Cotati is in Sonoma County, California, located just south of Rohnert Park & Santa Rosa. Cotati is famous for two things: wild chickens that hang out in local parking lots, as well as an annual accordion festival. There are also a few craft beer places. Here’s where to find the best craft beer in Cotati, California.

The best breweries in Cotati 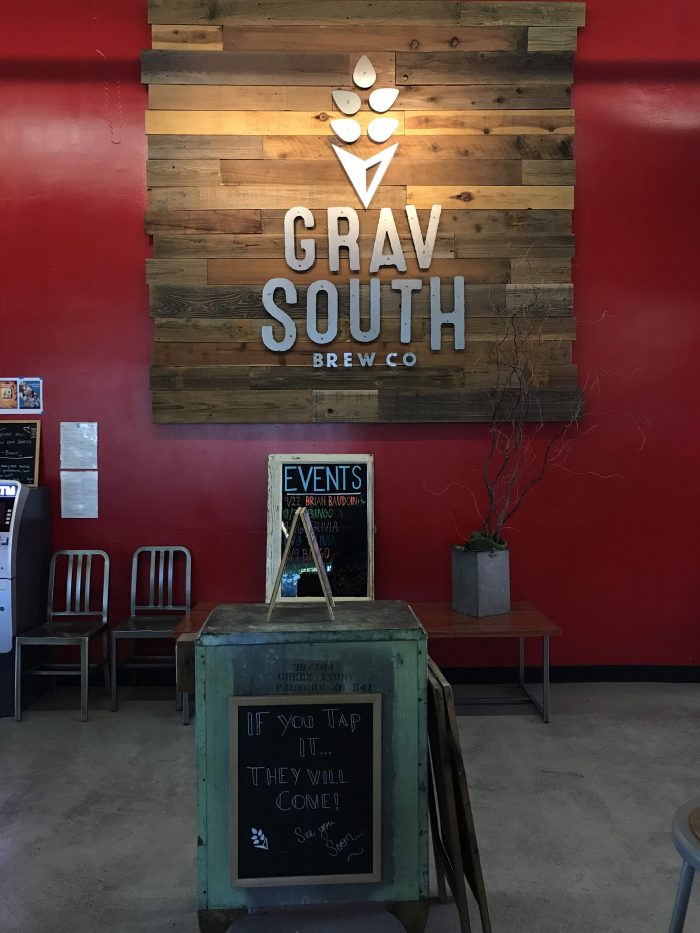 Before you even enter Grav South, you’re greeted by this gorgeous mural dedicated to Cotati. 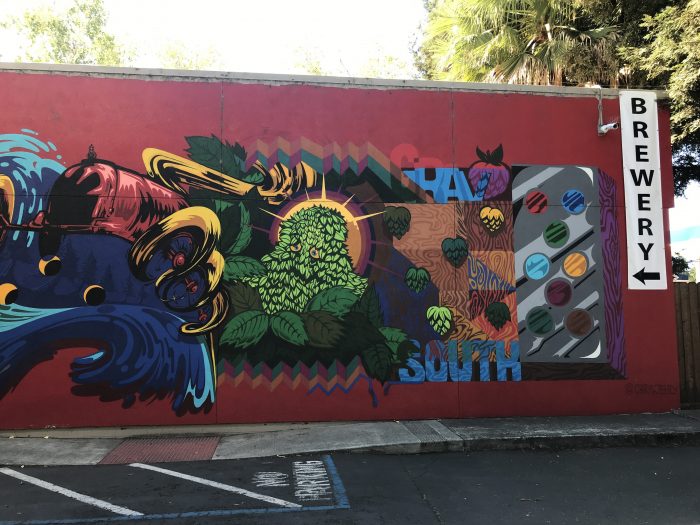 Grav is short for Gravenstein, a famous local apple that also appears as part of other local landmarks such as the Gravenstein Highway that passes by the brewery. 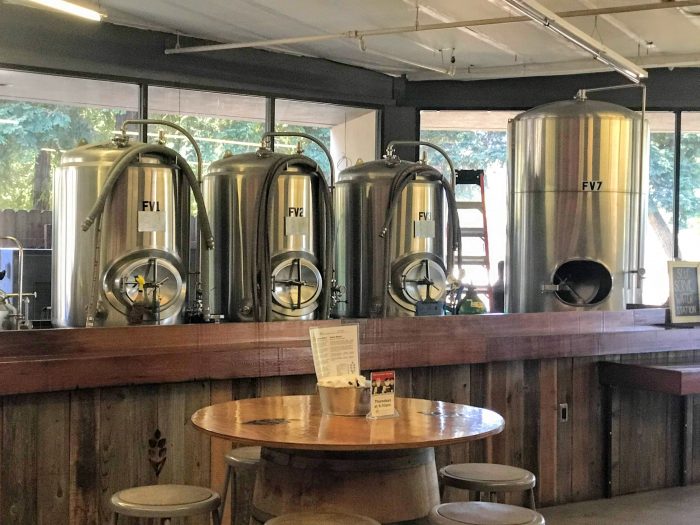 The brewery was opened by Corinne Barclay and Greg Rasmussen in 2016. Rasmussen was an award-winning homebrewer for years before finally opening Grav South. The bar has 8 taps of their own beer, plus a similar number of local guest taps. I was thrilled to find a fresh hop beer made from local hops on the menu when I visited. 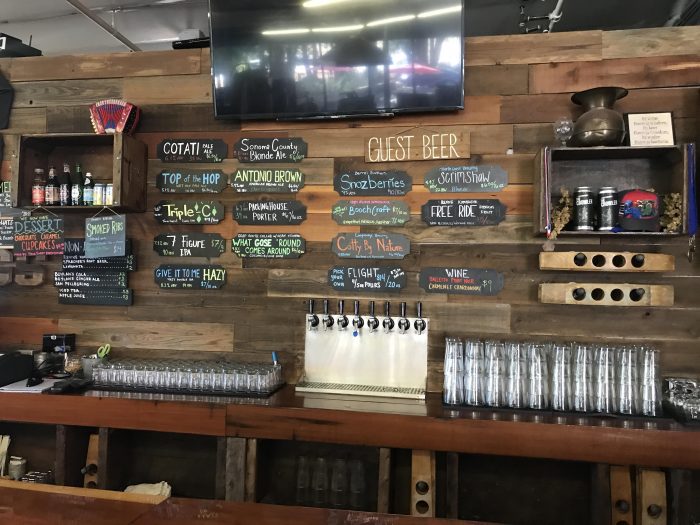 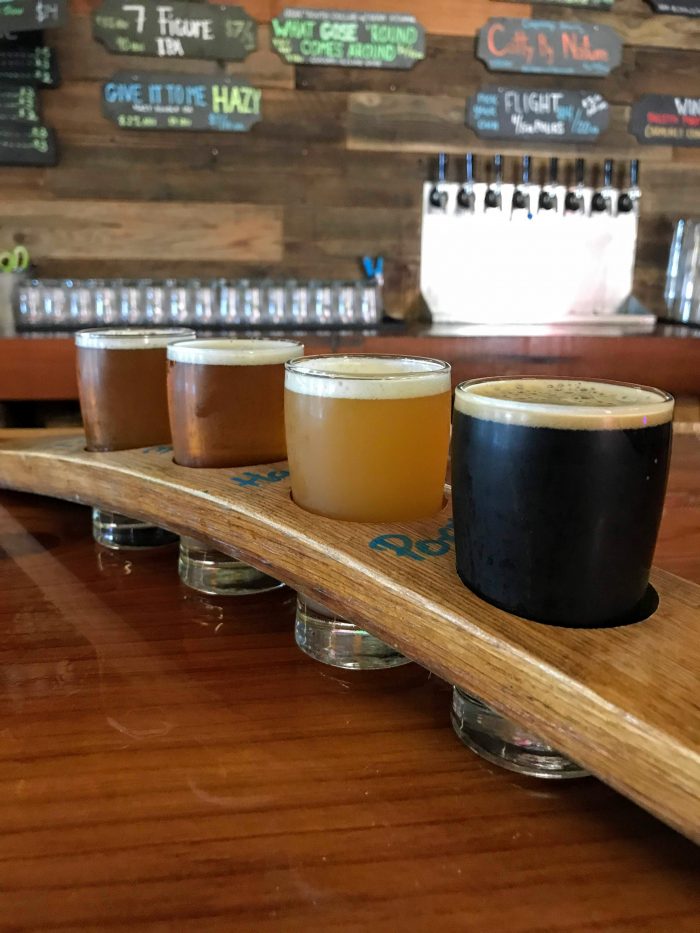 There’s also a full food menu. As I walked up, I could smell the day’s wood-smoked BBQ being cooked. 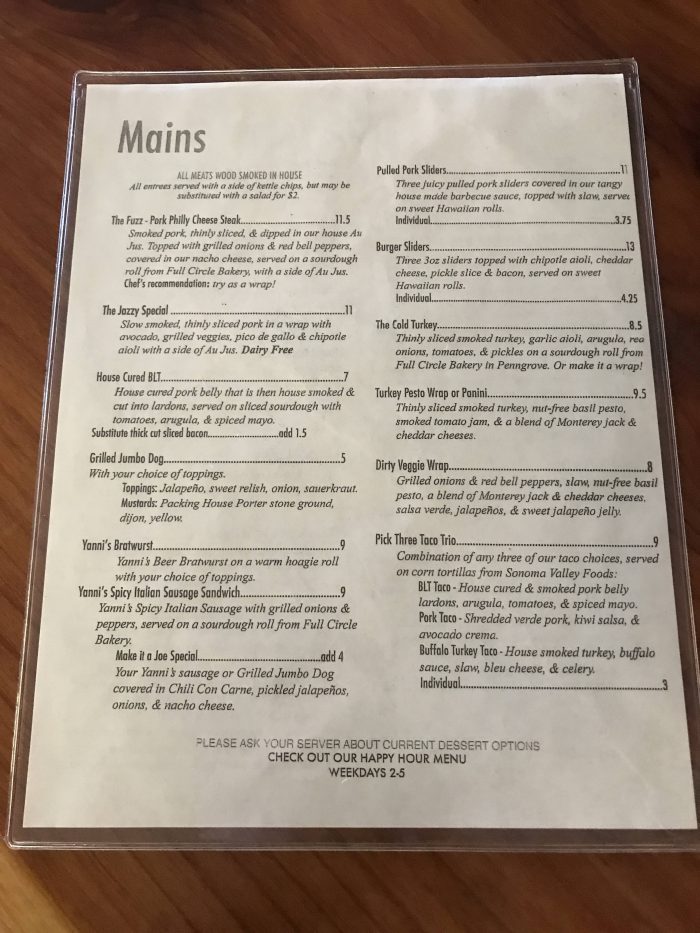 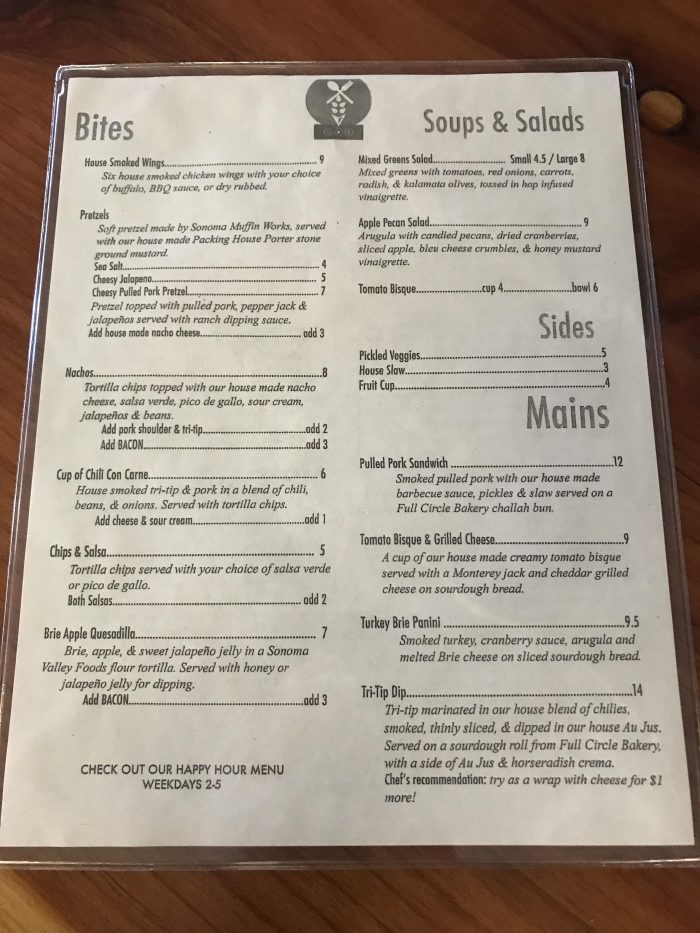 Grav South also has an outside patio & beer garden, plus they host weekly trivia & bingo nights.

Flagship Taproom is located in the center of Cotati. The bar, started by a group of childhood friends in 2016, has 20 taps, several of which are from local breweries such as Henhouse, Russian River, & Barrel Brothers. There are also bottles available. 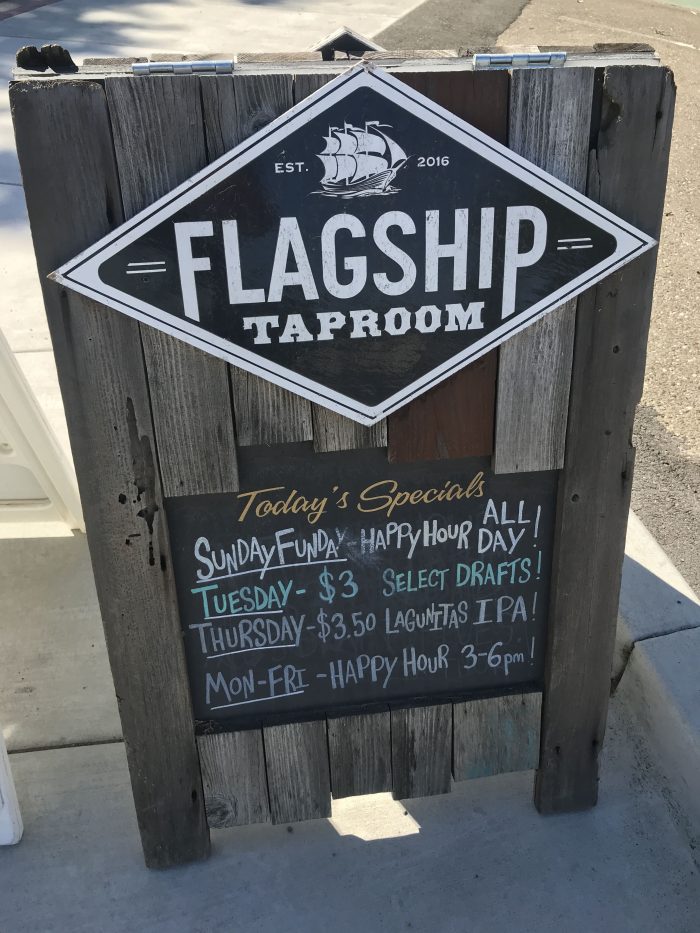 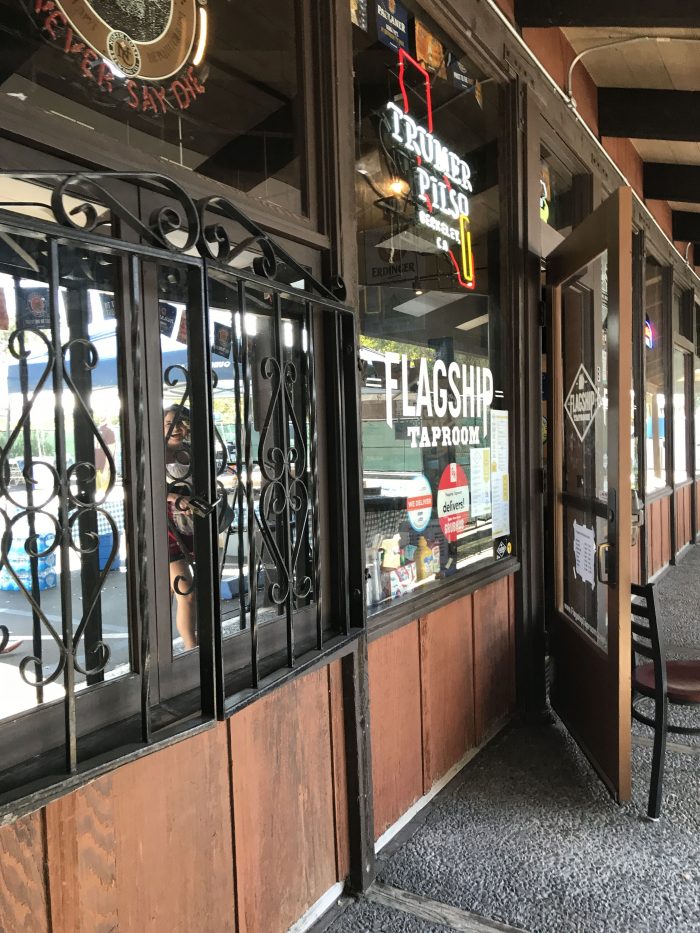 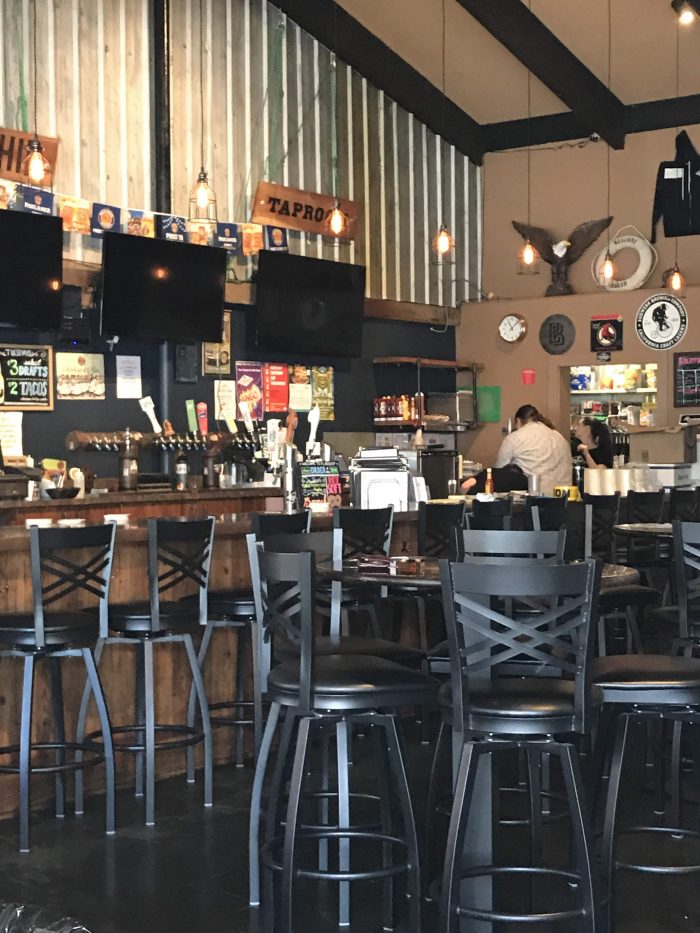 La Plaza Park, located just across the street from Flagship Taproom, has a statue dedicated to Cotati Accordion Festival co-founder Jim Boggio. It also serves as the home of the festival. 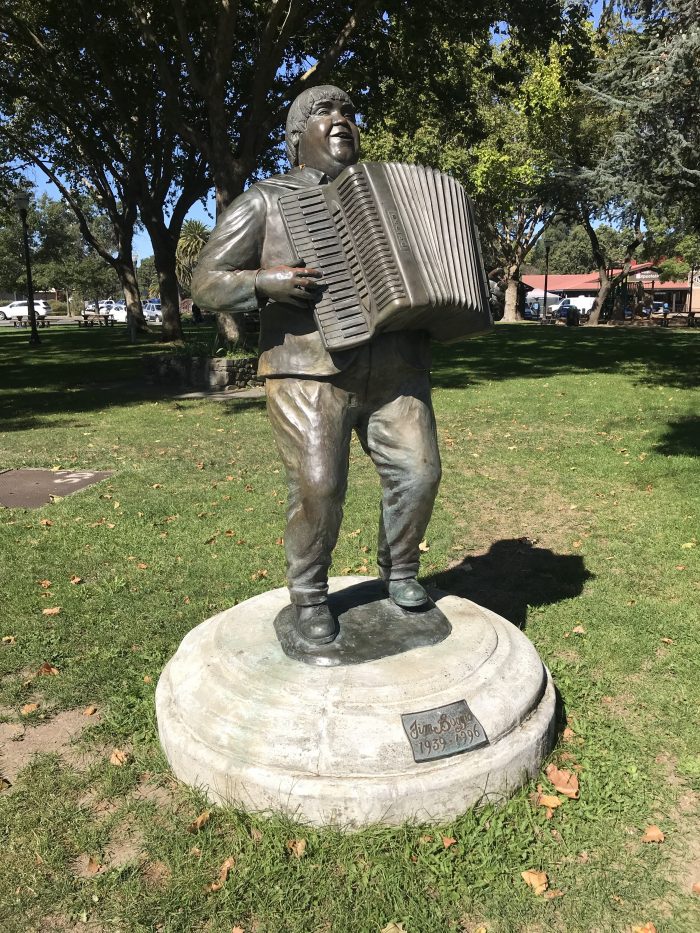 Other local bars in Cotati that serve craft beer include The Tradewinds, Friar Tuck’s, & Ronnies. Restaurants such as the Redwood Cafe, Superburger, Mike’s at the Crossroads, and Jaded Toad all have a small craft beer selection to drink with your meal.

Have you spotted other great Cotati craft beer places? Let me know in the comments! 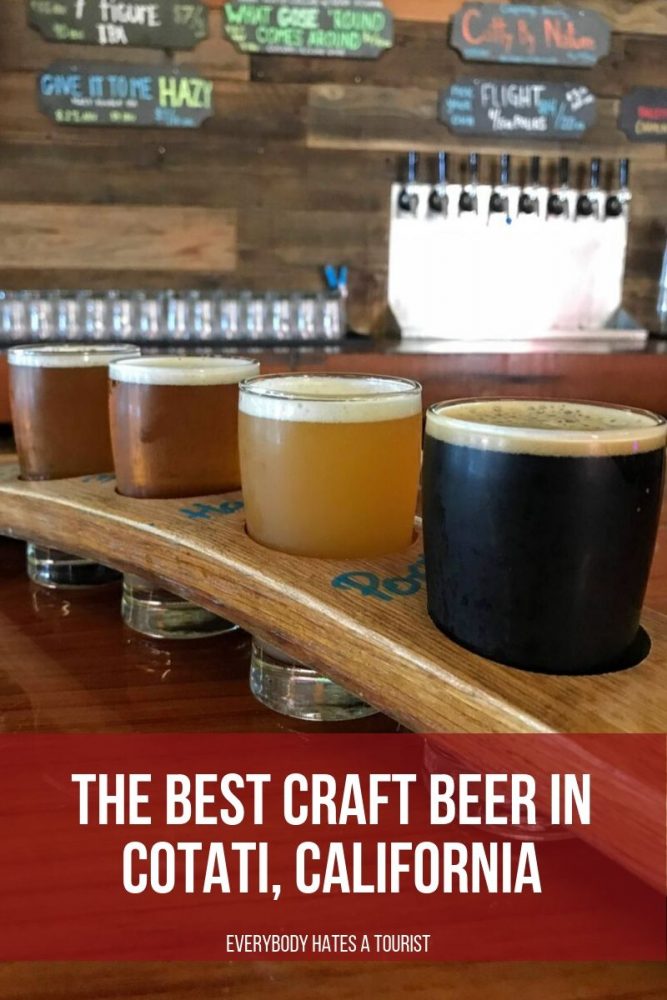