Cuenca, Spain is a gorgeous city that clings to the cliffs about halfway between Madrid & Valencia, making it a perfect day trip from each of them. While the cliffside paths, views, & stunning architecture draw visitors to Cuenca, there’s a reason to stay into the evening: the magnificent Taberna Jovi, a cocktail bar that would be one of the best in any city, never mind in a city of this small size. It was at Taberna Jovi that I experienced cocktail saudade.

Cuenca, Spain sits perched atop a narrow point between two river canyons. If you like hiking, it’s got plenty, but it also has interesting architecture & history to explore as well

For the most part, cocktails are not at the forefront of Spanish drinking culture. Sure, there are a few local specialties such as Agua de Valencia, and if sangria counts as a cocktail, there’s that too. Otherwise, Spain is known for wine, sherry, & vermouth. There are some good cocktail bars around in each city of course, but generally, Spain’s contribution to drinking culture comes in the form of fine ingredients.

That’s why I was a bit surprised to see an intriguing looking bar as I wandered around Cuenca. I spotted a sign for Taberna Jovi at the intersection of two alleyways, just down a staircase in the old center of the town, all of which are good qualities for a drinking establishment. However, Taberna Jovi was closed. I looked up the hours so I could return to the cocktail bar later in the afternoon, & then also found that it has stellar reviews. Sold. 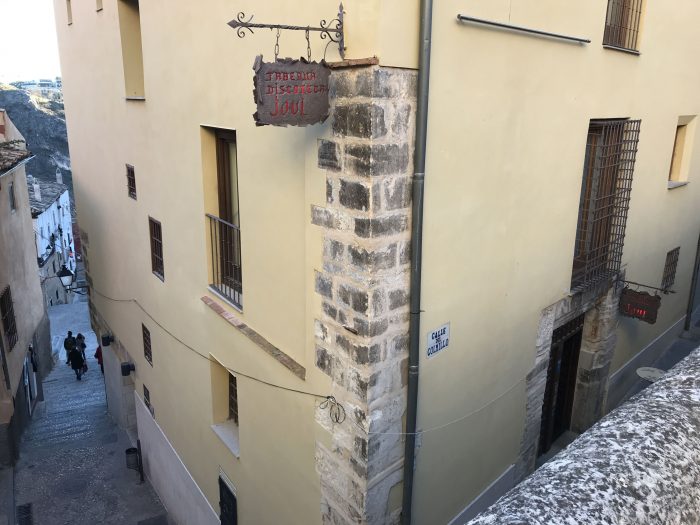 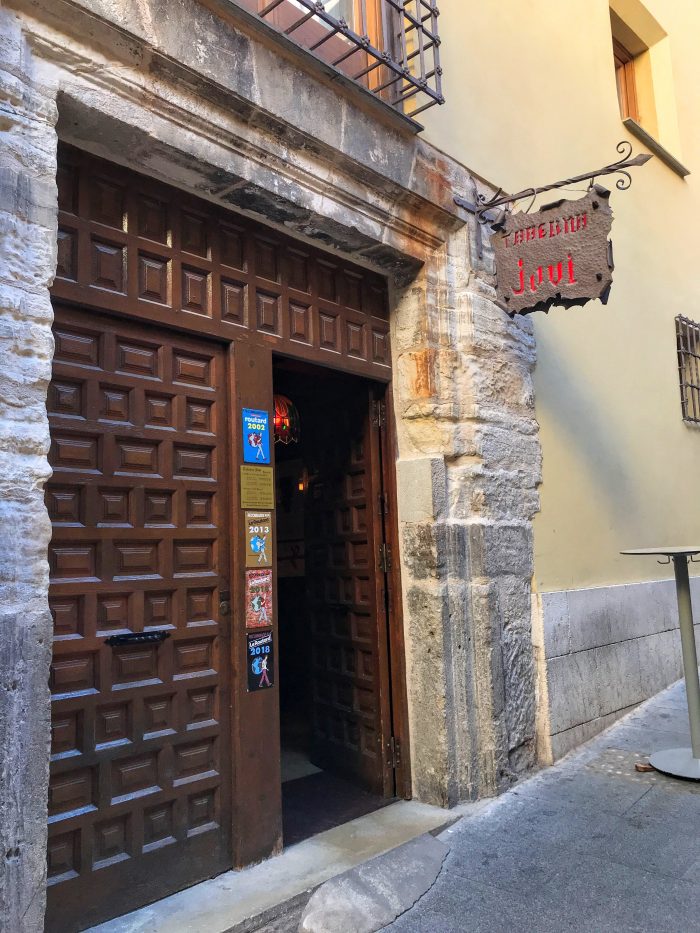 Based on the exterior of the building, you might expect that it would look like some kind of dungeon inside. Instead, the interior of Taberna Jovi is warm & welcoming, with the sort of dark feel of the library or study of someone richer than you. There’s dark wood & leather everywhere. If you aren’t in the mood for a cocktail before entering Taberna Jovi, you will be as soon as you set foot inside the bar. 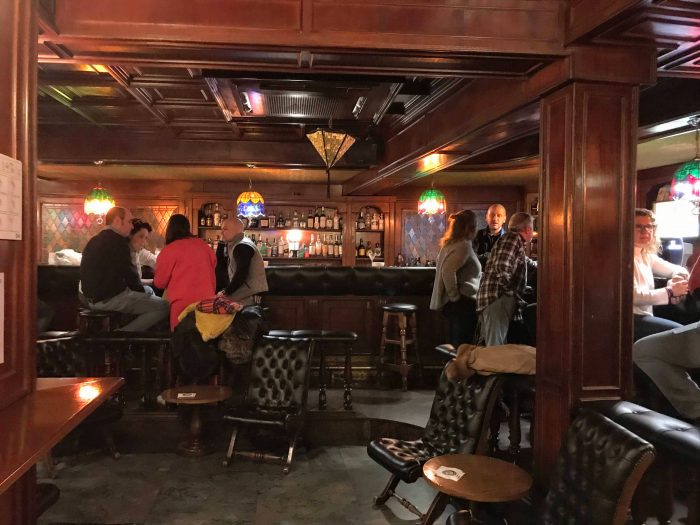 Given the wood & leather, my immediate instinct was to have a Manhattan. 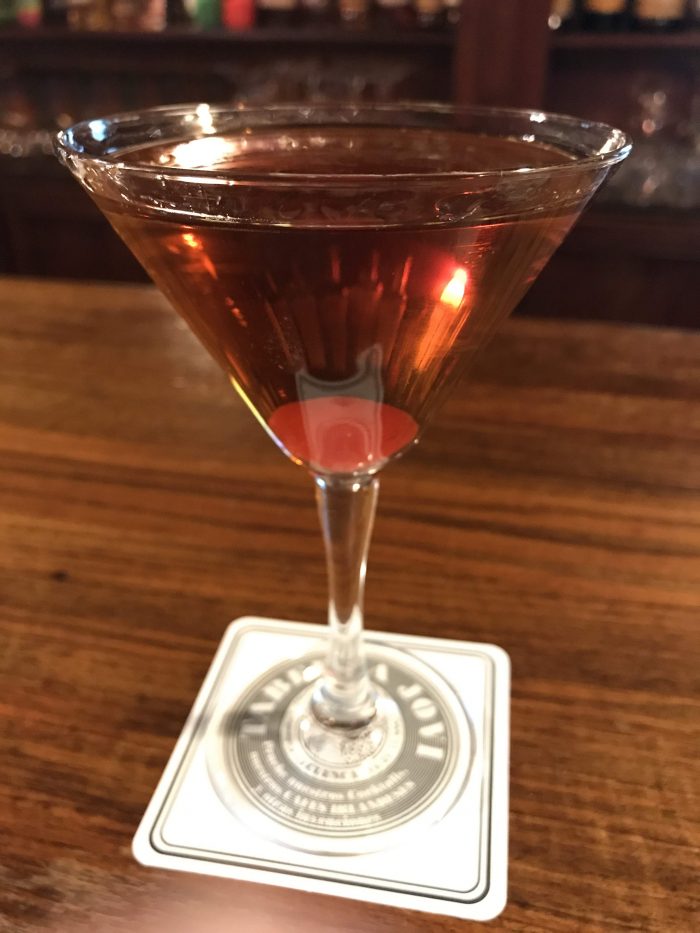 As I sipped it, I noticed another cocktail menu hanging on the wall. 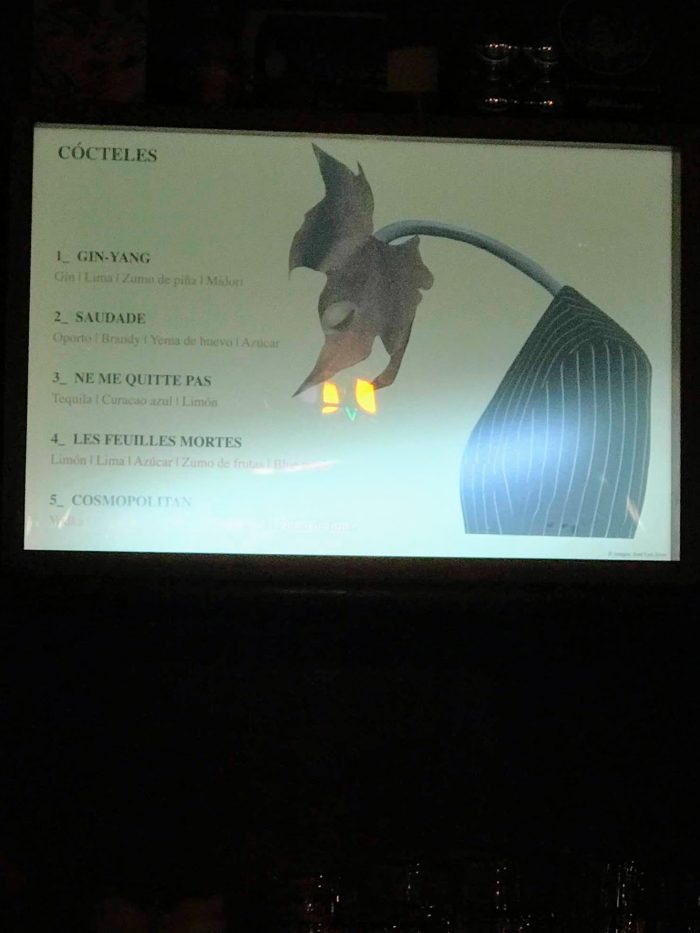 The “Saudade” cocktail sounded interesting. Port, brandy, egg yolk, & sugar. While the Manhattan was good, I had to try this intriguing new drink I’d never heard of before. 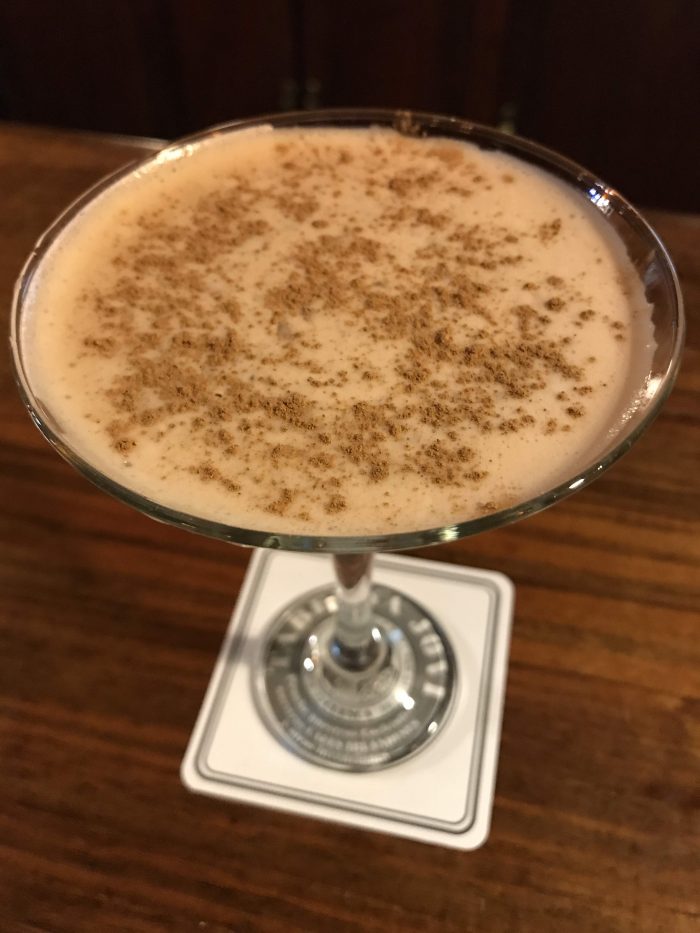 Though the weather in Cuenca on this January day was not particularly cold, it was still winter, and the Saudade is a perfect winter cocktail. The egg gives the drink a rich, full texture, and the nutmeg on top gives it a holiday flavor. 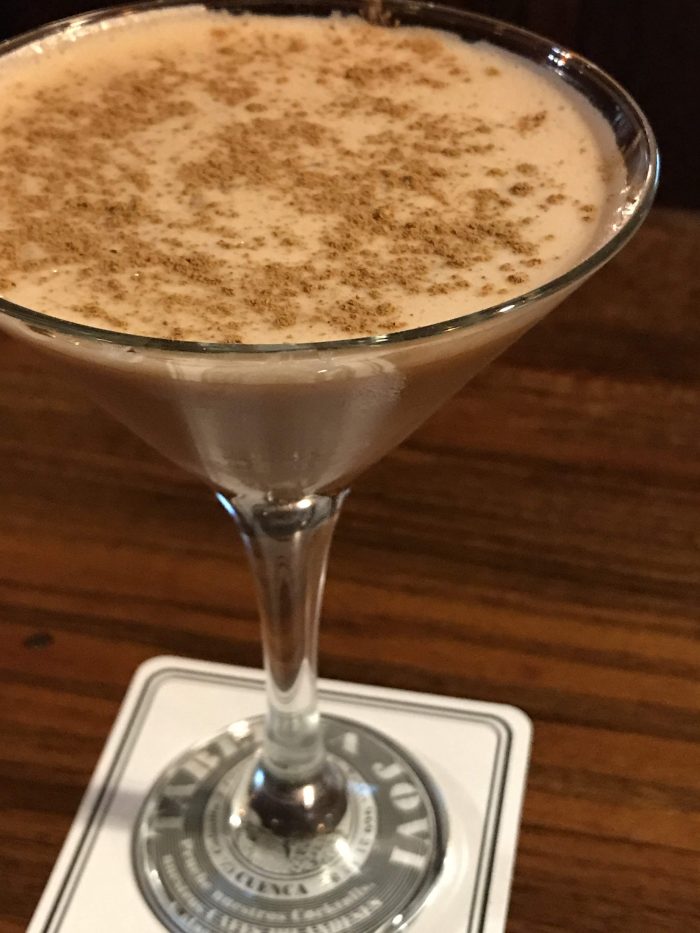 While I was enjoying my Saudades, I decided to research the drink. What was this delightful new concoction I’d stumbled upon?

As it turns out, what I now knew as a Saudade has another name. I hadn’t found some new creation. What I was encountering for the first time is better known as the Porto Flip, a cocktail that dates back to at least 1862, where the ingredients were first mentioned in “The Bartender’s Guide: How to Mix Drinks; A Bon Vivant’s Companion” by Jerry Thomas. People were drinking this back during the Civil War.

Ingredients for a Porto Flip

If the photos above now have you wondering how to make a Porto Flip, here you go.

Put the ingredients in an ice-filled cocktail shaker. Shake it like a Polaroid picture. Strain into a cocktail glass. Sprinkle with nutmeg or cinnamon. Enjoy your Saudade.

Note that this is based off the official Porto Flip recipe from the International Bartenders Association. Slight variations can use a whole egg instead of just the yolk, and/or sugar/simple syrup, as was the case with the Saudade at Taberna Jovi in Cuenca.

The meaning of Saudade

But what is saudade? And why is it appropriate for this cocktail?

Saudade is a Portuguese word that has no proper equivalent in the English language. It’s a description of a particular feeling, reflecting on a moment in time, a time of longing for something from the past.

Saudade is best defined as “A somewhat melancholic feeling of incompleteness. It is related to thinking back on situations of privation due to the absence of someone or something, to move away from a place or thing, or to the absence of a set of particular and desirable experiences and pleasures once lived.”

It is a wonderfully descriptive word that I wish existed in English, as it’s perfect for so many situations. We’re all familiar of the concept of saudade, we just don’t have a singular word for it. It is sad, & it is beautiful.

I’d stumbled on this delightful bar in an alleyway in Cuenca, Spain, & I fell back in time while having a delightful evening of cocktails & reflection.

Whatever the proper name of the drink, I will look back on it with saudade. 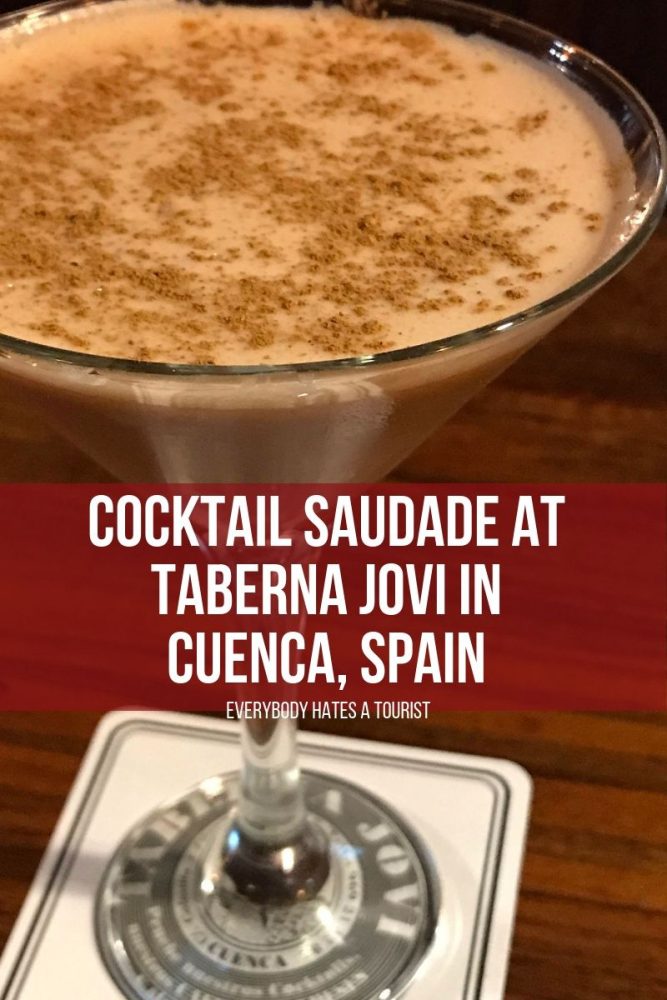