Shinjuku is Tokyo’s high-energy heart. Shinjuku Station is the busiest train station in the world, with millions (yes, millions!) of people passing through it every day. The glowing lights, crowds, & sights of Shinjuku are a lot to take in, but it’s here where you can find many of Tokyo’s best bars & restaurants. Despite the dense electricity of Shinjuku, there are still somehow tons of interesting places to get some peace & relax. When I visited Tokyo with a friend, we found an amazing quiet cocktail bar in Shinjuku that just might have the perfect cocktail experience: Bar Cocktail Book.

In most cities around the world, bars & restaurant spaces are confined to ground floors, basements, and dedicated shopping & entertainment complexes. Japan is a bit different. Some of the best bars in Tokyo might be on a random floor of some office building, down the hall from a dentist. It’s delightful, but it also means that hidden gems can simply stay hidden. Even if you see that reviews of a bar are good, what lies behind a door?

Bar Cocktail Book is on the 2nd floor of a building on one of the quieter streets north of Shinjuku Station. We climbed the stairs & found ourselves in a dark hallway. We’d arrived at the bar, which from the outside looked no different from someone’s apartment. After a quick use of Google Translate to make sure the sign didn’t say anything like “DO NOT OPEN THIS DOOR”, I opened the door. 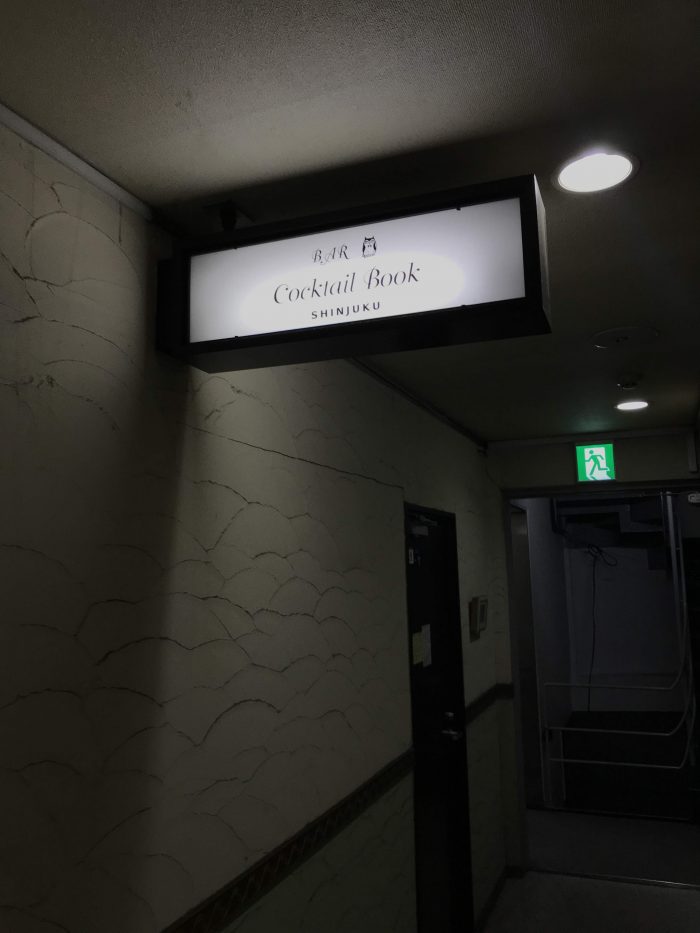 Beyond that dimly-lit doorway, we found this delightful surprise. A beautiful, well-appointed bar with seats for about a dozen people, backdropped with the twinkling lights of Tokyo behind it. 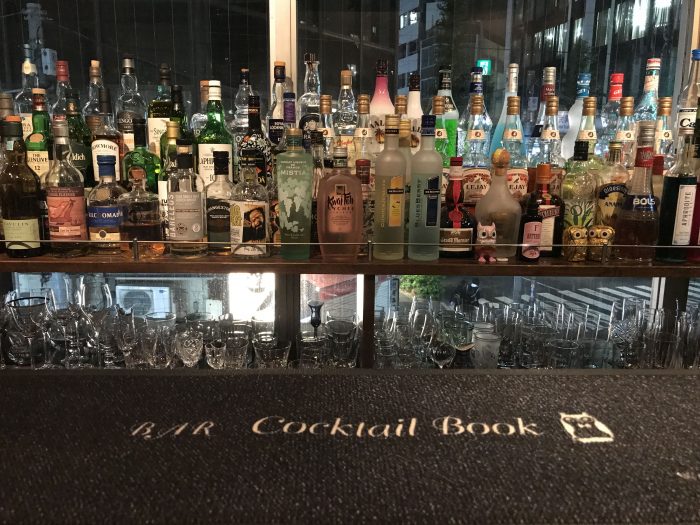 We were warmly greeted by the bartender, Akira, who looked every bit the part as our perfectly-coiffed host. Nobody else was in the bar when we walked in. It was as if Akira had been waiting for us to arrive. We sat down, and he gave us each a warm towel. He apologized & said that he did not speak much English. 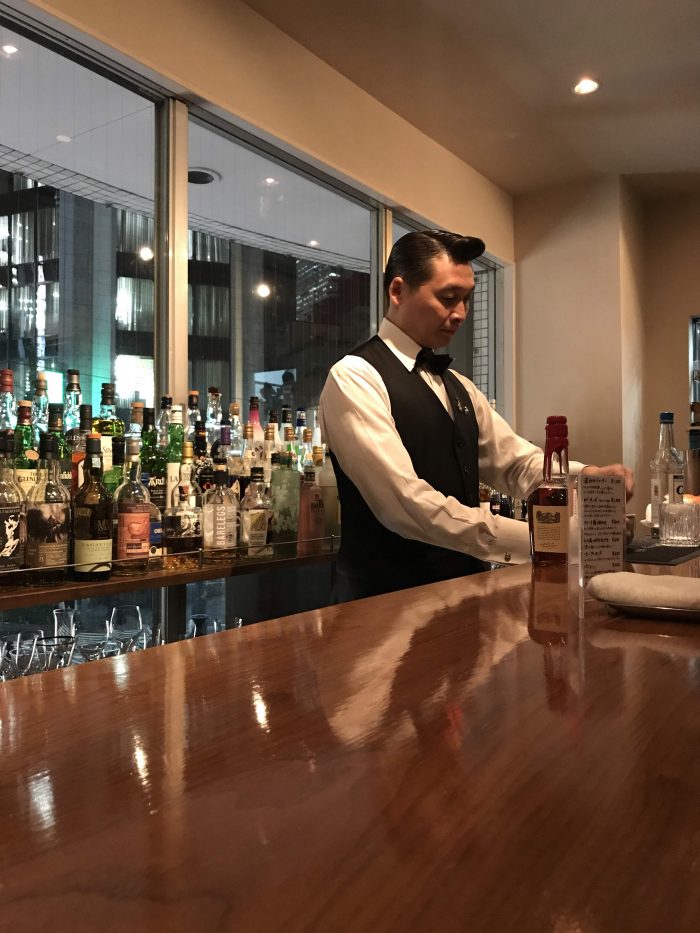 There’s not really a set drinks list at Bar Cocktail Book. Akira has a few favorite specials, and he’ll concoct seasonal drinks as well. But otherwise, you can just tell him what you like & he’ll make you something unique. Watching Akira work his magic is truly a treat. Every action he takes is perfect & with purpose. For those minutes that he is constructing your cocktail, it is the most important thing in the world. 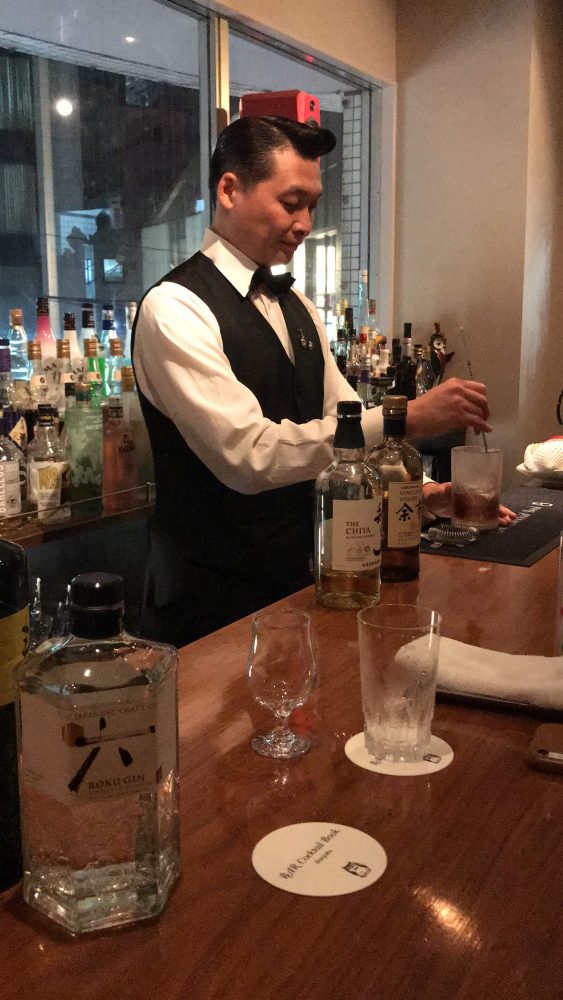 My first drink was one that I’d seen mentioned in a couple of reviews: a matcha old fashioned. I always gravitate toward whiskey-based drinks, plus I also love cocktails with a local twist, so this was right in my wheelhouse. 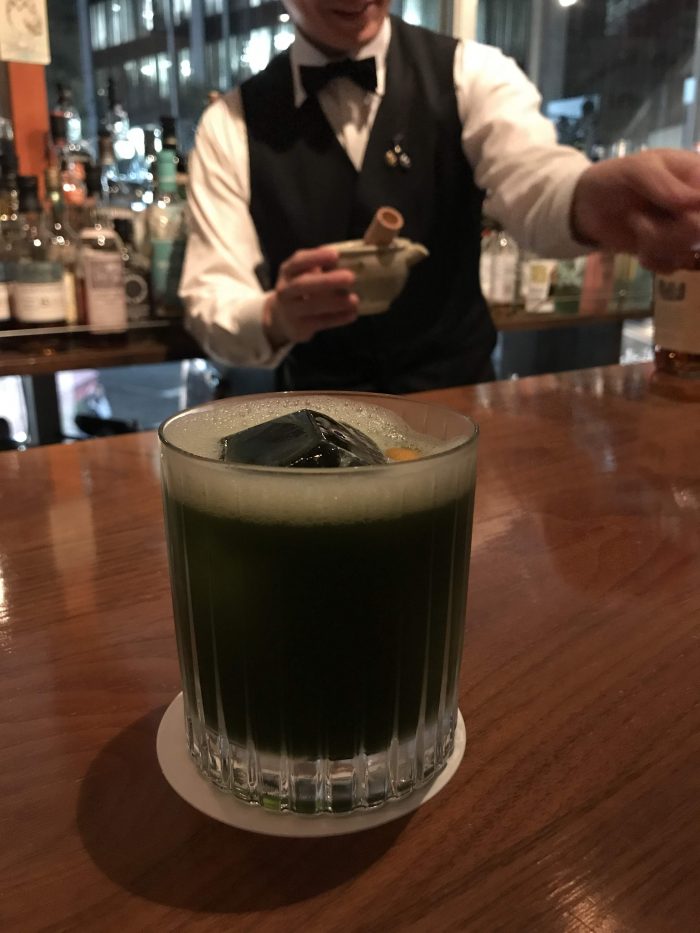 My friend asked for something gin-based, so Akira made him a lovely cocktail with Roku Craft Gin & Kanade Yuzu. 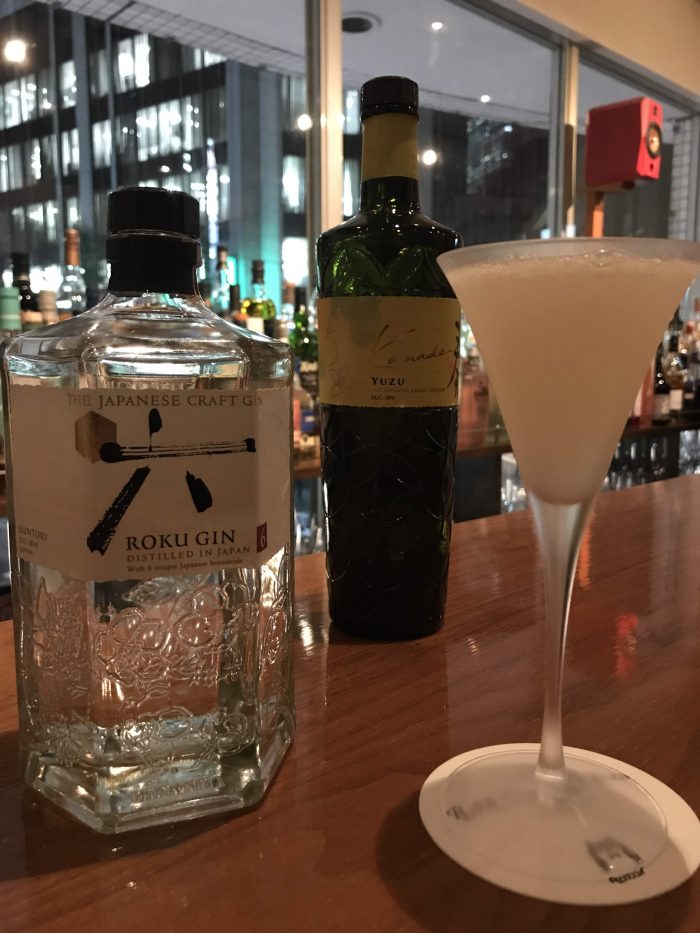 In addition to our drinks, he also gave us a bonus: a small pour of each spirit so we could taste what they were like on their own.

As it would turn out, Akira underplayed his English skills a bit. While we drank, we chatted with him a bit.

Initially, I had thought that given the lack of information about Bar Cocktail Book online, it must have recently opened. In fact, Akira has been running it since 2011. He formerly worked at a hotel bar in Shinjuku for 12 years. Akira has brought this hospitality to his own bar, combining his bartending skills with an attention to detail that makes for an unforgettable evening.

We weren’t the only people who have taken note of Akira’s skills. Look around the bar, and you’ll spot a few of the bartending awards he has won. 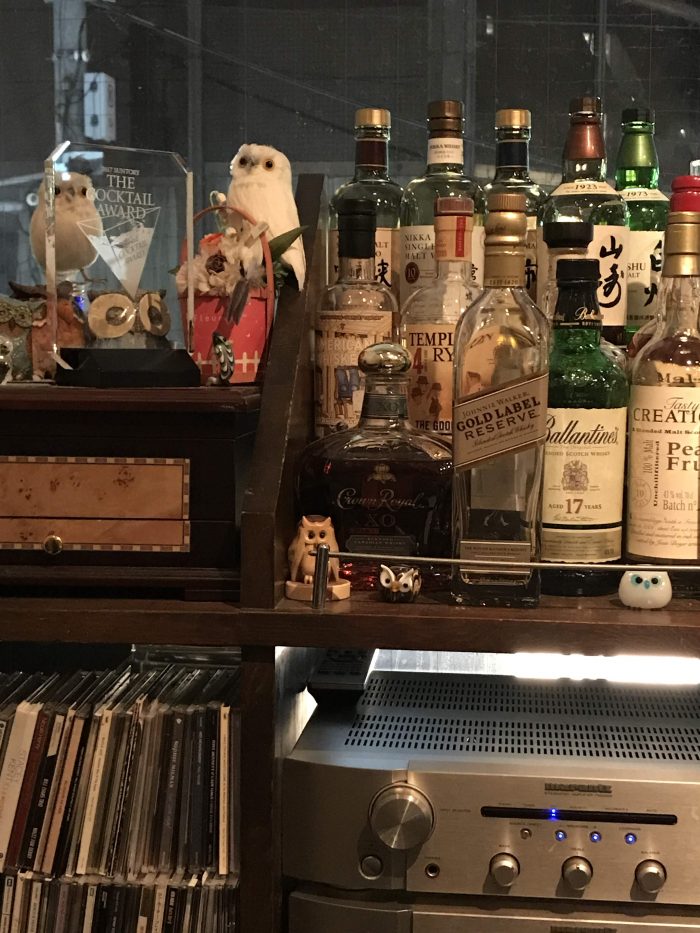 As you look around, you’ll also begin to notice a theme. Perhaps you’ve already noted it from the photo above. I first spotted it on the metal skewer that was holding the grapes Akira gave us as part of a snack plate. 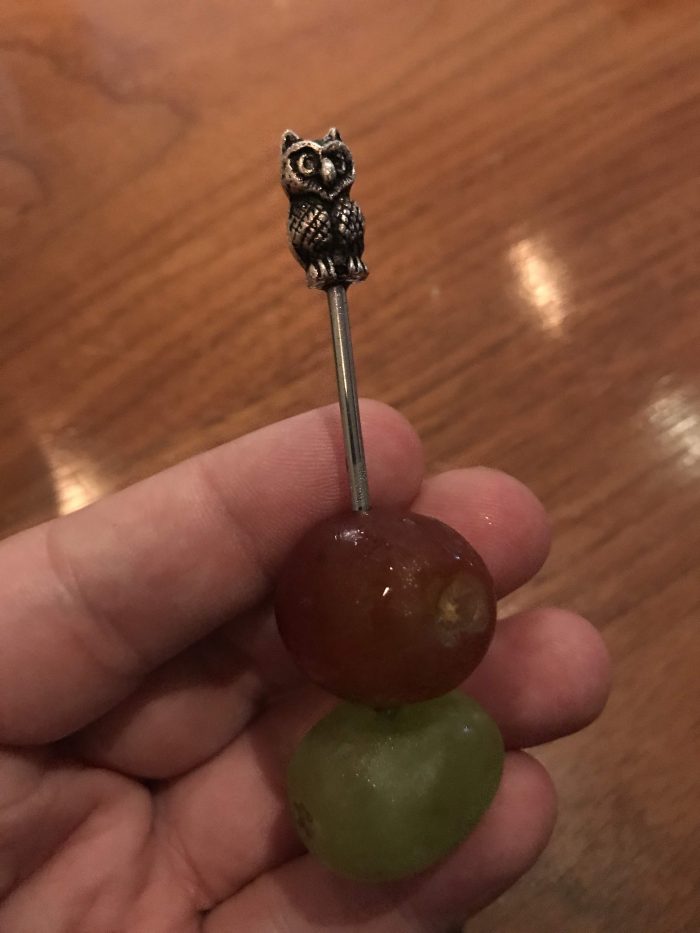 Owls are the mascot of Bar Cocktail Book. The reason? Akira’s wife loves owls. Their presence is a connection to her, and adds a personal touch of home to the bar. 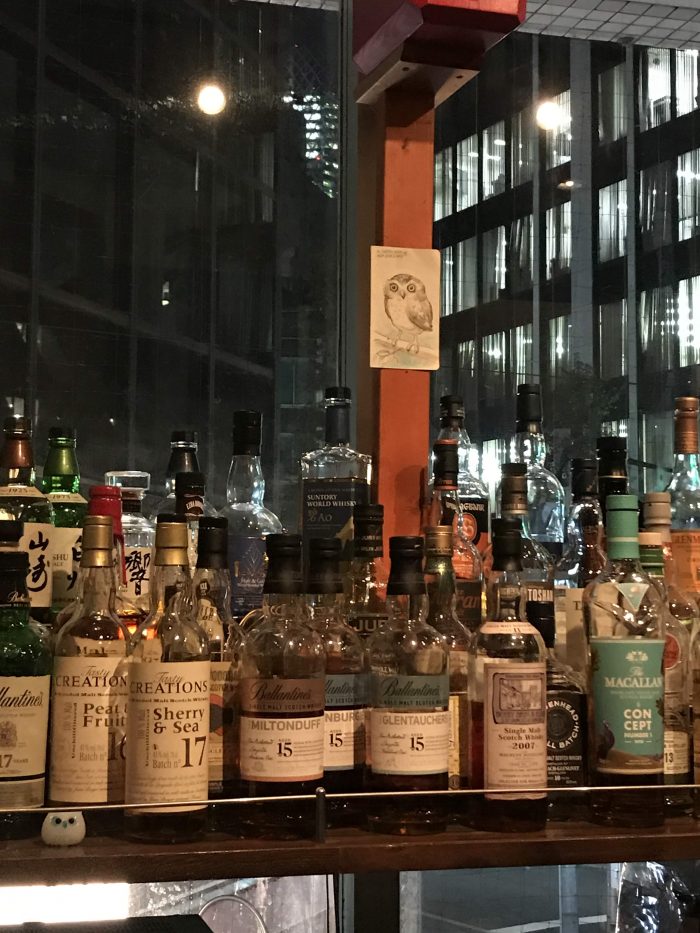 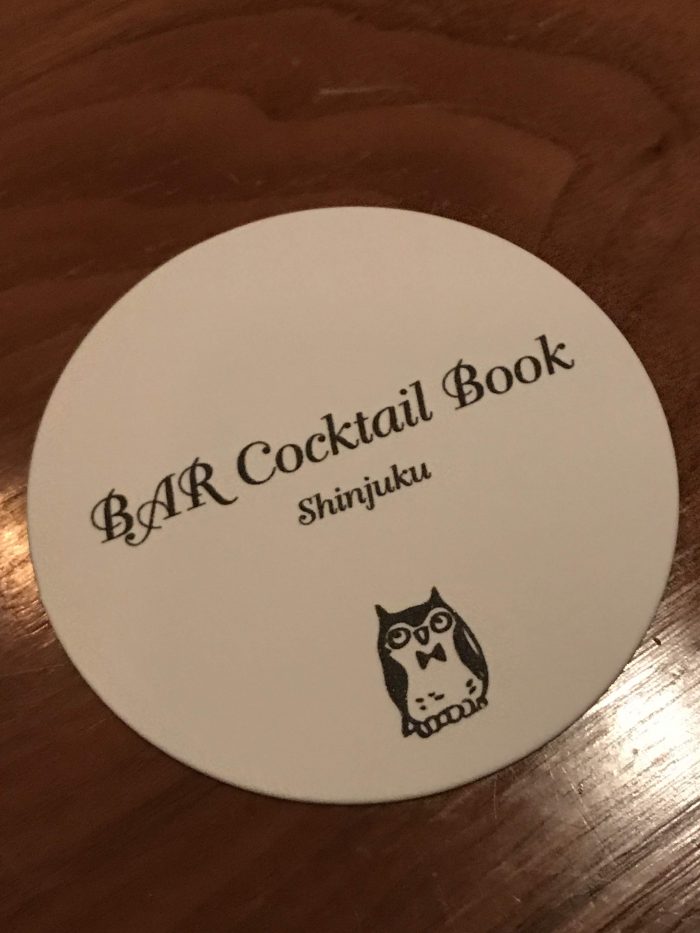 After a little while, a couple of other customers arrived. They seemed to be regulars. We watched as Akira made them highballs. The highball is a simple drink. Take some whisky, plus some club soda, along with some ice, and you have yourself a refreshing cocktail. In the United States, ordering a whiskey soda will get you a (probably generous) pour of whiskey topped off with soda from a gun. In Japan, the highball is made with more care. The club soda will be poured from a bottle. Then the drink will be mixed ever-so carefully in order to not lose the carbonation. I’ve seen this process at many bars on my visits to Japan, but even the most meticulous could not stack up to Akira.

Once I was done with my green tea old fashioned, it was time for another drink. Noting the whisky collection behind the bar, I requested a Japanese take on a Manhattan, my favorite cocktail. I left the details up to Akira, knowing I would be in good hands. 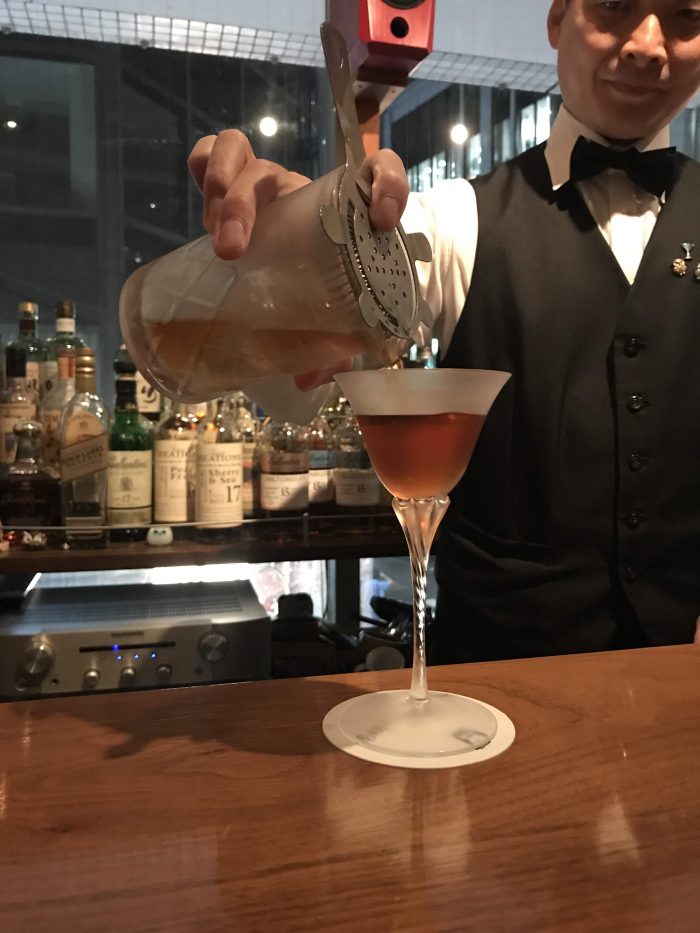 Here’s what I got: A Manhattan-esque drink (should it be called a Tokyo?) made with The Chita, Single Malt Yoichi from Nikka (a distillery I had visited in Hokkaido last year), and Lejay Crème de Myrtille berry liqueur. 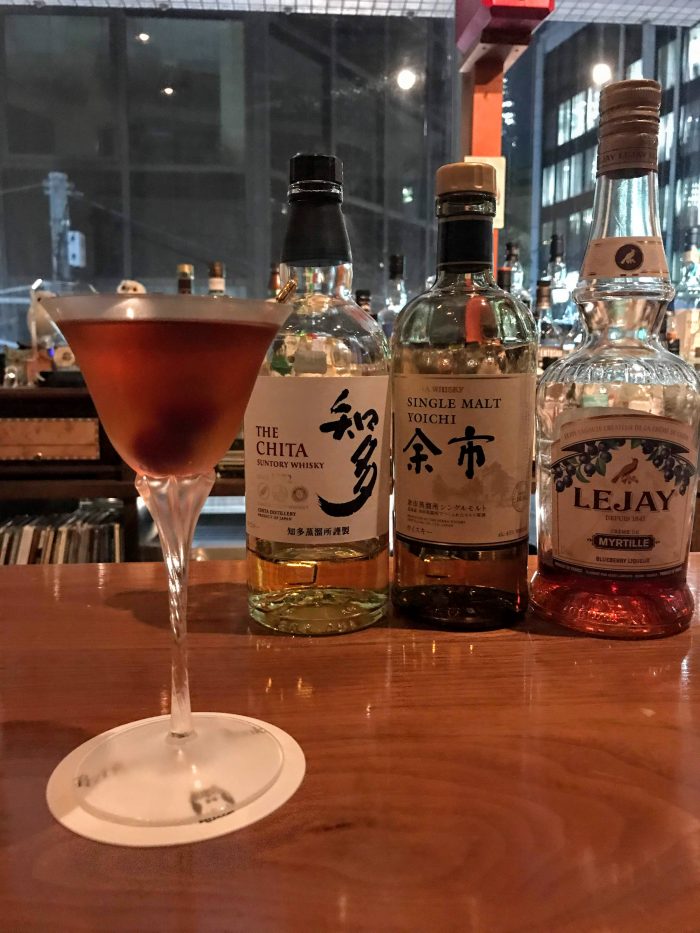 Bar Cocktail Book is a wonderful bar. Akira is the perfect host. He’s both meticulous and welcoming. A lot of care has gone into making his bar this inviting, but not so much that any of it feels pretentious. He’s truly a connoisseur of what makes a great drinking experience. A small part of me wanted to keep this all as a secret for just myself and trusted friends so it stays off the radar, but that felt wrong. Now that you have the knowledge, you can make Bar Cocktail Book part of your quintessential Tokyo nightlife experience, just as I will do on future visits to the city. 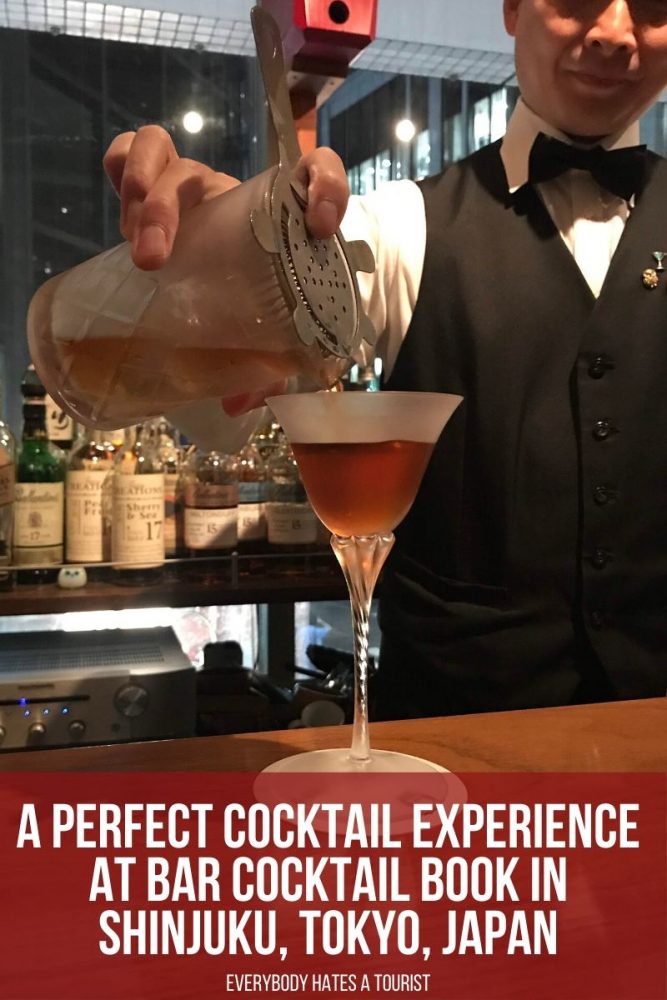