Finally, it was time for me to go home. After an excellent trip through Japan & South Korea, then a fun day layover in Tokyo, it was time to leave the JAL First Class lounge in Haneda and go to my flight. I had booked my ticket before American Airlines devalued their awards, and I was flying on JAL First Class from Tokyo to San Francisco on a Boeing 777-300ER.

Boarding was uneventful. I sat in 2A, the same seat I had sat in on my way over when I had flown in JAL first class from San Francisco to Tokyo Haneda. The first class cabin is two rows of a 1-2-1 configuration.

JAL’s first class suites on the Boeing 777-300ER are excellent. They aren’t private suites, but they are still nice and spacious, with nice big entertainment screens.

There was one difference from my first flight across the Pacific. Japan Airlines had begun issuing new amenity kits during the few weeks I had been away. The bags were from Loewe, though many of the contents were similar. It had the same Shiseido products.

Six of the eight first class seats were filled. Most of them were from the nice family of four I had seen in the JAL first class lounge.

I changed completely into PJs, then settled in with some pre-departure champagne. As always, the Japan Airlines service was excellent. 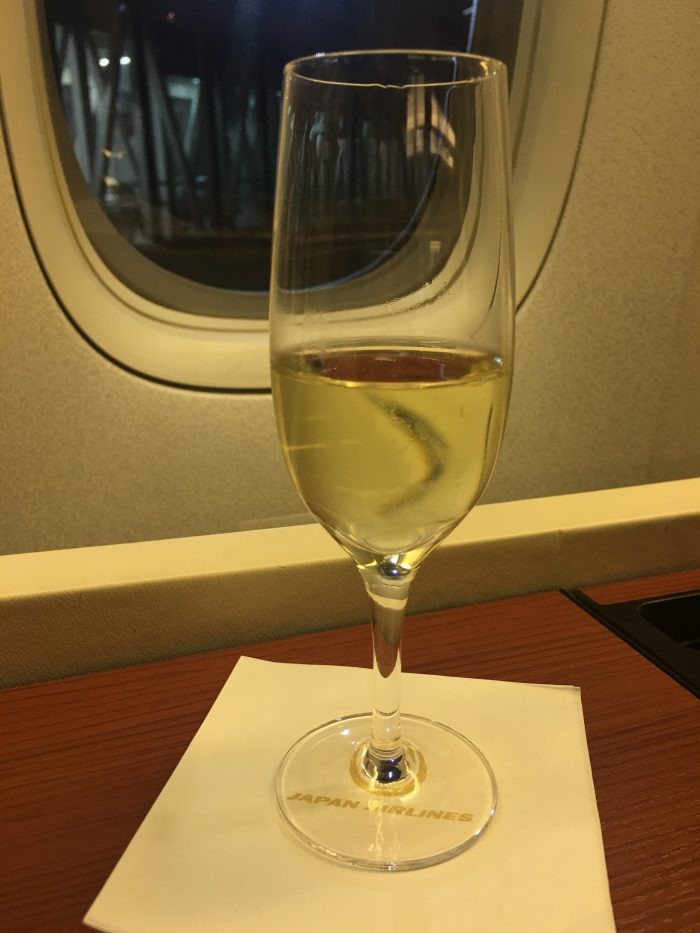 Not long after takeoff, meal service began. Like my flight from San Francisco to Tokyo, there wasn’t a full dinner due to the late 12:05am departure time. JAL has since redone their flight schedule so the flights don’t depart as late.

Here are the menus for JAL first class from Tokyo to San Francisco. 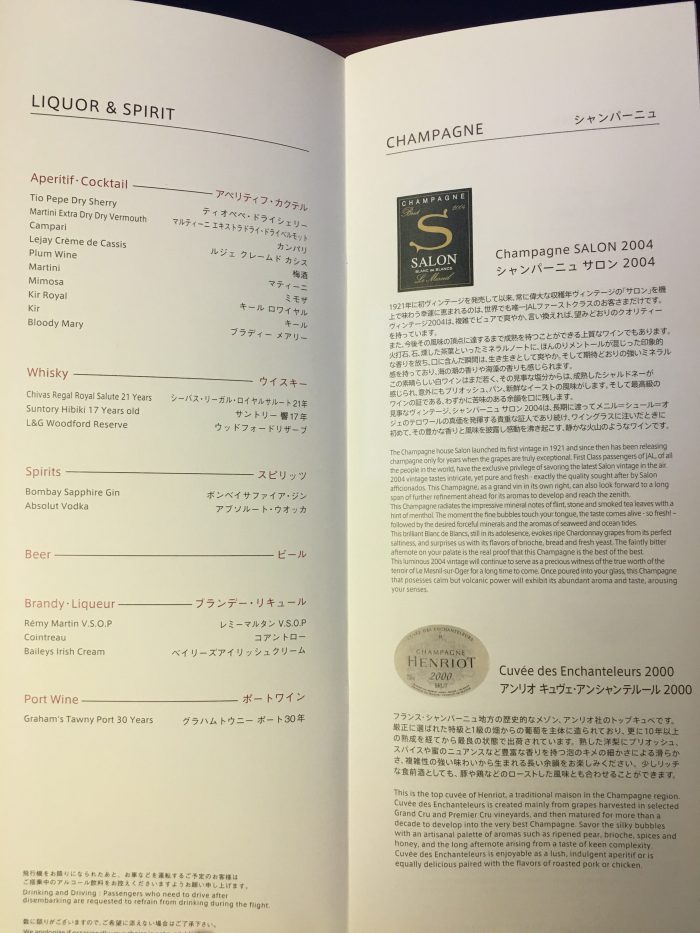 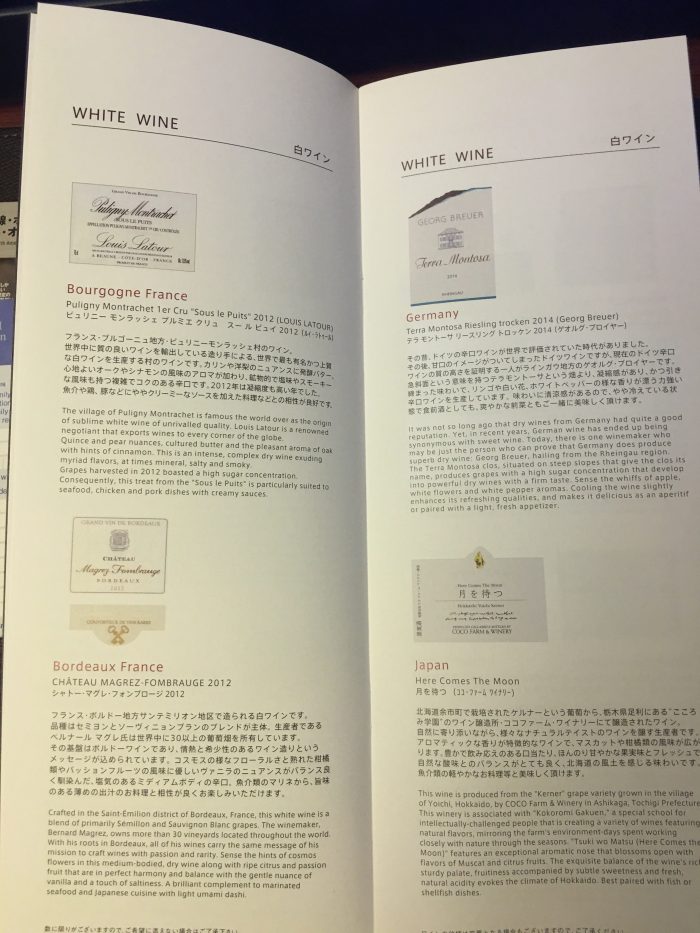 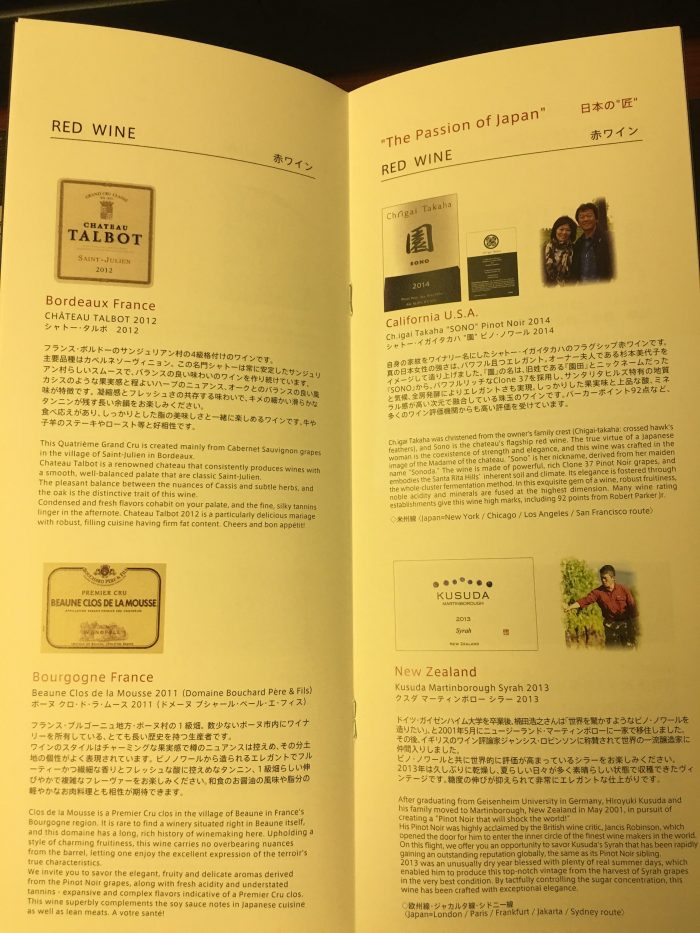 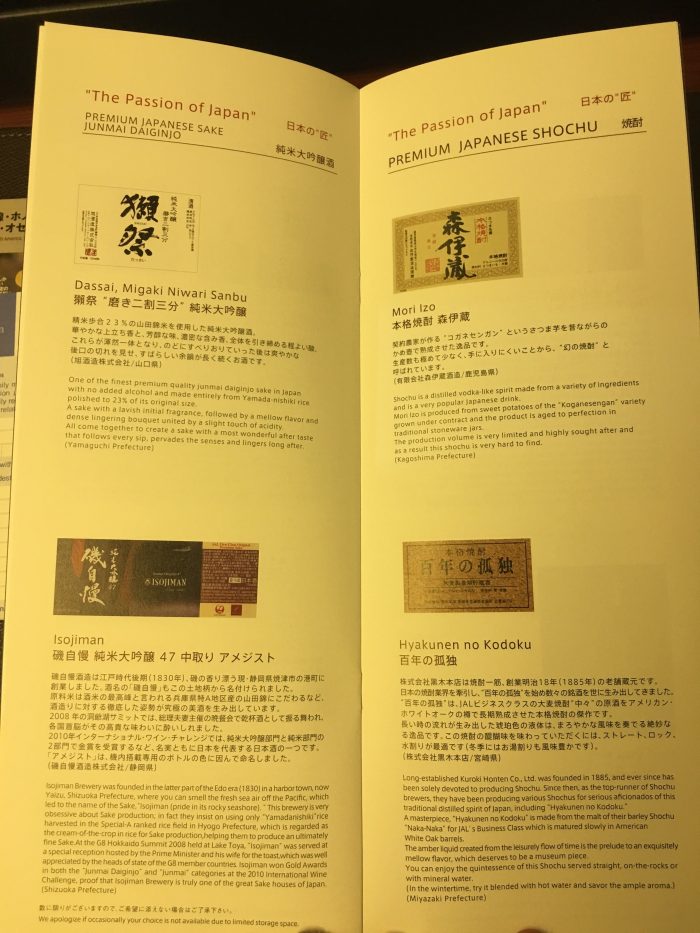 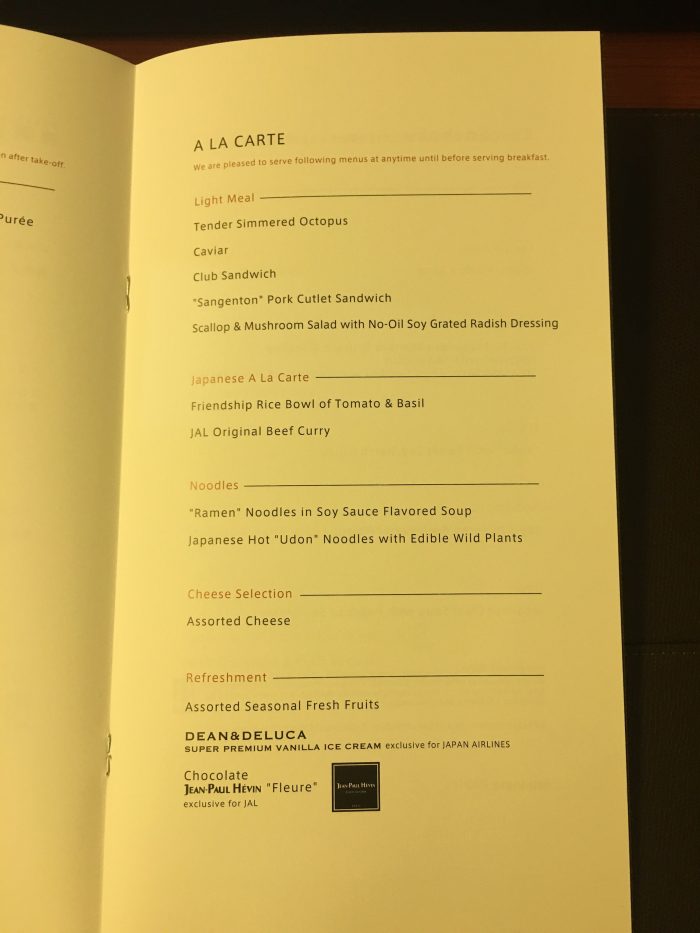 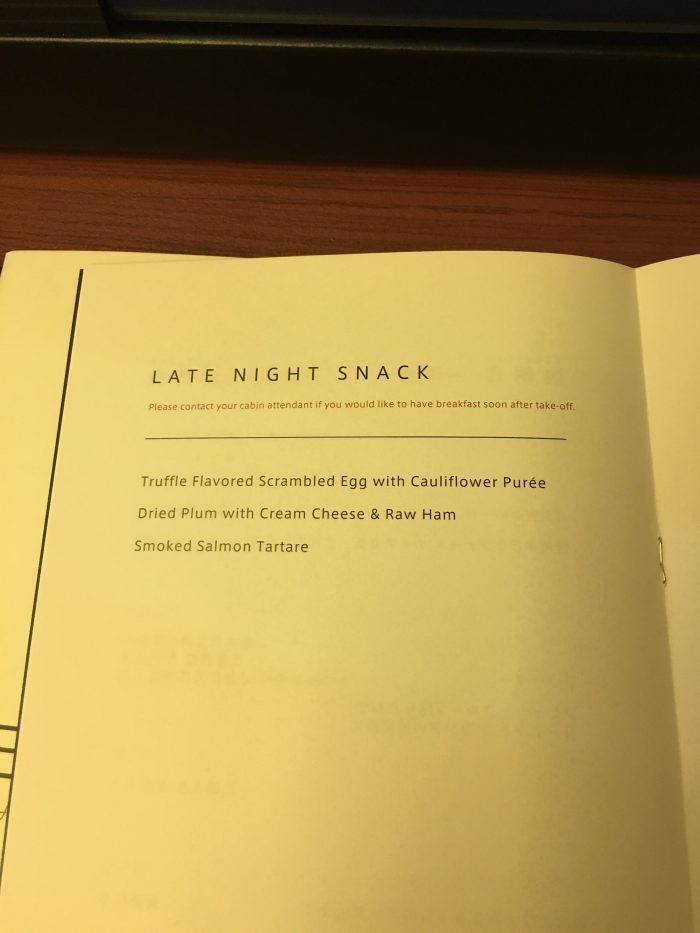 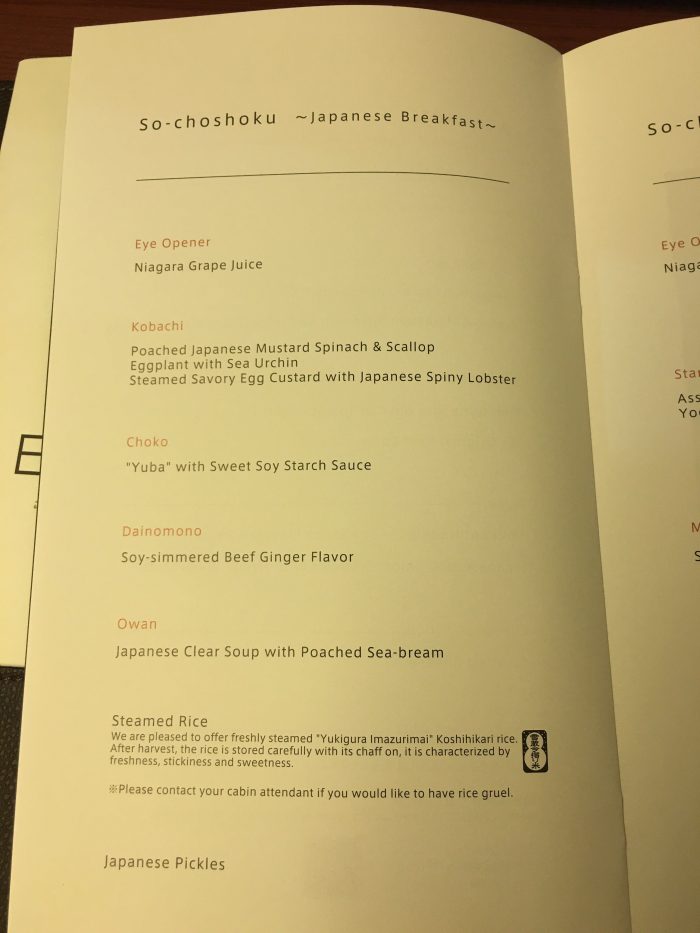 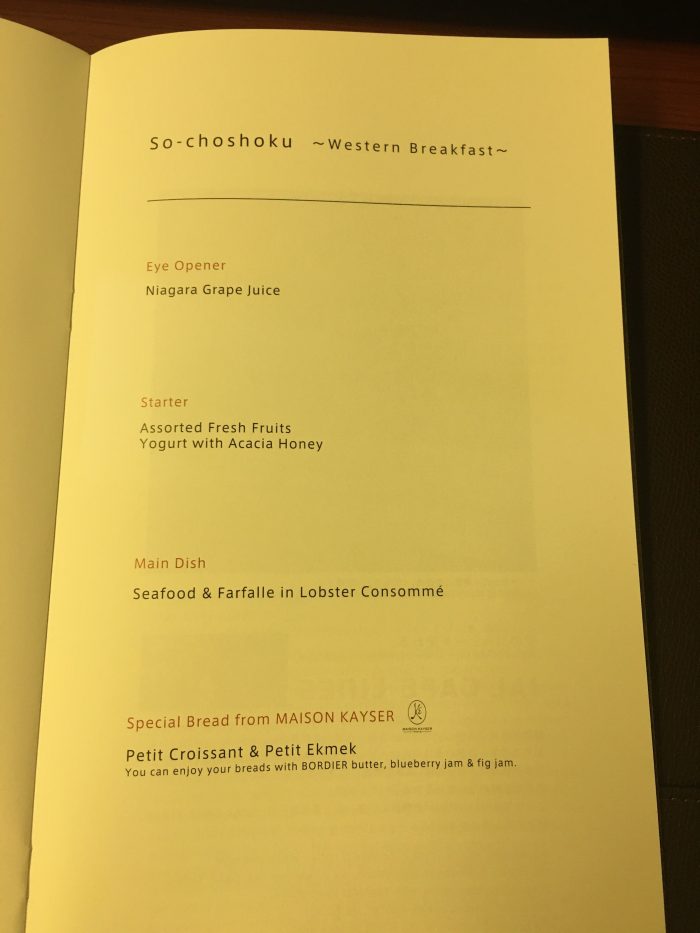 I had thought I had ordered just the smoked salmon tartare from the late night snack menu, but I ended up with all three selections. They were decent, but not spectacular, with the salmon being the best of the lot. 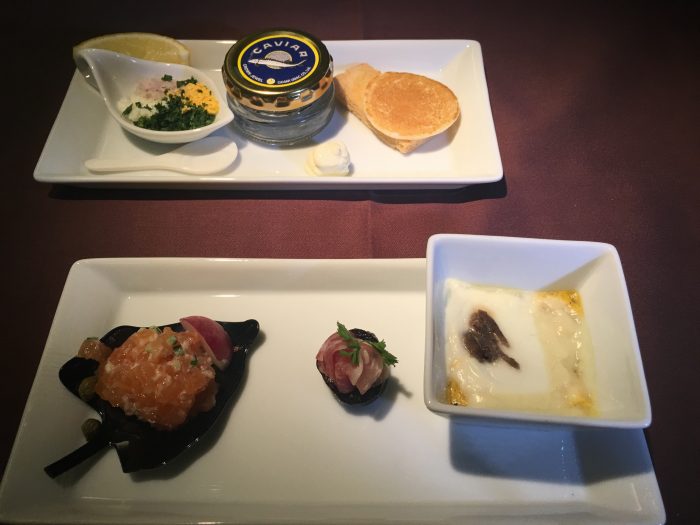 I had also requested caviar, since caviar is always nice. It was a little bit difficult to eat thanks to some turbulence during the meal service. Yeah, that’s a complaint while eating caviar… I’m well aware. 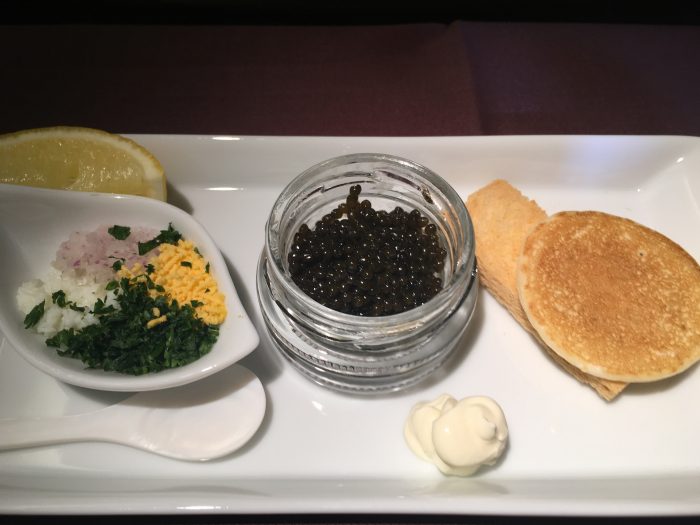 Dinner ended with ice cream and a fantastic piece of chocolate from Jean-Paul Hevin, one of the best pieces of my life. 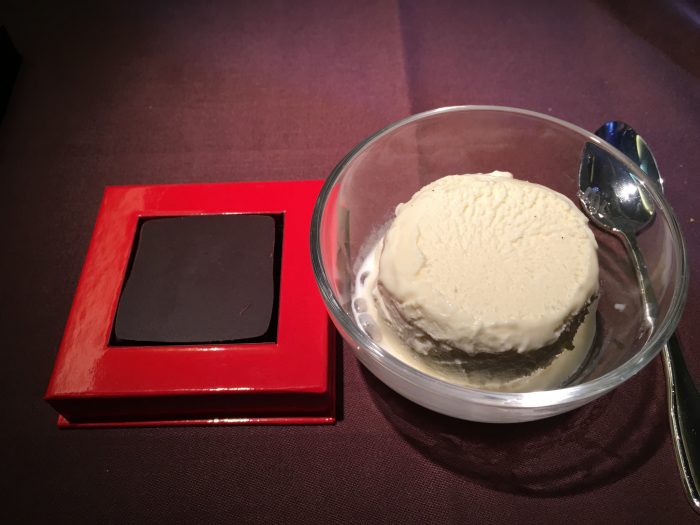 Thanks to the late departure & having had a few drinks, I was ready for bed about an hour and 20 minutes into the flight, so I had the lie-flat bed made. I was able to get a second pillow from the flight attendant, which made sleeping even better. I got about 5 hours of decent sleep, then unfortunately I was woken up for meal service with about two hours left to San Francisco. The flight attendant had asked if I wanted them to wake me up for breakfast prior to landing. I had said “yes”, but I didn’t expect it to be with two hours to go. One one hand, it was helpful for my jet lag not to sleep too late, since I would be landing in San Francisco in the afternoon, but I would have liked to have slept longer. 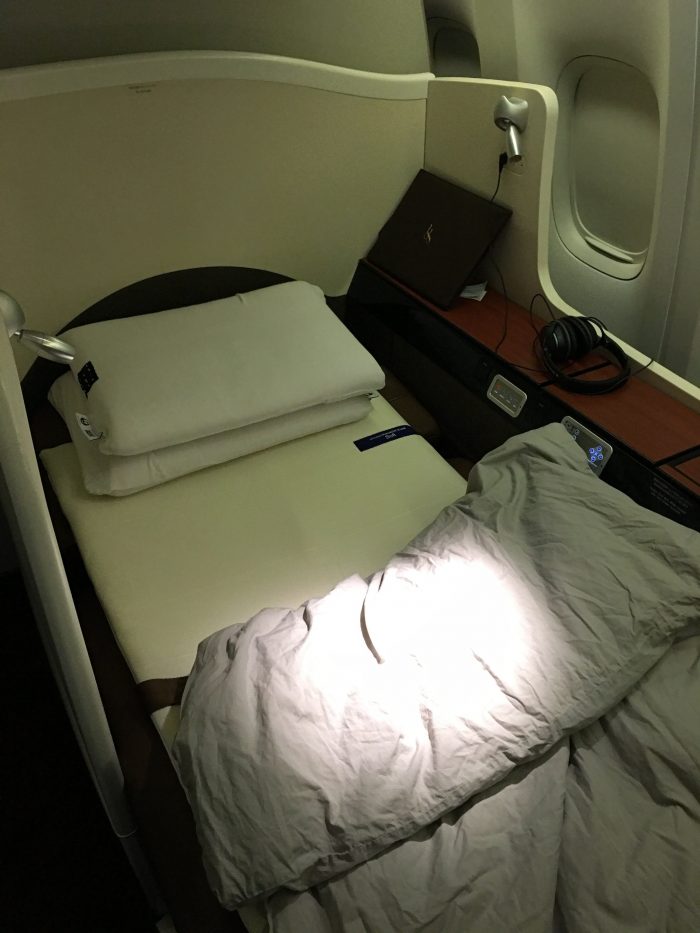 My breakfast began with another serving of caviar. If I’m going to be woken up early, I’m having caviar. 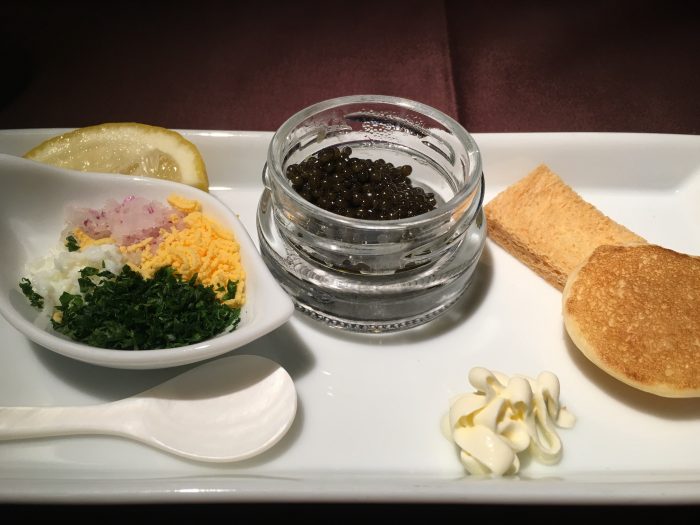 The Western breakfast also came with a nice fruit presentation, plus fancy butter and salt & oil for everything. The lobster pasta was fine, but not spectacular. Yeah, lobster pasta for breakfast. Just like when I had flown in first class from Tokyo Narita to Los Angeles, Japan Airlines has an odd sense of what is a normal breakfast meal. 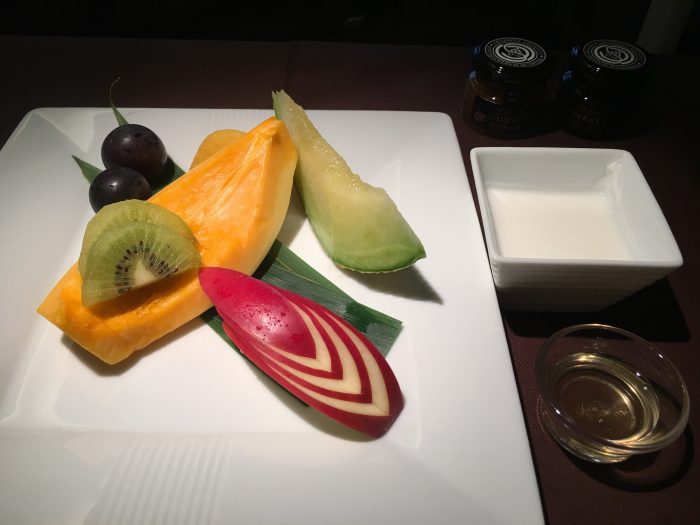 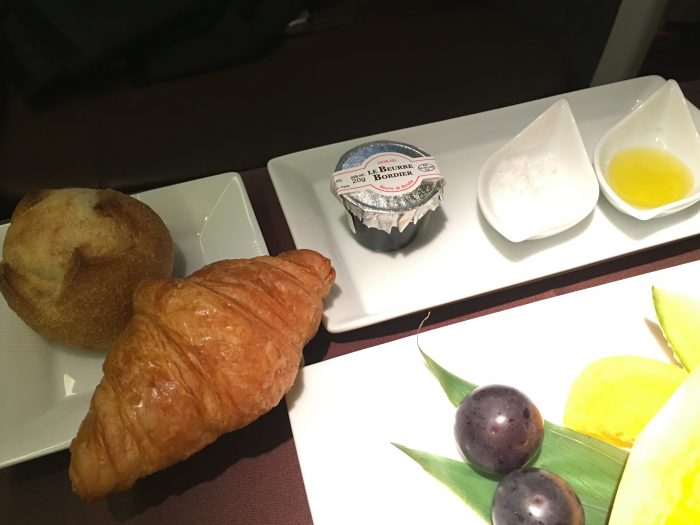 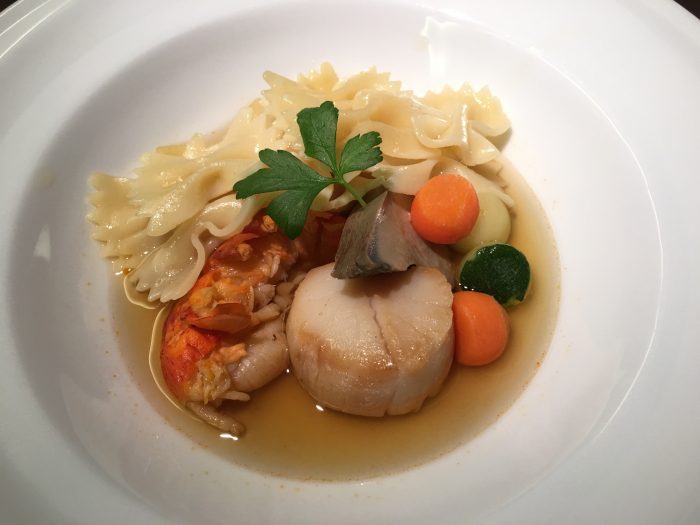 While I waited for our arrival, I got online with the free wifi. It worked very well.

Our flight path took us across Marin County & San Francisco. It was a clear day, so the views were incredible. 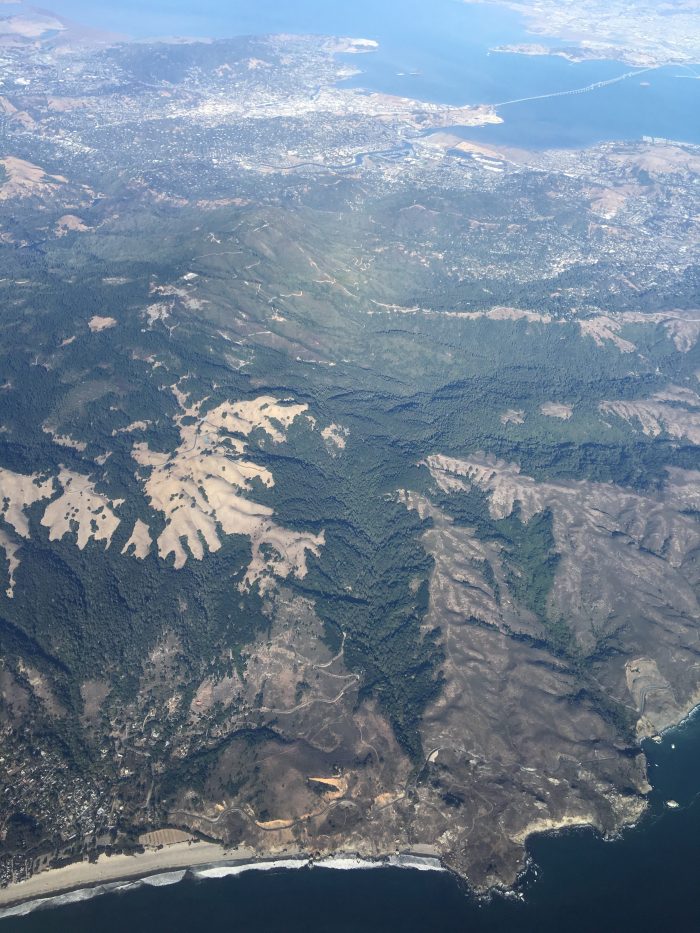 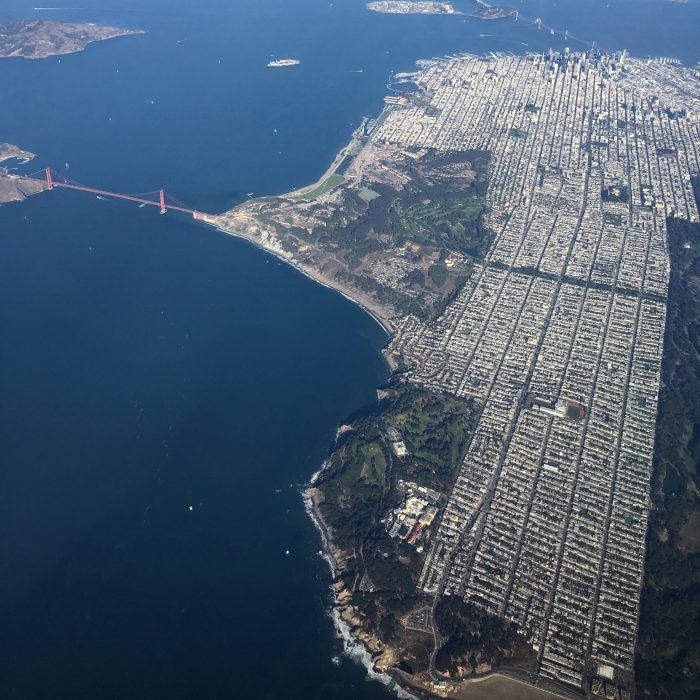 After a flight time of about 8 hours, we landed about 50 minutes early, but there were no issues with getting a gate. Even though I have Global Entry, so it’s not a problem for me, there were no lines at immigration. That’s one of the perks of landing around 4pm, as most of the European flights have already arrived.

My flight in JAL first class from Tokyo to San Francisco was excellent, though the abbreviated meal service meant that I didn’t quite get the full experience. Still, the seat is very comfortable, the service is great, and the available food was good. Given that American Airlines has changed their award chart, I don’t know how often I will be getting to fly in first class across the Pacific, but at least I was able to do it one last time.