I’ve been asked in the past about my favorite meal in San Francisco. What that absolute final meal would be, the meal I’d want on my deathbed, or at least before leaving the city for good. There are plenty of delicious options to choose from. San Francisco has several Michelin-starred restaurants, with many others that are noteworthy for a variety of reasons.

But my answer has always been easy: a sausage from Rosamunde Sausage Grill with a pint of Pliny the Elder from Santa Rosa’s Russian River Brewing Company at Toronado next door. 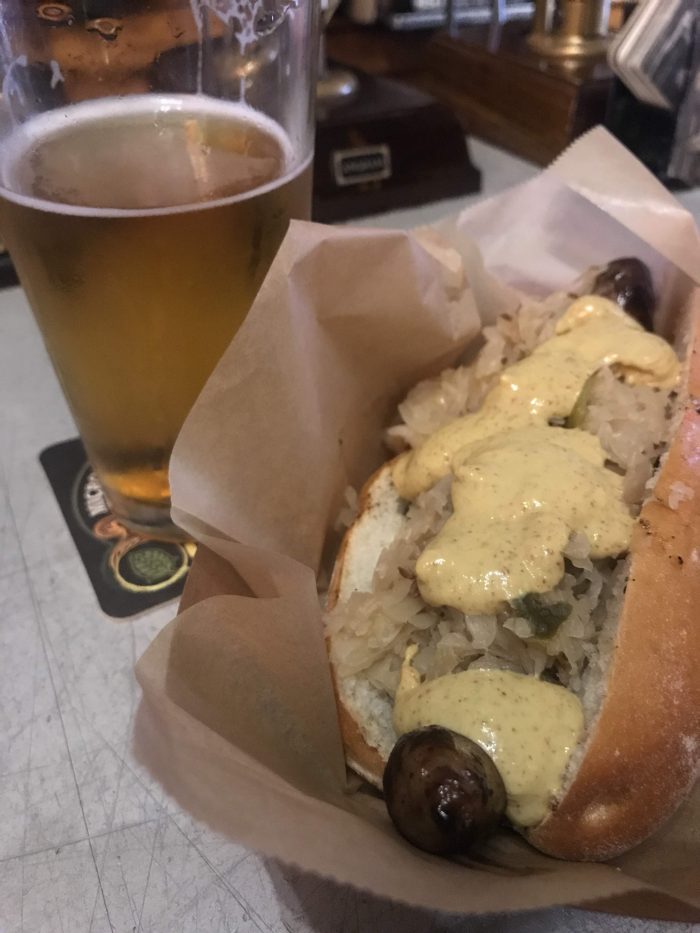 The two businesses have had a symbiotic relationship on Lower Haight Street for over two decades. You buy a sausage from Rosamunde, and you take it into Toronado to eat while you drink your pint. It’s a simple, perfect combination.

But as of September 30, 2019, that relationship is over. Rosamunde Sausage Grill announced that they are closing their Haight Street location after 21 years.

His decision was based on the realities of the restaurant industry in San Francisco.

“As we run our business, we evaluate whether we can keep going because business is good or not. We have opened and closed other locations over the years. It just came time to close this location,” he said, adding, “Things change and then you change, and that’s the way it has to be in the restaurant business.”

Change is inevitable (and we all know San Francisco has seen more than its fair share of store & restaurant closings in recent years), but this one hurts. Rosamunde still has two other locations to visit, one in the Mission & one in Oakland. And I will continue to visit them for sure. Now that Russian River has expanded distribution, Rosamunde even has Pliny the Elder available on tap. But it won’t be the same as the Toronado experience. That bar itself is a main part of my attraction to this meal.

It was at Toronado that I first fell in love with craft beer. Sure, I’d had beer from small, local breweries before. Back in Arizona, I lived right on 8th Street in Tempe, the street where Four Peaks Brewing Company is located. When I moved to San Francisco in 2008, I suddenly had access to so many new craft beers I hadn’t tasted before.

My first visit to Toronado was sometime that year, and it was there that I had the beer that launched a thousand double IPAs, Pliny the Elder. It was the first beer I’d ever drank before that truly blew my mind. When you have a pint of fresh Pliny, everything else goes quiet, and your cares slip away. There’s a reason why it’s iconic. I’ve had other beers since then that perhaps might be better, but every time I have Pliny the Elder in Toronado, I go back to those first memories of the beer that raised the bar for everything else that was yet to come. 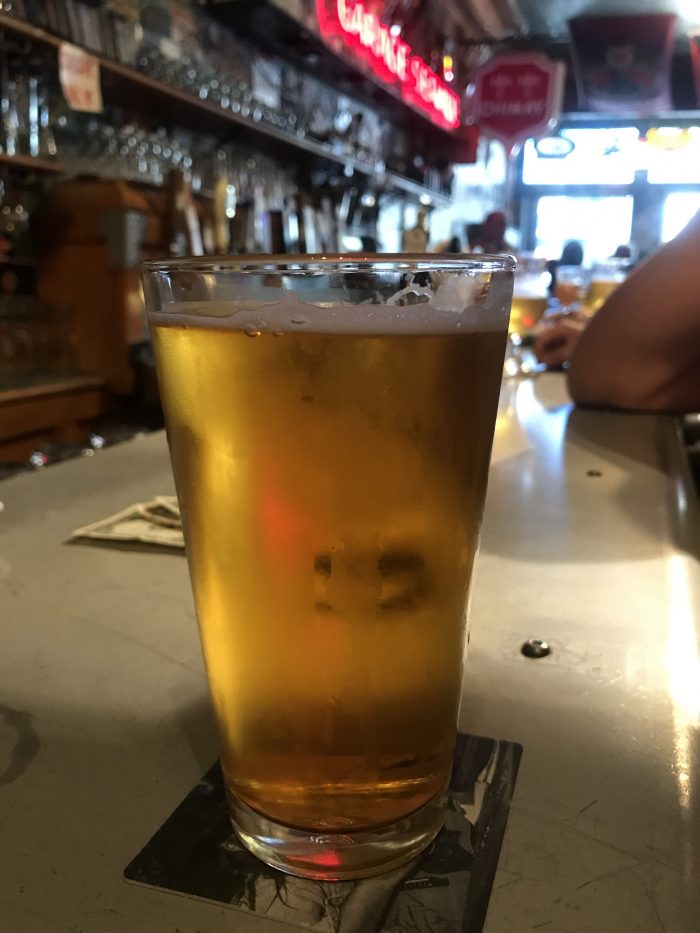 On that first trip to Toronado, and nearly every other trip since, I’ve also had a sausage from Rosamunde. On the really good days, I’ve had two. Usually the wild boar, topped with sauerkraut & spicy mustard, but sometimes I’ll mix it up with a spicy andouille, or perhaps a seasonal special such as Thai chicken. I’ve even flown uncooked Rosamunde sausages back to Arizona for a friend’s BBQ. 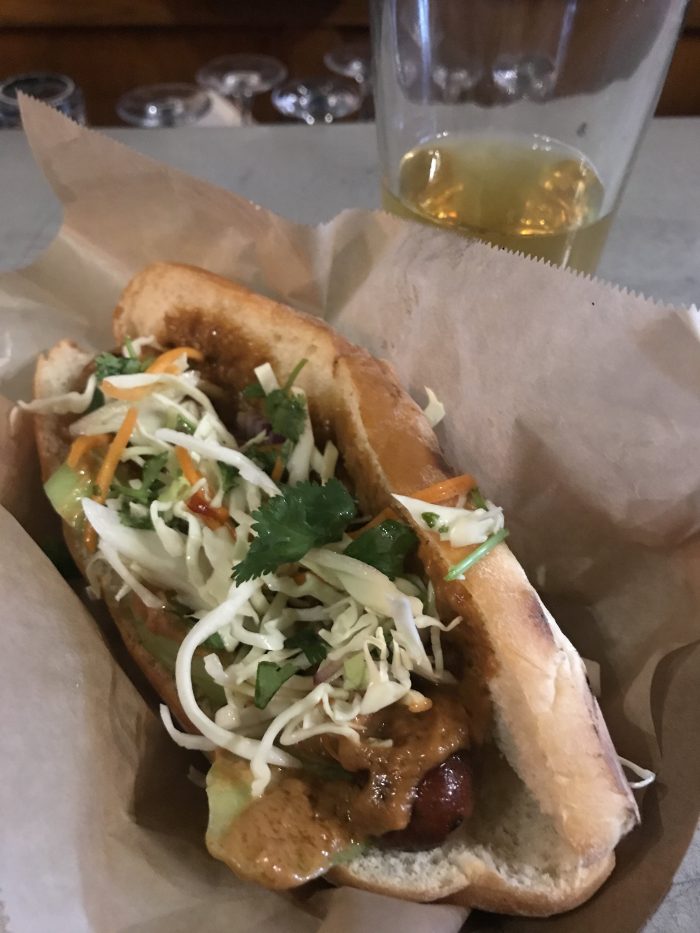 And for a short time in February of each year, my favorite San Francisco meal has had one slight substitution: that’s when the rare Pliny the Younger is available on tap at Toronado. 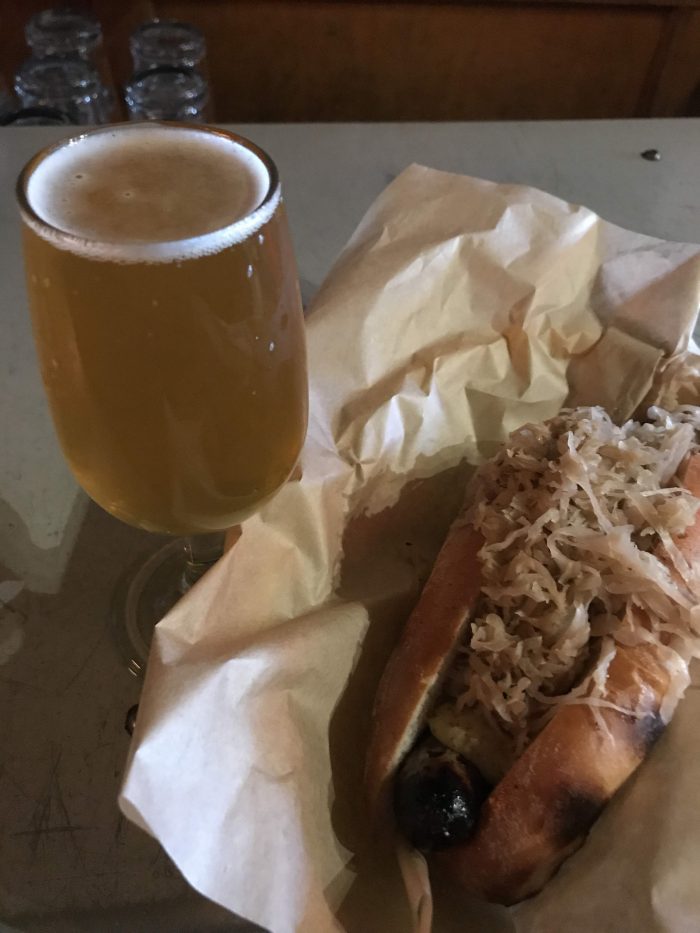 Yes, all of my photos from Toronado are terrible. I’m going to choose to blame the lighting, rather than the beer.

There’s a reason why Anthony Bourdain visited Toronado & Rosamunde for his 2012 San Francisco episode of “The Layover.” The man knew the power of a good dive bar, a solid pint, and a simple, perfect meal.

Something else will surely open in the former Rosamunde space next to Toronado. Hopefully, it will be another food that pairs perfectly with a cold beer. But whatever it is, nothing can ever beat those memories from my debut year in San Francisco, hanging out with friends & experiencing my favorite meal in San Francisco for the very first time.

Update – October 1, 2019: Good news! According to Hoodline, the restaurant replacing Rosamunde on Haight Street will be a sausage place called Berliner Berliner, run by long-time Rosamunde employee Christine Blunck, who all loyal patrons will recognize. Much of the menu will be similar, with some new additions, plus former Rosamunde employees will be staffing Berliner Berliner. This does bring up some questions regarding how Rosamunde owner Josh Margolis told media outlets that he didn’t know what was going to replace the original Rosamunde. In any case, my initial sadness is mitigated by this news, as it seems much will still be the same between Toronado & their new familiar neighbor, Berliner Berliner. I’ll leave this post here, as even though it’s not quite a farewell, it’s still a memory I wanted to share. May my favorite meal in San Francisco live on for many years to come!