Monterey, California is famous for the Monterey Bay Aquarium, whale watching, Cannery Row, the nearby 17 Mile Drive, seafood, John Steinbeck, and a whole lot more. Despite a crowded list of activities, craft beer is starting to make its mark in Monterey. While other areas of Northern California have long-established craft beer scenes, Monterey’s has been a more recent development. Here is my guide to the best craft beer in Monterey, California. 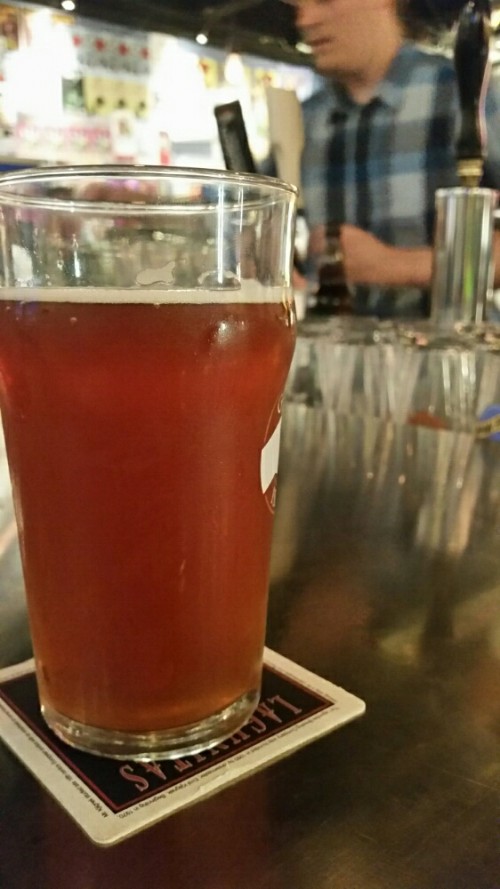 Post No Bills is a fantastic craft beer bar & bottle shop in the nearby town of Sand City. The somewhat-remote location was the only negative about the place. A taxi ran about $10-12 each way, which wasn’t bad, though it’s not as convenient as the microbreweries in downtown Monterey. The crowd in the bar was a good mix of people, and they hold lots of special brewery events, which is always a plus. With hundreds of beers available, including fridges full of high-quality and hard-to-find beers, plus around 20 taps, Post No Bills is a beer lovers paradise.

We only stayed for 2 beers, but I could have easily stayed longer to go through more of their huge selection. I did buy a bottle of Firestone Walker Velvet Merkin to take home for later. While we were there, I had a Contender IPA from El Toro Brewing Company in nearby Morgan Hill, as well as Fall Hornin’, a pumpkin beer from Anderson Valley Brewing Company in Boonville.

Update: As of November 2019, Cannery Row Brewing Company has closed.
Fans of Steinbeck will be familiar with Cannery Row. This area of downtown Monterey was made famous by his novel. Nowadays, the fishing & canning industry is long gone, but many of the buildings remain, with a variety of bars, restaurants, & shops. 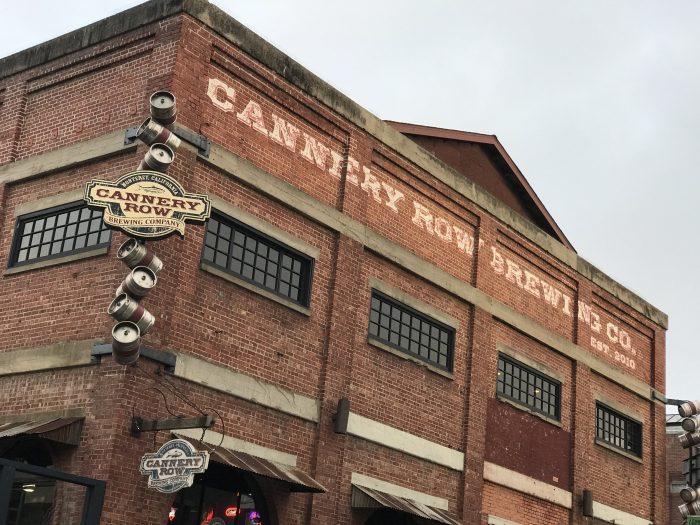 The best breweries in Monterey 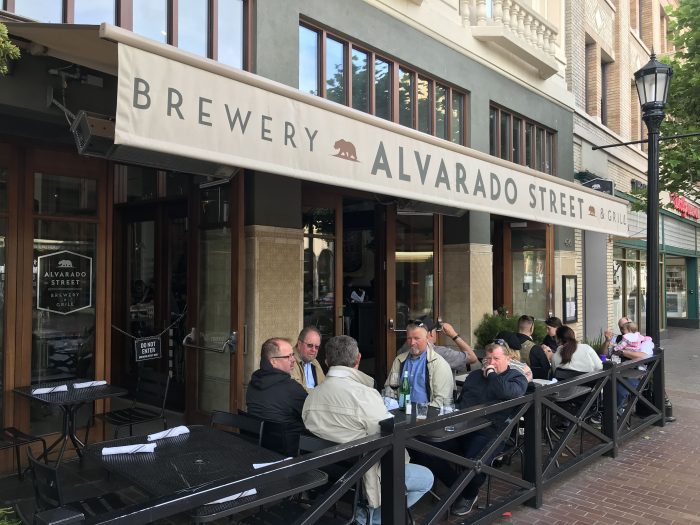 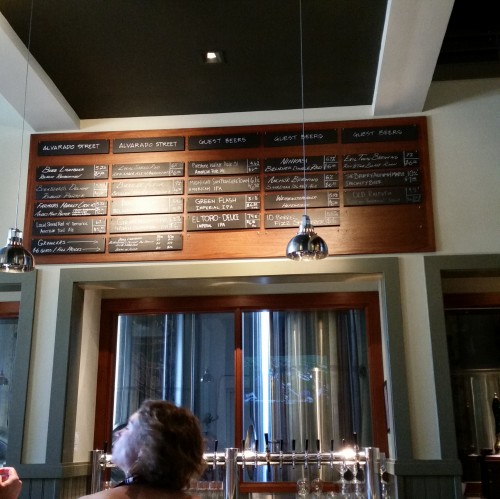 The first time I wrote about beer in Monterey, Alvarado Street Brewery & Grill had just opened. At the time, I wrote that they were doing some impressive work. I’m particularly a fan of craft breweries that are willing to be adventurous with their ingredients. Sometimes it works, sometimes it doesn’t, but the important thing is that they’re out there trying, and I have all the respect in the world for that. 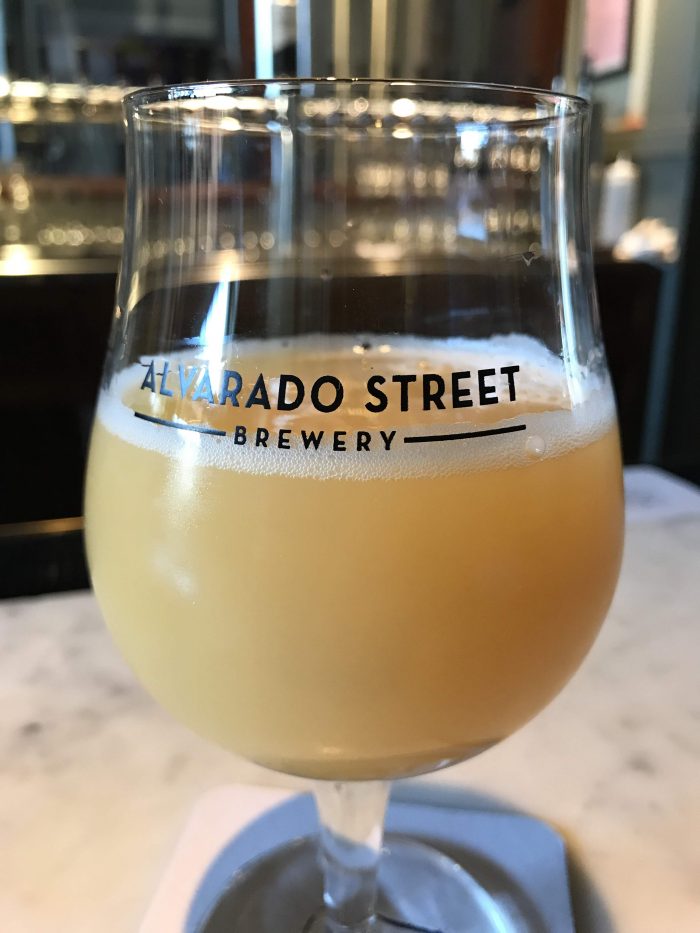 In the ensuing years, Alvarado Street has grown, both in size & reputation. Their beers can be found around the Bay Area now. Their Monterey tap room has 20 taps, plus a nice back beer garden, along with some excellent food. I would put the dry rub that they use on their chicken wings on almost any food if I could. Between their fantastic beer & the food, Alvarado Street is easily the best brewpub in Monterey. In Carmel, they also have a new affiliated spinoff called Yeast of Eden that focuses on experimental wild & open fermented beers. Yes, that is a Steinbeck pun. 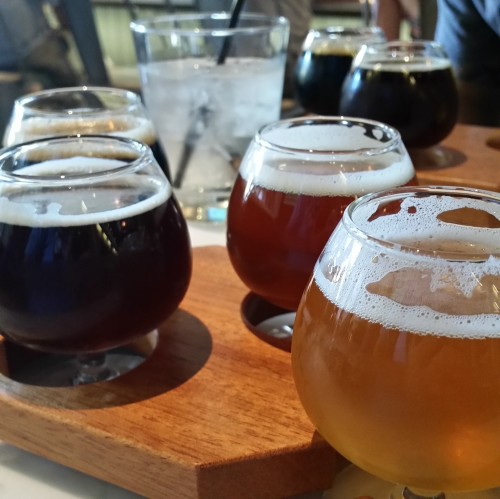 Fieldwork Brewing Company is from Berkeley, but they have recently begun opening up tap rooms & beer gardens around northern California, including one in Monterey. 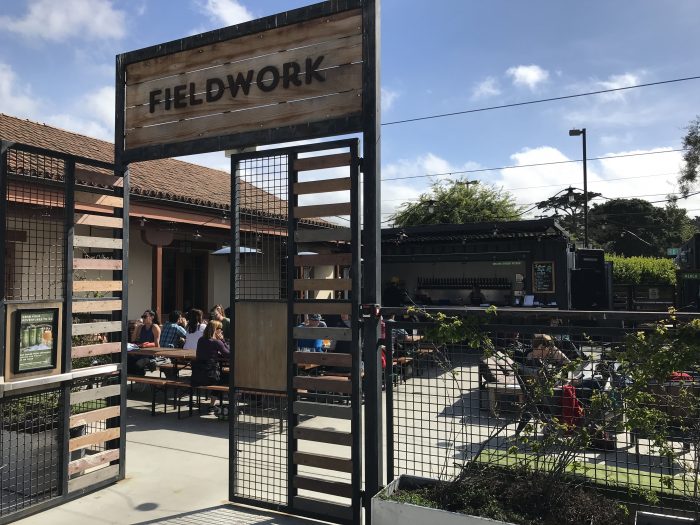 Fieldwork’s Monterey beer garden is a good use of what could easily just be a boring concrete space right near downtown. It’s in a shopping area, surrounded by other businesses & parking lots. 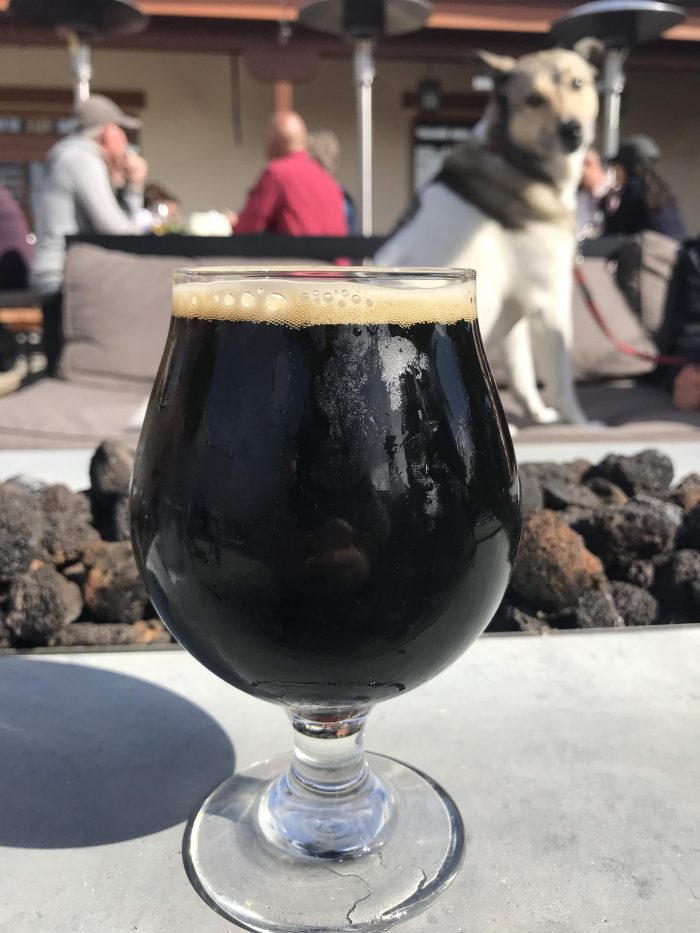 It proves that you don’t need much to have a good beer bar – just a shipping container with 14 taps, and some seating. It’s dog friendly, and there’s plenty of space to socialize. There isn’t a cover on the patio, but that’s less of a requirement when you’re in a place that has perhaps some of the world’s most perfect weather. 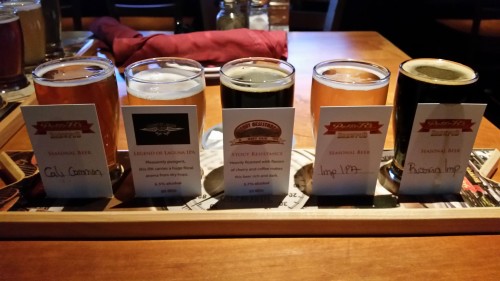 Billed as the first microbrewery in Monterey, Peter B’s Brewpub first opened as a restaurant in 1978, but it was only in 2011 that it evolved to what it is today under brewmaster Kevin Clark. The brewery is nestled behind the Portola Hotel, making it convenient to reach no matter where you’re staying in Monterey.

Peter B’s was our first stop on a Friday night. The food offering was typical pub fare done well, with a particularly cheap happy hour. I had the crispy cheese curds, some wings, and a beer sampler tray, with the bill (including tax and tip) only being $17.

As far as the beer, overall it was fine. Of course, my beer standards are very high, but Peter B’s is a decent place for food & some beer if you’re in Monterey. I had their California Common, Legend of Laguna IPA, Stout Resistance, Imperial IPA, and Russian Imperial Stout. The Russian Imperial Stout was my favorite.

Thanks to breweries such as Alvarado Street, Monterey’s craft beer scene is growing in reputation, even if it still may be growing slowly compared to other places in California. Go to Monterey for all of the history & other activities, and stick around for a pint or two afterward.