After spending the previous couple of days in Paso Robles, my next stop on my road trip through California was Carpinteria. Carpinteria is a nice beach town located just east of Santa Barbara, along the 101 heading toward Los Angeles. It’s a nice place for an oceanside getaway in a place that’s pretty, but not pretentious. There are several campgrounds along the beach, which stretches for miles. Above the beach, there are nice hiking trails along the bluffs. Surfing is also popular in the area. All of that enjoyment of the sea will make you thirsty, which is why it’s helpful that there are a few great spots for craft beer in Carpinteria. Here are my recommendations!

Located in downtown Carpinteria, Island Brewing Company opened in 2001. The place has a neighborhood feel to it. On a Tuesday evening, the place was packed with people I could tell were regulars, as well as many of their dogs. 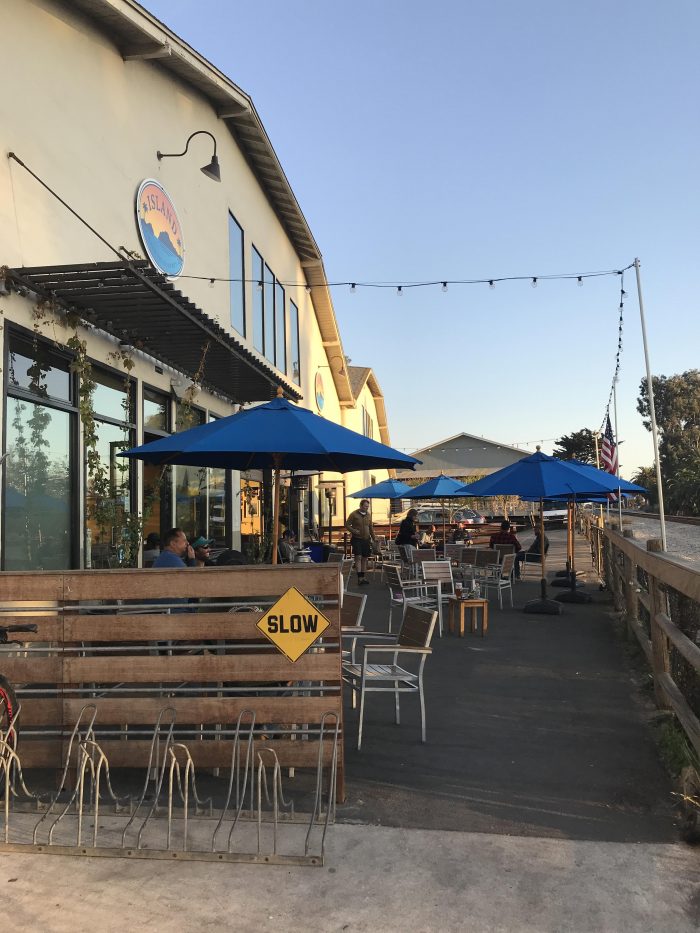 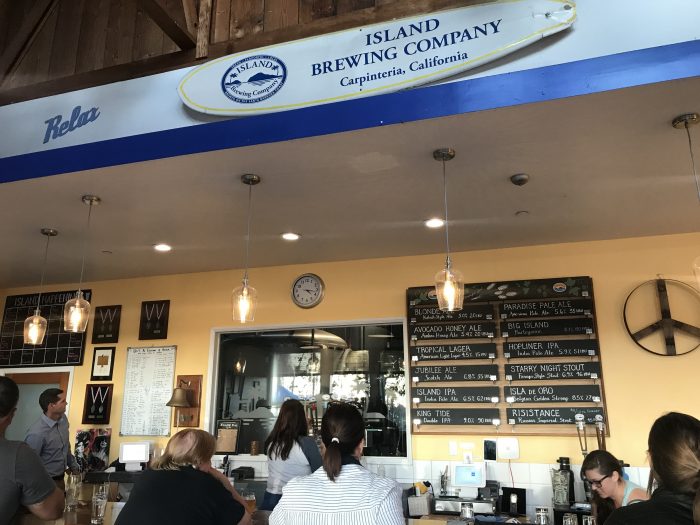 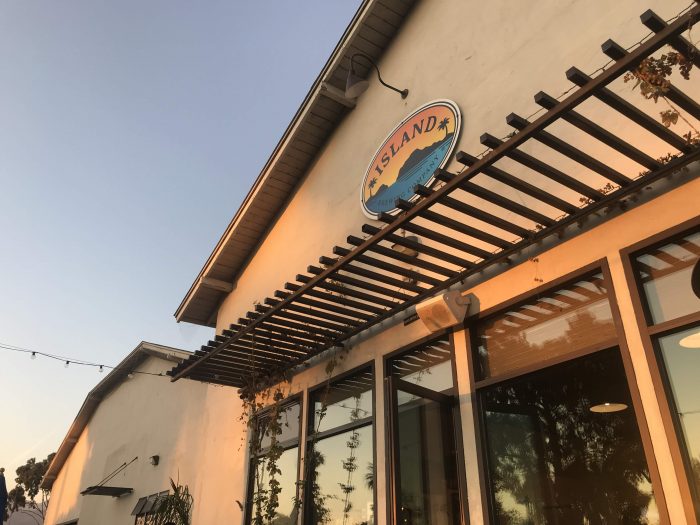 In addition to being a friendly local bar, Island Brewing Company opens out to a patio with one of the more interesting views I’ve seen. In the distance, there is the Pacific Ocean, with nightly sunset views, but the bar is also right up against a railroad line, making it a nice place for trainspotting. 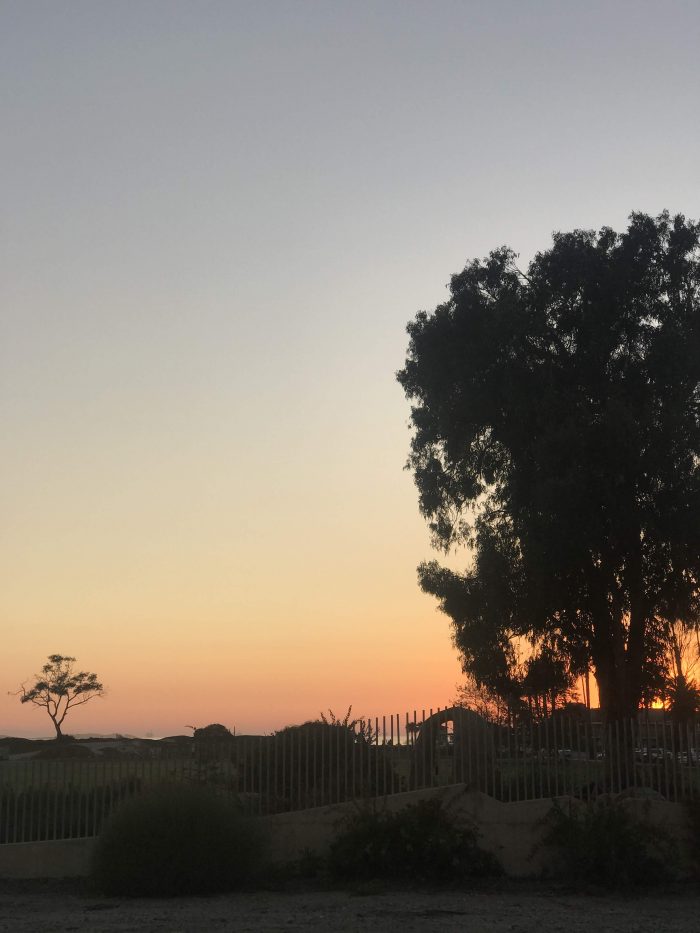 Flights are available, which is nice given the number of taps available. Of course, if you’re a local, you’re probably sticking to full pints if you’re in there often. 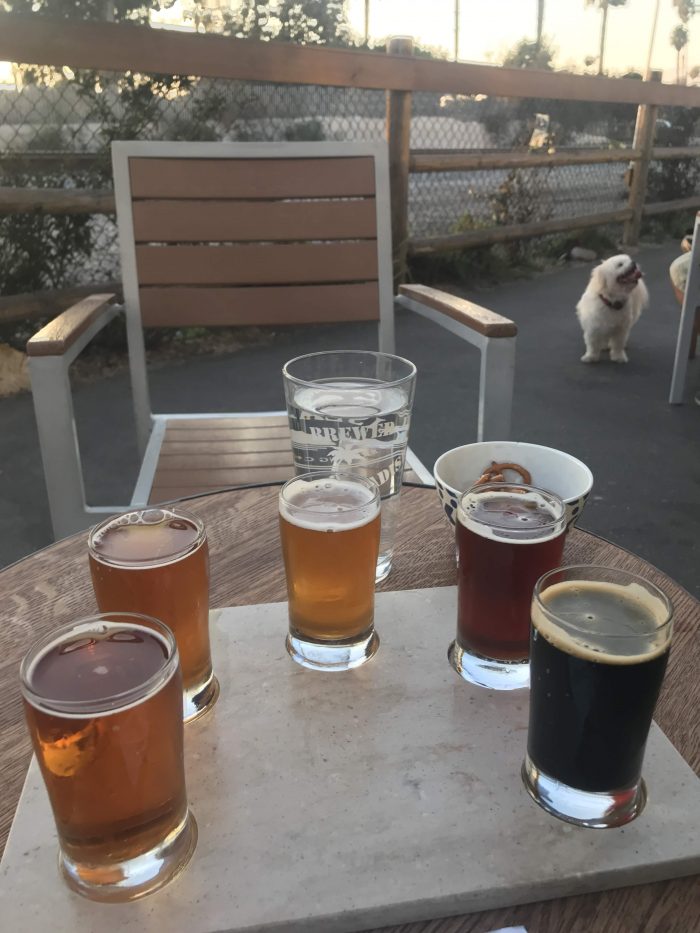 Be sure to try the Avocado Honey Ale. No, it doesn’t have avocado in it, but the honey comes from local bees that have pollinated avocado trees. Carpinteria is home to the annual California Avocado Festival. Without these bees, you wouldn’t have these avocados, and you wouldn’t have this beer, so please thank the next bee you see.

Rincon Brewery is also located in downtown Carpinteria. The brewery is named after the nearby Rincon Surf Spot. They also have another location in Ventura. Rincon Brewery was busy on a Tuesday night, both inside as well as on the large outside patio. 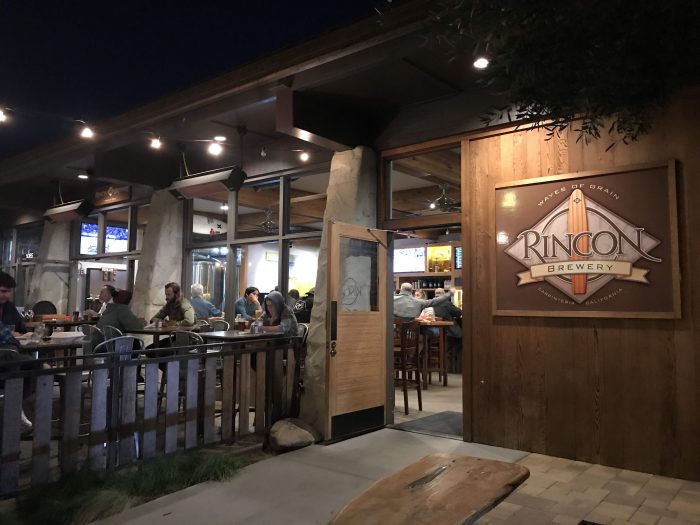 Rincon has a huge selection of their beer with 18 taps across a variety of styles. I highly recommend doing a couple of flights so you can try as many as possible. 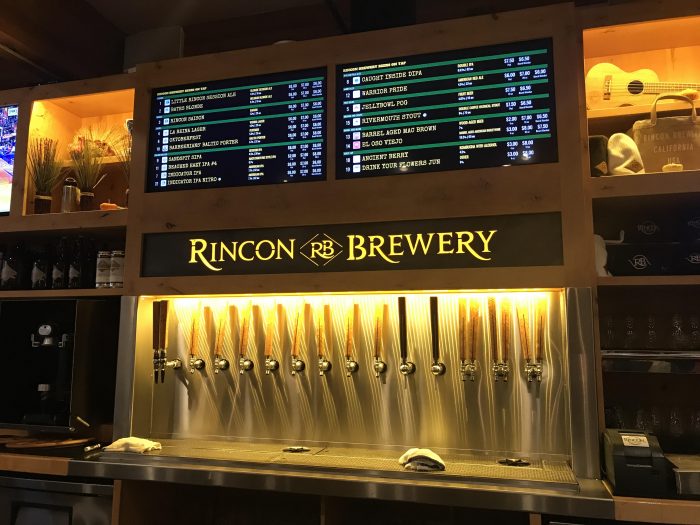 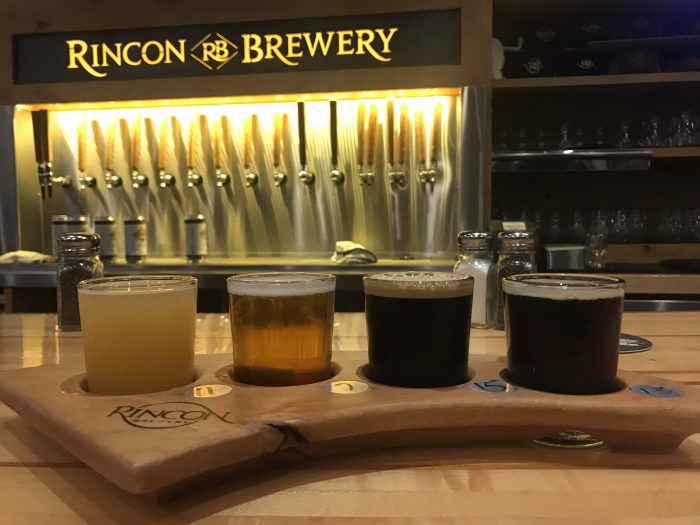 It’s a very forward-thinking California bar, with a sign up saying they are strawless, plus they have an All Gender restroom. These were just some of the little things I would see on my road trip that made me appreciate how great California is.

In addition to a good, hearty menu of sliders, tacos, sandwiches, and more, there was also a big salad menu. I went in with the intention of eating well and having a salad that day, only to then find that all of the romaine lettuce in the entire country had been recalled. I “settled” for mac and cheese. Oh well, I really tried to be healthy… 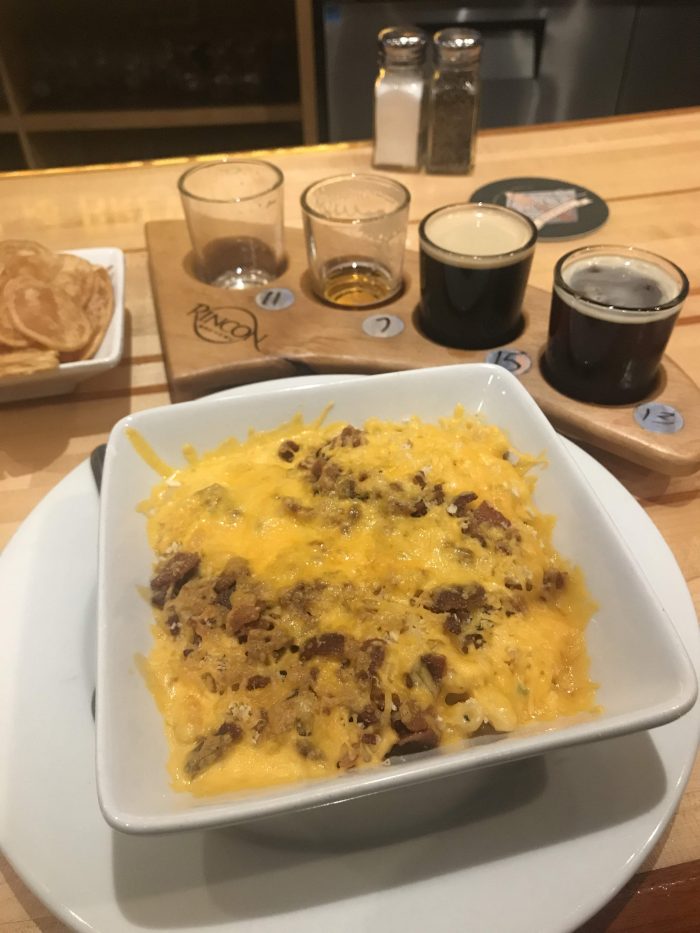 BrewLAB is a wood-ensconced brewery located in an industrial area a bit further outside of central Carpinteria, but it’s worth the journey. If you need additional reasons to venture to that part of the city, other similar businesses such as a cidery & chocolate shop are also located next door, so you can make an afternoon out of it. 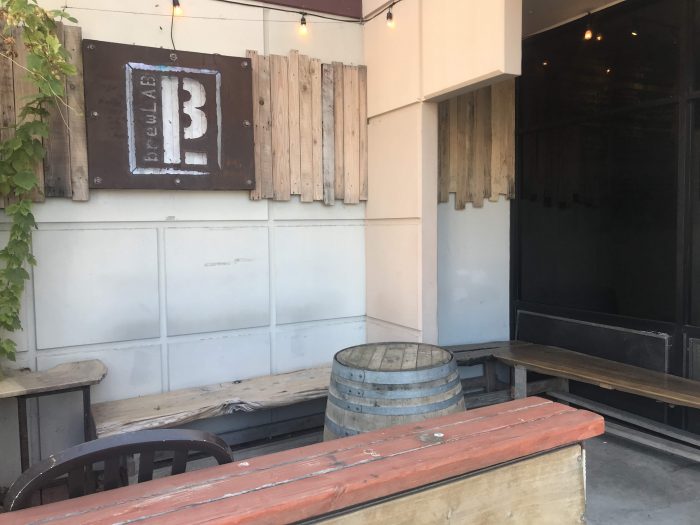 BrewLAB’s focus is on making innovative & adventurous beers, which they have been doing since 2014. As such, it attracts people who are really looking for something different. This is not the place to go if you are a creature of habit who wants to drink the same beer over and over again. This is the place to go when you are excited to try whatever new concoction they’ve come up with. The guys who run BrewLAB are there for the adventure, not to become some massive brewery. 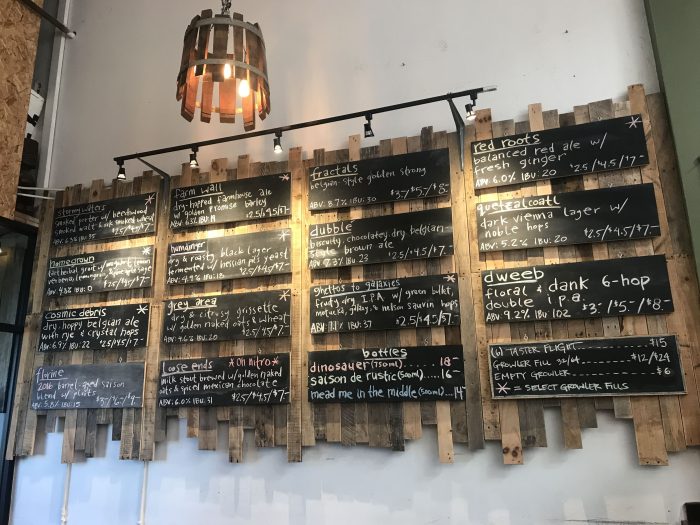 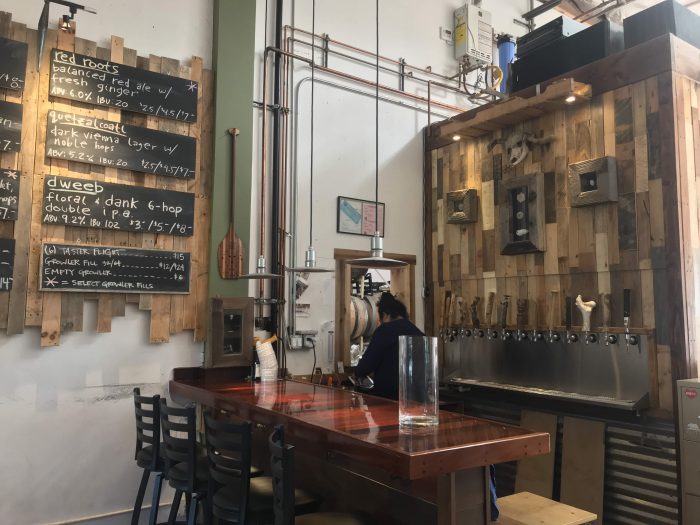 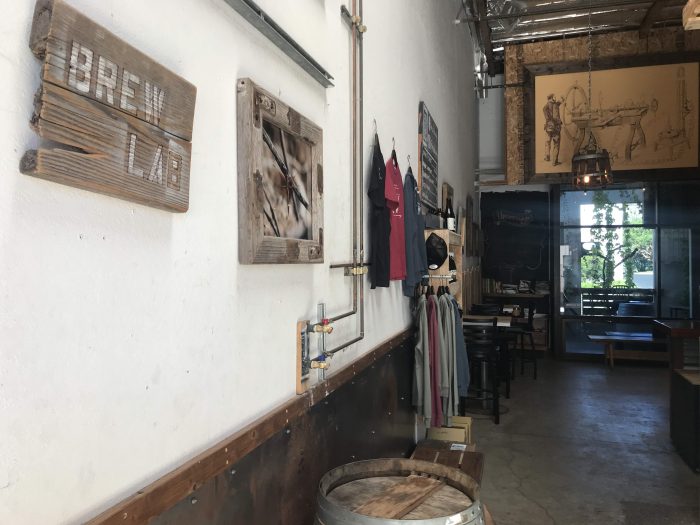 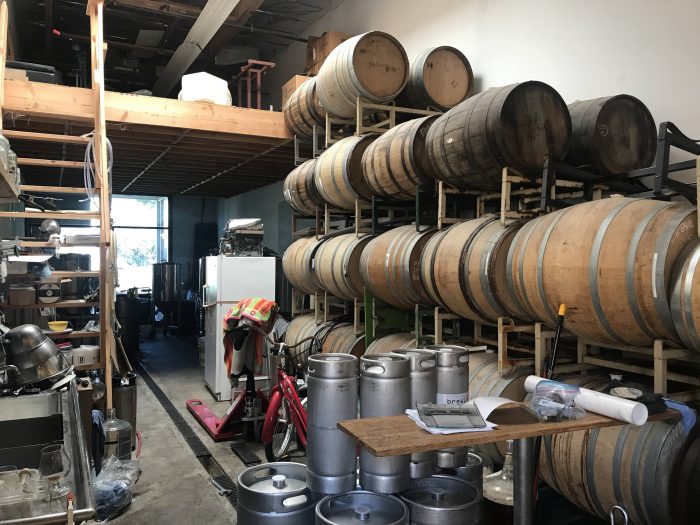 With 14 taps to go through, I wished I could have stayed longer at BrewLAB, but I was excited to get to try tasters of a nitro milk stout with Mexican chocolate, a fruity IPA, a roasted black lager, & a rye Belgian ale. 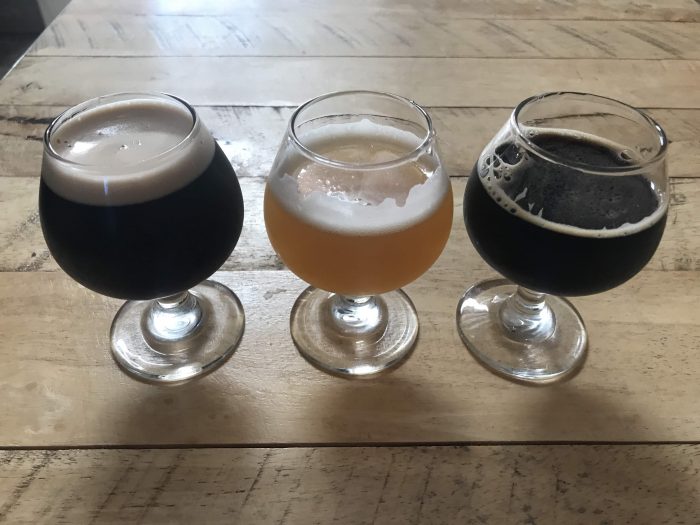 Carpinteria is an overlooked California gem, which most locals are happy about. It’s managed to fly under the radar for the most part as a nice beach town that is relaxing while still having some energy to it. If you’re looking for a place for a nice weekend getaway or stopover on your way up and down the California coast, stop and get some great craft beer in Carpinteria. 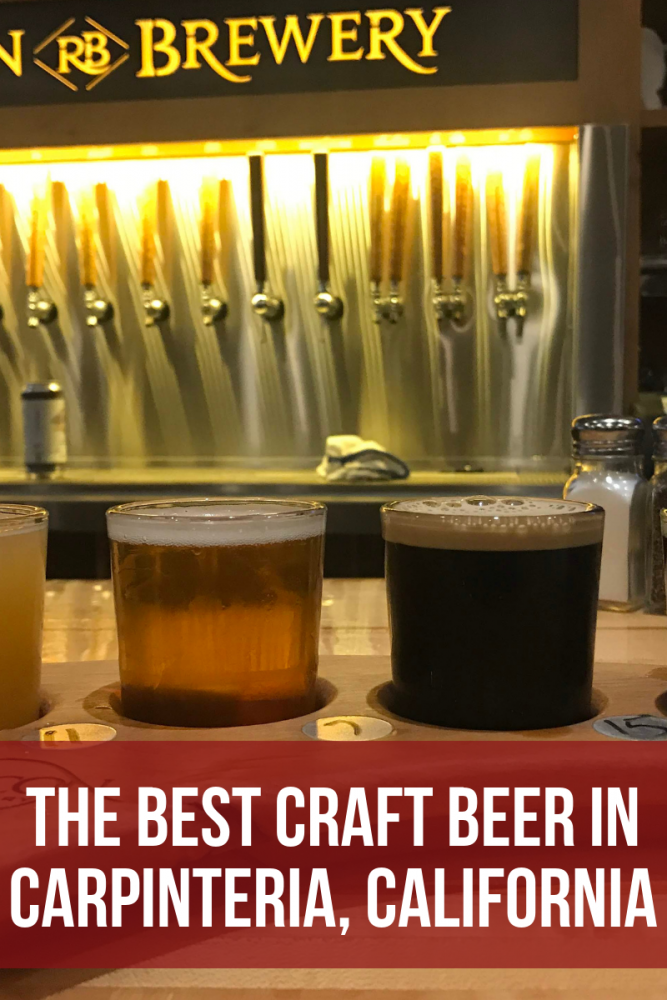