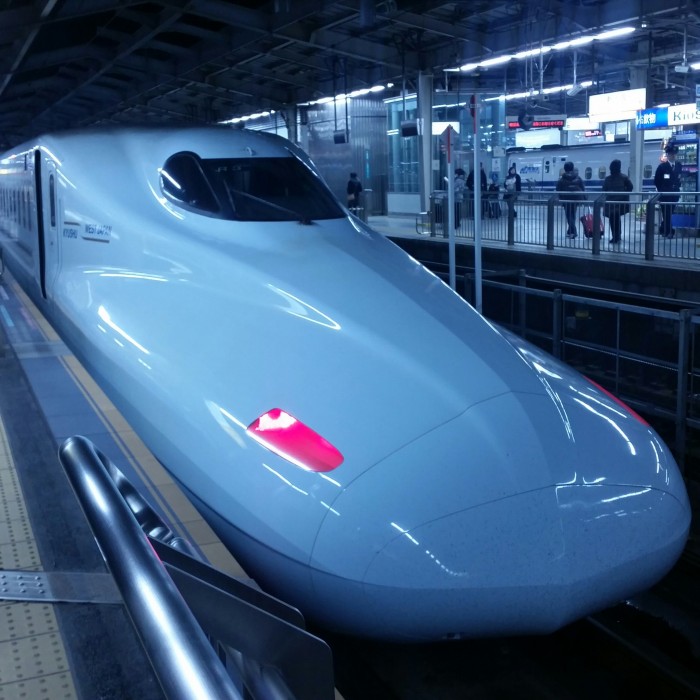 If you’re going to be in Japan for a week or longer, the Japan Rail Pass is a must-have. The pass is available for 7, 14, or 21 days, but you must purchase it before traveling to Japan, as it is only available to overseas tourists.

Fortunately, the process of buying a Japan Rail Pass couldn’t be easier. There are a few sites available for buying the pass, all with similar good ratings and prices. I opted to go with JRPass.com.

After I ordered my pass, it arrived in just a couple of days via FedEx, along with all of the information I needed for my trip. Keep in mind that what you receive is not actually the Japan Rail Pass itself, but actually a voucher that will be exchanged for your pass once you arrive in Japan. 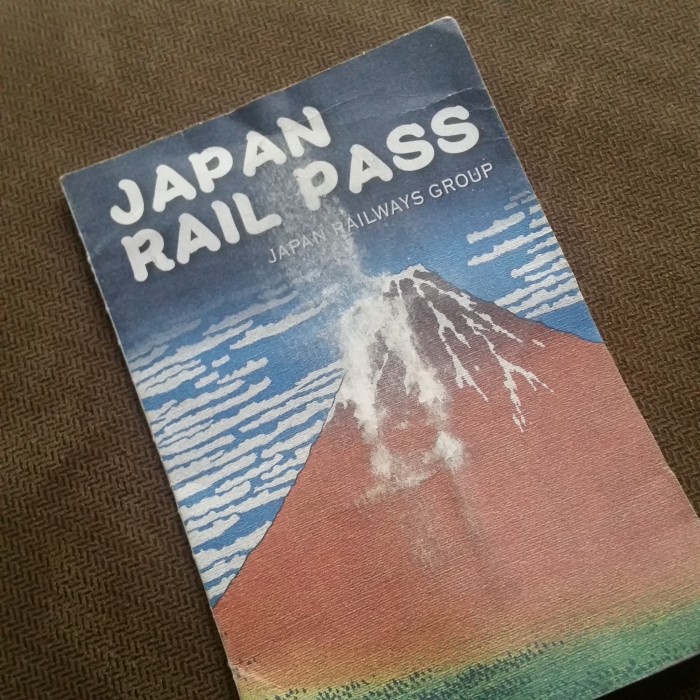 Since I arrived at Tokyo Narita, I can only speak to that process, but I imagine that other airports have similar offices. Upon arrival in Tokyo, once I had cleared immigration & customs, I headed to the train station for the Narita Express. There is a ticket office near the platform where you can then exchange your voucher for your pass. Since your Japan Rail Pass is also good on the Narita Express, they will also give you an assigned seat on the next train in to Tokyo. It’s a simple process that only takes a couple of minutes if there’s no line. 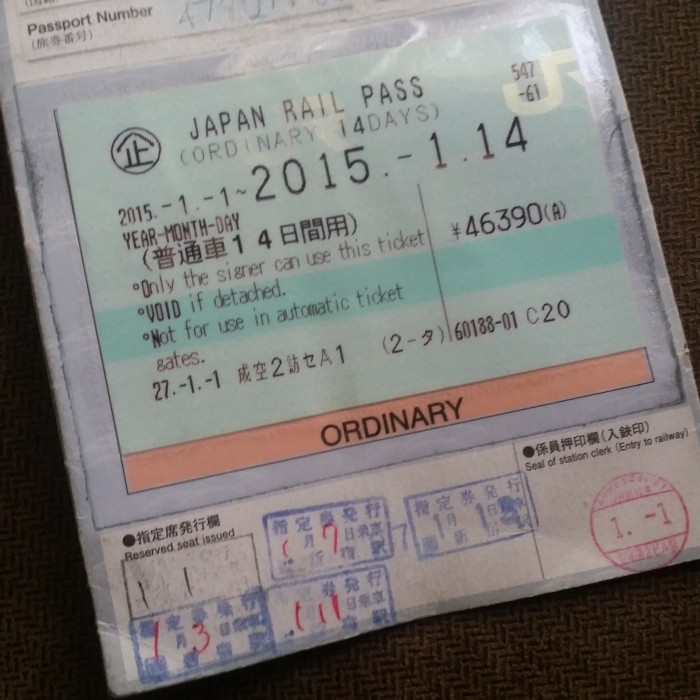 The Narita Express currently costs around $25 each way, so you will already be getting a value out of it on your initial trip into Tokyo from Narita airport. The journey to central Tokyo takes about an hour and 15 minutes. 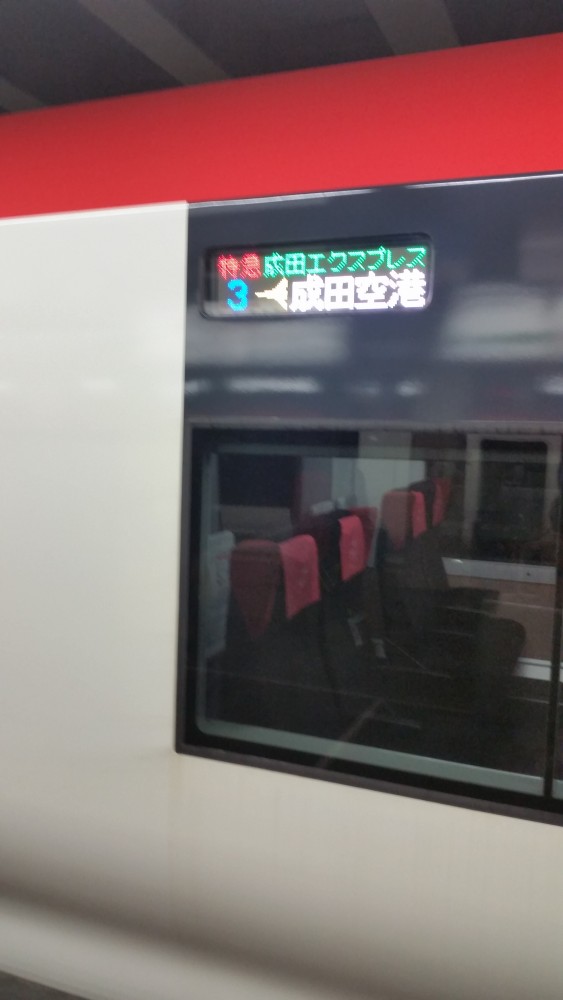 Your Japan Rail Pass is also good on the JR Yamanote Tokyo Metro line, which is the major line that runs in a circle around Tokyo. If you’re willing to take a slightly longer route sometimes, you’ll likely find that most of your destinations are near the line. I only rode the other lines (which are not included with the pass) a couple of times. In order to use your Japan Rail Pass on the Yamanote Line, just go over to the attendants at the fare gates and show them your pass. They will quickly glance at it and wave you through. They seem to be well-versed with the whole process, as I never had any issues with anyone not knowing what it was.

As far as other train services, the Japan Rail Pass is good on all JR lines except for the fastest Nozomi and Mizuho Shinkansen lines. This will not be an issue, as even the “slow” Shinkansen bullet trains are incredibly fast, and run frequently. Be sure to go to a train ticket office to get a seat reservation before your journey. You don’t necessarily need them, but sometimes trains can be crowded, so it’s best to make sure. The reservations are free, so just show them your pass and let them know where and when you want to go. I found that nearly all of the ticket office staff either spoke English or knew which co-workers could help me out. Aside from a couple of day trips, I generally got my seat reservations a couple of days ahead of time. 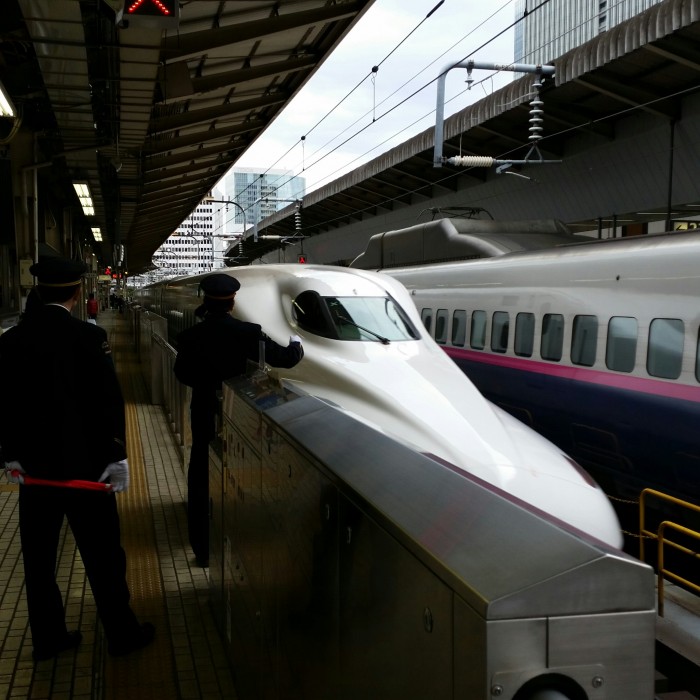 If you’re looking for schedules & routes (as well as other information such as fares), Hyperdia is the place to go. It’s available both as a website and a mobile app.

The long distance Shinkansen services are where the Japan Rail Pass really becomes valuable. I had already used my pass on the Narita Express, Yamanote Line of the Tokyo Metro, to-and-from Kamakura, and part of the way to-and-from Mt. Fuji, but my trip to and from Kyoto would have made the pass almost worth it alone. The journey from Tokyo to Kyoto costs about $120 each way. If you went to Japan for a week and decided to spend a day or two in Kyoto, the journey plus the Narita Express alone would save you money, never mind any other trips you might take. In my case, thanks to having the pass for 14 days, I also took a full day trip to Hiroshima & Miyajima (around $100 each way). A creative, ambitious traveler could easily get thousands of dollars in value from the Japan Rail Pass!

While the pass itself is a great deal, the experience of rail travel in Japan is also fantastic. The Shinkansen bullet trains are simply beautiful machines, getting you around the country in very little time. 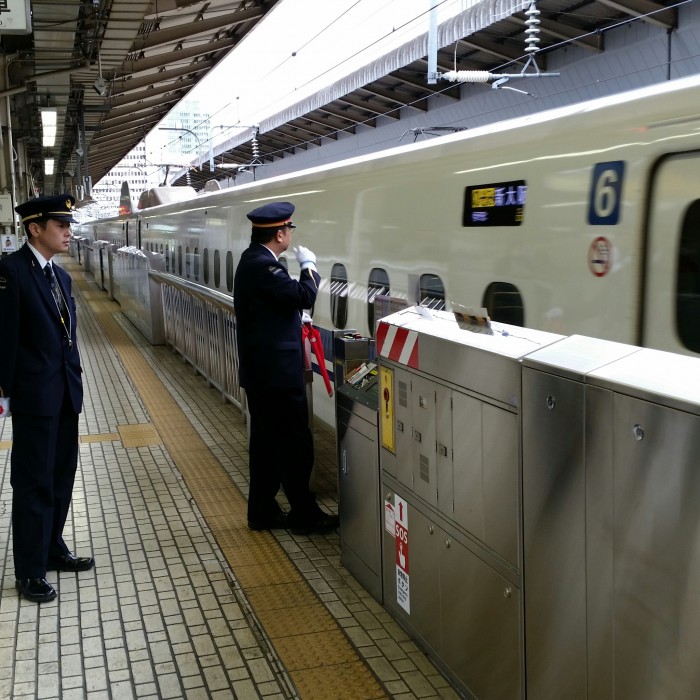 Most station signs are in both Japanese and in English, so you should have no issues figuring out where you’re supposed to be. Not only are the incoming trains clearly labeled, but there are also markings on the ground telling you which car will stop where when the train arrives. 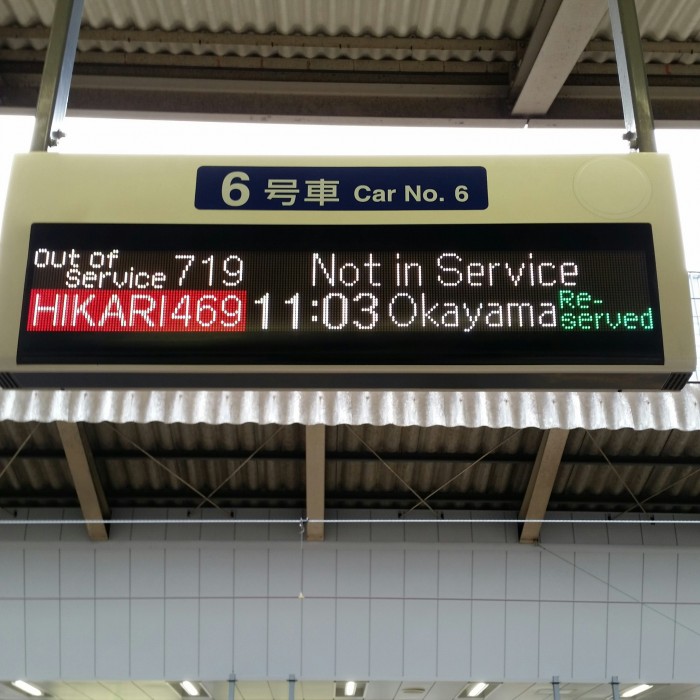 Inside the trains, there are comfortable airline seats with plenty of legroom. The seats even rotate around so no passengers ever have to sit backward! One small complaint: there was a lack of space for large luggage. Then again, that’s an issue on nearly ever train I’ve ever been on. 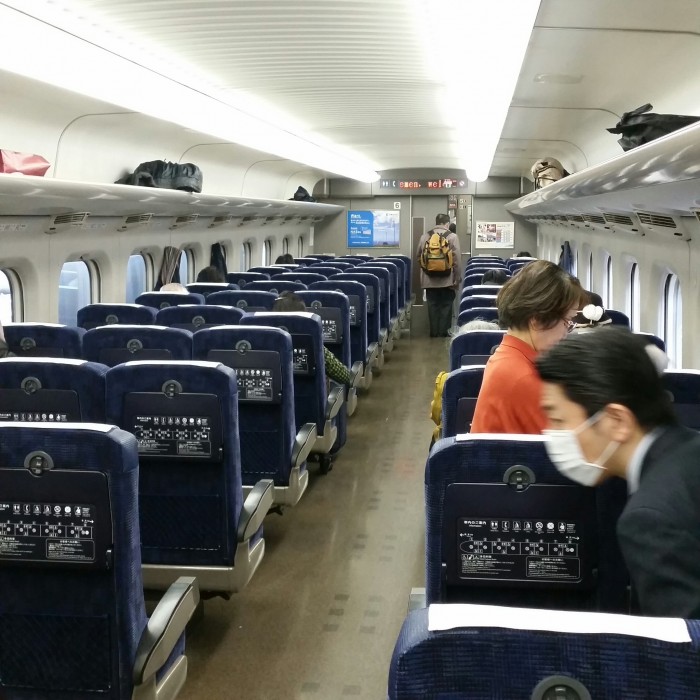 Carts come around with food and drink available for purchase, or you can bring your own on. Train station platforms will have both vending machines and small kiosks where you can buy snacks. If you look like a slob like I do, you may be given a wetnap for every single item you purchased. 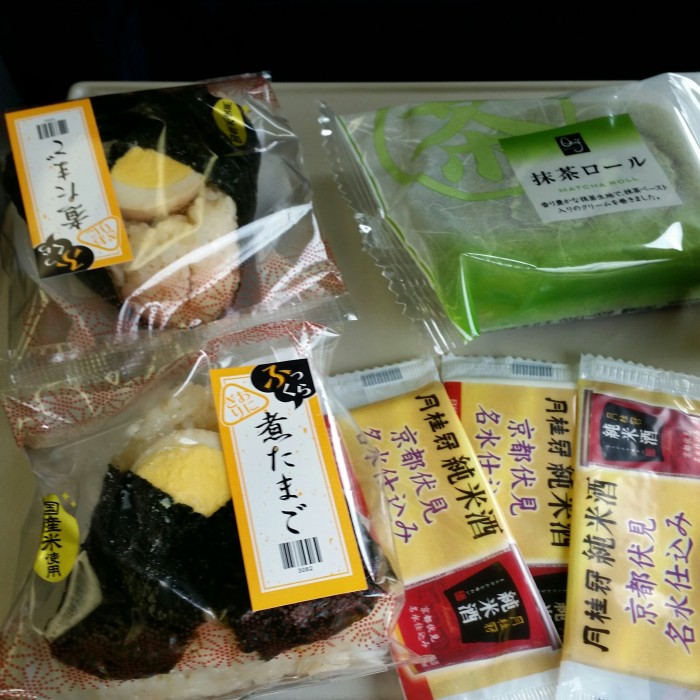 Or you can also get a snack such as these hot dog and mustard-flavored french fry-looking things. 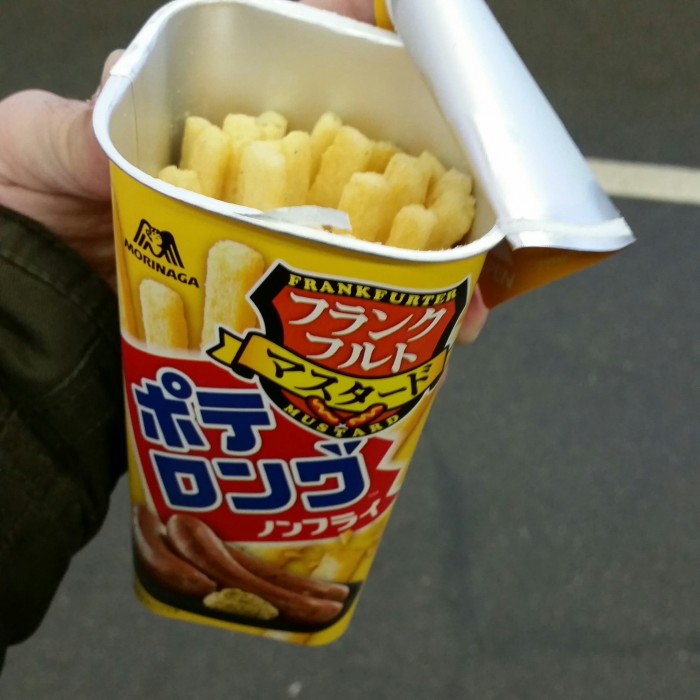 Note that eating on some trains is considered rude in Japan, yet with food being sold everywhere, it is perfectly okay on long-distance trains. Japanese commuter trains are a different story, so don’t eat on those, or else you will stand out even more as a rude tourist.

Japanese trains are frequently cleaned. On each journey, the train pulled up, and before passengers were let on, a full cleaning crew went on, cleaned everything, and switched the seats forward, all in less than 5 minutes.

I may have accidentally been upgraded to green (first) class on one of my journeys, as the seats were even more comfortable, and they were in a 2-2 configuration rather than 2-3. They were almost like recliners. 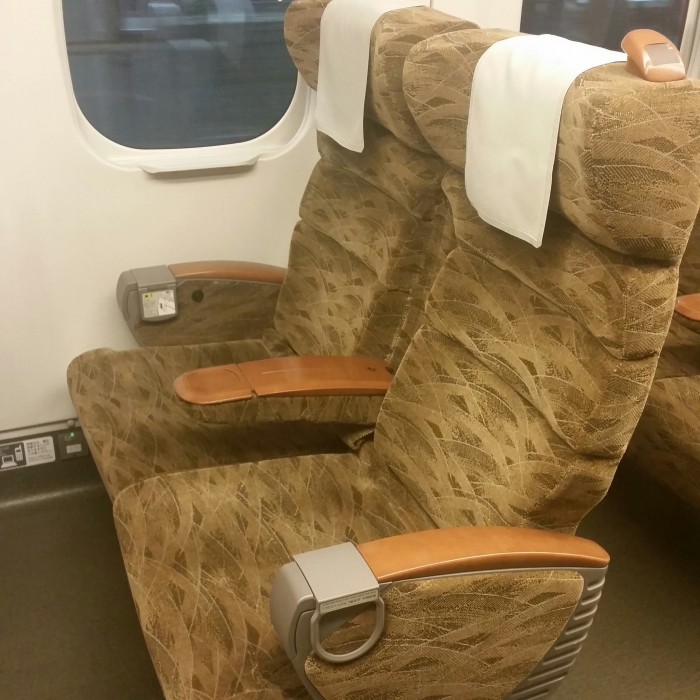 While you sit in comfort, you might be treated to a view out your train window like this one. 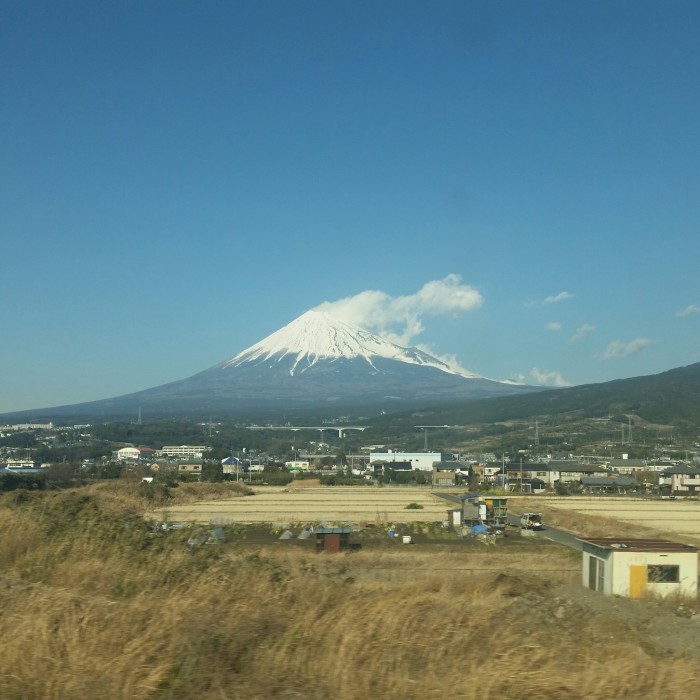 I can’t imagine traveling to Japan and not experiencing their fantastic railway system. It’s fast, clean, safe, and the route map covers the country well. If you’re going for a week or longer, the Japan Rail Pass will save you a lot of money and allow to see more of Japan than you might have imagined.