The first leg of my journey back home was a flight from Seoul to Tokyo. I flew on Japan Airlines in Business Class on a Boeing 787-800 from Seoul Gimpo to Tokyo Haneda, both being each city’s smaller, closer airport. The ticket was booked as part of a larger award using American Airlines miles, and I would be flying in first class from Tokyo Haneda to San Francisco on the final leg.

I arrived at Seoul Gimpo at 9:25am. Unfortunately, check-in didn’t open until 9:40am. There are only 3 flights per day to Tokyo, so this makes sense, but I wish that there was some way to find this information out before getting to the airport. The staff bowed as check-in began.

After checking in, I went to two airport lounges: the KAL Lounge Seoul Gimpo and the Air Lounge Hue Seoul Gimpo. 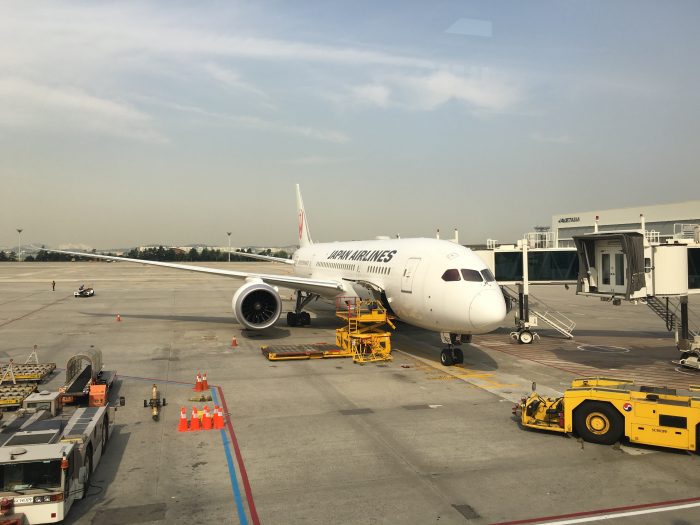 Finally, it was time for my flight. Despite this being a short regional flight from Seoul Gimpo to Tokyo Haneda, JAL used a long-haul Boeing 787. As a result, business class is phenomenal compared to what you’d normally get. The seats are JAL’s shell flat neo, in a 2-2-2 configuration. Generally, you want the middle set of business class seats on this plane, since they are the only ones with aisle access and nobody climbing over you, but in this case the flight was only a couple of hours, so I took 3A. 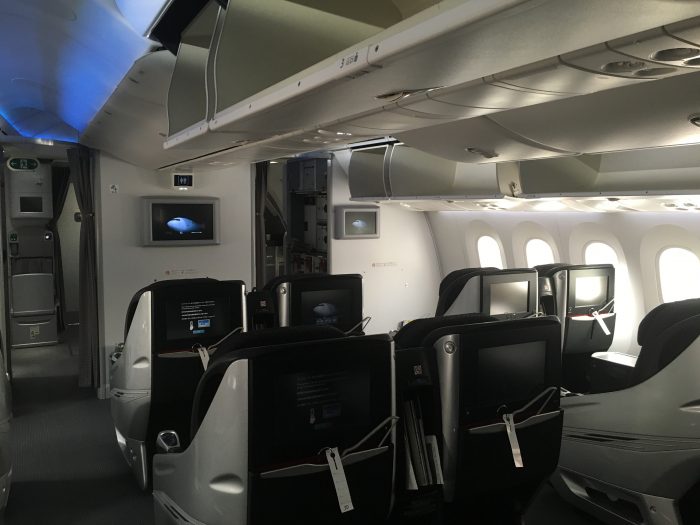 The seats are angled flat when fully lowered, which isn’t great on a transpacific flight, but they are far better than typical regional business class seating. I never extended it, since it was such a short flight. 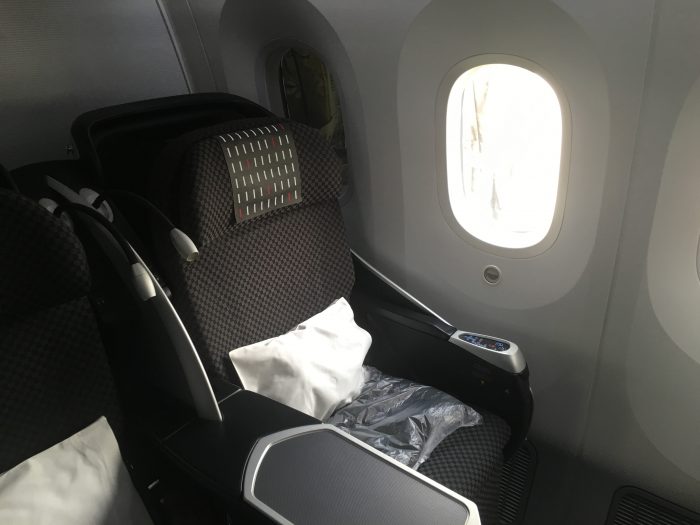 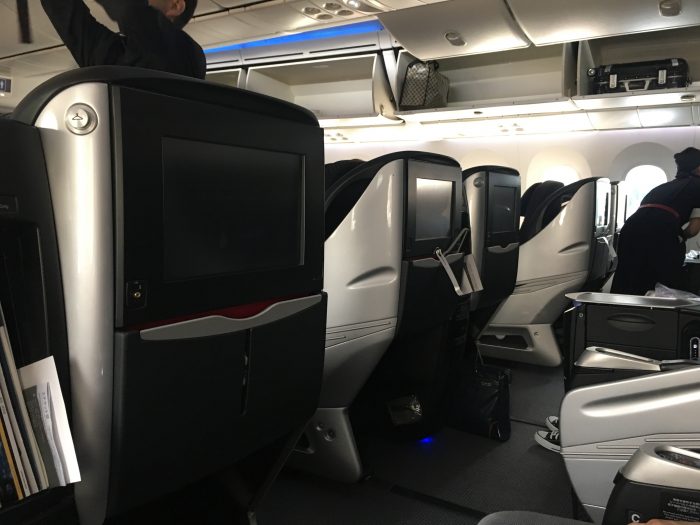 Everyone boarded quickly, and the business class cabin was completely full, so I wasn’t able to take more cabin photos. For more photos of the cabin interior, check out my JAL Business Class Boeing 787 Osaka KIX to Los Angeles LAX review.

There were no preflight drinks passed out, so I started on a movie, “Finding Dory”, as soon as I got situated in my seat. The headphones were pretty lousy for business class. The flight time from Seoul Gimpo to Tokyo Haneda was only scheduled to be 1 hour 35 minutes, the exact same length as the movie, so I was going to be cutting it close. It was the one time I wouldn’t have minded if we had been delayed for a few minutes, but we departed on time. 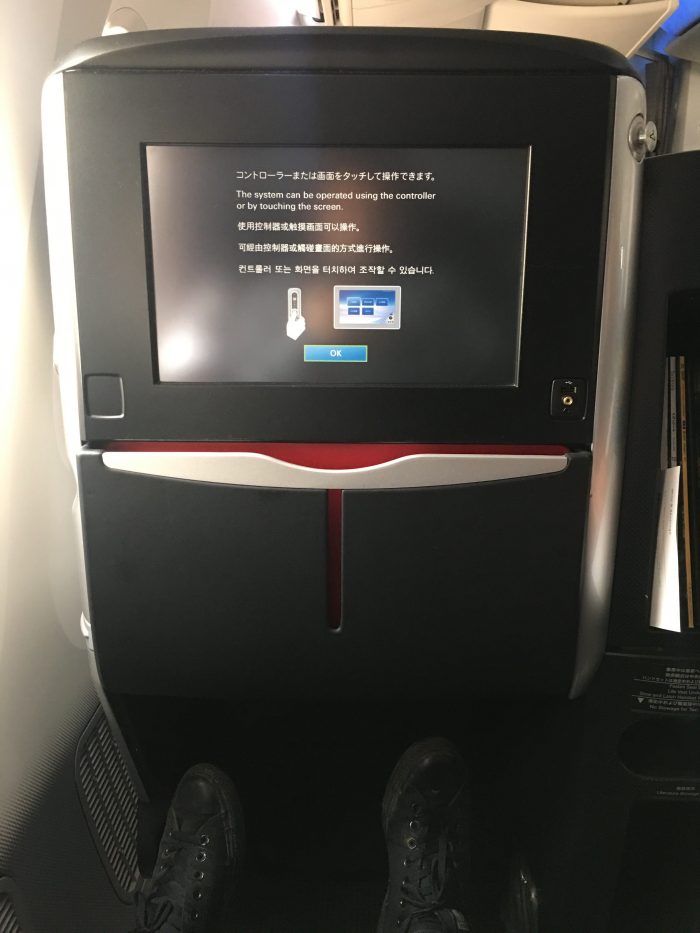 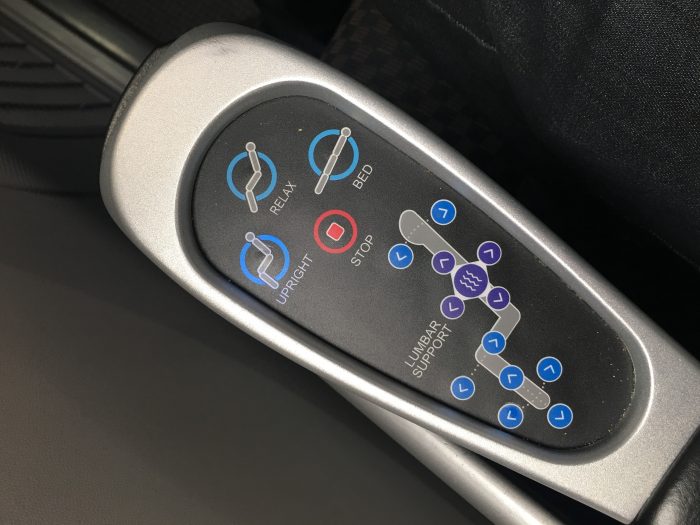 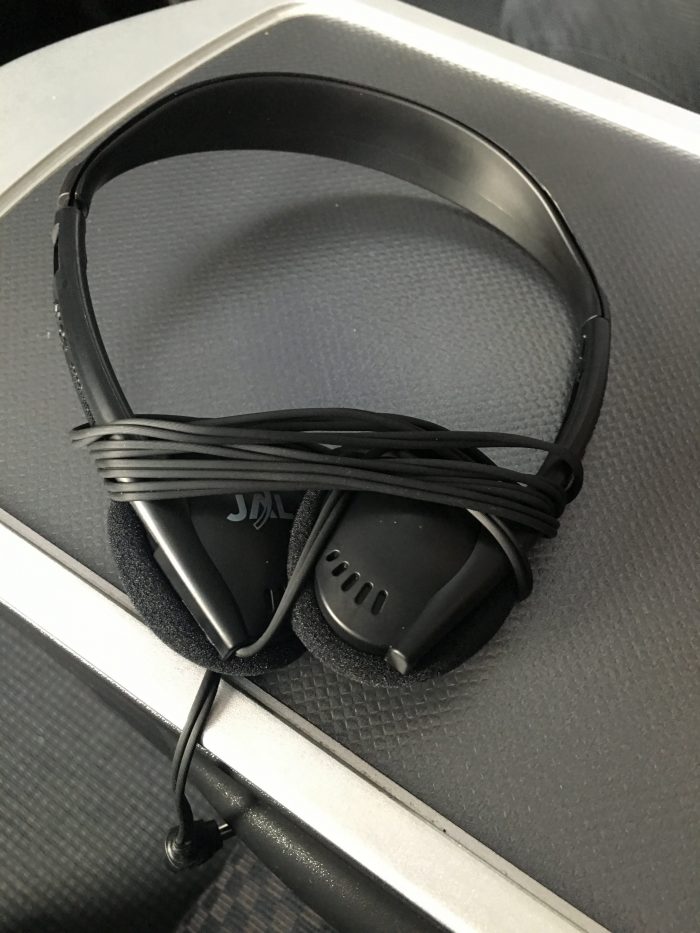 As we left, the ramp staff all waved goodbye to us. I don’t recall having seen that before, but it was sweet. 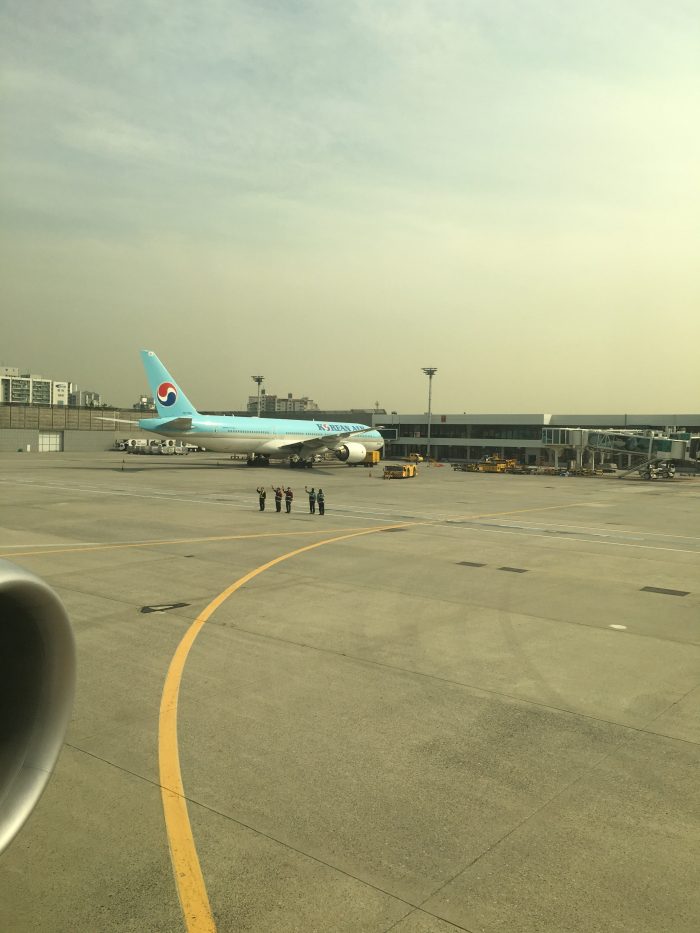 After takeoff, it took a little while for any inflight service to start. However, it made sense once I saw the Japanese-style lunch that had been prepared for us.

Here is the full menu: 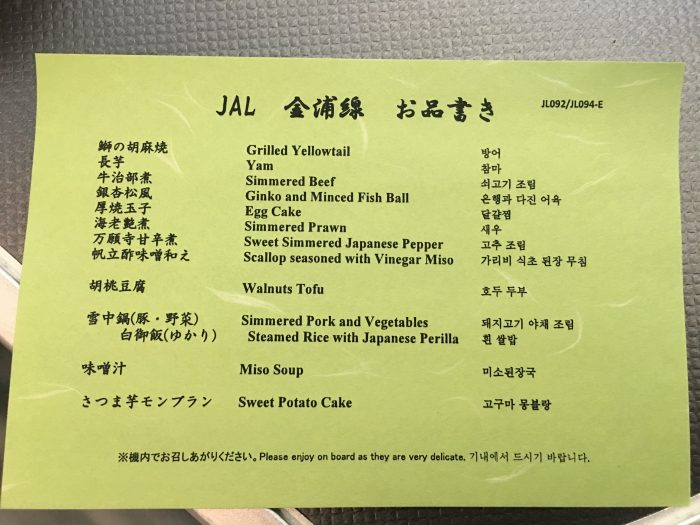 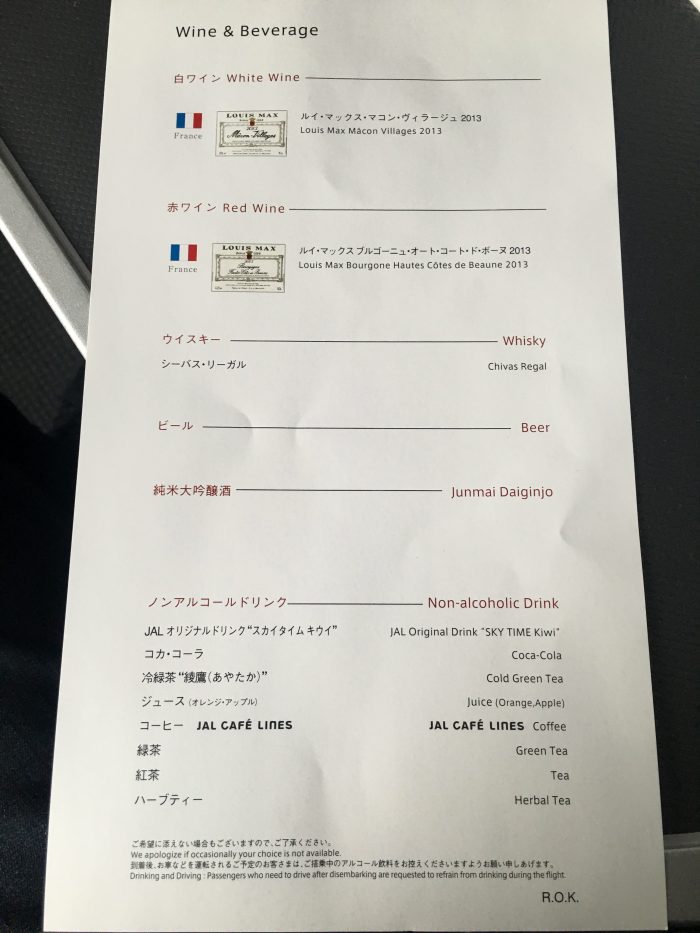 I love when airlines serve local cuisine on their flights. Japan Airlines is one of the best in the world at it. I’ve never had a bad meal on JAL before, and I loved being able to sample a variety of local dishes. It was a nice start to my day layover in Tokyo. 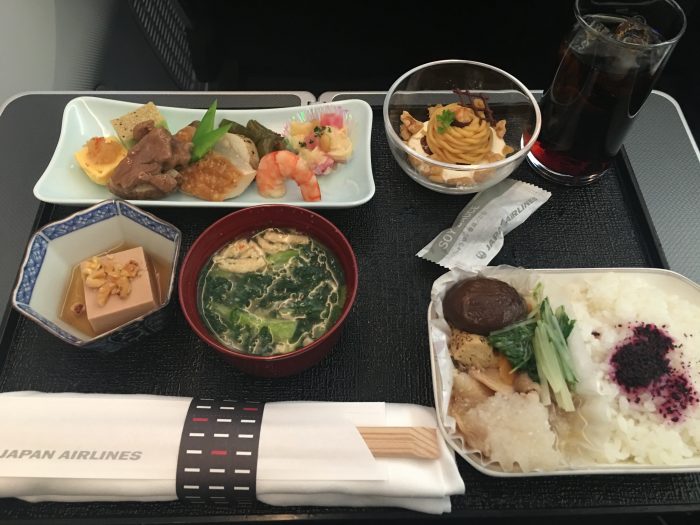 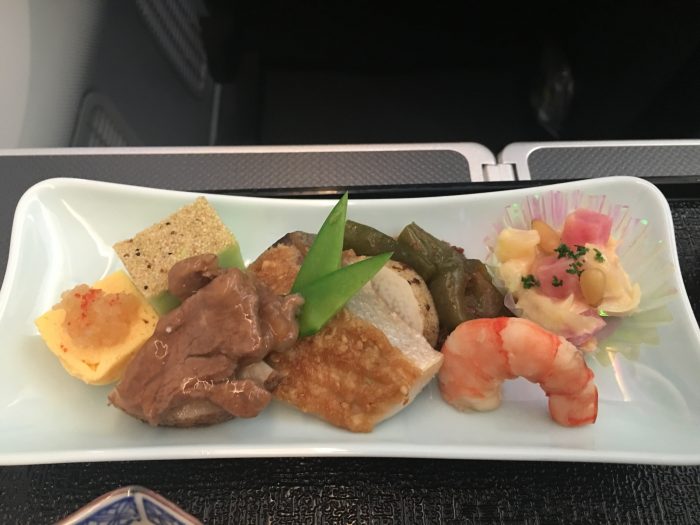 The movie wrapped up just as we were descending into Tokyo. I love the nice big windows on the Boeing 787. On our final descent, I could see Mt. Fuji in the distance both above and below the clouds, which I visited previously on a day trip from Tokyo to Kawaguchiko. 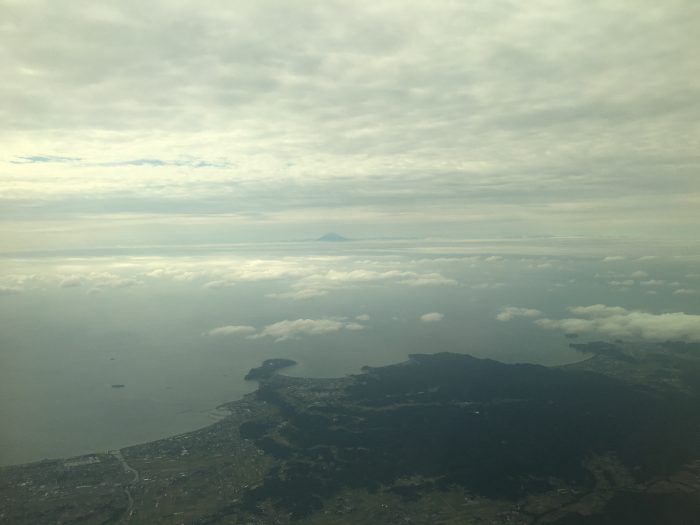 We landed, and immigration was a breeze. My bag was checked all the way home, so once I cleared immigration, I took the monorail straight into the city since I had almost 10 hours until my next flight. It was a long day, but my layover in Tokyo was fantastic.