I arrived back at the main entrance to Seoraksan National Park around 3pm. My hike to Biseondae and back had taken up most of the day. In the morning, I had passed the cable car station that takes visitors up to the top of Gwongeumseong Peak & Seoraksan Castle, also known as Gwongeumseong Fortress. Many visitors try to take the cable car first thing in the morning. I had skipped it rather than wait, but now it was time to check it out. 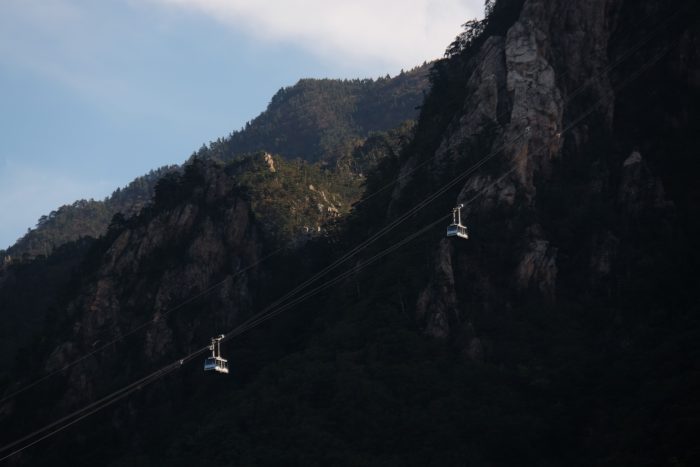 Tickets for a specific cable car must be pre-booked for a certain time. When I arrived at the ticket office at 3:05, the sign said the next available cable car was at 4:55, the second to last departure of the day. This would only allow for 30 minutes at the top before having to depart. However, I managed to buy a ticket for 3:20, which was just 15 minutes away. This is one of the perks of solo travel; there often is one last ticket available even when things appear to be sold out. 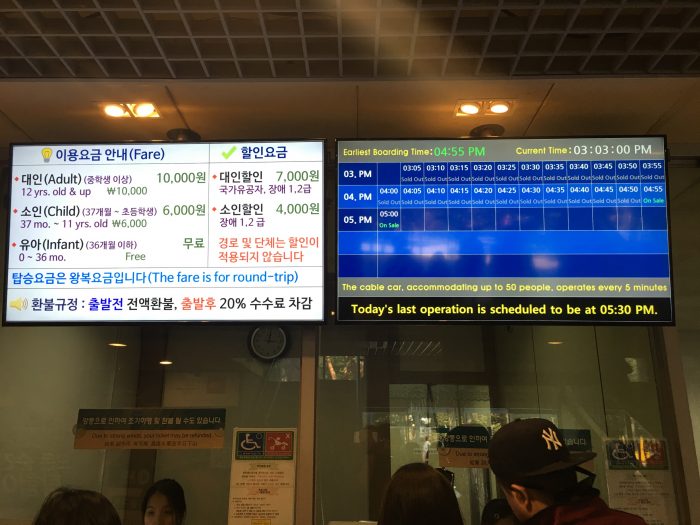 Tip: If you’re the last person to board the cable car, you’ll end up with the spot closest to the door, so you can get the best view. The cable car holds about 50 people, so many people end up in the middle. The ride up to the top of Gwongeumseong Peak takes about 5 minutes. 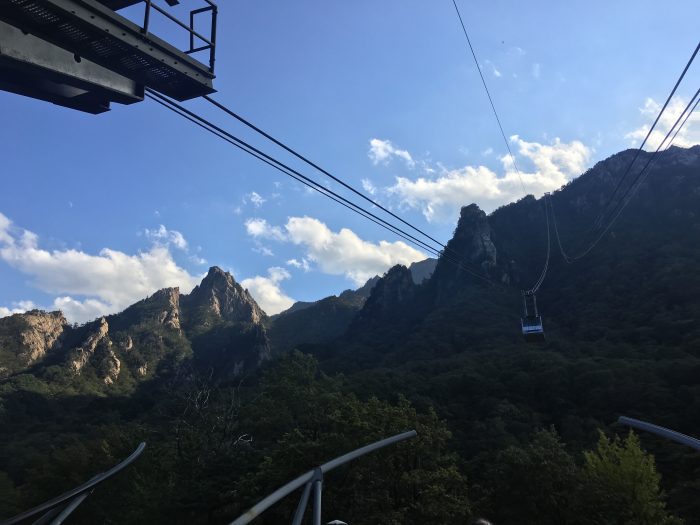 The cable car arrives at a building that has been constructed on the edge of the mountain. There are a couple of levels to the building, with outside decks where you can see panoramic views of Sokcho, the surrounding mountains, and all the way to the sea. Gwongeumseong itself is about 700 meters above sea level.

There’s also a small cafe at the top. I realized I hadn’t eaten in ages, so I had some honey pancakes with peanut inside. The peanut was a pleasant surprise. I imagine that someone with a peanut allergy would find this surprise much less pleasant. 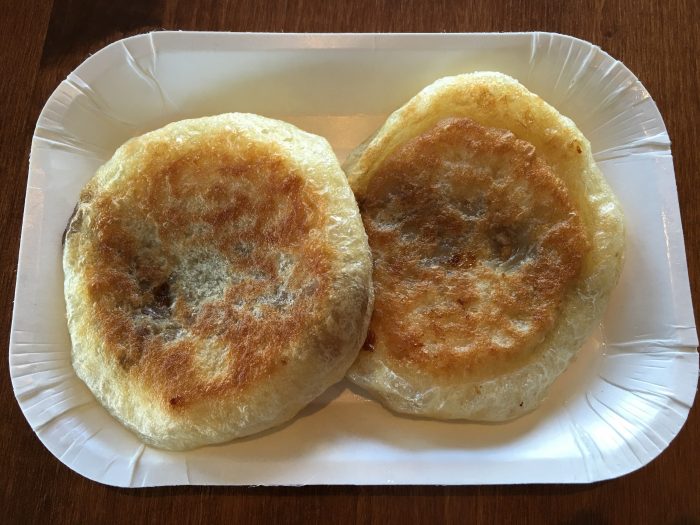 The cable car doesn’t quite get you all the way to the top of Gwongeumseong Peak. There is a trail that leads to the top. It takes 10-20 minutes depending on how quickly you can scale a staircase. 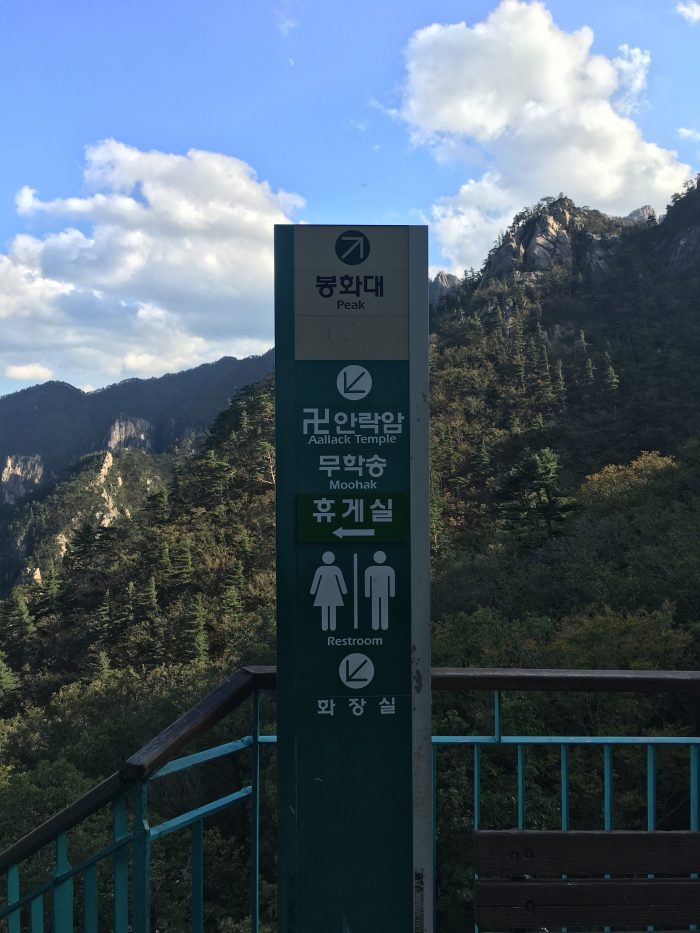 Once you’re at the top, you’ll see a massive bald rocky hill. This is Gwongeumseong Fortress. During the 13th century, a castle was built here. Nowadays there’s not really anything that stands out as looking particularly man-made, aside from a stone wall below. 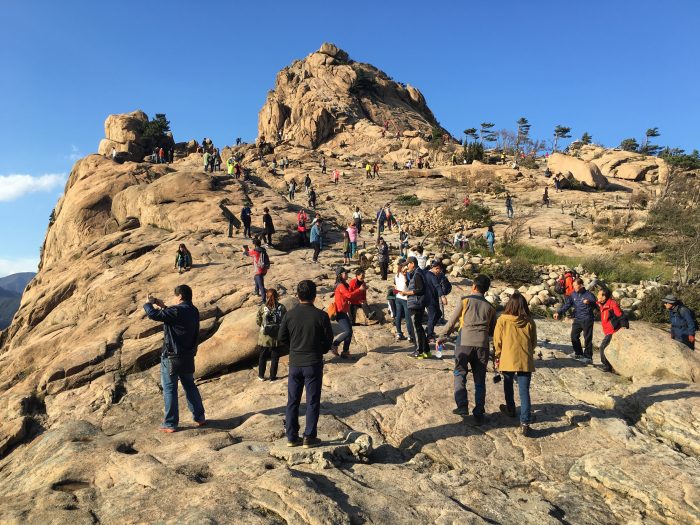 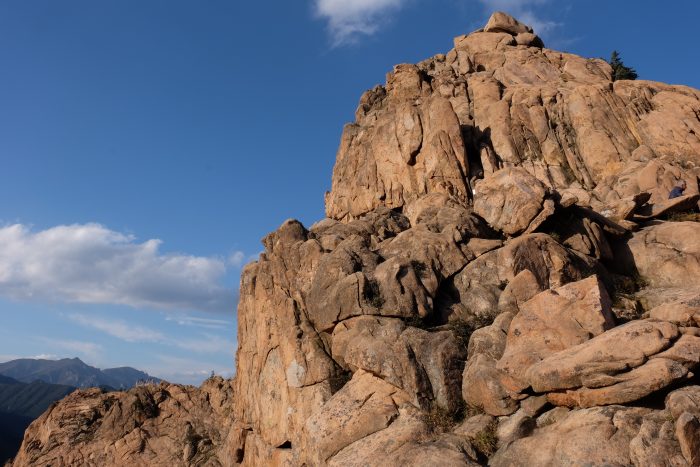 It’s a beautiful rock formation, and thanks to its position looking out over several valleys, the views are incredible. I could see all around Seoraksan National Park, including to the Biseondae area, where I had just been, and over to Ulsanbawi, where I would go the next day. 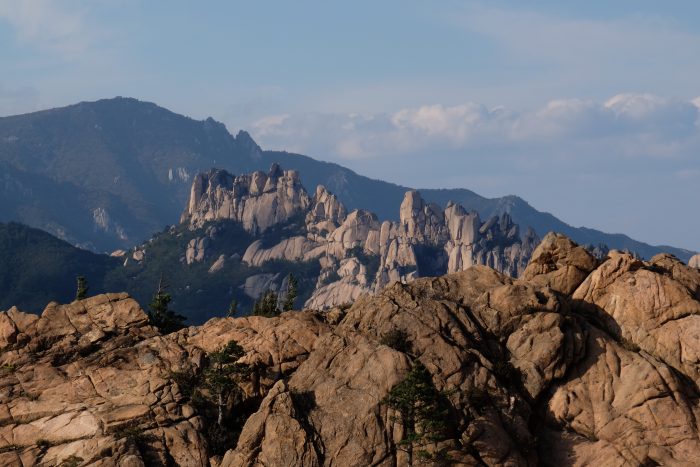 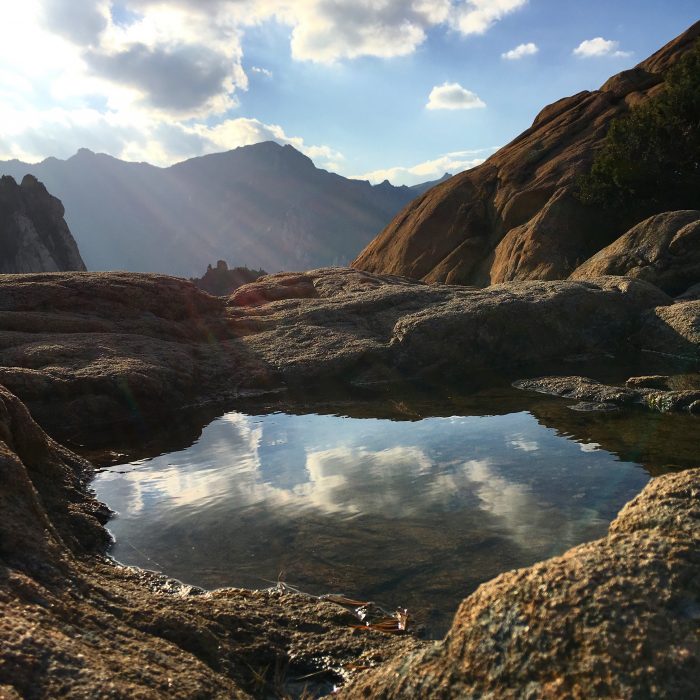 Even with cable car access limited to a certain number of people, it’s fairly crowded at the top of Gwongeumseong Peak. Still, there are plenty of spots where you can find a bit of quiet, since there are many viewpoints to wander to. As always, be careful near the steep cliff edges. 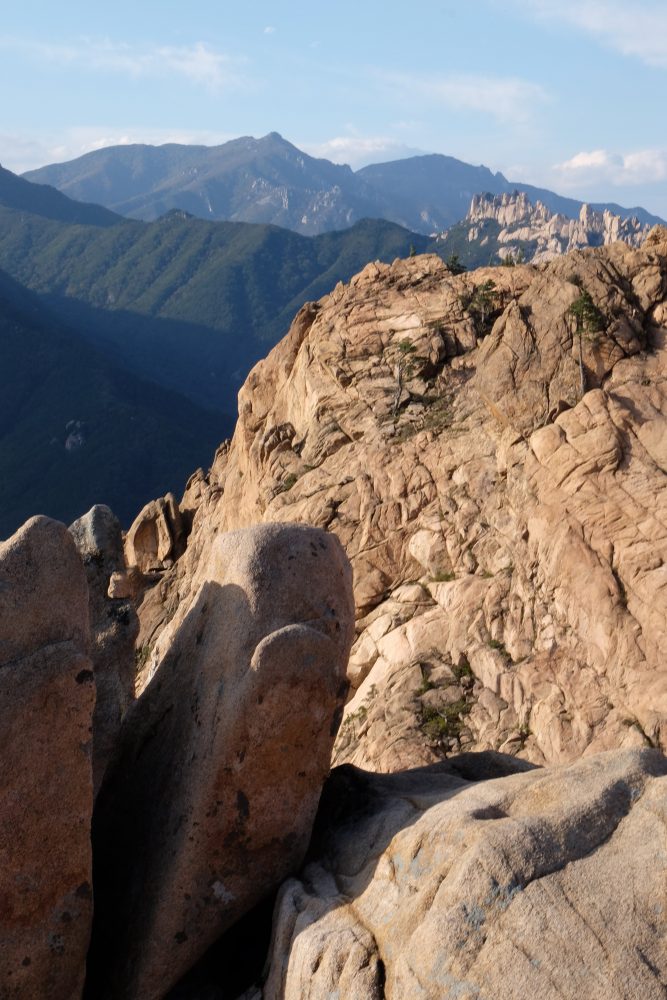 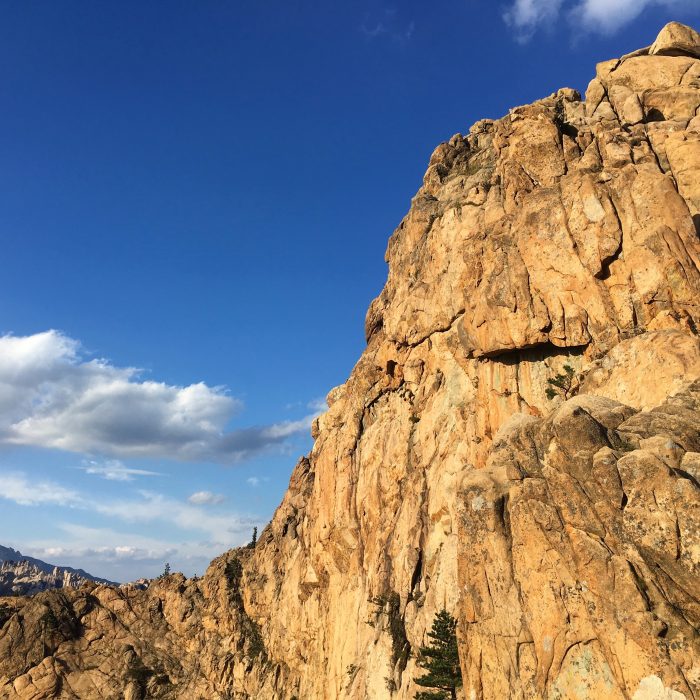 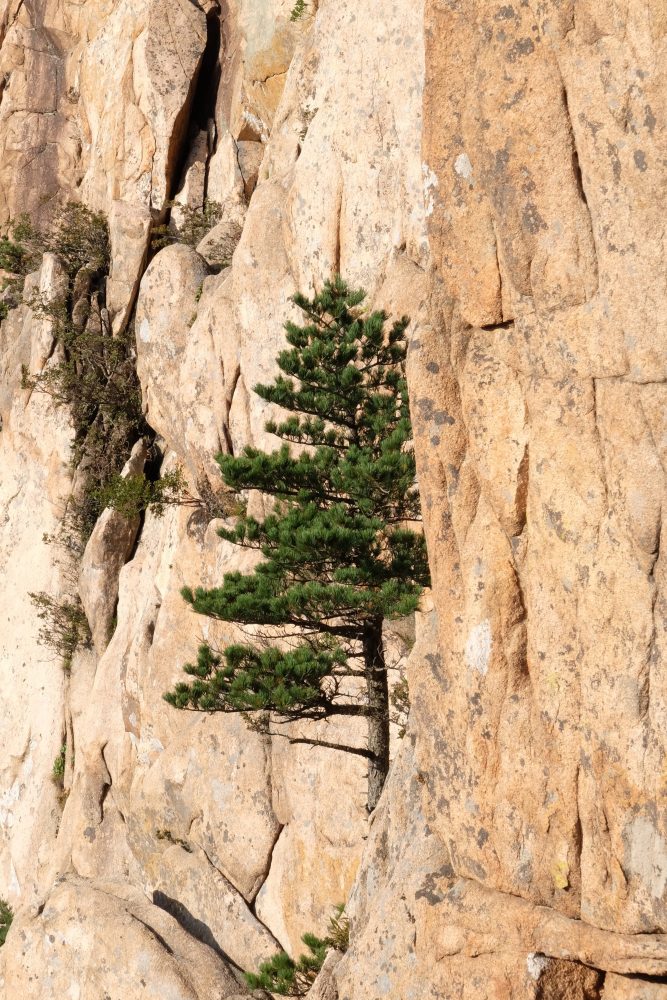 I stayed up at the top of Gwongeumseong Fortress for about an hour before taking the cable car back down. Since it was partly cloudy, the light kept changing on all of the surrounding mountains. 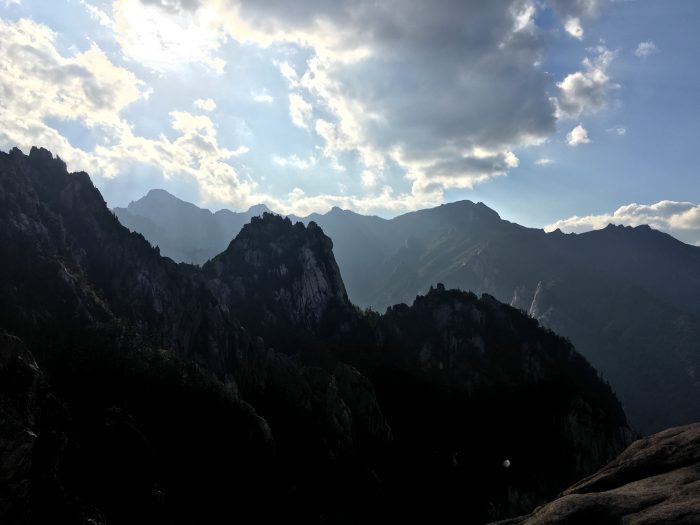 Thanks to the 360-degree views, no matter what time of day it is, something nice will be in the sunlight. The views up here would be particularly stunning at sunrise or sunset, but unfortunately the cable car is only open during daylight hours.

If you’ve come to Seoraksan National Park for its hiking trails, you might consider skipping the cable car to the top of Gwongeumseong. However, given the incredible views, you’d be missing out on one of the best experiences in the park.