Heading to Helsinki, my perception was that the city was fairly large. Perhaps it’s due to my relative familiarity with Finland as a whole compared to other places I hadn’t yet traveled to, including knowing about Finnish stars of sports such as hockey & F1, some familiarity with Finnish technology such as Nokia and Rovio (makers of Angry Birds), or the general reputation of its citizens for being nice, highly-educated people, but I had built up Helsinki to something bigger in my mind.

In reality, Helsinki is actually a fairly small place, or at least it feels that way. While around 600,000 people live in the city itself and 1.4 million in the metro area, I assume the population is very spread out, as it felt more like a town half that size. The city center seems much smaller than I had expected. It’s perhaps two miles across, and considering there is plenty of parkland inside this space, it’s hardly packed.

This isn’t a complaint, mind you; I enjoyed my time in Helsinki. The city center was fun to explore, though it’s easy to cover most of it in just a couple of days.

I had purchased a 24 hour pass upon arriving in Helsinki the previous afternoon, so it was still good for most of the day. I took a quick subway ride from near where I was staying at the Holiday Inn Helsinki – West Ruoholahti to Hakaniemen station.

Right outside the station is one of Helsinki’s most famous food markets, Hakaniemi. Hakaniemi Market Hall is a crowded, multi-floored market selling everything from food & drink to arts, crafts, and clothing. 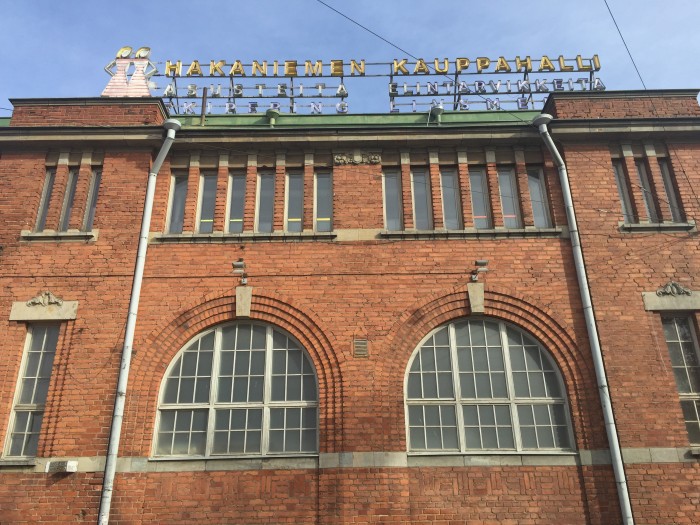 Outside, there are more market stalls. 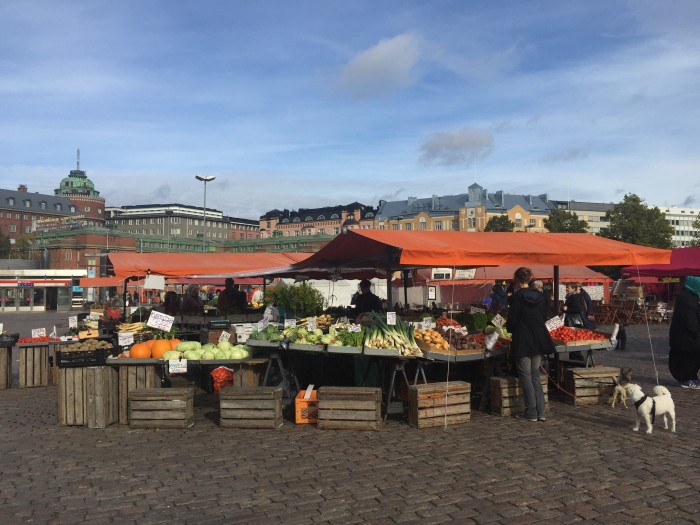 As I usually do in street markets, I explored the full market before getting any food. With so many options, I wanted to make sure I wasn’t going to miss out on something great by being full. 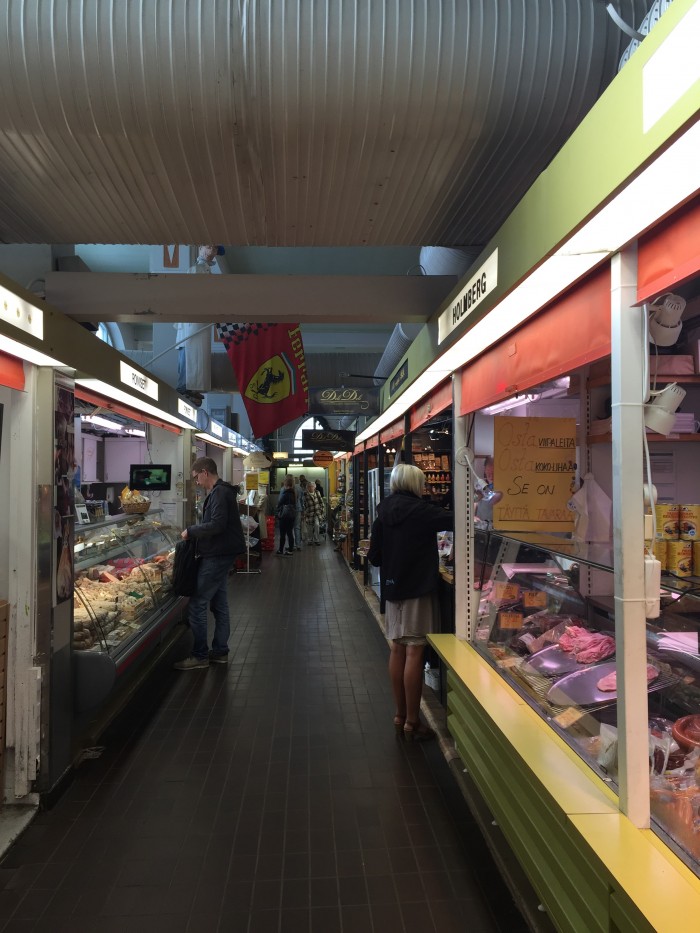 After wandering around the first floor, I went up to the second floor. Up here was mostly clothing, though there was a restaurant/bar in the center. 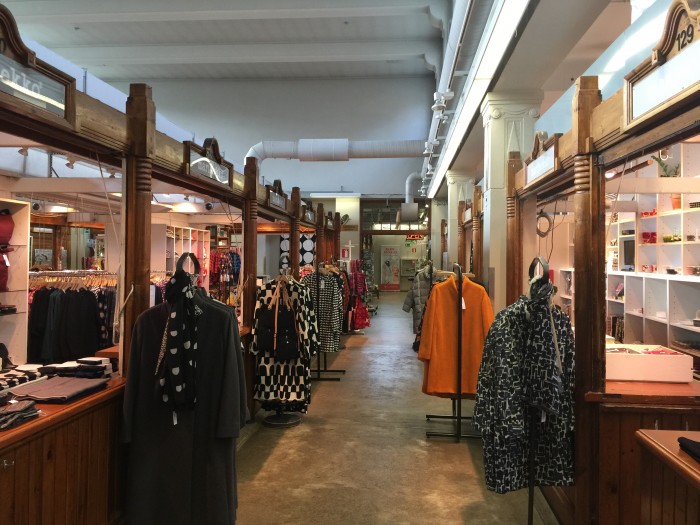 I had an open-faced salmon sandwich. The market was filled with lots of salmon & seafood options, which is not surprising for a city that is on the sea like Helsinki. 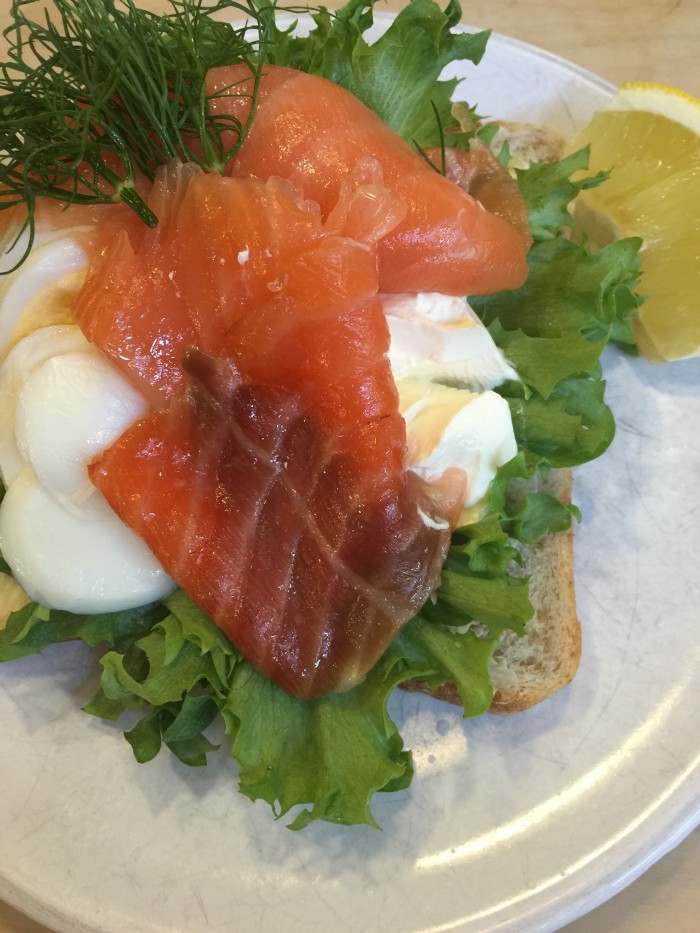 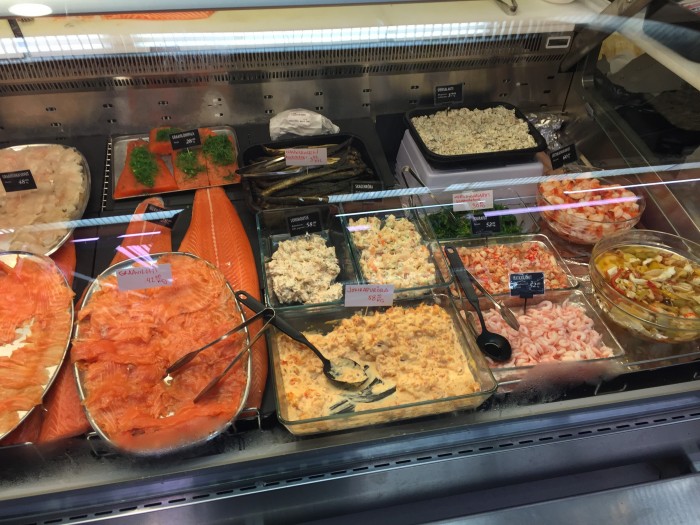 Making my way back downstairs, I wanted more food. I had seen a crowded soup spot called Soppakeittio Tapaste oy that looked promising. I found an open seat and had their bouillabaisse, which was packed with seafood. There were also bread baskets for everyone to share at the communal seating, and the bread was perfect for dipping in the broth. 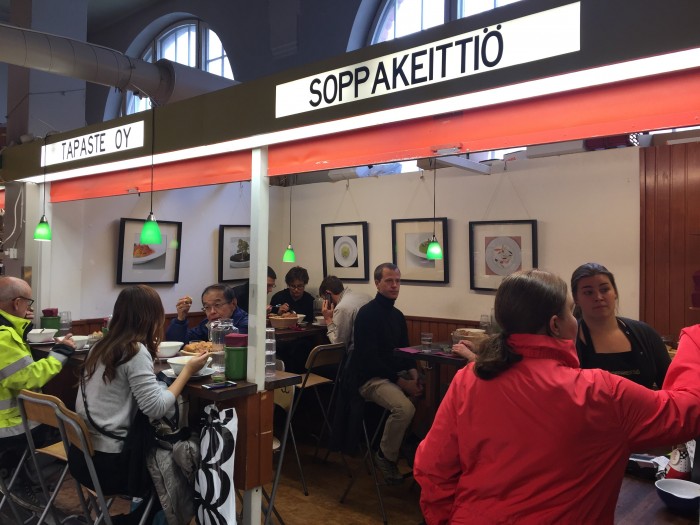 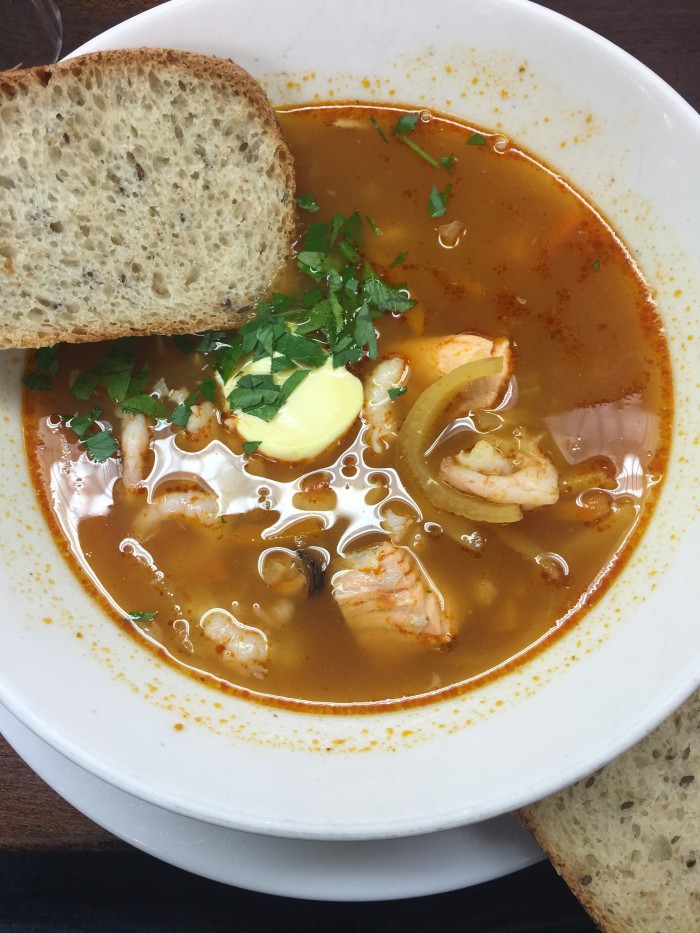 By this point I was fairly full, but I had seen a few bakeries in the corner of Hakaniemi, so I couldn’t leave without at least trying something. What had caught my eye was a twisted cinnamon pastry, which I would learn is called “korvapuusti”, Finnish for “slapped ears”. They’re a cousin of the cinnamon bun, though thankfully not covered in overly-sweet goo. 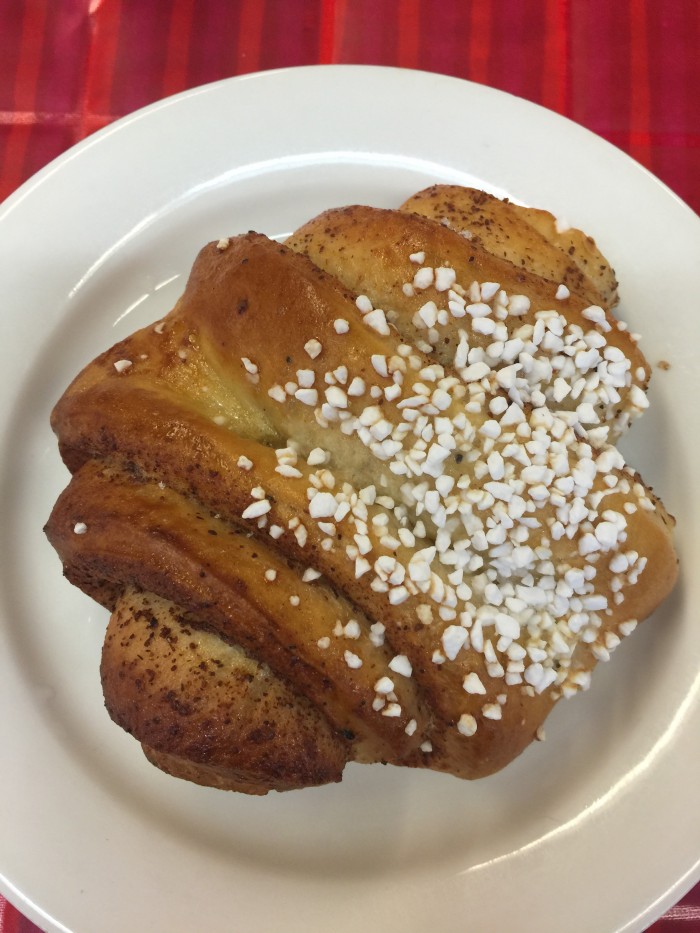 Other notable sights in central Helsinki

Belly full, I then spent the rest of the afternoon wandering around the center of Helsinki, walking along the water, through a few parks, and past the cultural centers of the city. 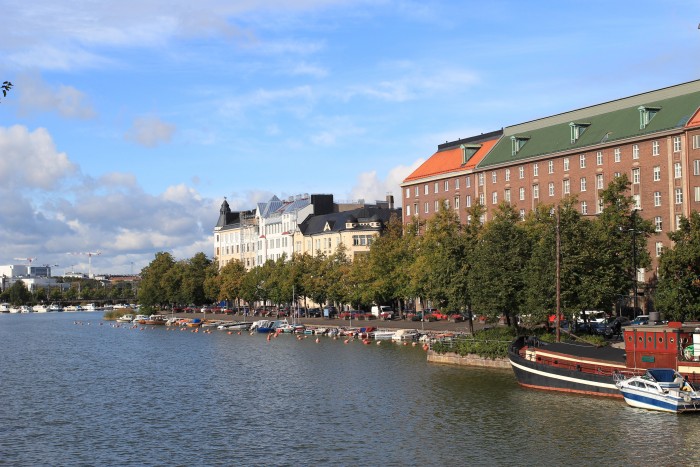 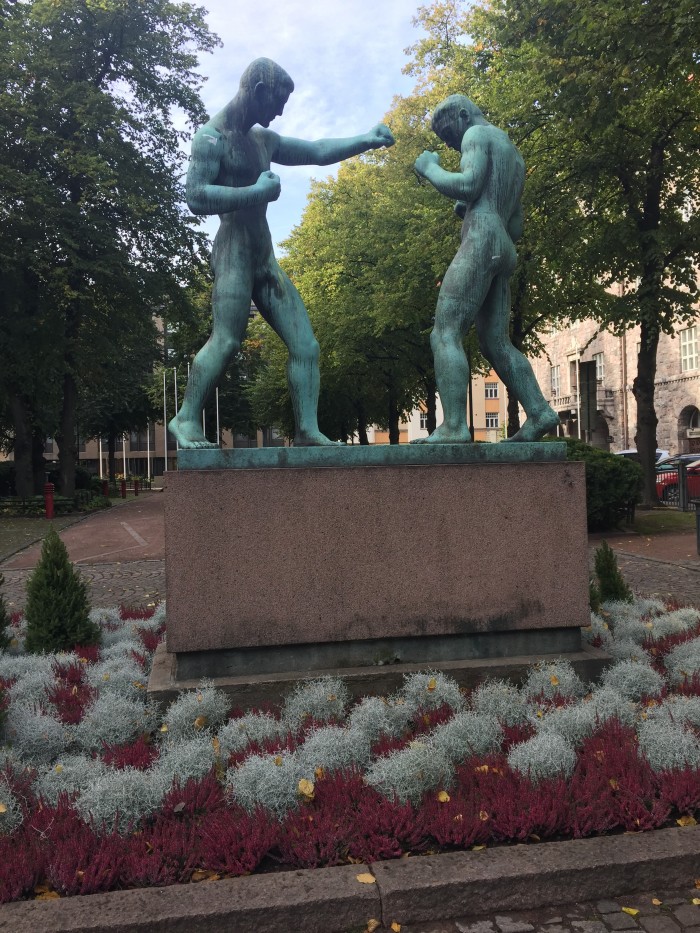 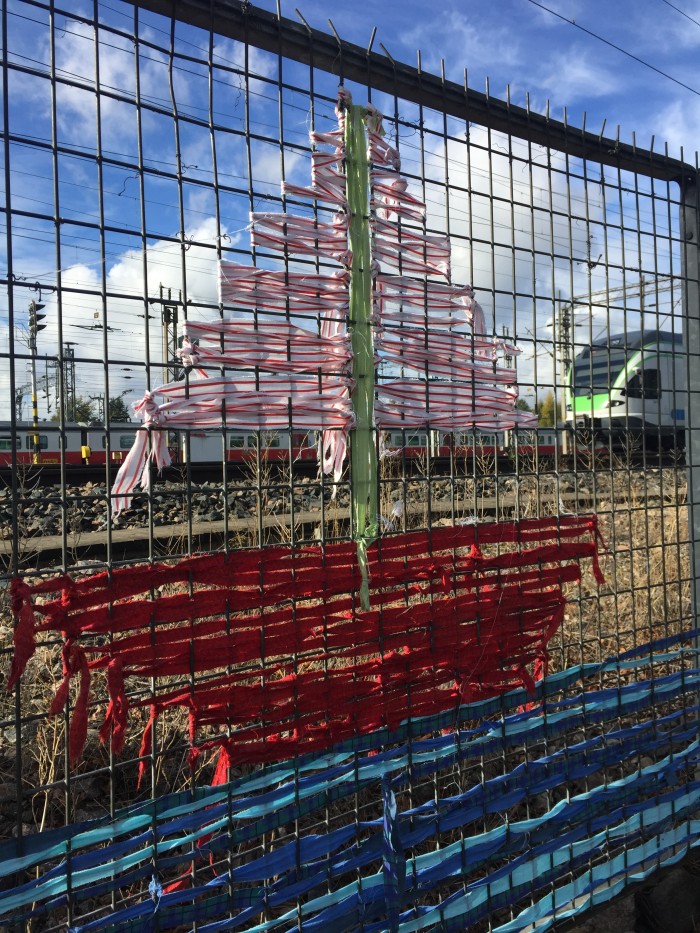 There is a fair amount of concrete brutalist architecture in Helsinki thanks to the unfortunate coincidence of post-World War II rebuilding + expansion and what I believe to be the worst architectural trend in history. However, there are some real gems as well, both as old buildings and new construction. Helsinki central train station is especially impressive, with its large statues & art nouveau & art deco elements. 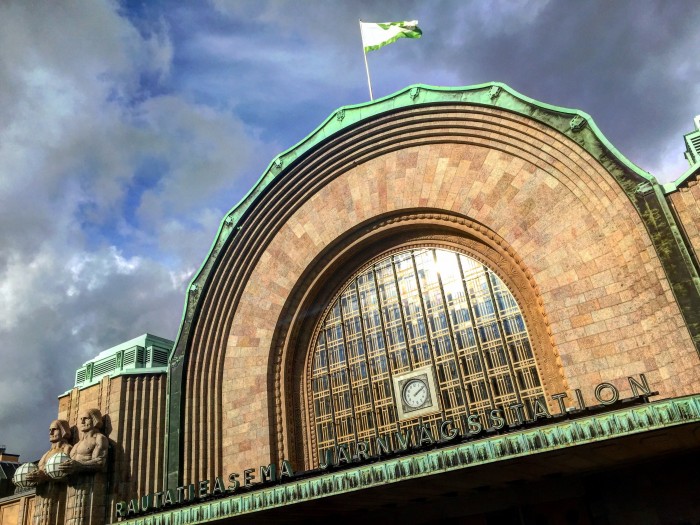 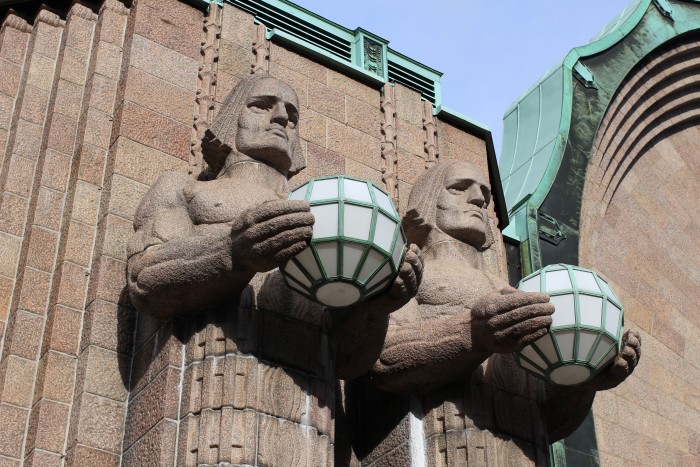 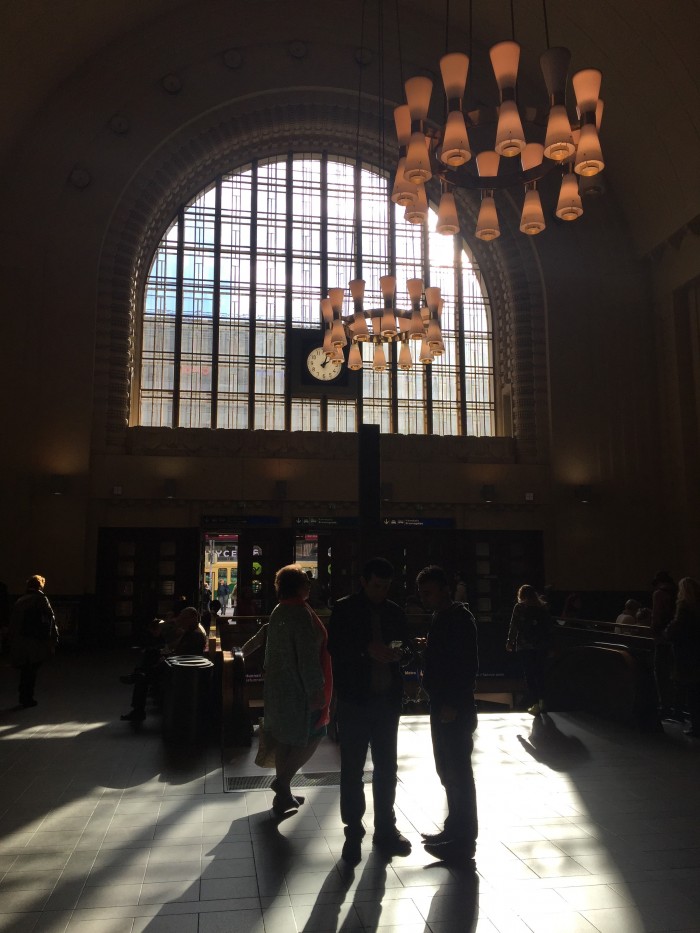 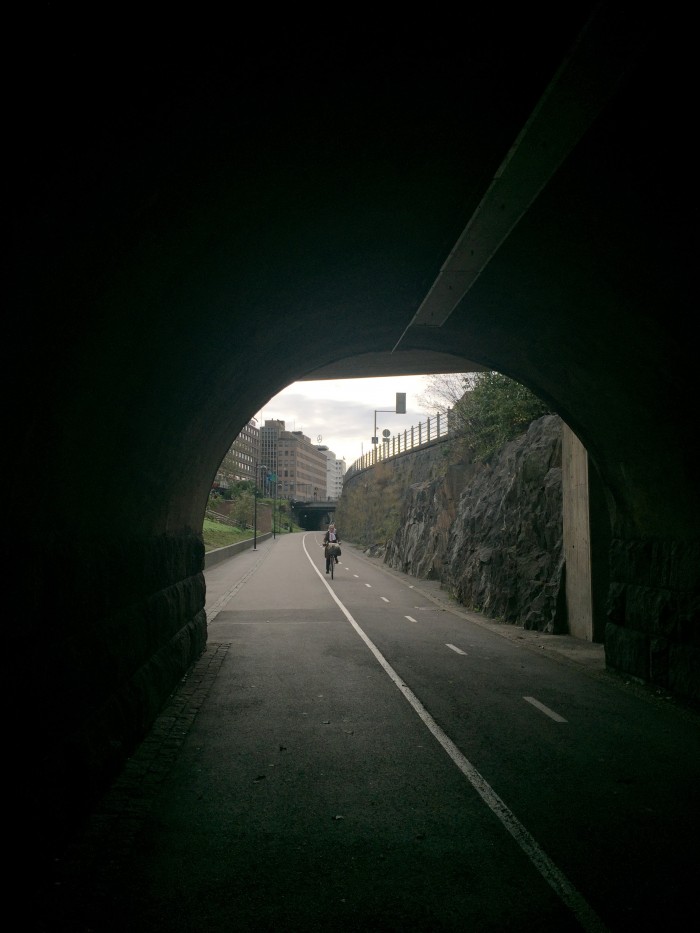 After a couple of hours of wandering around, I then noticed the clouds were building, so I ducked into a craft beer bar just before it started to rain, opting to end my outdoor adventures for the day.

The next morning I took the subway back into the city center (on the 2nd 24 hour ticket I had bought the day before, it was great to be able to minimize that expense in this way), then walked over to Helsinki’s Market Square. 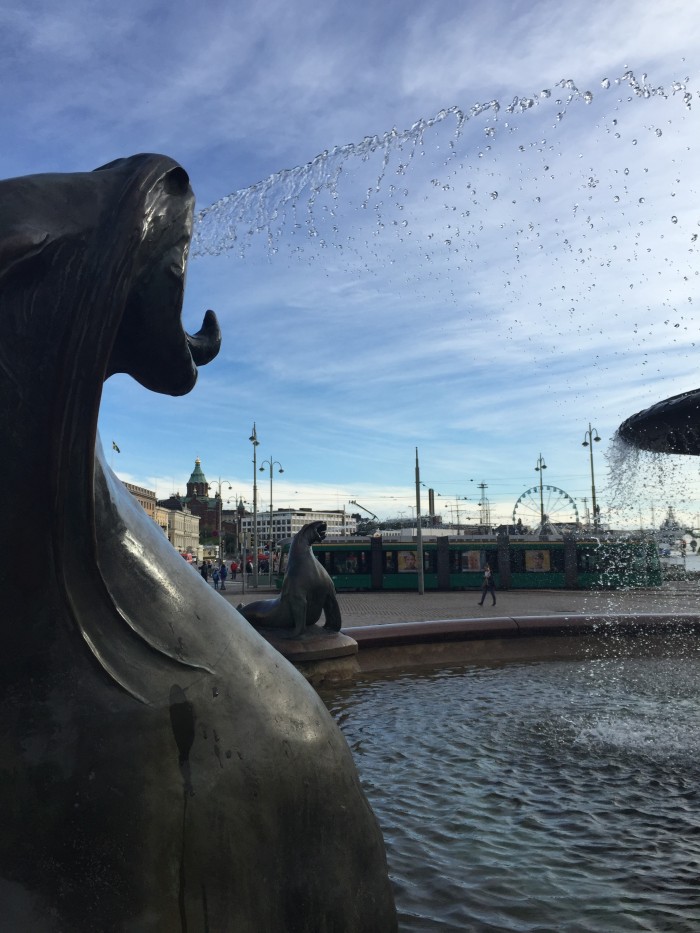 Market Square has an array of vendors, from outdoor market stalls, to vendors selling fish right off a boat, to an indoor market. 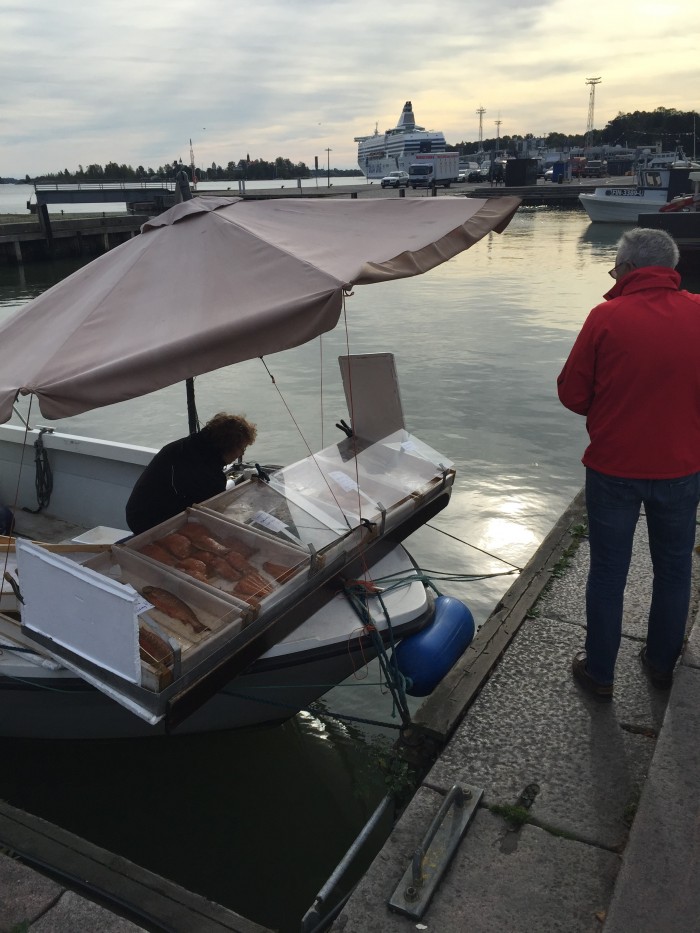 I headed for Vanha kauppahalli, or Old Market Hall. 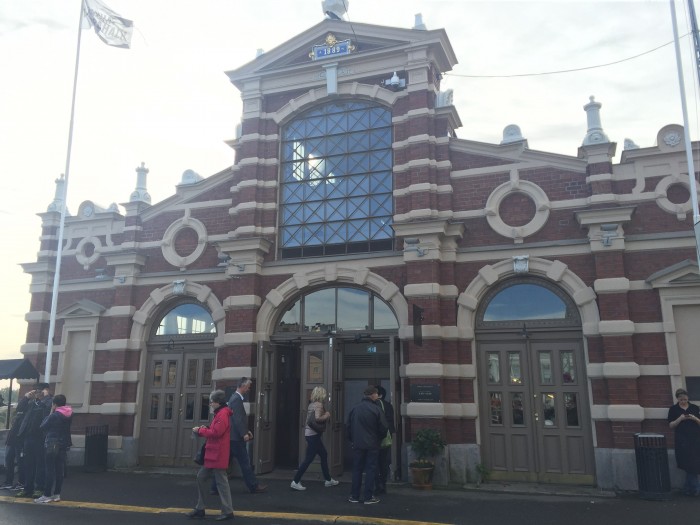 Old Market Hall is a smaller food market than Hakaniemi, but it’s less crowded and more spacious between the stalls, with two rows of small, high-quality shops. 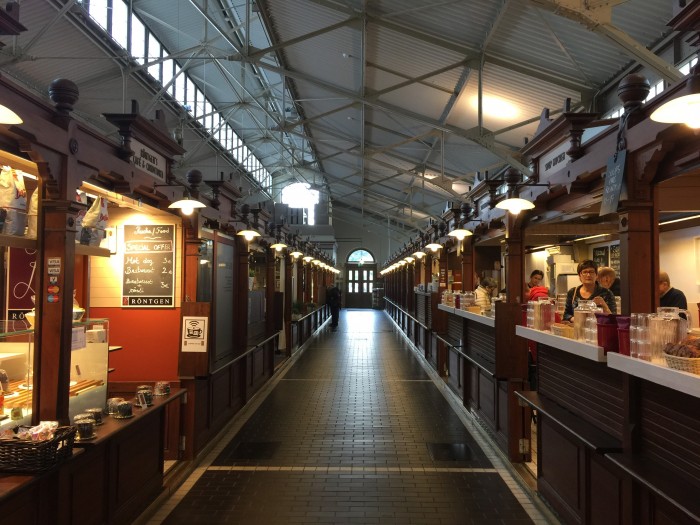 I couldn’t resist more salmon. These were rolls of smoked salmon with just a bit of cream cheese. Delicious. 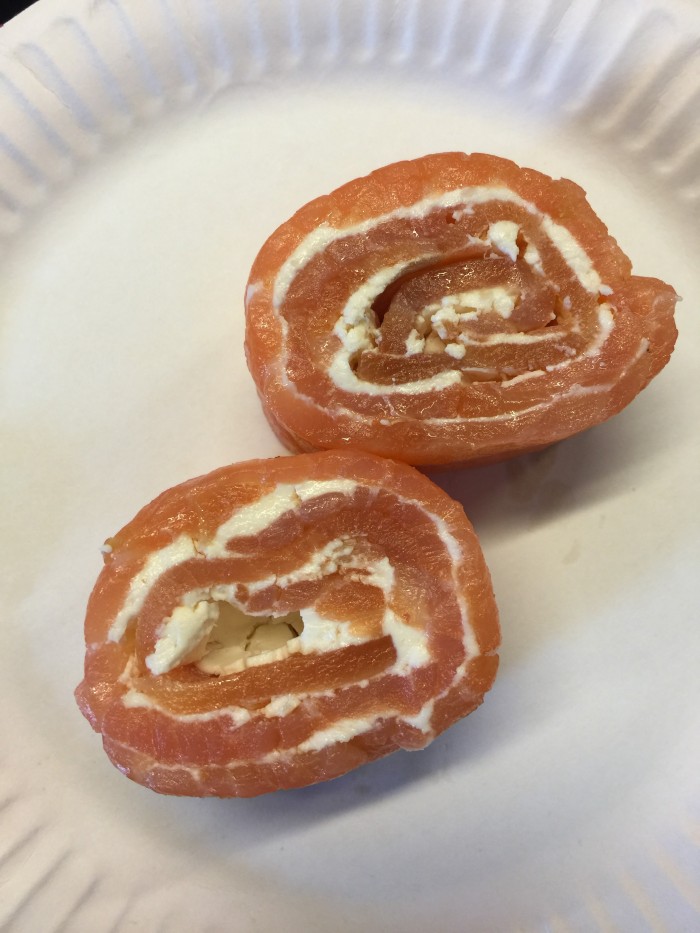 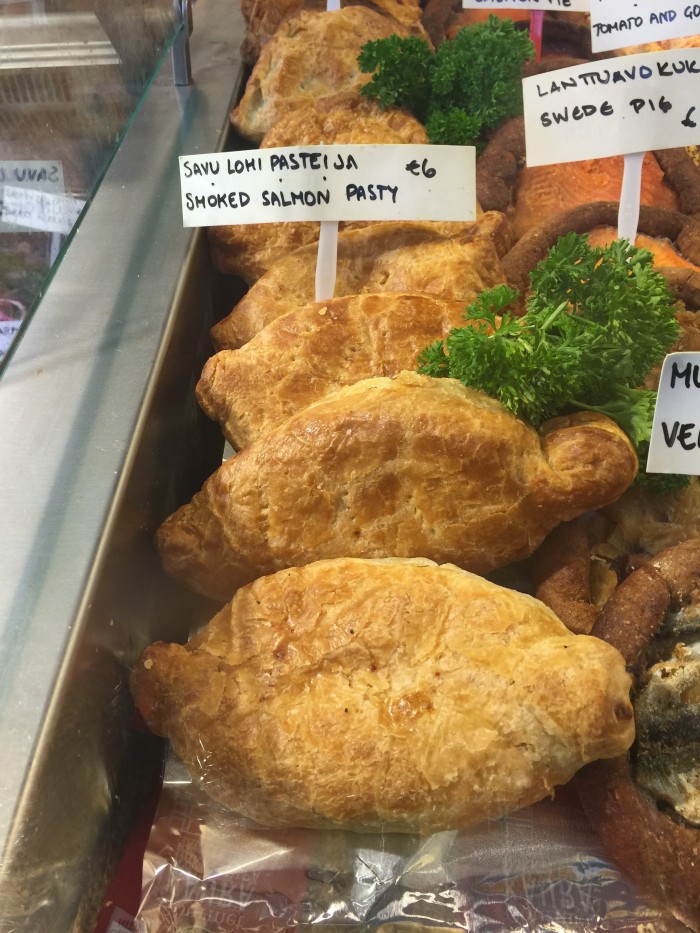 Then for dessert, some carrot cake from one of the many bakeries in Vanha kauppahalli. It didn’t contain any smoked salmon, but it was tasty nonetheless. 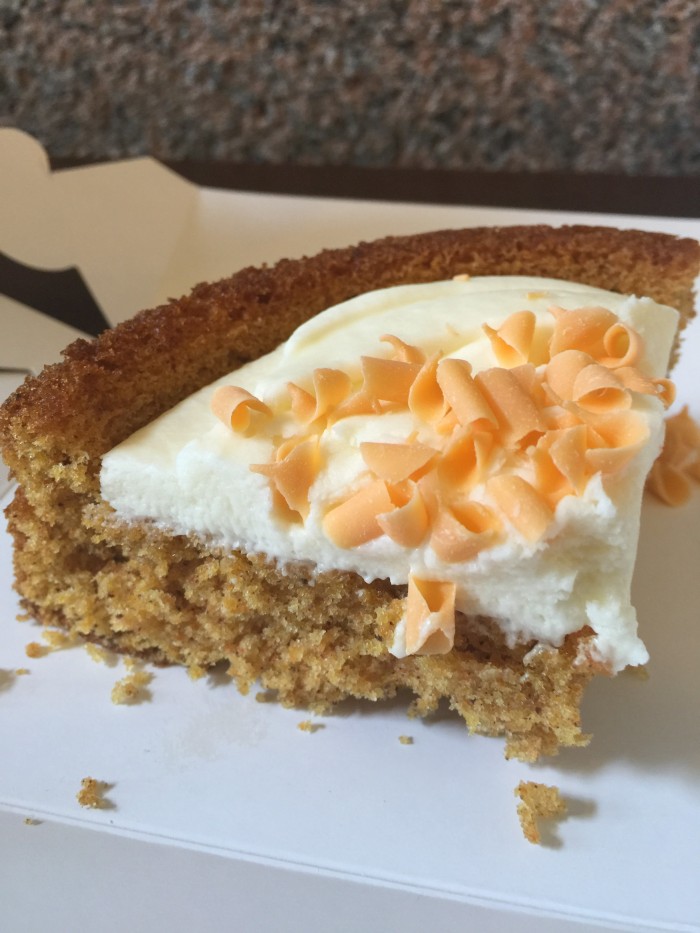 After eating at the food market, I then got on the ferry to Fortress of Suomenlinna. When I got back to the mainland, I spent the rest of the afternoon, which was the last one of my trip before beginning my journey home, visiting more of Helsinki’s craft beer bars.

Helsinki’s city center may not be big, but it’s nice to wander around, especially if you’re hungry, thanks to having some great food markets.