The southern coast of Finland is dotted with thousands of islands. The islands range from small rocks in the sea to larger entities that hold entire towns. Among these larger islands in Helsinki’s harbor is Suomenlinna, which, due to its location, became the home of a large sea fortress in the 18th century. 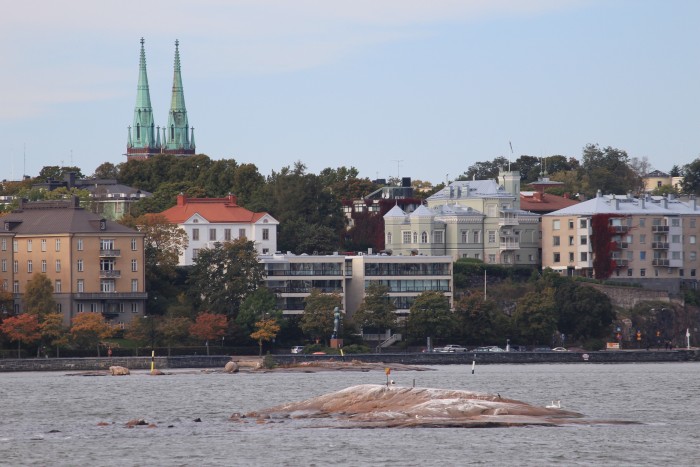 The name Suomenlinna translates to “Castle of Finland.” While there isn’t a formal castle, there are still militarized sea walls and other defensive installations to explore. The islands (technically there are six of them) are now a UNESCO World Heritage Site that houses old military buildings and artillery, dockyards, parklands, museums, restaurants, a hostel and even a brewery. About 800 people live on the islands, which must be pretty cool aside from dealing with tourists. 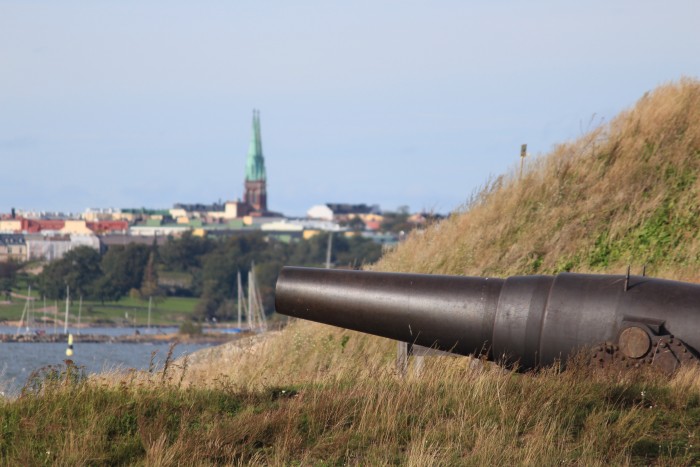 How to get to Suomenlinna from Helsinki

Getting to Suomenlinna is easy from Helsinki. Ferries depart up to every 15 minutes, depending on the season, and tickets are included with the 8€ daily transit pass I’ve mentioned before (or are still just 5€ separately), so there’s no reason not to go and check it out. It’s a beautiful ride, and the island itself is a fun place to spend a half-day or even a day exploring. 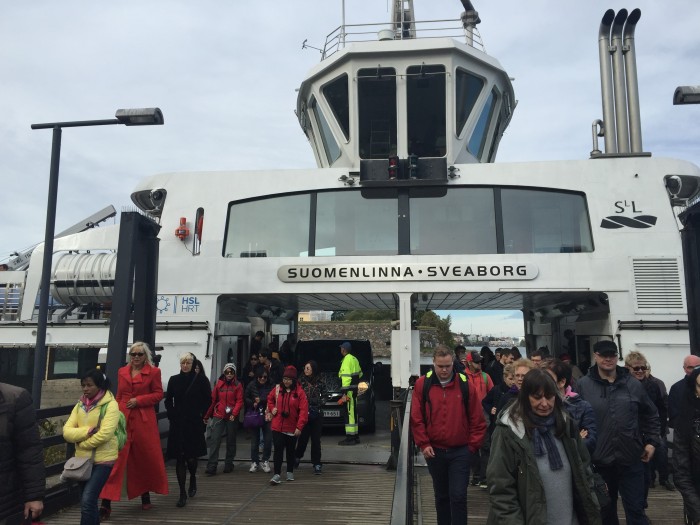 I arrived at Suomenlinna around mid-day, having gone to the market area near the ferry terminal for food beforehand. The ferry was reasonably crowded for a Friday in October, but once we were ashore, everyone dispersed fairly quickly, as there are many different places to head to on the island. I noticed the brewery as I disembarked, so I made a mental note to check it out if it was open when I was done. 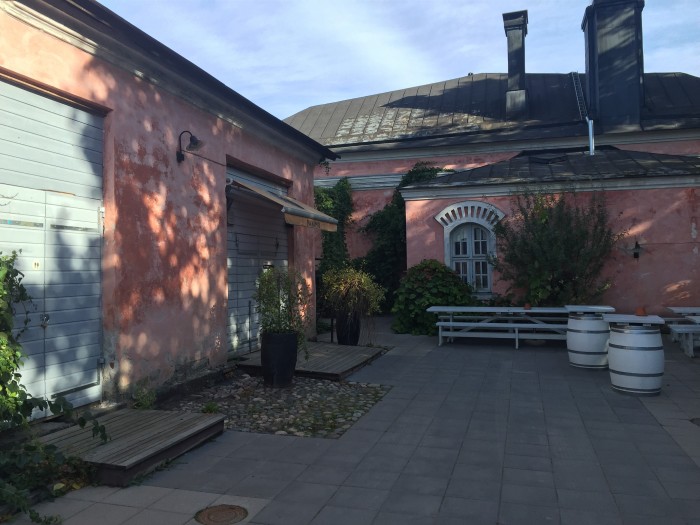 I was immediately glad that I had worn my hiking boots that day. The streets of Suomenlinna were not only cobblestoned, but sharply cobblestoned at that. 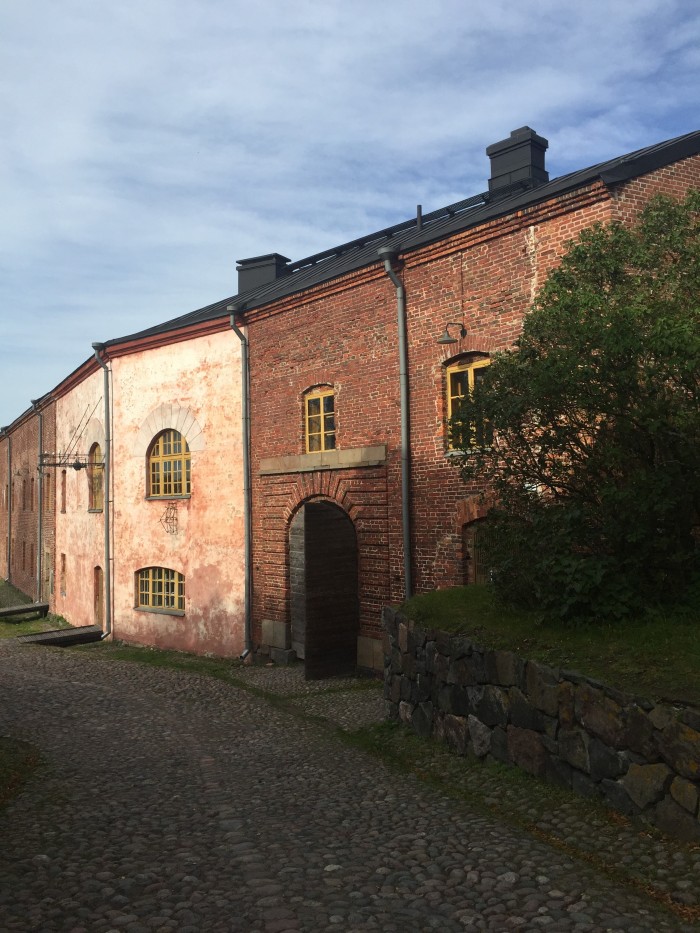 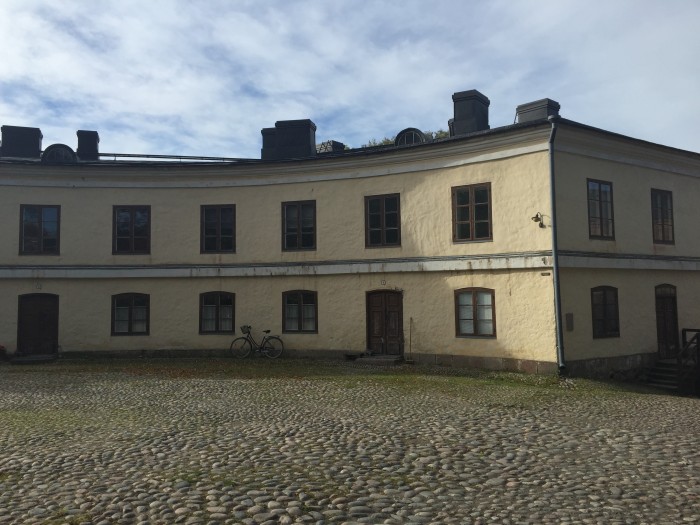 My first stop was a very tiny, yet extremely tall church. While it makes sense that a small population wouldn’t need a huge space, the height was unexplained. Unfortunately there was no way up to the top, but the view of the island from it must be great. 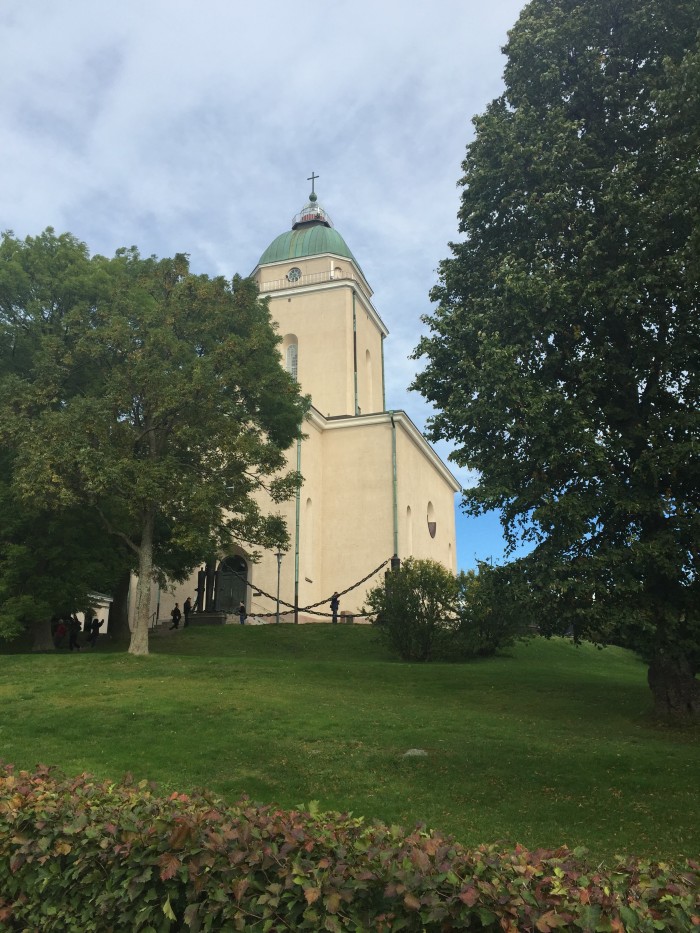 As I headed further south on the island, it became more and more quiet, as many of the people who had gotten off the ferry with me had gone in other directions and not ventured that far. 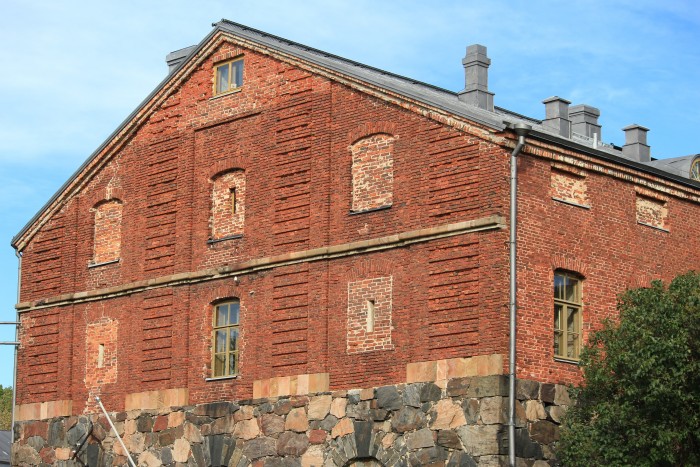 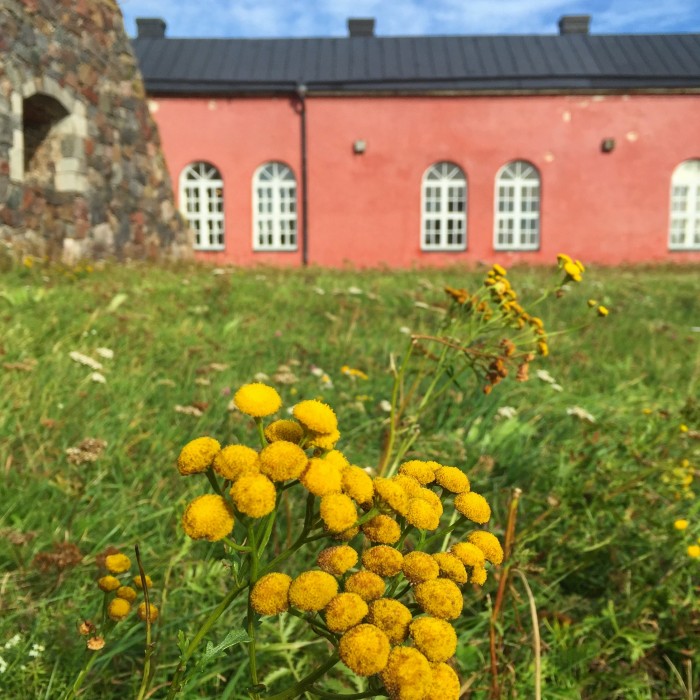 While there had been some chill in the air throughout my trip to Northern Europe, it was finally in Helsinki that I began to feel that winter was coming. The leaves on the trees were already changing, and the cold winds coming off of the Baltic Sea showed me just who was in charge here. 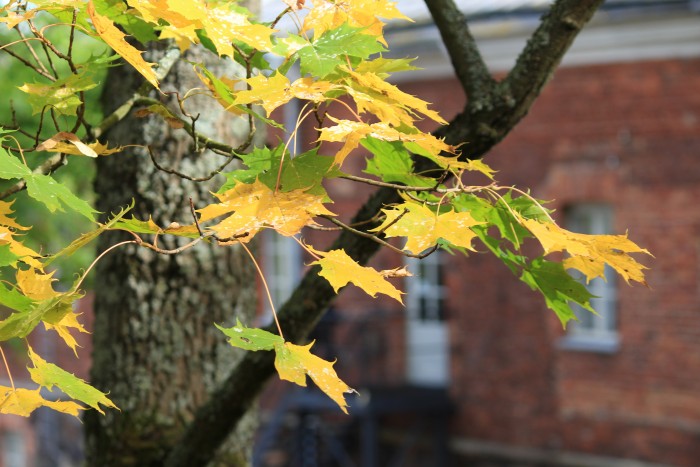 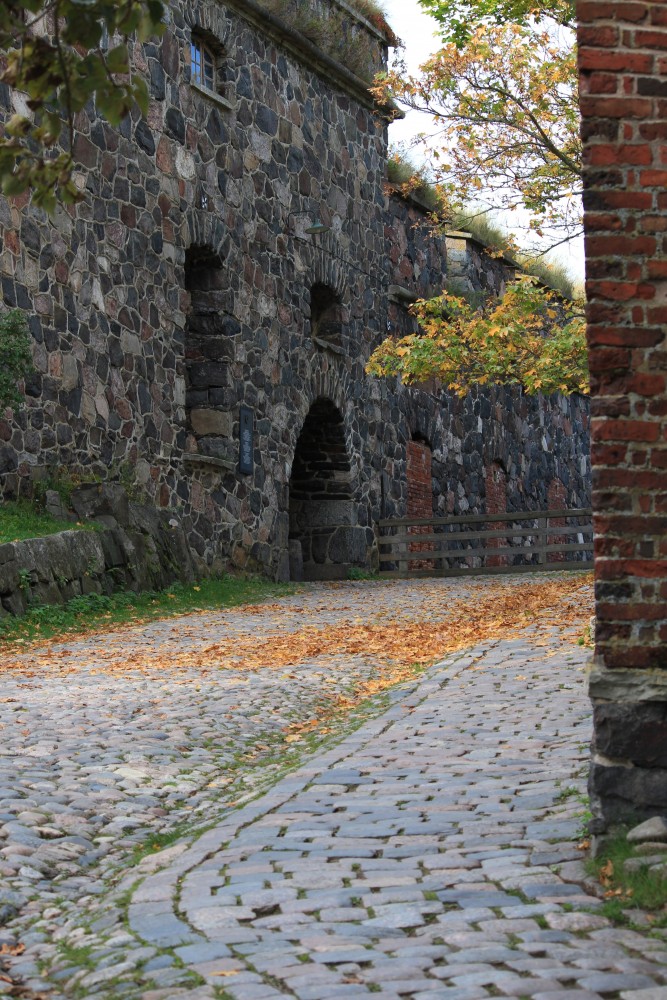 After crossing a bridge, and then passing through a stone gated wall, I then followed that wall along that part of the fortress toward the drydock. There is a nice observation point that overlocks the docks, where you can see ships that are under repair. 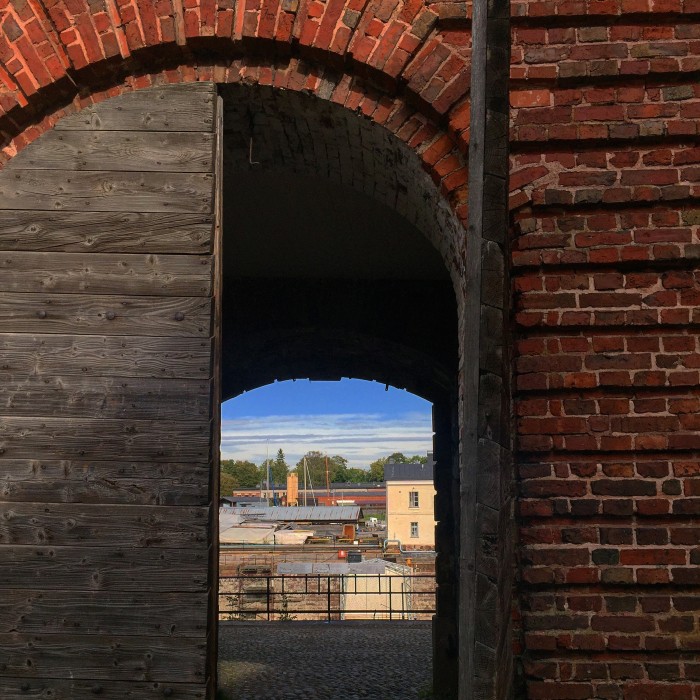 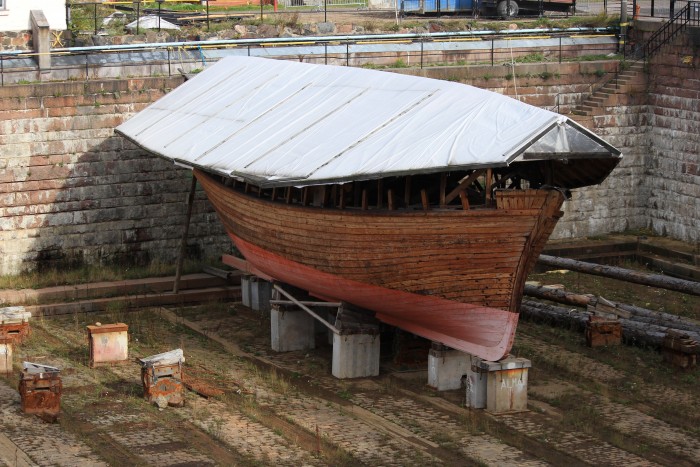 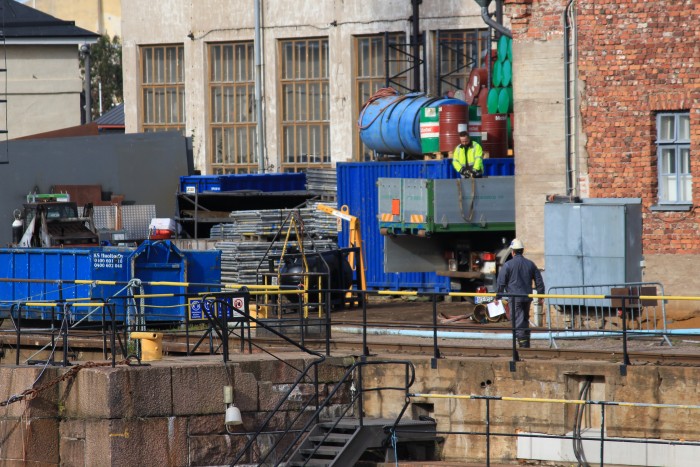 The cold wind only got worse along the southern coast of Suomenlinna sea fortress. This is the part of the island that houses the majority of the defensive installations, as it faces out to the open sea, where any invasion would have come from. 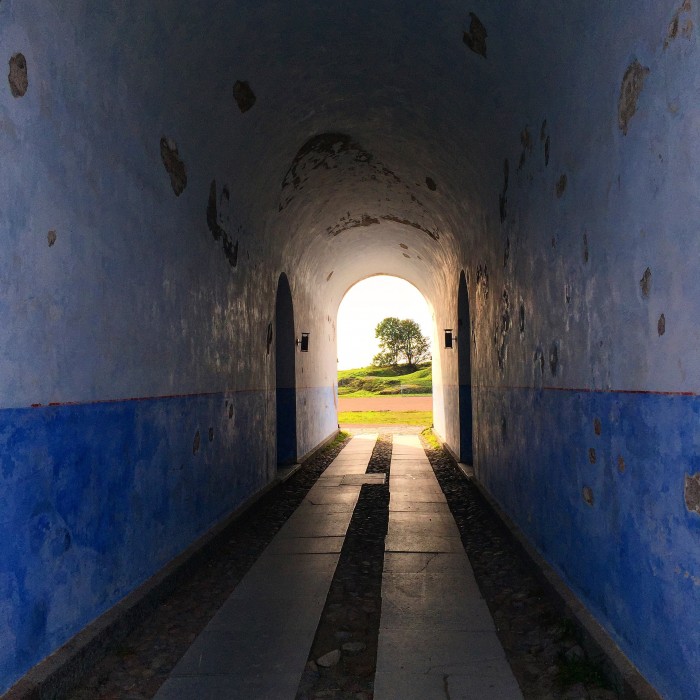 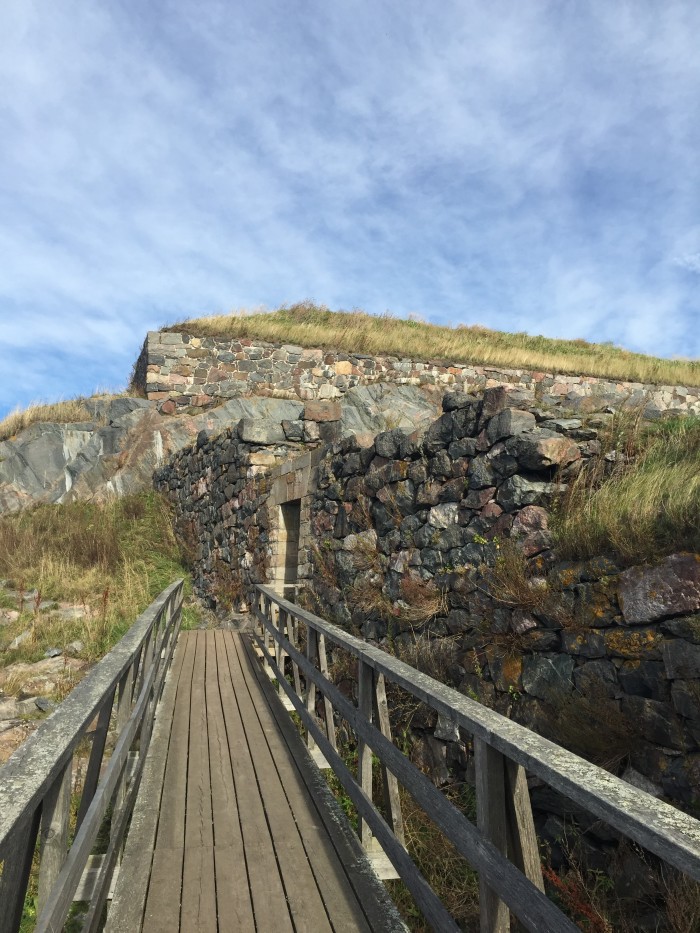 Nowadays, the only invading boats are shipping lines and ferries to/and from Tallinn, but one can imagine that these observation posts were not a pleasant place to stand guard during the cold half of the year. 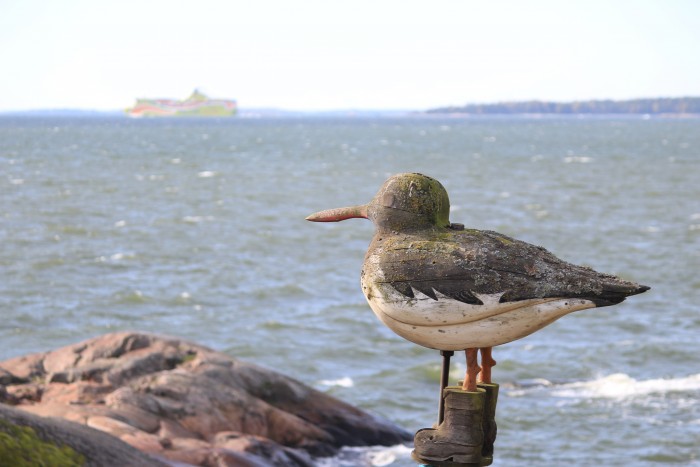 The southern end of Suomenlinna is nearly a mile away from the ferry dock, so only the most ambitious visitors make it this far. It’s a shame for those who don’t, but it’s a nice bit of solitude for those who take the walk. The shore is lined with cliffs and battlements. 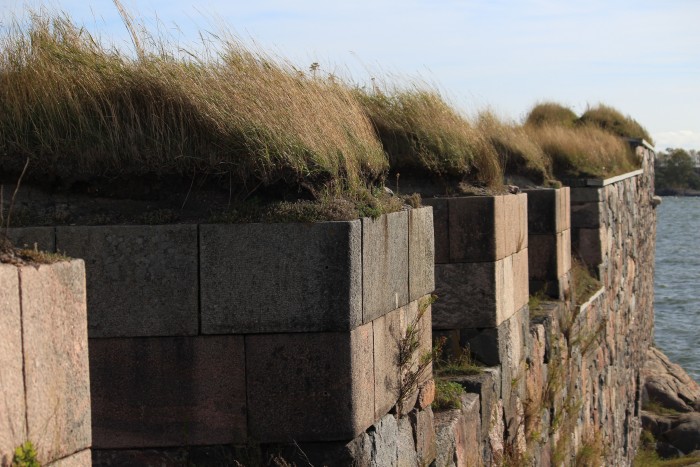 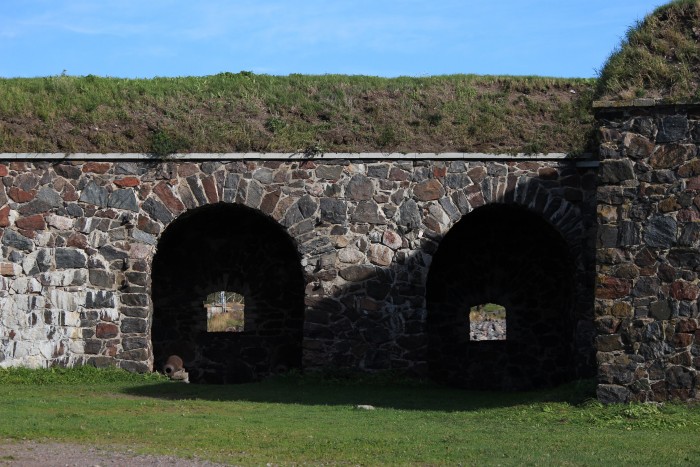 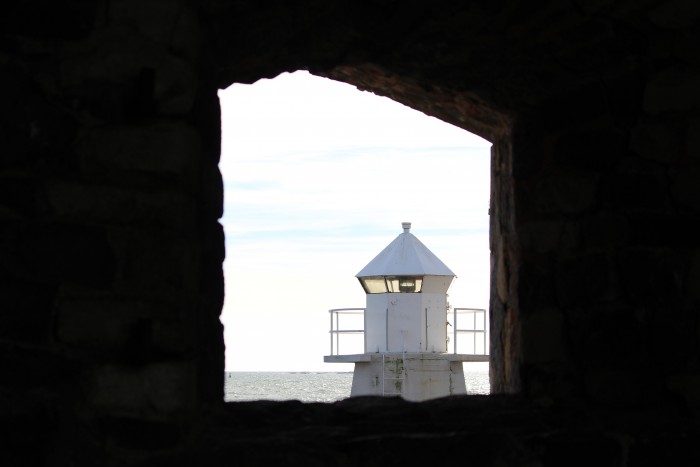 There are also bunkers that make it look like Finland was once defended by Hobbits. 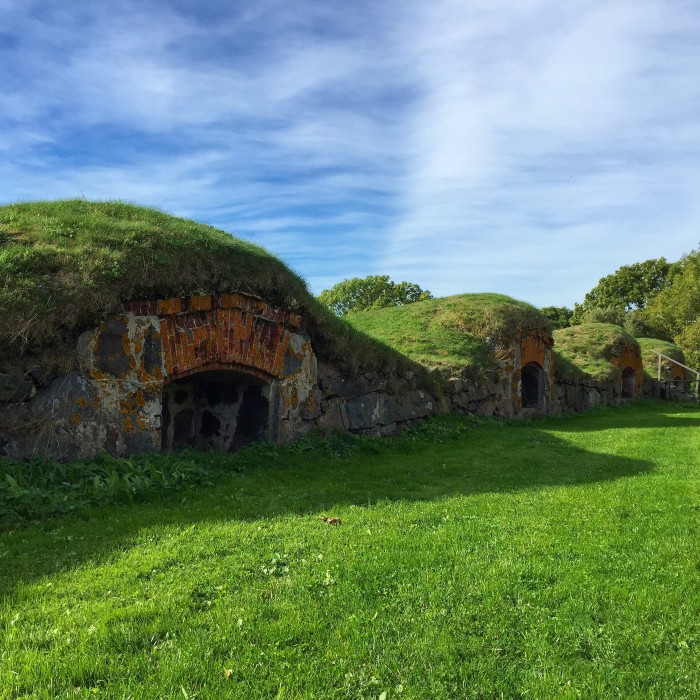 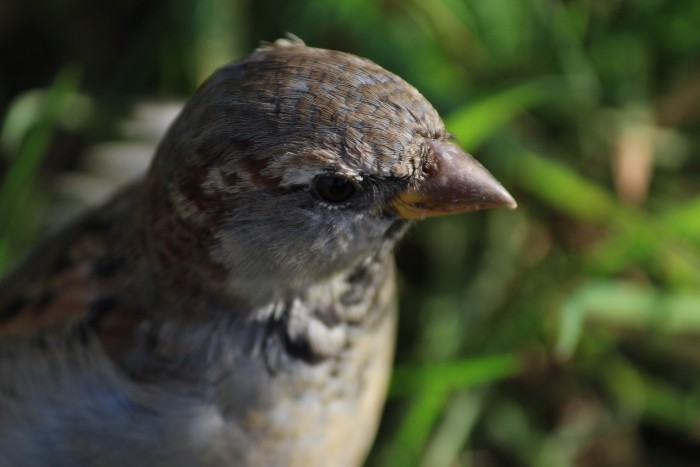 I explored the outer walls of the sea fortress for a while, helped some other visitors take photos, then began the long walk back to the ferry terminal. 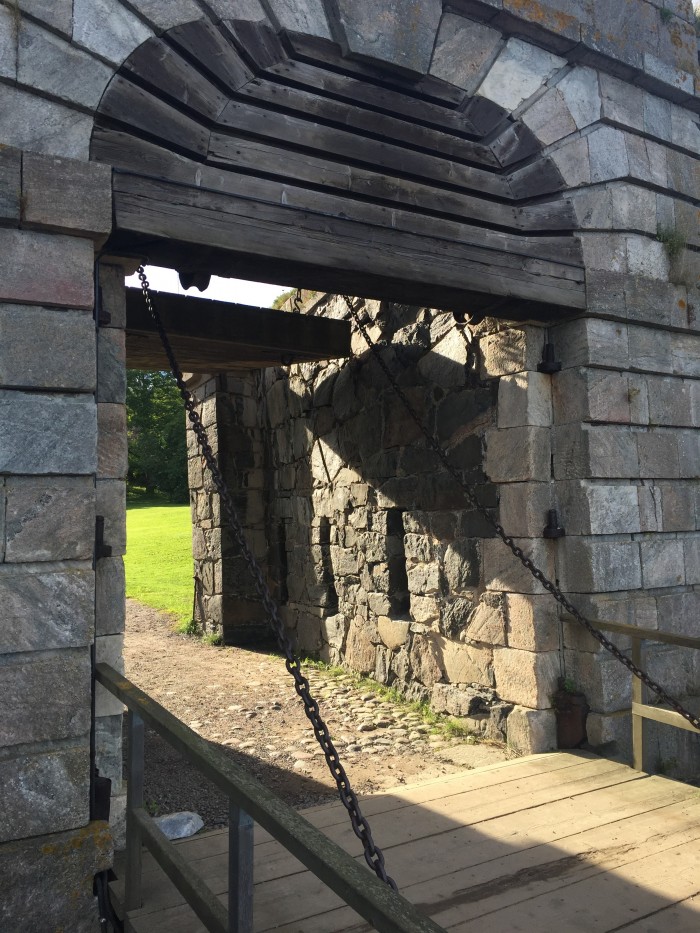 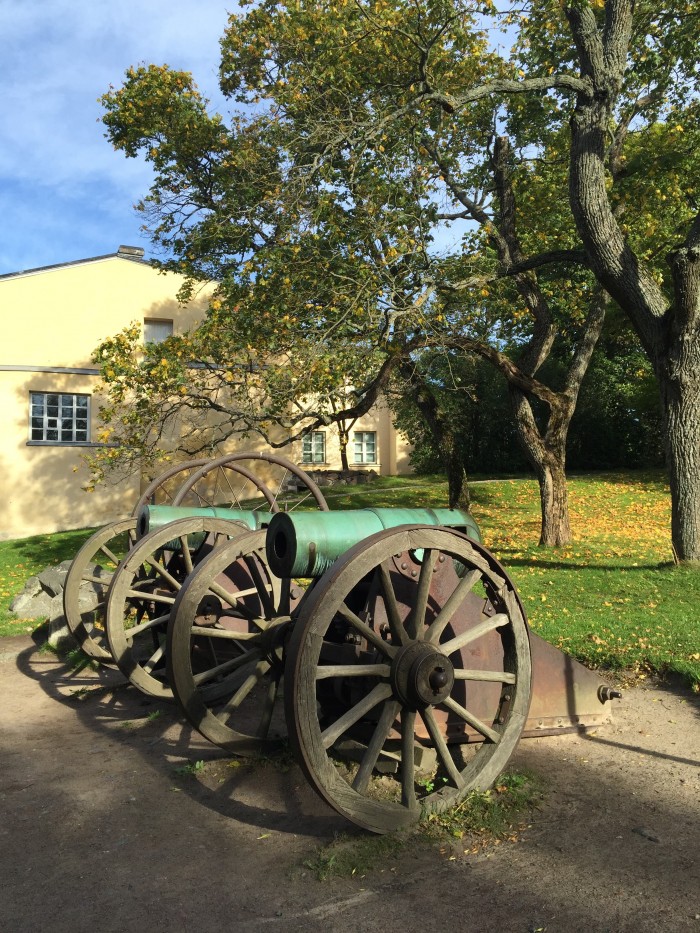 As I approached, I remembered the brewery. Initially, it appeared to be closed, but as I approached, I realized it was only the outside beer garden that was shuttered for the season. The inside of the building housed the brewery and a restaurant. I rewarded myself for the walk with a couple of beers, then got on the ferry back to Helsinki. 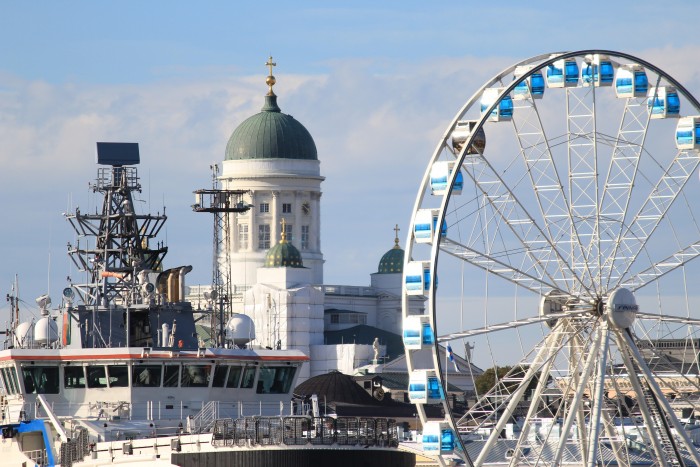 Suomenlinna was one of the highlights of my visit to Helsinki. It’s a nice trip outside of the city, yet not too far away, and it’s a great place to see local history. Given that the Helsinki city center is fairly small, if you’re visiting for more than a couple of days, I highly recommend taking the ferry & checking it out if the weather is nice.