I arrived in Fukuoka, Japan the same day that powerful Typhoon Malakas was hitting the area. Luckily, the bulk of the storm made landfall to the south and the rain that fell was mostly overnight. As such, my first full day in Fukuoka was pleasantly cool  & breezy for mid-September, albeit with a bit of a drizzle.

My morning started off with ramen near Tenjin station, right around the corner from my hotel. You can read my review in my roundup of the best tonkotsu ramen in Fukuoka. Also near my hotel & across the street from the ramen restaurant was Ankokuji Temple, which has two giant wooden warrior statues out front. While I had waited in line for the restaurant to open, there was a gong and a brief song at 11am. After eating, I began my walk around the city.

I headed west along Showa Dori, one of the main streets in Fukuoka. There’s nothing particularly special about the street, so if you want to speed up this part of the journey, or if you are staying somewhere else, you can take the subway to Akasaka or Ohorikoen station.

A couple of blocks south of Showa Dori, there is a lake with parklands behind it. In fact, this parkland was once a baseball stadium. Plaques near the entrance detail the area’s former history as Heiwadai Stadium. The ballpark was once home of the Fukuoka SoftBank Hawks before they moved to the Fukuoka Yahuoku! Dome. In one corner of the park, there are still athletic fields in use. 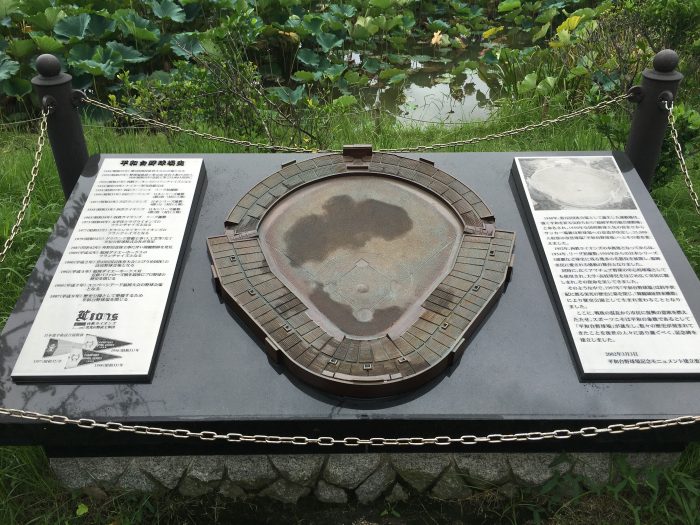 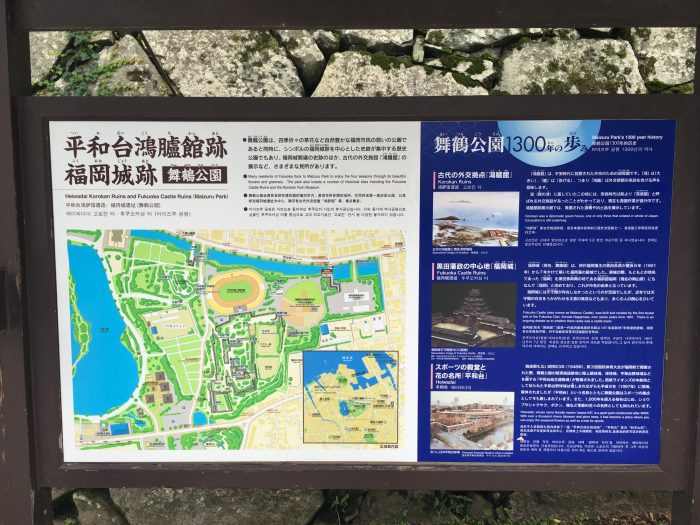 Normally, the sites of former baseball stadiums are not of note to anyone except fans, and are often scenes of redevelopment. That’s not the case in Fukuoka. The ballpark was built over historic ruins. When the ballpark was demolished, it was finally time to unearth these treasures and preserve them. As you enter the park from the north, you can see the re-excavated areas. The rough outline of the stadium is still identifiable. 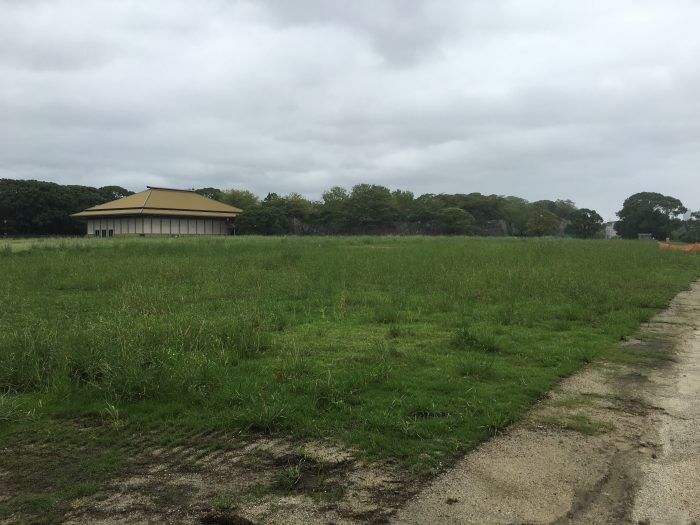 While you can’t walk freely through all of the grounds, one of the largest parts of the ruins is part of a museum. The museum is called the Korokan Ruin Museum, and entry is free. You can see the excavated areas of what was once a diplomatic guest house inside. 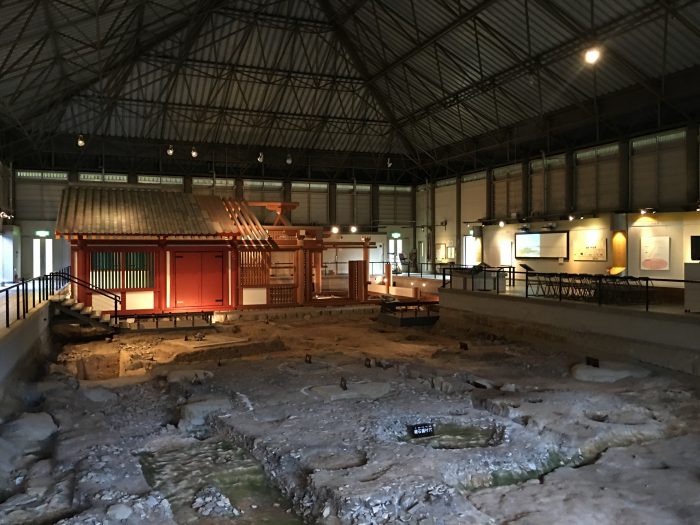 After the museum, I continued my walk to the southwest, heading into Maizuru Park. Maizuru Park is a nice place for a walk. It’s filled with nice paths, trees, water, and also the ruins of Fukuoka Castle. The original castle dates back to 1601. Some sections, such as the Tamon turret, still survive from the Edo Period, while other areas have been reconstructed. 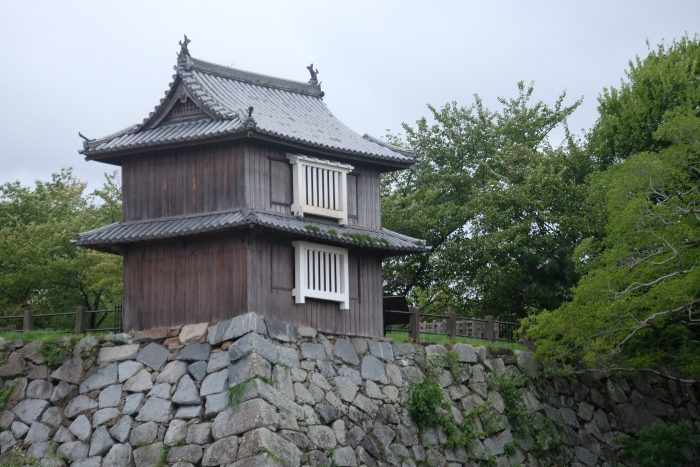 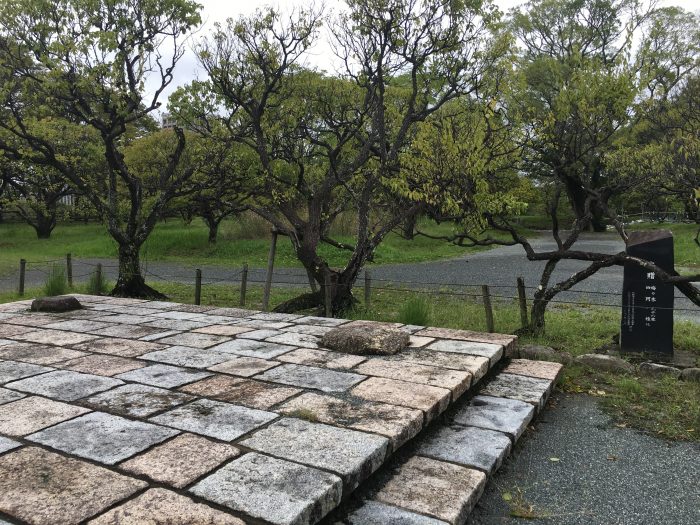 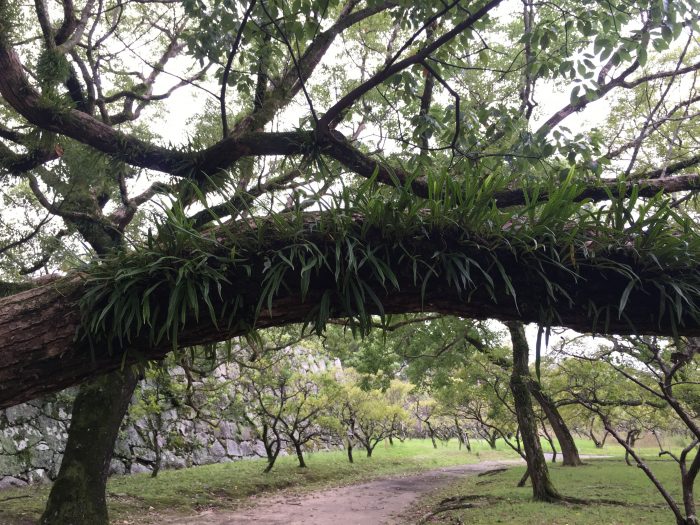 It’s not the easiest park to find your way around, but it’s a pleasant place to explore. In April, you can see blossoming cherry trees. On the day I visited, hardly anyone else was in the park, leaving me in solitude with the post-typhoon wind and screeching black birds. It was a creepy atmosphere, as if I had stepped onto the set of Game of Thrones. At the top of the restored castle keep, there were panoramic views across Fukuoka. 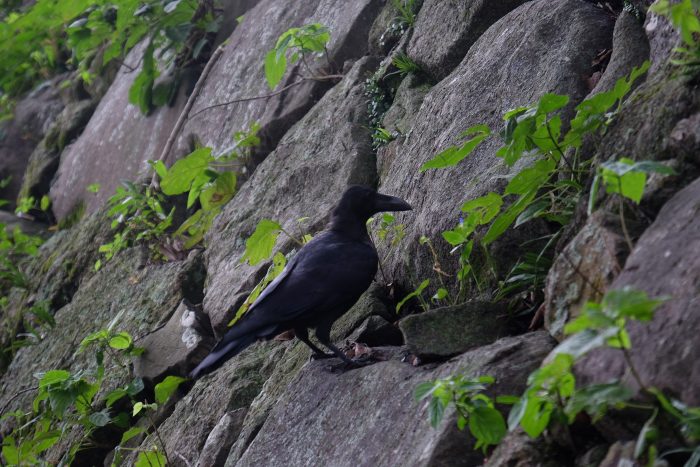 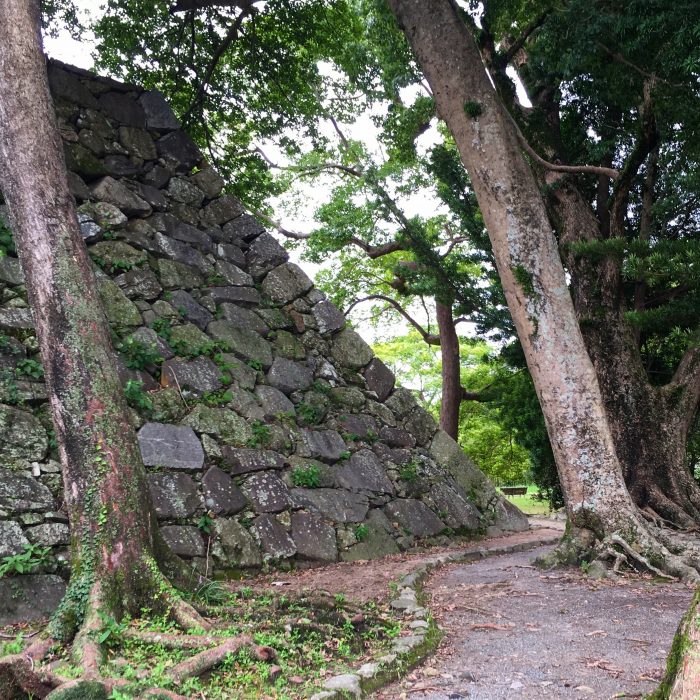 From Maizuru Park & the castle, I then headed south, crossing Kokutai Road. Here you will find Gokoku Shrine. 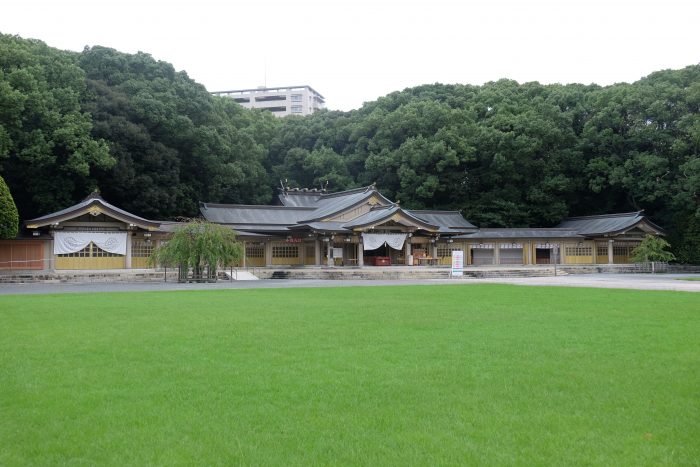 Gokoku Shrine is a pretty small shrine, but it was nice & peaceful. There were very few visitors. If you’re in the area, it’s worth a quick loop across the street.

Crossing back across Kokutai Road, I continued my route to the west for a block. I passed the Fukuoka Art Museum, which I skipped because I wanted to be outside. I also skipped because it is closed for renovation until 2019, and I didn’t want to break in. The Japanese garden, also known in Japan as a garden, was also closed that day.

Here I found myself in Ohori Park, one of the most unique city parks I have ever seen. The park consists of a large lake, whose waters were surprisingly rough following the typhoon. Across this lake is a narrow strip of land with islands connected by bridges. You can walk around the lake, but walking across the narrow land is much better. 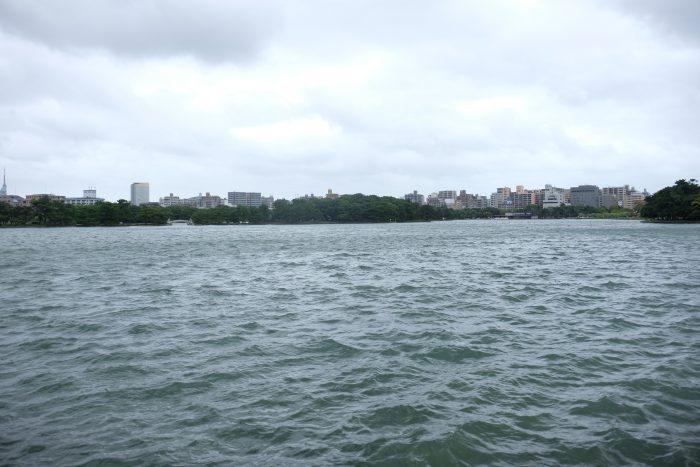 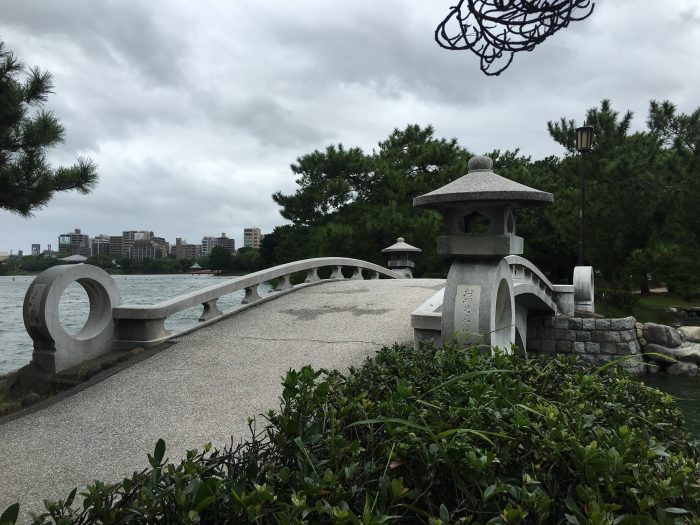 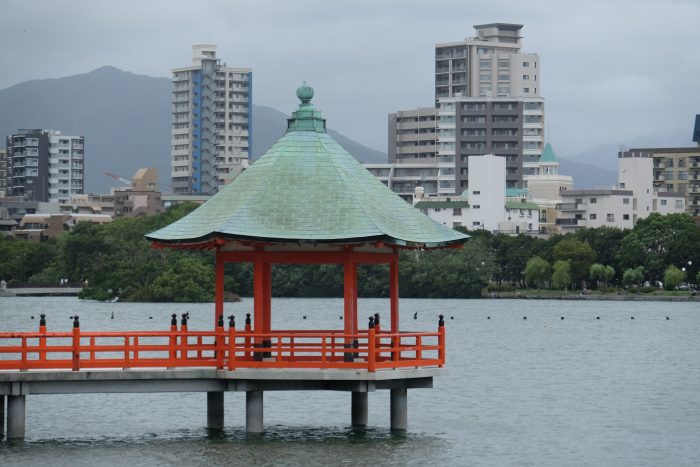 I love when cities set aside space for nature like this. There is fishing & boating on the water, and there are plenty of birds, turtles, and other wildlife to watch. Ohori Park is a lovely place to hang out. 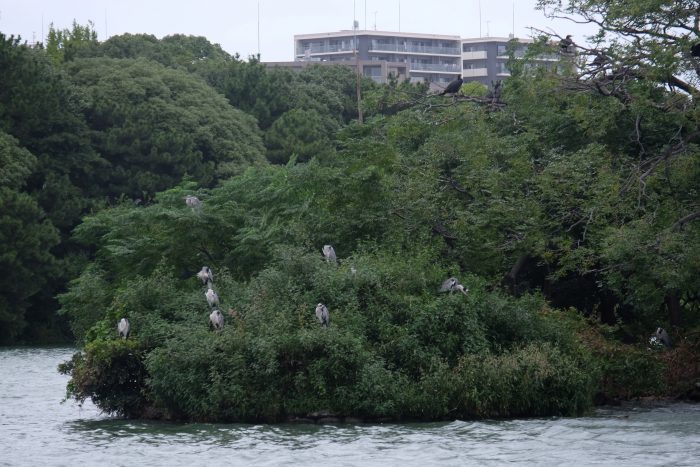 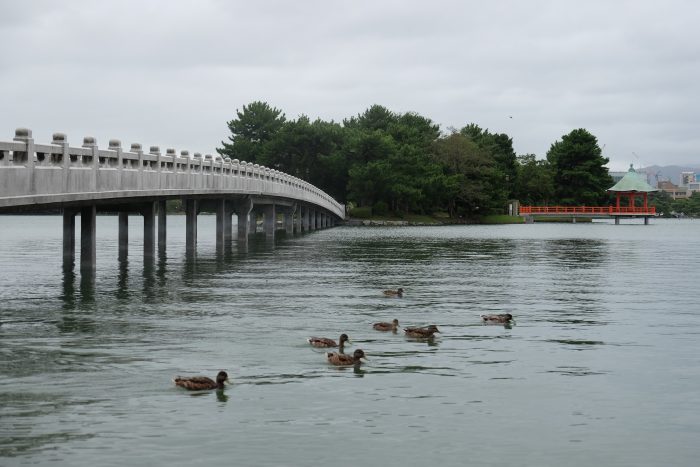 After crossing Ohori Park, I was back at Ohorikoen subway station. From there, I took the subway back to Tenjin station. Just to the east of Tenjin station is Tenjin Central Park, with the unique Fukuoka Symphony Hall beside it. 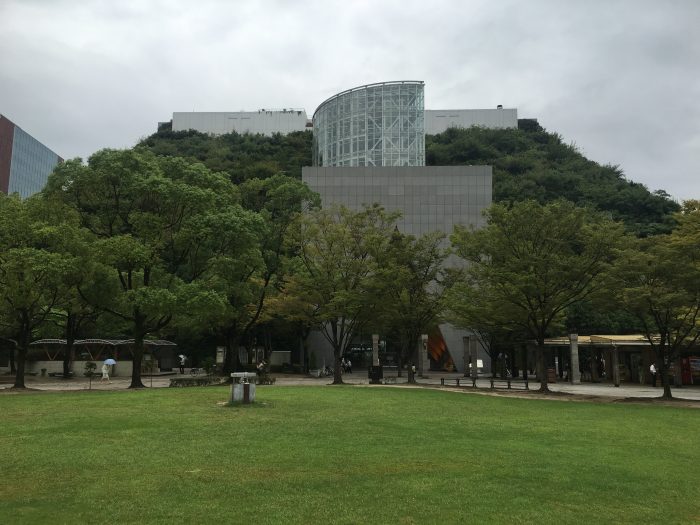 At this point, you’re in central Fukuoka. I decided to keep heading to the east toward a couple of shrines & temples that looked interesting, just north of Gion station.

The first place I visited was Tocho-ji. One of the buildings here contains a large seated wooden Buddha. I wasn’t able to take photos inside because people were praying, but it was truly an impressive sight. It was much bigger than you might expect. The other buildings were nice as well. 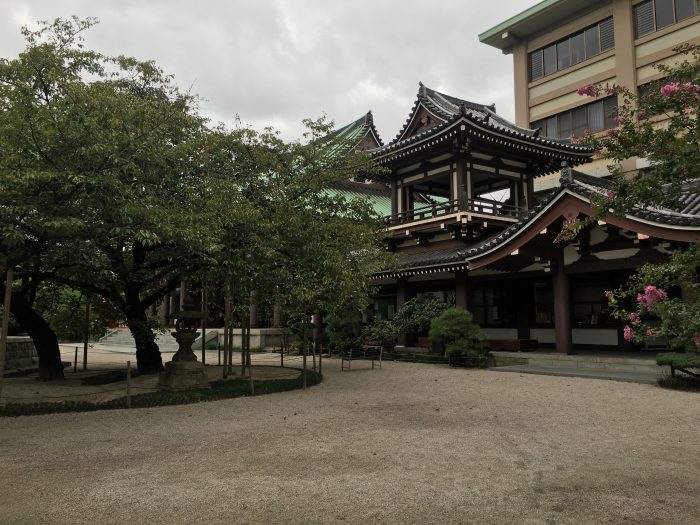 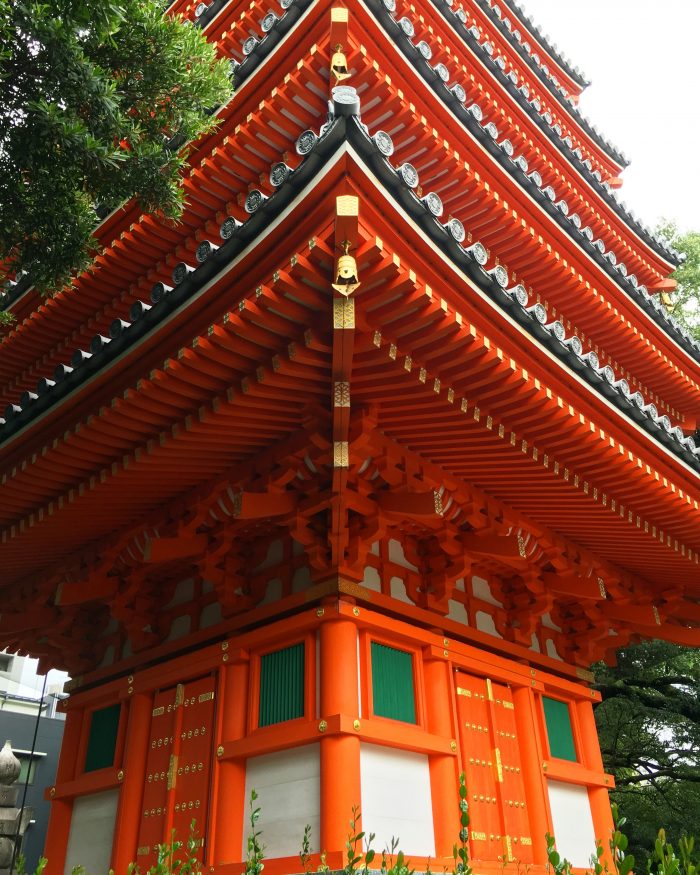 Next I went to Kushida Shrine. While most shrines are tranquil places, Kushida was more bustling than others I’ve visited, thanks to its position between some busy streets. There were several buildings on the grounds (plus a ton of vending machines). 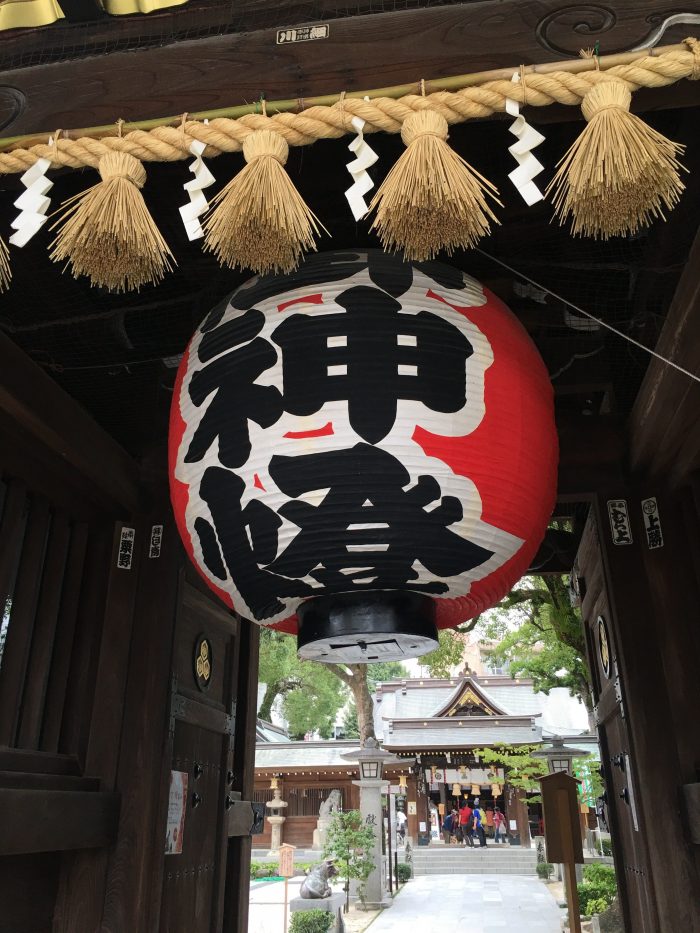 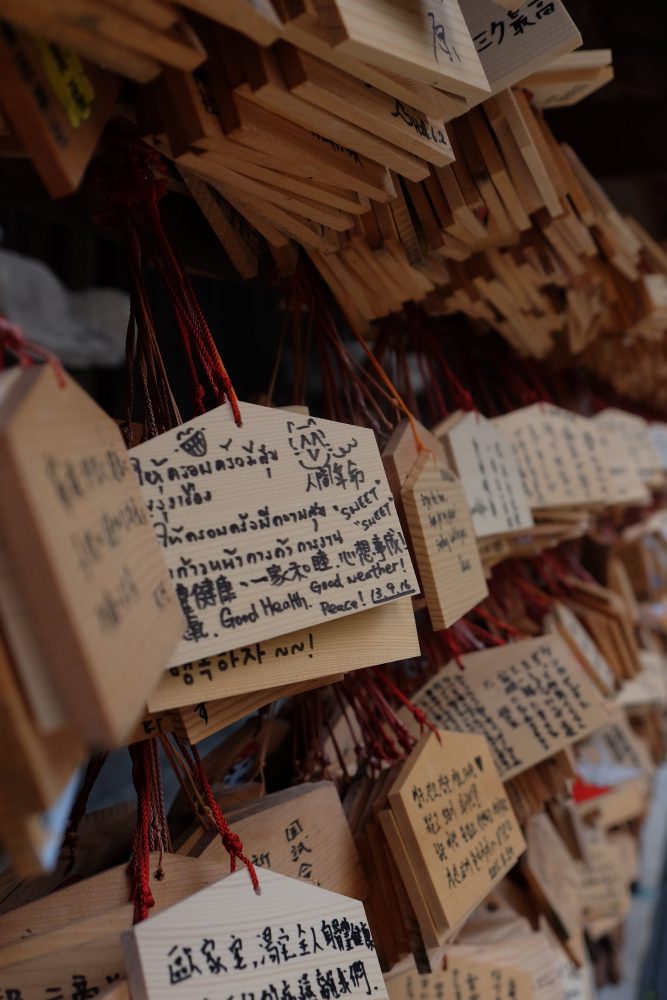 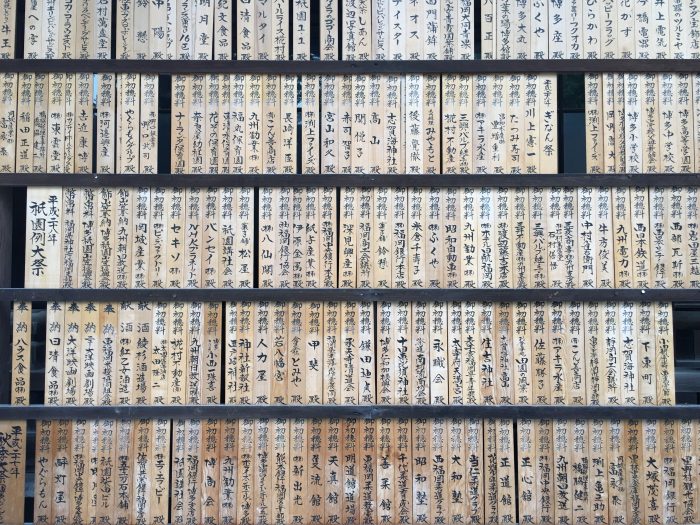 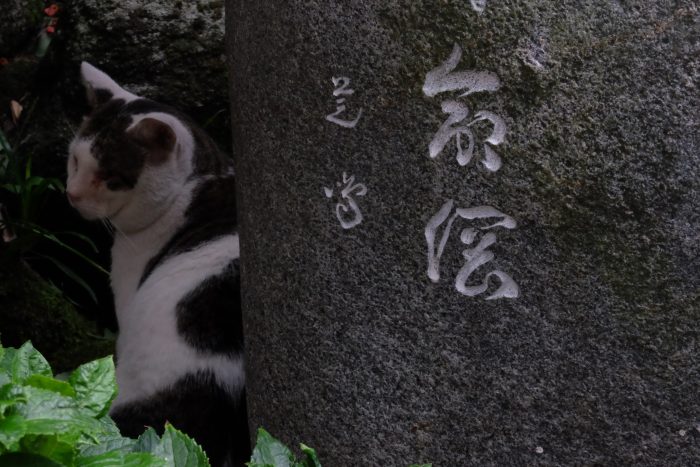 A couple of the buildings housed parade floats that are part of the annual Hakata Gion Yamakasa festival, which is held each July. 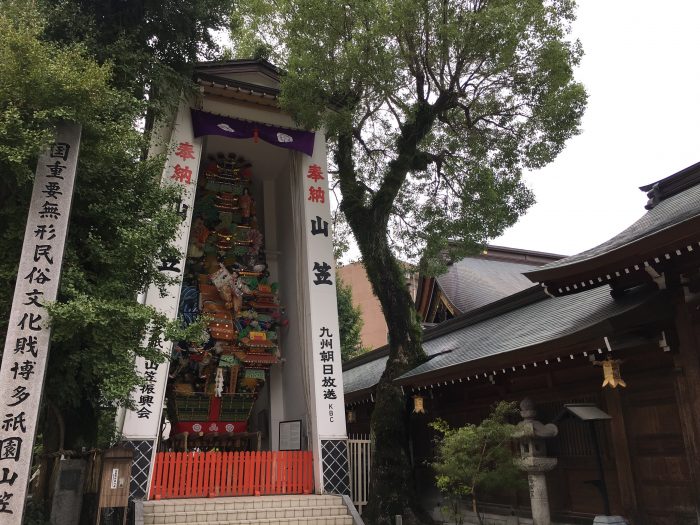 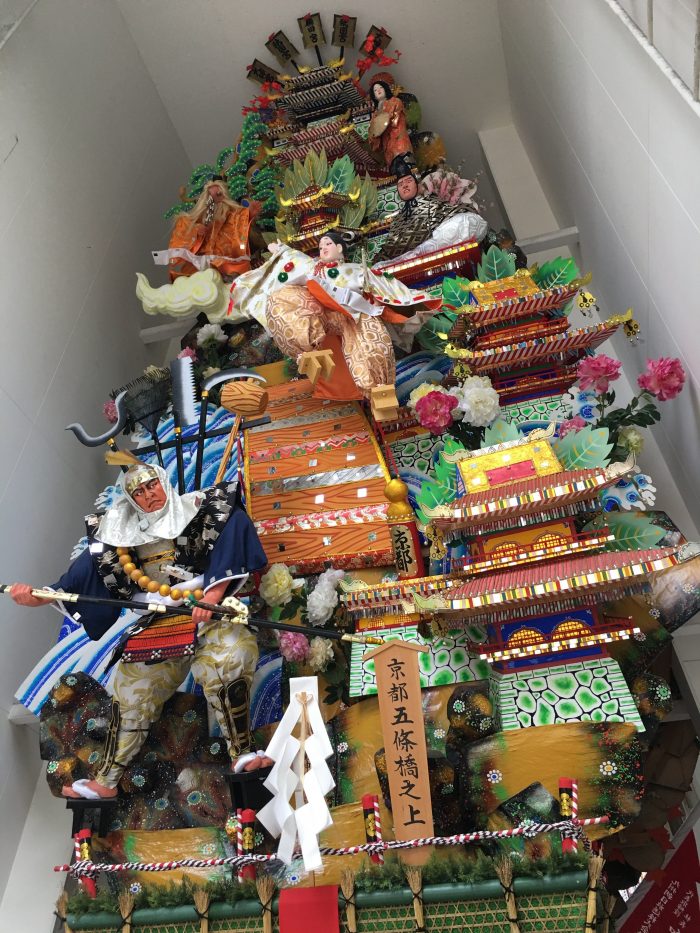 Shimeagatainaka Shrine, a small gated shrine that was like a miniature version of Fushimi Inari Shrine in Kyoto, can also be found on the grounds. 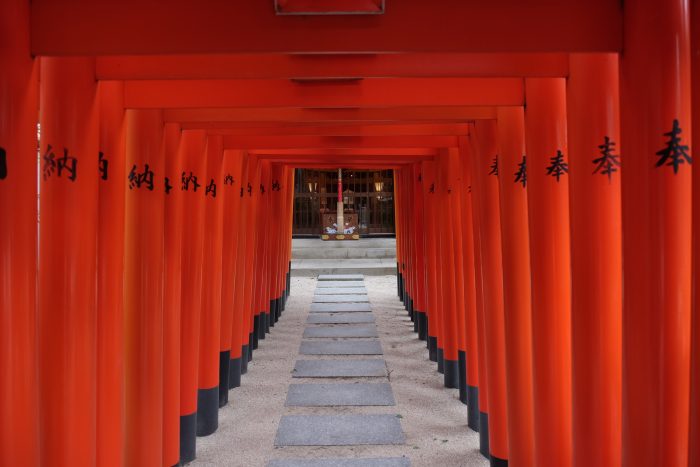 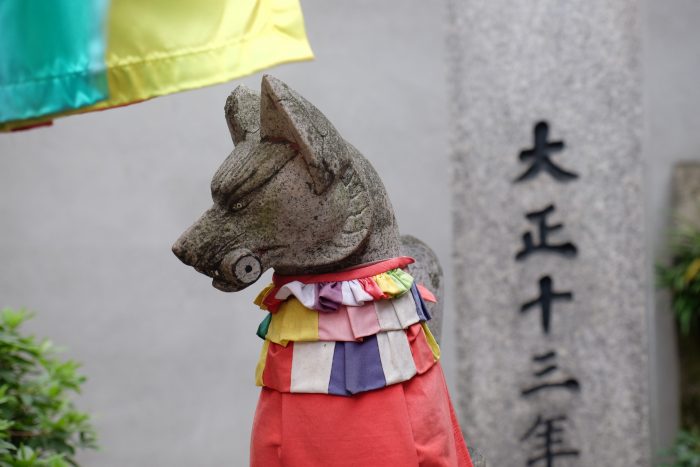 After visiting Kushida Shrine & its surrounding buildings, I realized I was hungry, so I set off for my 2nd bowl of ramen of the day at Ramen Stadium in Canal City. Then I spent the evening playing arcade games & drinking some good craft beer.

Compared to other larger cities in Japan, Fukuoka doesn’t draw many tourists, but there are still plenty of sights to see. I had come to the city mostly for ramen & baseball, but the rest of my experience walking around the city’s parks, temples & shrines was enjoyable as well.