Although Japan’s craft beer scene is growing, I went to Fukuoka with fairly low expectations. While it is one of the bigger cities in Japan, there are fewer expats and tourists than elsewhere. That said, I was pleasantly surprised that Fukuoka had a handful of nice places to drink craft beer.

The best craft beer in Fukuoka

Brewers Beer Pub was the first bar I visited in Fukuoka. It’s a comfortable space with lots of seating, especially at the bar itself. There is a nice little outside patio as well. The pub is in a quieter area of Fukuoka north of the denser parts of Hakata, so there’s more of a neighborhood feel to it. 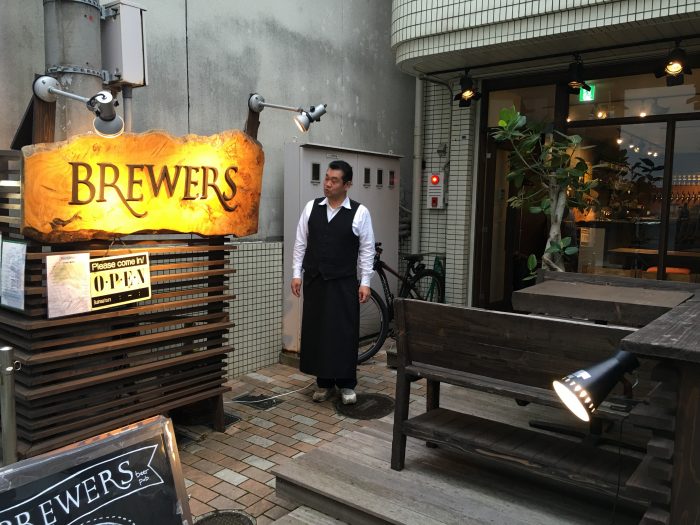 I arrived near its opening, but it took over an hour for any other customers to arrive. That said, it was a blustery Tuesday, so I assume it’s busier on other days. I’ve always found customer service to be excellent in Japan, but this was especially the case here. The bartender printed out a menu in English just for me. There are also snacks available. 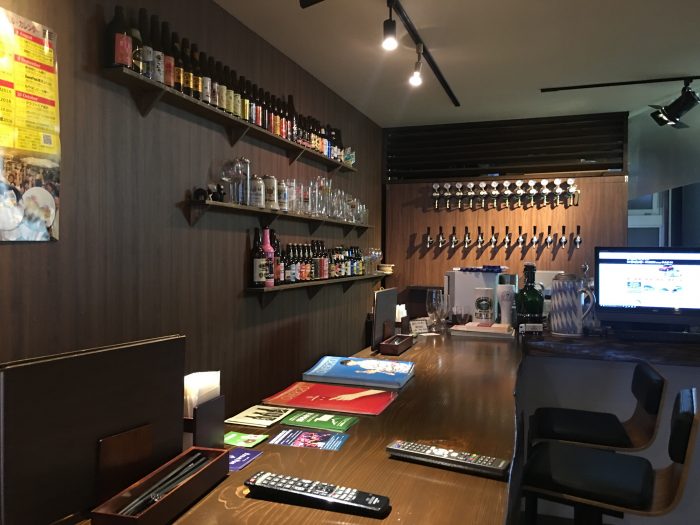 All 12 taps at Brewers Beer Pub are from Japan. In addition to some of the larger Japanese craft breweries, there is also beer from local Mojiko. The beers come in three sizes for 600/800/1200 yen each. Given that a new menu was printed & there was a selection of empty rare bottles on the wall, Brewers Beer Pub seems like a nerdier beer place that has a solid rotation of taps.

The second craft beer bar I visited in Fukuoka was Craft Beer Brim. Located west of Tenjin, it’s in an area with lots of restaurants. 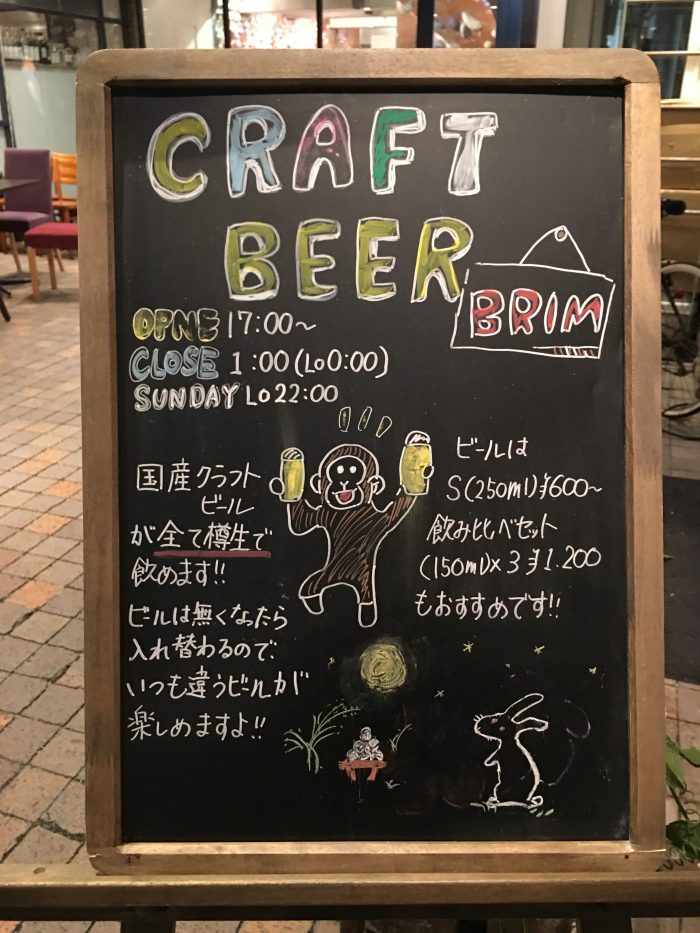 The bar has 12 taps of Japanese and American beer. The menu was only in Japanese, so I accidentally ordered a beer from Portland. Oops. At least it was good. When I visited, most of the available beers were on the lighter side. There is also a decent looking food menu. They do allow smoking inside, so beware. 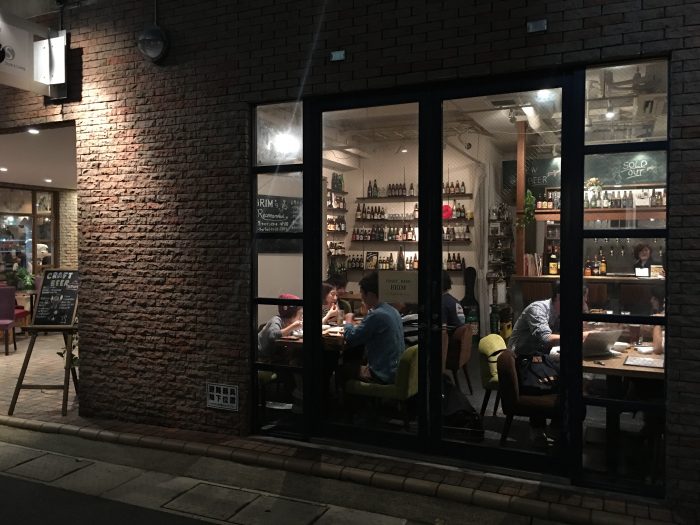 Craft Beer Brim seemed to attract a younger crowd than the other bars I visited. It was the busiest beer bar I went to in Fukuoka. It felt like a college bar, but not in a fratty way. Instead, it was just groups of younger people having a good time chatting while listening to British music from the 60s.

One of the many wonders of Japan is that there are random bars located off the ground floor of buildings. For example, take Craft Beer Creek. It’s on the 3rd floor of a building in central Fukuoka, just south of Tenjin station. Aside from the sign outside, you’d never guess that this place has a bar inside. Take the elevator up, and you’ll find an intimate little bar right across the hall from a salon. 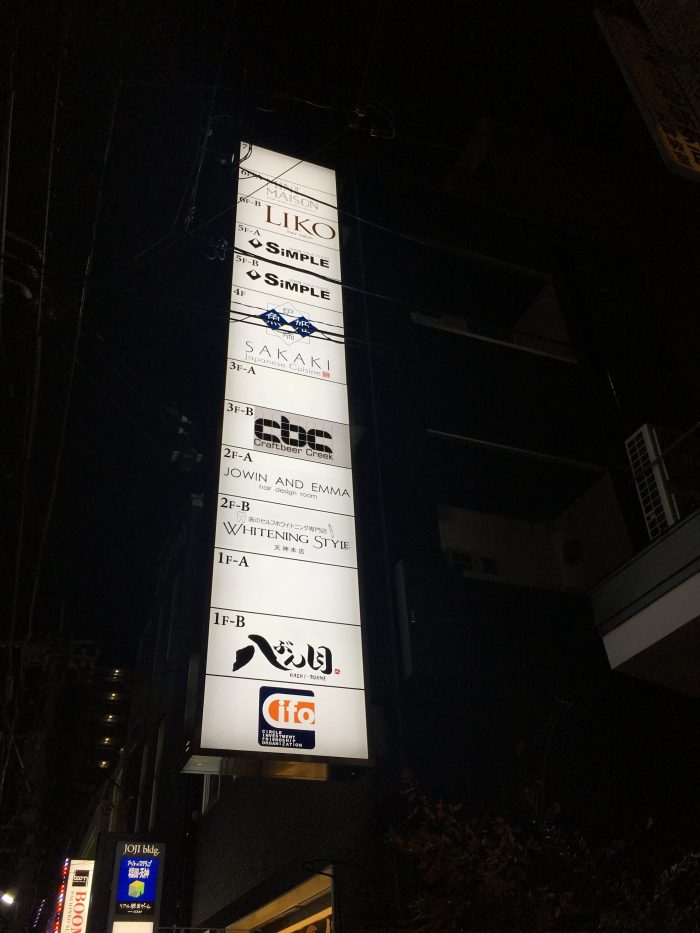 There are 5 seats at the bar, plus a few tables, but they make the most of the space. Craft Beer Creek has 10 taps of Japanese, North American, and European beer. 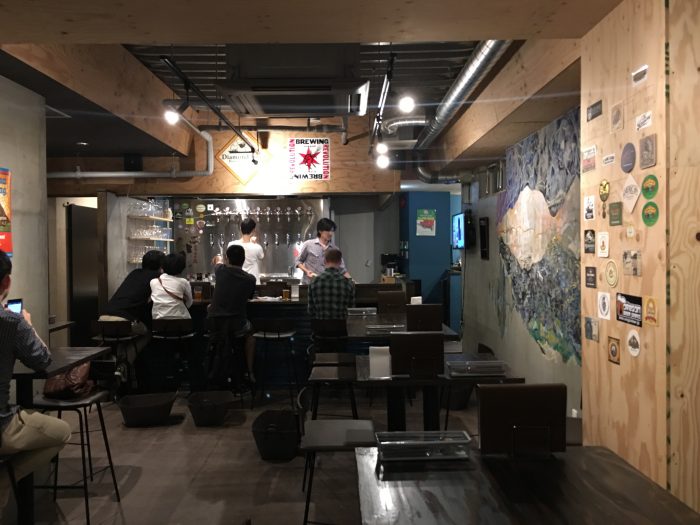 I got the last seat at the bar, and while I had no understanding of what was on the TV or any of the bar banter to go along with it, it felt like I was hanging out with friends.

Goodbeer Faucets Hakata is part of a small chain of beer bars in Japan. I had previously been to the one in Tokyo. 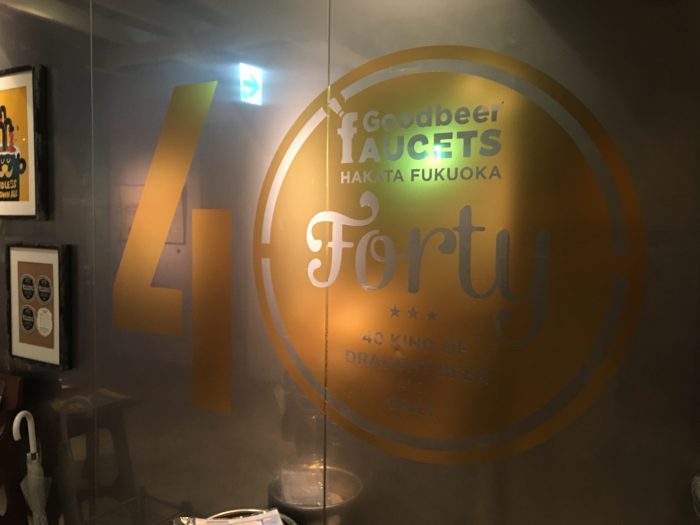 This is the largest craft beer bar in Fukuoka, both in size and in selection. There’s an outside patio overlooking the Naka River, plus a ton of seating inside. On a quiet night, it can feel a bit sterile because the space is so huge. It’s a perfect place to go if you have a large group. I can imagine it would be a fun atmosphere when it’s crowded. The music playing would not have been my first choice, as it was American boy bands and other fluffy pop, but hey, it could make for a fun time with the right crowd. 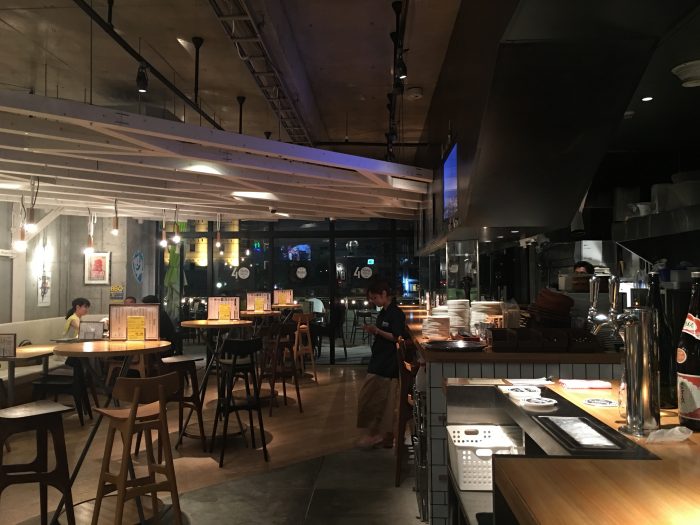 With 40 draft beers on offer, you’ll have plenty of options at Goodbeer Faucets. Most of the beers are from Japan, but there are some from all over the world as well. Food is also available. 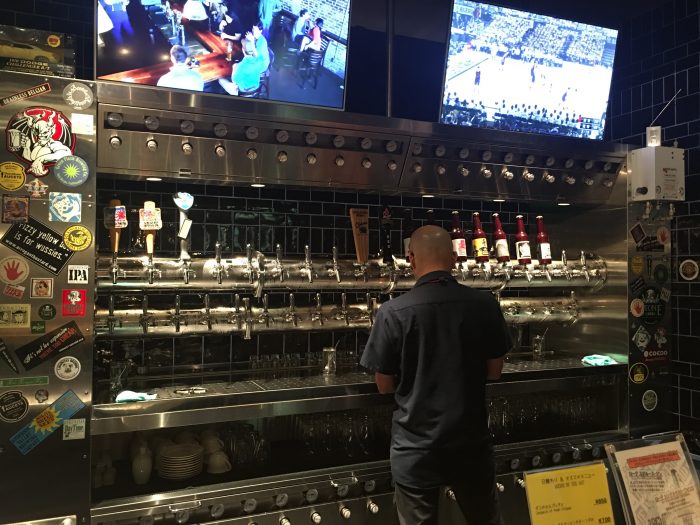 The bartender even spoke English, which is notable because this is much rarer in Fukuoka than in Tokyo. We chatted about beer & Fukuoka for a while, and he even brought me an English version of the Japan Beer Times to read. If you’re visiting Japan, track down a copy of it to get the latest in their beer industry news, as news of new bars & breweries can take a while to trickle out.

Goodbeer Stand in Kitte is the newest place to drink craft beer in Fukuoka. It’s a branch of Goodbeer Faucets. The brand new bar opened in April 2016, so it wasn’t yet mentioned online when I visited, but there was an ad for it in the Japan Beer Times that I had been given at the other Goodbeer Faucets craft beer bar in Fukuoka. 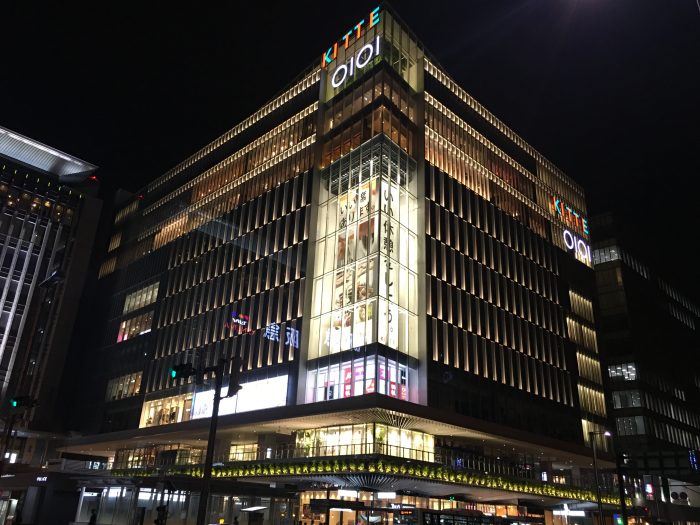 The bar is in a bit of an odd place, on the 10th floor of the Kitte shopping mall at Hakata station. It’s on a floor with some other restaurants, so it has a bit of a food court vibe to it. Despite that, it was the trendiest feeling beer bar I had been to in the city. 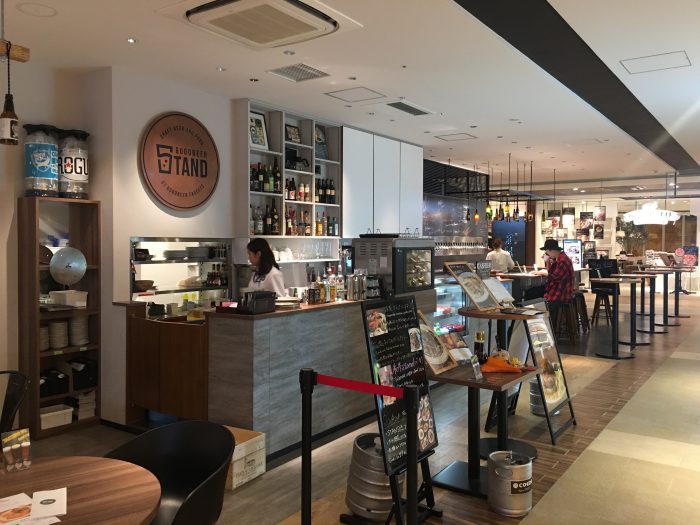 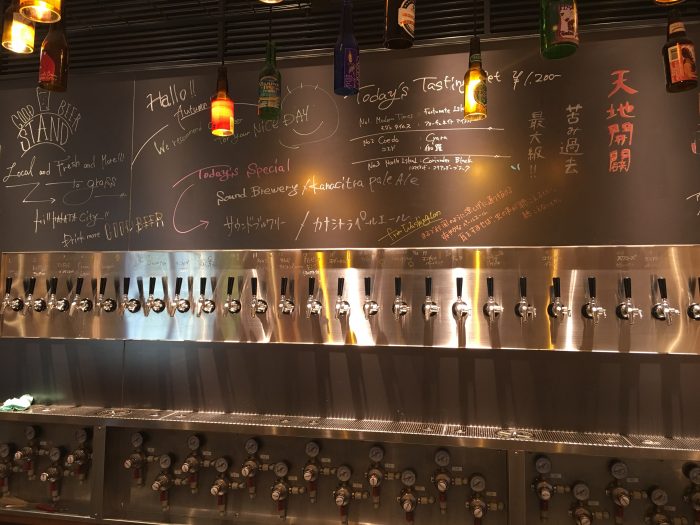 Goodbeer Stand has 25 beers on tap, plus a full food menu that looked great. If you’re near Hakata, check it out.

Each of the places I drank craft beer in Fukuoka had a different vibe. Depending on your mood, you can find something that will suit your evening. The one thing that all the bars had in common was a solid craft beer selection. While there weren’t too many local breweries in Fukuoka, there will certainly be more in the future as the patrons of these bars are inspired to brew their own.