Granada, Spain is the home of La Alhambra, the famed palace & fortress that dominates the view over the town. Once you’ve seen that (and it truly is magnificent), and spent sometime visiting the old Arab Quarter known as the Albaicín while taking in the views from its many miradores & viewpoints, there are a handful of places to go grab a beer. Here is where you can find the best craft beer in Granada, Spain.

Colagallo is by far the best beer bar in Granada. I enjoyed it so much that I went there several times in one week. Between the beer selection, the friendly owner, & good music, you’d be hard pressed to ask for more from a bar. 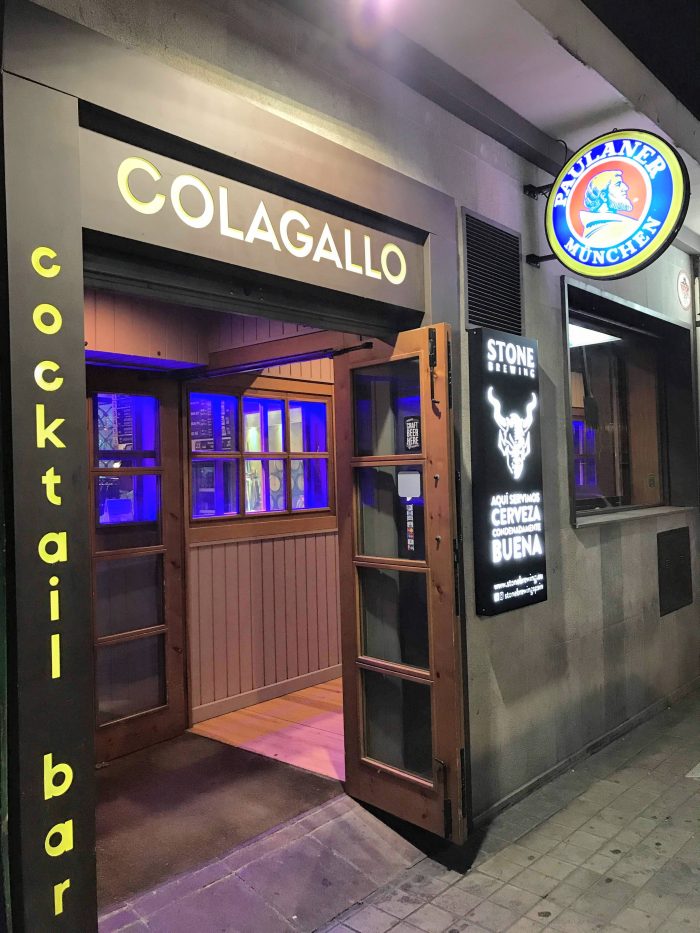 Colagallo has 24 taps and hundreds of cans & bottles, including many from Spain. When I visited six of the taps were Spanish, including two from nearby breweries Sacromonte & Alpujarra, plus a variety of cans & bottles from other Spanish breweries such as Garage Beer Co., Edge, Naparbier, Basqueland & Laugar. They also have unfiltered Pilsner Urquell, plus a full cocktail bar. 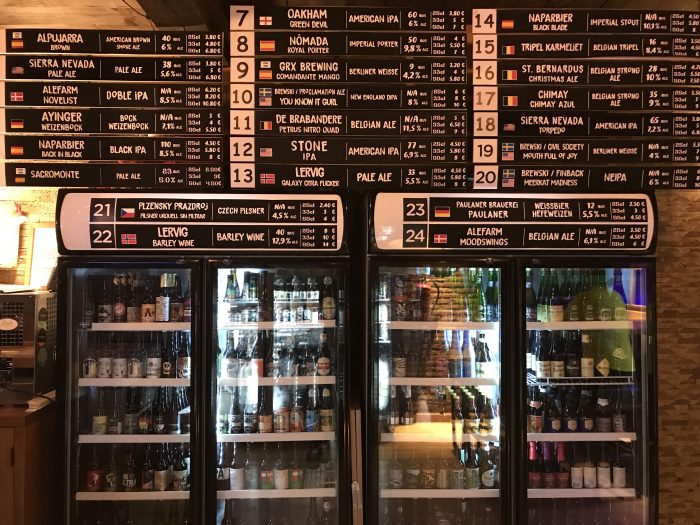 Along with each beer, which is served in high quality Spiegelau glasses, you’ll get a free tapas plate. If that’s not enough, there’s also a full food menu with salads, sandwiches, burgers, croquettes, fish & chips, & more. 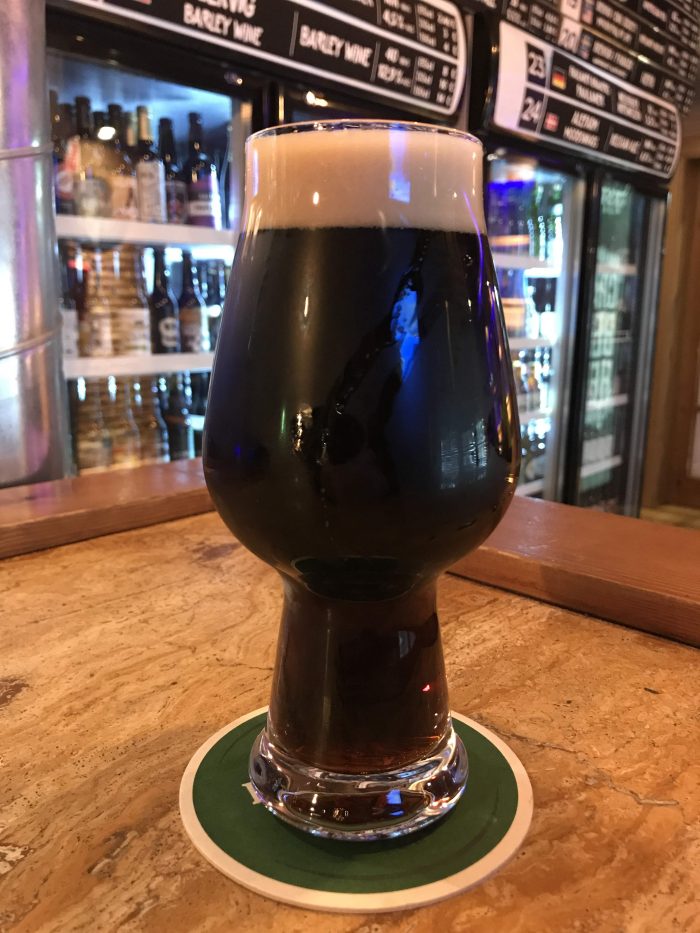 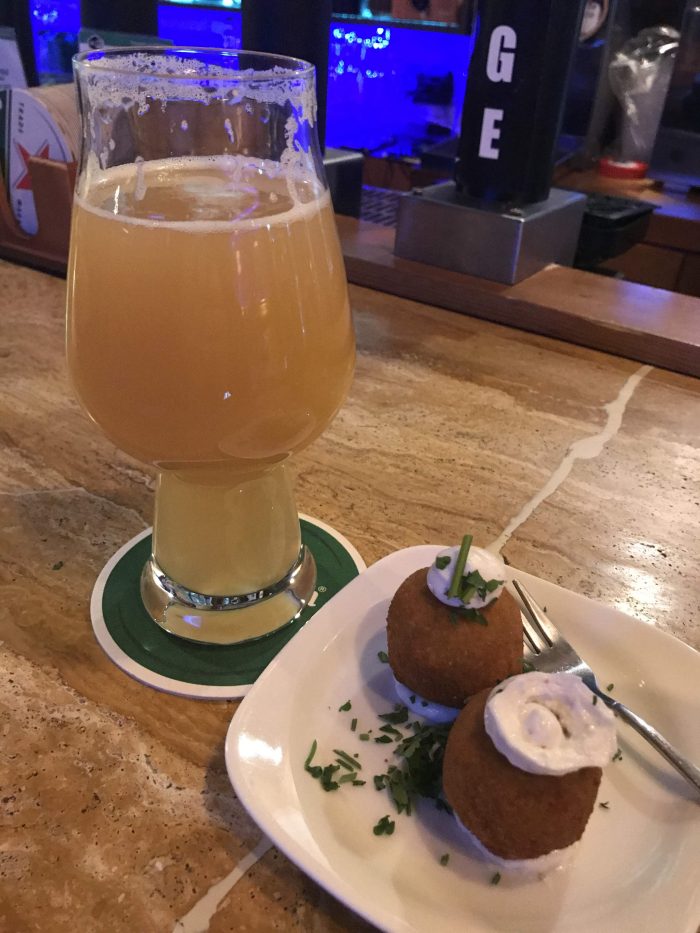 The bar is long, so there’s plenty of seating for small groups or solo travelers who want to socialize. At the front & back, there’s space for larger groups. In the background, you’ll generally hear fun, indie pop music, including some in Spanish. If you’re looking for a good bar in Granada, Colagallo gets everything right.

El Fermentador is located near the University of Granada & the train station, as well as the Carthusian Monastery. 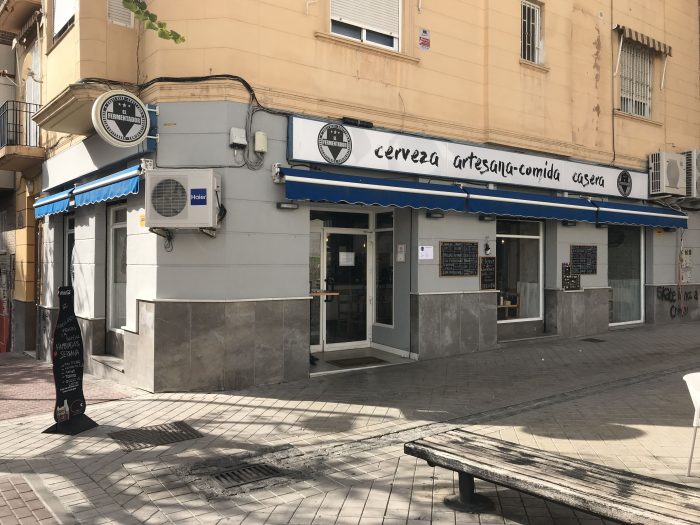 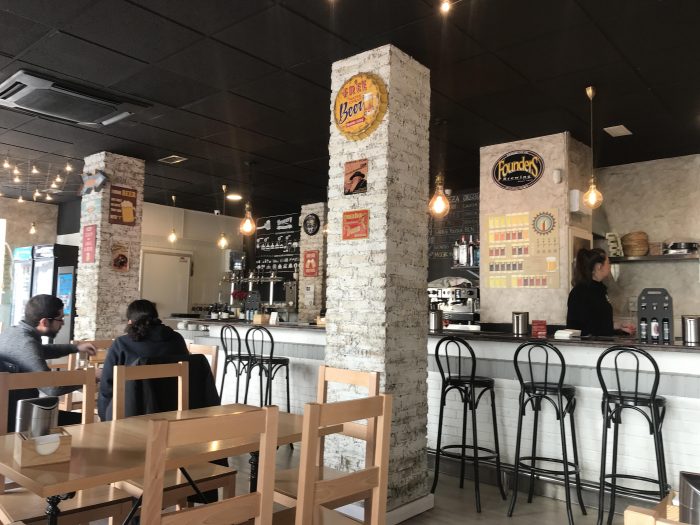 It has 10 taps, about 2/3rds of which were Spanish craft beers. There also a couple of fridges with bottles, including more from around Spain. As with most bars in Granada, tapas are included with your drink. 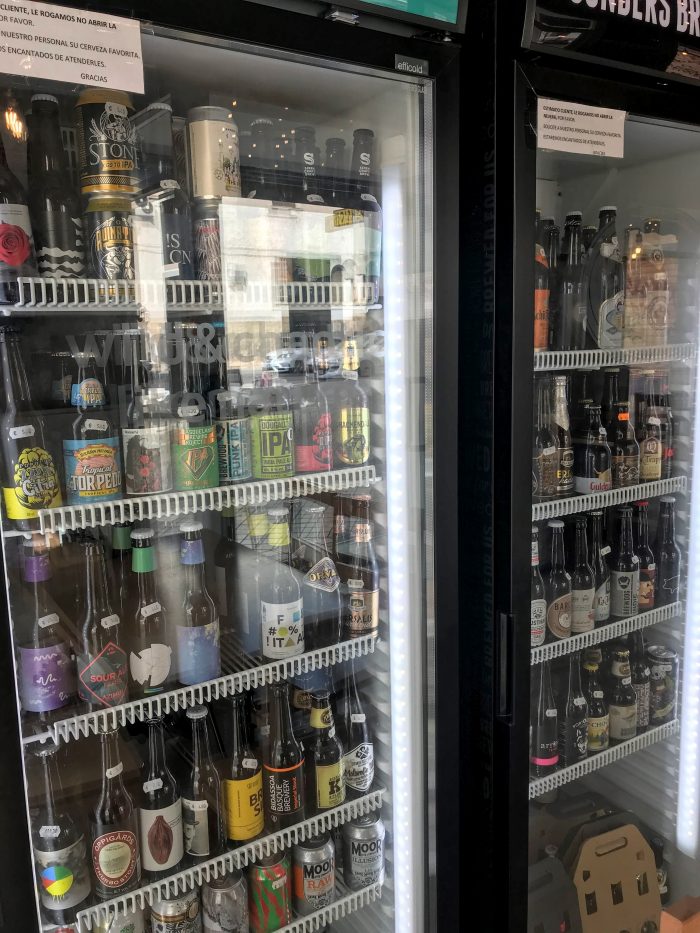 This isn’t something I traditionally rate bars on, but for what it’s worth, El Fermentador also had the nicest smelling bathroom I’ve ever been in.

Bella Kurva is a fun little bar in central Granada. It doesn’t have the biggest beer selection, but it’s worth visiting anyway. The small selection they do have is from Spanish breweries such as Basqueland, Garage, & Naparbier. If there are even a few small groups in the place, it will be quite lively, and the seating arrangements lend themselves to conversation. 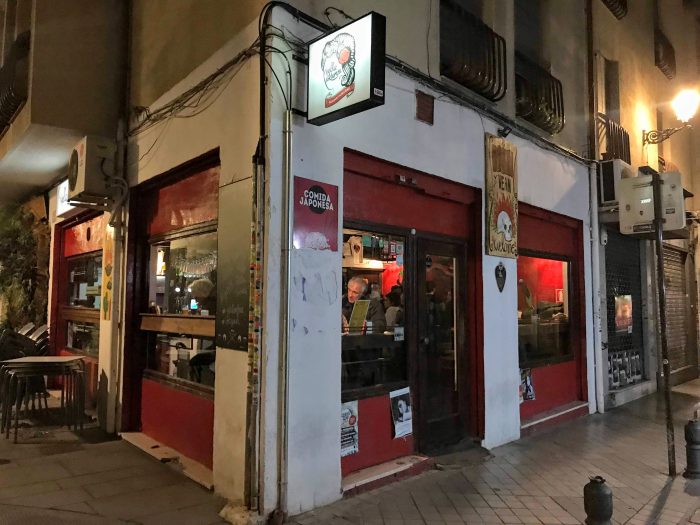 The tapas are from a variety of cuisines, plus they have a menu of larger portions. 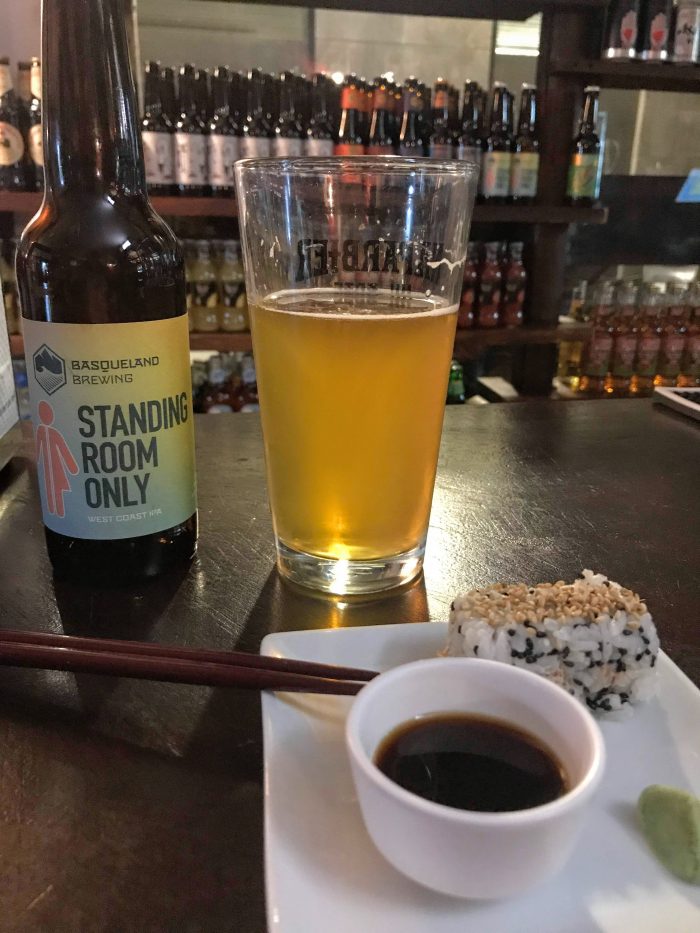 I was drawn to Amsterdam Cafe Pub because one of my favorite beer bars in San Francisco is called Amsterdam Cafe, so I wanted to compare. They’re quite different, but the Granada Amsterdam Cafe was nice in its own right. I definitely felt more upscale than a Tenderloin haunt. 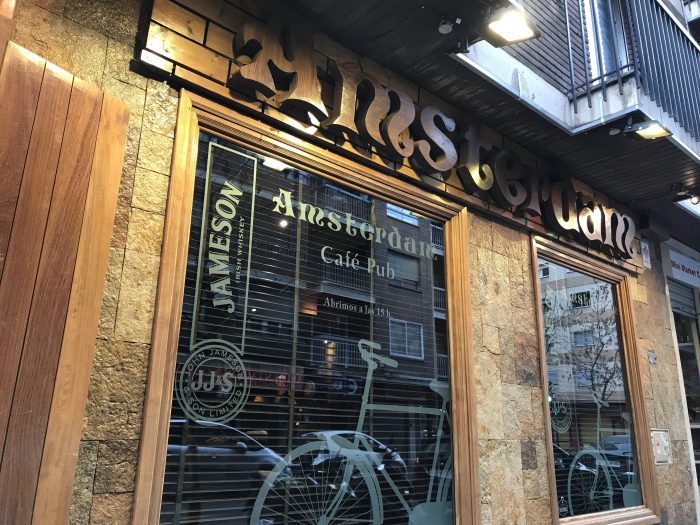 Most of the people drinking in Amsterdam Cafe were drinking cocktails, but they also have a large selection of craft beer. While they don’t have any taps, they have perhaps 100 bottles & cans. None of the breweries were local when I visited, but they had a wide selection from around Europe, including The Kernel. The beers were served in Spiegelau glasses as well. 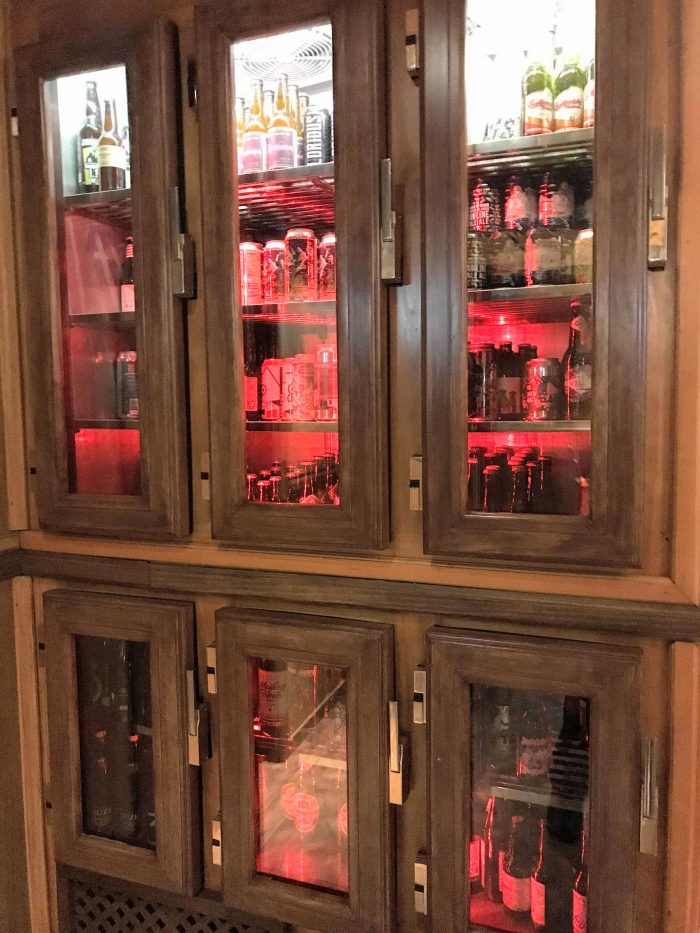 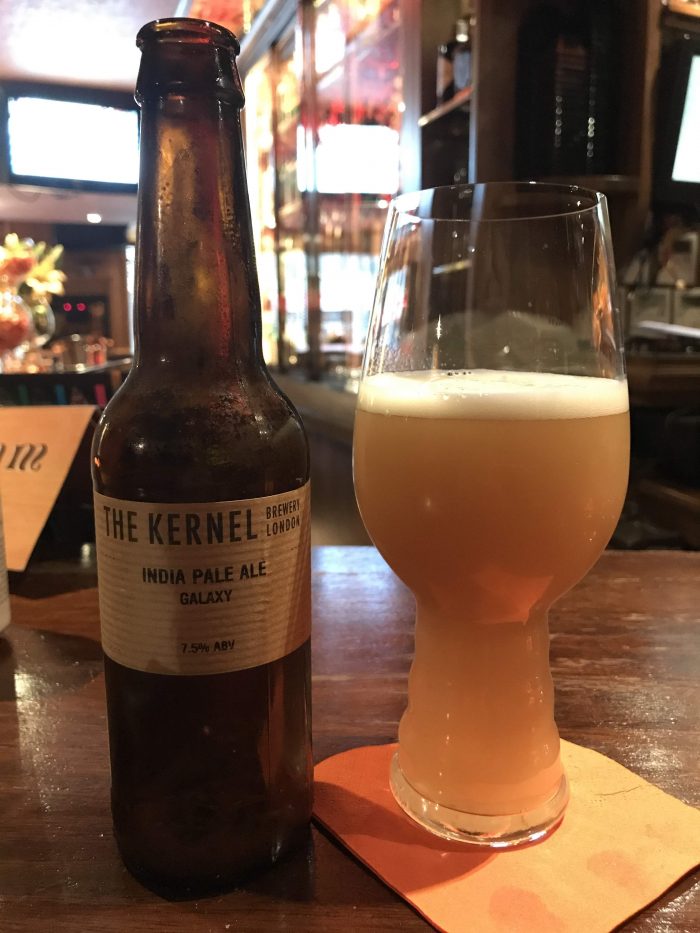 The best breweries in Granada, Spain

La Hermosa Craft Beer Shop sells beers from Cerveza Sacromonte, so if you see both names, it’s the same place (there is a separate production brewery located elsewhere in Granada that’s not open to the public. 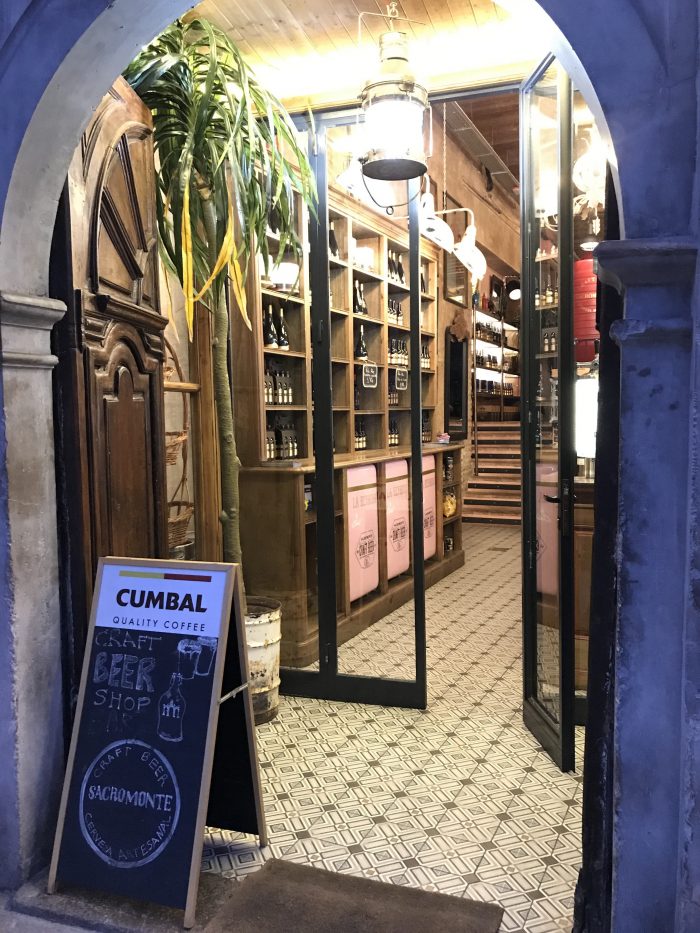 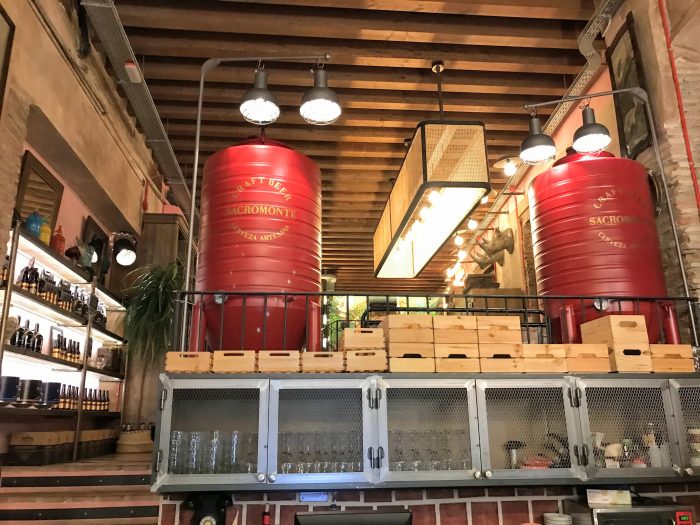 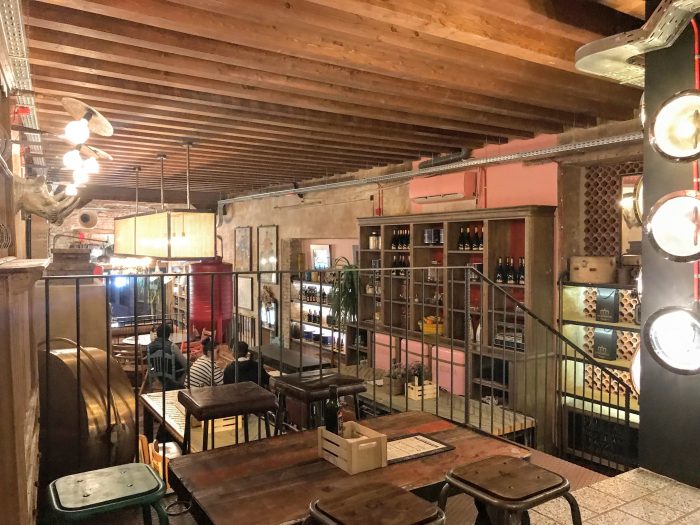 Beers are served in growlers, even onsite, which is unique. You can of course still get growlers or bottles to go. The selection at the moment is not large, with the brewery offering an IPA, a pale ale, a porter, and a stout. I liked the IPA more than the pale ale. The beer came with a surprisingly larger portion of tapas, olives, & chips, which I ate while listening to them play the first Bloc Party album. 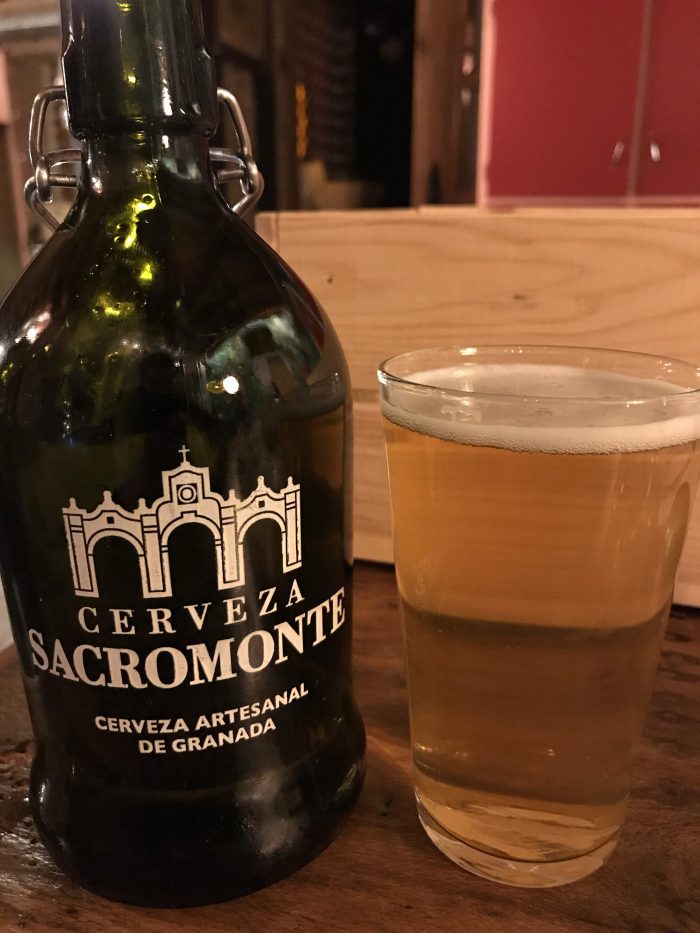 Have you spotted other great places in Granada for craft beer? Let me know in the comments!