A couple of years ago, I spent most of January in Spain. I arrived in Bilbao on the day after Christmas, planning on spending the New Year there. I’d done zero research beforehand about what New Year’s Eve in Bilbao might be like, so I was in for a learning experience. Bilbao might not exactly be a prime New Year’s Eve destination, but it was an interesting night nonetheless. 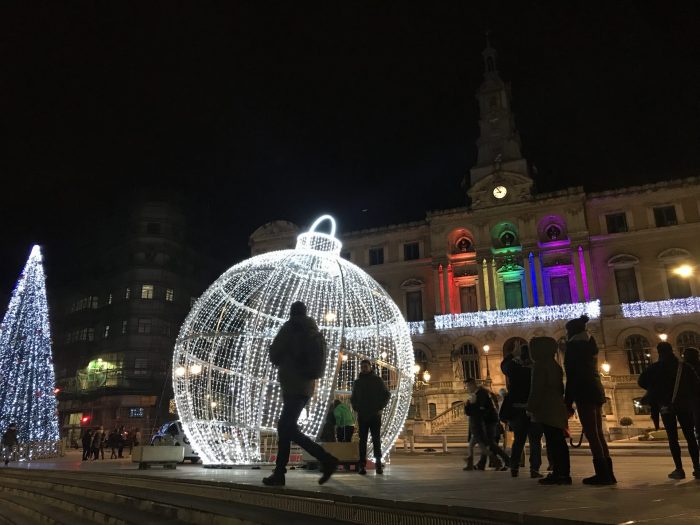 Unlike many other places, almost everyone stays home until after midnight on New Year’s Eve in Spain. This Nochevieja or Fin de Año is a time for hanging out with close friends & family. Those are honestly my favorite New Year’s celebrations, but since I was traveling solo & didn’t know anyone in Bilbao, it presented a bit of an obstacle for enjoying the New Year’s Eve. I hoped that I’d still be able to find at least some bars & restaurants to hang out at, but that proved to be difficult.

There aren’t many options for enjoying New Year’s Eve as a solo traveler in Spain. Looking for ideas, I checked the Meetup & Couchsurfing apps, thinking there might be some other travelers around, but I found nothing aside from one party of locals that wasn’t starting until 1am. I am too old for that.

I continued to wander the streets of Bilbao hoping to find a bar that might be open. Unfortunately, almost everything was closed. There was a doner kebab place that was open, but that wasn’t exactly a hangout spot. It seemed more like an end-of-the-night stop than a starting point.

My next thought was that hotel bars might be a good bet, thanks to foreign travelers like myself who didn’t have other plans. These too were a failure. Even the hotel bars in the biggest hotels like the Hotel Carlton all appeared to be closed. A few restaurants were open & offering set meals, but they were very expensive & formal. If I’d been in the mood for that & had booked reservations, it would have been a nice option.

Finally, I found refuge in the arms of a familiar friend. 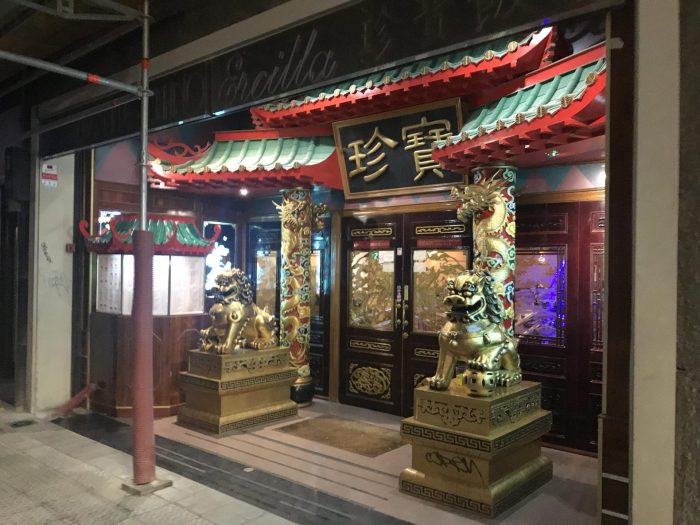 The Jewish Christmas tradition is to eat Chinese food. I’d missed out on my annual rite that year since I had flown to Europe on Christmas Day. I had another opportunity thanks to this Chinese restaurant being one of the only open places on New Year’s Eve in Bilbao.

It was after 10pm by this point, and Chino Ercilla was bustling. The clientele appeared to be mostly visitors, but there were some locals too. It was busy enough that it still felt like a relatively festive New Year’s Eve. Though the guy at a nearby table who was wearing an Arsenal hoodie did lend a certain sadness to the proceedings.

I had hot & sour soup, a spring roll, salt & pepper shrimp, and a giant pitcher of sangria. 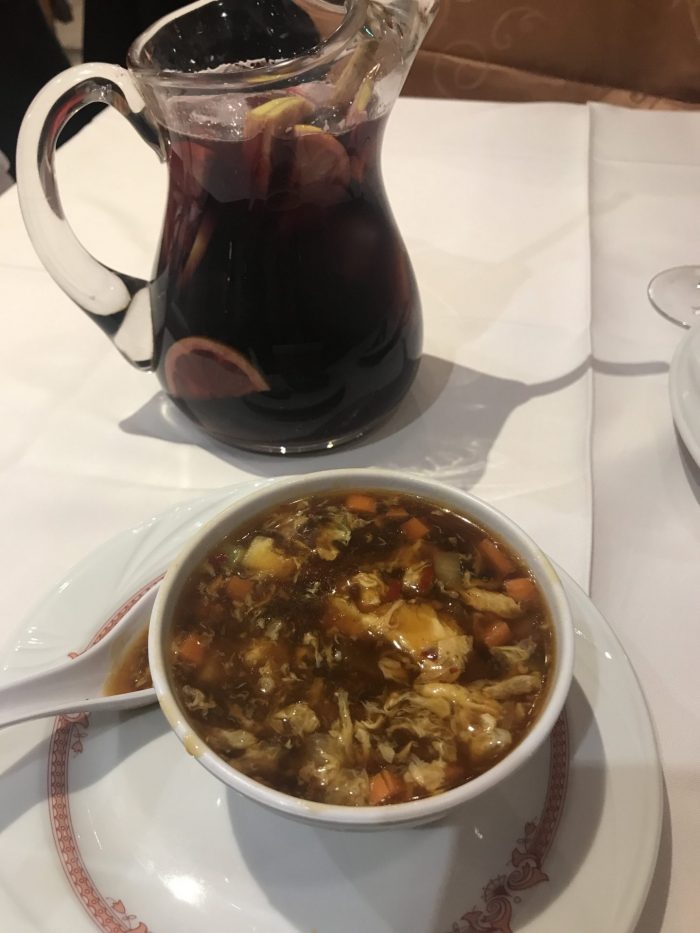 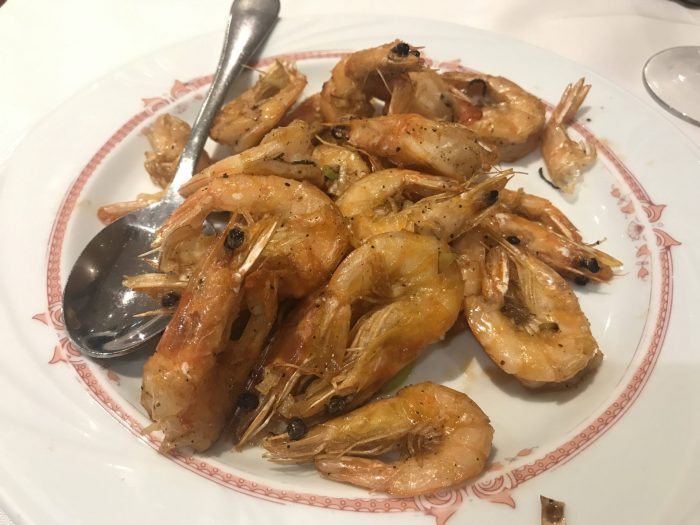 For dessert, I had crema Catalana, which is similar to crème brûlée. 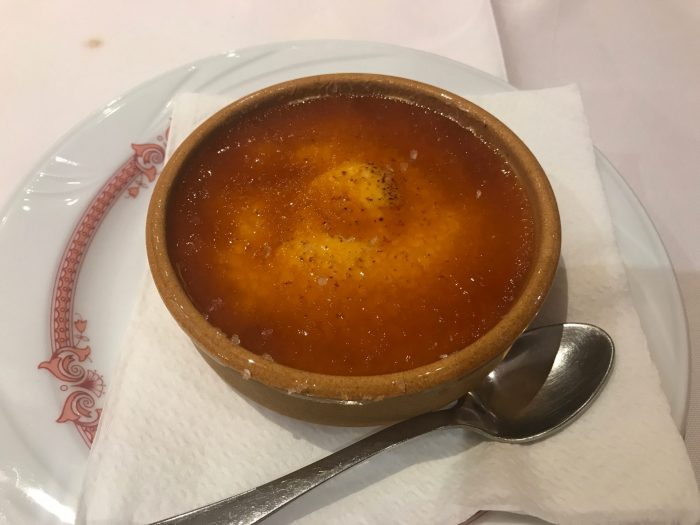 It all seemed like a nice way to tie together all the cultures I was experiencing at that moment.

I did need to leave a bit of room in my stomach for one Spanish New Year’s Eve tradition: Eating 12 grapes at midnight. 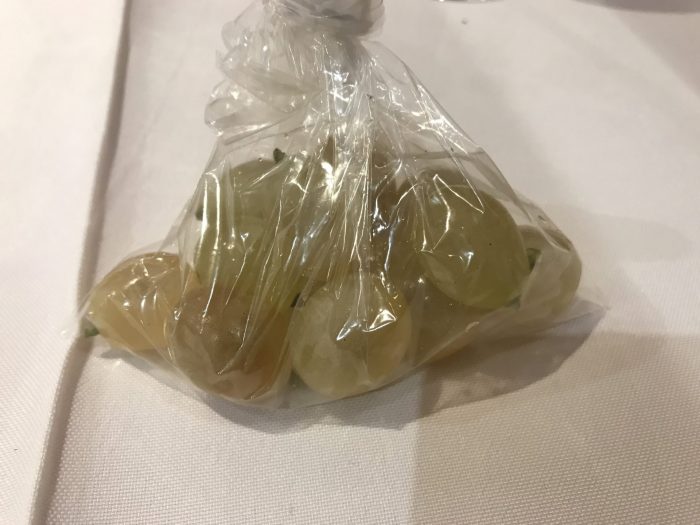 This tradition became popular in the late 1800s-early 1900s. It’s not completely known how it came about. Some stories have the origin as being a copy of French tradition. Others say it was promoted by grape growers wanting to sell large harvests. You’re supposed to eat one grape for each strike of the clock after midnight, with each grape symbolizing one month. This is said to give you good luck for the coming year.

There’s an element of danger to this. Grapes aren’t meant to be scarfed down, especially when Spanish grapes aren’t seedless like those you might find in some other places. If you can manage to partake in this Spanish tradition of eating 12 grapes in 12 seconds without choking, that’s good enough luck for anyone.

Stores were conveniently selling bags of 12 grapes. I bought a bag, & without any other ideas, I walked to Plaza Moyúa in the center of Bilbao, where I’d gotten the bus to San Juan Gaztelugatxe a couple of days prior. It’s a few blocks away from the Bilbao Fine Arts Museum, & it’s also not far from the Guggenheim Museum. Over the course of the evening, I had walked all over Bilbao to try to figure out what might be the best spot to celebrate the New Year, and that seemed as good as any, though Casco Viejo was another potential option, given its many pintxo bars.

Finally, it was time for the New Year. Despite having read that main squares in Spanish cities such as Puerta del Sol in Madrid are a popular place to gather at midnight and eat the 12 grapes & celebrate the changing of the calendar, there were only a few small groups of people in Plaza Moyúa. Otherwise, it was quiet across Bilbao. That was about to change.

Most cities like New York City, London, and Auckland have huge New Year’s Fireworks shows. Bilbao does not.

What Bilbao does have is a bunch of residents who are more than happy to set off their own individual arsenals once the clock strikes midnight. I stood in the plaza trying not to choke on my grapes as all hell slowly broke loose around me. People were shooting off fireworks from their windows & balconies. It was a 360 degree fireworks show, and I was right in the middle of it. 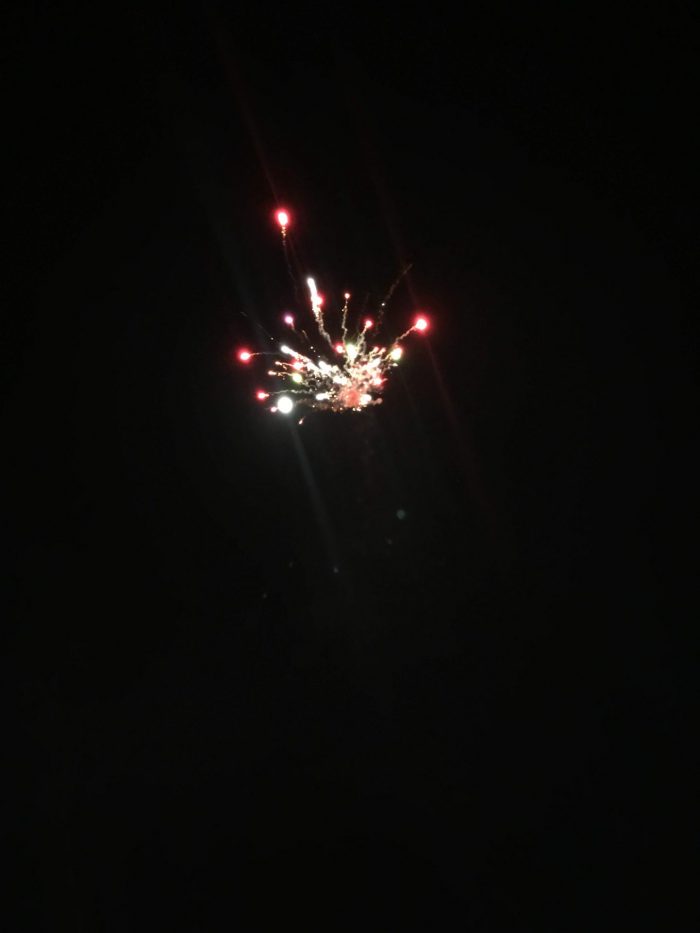 Despite there only being perhaps a hundred people in Plaza Moyúa, it ended up being the perfect place to watch Bilbao ring in the New Year. Eight streets converge at the plaza, allowing for views in every direction from the center.

I’ve seen large fireworks shows around the world. While they’re nice, there’s something to be said for the uncontrolled chaos of Bilbao’s New Year’s fireworks. One second someone in front of you would fire a rocket out of a window, while the next second someone would be blowing something up on a balcony behind you. It’s not for the skittish, but it was fun. For the most part, people were good about shooting their fireworks up into the air. I did see one rocket get fired down into Plaza Moyúa, nearly blowing up two people who were sitting on a bench.

Here’s a video I took of all of the New Year’s fireworks in Bilbao. I’ll spare you the video of me eating grapes.

The fireworks show lasted for over half an hour, a constant series of flashing light & explosions. Then it started to quiet down gradually, like a popcorn bag petering out.

I stayed out until around 1am. There were some people starting to trickle out onto the streets, but there still weren’t really any craft beer bars or other bars that had opened up, so I called it a night.

While New Year’s Eve in Bilbao might not be the most exciting experience for solo travelers, I still enjoyed it. If you find yourself in Bilbao for the New Year, hopefully this helps you get a sense of your options. Being on the streets for the fireworks was certainly exhilarating, though it would have also been nice to have had an evening inside with people in the true Spanish tradition.

If you’re looking for a place to crash after New Year’s Eve in Bilbao, check out these Bilbao hotels & AirBnbs.