Every time I take the drive up I-17 from Phoenix towards Flagstaff, Sedona, or Prescott, I pass by signs for Montezuma Castle & Montezuma Well. Despite having done this drive dozens of times, I had never actually stopped to check them out. Both Montezuma Castle & Montezuma Well are worth a quick road trip detour to learn about Arizona’s history, geology, and ecology, especially from the perspective of the Native Americans who first inhabited the Verde Valley.

Montezuma Castle National Monument was established in 1906. Nearby Montezuma Well, a spring-filled limestone sinkhole, is part of the monument, though it’s operated separately. Montezuma Castle is a short drive off Interstate 17 near Camp Verde (exit 289). It is also part of many central Arizona & Sedona tours leaving from Phoenix. 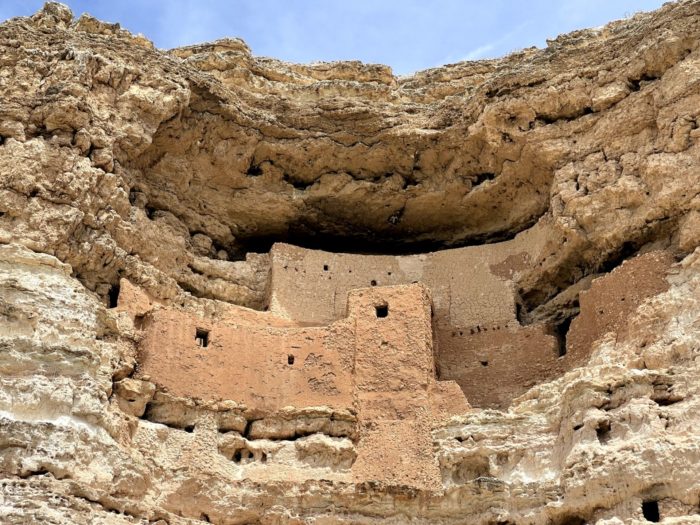 The path to Montezuma Castle is a short 1⁄3 mile (0.54 km) flat loop trail from the visitor center. There are frequent informational signs along the way, as well as ranger-led tours. Given how close the cliff dwellings are to the visitor center & how close it all is to I-17, it’s possible to see it all in less than an hour detour from wherever you’re heading, whether its Sedona, Flagstaff, Prescott, or Phoenix.

Montezuma Castle has nothing to do with Montezuma, nor is it a castle. While an impressive sight, the cliff dwellings are just that – a cliffside building where the local Sinagua lived between around 1100 and 1425 AD. The five-story building contains about 20 rooms. By the time the first European-Americans laid eyes on the place in the 1860s, the ruins had been abandoned for hundreds of years. Nobody was around to tell them just how incorrectly they had named the complex. There also wasn’t anyone to stop them from looting the place & otherwise damaging the structure. 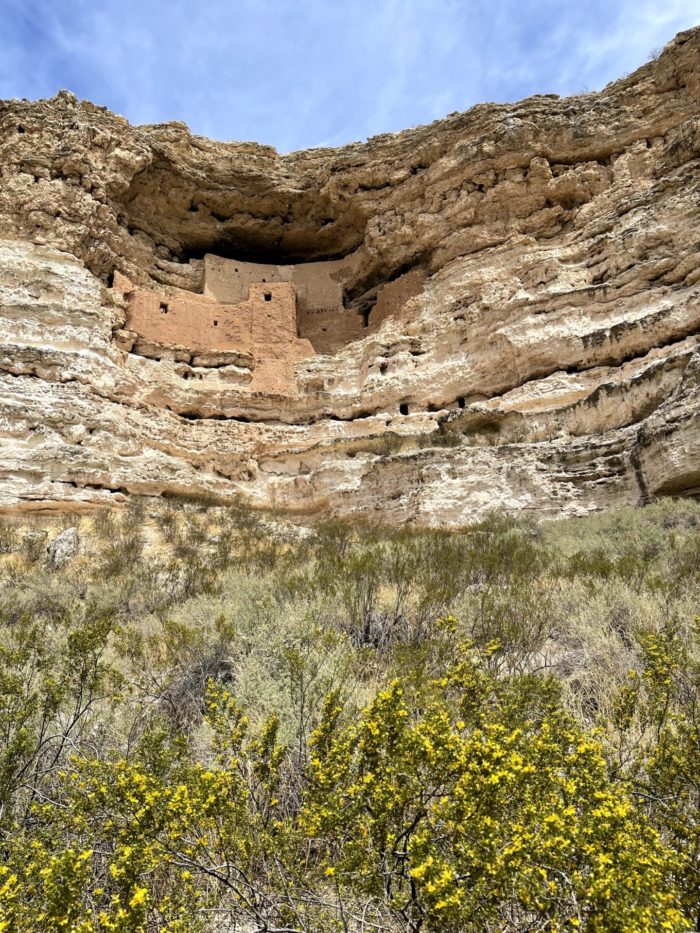 Despite having gone hundreds of years with nobody living in them, the ruins of Montezuma Castle are still spectacularly well-preserved. Their preservation is helped by their position under the limestone cliff, which provides protection from the elements. It’s also a testament to the engineering skills of the Sinagua to have built such a strong cliff dwelling. They used local limestone, mud, clay, and timber from Arizona sycamore. The walls are two feet thick at the base, narrowing to one foot higher in the dwelling. While Montezuma Castle is well-preserved, periodic restoration projects are still undertaken by archaeologists, with careful attention to the methods used by the Sinagua. 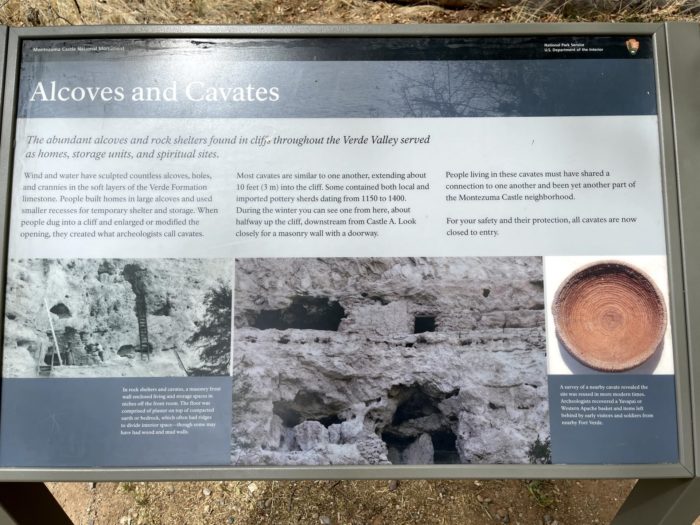 In order to preserve the ruins, it’s no longer possible to climb the cliffs for a closer look. This has been the case since 1951. While it would be nice to be able to see Montezuma Castle up close, there’s a lot to be said for seeing it from afar without anybody climbing all over it for selfies. This virtual tour from the National Park Service includes photos from inside the buildings, with more found here. There are also other displays along the trail, including a diorama that depicts Sinagua life. 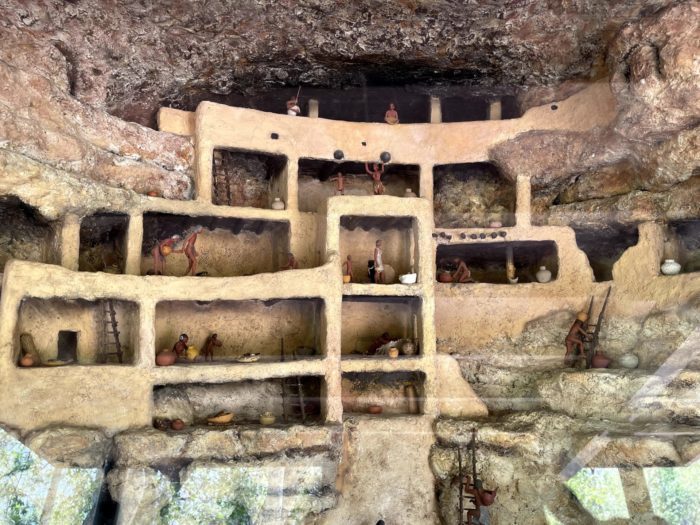 Right next the preserved cliff dwelling, you can also see the remnants of a building that was next door, dubbed “Castle A”. It’s believed this dwelling was even larger than Montezuma Castle. 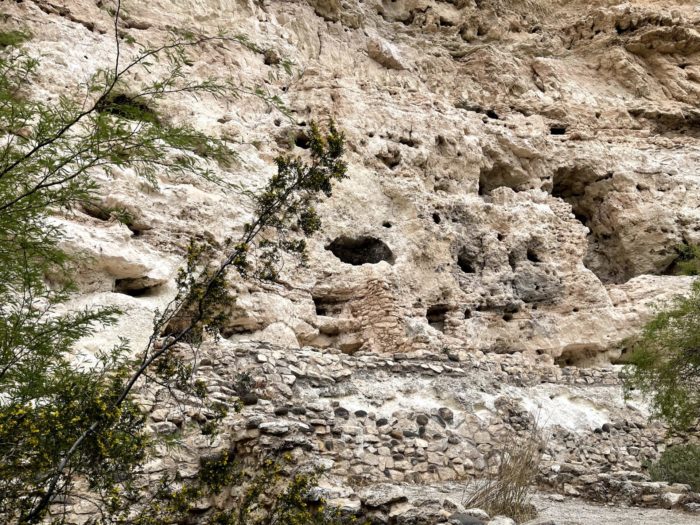 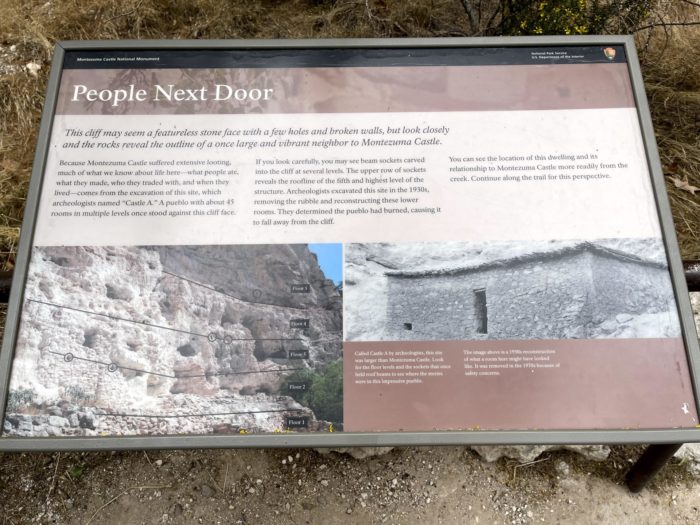 Beaver Creek winds its way beneath the cliffs, providing fertile farmland for those who lived there. The location of Montezuma Castle allowed residents to remain dry during periods where the creek would flood. Today, the trees that line the creek provide ample shade to visitors. 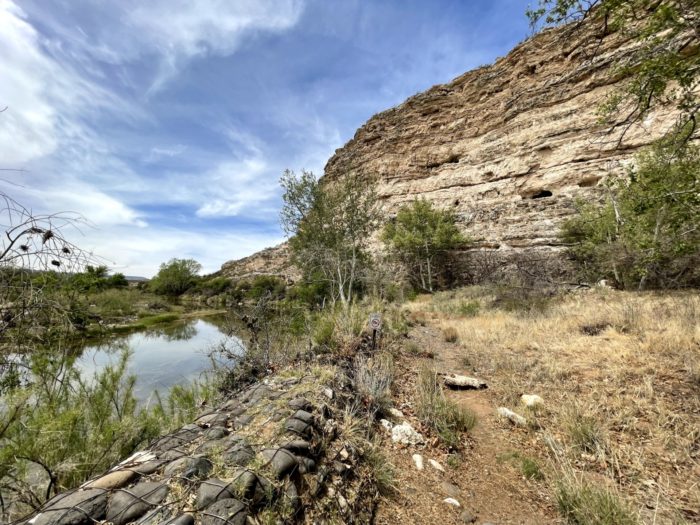 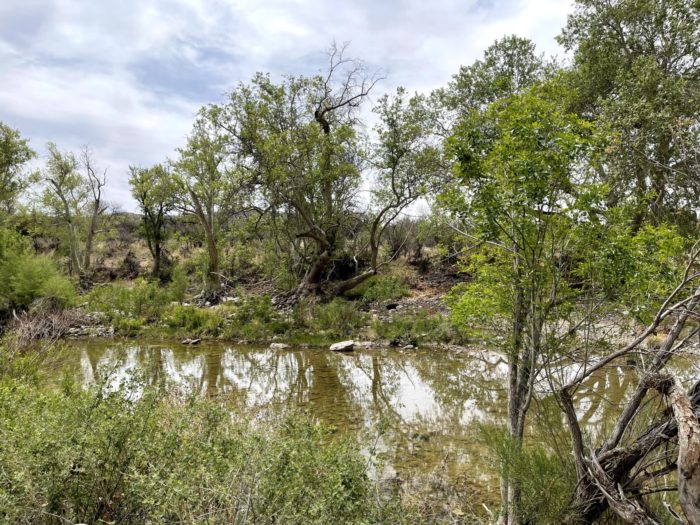 Gazing up at the towering cliff dwelling is mesmerizing. It must have been something to make that journey up and down the cliff each day for farming or trading. While different groups have inhabited this region over the past millennium, Montezuma Castle’s presence above this desert landscape has remained one constant, one that has fortunately been preserved for modern visitors to view & remark upon. 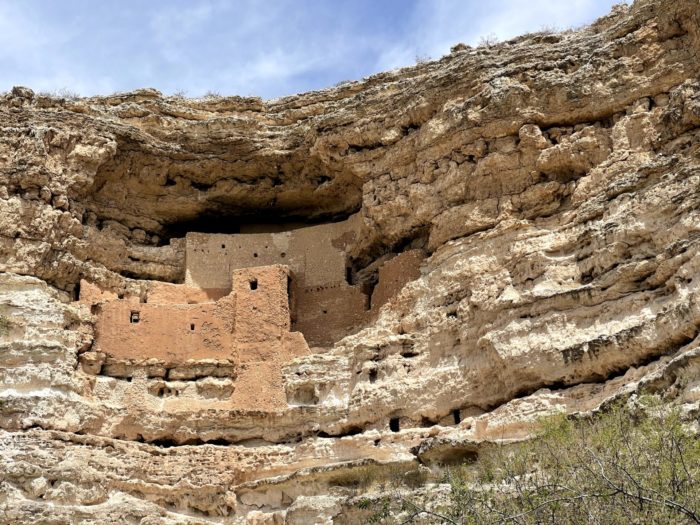 To learn even more about the Sinagua people of Arizona, be sure to also visit nearby Montezuma Well.

If you’re looking for a place to stay near Montezuma Castle, check out these Camp Verde hotels.