During my week in Stockholm, I stayed at the Clarion Hotel Sign, which is part of the Choice Hotels chain. Choice Hotels are fantastic options in Scandinavia, especially if you book with points. Thanks to having bought points during this year’s Daily Getaways promotion, I was able to stay at the Hotel Sign in Stockholm for about $55 per night, which is a steal compared to the listed $192 rate. Not only was this a great hotel rate, it also included the typical excellent Choice free breakfast, which you’ll see below.

The Clarion Hotel Sign is conveniently located near the train station & bus station in Stockholm. In fact, if you’re arrving by train, the quickest way to the hotel is to actually cut through the bus station. When you arrive at the building, you’ll find a sleek, modern building. 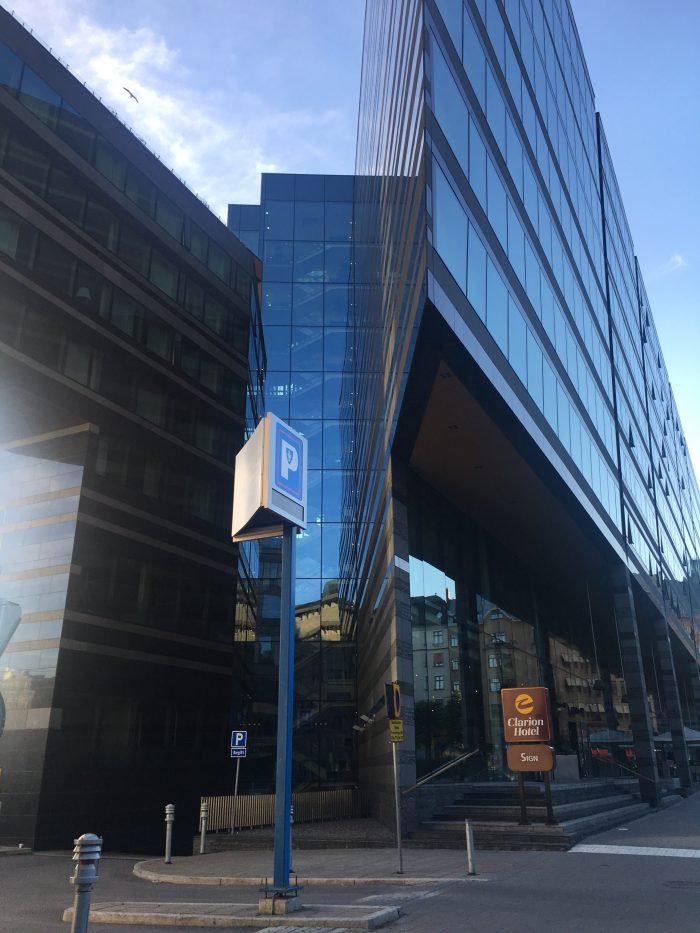 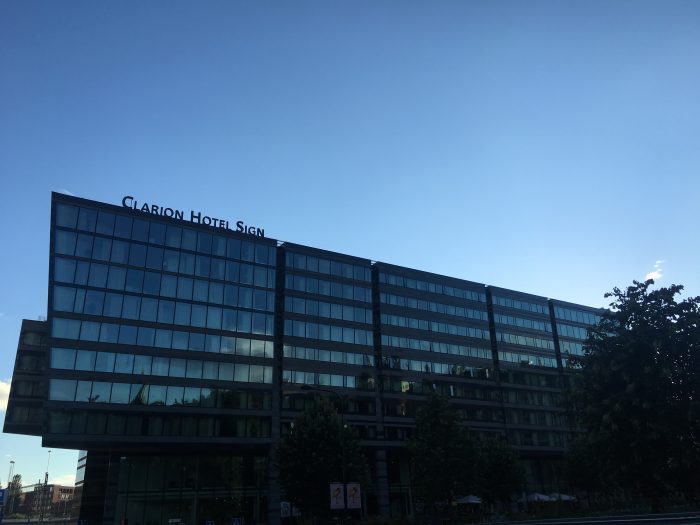 Upon check-in, I had my Choice status matched into the Nordic Privileges program. I’m not entirely sure what it does, but for some reason Choice has a separate points program in Scandinavia. I earned extra free points for forgoing room cleaning. Given how little I clean my apartment, I can go a week without cleaning in a hotel. Along with the status match, I also got 125 SEK of vouchers for the hotel’s bars and restaurants for each day of my stay, which is about $13 USD. Not bad considering how little I had paid for the room in the first place! 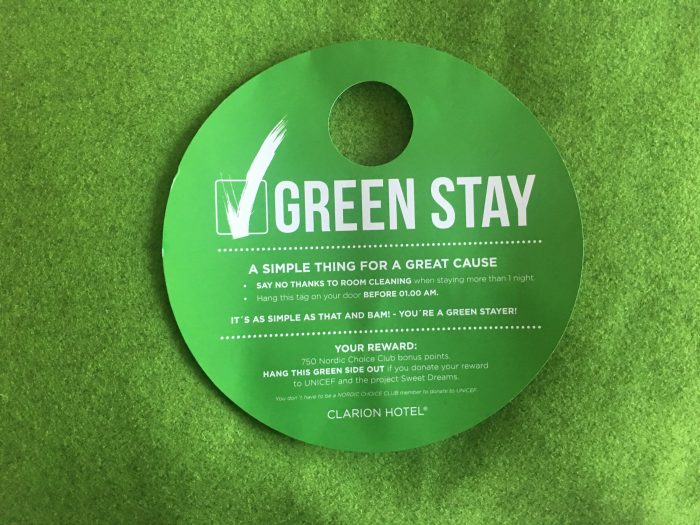 On my first night in the hotel, it was the Euro 2016 Final, so I used my voucher for a beer and a snack on the rooftop deck where the match was being shown. There was also a spa & pool on the same floor, but I didn’t use them. 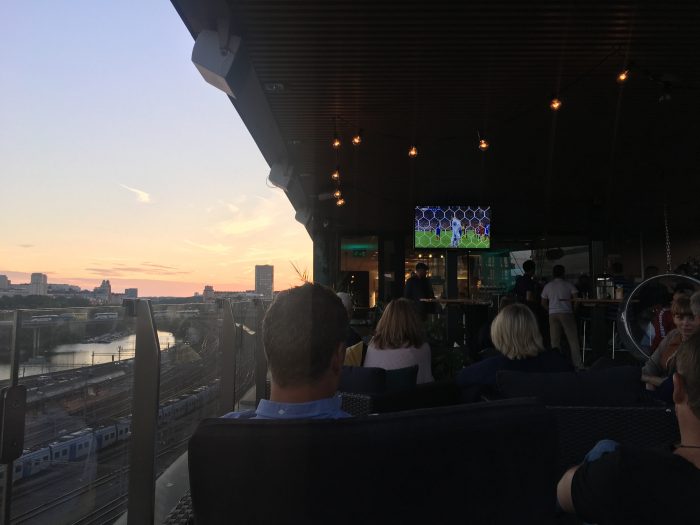 On other nights I would have a free beer, or even in one case I stretched it with a free mac & cheese dinner. Inside the hotel there is a restaurant called American Table, which features a menu created by famed Swedish chef Marcus Samuelsson  Again, not bad for $55 per night! 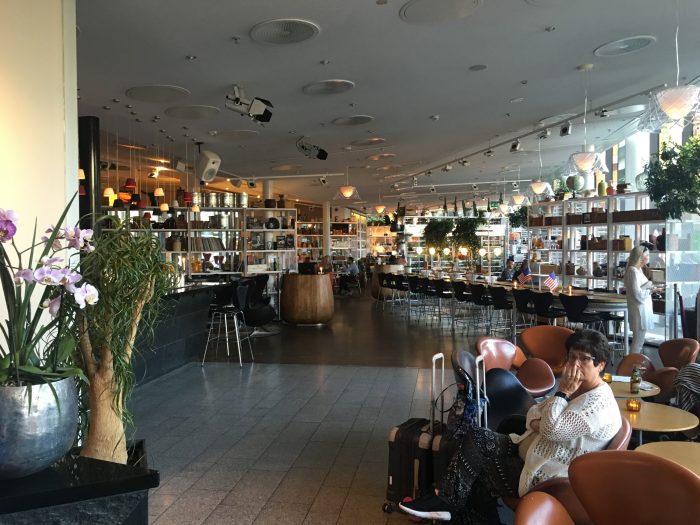 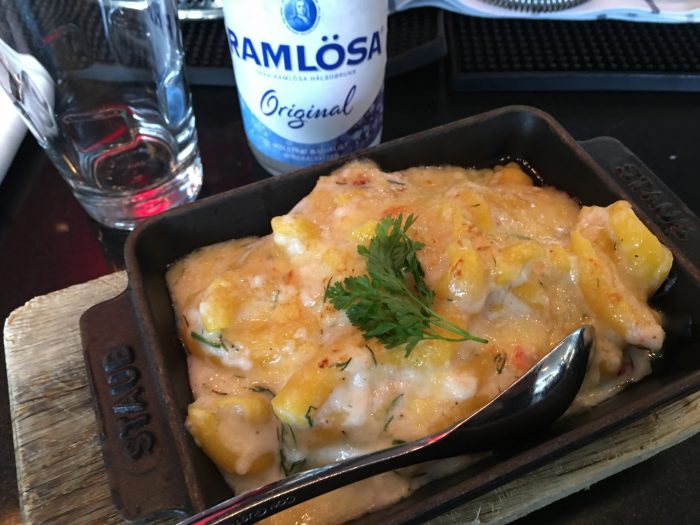 My room had a phenomenal view of the Norra Bantorget park across the street. My stay was in July, so much of Sweden’s time is spent in the sunlight, but the extended views of sunrises and sunsets were outstanding. Of course, given all the sunlight, the room could have used darker curtains. 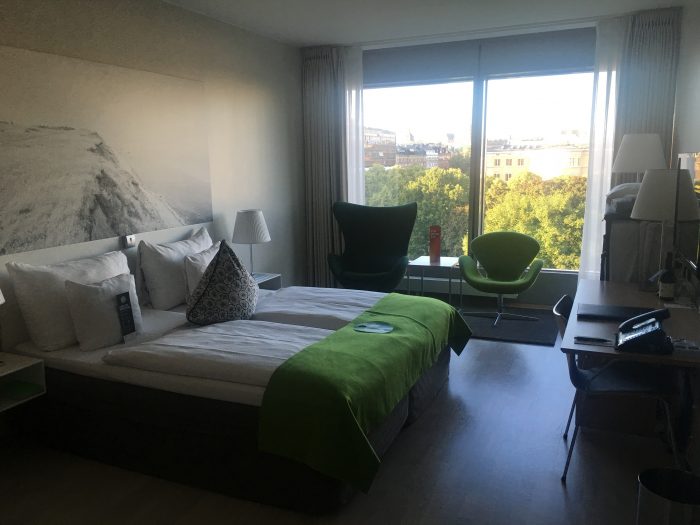 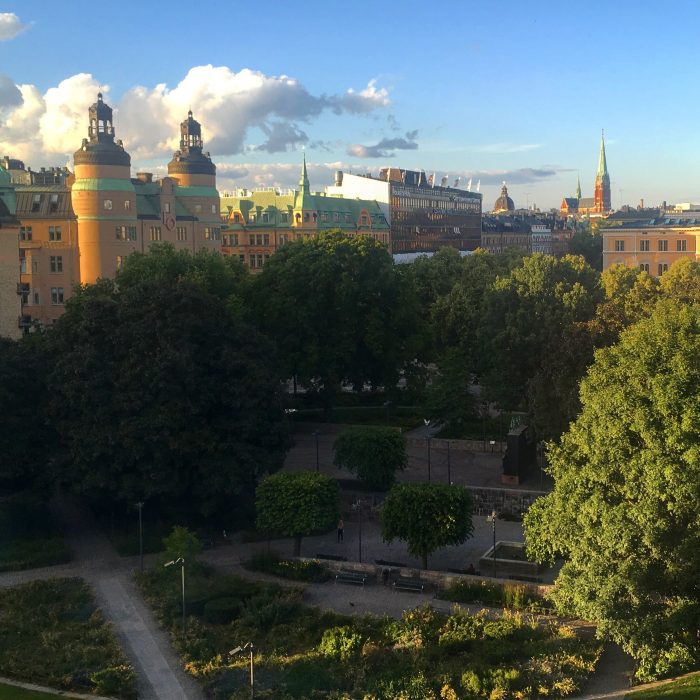 The room itself was decent, with plenty of room to spread out considering it was a city center hotel. There was a nice desk to work at, which was good considering I was working remotely during my trip. Unfortunately, the hotel’s wifi was unimpressive & was pretty slow during my entire visit. 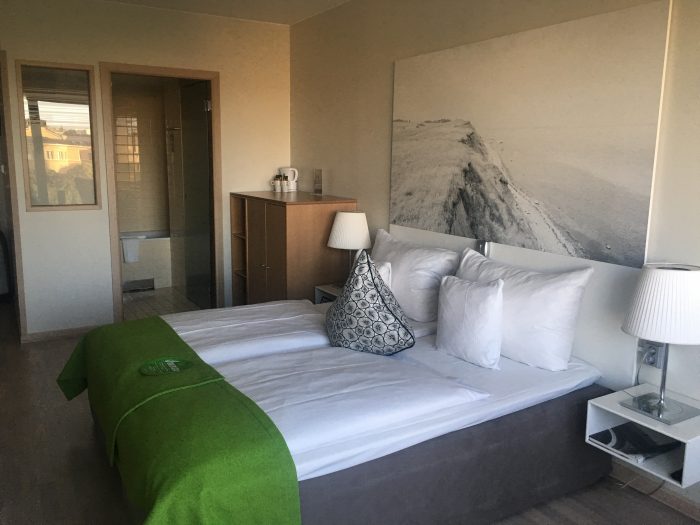 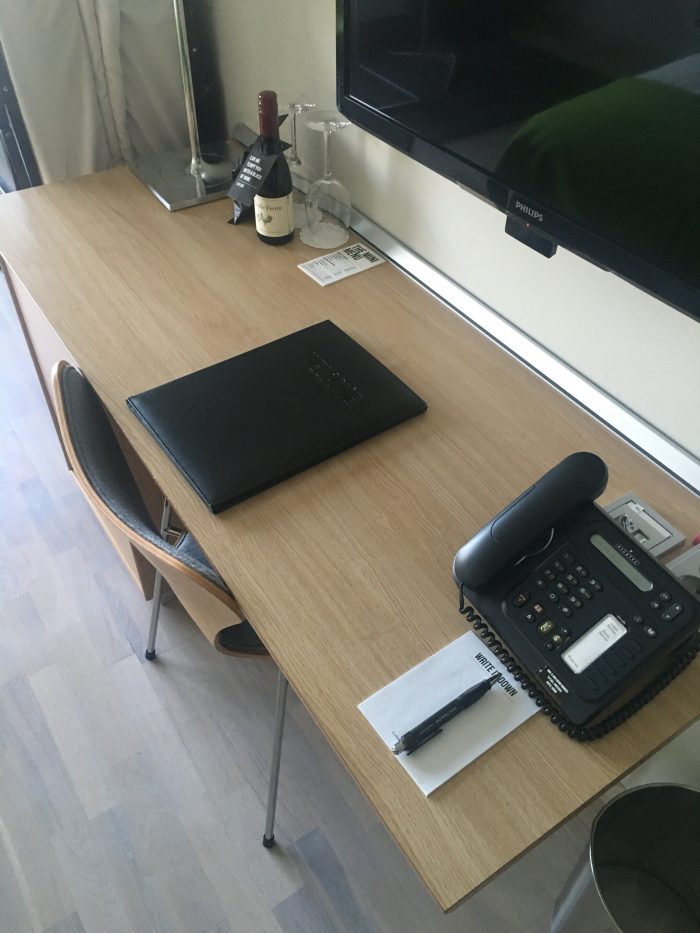 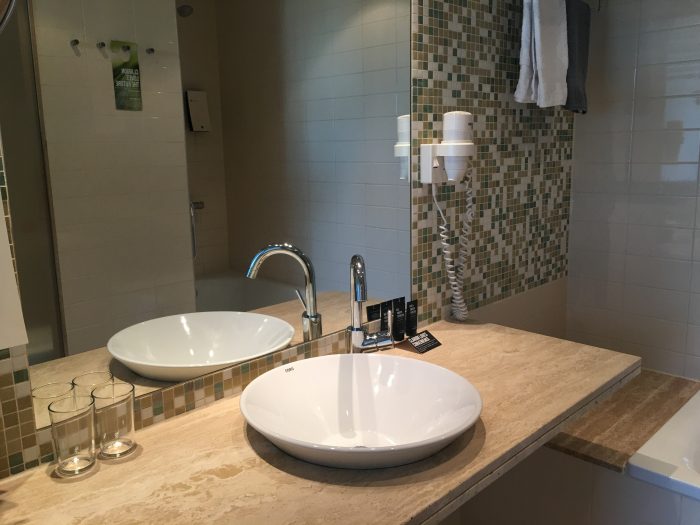 Here is the breakfast at the Clarion Hotel Sign. In addition to all of the usual Choice Hotel breakfast offerings including Swedish pancakes, breads, cheeses, eggs, meats, fruits, salads, yogurts, and more, there was also a raw food bar. I can’t overstate how much I love that Scandinavians enjoy a good breakfast. 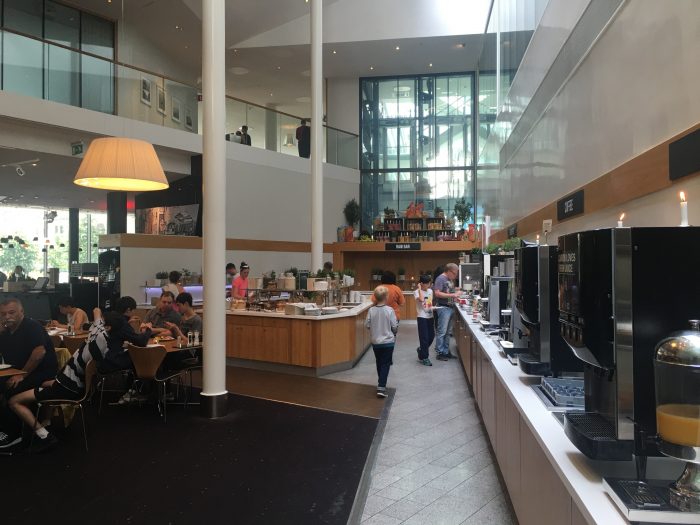 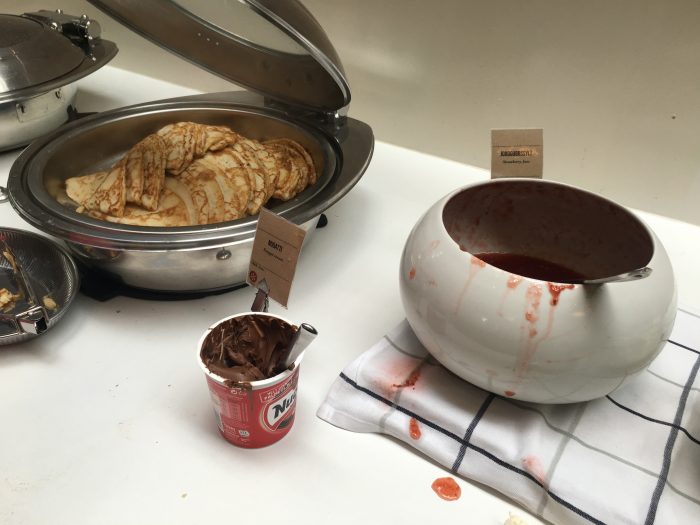 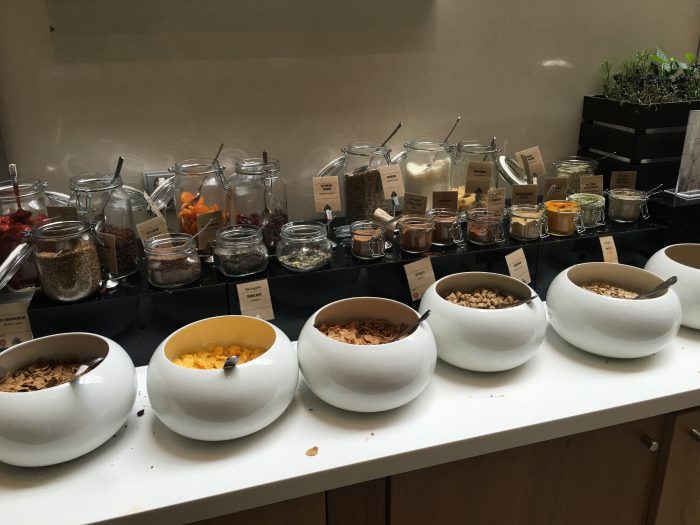 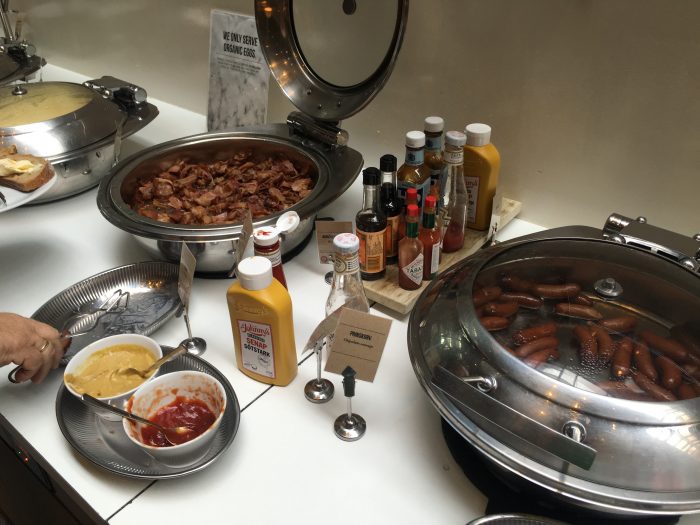 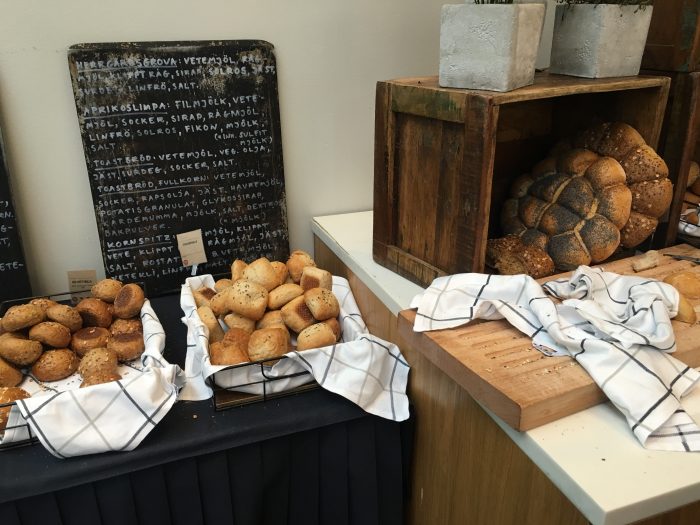 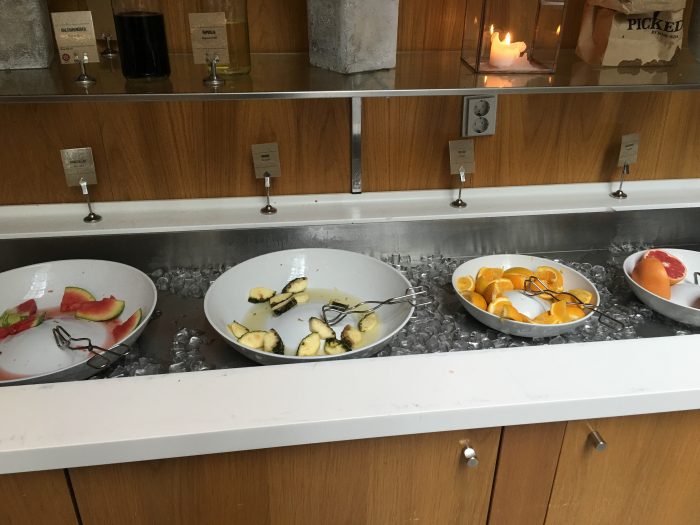 While I liked the Clarion Hotel Sign for the most part, there were a couple of issues, including the aforementioned wifi problems. The elevators always had long queues. Although one elevator was out of service for much of my stay, even this extra elevator would not have helped much. This seems like a case when the architects of the building, who admittedly had constructed a cool unique place, hadn’t quite anticipated the elevator demand. On the plus side, each elevator has different musical theme, which I realized when I finally got the rock elevator to find that it was playing Metallica’s “Fuel”. Another elevator, the one labeled “Pop”, actually had a DJ juke box, so I played “California Love”. The elevators looked out over the courtyard that some rooms had for a view. 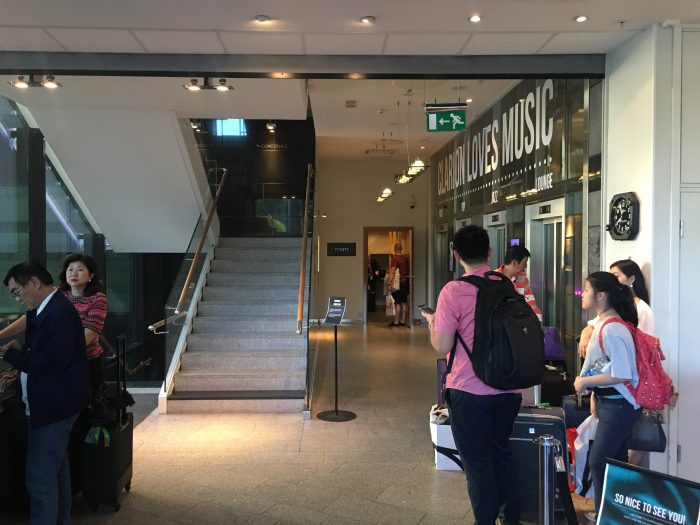 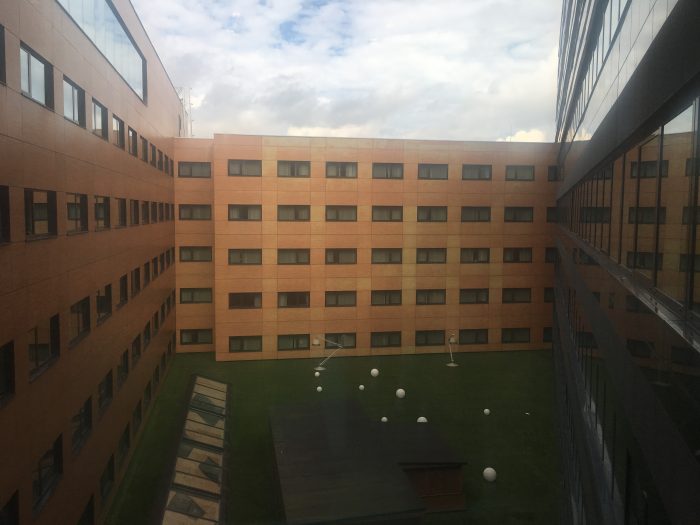 Aside from the wifi & elevator issues, I enjoyed my stay at the Clarion Hotel Sign in Stockholm. If you can book with points it’s a steal. The location can’t be beat, and the rooms were nice. The breakfast was outstanding, as you’d expect from Choice Hotels. Hopefully they will work to improve the issues, but otherwise I would gladly stay there again.