When most people think of drinking in Bordeaux, there’s one thing that comes to mind: wine. And for sure, wine tasting in Bordeaux is something you’ll absolutely do there. However, there is a small beer scene as well. When I was there, I visited a few beer bars. Here’s my guide to the best craft beer in Bordeaux, France.

Bordeaux might not have many craft beer spots, but one of them stands out as a fantastic bar. Jaqen would be one of the best craft beer bars in any city, so it’s especially cool that they are located in a city with a small scene. 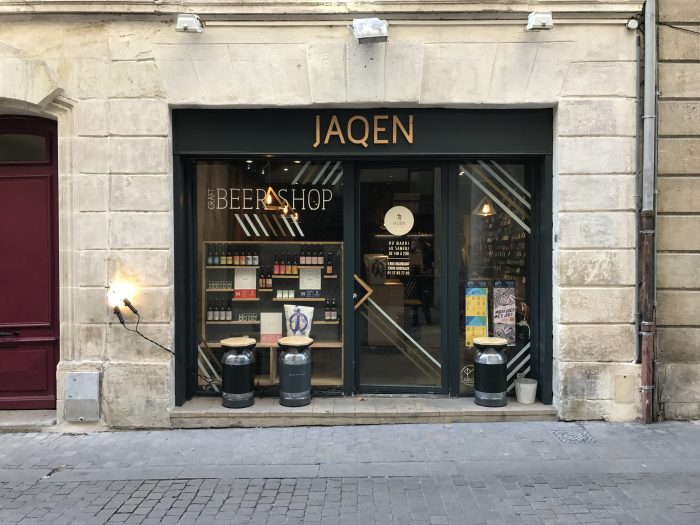 They only have 6 taps, but this is supplemented with hundreds of bottles. 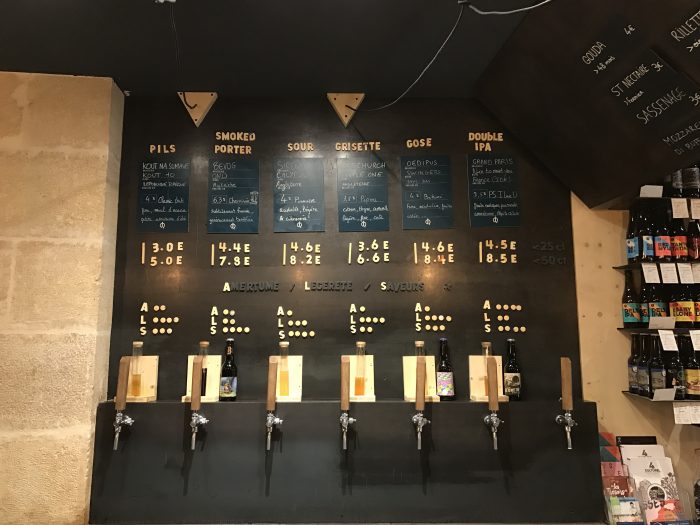 They have a wide variety of French craft beer as well as more from all over Europe. They specialize in having a selection from lots of small craft brewers such as Brasserie du Grand Paris, La Débauche, Brasserie Corrézienne, Brasserie Bendorf, La P’tite Maiz’, and Bordeaux Beer Factory. When a place has a nascent scene, it’s always great when bars do everything they can to support them. Jaquen is a bottle shop, so you can take the beer to go, or you can sit inside. 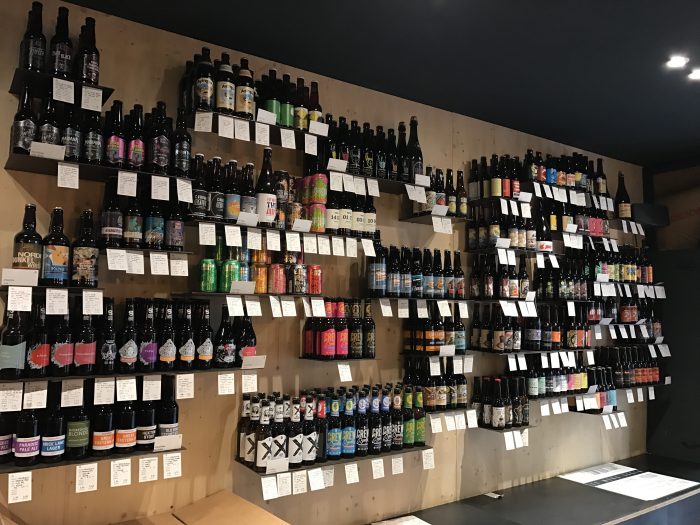 Anybody looking for great craft beer in Bordeaux knows to come to Jaqen. Their bartenders are all knowledgeable about French beer, and everyone was friendly. There was a nice amount of seating at the bar, along with tables scattered throughout. It’s a really great vibe, with good music playing as well. 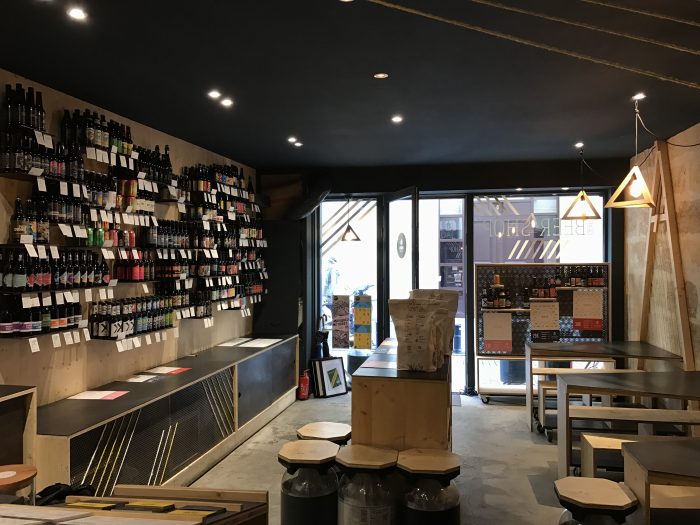 Jaqen doesn’t have an extensive food menu, but what they had in there included some of the best bar snacks I’ve ever had. I had rilletes, aged Gouda, and mozzarella di buffalo for my dinner one night. The aged Gouda made my eyes roll back into my head like I was on heroin. 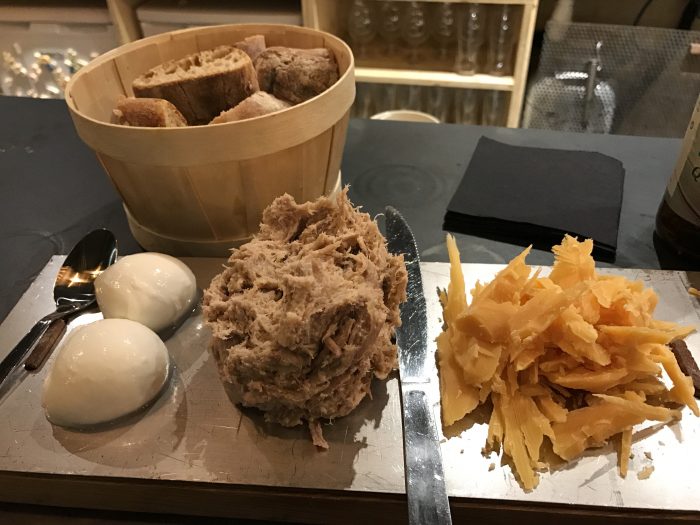 If you want great craft beer in Bordeaux, Jaqen is by far the best place to go for a wide variety of French brews.

Sweeney Todd’s is a small, intimate British-style pub located near the Garrone. It has a British pub menu, plus British ales. There are also a couple of craft beer options such as BrewDog.

The best breweries in Bordeaux

Frog & Rosbif is owned by FrogBeer. While the brewery is based in Paris, they have a few brewpubs around the country, including this one in Bordeaux. 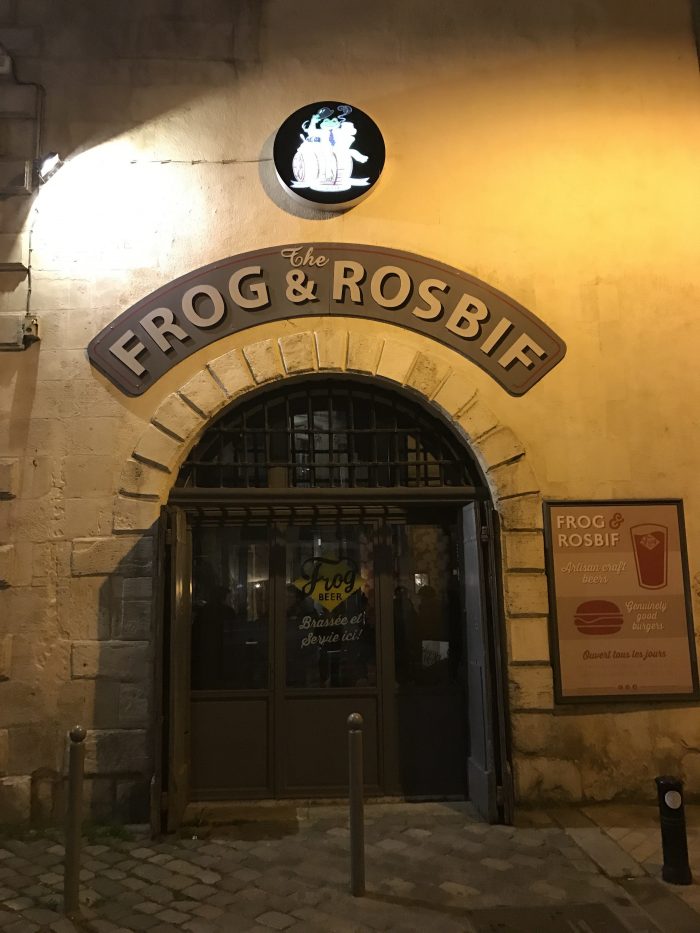 The bar features 8 taps of their own beer, plus a few more options in bottles. Unfortunately, no flights are available, but they do offer half-pints. 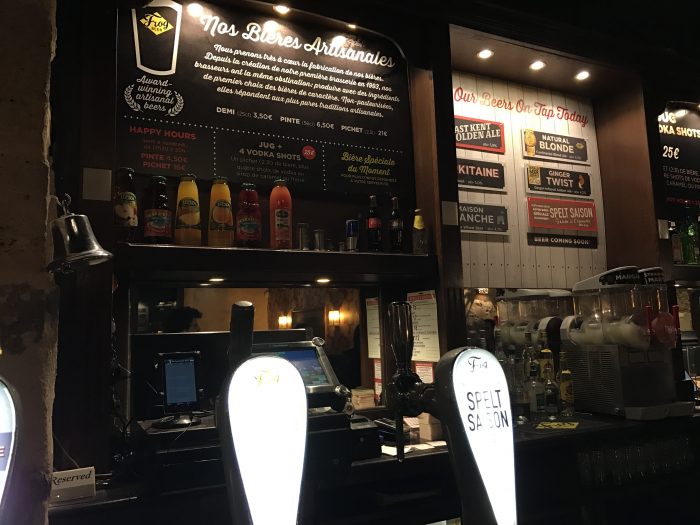 Frog & Rosbif also has other drinks, including shots & cocktails. This can lead to a bit of a bro-tastic atmosphere on weekends, or at other times when sporting events are showing on the TVs. That aside, it’s a big, friendly, and busy bar. 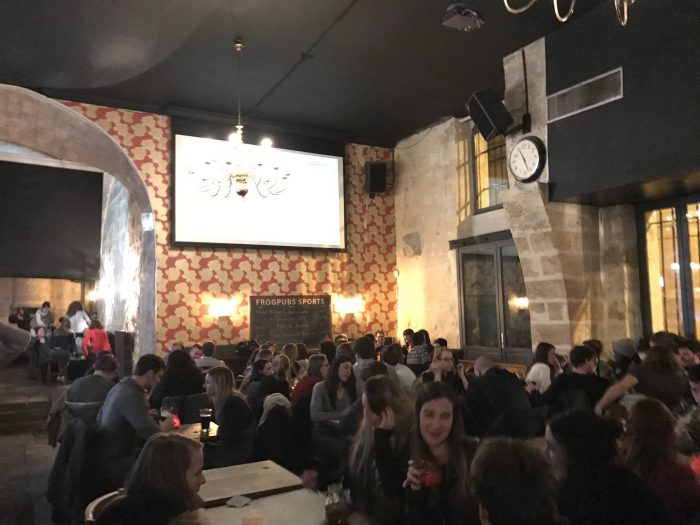 The best bottle shops in Bordeaux

I also spotted a couple of places that look like great spots to pick up bottles of craft beer in Bordeaux.

Malt & Co is located along Rue du Palais Gallien, not far from Baud et Millet. The shop has a nice selection of craft beer & whiskey.

Au Coeur du Malt is in the main shopping area along Rue Georges Bonnac. Although it’s also a bottle shop, it has a bit more of a bar feeling with tasting available. They have 200 beers & 300 whiskies available. 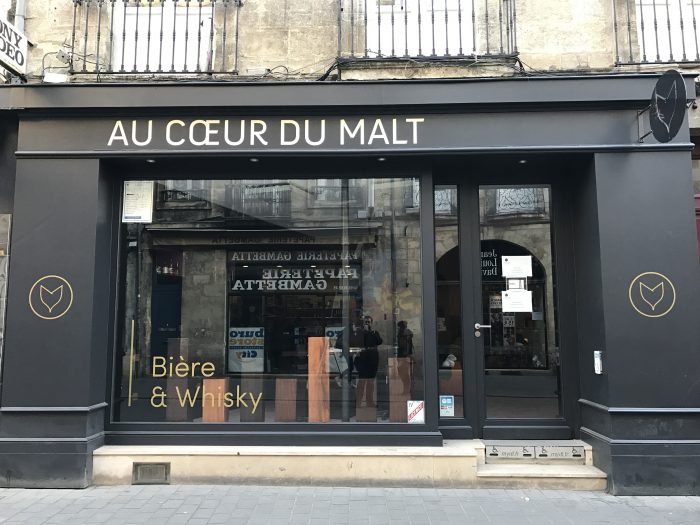 While wine culture dominates the local drinking scene, recent years have seen a little niche growth for craft beer in Bordeaux. If you’re looking for a bit of a break from wine tasting, there are at least a few options available, especially the outstanding Jaqen.