As soon as I heard about it, I knew I had to go. An all-you-can-eat cheese restaurant. Baud et Millet in Bordeaux, France is famed for their cheese cellar, which patrons can have free reign over. This was one of the reasons why I wanted to travel to Bordeaux. If you hadn’t guessed it, I love cheese. I especially love high-quality French cheese.

France is of course known for having some of the best cheese in the world. With over 100 of these cheeses available, a visit to Baud et Millet is a pilgrimage for any cheese lover. 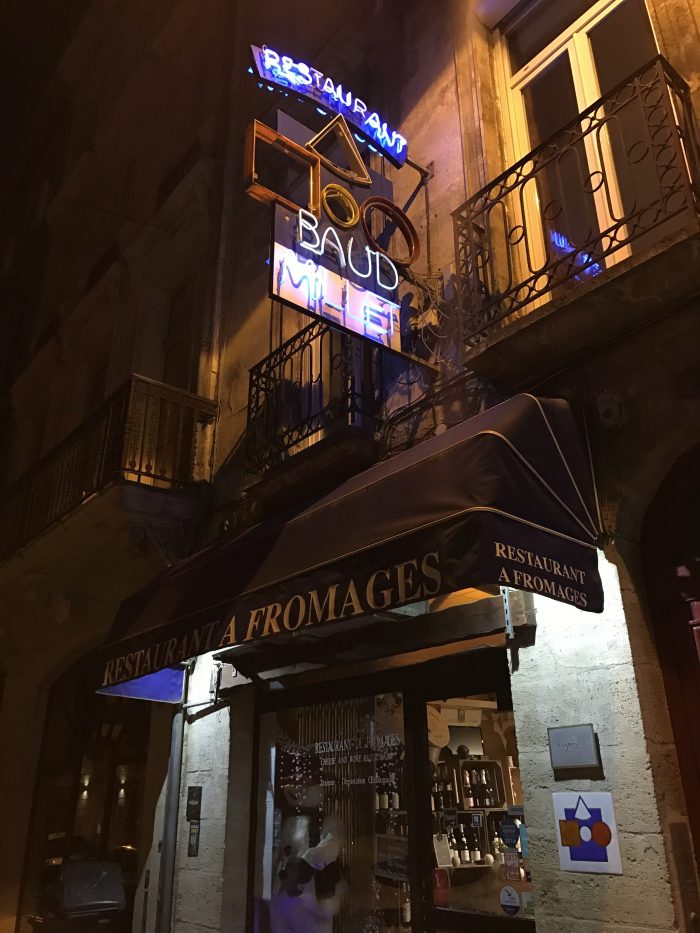 I arrived at Baud et Millet around 7:30pm on a Wednesday in early January. The restaurant was quiet, though it got a bit busier later on. 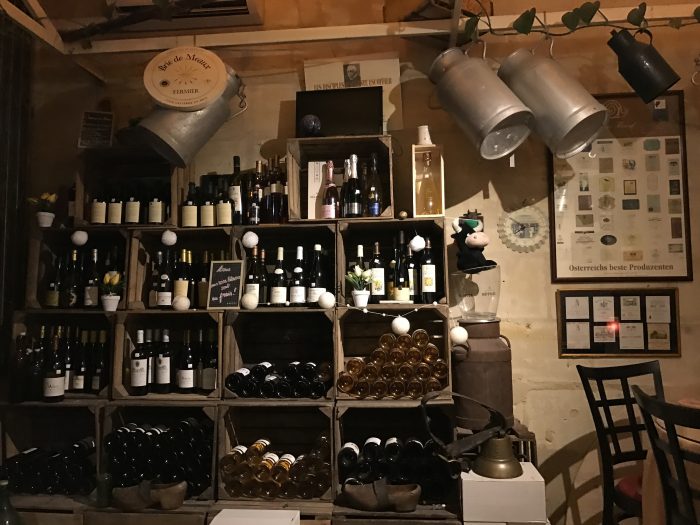 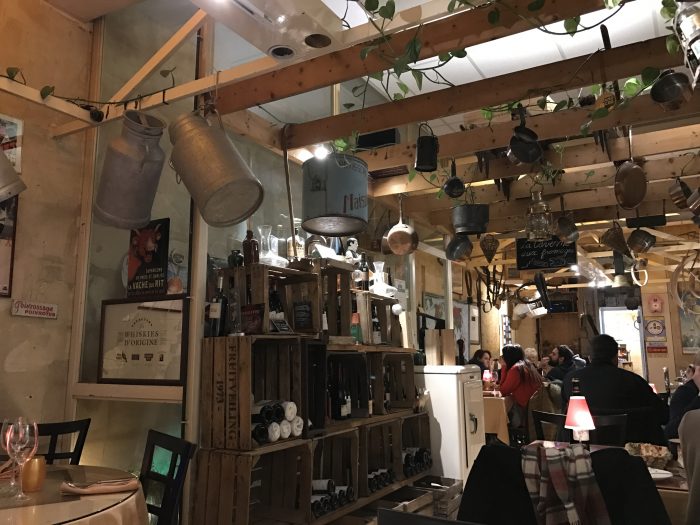 Baud et Millet has a regular cheese-focused menu, but I was there for one thing: the all-you-can-eat cheese cellar. For €32, you can go into their cellar & take as much as you want from their selection of 110 different cheeses.

One thing to note is that if spending €32 on all-you-can-eat cheese is too expensive or overwhelming for you, Baud et Millet offers a flight of 9 cheeses and 3 wines for €24 during the day between 11 & 8. 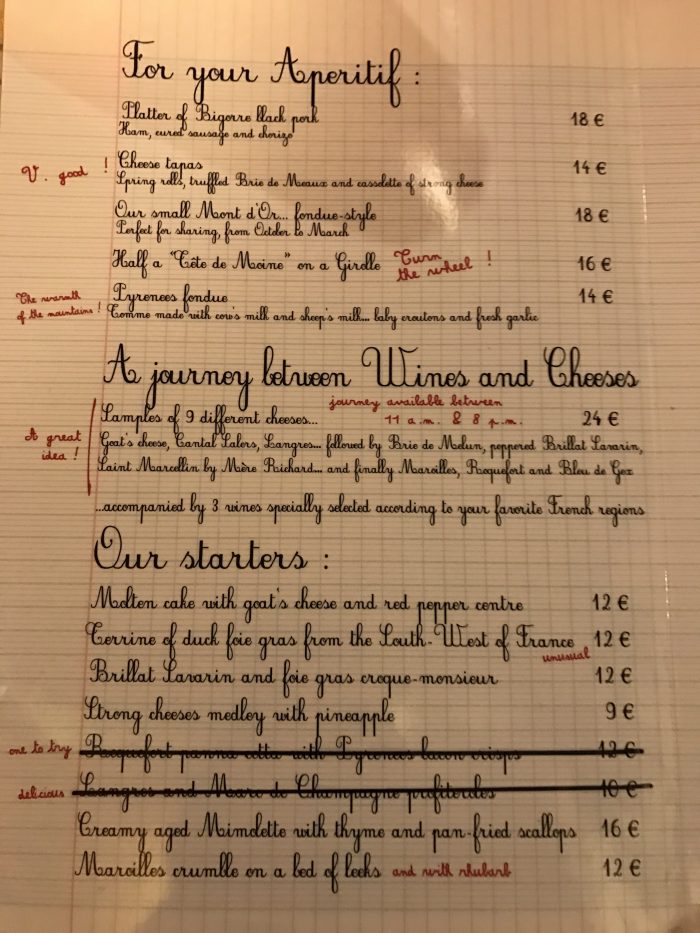 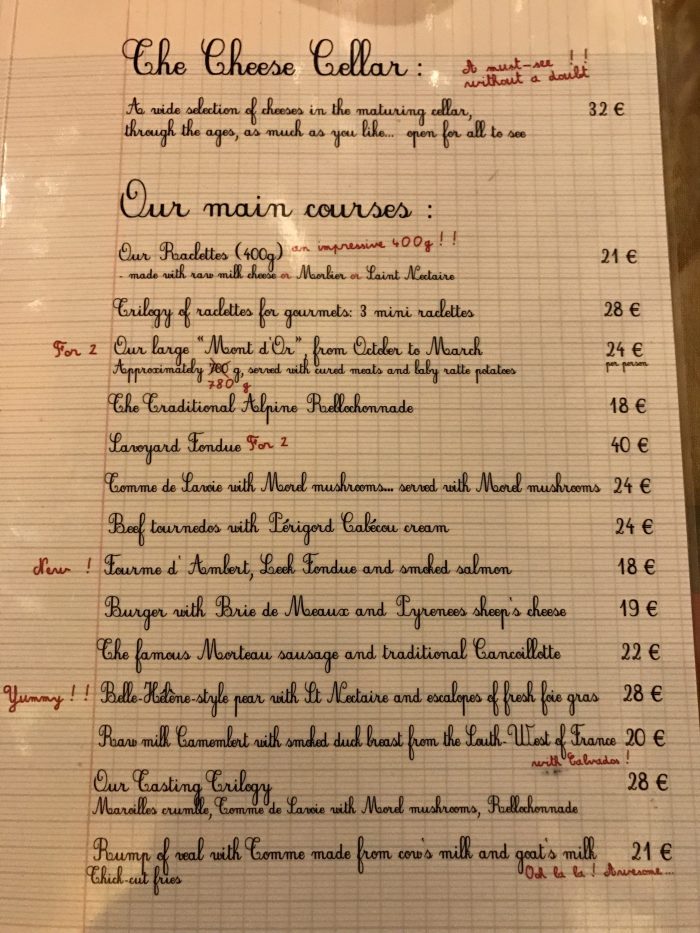 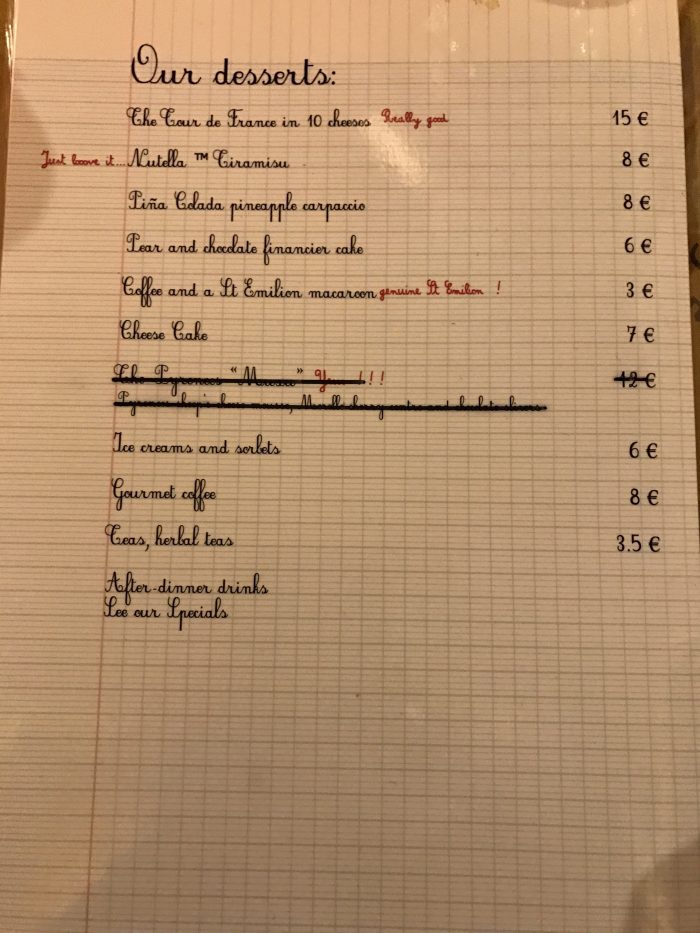 Not one to back down from a challenge, I opted for the all-you-can-eat cheese. To wash it down, I ordered a glass of Chateau Le Fleur Haut Moulin 2009. You can’t have cheese and not pair it with Bordeaux wine. So you’re not just eating large amounts of cheese, the meal also comes with bread & salad. 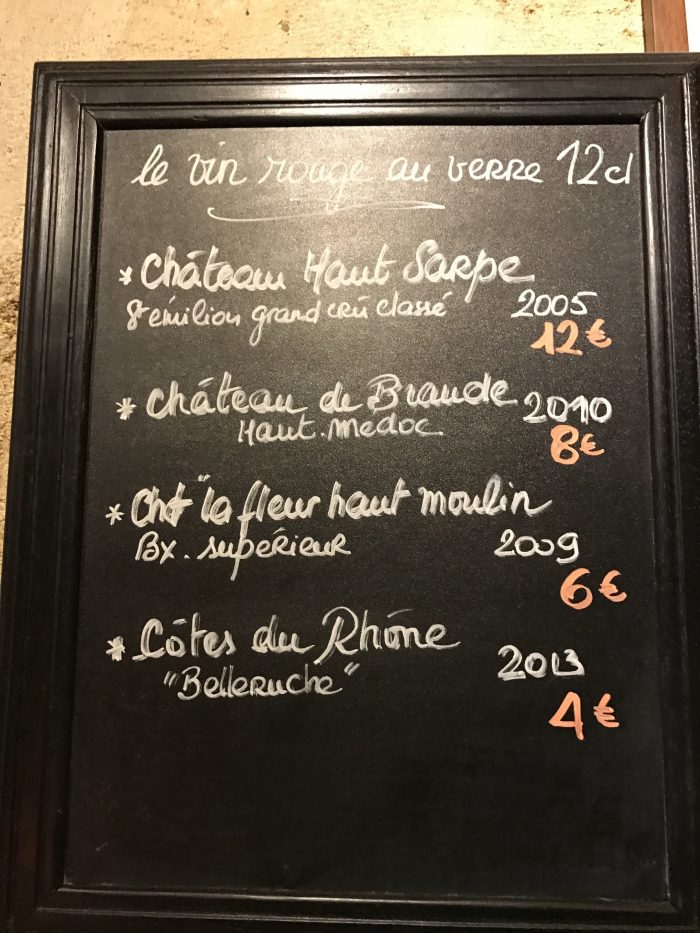 The waiter then led me down to the cellar. If anyone tells you that heaven is up above, this is proof that they are wrong. It is below you in a cellar in Bordeaux, filled with cheese. 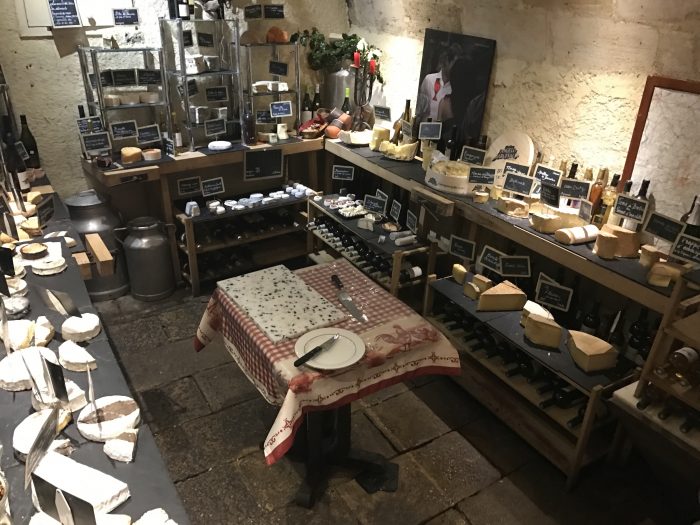 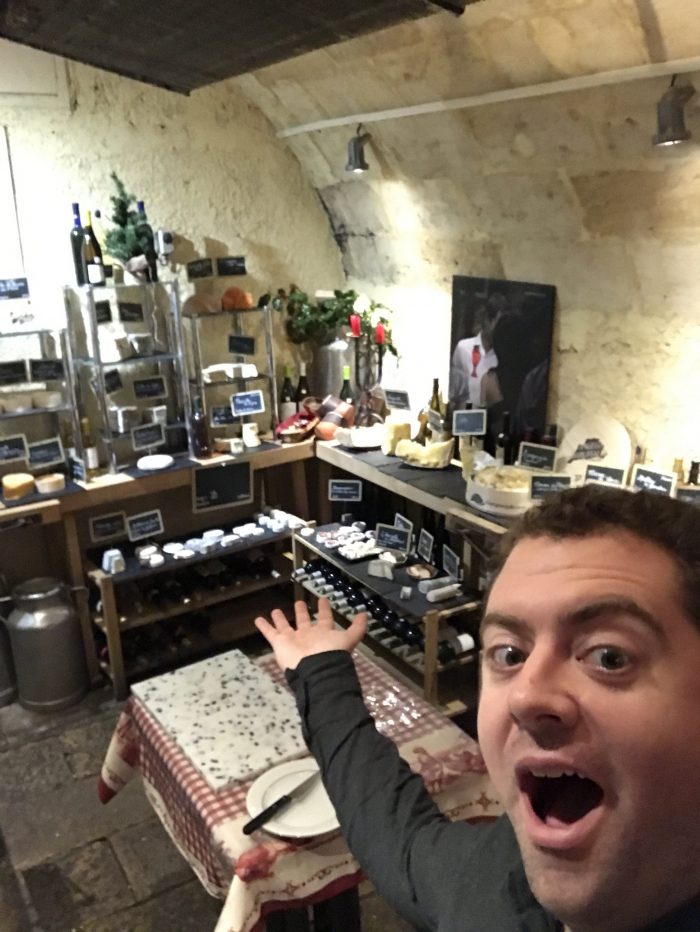 After walking around & seeing what was offered, I began to fill my plate. I focused on aged, rich cheeses, especially ones that looked like cheese I might not see back home or elsewhere. 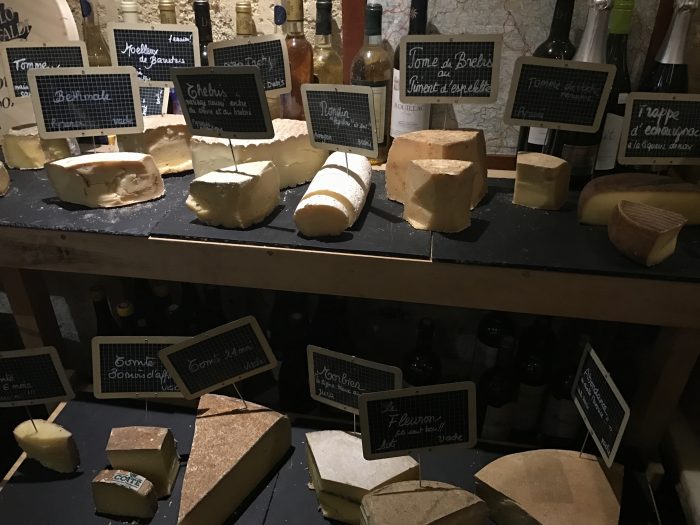 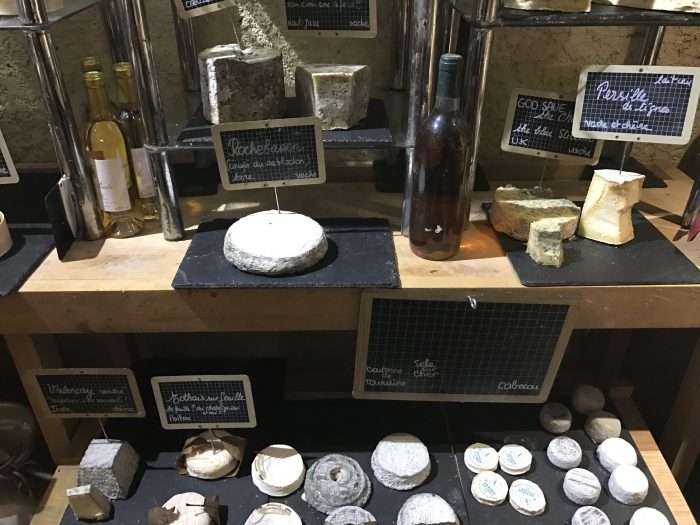 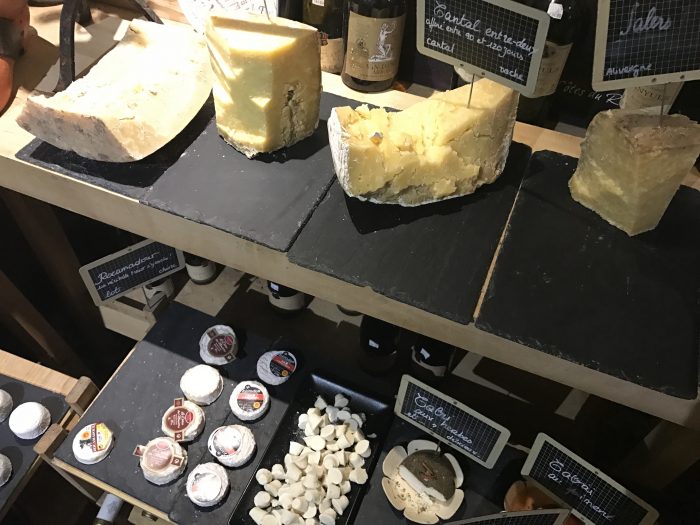 Finally, I headed back upstairs with my haul. The plate might not look pretty, but there are about 20 different cheeses here. Presentation is not my strong suit, and I was starving by this point. 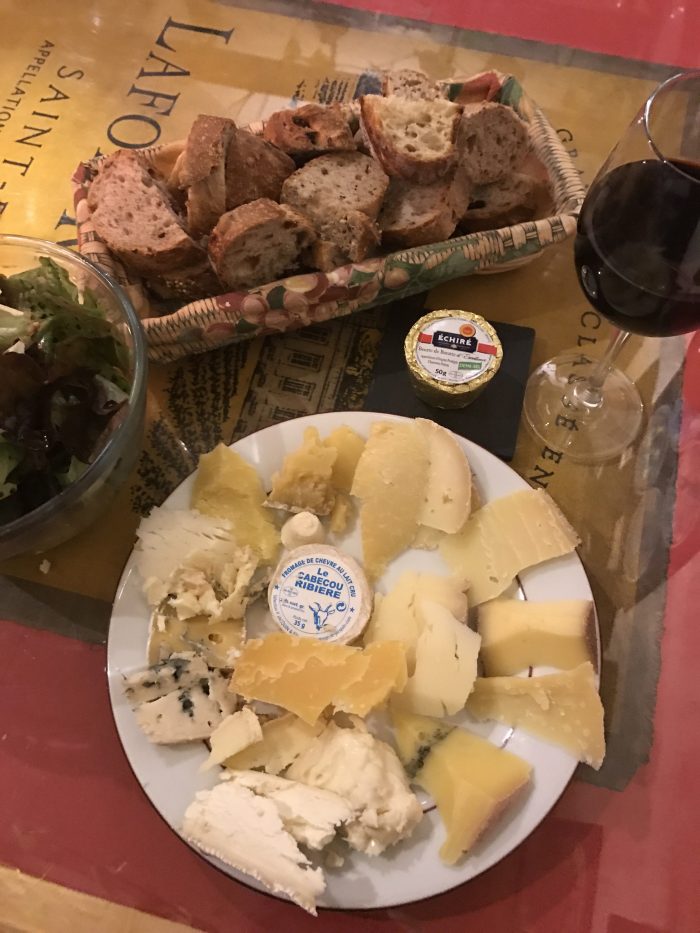 Had I taken some better notes, I’d be able to say which cheeses were my favorite. I was too concerned with eating delicious cheese. There were a couple that weren’t quite to my taste, but overall the selection at Baud et Millet was fantastic. Even if some styles aren’t to your liking, there are plenty of other options.

And here was the big surprise. I expected to go back down stairs for another full plate, instead… I was done. Content with the 20 or so samples I’d had, plus the bread, salad, and a couple of glasses of wine, I decided to call it a night. Maybe I could have had more if I hadn’t had so much bread, but it’s necessary with many of the strong cheeses.

Baud et Millet’s all-you-can-eat cheese cellar potentially pushes you to want to have even more, but leaving comfortably had its own appeal, even if I probably let my country down by not having multiple plates. It’s let me down plenty of times as well.

I estimate that if I had a half ounce to an ounce of each cheese, that’s still about a pound total. In hindsight, that’s a crazy amount of cheese to have in one meal, but sometimes you have to treat yourself. It’s more than you’d pay in a cheese shop, but it’s nice a nice way to get to try so many different cheeses, especially unpasteurized ones you won’t find elsewhere.

Service was friendly, though as tends to be the case in Europe, a bit sporadic. There were only a couple of servers for the 2 floors. It was a cold night, but Baud et Millet is a warm place both in temperature & atmosphere that I highly recommend. If you’re not as adventurous as I was, the daytime deal seems especially good. One thing I noticed is that only a few other patrons did the cheese cellar. I take this to mean the rest of the menu and other offerings are also good, but how can you go wrong with cheese?

If you’re a cheese fanatic, a visit to Baud et Millet in Bordeaux, France should be at the top of your list. The selection of cheeses available rivals that of any quality cheese shop, and having the freedom to gorge on as much as you want of any of them is the grown-up equivalent of being let loose in a candy shop.