The final leg of my long journey from Helsinki to San Francisco was from Dallas-Fort Worth on a Boeing A321S. The plane is also listed as a 32B sometimes.

The interior of the plane was very new. It even had a bit of a “new plane” smell to it. The leather seats in first class were very comfortable, and there were power ports at every seat.

For me, the star of the seat was the large touchscreen. 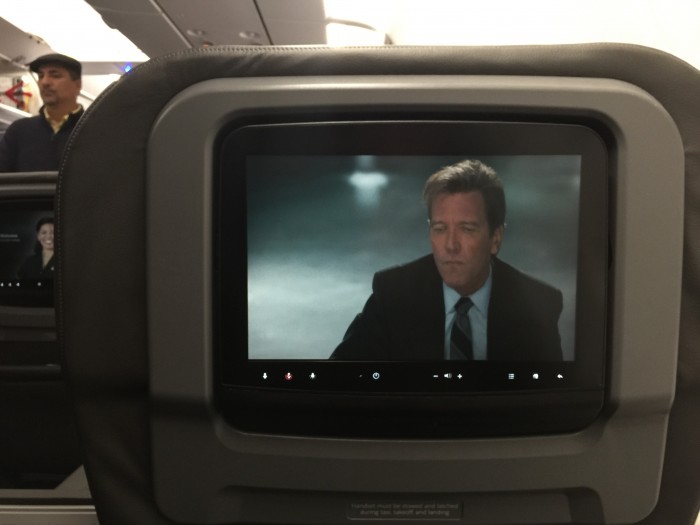 Give me a comfortable seat and a large screen with lots of inflight entertainment, and I will be happy. This is a major upgrade from American planes that have no inflight entertainment screens at all, such as the former USAirways planes. Also, unlike my previous flight, this flight actually had October’s inflight movies, so I had new things to watch. I watched Ant Man and Amy, which were both excellent.

When it came time for the dinner service, the flight attendant asked if I wanted chicken or pasta. I went for the pasta. I became very confused when my “pasta” was served with rice and beans. 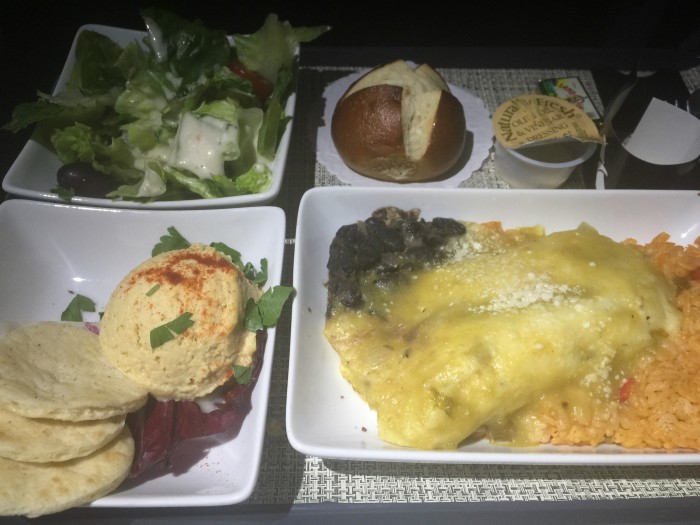 It turns out that the meal wasn’t pasta at all, but rather a tamale. Apparently, the flight attendant thought that tamales were a type of pasta. For what it’s worth, it was actually a pretty solid tamale!

Thanks to starting the first movie before we took off, we landed in San Francisco just as I was finishing up Amy. It was a very long day of travel, but finally I was back home.