After spending two months exploring Europe, it was time to head home. I traveled back home on American Airlines in Business Class on an Airbus A330 from London Heathrow to Philadelphia, then onward to San Francisco. 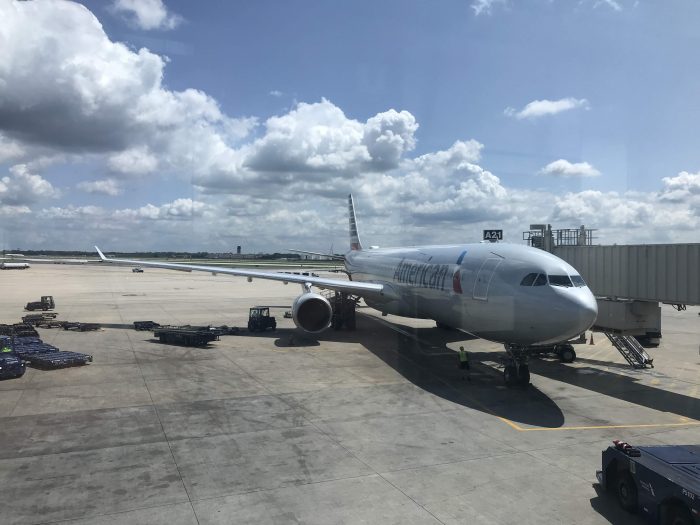 I’ve flown on this flight between London Heathrow & Philadelphia many times, dating back to when these planes belonged to US Airways, and each winter, there were fantastic business class mileage redemptions to Europe. Those days are long gone, but the American business class award chart between Europe & North America still isn’t bad provided you can find saver space. The one way ticket cost 57,500 miles, plus $288.31 thanks to exorbitant taxes on departures from London. I could have perhaps found a connection from elsewhere in Europe, but since I was already in London, that would have been a hassle.

Terminal 3 at Heathrow has a ton of lounge options if you’re flying in Business Class on a Oneworld Alliance flight (or if you have the appropriate level of status). My favorite Heathrow Terminal 3 lounge is the Cathay Pacific Lounge, but I have also visited the British Airways, American, & Qantas lounges. Priority Pass holders can access the No. 1 Traveler Lounge.

After spending some time in the lounges, I headed to the gate. Boarding started on time.

The Business Class cabin on American’s A330-300s is in a 1-2-1 reverse herringbone pattern. It’s one of the best business class seating layouts, giving plenty of privacy (especially if you are at one of the aisle seats). 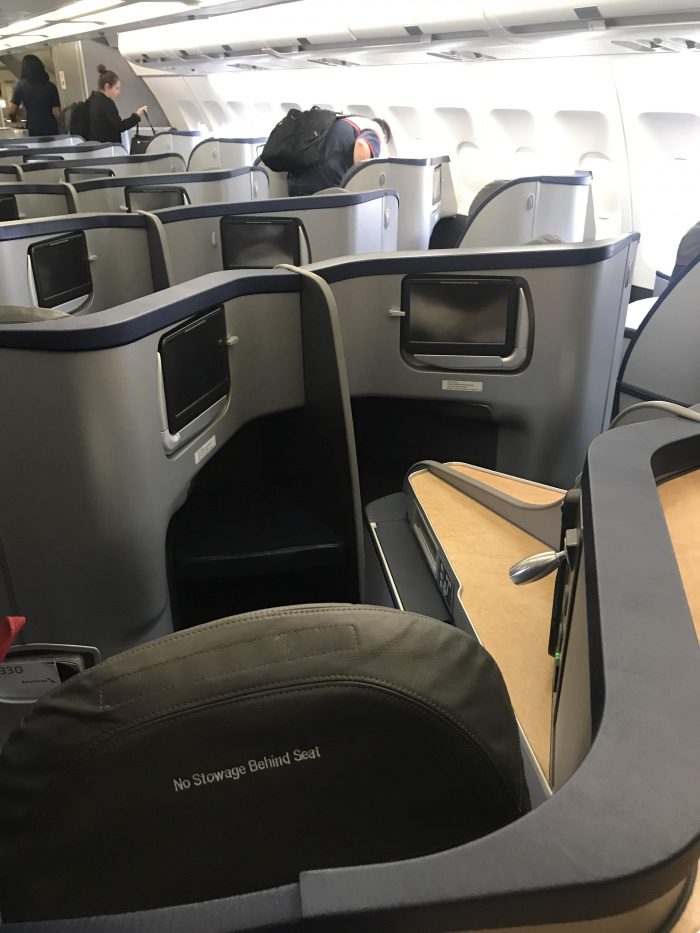 That said, the cabins are starting to show their age. I recall them back when they seemed much newer, but now they feel dated. American was due to retire the A330-300s in 2018, but they will now be around through at least 2020. 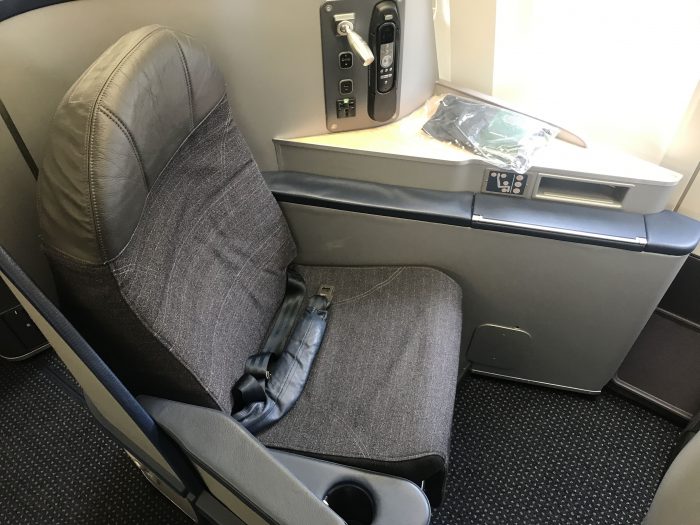 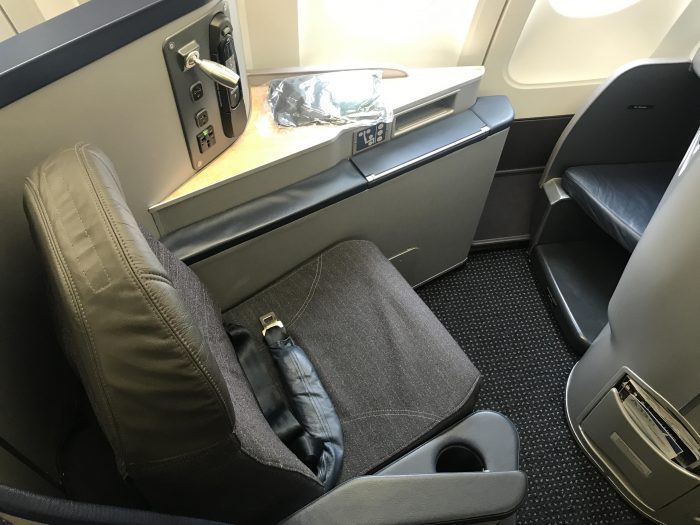 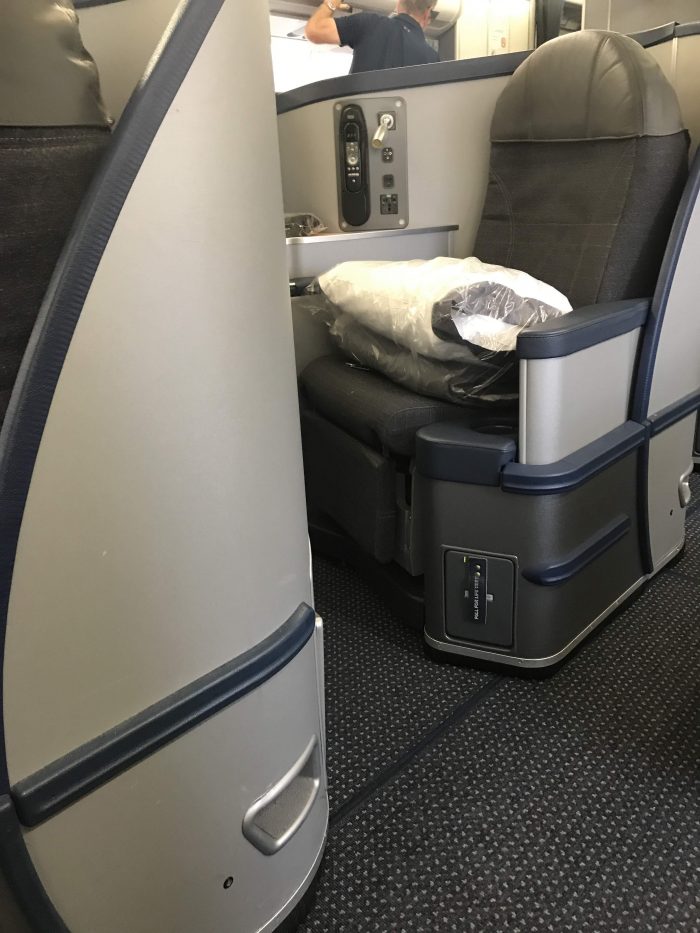 As I got myself situated, I realized the seat has pretty poor storage compared to other, newer business class seats of a similar variety. There was no water bottle at the seat, unlike some times when I’ve flown on business class on American. Water bottles were distributed about 30 minutes after takeoff. 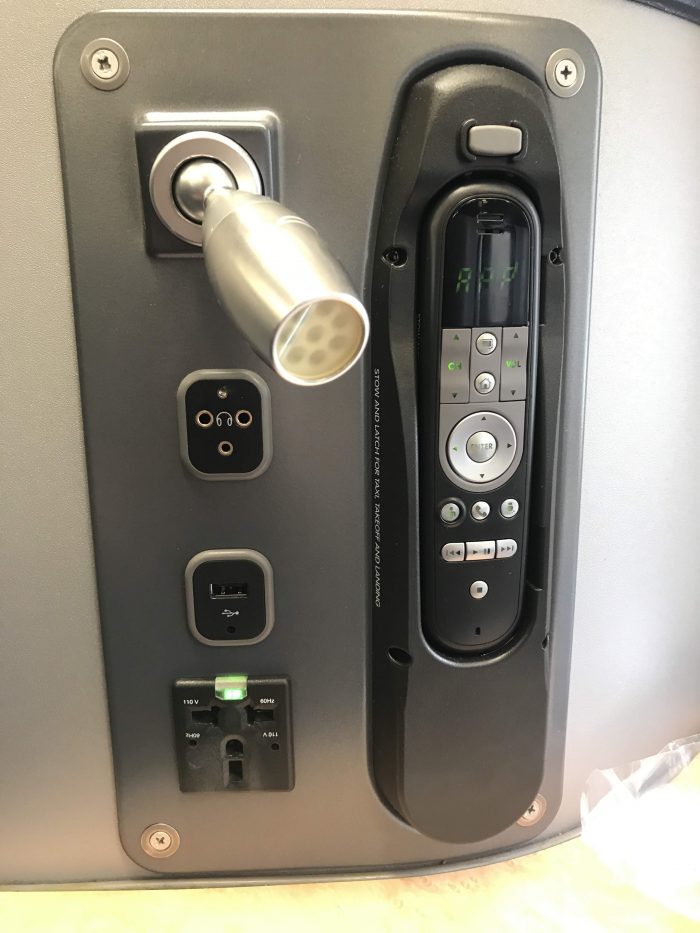 There was a Cole Haan amenity kit at the seat, with all the usual contents. The kit was in a drawstring bag, which is different. Some might find that more or less useful .than a typical zipped pouch. 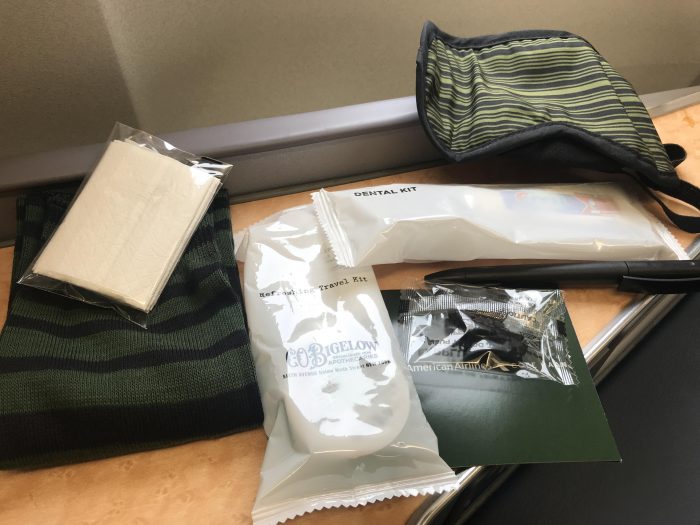 Before departure, the flight attendants circulated with sparkling wine and orange juice. 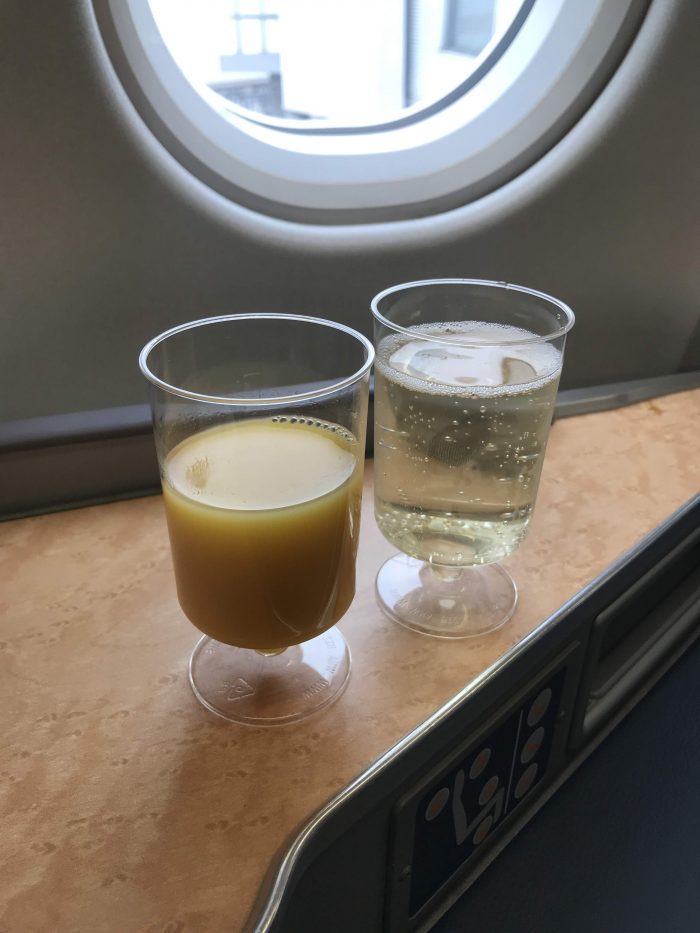 I did my usual pro move of combining the two in order to have two mimosas. 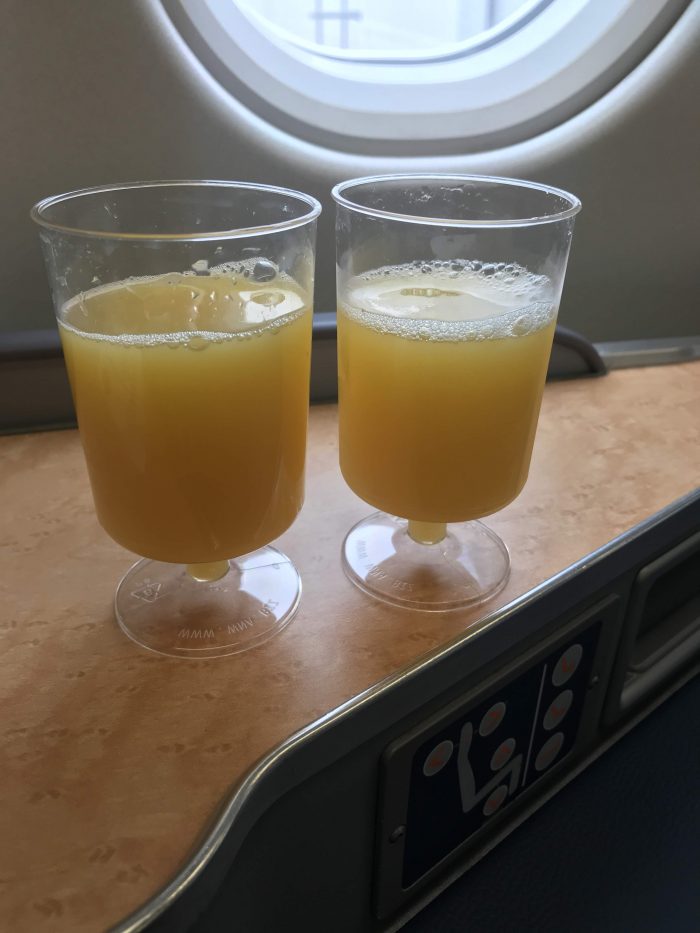 The flight time from London Heathrow to Philadelphia was 7 hours and 34 minutes. We pushed back about 15 minutes late, but we were otherwise on schedule.

Bose headphones were also passed out prior to departure. The movie selection was quite good on this flight (which was back in August 2018). Both the latest Avengers movie & Black Panther were available, though I had seen both. Instead, I watched Blockers, The Death of Stalin, Tully, & Ready Player One.

A little while after departure, I noticed this bug on my window. I hoped that it had brought its passport. 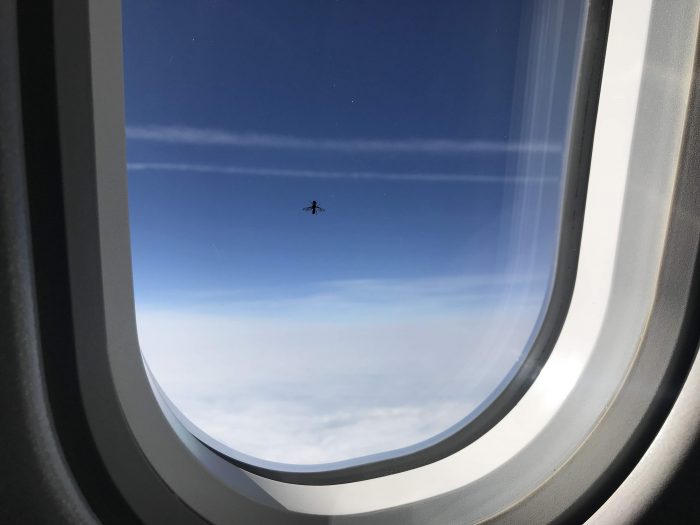 Here are the American business class menus for the flight from London to Philadelphia: 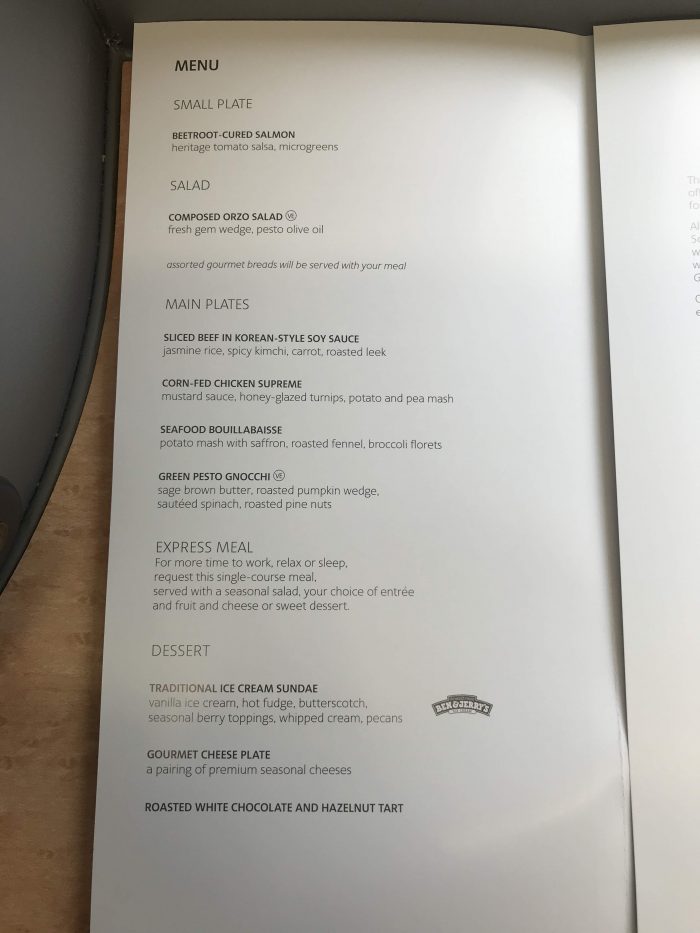 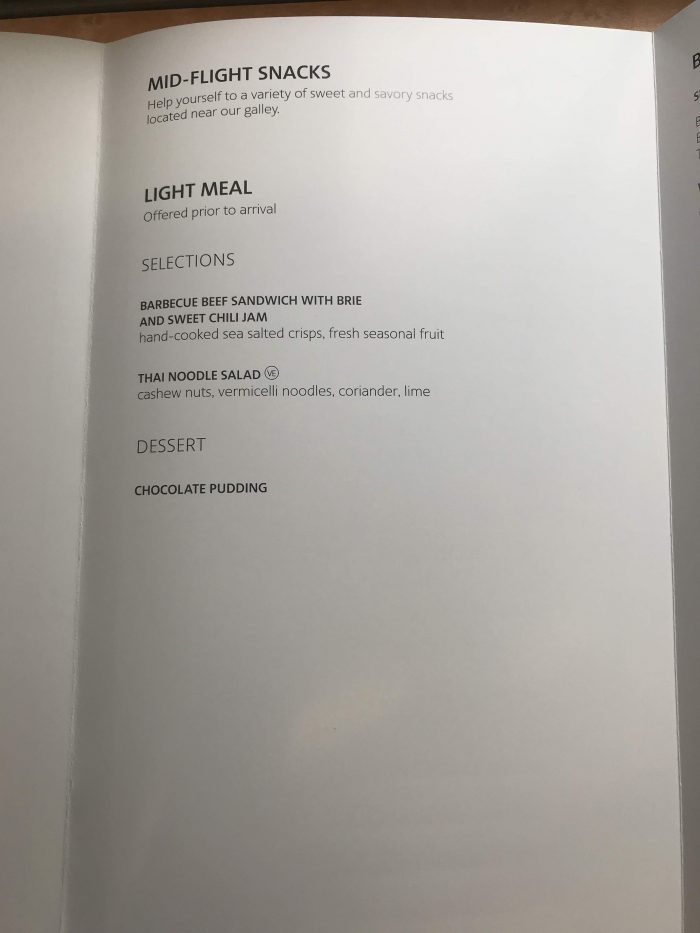 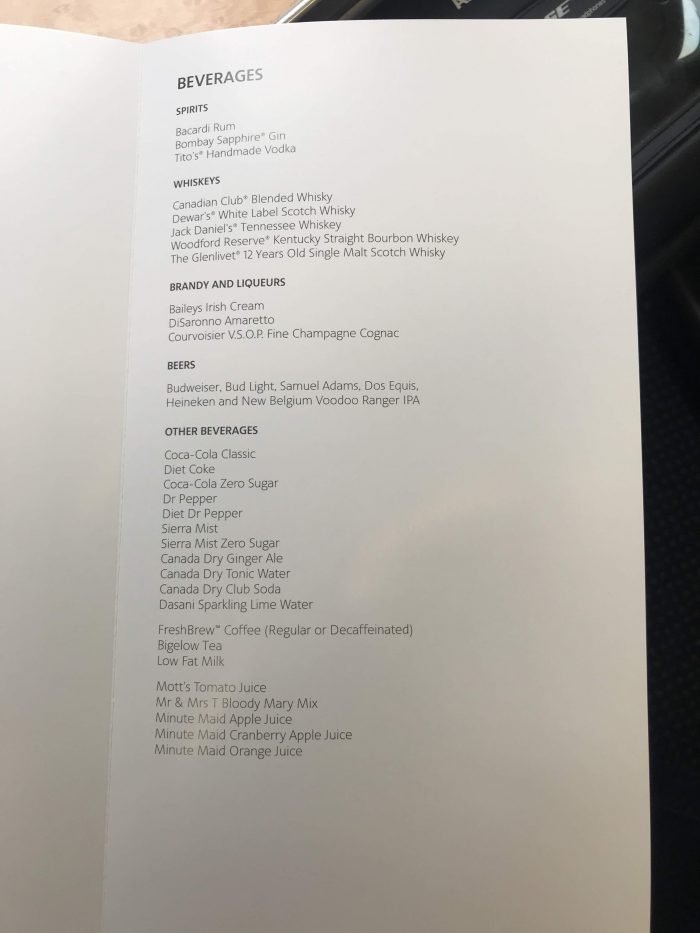 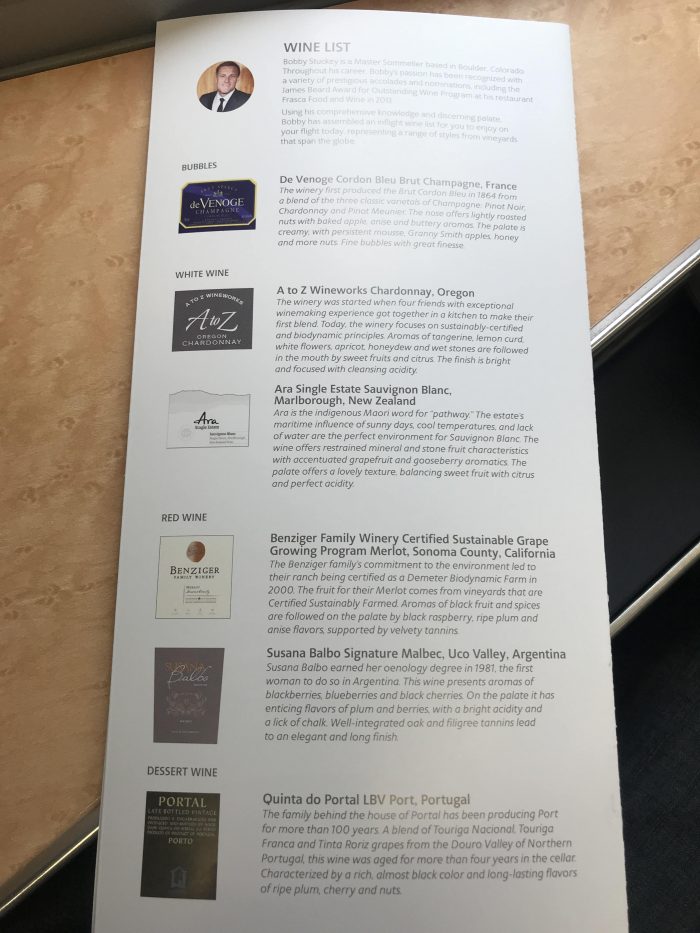 After warm nuts & drinks, the meal started with an appetizer of beetroot-cured salmon & orzo salad. Both were unique & quite good. 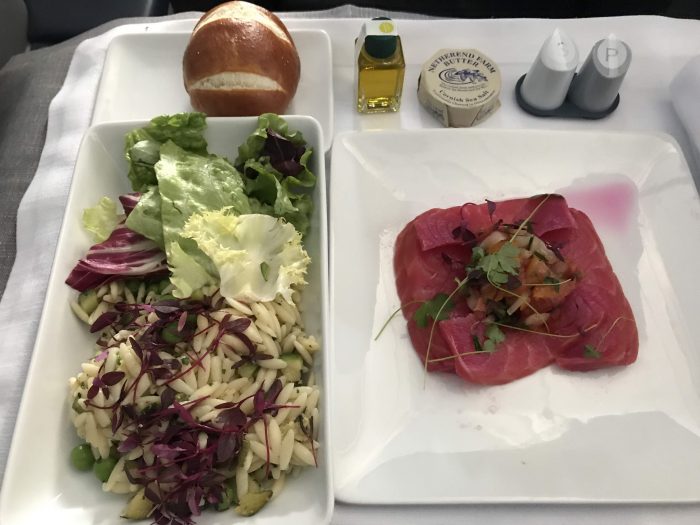 I had the pesto gnocchi since I love both pesto & gnocchi. Despite the appearance, which looked more like balls of mashed potatoes, it actually wasn’t bad. 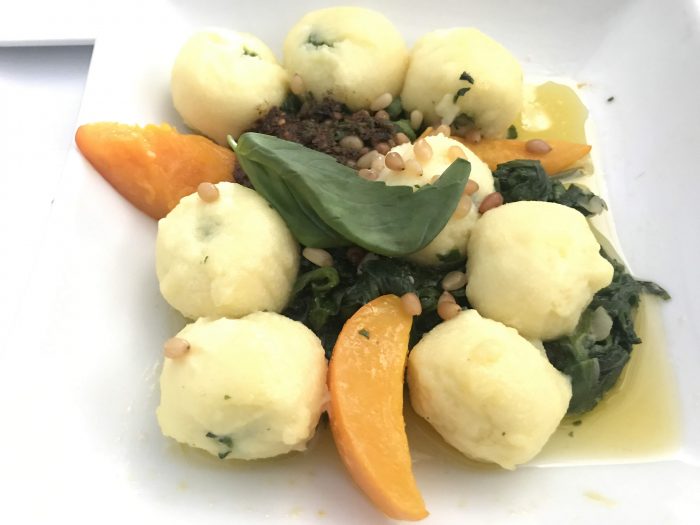 For dessert, I had a Ben & Jerry’s ice cream sundae and a glass of port. 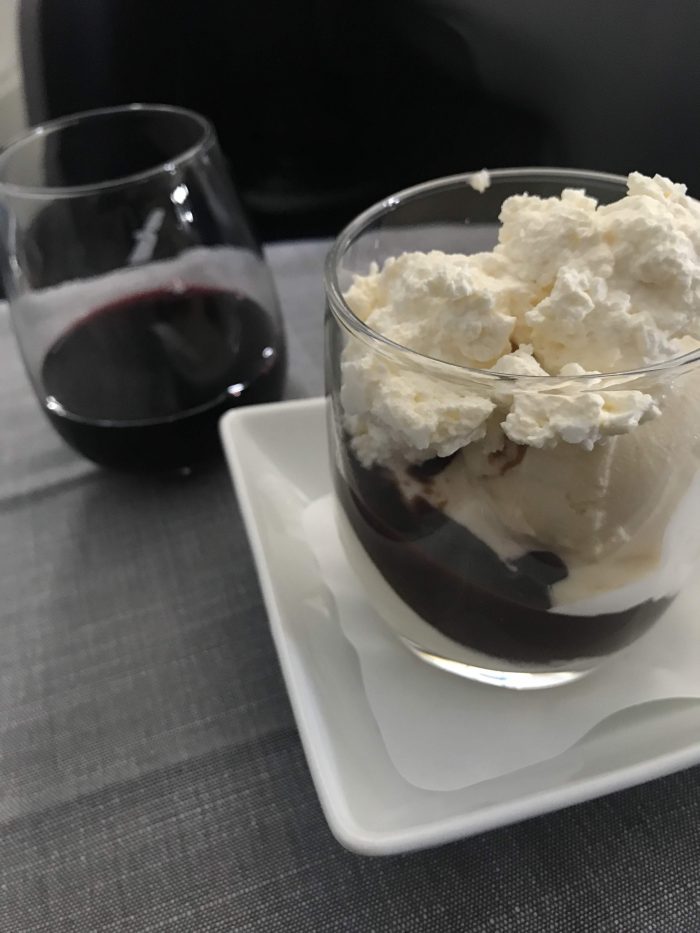 The port was already on the cart, which was cool to see. Usually I have to ask for it, and they end up opening a new bottle. Not only was it on the cart, but other passengers were having it as well.

Later in the flight, there was a second light meal service. I had the Thai noodle salad. It was ok, though there could have been more noodles in it, especially given how noodles aren’t exactly expensive. 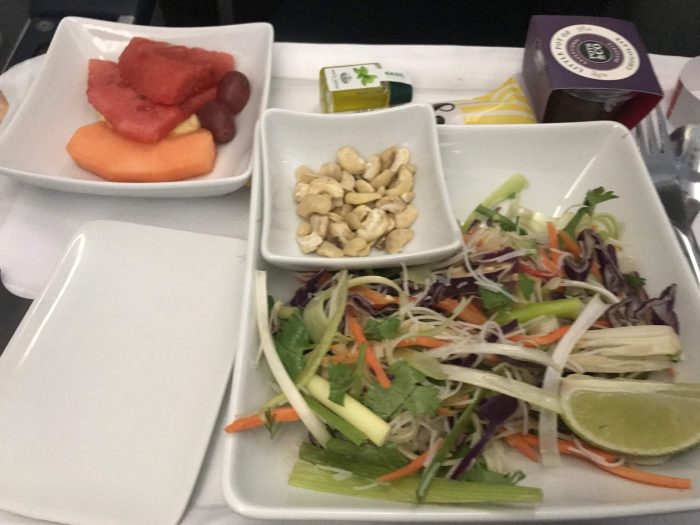 The rest of the flight was smooth & uneventful. Service throughout was solid. It might not be as spectacular as on some other airlines, but American’s business class service on this flight was nothing to complain about.

We landed in Philadelphia on time, where I then hung out in the Terminal A Admirals Club until my final flight home.

American Airlines’ Business Class on their A330s might not be the flashiest seat, or most amazing service, but it’s perfectly passable. The cabins could certainly use a bit of a refresh (which won’t happen, as mentioned above), but compared to other layouts, the cabin is still better than many other airlines, and the food & service were decent.