While Jongmyo Shrine is not one of the Five Grand Palaces of Seoul, it was still a very important site of the Joseon Dynasty. It serves as a shrine for deceased members of royalty.  Jongmyo is located not far from Changdeokgung Palace. Like the many of the palaces, Jongmyo Shrine is situated in a park-like area with lots of trees.

Jongmyo Shrine is in central Seoul, not far from Jongno-3-ga subway station. This area has a lot of street food. It was here that I fell in love with these fried egg-pancake combo things. I didn’t know what they were called at the time, but I’ve since learned that this Korean Egg Bread is called gyeran-bbang, and it is delicious. 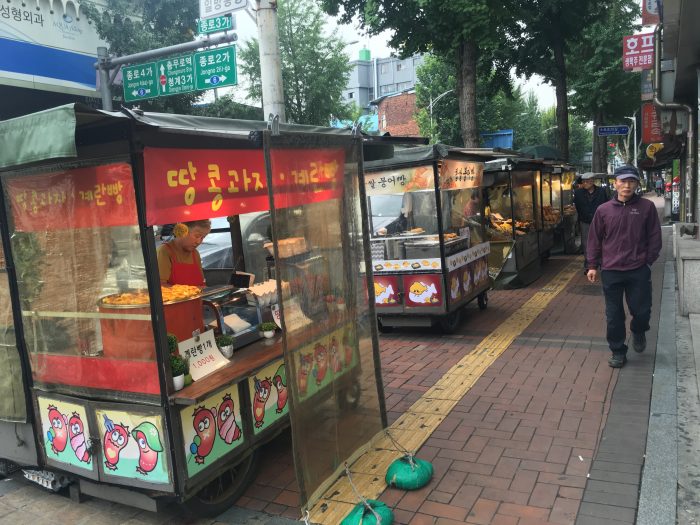 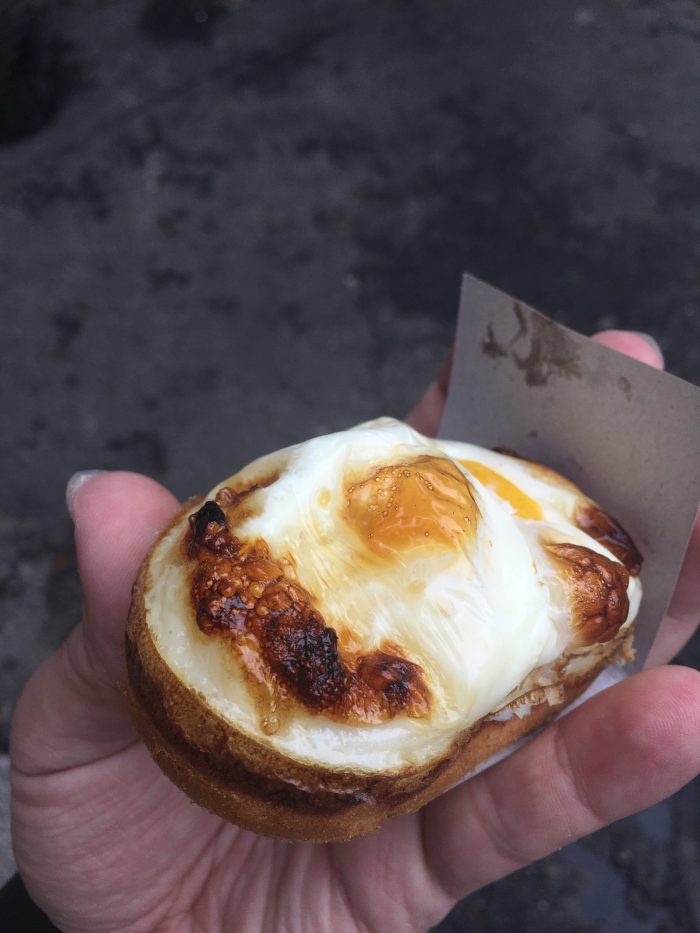 Usually, only guided tours can access Jongmyo Shrine. However, thanks to it being the last Wednesday of the month, access was free for a Culture Day. This is also the case on Saturdays. While it was nice to be able to enter without having a reservation, you would get additional background from a guided tour, so I recommend planning ahead. 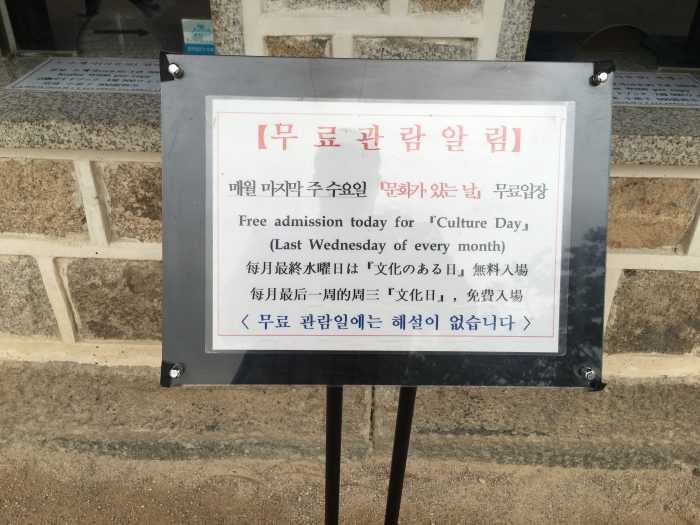 Due to its important cultural history, Jongmyo Shrine is a UNESCO World Heritage Site. Jongmyo has been designated as such due to its preservation as the oldest royal Confucian shrine. While royalty once visited the shrine, today it is still used for cultural events. Several times a year, local groups perform rituals with songs & dancing. 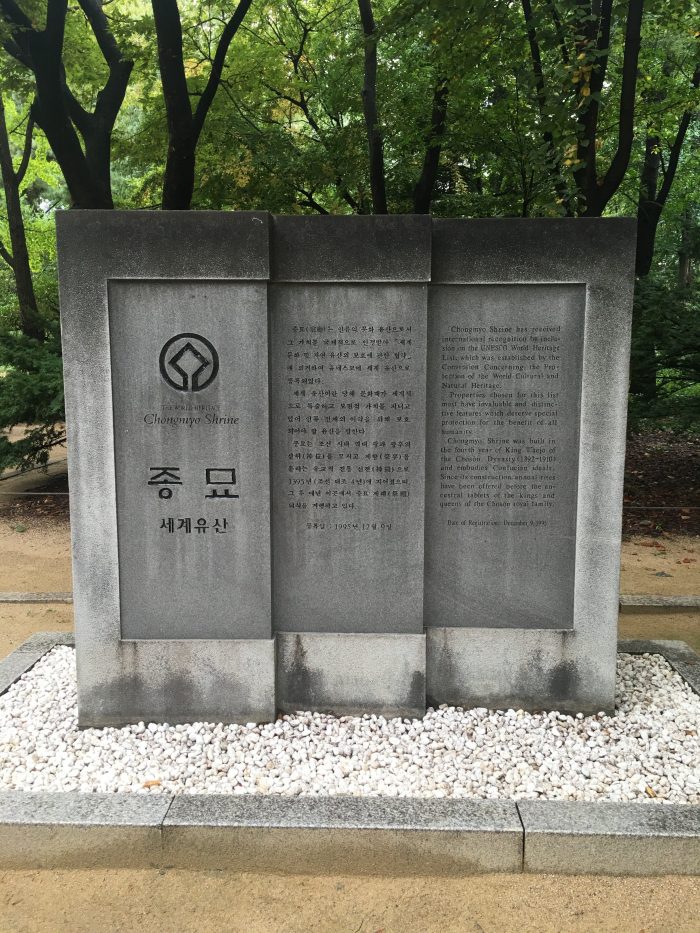 A lovely wooded park surrounds Jongmyo Shrine. Beware of the signs marking the stone pathway for the spirits, as these areas should be avoided in order to respect this religious monument. 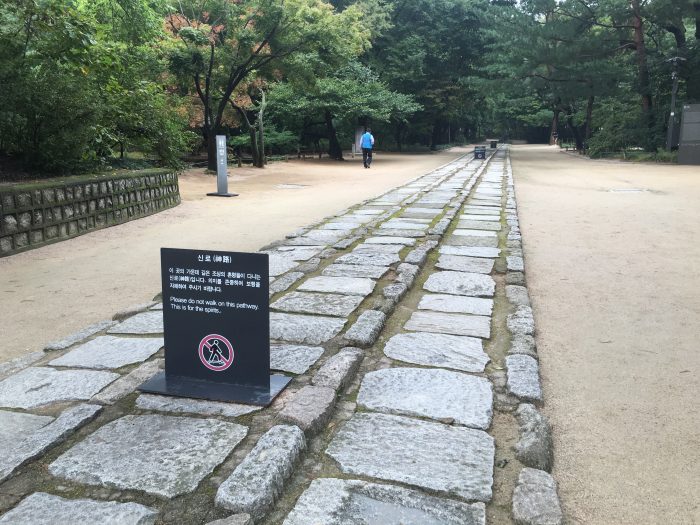 It was a cool, cloudy day, so it wasn’t great for photos. It was still nice, as it was quiet. 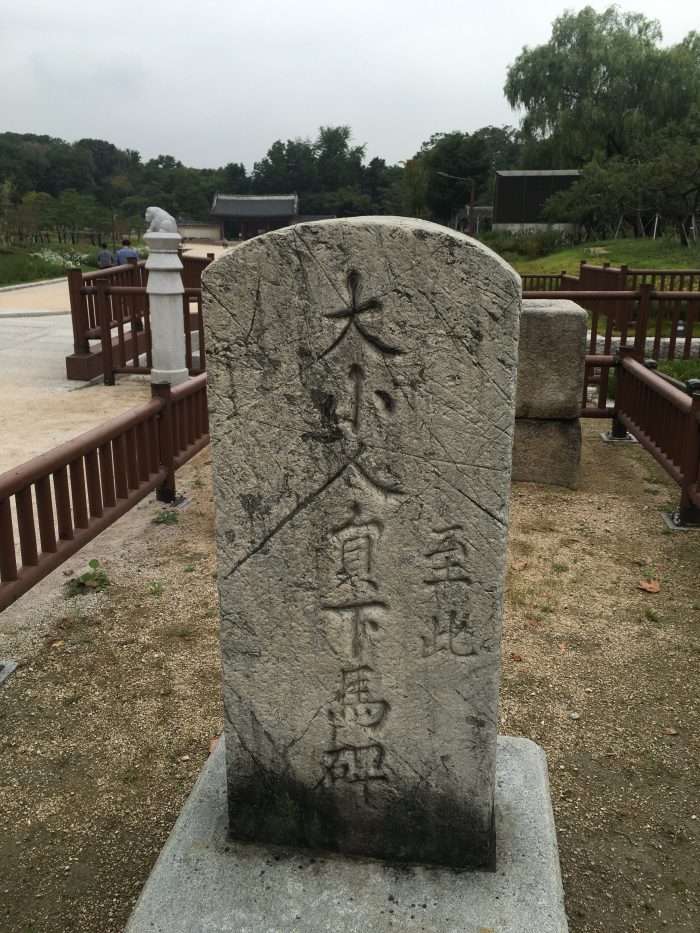 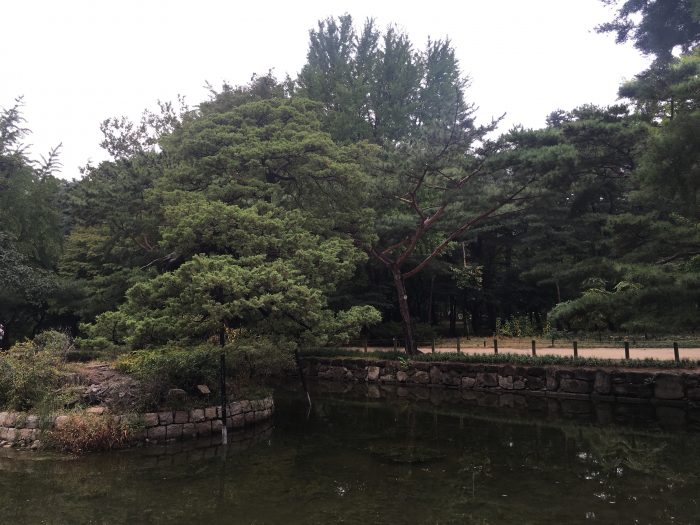 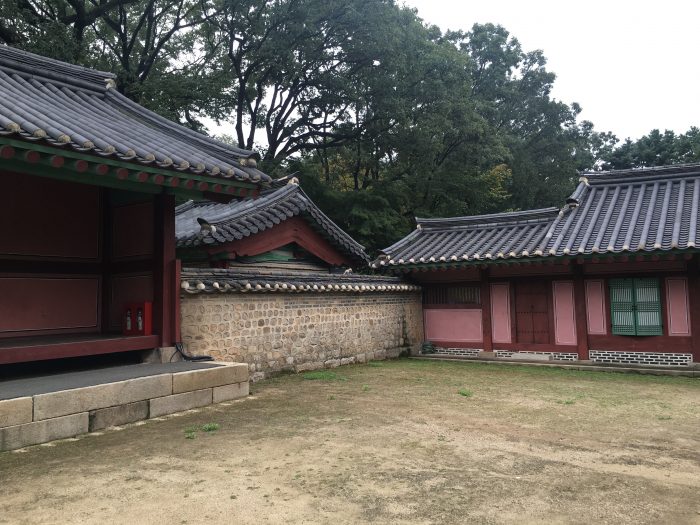 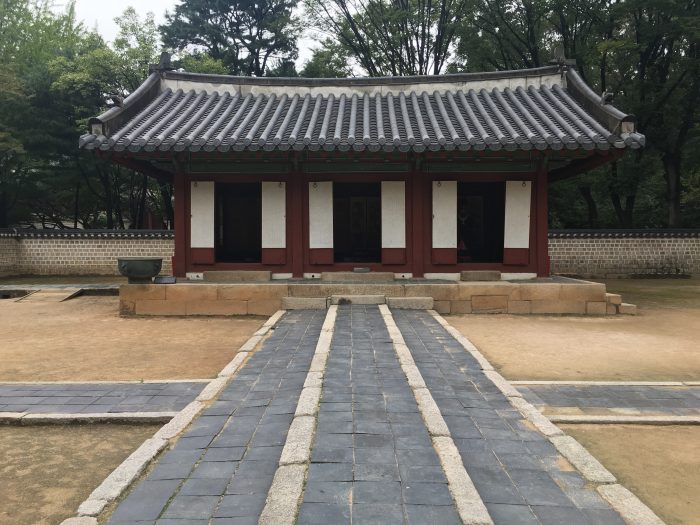 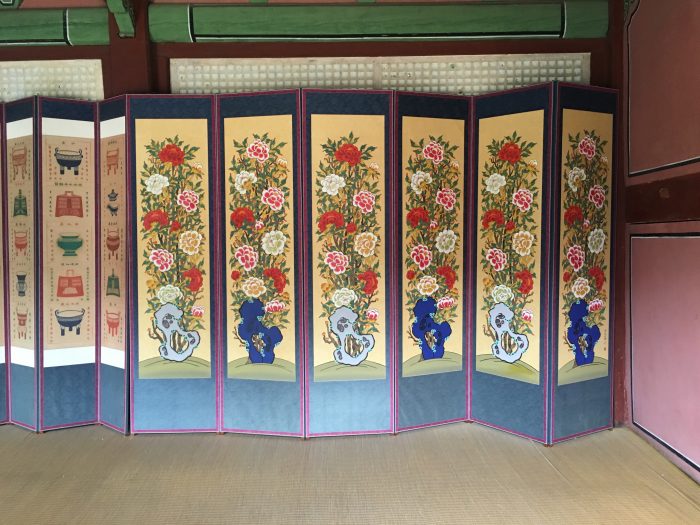 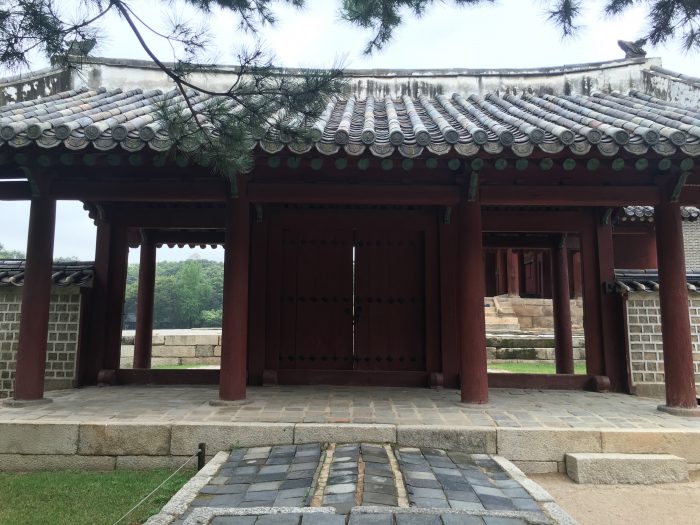 The focal point of Jongmyo Shrine is the long royal ancestral hall. At its creation in the 14th century, this was one of the longest buildings in Asia. While this original building from 1394, the current construction dates from 1601, making it one of the few key buildings in central Seoul that is not a recent reconstruction. 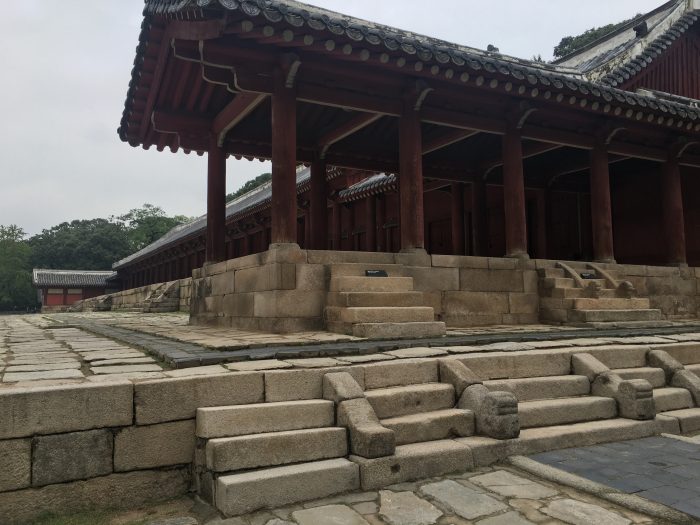 I had hoped to continue north directly to Changdeokgung Palace, which is just across the road, but there is no exit here. As a result, you have to double back to the entrance, then walk around the outside, through the surrounding neighborhood.

Jongmyo Shrine is a nice companion stop if you are visiting the Five Grand Palaces of Seoul, or if you’re looking for a quiet place to reflect away from the bustle of central Seoul.