Let’s face it, if you’ve gone to Porto to drink, you’ve gone there for one thing only: port. But if you’re tired of port tasting in Porto, the city also has a few good craft beer bars. Here are my favorite places to drink craft beer in Porto.

Catraio was one of my favorite craft beer bars in Porto. The bar had 12 taps of beer, all but 3 having Portuguese micros. 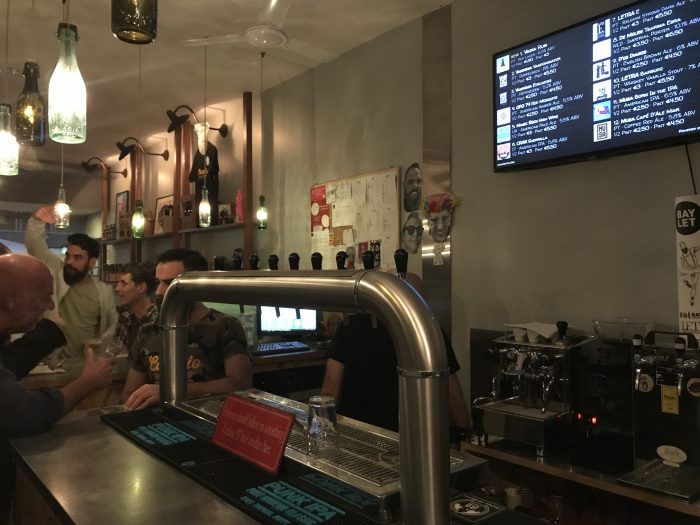 There were also hundreds of bottles available both to drink there as well as to take home, including a massive list from all over Portugal. If you’re looking to drink local, Catraio is the place to go. If you’re looking for something else, there is still also a solid selection from the U.K., U.S., and the rest of Europe. The music was mostly British, and right in line with my taste think Pulp, Joy Division, The Stone Roses, The Smiths, The Pixies, etc. There’s a front outside patio, but also a ton of space inside. 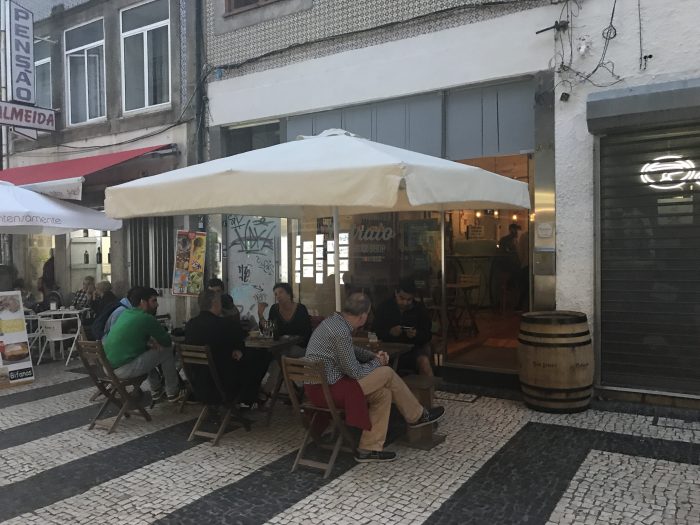 I love places like this that are truly dedicated to sharing the best local beer. They don’t just have a couple of breweries to say they are local they truly live it. The bar is run by beer nerds, and they’re proud of it. One of the bartenders even had a hop tattoo. I met the owners as well as some of the other staff, and they all helped me make a selection of Portuguese bottles to bring back to my Airbnb.

Letraria Craft Beer Garden is run by Cerveja Letra, the largest craft brewery near Porto. The brewery is located about an hour north of the city. The beer garden has a huge selection of beer, both their own as well as guest taps. There was space for 24 taps on the board, but 20 were on when I was there. 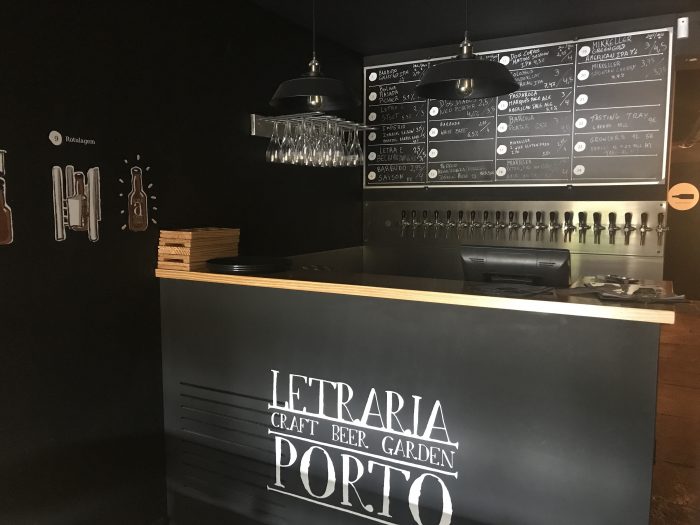 There are a lot of places around the world that call themselves a “beer garden”, but the actual garden part is lacking. That is not the case at Letraria. It’s the most beautiful beer garden I’ve ever seen. It was like drinking in a park. 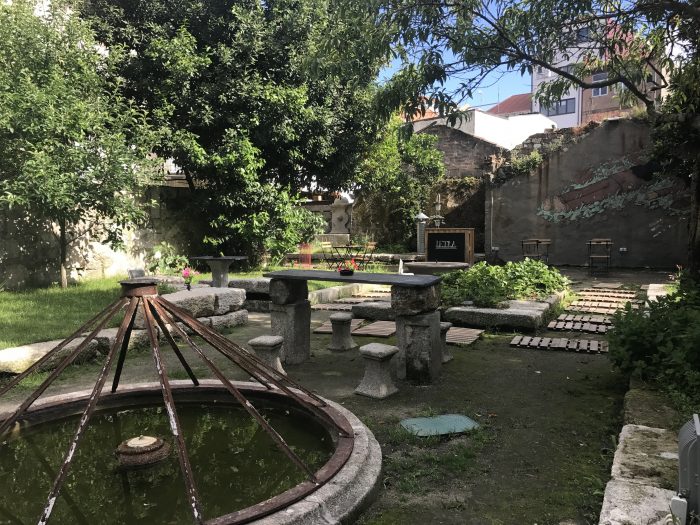 If you want to day drink in nice weather in Porto, Letraria Craft Beer Garden is the place to be. 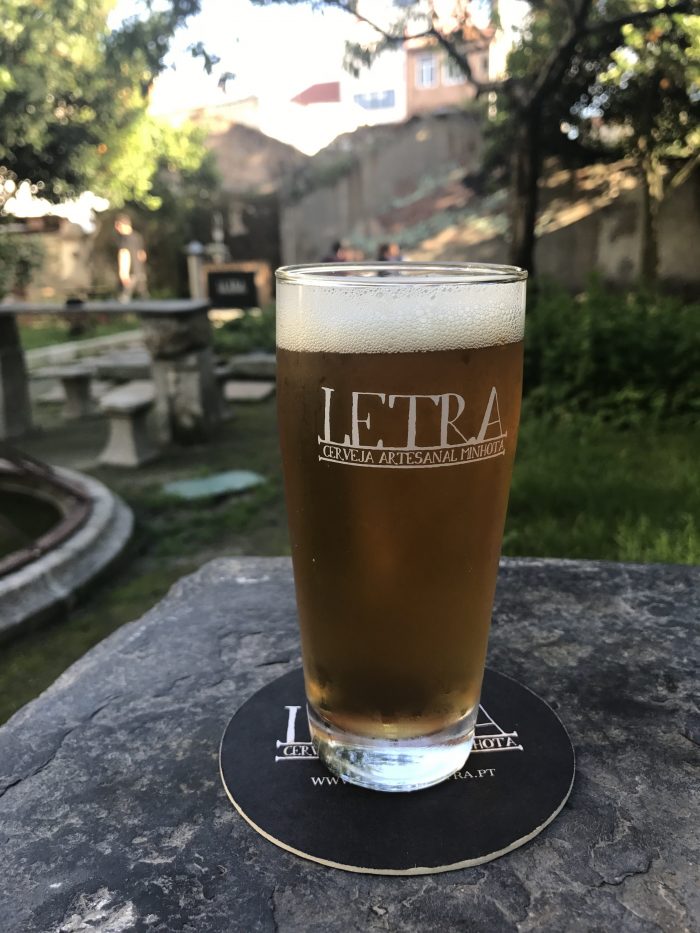 When I visited Porto in Spring 2017, Armazém da Cerveja had just recently opened. It’s on the same block as Letraria. The bar has 7 taps, 4 of which were Portuguese beers when I was there. 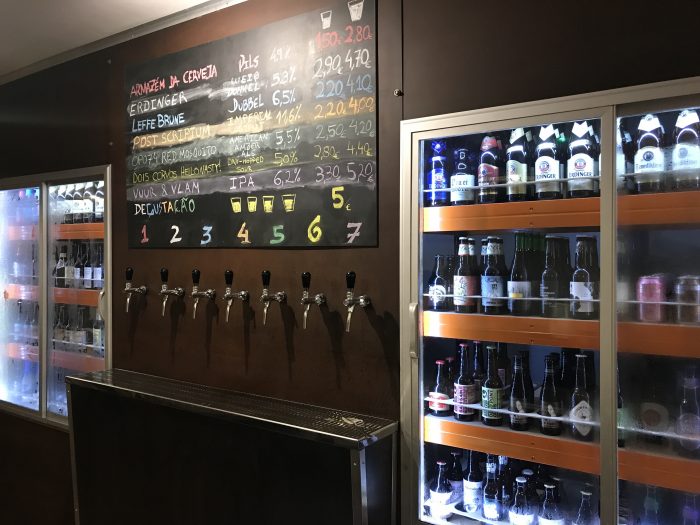 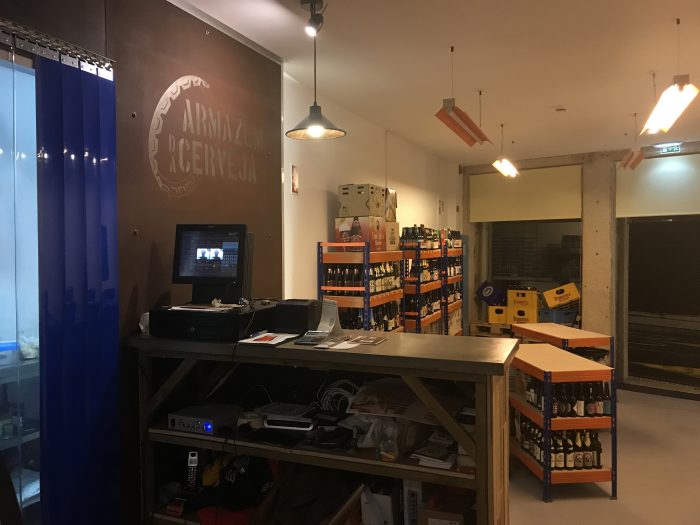 There was also a bottle selection of around 100 beers, including a mix from Portugal, the rest of Europe, and the United States. Bottles are available to take home as well as drink in the bar. The bar also has a back patio, which I didn’t visit since it was a rainy night.

Cervejaria do Carmo is located in one of the livelier areas of central Porto. The bar has 15 taps plus bottles, including local small breweries such as Post Scriptum, Opo74, and Beata. About half of the selection was local, while the rest were German & Belgian. The food menu consists of meat & cheese as well as sandwiches, or you can snack on the small thing of peanuts that comes with your beer. 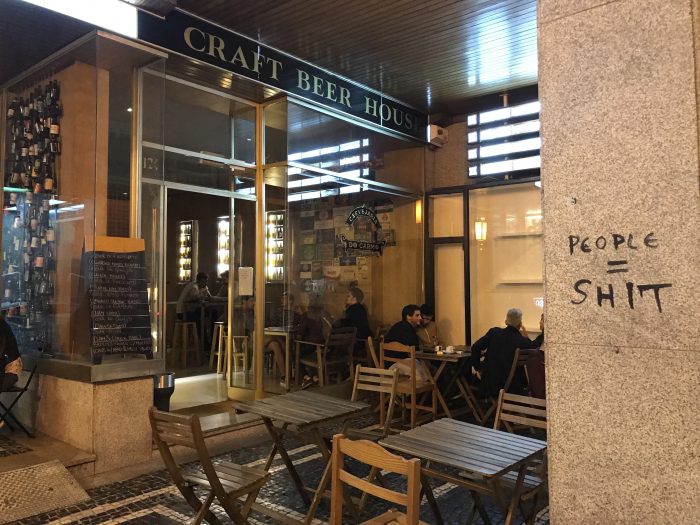 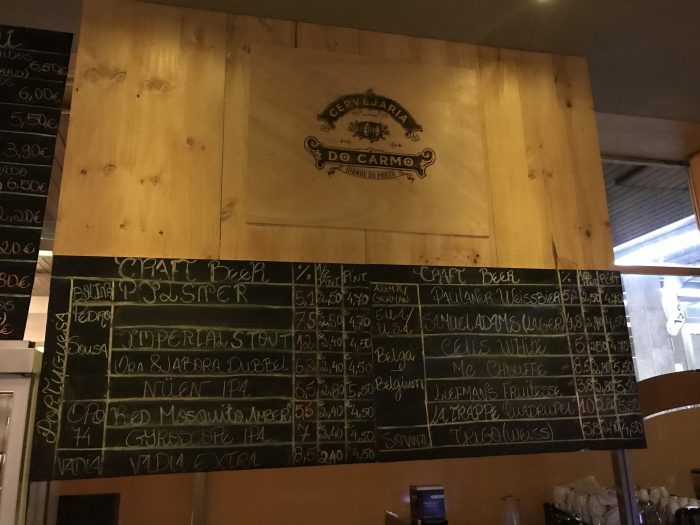 The street has a row of patio bars, so you can sit outside and enjoy the fresh air (when the smokers aren’t around), along with a view of the beautiful blue & white wall of the Igreja do Carmo. 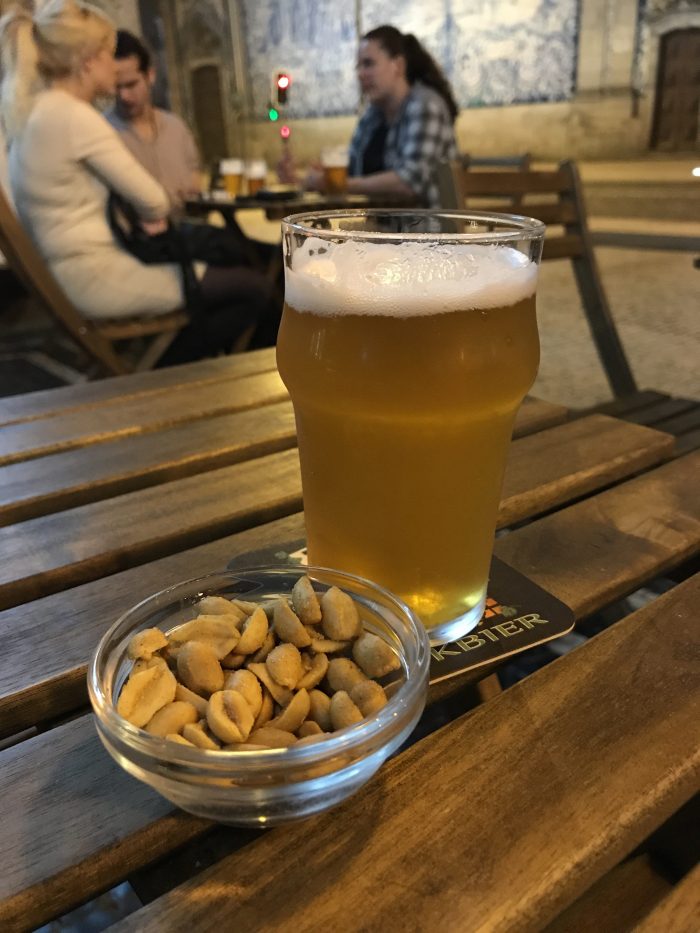 Cervejaria Gazela is not a craft beer bar, but it merits a mention anyway since it is still a beer bar, with a particular specialty. Gazela is famous for their cachorrinhos, which are hot dogs with cheese & a spicy sauce. They’re an absolute must in Porto, paired with a cold Super Bock. There’s a time and a place to drink a macro beer, and this is it. 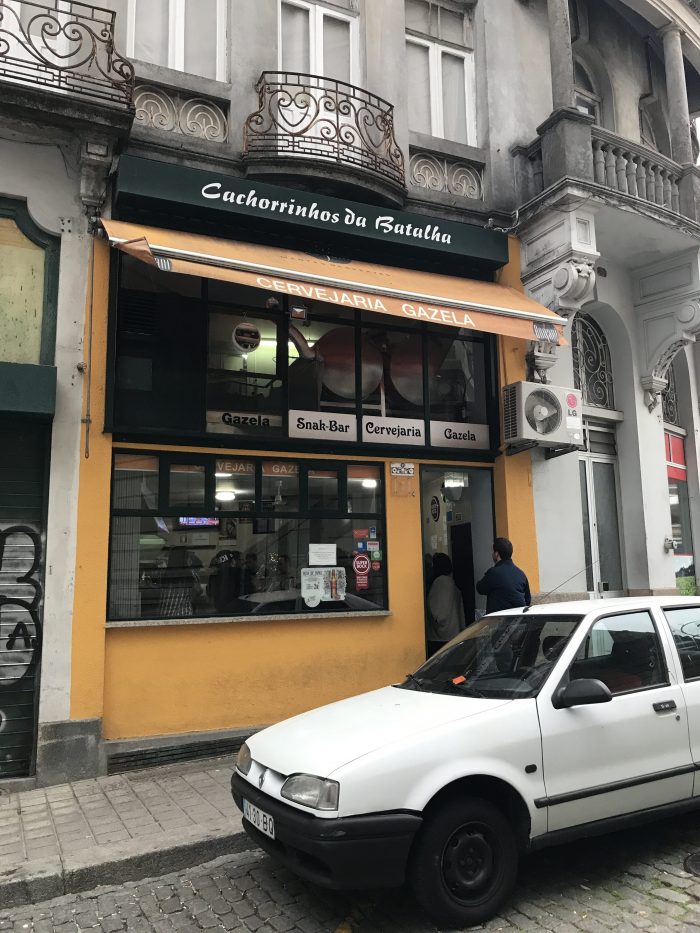 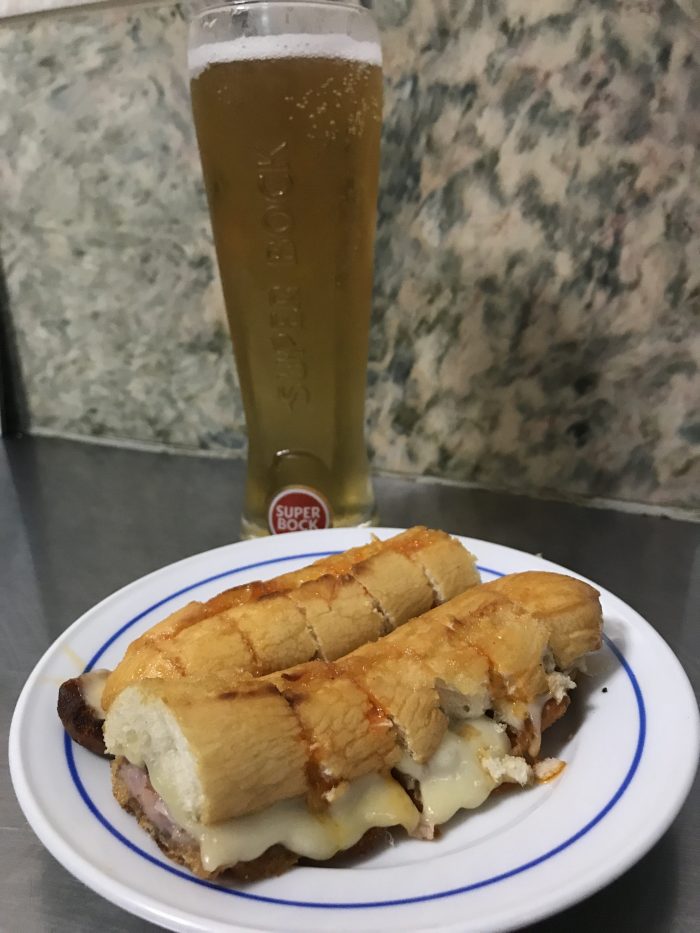 If Anthony Bourdain, Rick Steves, & I (yeah, yeah, I know) have visited a place & recommend it, it must be good. For the record, Bourdain visited before I did, but the episode didn’t air until I came back. I actually found out about it on my own & not through either of them.

This brings me to my final entry on my list of places for craft beer in Porto, A Fabrica da Picaria. It’s located in the northern part of central Porto, so it’s a bit uphill. But everything in Porto is uphill.

The bar has 5 taps of a basic range of beer, in a modern, clean setting. There’s a small back patio, which was nice, even if it was in the shade. 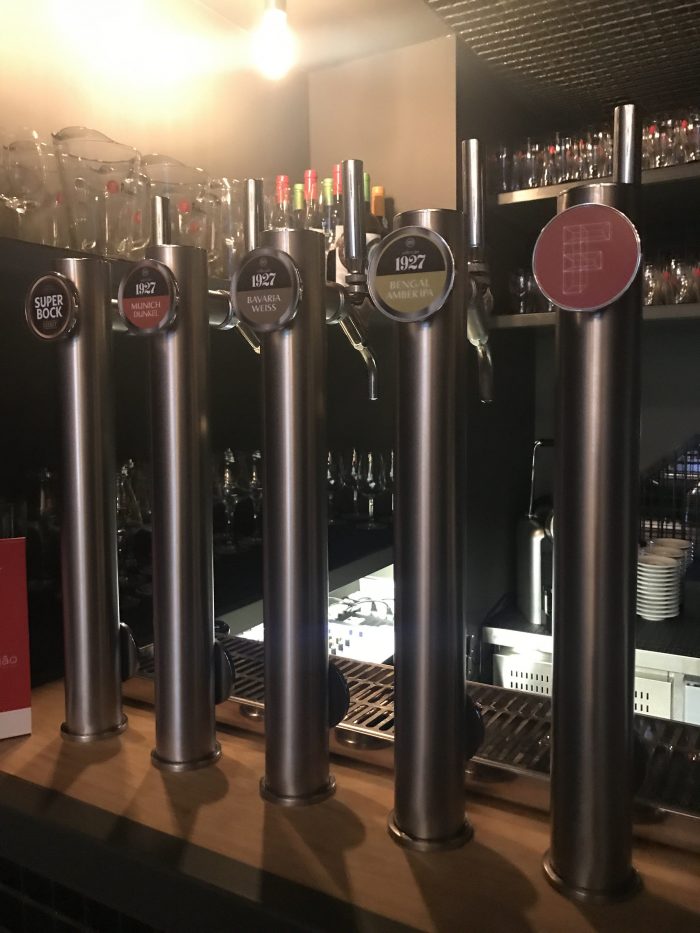 Although they have a couple of taps of their own beer on site, the rest of the taps are “craft” beer from Super Bock, which I mentioned above. I can’t quite figure out how strong of an affiliation Super Bock has with the bar & brewery itself, but at the very least they are stocking them heavily rather than supporting small breweries. They also have received EU funding.

As a result, the whole enterprise feels like macro trying to micro. Looking at it through that lens, there’s not much to offer here. If you want good Portuguese craft beer in Porto, the other bars I’ve mentioned above are far better choices. On the flip side, if all you want is a nice, cold macro lager, then go to Cervejaria Gazela & have an outstanding hot dog to go with it.

Porto is of course known for one drink in particular. As tends to be the case with places that have a dominant local drink, there’s not the biggest craft beer scene. However, the few craft beer bars in Porto are solid choices to hang out in if you’re looking for something different than port. 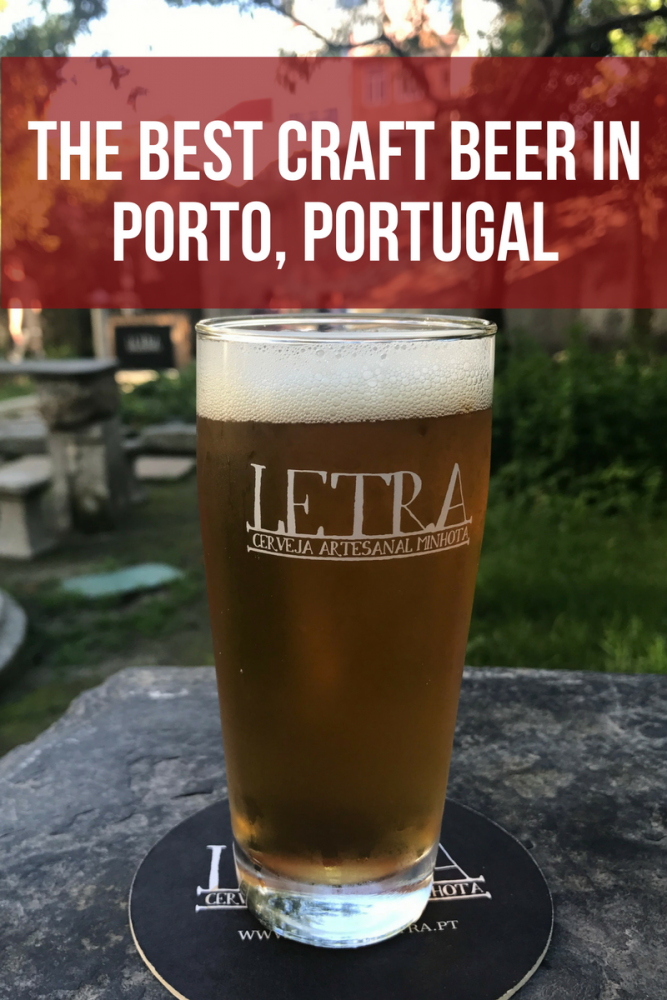