Ostrava, Czech Republic is a hard drinking town. Most mining & steel towns tend to be that way. In a sense, it’s a cousin of Pittsburgh. Ostrava’s Stodolní Street does nothing to dispel this notion, as it is lined with bars that stay open late. It’s not uncommon to find people passed out in parks or on benches after a late night out. Beer is of course beloved in the Czech Republic, & Ostrava is no different. I visited the city for the TBEX conference & found a few craft beer bars & breweries that are worth visiting, none of which are on Stodolní Street. Here are my favorite places to drink craft beer in Ostrava.

The best craft beer in Ostrava

HoppyDog is a brewery located out in the industrial areas of Ostrava, not far from the impressive Lower Vítkovice area, which was formerly a steelworks & coal mine, but now hosts events & conferences such as TBEX. While Lower Vítkovice is worth checking out, if you can’t make it down to this southern area of Ostrava, there’s good news. HoppyDog runs a bar called Psí kusy. 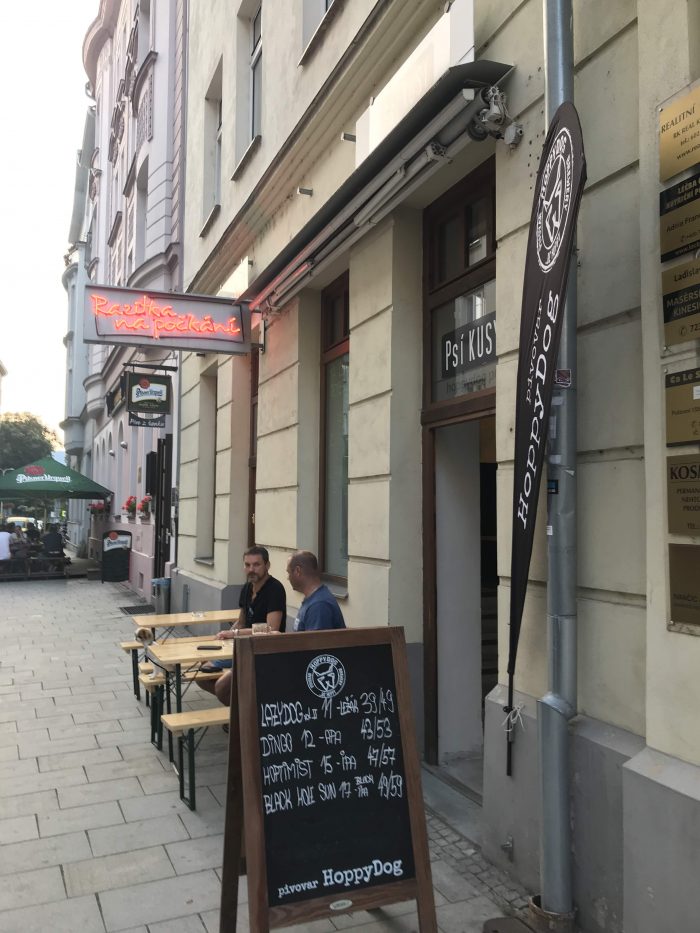 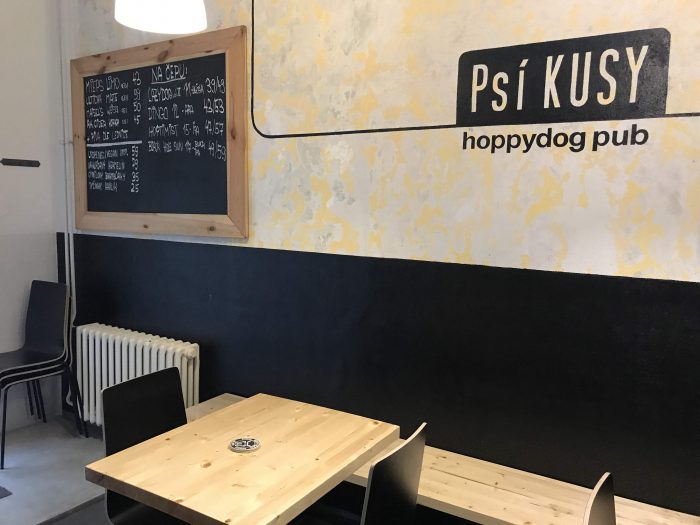 Psí kusy is fairly small, but there’s a bit of a patio out front, & it’s a friendly place. There are 6 taps of HoppyDog beer as well as some bottles, though some taps might be out due to demand. 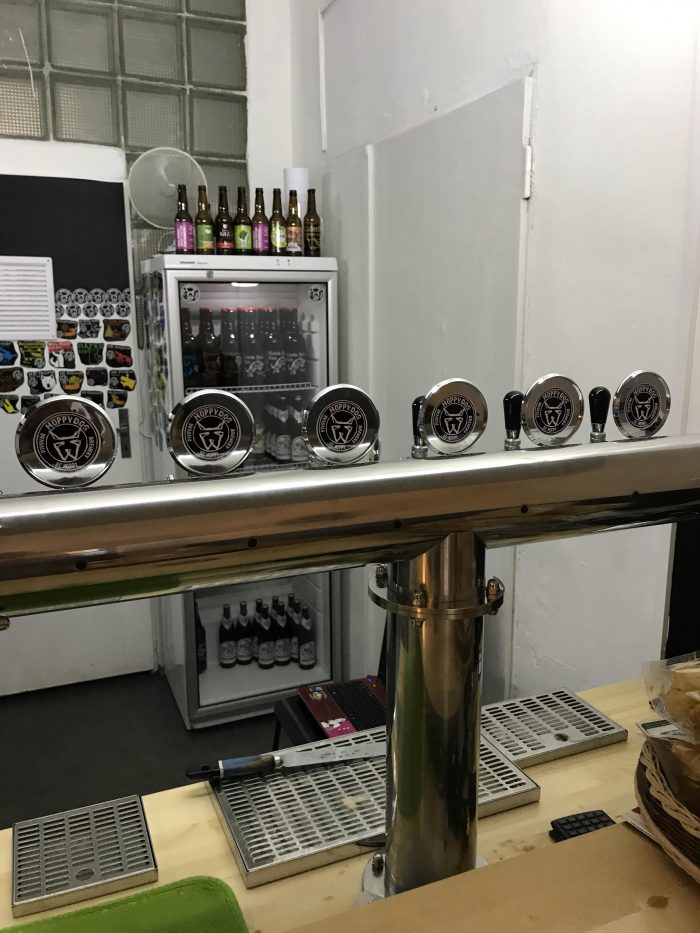 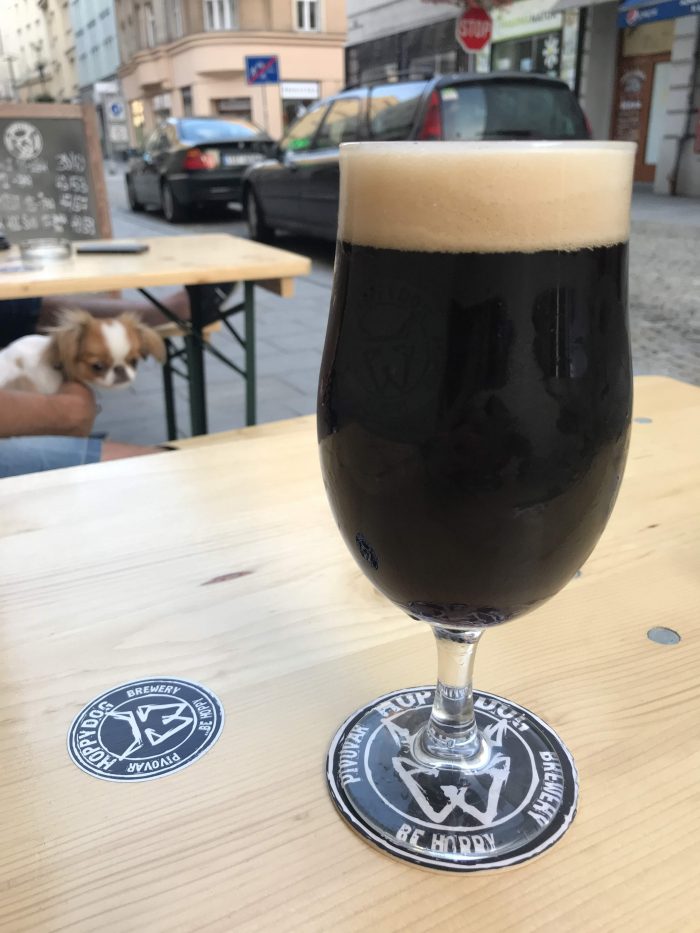 I’ll talk about the next places separately, though they are operated within the same building. Pivovarský dům Ostrava is a small brewery operating out of a basement in central Ostrava. The head brewer, Giovanni, is from Brazil. He gave us a private tour of his brewery, along with tastings of all of his beers. 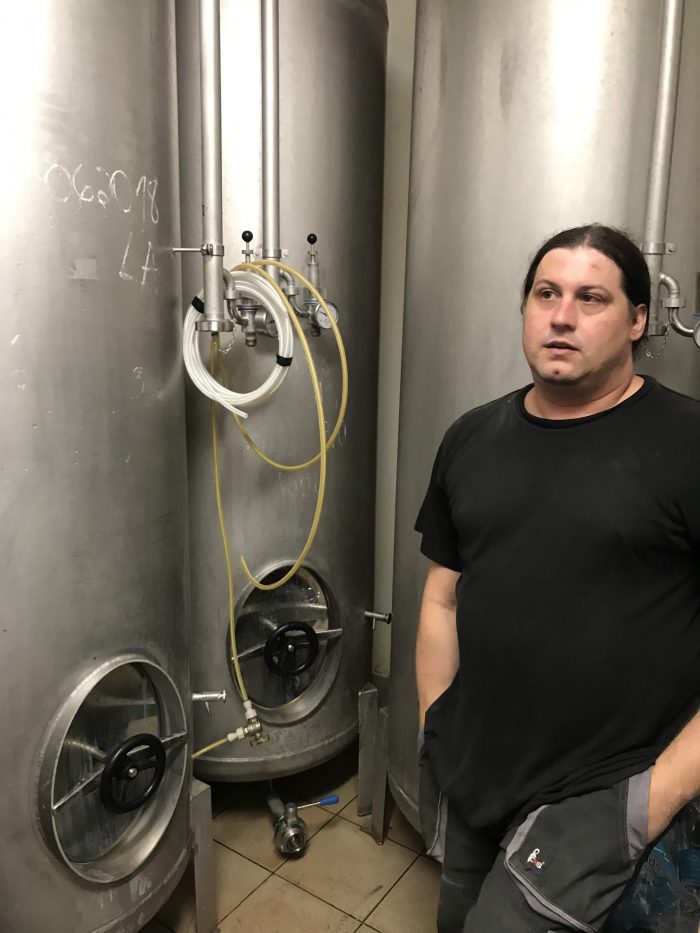 All of the beers from Pivovarský dům Ostrava are unfiltered & unpasteurized, brewed using classic open fermentation. 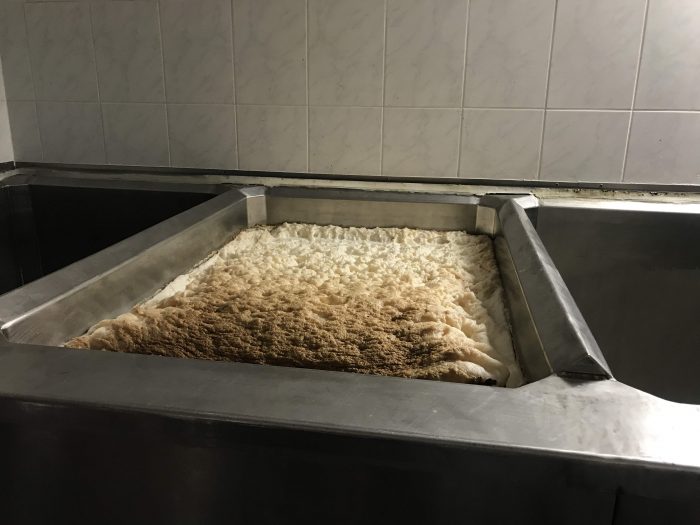 Here’s where the building gets a little complicated. There is Pivovarský dům Ostrava in the basement, Restaurace U Skákavého poníka (The Prancing Pony), and then Hobit Club on the other. Both have similar rotating selections of beer, though Hobit Bar also has a few guest beers available. 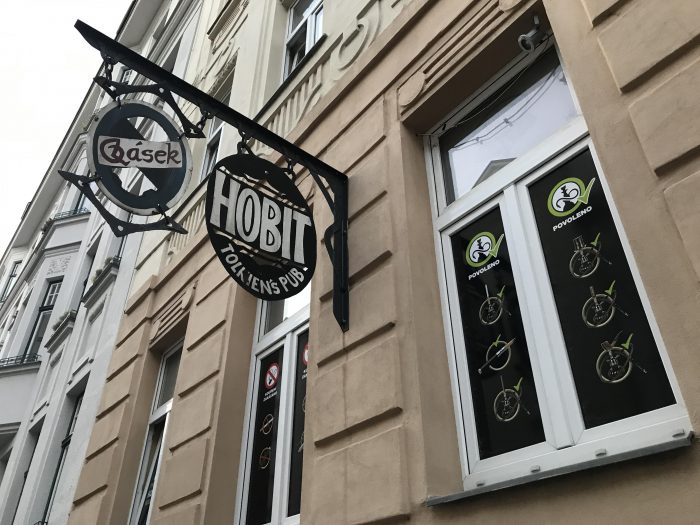 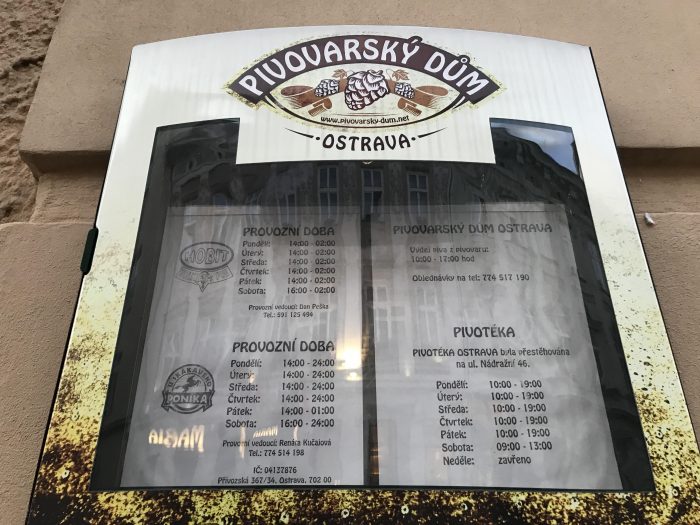 When I asked why there were two separate, but similar bars within the same building, operated by the same people, the answer I got made sense. Originally, one bar was supposed to be smoking, and the other was supposed to be non-smoking. The passing of no smoking laws meant that this plan would no longer work. And thus, there are two bars. 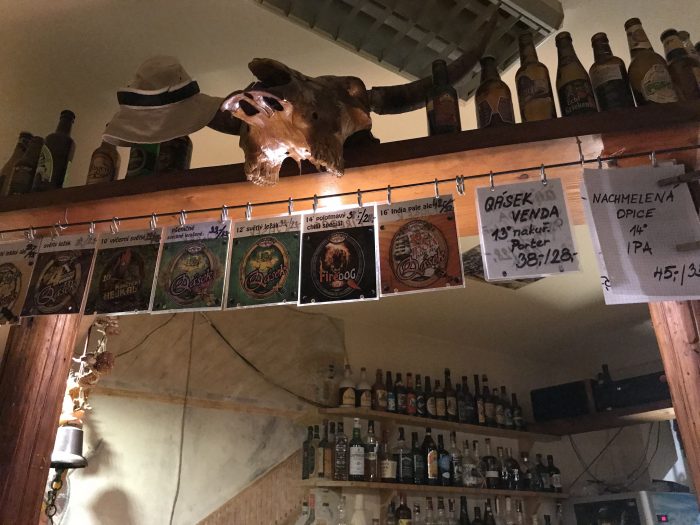 Hobit Bar is one of several Hobbit-themed bars I’ve been to. I guess it makes sense, since Hobbits like to drink & have a good time. I’m not sure if they would like the metal music that was playing in the bar, but who knows? Maybe some metal would have made The Hobbit movies a bit more interesting. The bar also had this. 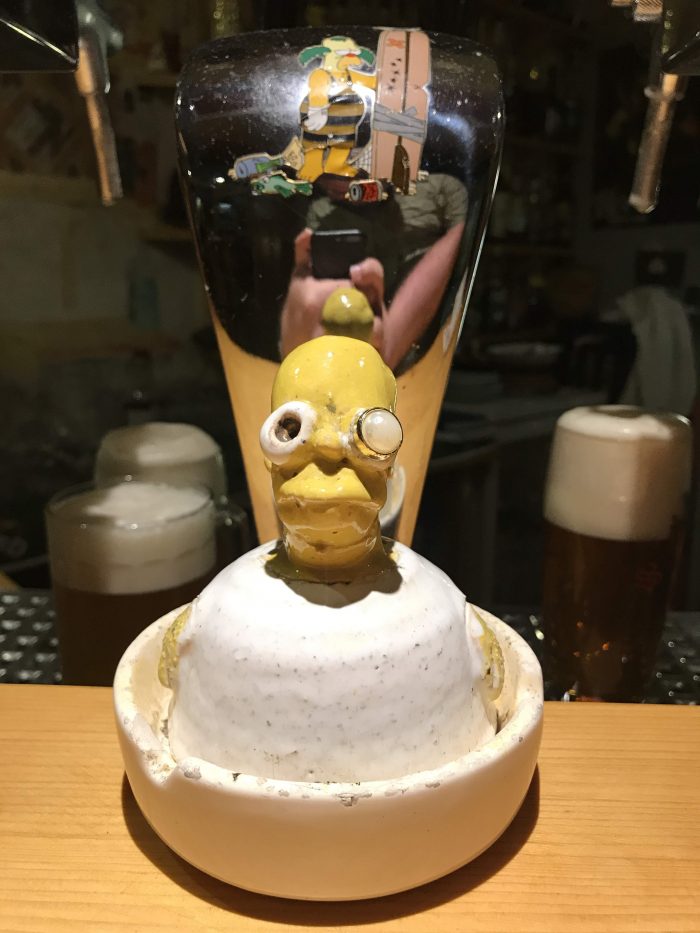 Nope, I have no idea either.

The bar has 9 taps, a couple of which are from other regional breweries. I had an excellent IPA from a brewery called Nachmelena Opice from Krnov, which is about 30 miles away, near the border with Poland. 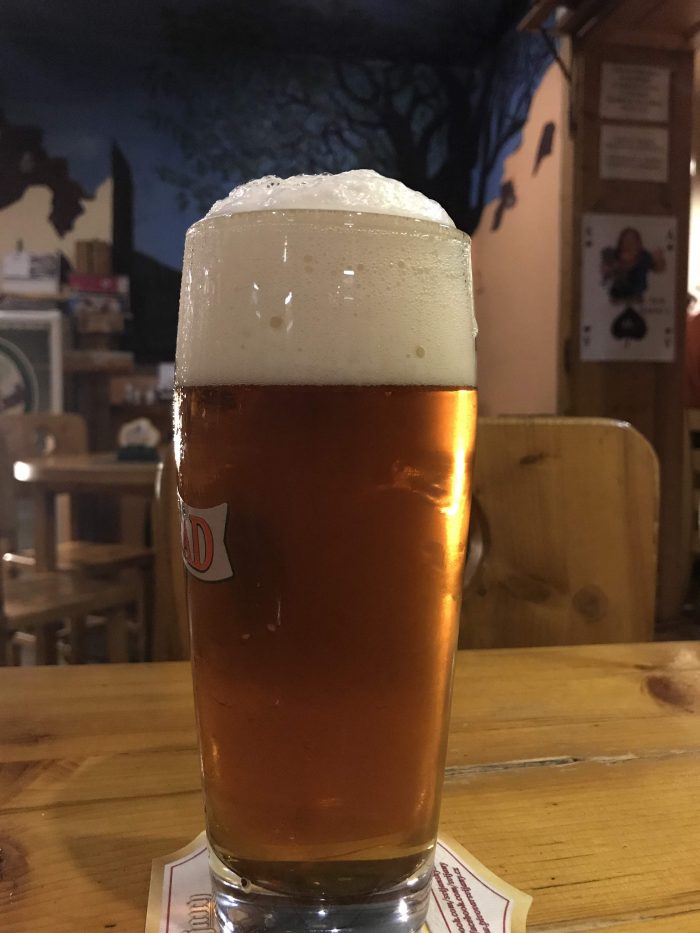 There are a few other places where you can find craft beer in Ostrava. Pivotéka Ostrava is a nice bottle shop located in the center of the city. U Segala is located on the western side of town, so it’s a bit of a trek to get to, but it has a good reputation for beer from small Czech breweries. If you’re looking for something on the more traditional side, Ostravar Brewery is Ostrava’s regional brewery, now owned by Bass.

Ostrava has plenty of bars to visit. But if you’re looking to get away from the crowds & chaos of Stodolní, check out these craft beer bars for a quieter, more relaxing drink.

Disclosure: I visited a couple of the bars & breweries above as part of a sponsored beer tour during TBEX, though I had also visited separately on my own. All opinions are 100% my own. 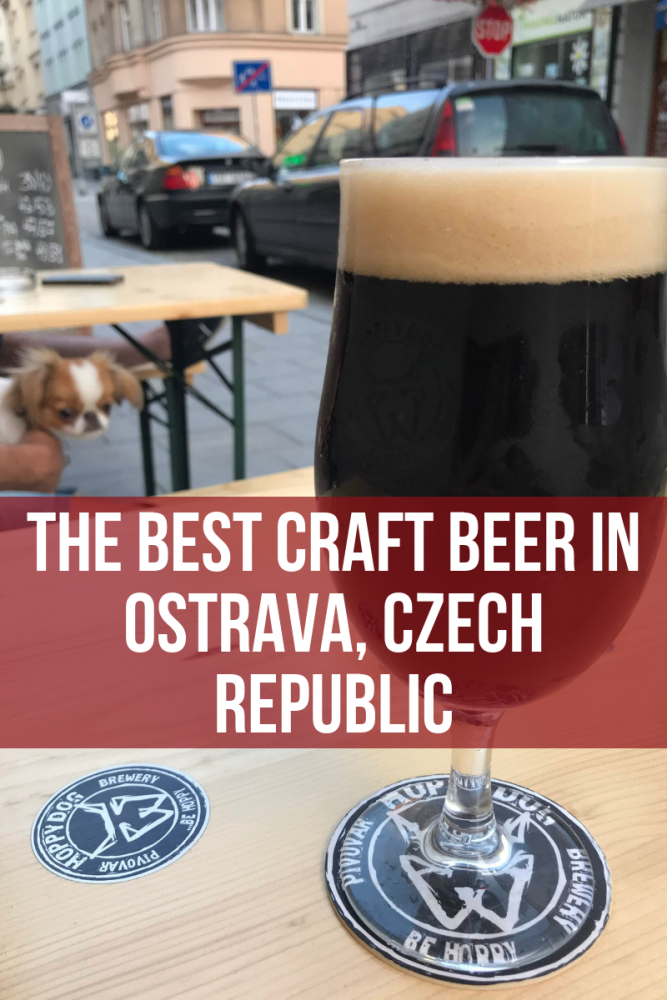