Cork is Ireland’s second largest city, with a decent nightlife scene as you might expect. There’s nothing like drinking at a good Irish pub. While endlessly flowing taps of Guinness are of course ubiquitous across the country, craft beer is rapidly finding its way into Cork’s pubs as well. With several great breweries & tap rooms scattered around the city, Cork is quickly becoming a great place for craft beer. Here is my guide to the best craft beer in Cork.

The best beer bars in Cork

Abbot’s Alehouse is one of the finest places to drink beer in Cork. Owner Anton has created a lovely, unpretentious bar with walls covered in beer coasters, signs, and other brewery memorabilia, plus that immediate atmosphere that tells you you’re in a great pub. Oh, and there’s a fantastic beer selection as well, of course. 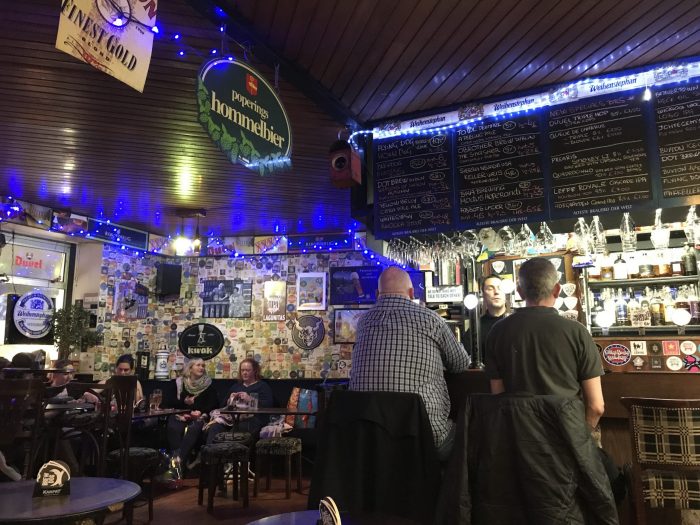 There are 10 taps & hundreds of bottles at Abbot’s Alehouse. The selection is outstanding, with a great variety of styles from the highly-regarded breweries from around the world. Half pints are logically half the price of a pint, which is always appreciated & allows for trying more beers. 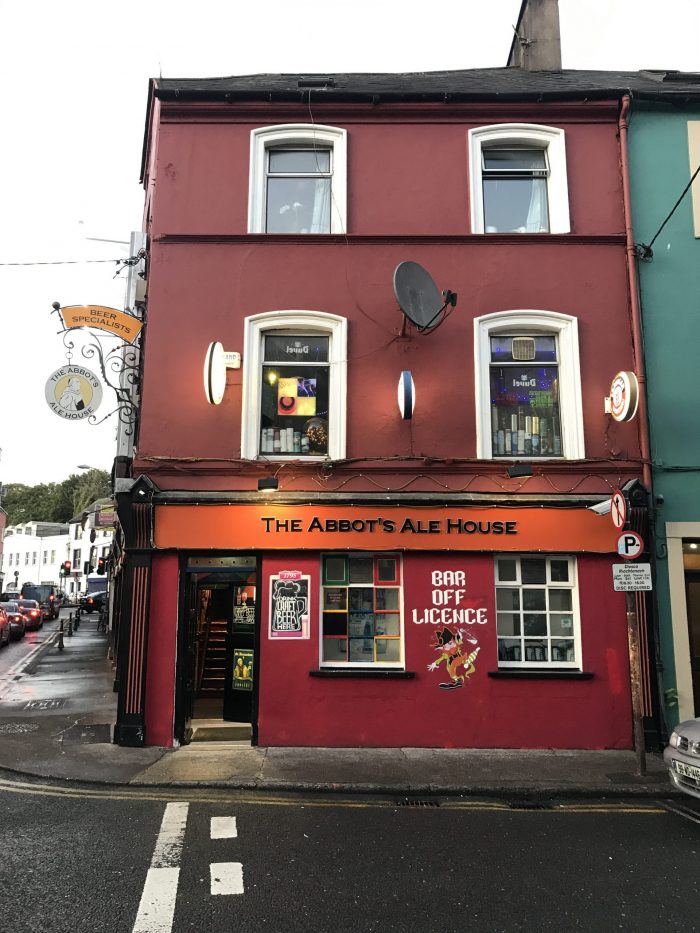 There was formerly a bottle shop on the ground floor, but that has replaced with more bar space. That’s all the better when you’ve created an inviting bar that embodies the spirit of being a place where everybody knows your name. Abbot’s is a local specialty, but it also happens to welcome newcomers too. On a weekday night, Abbot’s Alehouse was much more chill than other bars, with a bit of an older crowd. You’ll find people enjoying a lively conversation, listening to music, or knitting in the corner. There’s no wifi because they want people to talk to each other. Get a beer or several, and enjoy the companionship & music, whether it’s the metal, rock, & indie playing on the stereo or a live session.

The Bierhaus is another local favorite Cork beer bar, also located on the north bank of the River Lee. It gets lively every night. The 30 taps at The Bierhaus include a large rotating selection along with hundreds more cans & bottles. The selection includes lots of Belgian & German beers, but also plenty of local Irish craft beer. 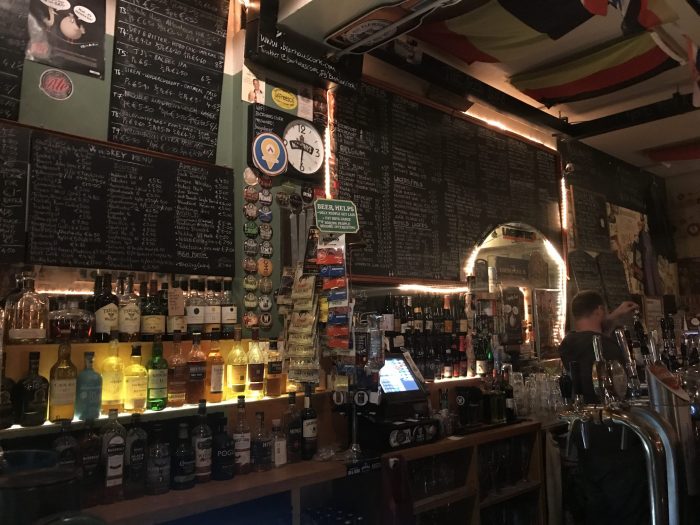 Squint at the chalkboards outlining the full selection, and if you’re not in the mood for a pint, they’ve also got plenty of whiskey.

The Friary is another solid beer bar in Cork, with live music in an intimate setting. The selection might not be as large as other local beer pubs, but it’s good. 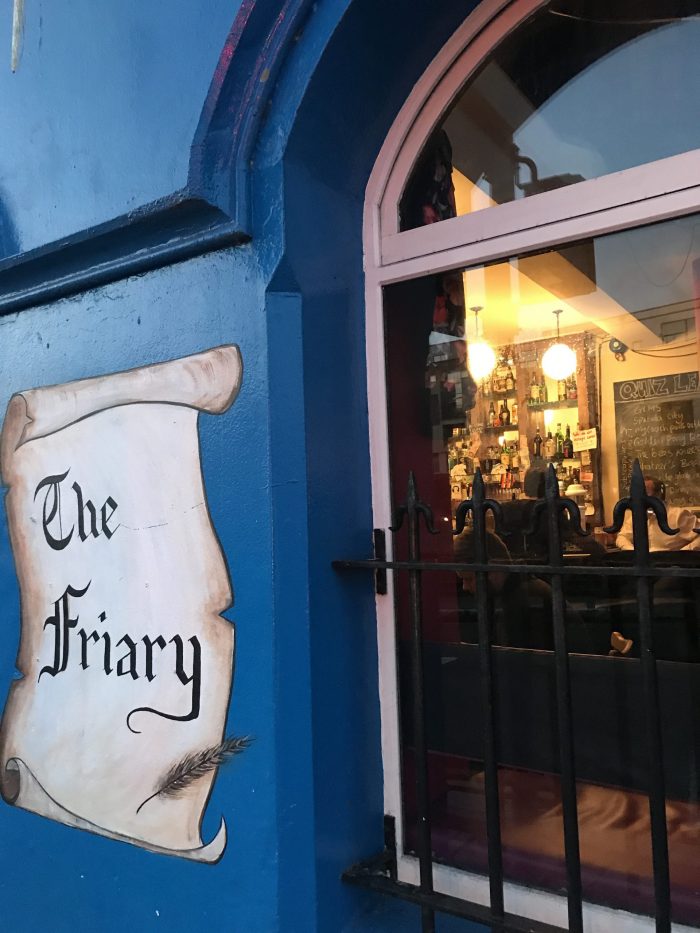 The best breweries in Cork

Franciscan Well is the best known craft brewery in Cork. From the outside, the brewery looks small, but head back down the alleyway and you’ll find beer heaven. Their inner courtyard has a huge beer garden, which hosts events such as live music & story nights.

The beer selection includes 8 or so taps of their own beer, plus some guest taps, bottles, & cans. While Franciscan Well has expanded to serve regional distribution, a portion of their brewing is still done on this site. 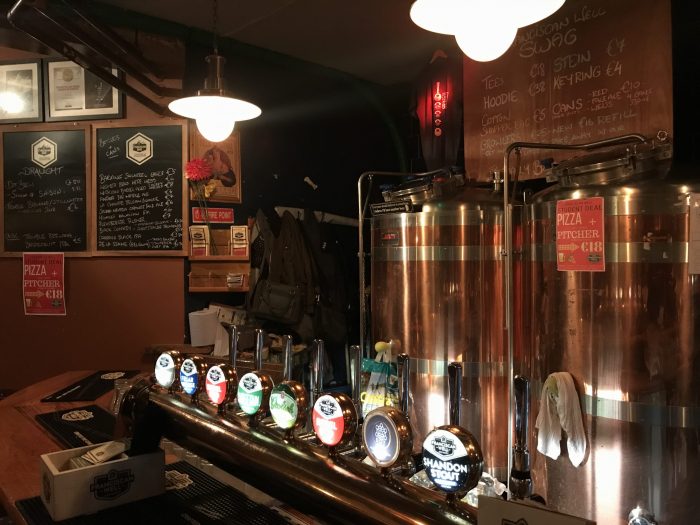 Be sure to visit Franciscan Well on an empty stomach, as their pizza is outstanding. 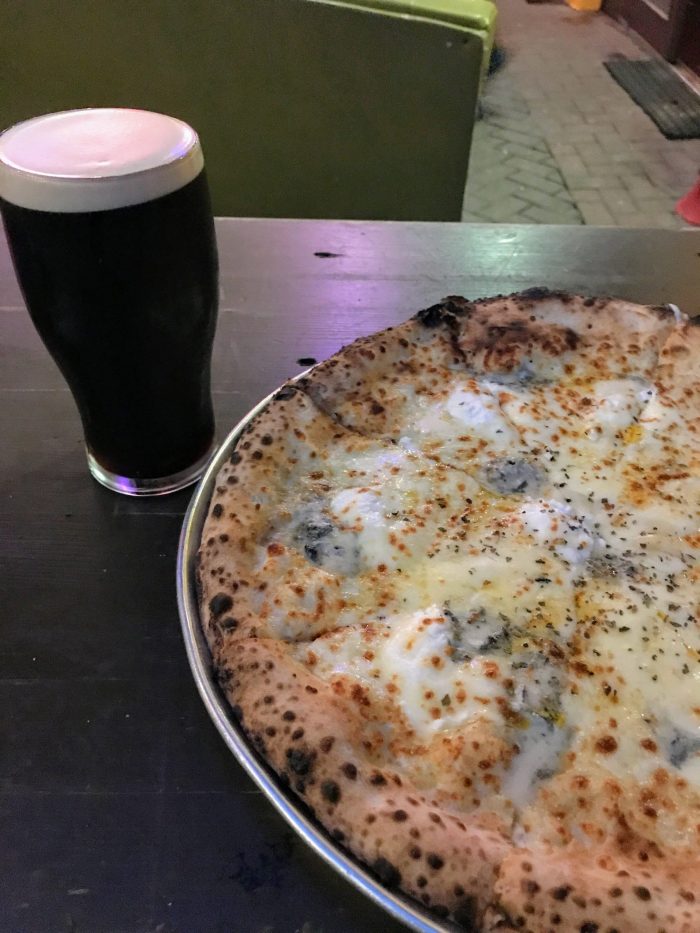 Elbow Lane Brew & Smoke House is attached to Market Lane, a popular local restaurant, but it has quickly developed a stellar reputation of its own, appearing on many “Best of” Cork & Ireland lists. Elbow Lane is the place to go for a more upscale beer & dining experience. 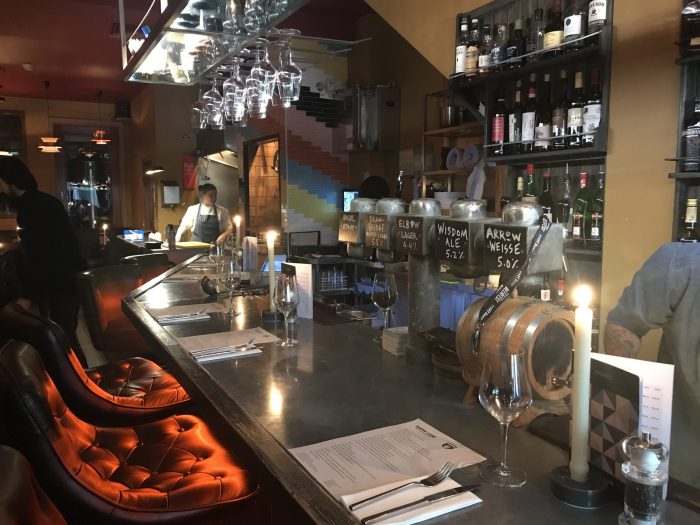 The beer is straightforward but well-made, brewed in accordance with German Purity Law. The gastropub’s BBQ-focused menu also has a nice selection of starters such as pigs in blankets, monkfish pastrami, roasted Wicklow blue cheese, and more. 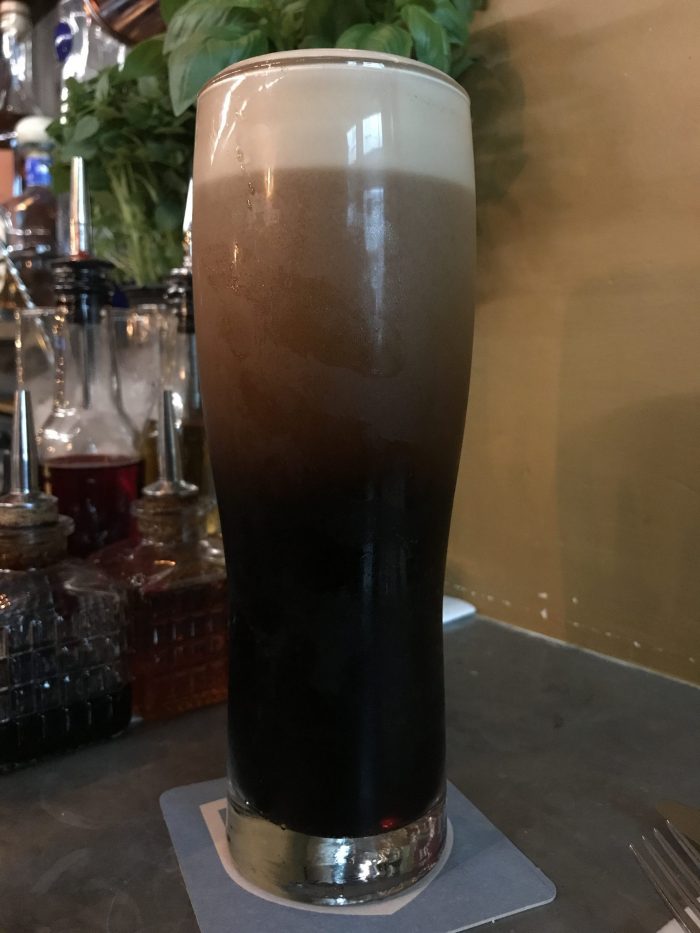 Elbow Lane is a cool little place with an intimate but relaxed vibe. It would be the perfect place to for a nice date with a beer lover, when you’re looking to splurge just a bit more. It gets crowded, so get there early. 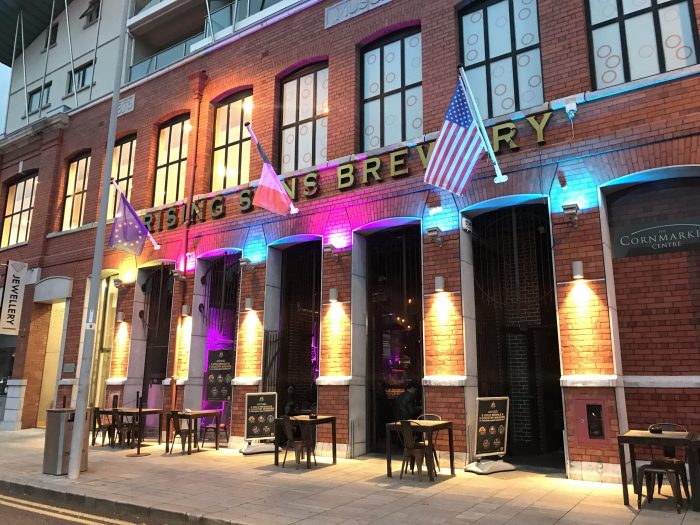 Inside you’ll find a sports bar with plenty of television screens, along with some good deals on food such as their €12 pizza & a pint combo from Sunday through Thursday. 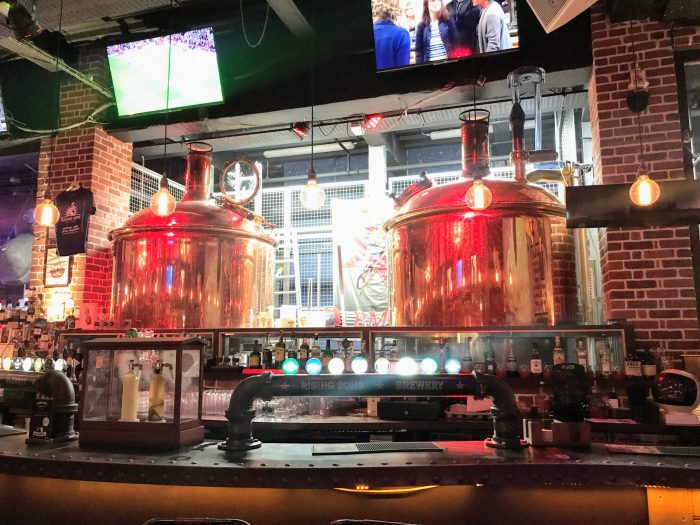 All three of the beers I had were fantastic. In case that’s not enough, they have also started distilling gin & vodka.

Bradley’s Off License is the best beer bottle & can shop in Cork, featuring an outstanding selection from around the world. They also have a robust online shop. 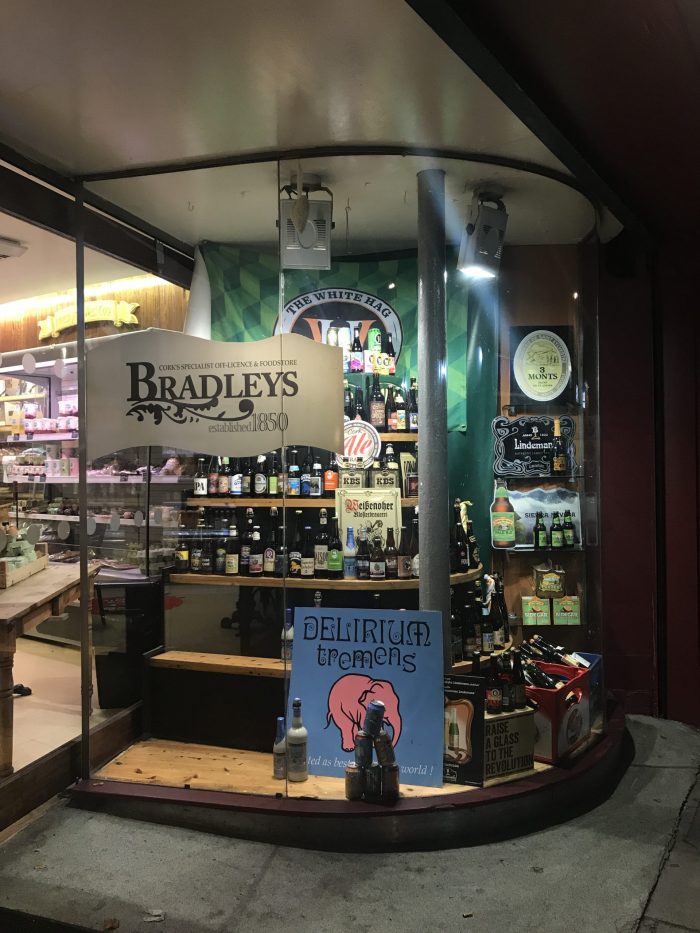 As craft beer has become more and more popular, traditional Irish pubs have begin to devote taps & cooler space to it. Nowadays, most pubs will have at least a small craft beer selection, and many of them have quite healthy selections.

Some of the best traditional Irish pubs in Cork that offer craft beer include The Oval, The Vicarstown Bar, Mutton Lane Inn, The Abbey Tavern, & The Woodford.

If you’ve spotted any other great places for beer in Cork, let me know in the comments!

Here are some great Cork tours & other things to see & do in the city.

If you’re looking for a place to crash after drinking beer in Cork, check out these Cork hotels & AirBnbs. 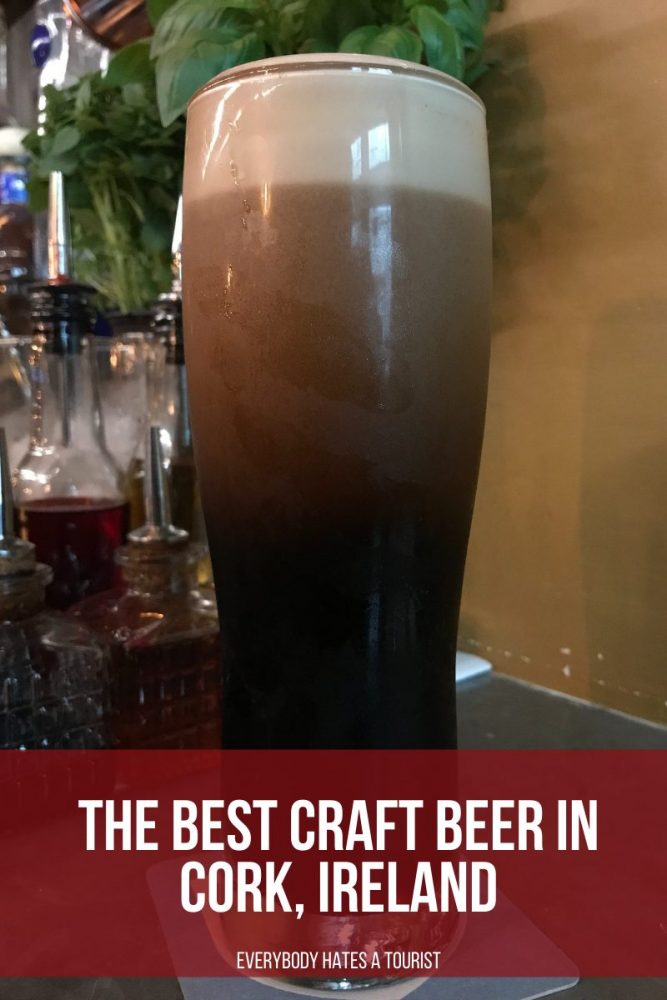