On my way home from Barcelona, I first had to fly to London. My flight was early in the morning, so I arrived at Barcelona Airport just as it was beginning to open. In fact, after checking into my flight, I was the first person in the Sala VIP Joan Miró Lounge. 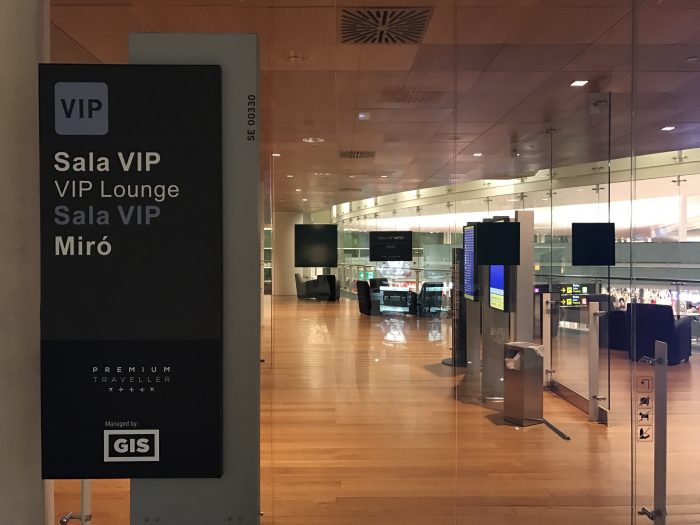 I was able to access the lounge because I was flying on British Airways in Club Europe. I also could have accessed it thanks to having a Priority Pass card. The lounge is also known as the AENA Miró Lounge according to the British Airways website. Other airlines that offer access to this lounge include OneWorld alliance members American, Qatar, Royal Jordanian, Iberia, LATAM, & S7. Star Alliance & Skyteam were also part of the massive list on the sign near the entrance. The lounge is in the non-Schengen area of Terminal 1, near the D gates. 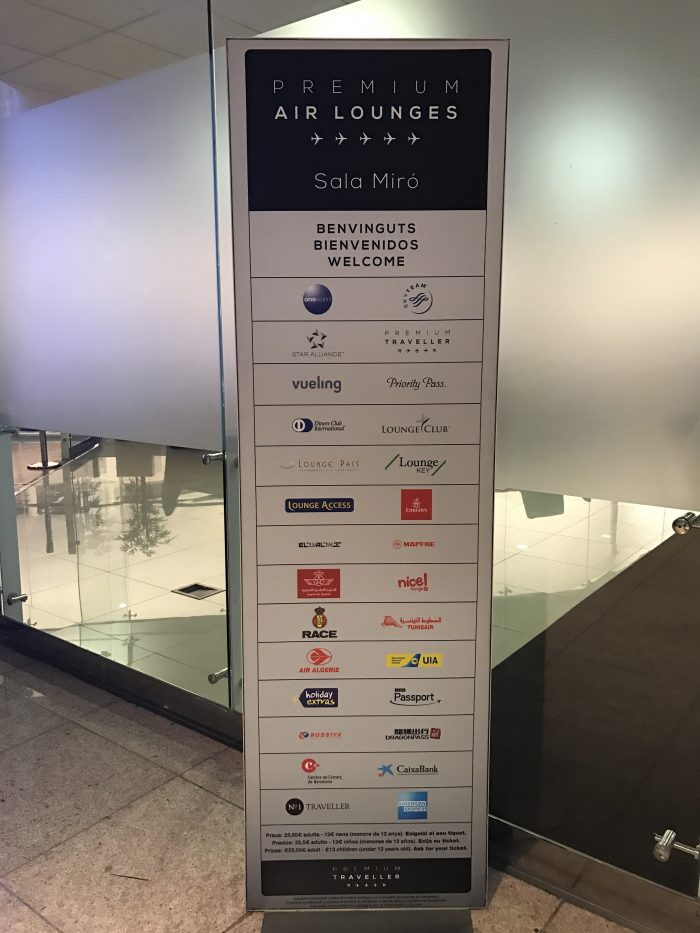 While I hate waking up early, being in an airport lounge this early in the morning does have its perks. I was able to take as many photos as I wanted without any people cluttering them up. 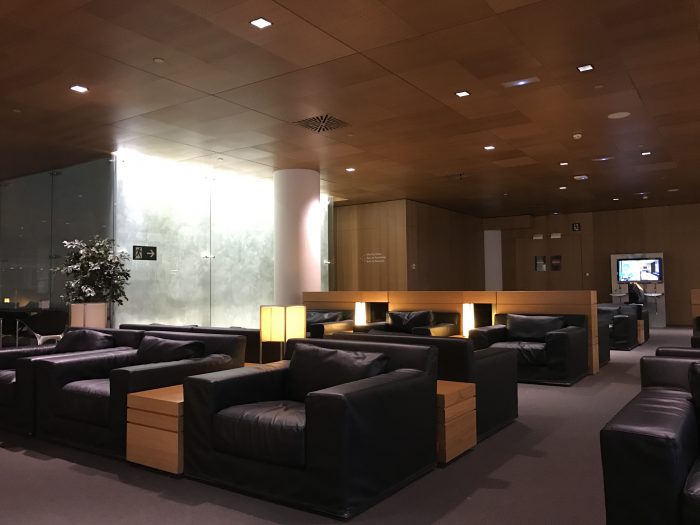 The food selection in the Barcelona Miró Lounge isn’t spectacular, but it’s fine. There’s no hot food, unless you count toast. There was still a nice spread of meats, cheeses and breads. 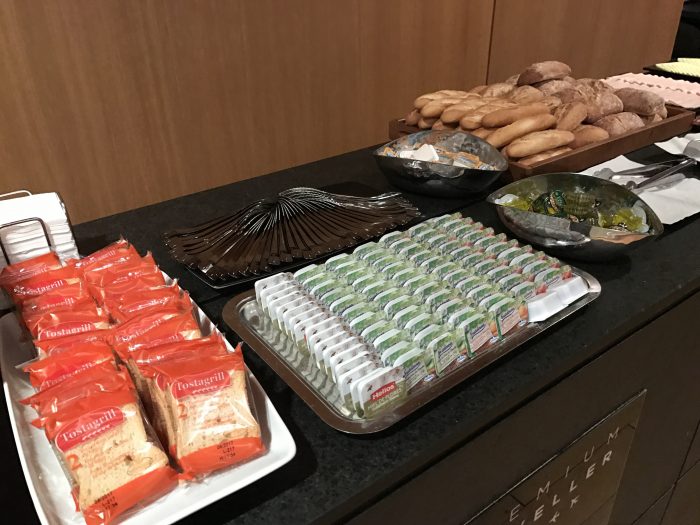 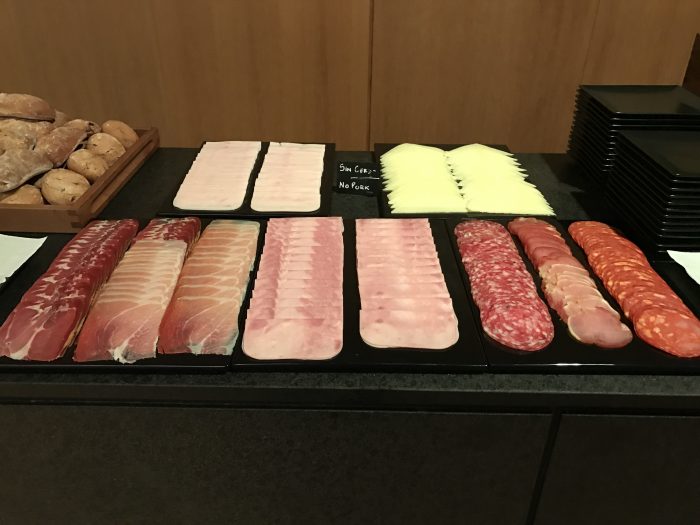 There were also plenty of pastries. 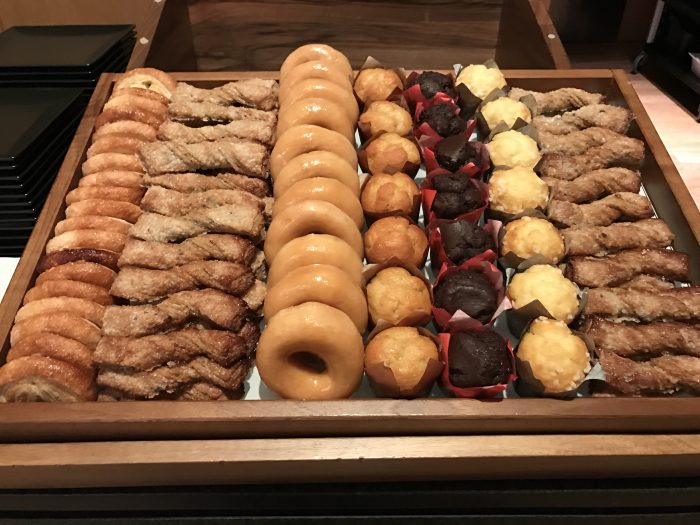 The lounge also had bar snacks. 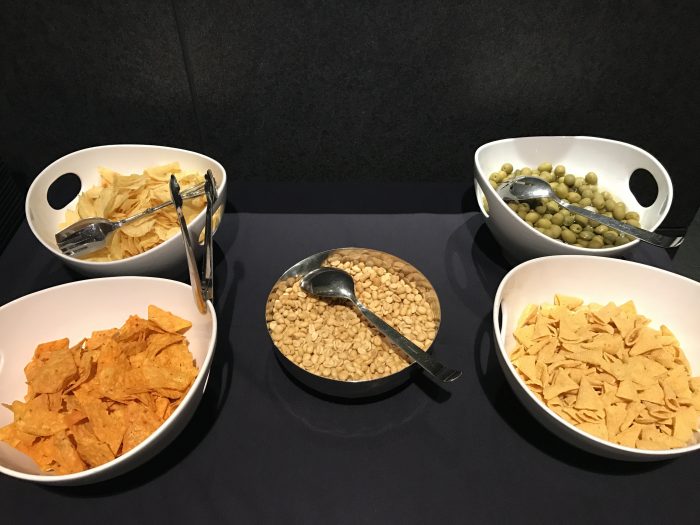 As far as drinks, I only saw wine and beer, but it was 6am, so perhaps other drinks come out later. 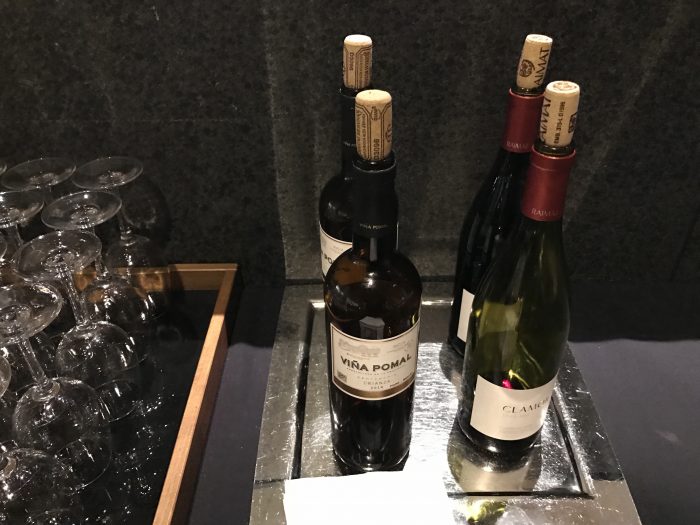 That said, the non-alcoholic drink selection was one of the best I’ve seen in any airport lounge. There was an array of bottles beverages including coffee drinks, fruit drinks, chocolate milk, and more. 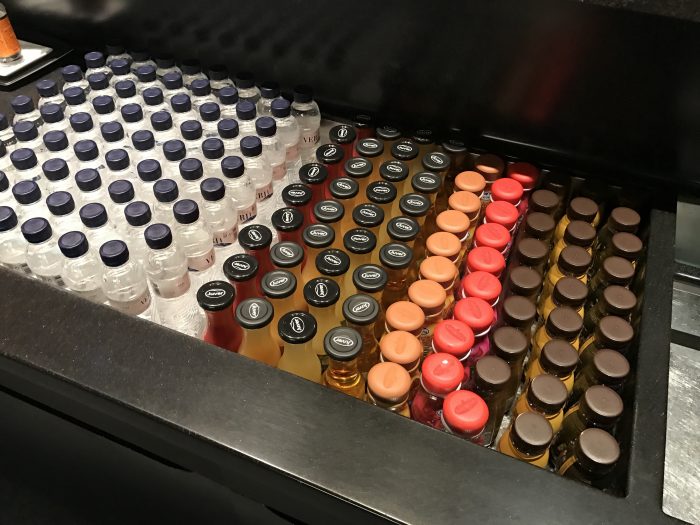 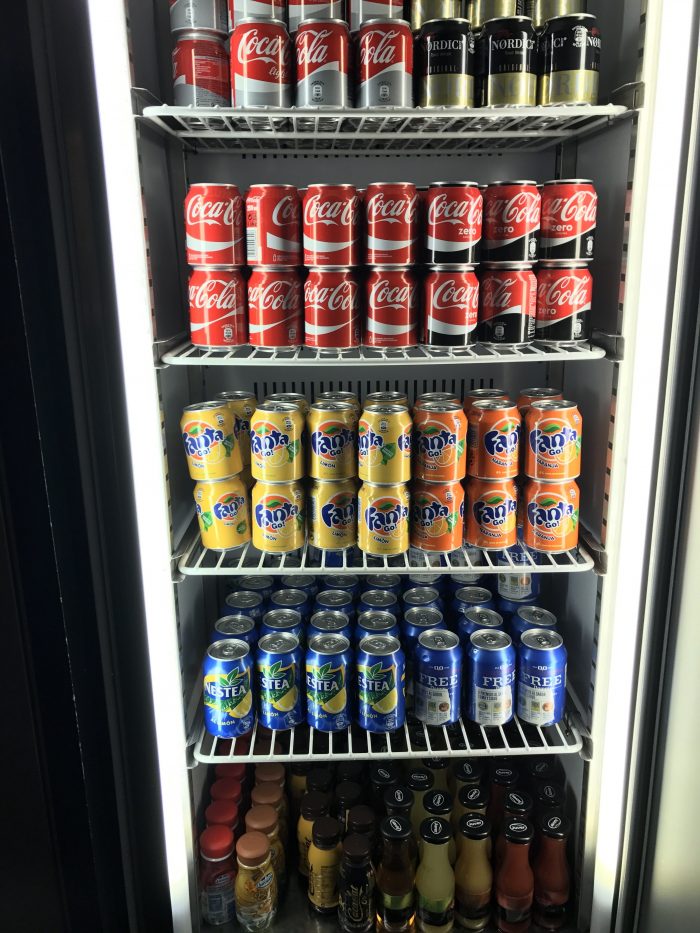 There were also Nespresso machines. They even had soy & lactose-free milk available for anyone who wanted them. Little touches like that make this a well-appointed lounge. 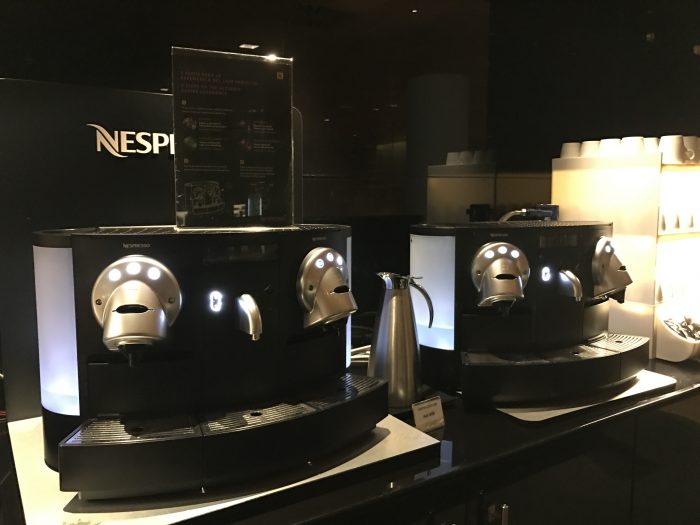 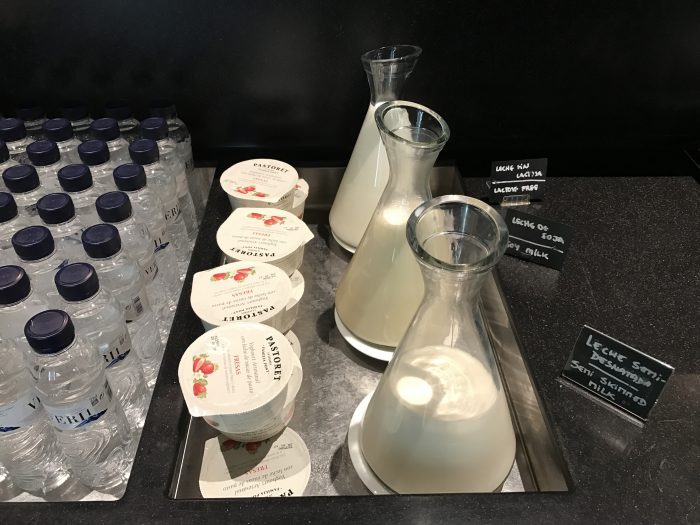 As far as seating goes, this is a spacious lounge. While I don’t know how crowded it gets later in the day, even if all of the seats are taken, there’s still plenty of room between them all, unlike some lounges. Given all the potential airlines & cards that grant access, I imagine that it could get filled. 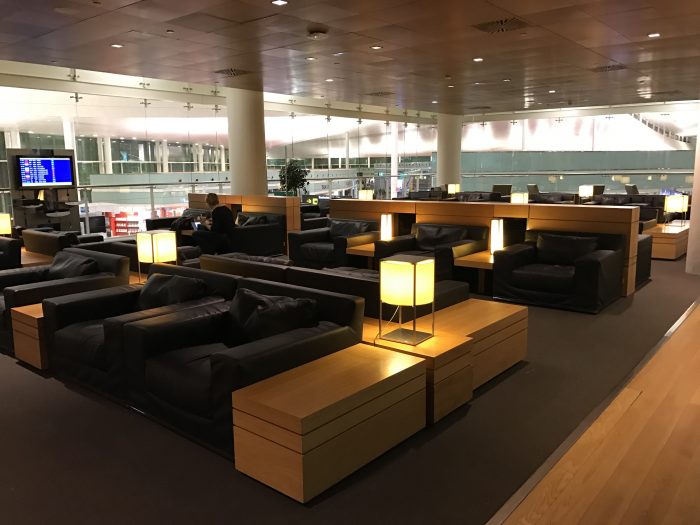 There were lots of tables to eat & work at, plus relaxing chairs. 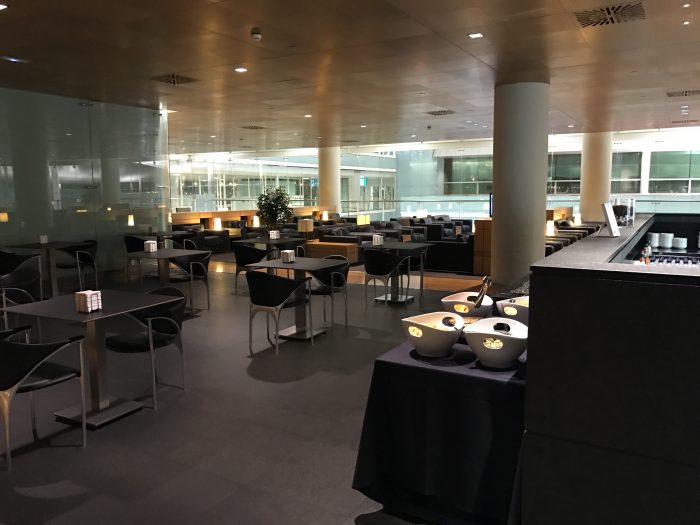 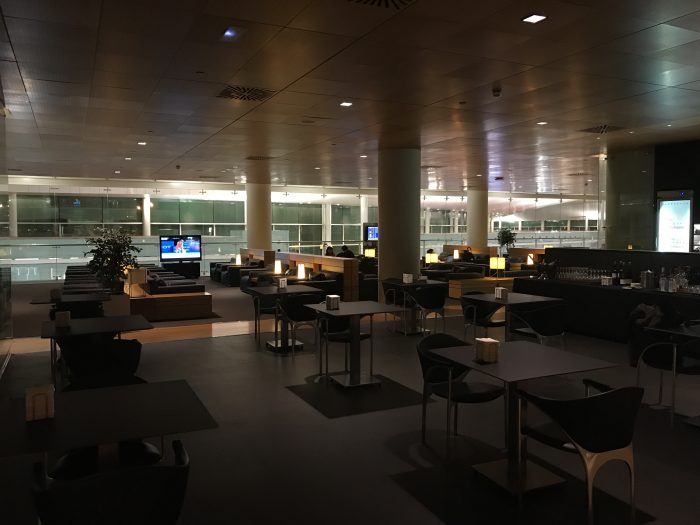 If you really need to get a lot of work done, there was a business center & nice meeting rooms. 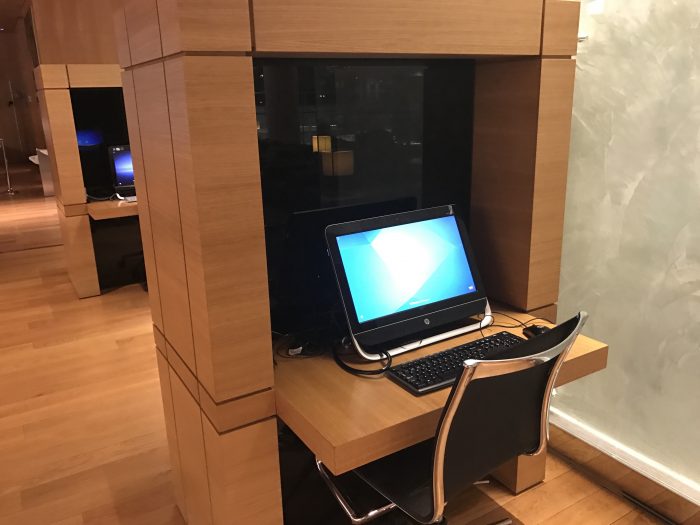 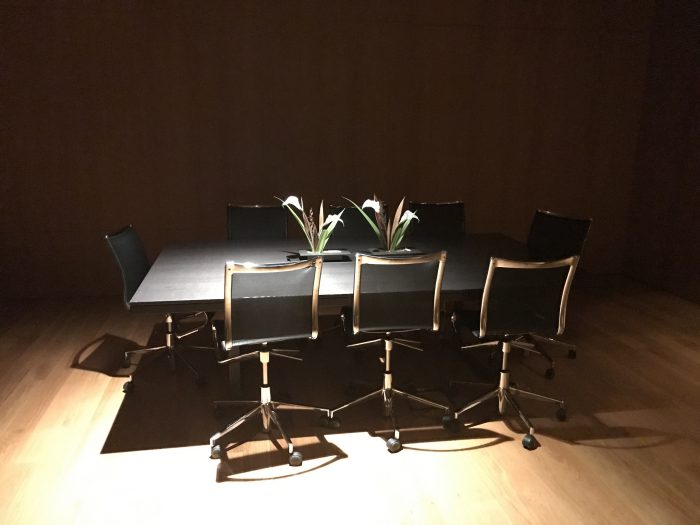 Or, if you want to relax more, there were rest areas with more privacy. 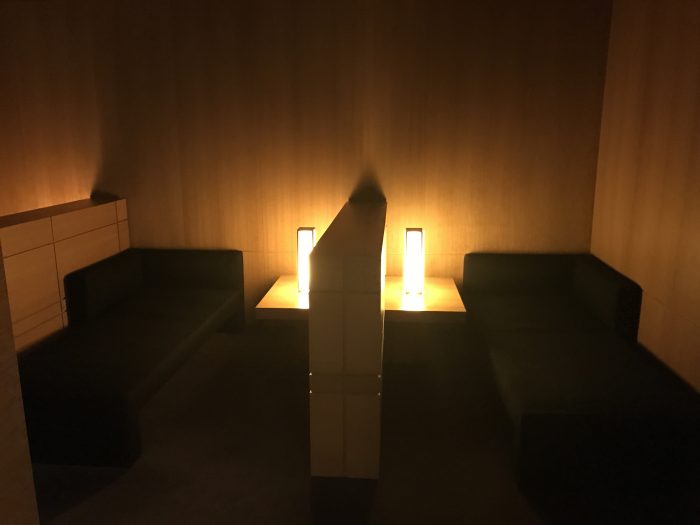 There are no tarmac views since the lounge looks out of the airport concourse. 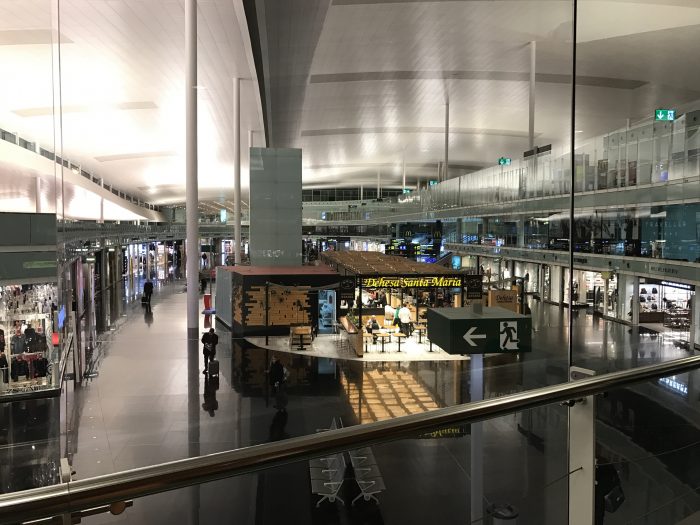 Wifi access was a bit limited, as the only network I found was through the airport itself, rather than the Joan Miró Lounge. There are showers available as well (for a fee). Also, there’s a prayer room available for anyone who needs one.

On my way out, I used the shoe shine machine. I’m never wearing shoes that are worth taking special care of, but this never stops me. 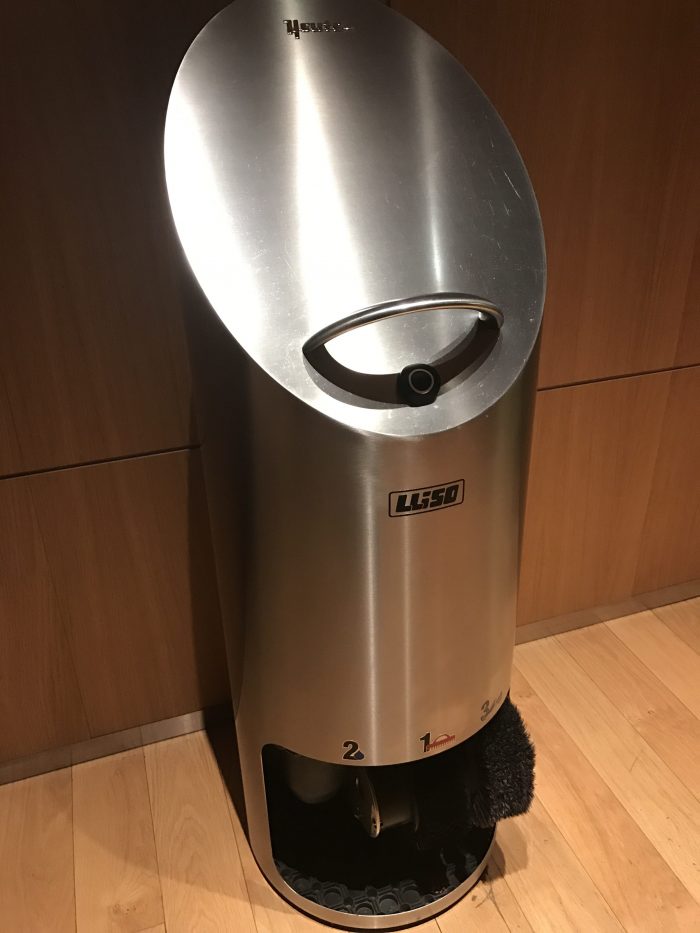 As far as basic airport lounges go, the Joan Miró Lounge in Barcelona is solid. The food isn’t anything great, but there’s plenty of space to relax or work before a flight. The little touches are done well, and it is well-kept. Of course, arriving there first thing in the morning could have influenced this. At the very least, everything looks new and clean to start the day. If you are flying in a premium cabin through this part of Barcelona Airport, this is your lounge option. If you’re not going to have any selection when it comes to lounges, you could be stuck with worse.

Have you been to the Joan Miró Lounge in Barcelona? What did you think?