The Old Town of Stockholm, called Gamla Stan, is the focal point of most visitors’ trips to Stockholm. It’s easy to see why. With walkable streets, gorgeous old architecture, and an array of shops, restaurants, bars, museums, and other sights, there’s tons to do in this small area.

Gamla Stan is an area you’ll likely find yourself in many times during a trip to Stockholm. It’s a lovely place to take photographs during any time of year or any time of day.

I went for a few photo walks around old town Stockholm. Here are some of my highlights of my exploration of Gamla Stan.

On my first day in Stockholm, there were scattered showers throughout the morning & afternoon. After stopping by the visitor center to pick up my TBEX Stockholm welcome pack, I walked south across the bridges toward Gamla Stan, passing by the Swedish Parliament building (Riksdag). 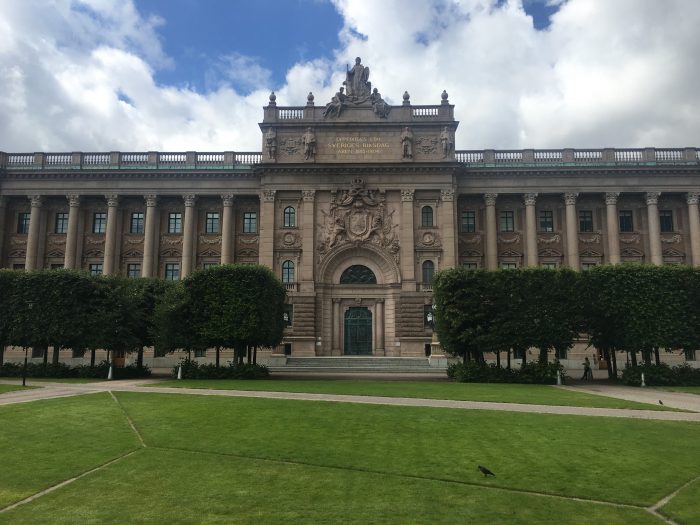 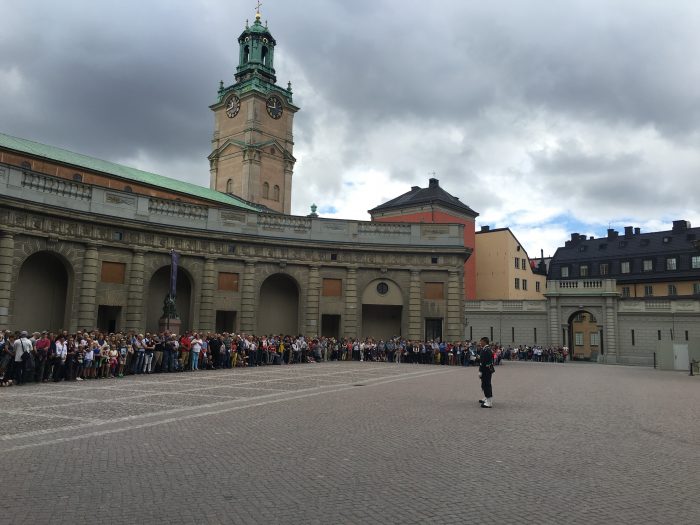 Following my visit, I took a break on my photographic tour of Gamla Stan. I got on the hop-on, hop-off boat and took it around to Fotografiska, a cool photography museum in Södermalm. Read more about Fotografiska here.

After going back to my hotel to do some work, it was time to head out again. I passed through Gamla Stan on my way to drink beer in Södermalm. By now, the rain clouds had cleared, leaving gorgeous blue skies as the sun began to make it’s long summer journey toward a late-night sunset. Here, the light casts Gamla Stan in a beautiful glow, with reflections of the sun in windows illuminating even shaded walls. 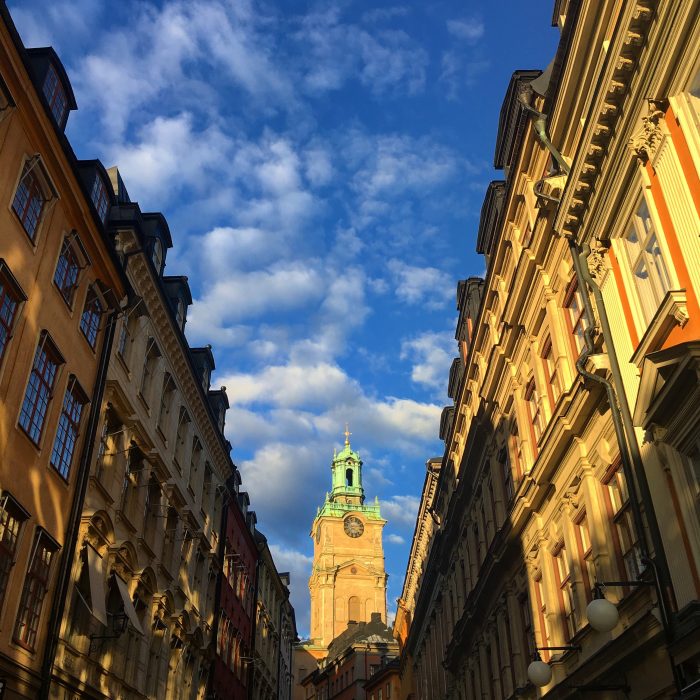 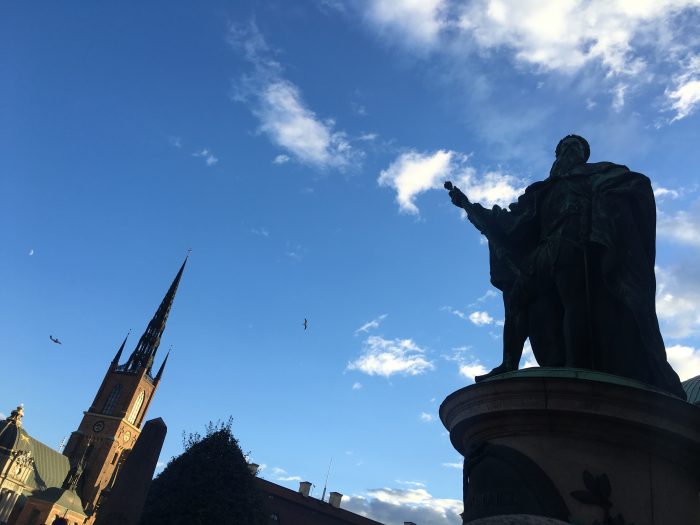 On the final day of TBEX, the grey weather in Stockholm finally became pleasant. I attended a couple of sessions in the morning, but not wanting to stay cooped up inside all day, I decided to walk around and see the rest of Gamla Stan & take photos. Joining me was Sean from A Wanderlust For Life, who I had met on a Stockholm food tour a few days prior.

We started the walk from the Radisson Blu Waterfront, where TBEX was being held, and headed east toward S:ta Clara Kyrka (St. Clara’s Church). While this church isn’t in Gamla Stan, it’s still a beautiful old building surrounded by a quiet park. If you’re looking for a nice spot for a picnic in central Stockholm, it’s a lovely spot. It was the nicest day I experienced in Stockholm, with spotted clouds and a nice breeze. 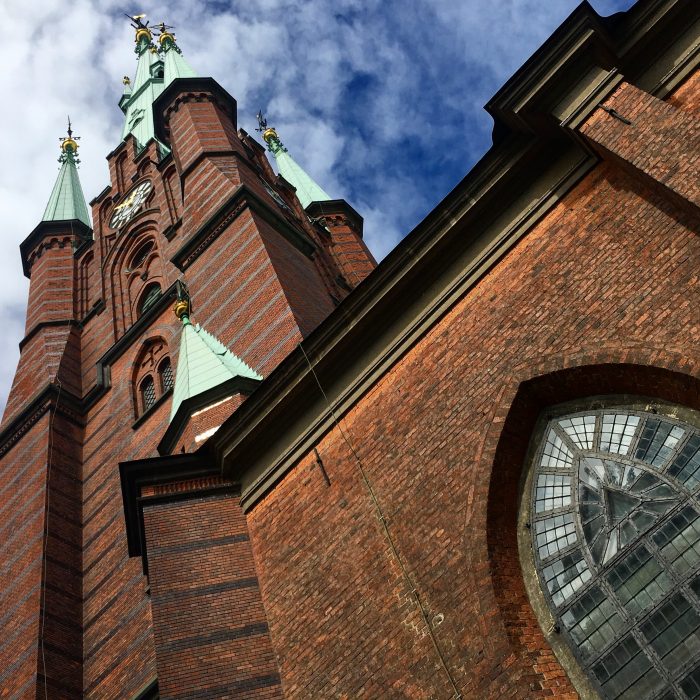 Heading south along the shopping street of Drottninggatan, we began to be followed by a Hare Krishna group that was singing & dancing through Stockholm. Everyone around them was having a great time. Thanks to our photographic pace, we would end up near them for quite a ways as we entered the old town. 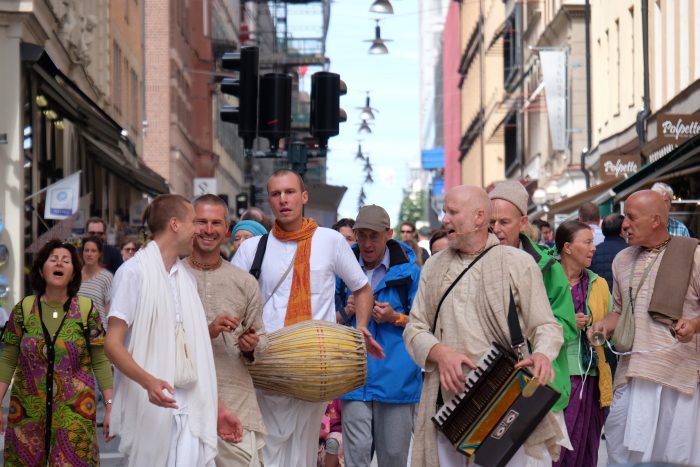 We passed under the arches of the Riksdagshuset & found ourselves at the Royal Palace. Unlike my previous visit, there were no crowds, as the Changing of the Guard had already taken place. This allowed us to take photos of the guards & nearby buildings with minimal tourist dodging. 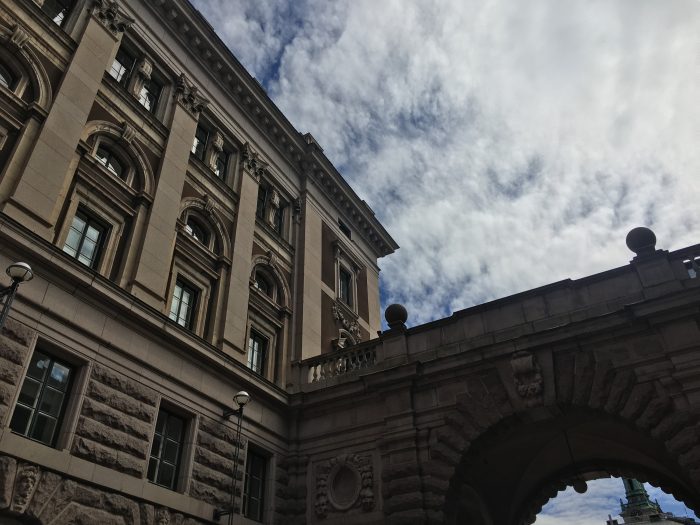 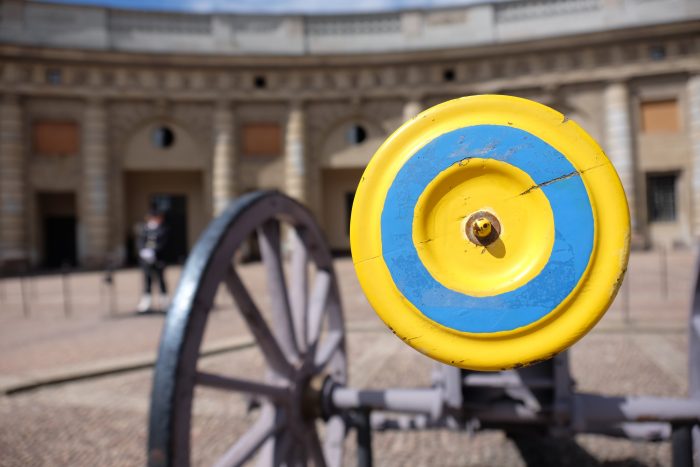 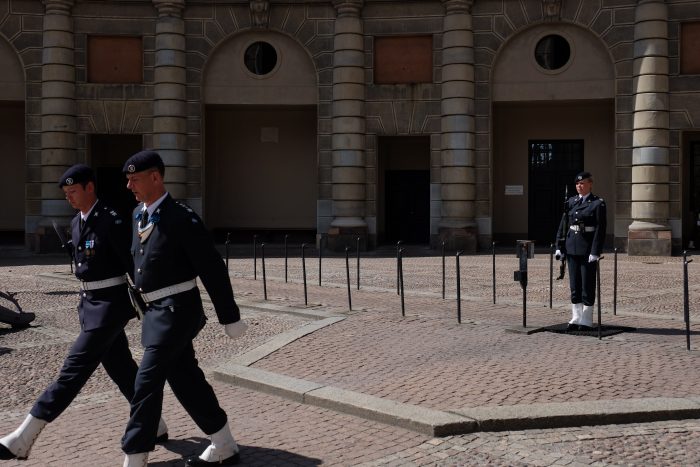 From here, Gamla Stan becomes a maze. As you head south, there are dozens of options to explore. The main path passes by the famous Stortorget. 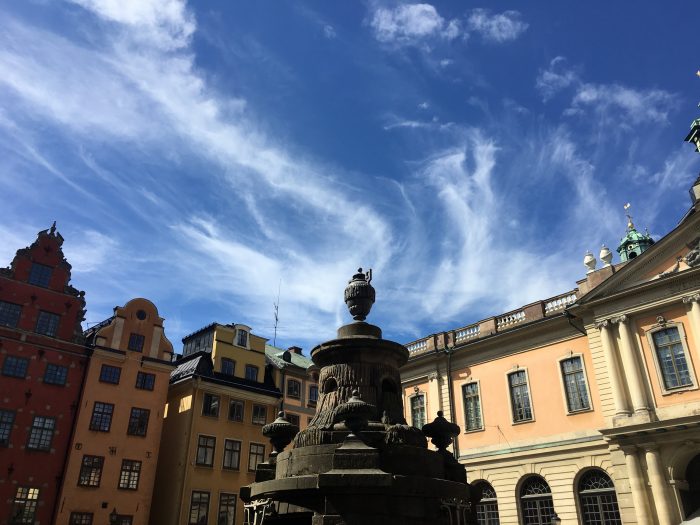 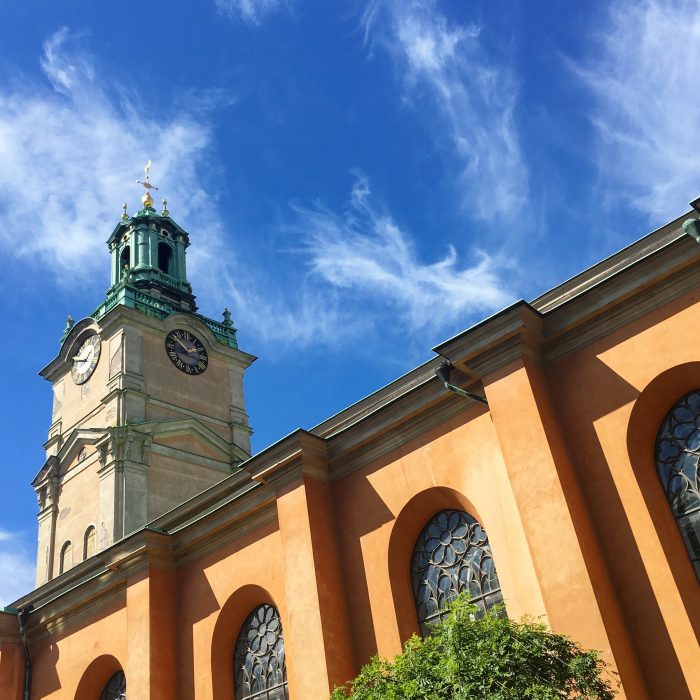 You can also walk a couple of blocks west to Stora Nygatan, which is lined with interesting shops, restaurants, and bars. We stopped for lunch at a spot called Barrels Burgers & Beer, which unsurprisingly had burgers & beer. 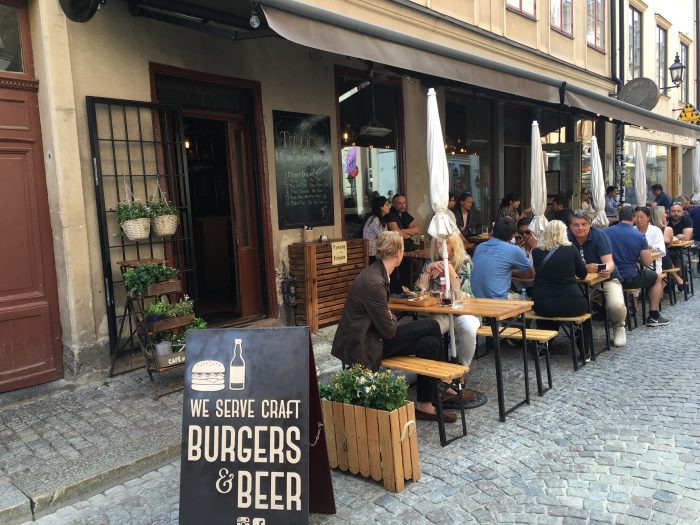 If you want a more peaceful photo walk, you can duck down narrow alleyways. 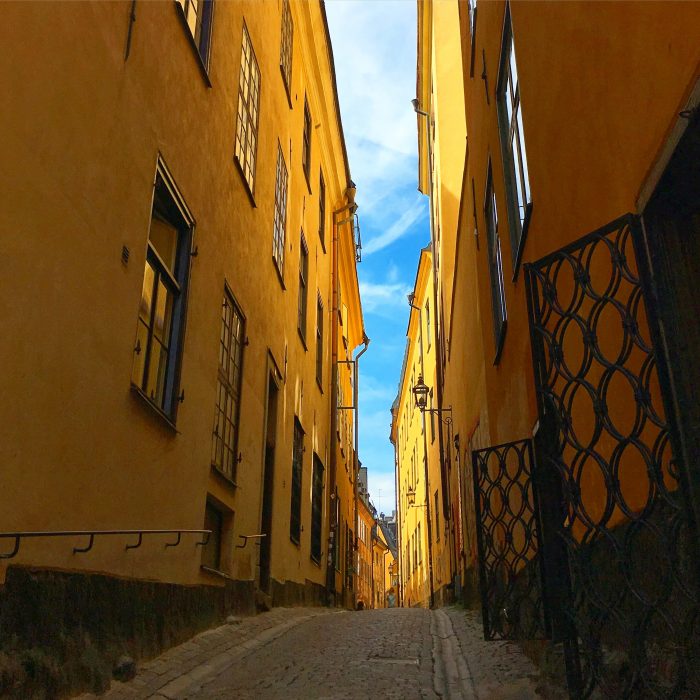 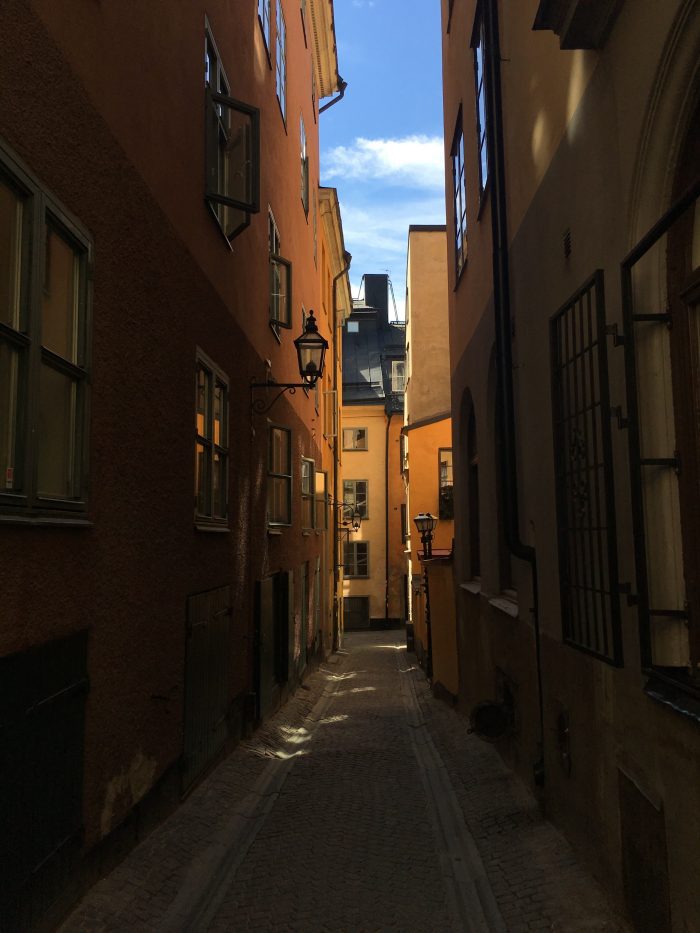 In the end, we chose all of the above. For the next couple of hours, we explored what felt like nearly every corner of Gamla Stan. The bright sun reflecting off the windows of the colorful buildings once again illuminated even the darkest alleys. Stockholm had quickly become one of my favorite architectural cities in the world. 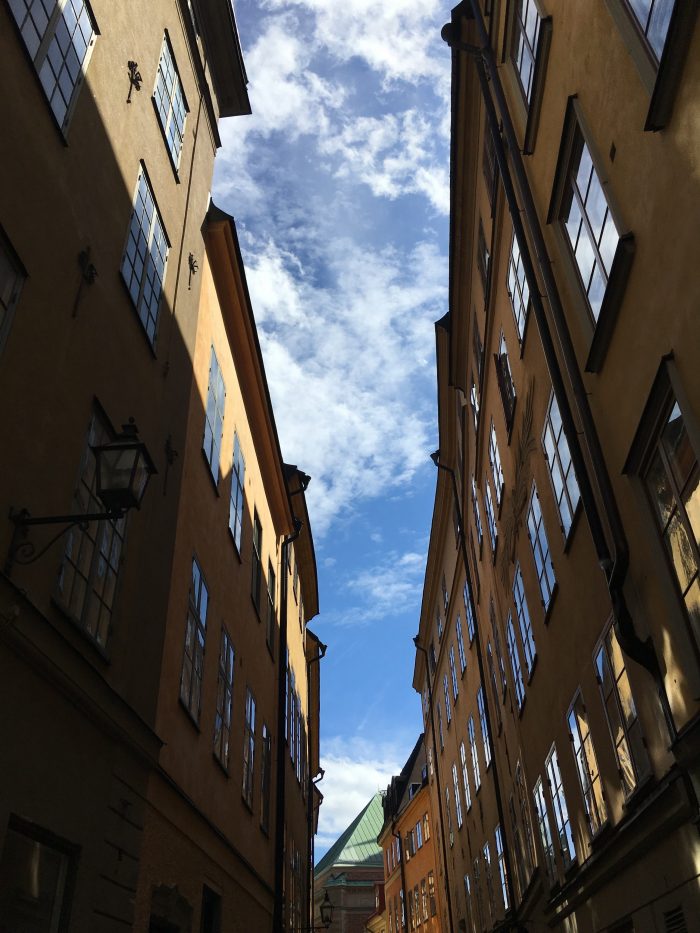 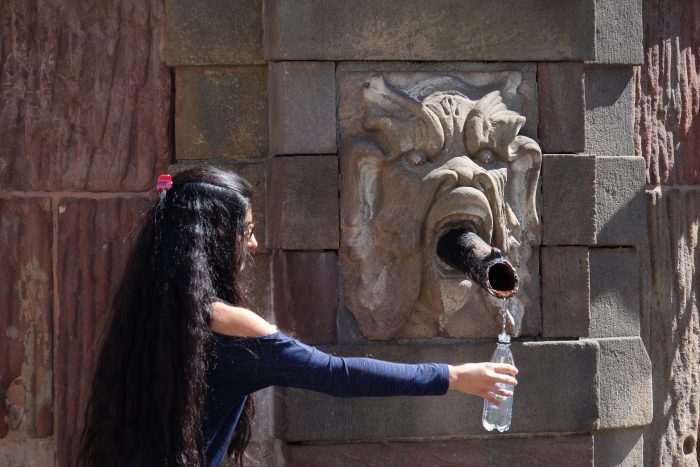 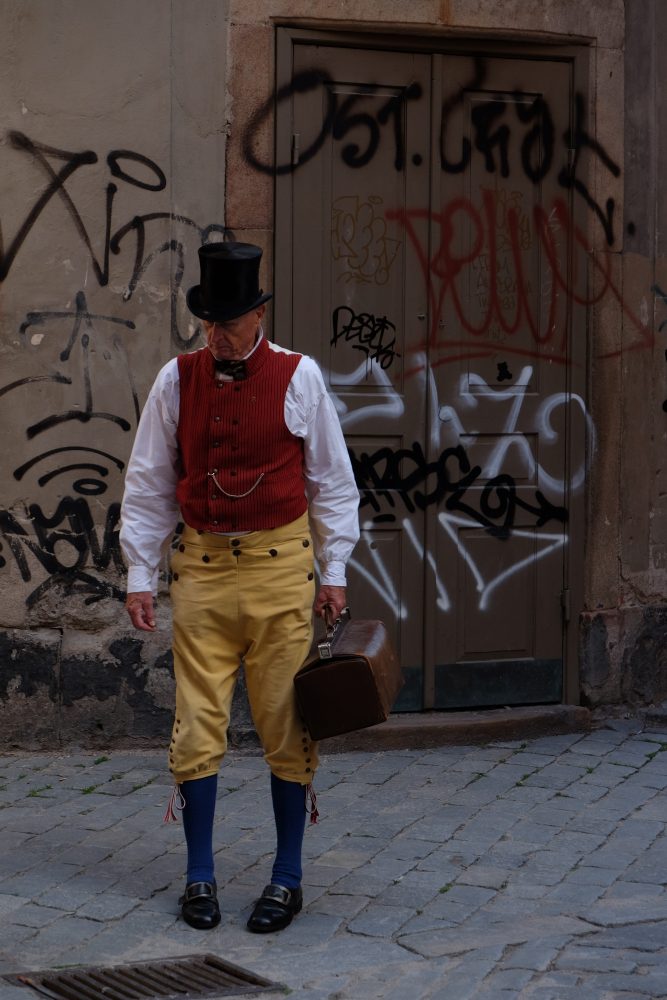 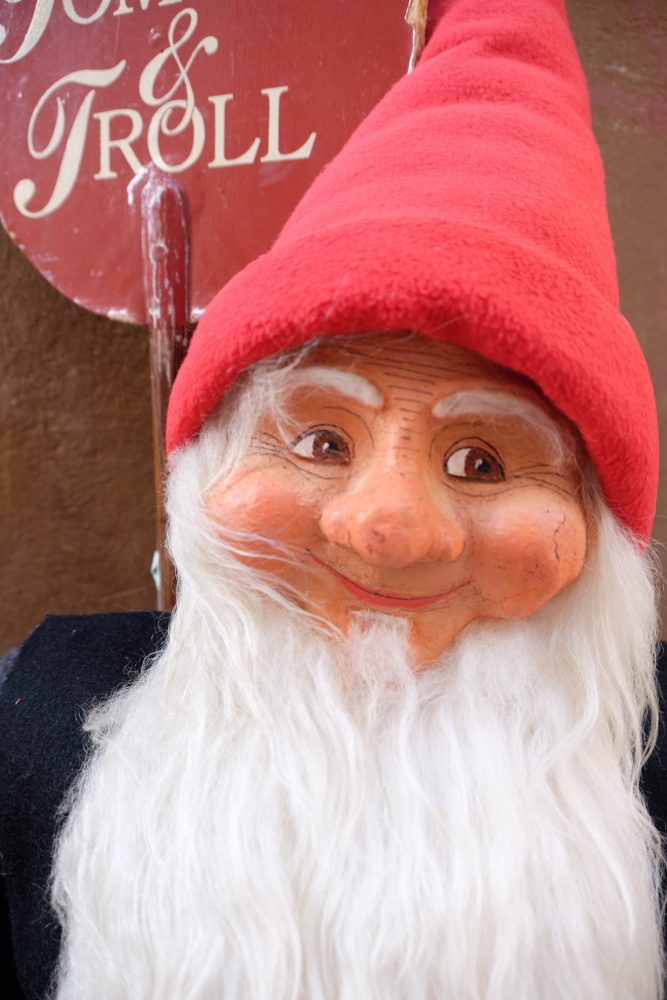 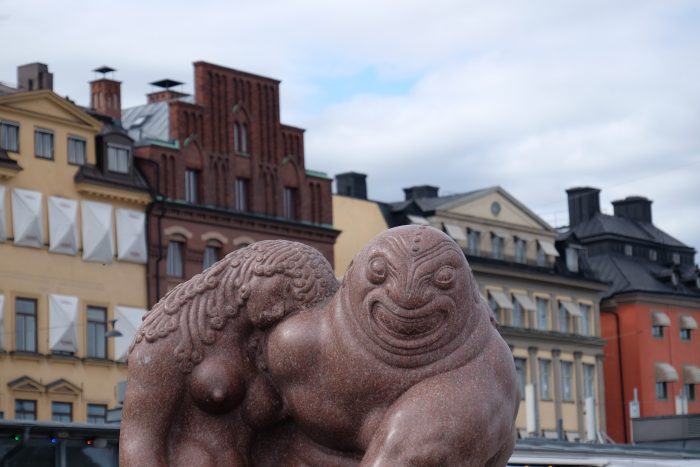 Our slow pace meant that we could take in every detail. How often have we all walked through a city at a normal pace and not noticed architectural details like these? 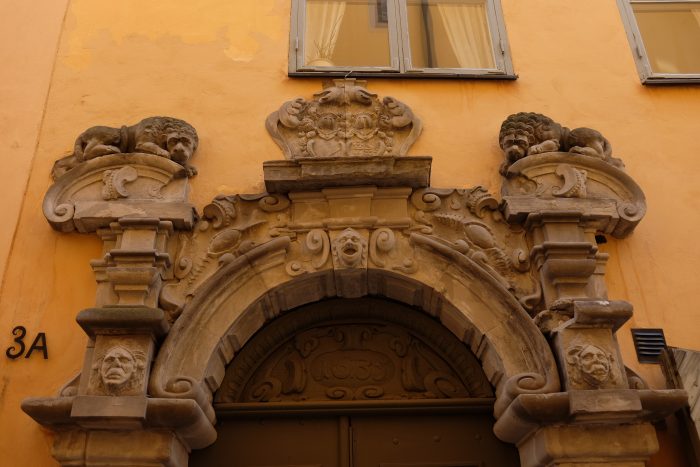 We would find ourselves back in one of the crowded areas of Gamla Stan, but when we wanted to be back in the quiet again, it was easy to duck down a side street and find more peace. 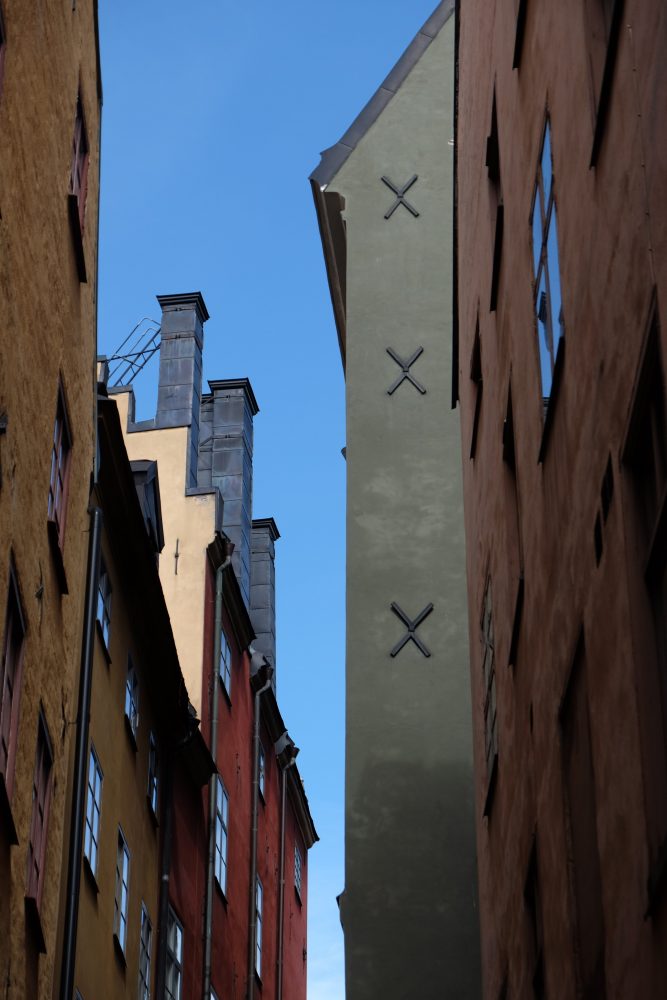 Street musicians occasionally broke the quiet, but added to the atmosphere. 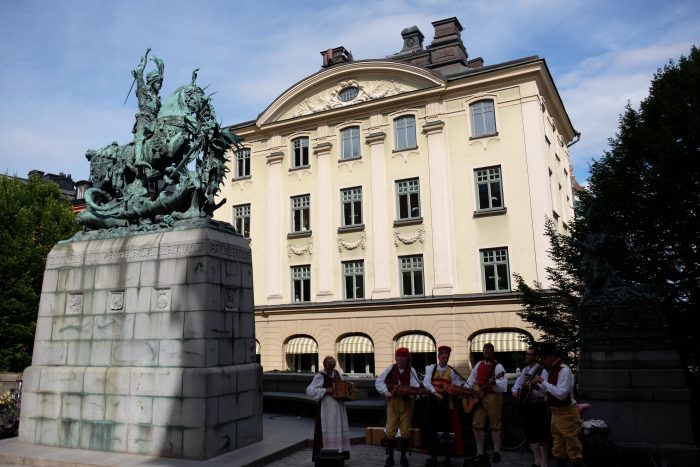 Thanks to its unique architecture that spans a period of centuries, Stockholm is one of the best cities for photography that I have visited. Everywhere you look, there’s something new & interesting (or old & interesting) to take a photo of. While there are of course plenty of great things to do in Stockholm, a day spent outside with a camera in Gamla Stan is plenty to keep you enthralled. 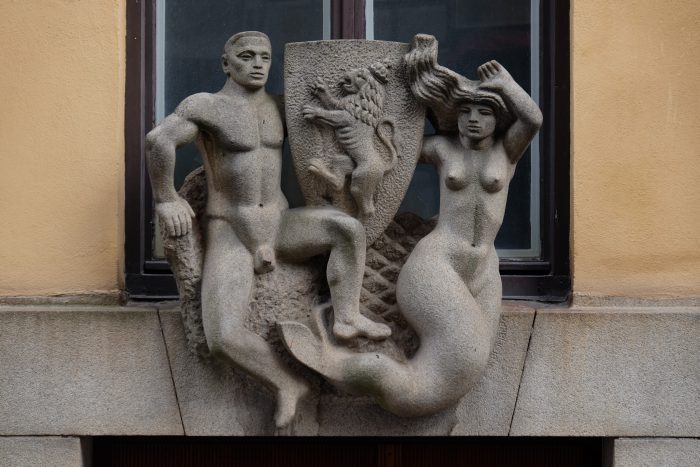