My final stop on my tour of Kuala Lumpur’s lounges in the satellite terminal was the Malaysia Airlines Golden Lounge. With Kuala Lumpur being the home base for Malaysia, this lounge is their chance to impress, as should be the case for any airline’s flagship lounge. I visited the main Business Class lounge, though there is also a separate Platinum area for First Class passengers. 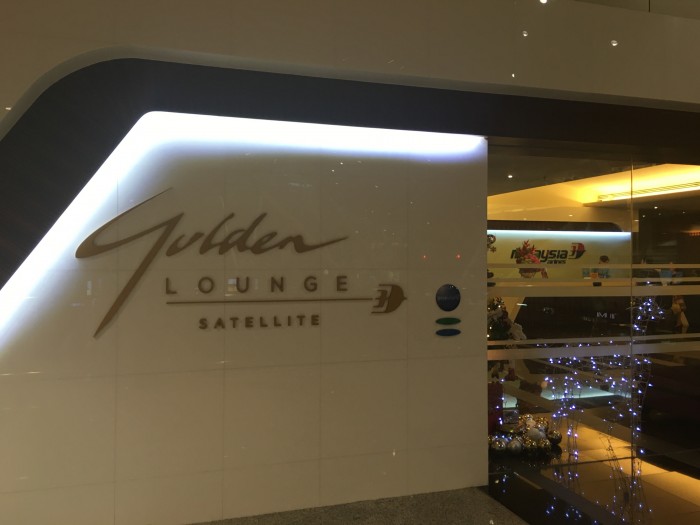 My visit got off to a cool start, with the entrance featuring some Star Wars pewter figurines. I have no idea what these had to do with Malaysia Airlines, but they were still interesting. 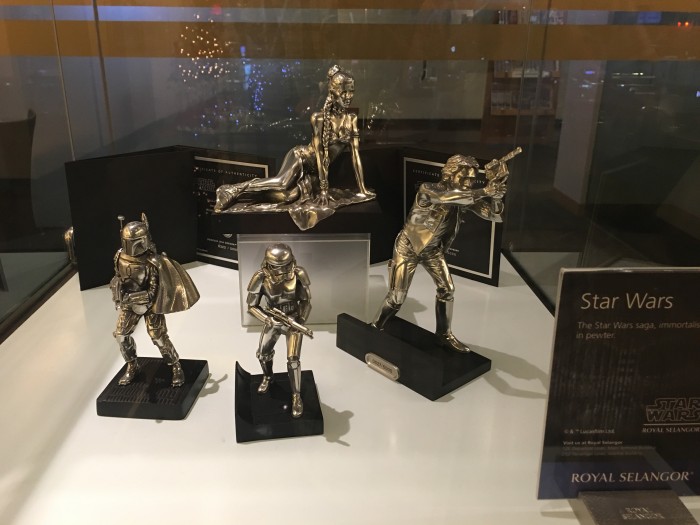 Even before you enter the main part of the Malaysia Airlines Golden Lounge in the KUL satellite terminal, you can tell it’s a huge lounge. A wide, long entrance first passes a bar before opening into the large main room. 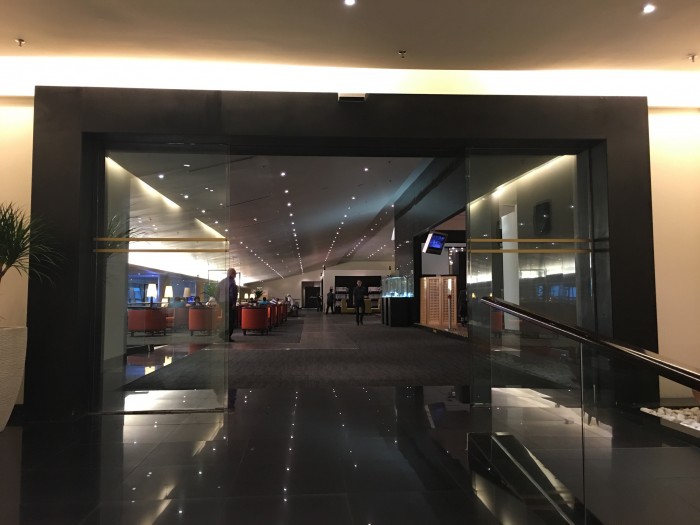 The bar doesn’t have a large selection, as you might expect since it’s in Malaysia, but unlike the Plaza Premium lounge, it’s all free. The bartender was friendly to the point that I felt bad leaving him to go into the main part of the lounge. There are a couple of TV screens here showing sports and movies. Since the lounge is open 24 hours a day, you can stay entertained and hydrated here if you have a long wait before your flight. 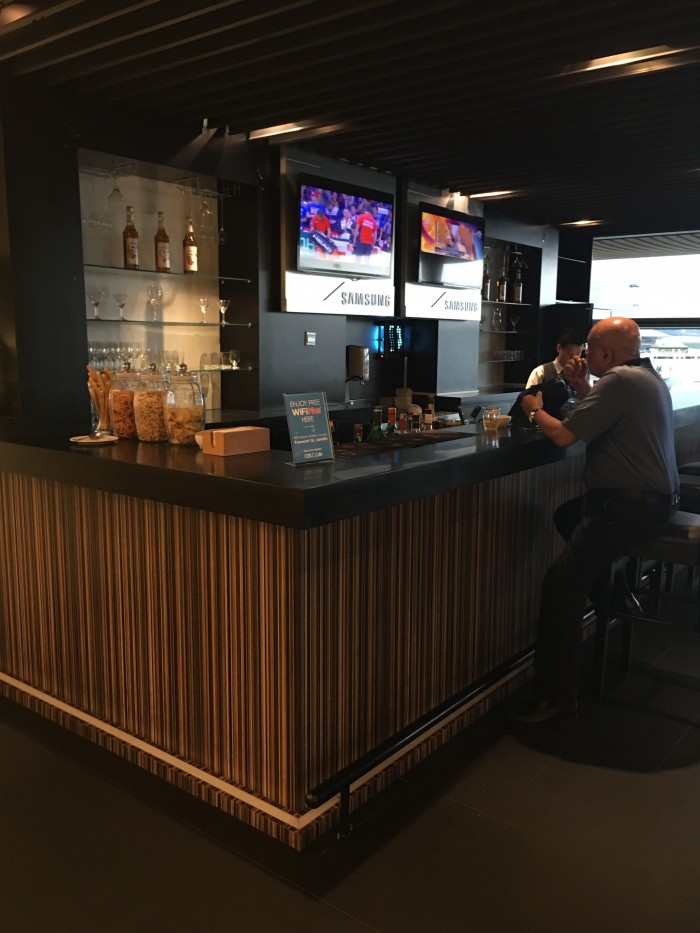 The main part of the Malaysia Golden Lounge is cavernous, nearly to the point that it’s depressing, if only due to Malaysia Airlines’ recent history. One can’t help but wonder how much busier the lounge was prior to their double tragedies in recent years. Still, even with the airline’s difficulties & restructuring, the employees I encountered were all professional & provided good service, making me wonder what the excuse is for the poor customer service I often counter on U.S. airlines. 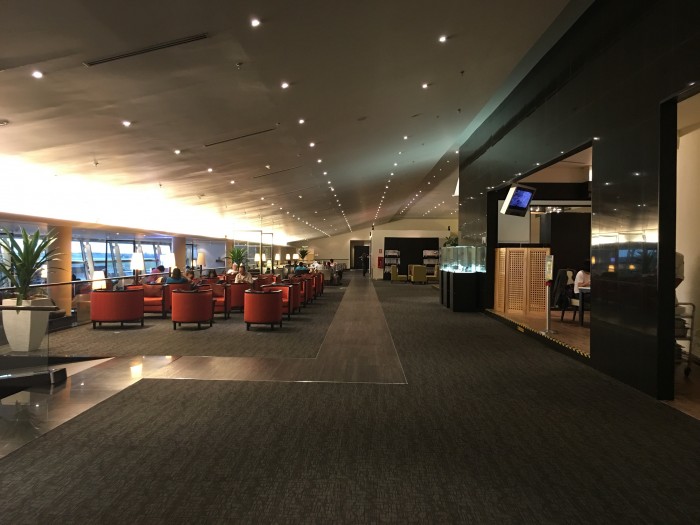 You won’t have any difficulty finding a place to sit in the Golden Lounge. There are all types of seating available, including plenty of tables for eating. The entire long wall of the lounge is lined with windows, letting in plenty of light & giving views across the tarmac. 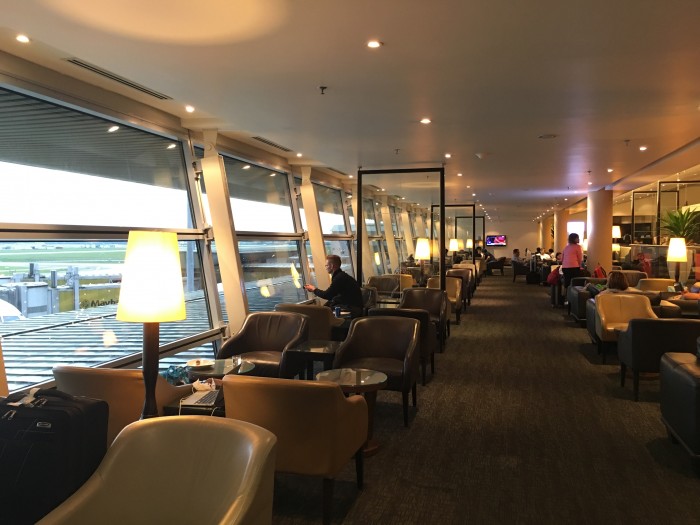 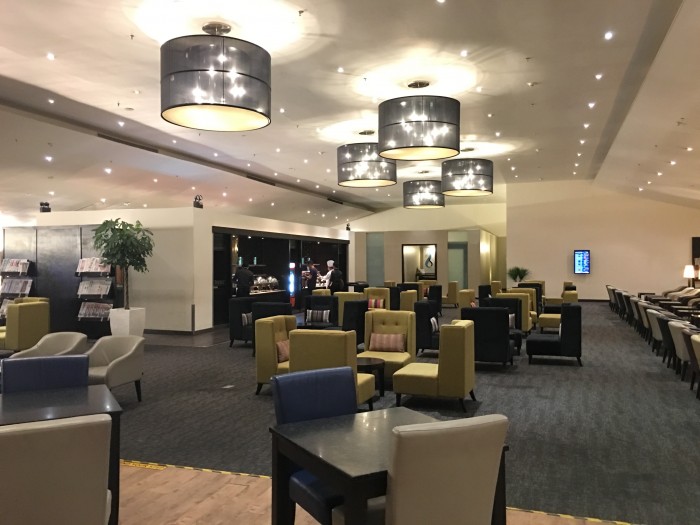 There is also a prayer room, which is a nice amenity, especially in a Muslim country such as Malaysia. For those looking for some pampering, there is a spa available, though the services are for a fee. 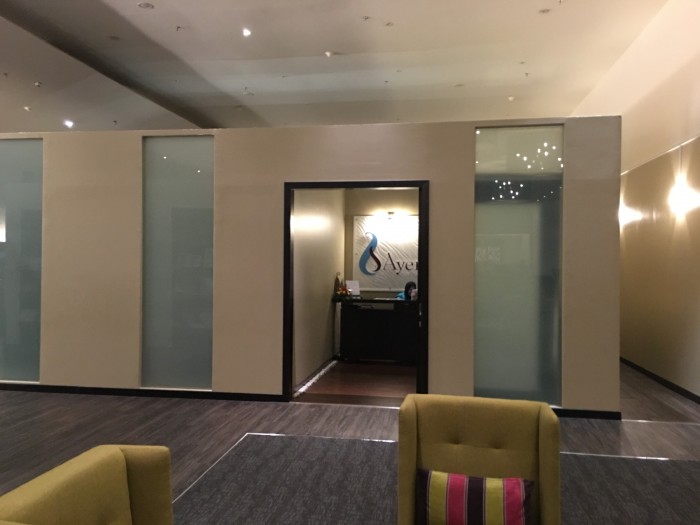 The main part of the lounge looked like it had been relatively recently refurbished, but some parts, such as the restrooms, looked like they had seen no attention in decades.

At first I had difficulty finding an outlet to charge my phone, but I realized that outlets were hidden under metal plates on the floor. Still, there weren’t many of them around. 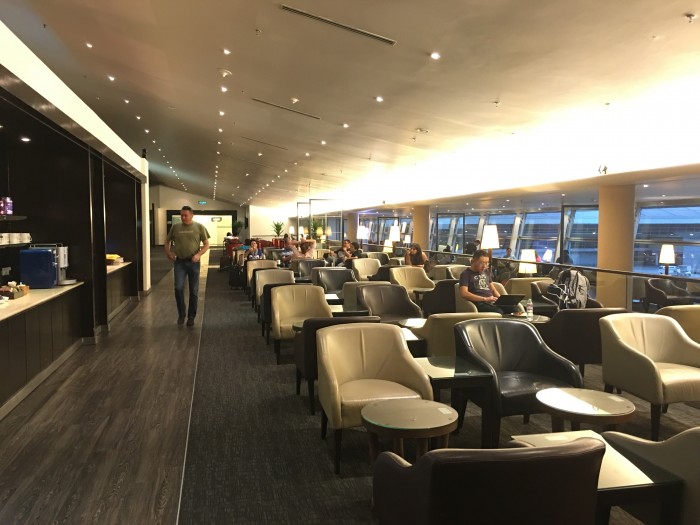 The food selection in the Malaysia Golden Lounge was among the best I’ve seen in an airline lounge, at least as far as breadth of selection. I only had a few snacks & some soup, so I can’t speak to the quality of everything, but what I had was just fine. 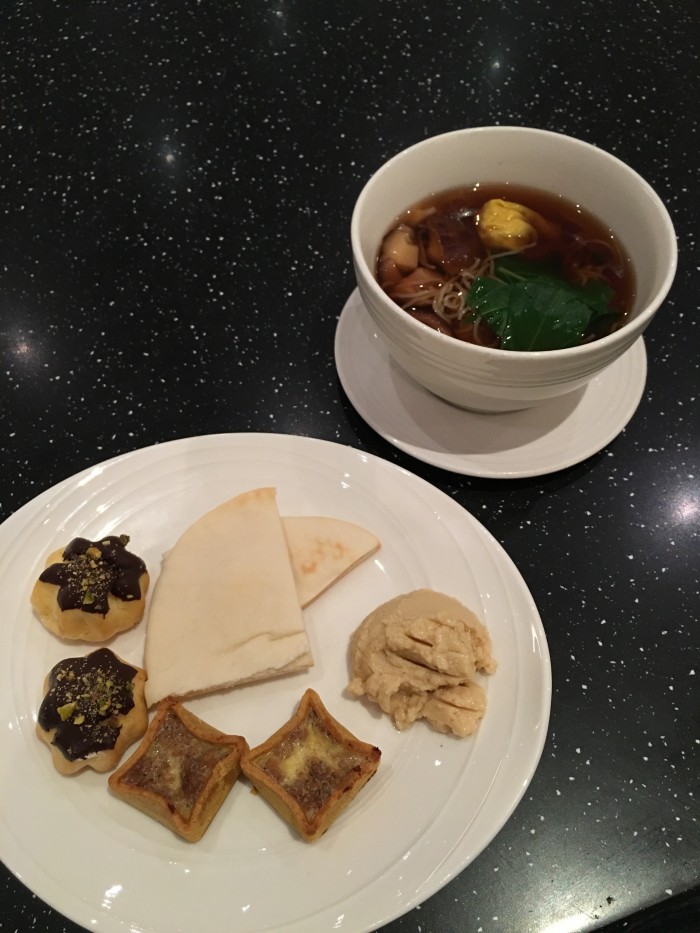 There were sandwiches, salads, fresh fruit, desserts, and lots of hot appetizers. 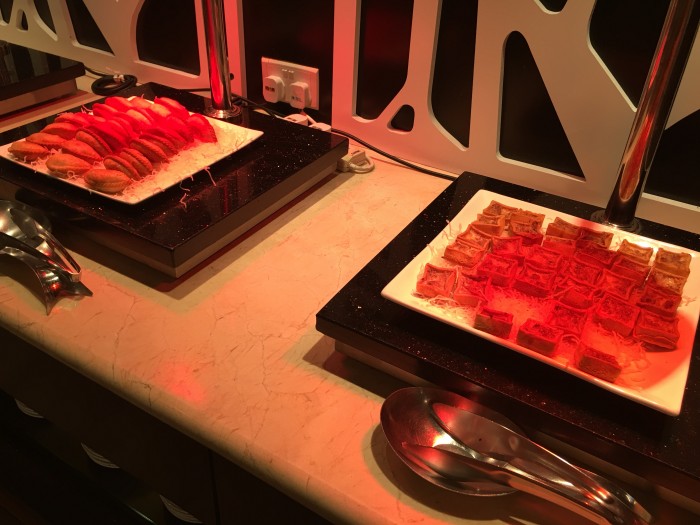 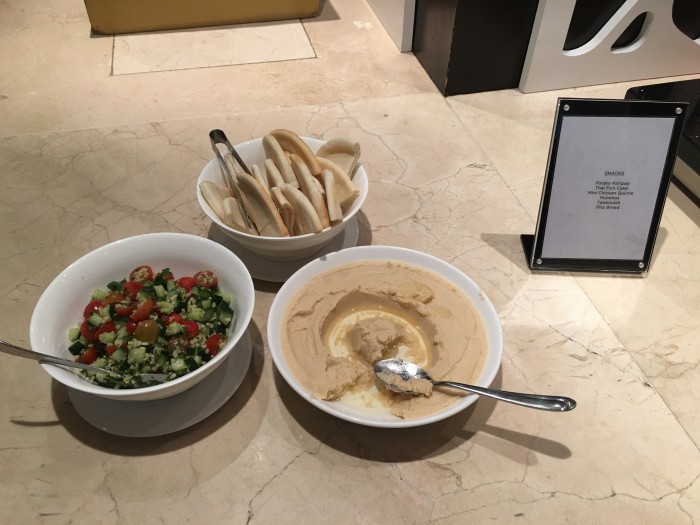 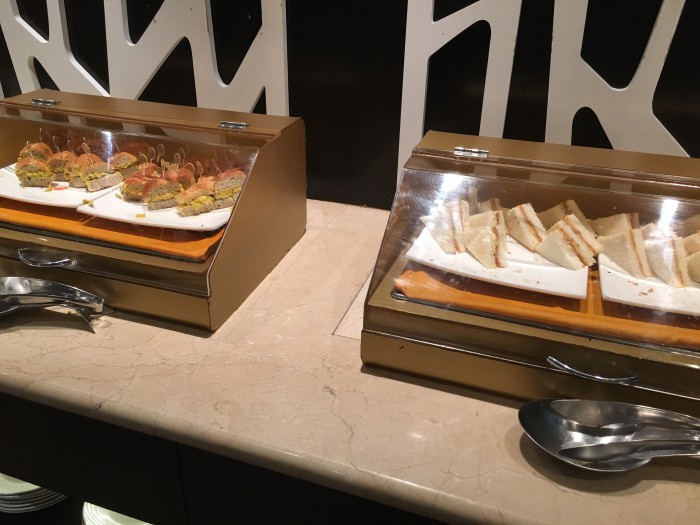 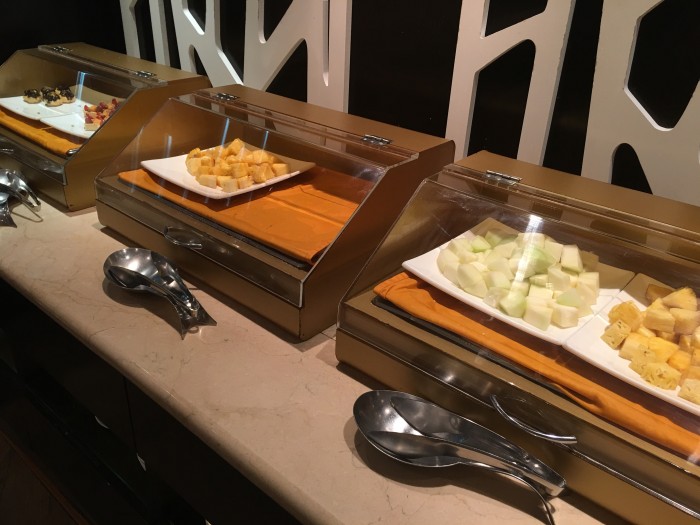 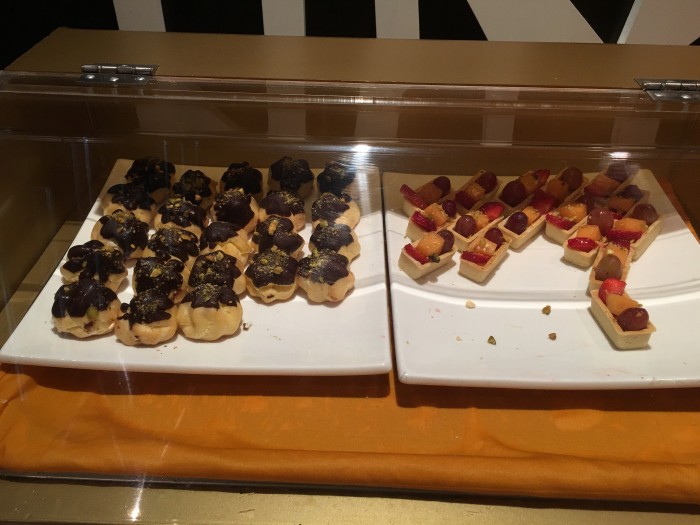 There was also a soup bar with made-to-order meals. 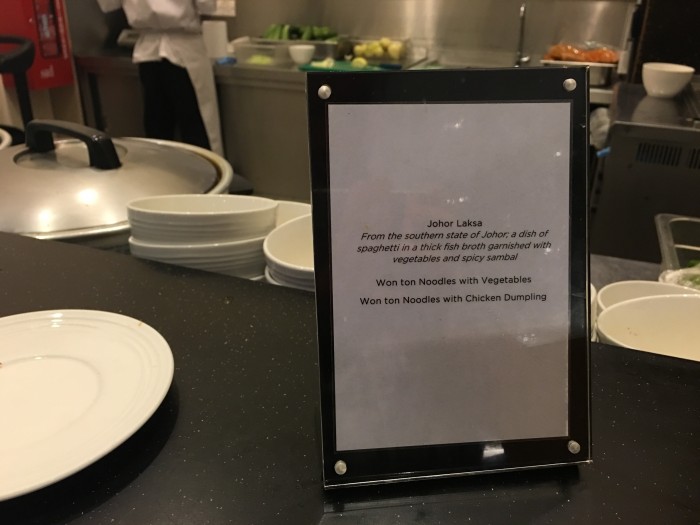 As well as a large coffee bar. 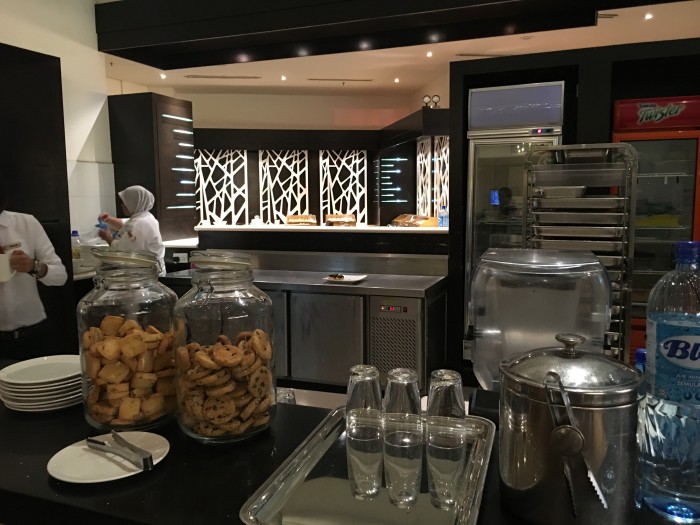 A large selection of hot Asian & Western dishes was available in the center of the room. It was the largest buffet I’ve seen in a lounge. These are just a few of the foods that were available. 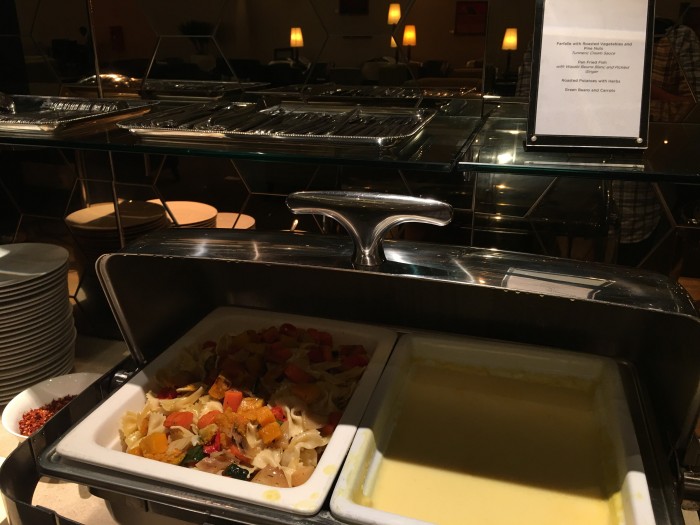 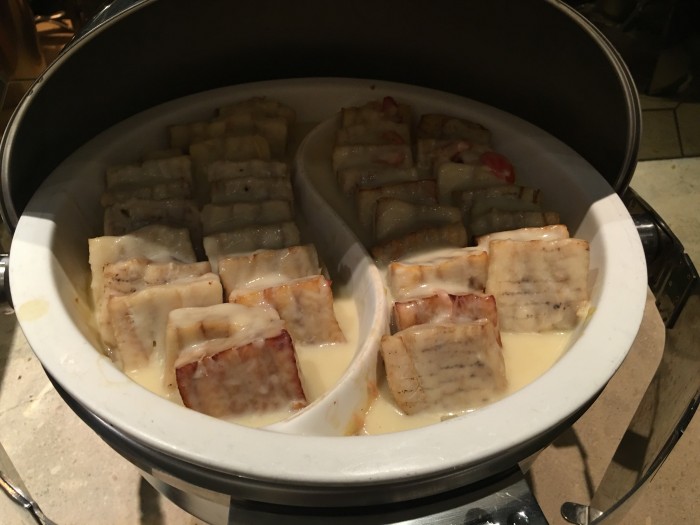 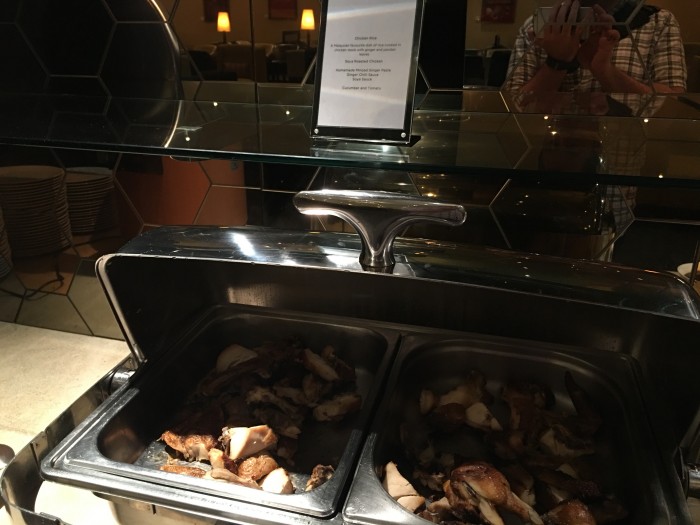 Between the food selection & the huge amount of space, the Malaysia Golden Lounge was easily the best of the three lounges I visited in the Kuala Lumpur satellite terminal. If you’re picking between lounges, skip the Cathay Pacific & Plaza Premium Lounges and just come here instead. While it’s a bit rough around the edges, the Malaysia lounge is not a bad place to kill a few hours before your next flight.