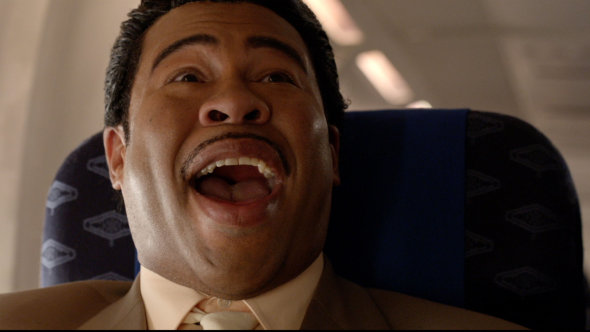 One of the best sketch comedy shows of all-time, Key & Peele, ended its run last night on Comedy Central. The duo has made several funny sketches about travel throughout the years, so they couldn’t sign off without one last one. In this sketch, a traveler is asked to switch seats, but gets upgraded to Economy Plus in the process.

Watch Key & Peele‘s “Airplane Continental” AKA Economy Plus below:

Sure, this might not have been their funniest sketch of the hour-long send-off (I laughed the hardest at the Ray Parker, Jr. and talk show microphone debacle sketches), but I’m amused by the notion of someone being upgraded to Economy Plus and thinking that it’s the best thing in the world.

First, he loves the extra foot room, because who wouldn’t?
Then, it’s being amazed by the inflight shopping magazine.  “Sky Shop Mag-o-zine, don’t mind if I do!”.
The kicker (no pun intended ok fine, pun intended) is when a kid starts pummeling the seat with his feet and he thinks it’s a shiatsu massage.

I won’t spoil the ending, but the punchline was great as well.

Maybe there’s something for all of us to learn here. The next time some kid starts kicking your seat, just think of it as a free massage. Some people would pay a lot for that upgrade!

Here are a couple of other travel-related Key & Peele sketches: