Sicily is the birthplace of cannoli, one of the best Italian desserts. For those who have somehow missed out on this culinary delight, a cannolo (yes, that’s the singular word, cannoli is the plural form in Italian) consists of fried pastry dough that is then filled with a sweet ricotta-based filling that can have a variety of flavors. The combination of the crunchy pastry plus the smooth filling of cannoli is truly delectable. While in Sicily, I conducted thorough research in order to find the best cannoli spots in Catania.

I Dolci di Nonna Vincenza is the one of the best cannoli shops in Catania. Should you want something other than cannoli, the bakery also has a wide array of other Italian delights. 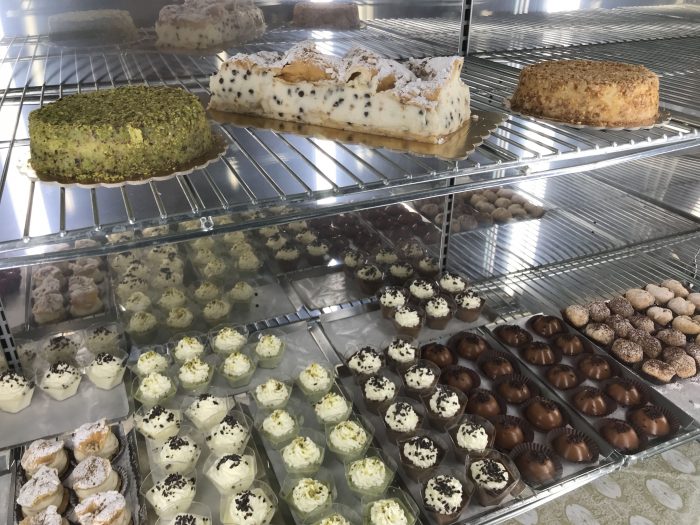 Tradition & quality shine through at I Dolci di Nonna Vincenza. The shop feels a bit more upscale than the others, both in the atmosphere & in the cannoli themselves.

The cannoli at I Dolci di Nonna Vincenza were my favorite cannoli in Catania. I had two different flavors: ricotta with pistachio and ricotta with almond. 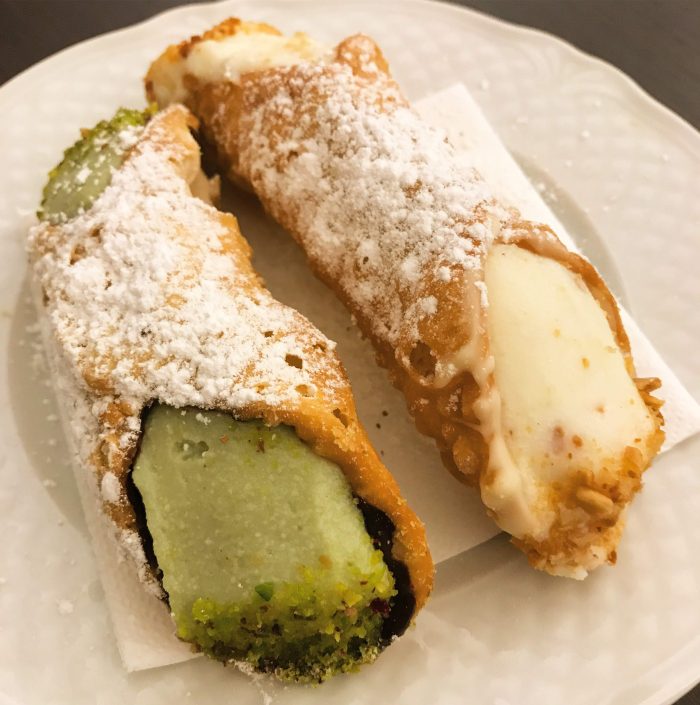 They were perfect. The shell was fresh & lightly crunchy, and it even had a thin chocolate lining. The almond flavored one was especially a revelation.

Should you get one last craving for cannoli when leaving Catania, I Dolci di Nonna Vincenza also has a shop at the airport. Yes, this. was not just my final cannoli in Catania, it was my final meal there period. 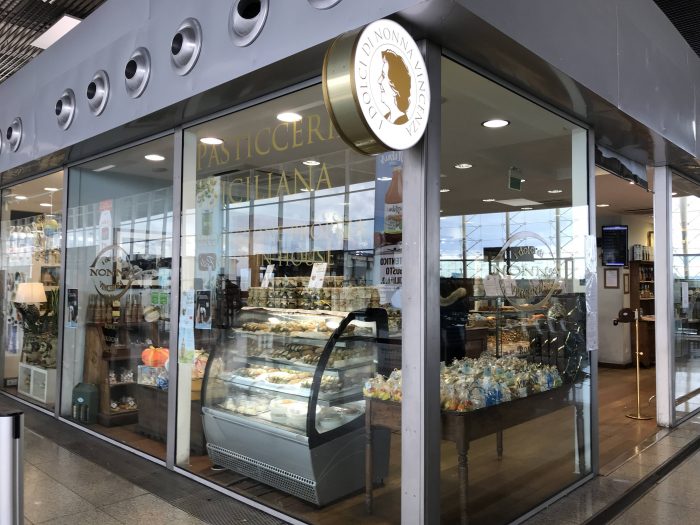 While I was in Sicily, I had many cannoli. The ones at I Dolci di Nonna Vincenza in Catania were my favorites, especially the almond. They also have a shop in the airport, so I regret not filling my carry-on when I left for the Netherlands #discovercatania

Fortune smiled upon me when I visited Pasticceria G. Looking to have one last snack before visiting Catania’s great cocktail bars, I got their very last cannolo of the day. The chocolate filling was thick & decadent, almost like cake frosting. Combined with another example of a nicely made shell, this was a rich treat. 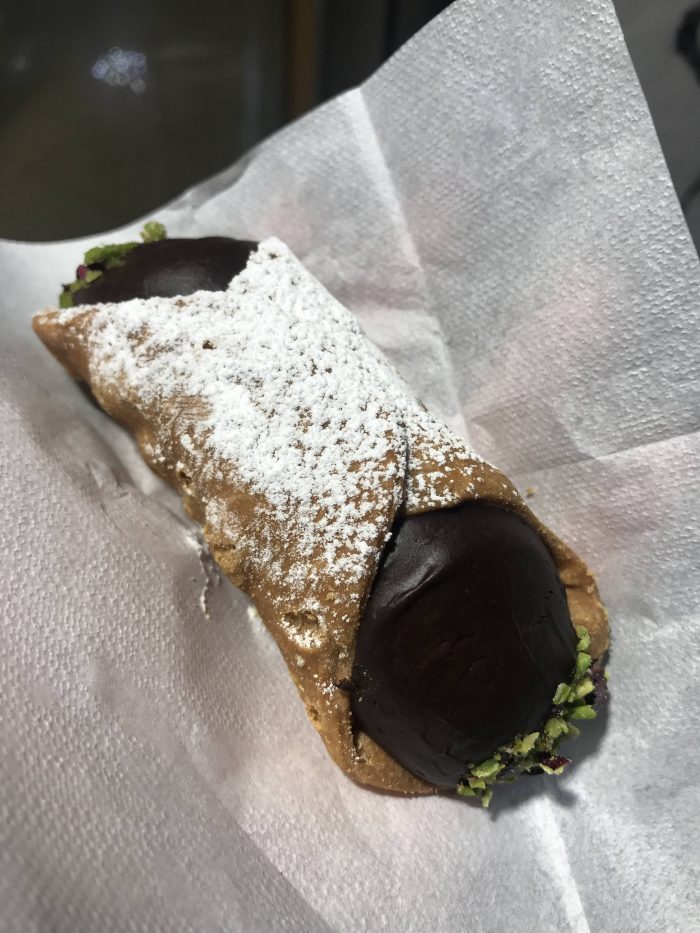 In addition to cannoli, Pasticceria G has plenty of other Italian pastries available, as well as gelato.

Pasticceria Sottile is located a bit outside of the main pedestrian shopping areas of Catania, a bit up the hill. If you’re in that area of town, it’s a nice place to stop for an afternoon snack.

The bakery had mini cannoli, as many of them do, but once again I opted for a regular-sized cannolo, so I could better compare the others. 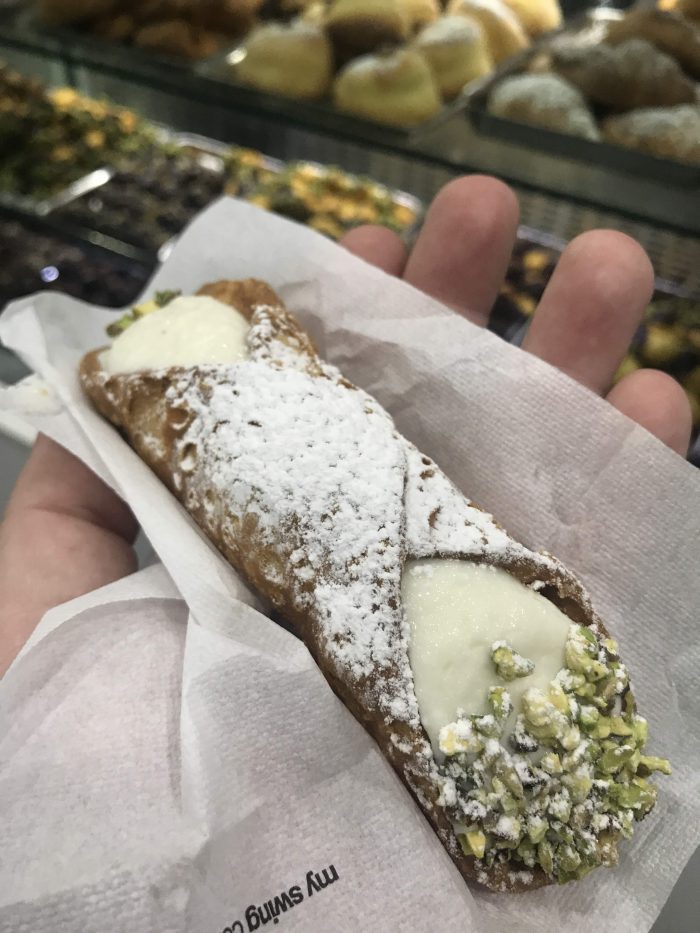 Their cakes looked beautiful, plus they also had plenty of cookies, plus gelato. 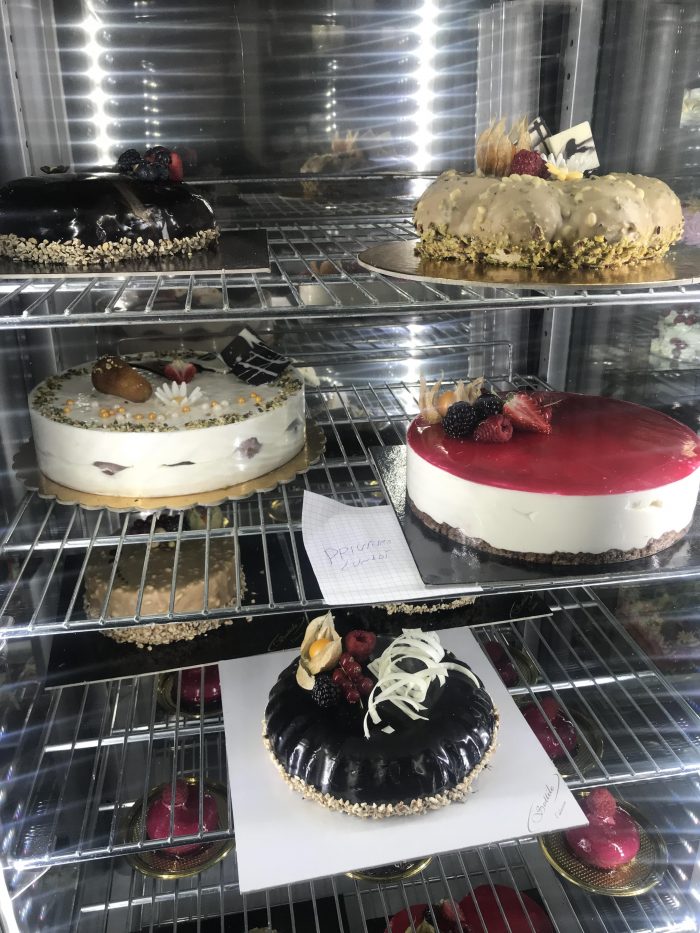 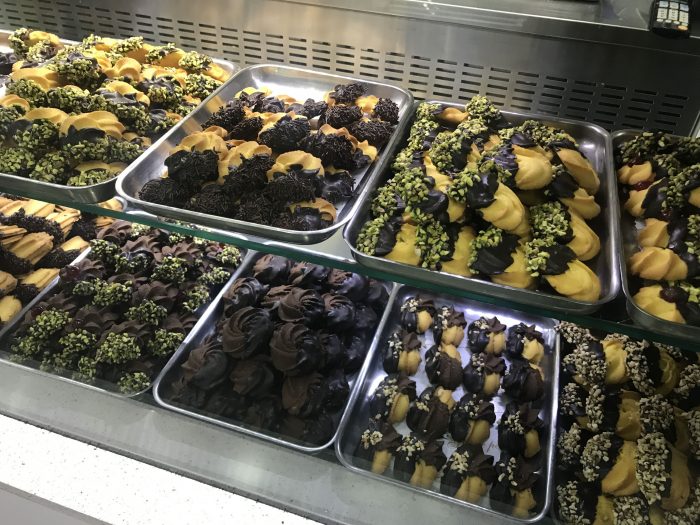 Vuciata is a restaurant, not a pastry shop, but it deserves its place on this list. If you’re looking for a nice dinner in Catania that’s filled with local tastes, Vuciata is a great place to go.

Between the homemade pasta, sausage & horse meatballs, cheese & meat platters, & Etna wines, it felt like we’d gone to visit a Sicilian grandmother who insisted that we keep eating more & more until we burst.

That’s why the cannoli at Vuciata are just right for the situation. The smooth, sweet ricotta filling is lighter than most, and the shell was crisp but not overly dry. It’s the perfect finale for a Sicilian dinner. 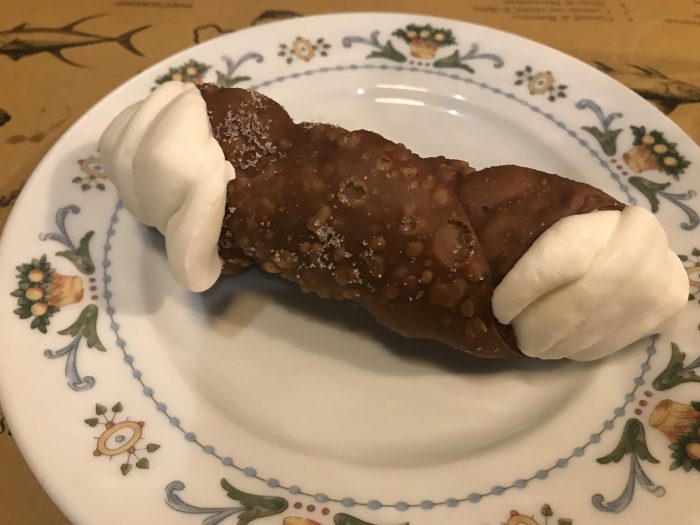 My friends at A Wanderlust For Life were able to visit another highly-regarded bakery in Catania called Prestipino, which had their favorite cannoli in the city. I trust their taste, as I also visited Vuciata with them. Be sure to check out their other recommendations of great foods to try in Catania!

Should this not be enough options for great cannoli in Catania, there are a few other highly-regarded shops including the famed Pasticceria Savia and Verona & Bonvegna.

No trip to Catania would be complete without eating a large quantity of cannoli. Every single cannolo was filled all the way through with a delectable ricotta mix. They don’t mess around in Sicily, unlike elsewhere in the world where you may encounter half-filled shells. Given how seriously food is taken in Sicily, offering incompletely-filled cannoli would likely result in expulsion from the island. Getting to eat the most authentic examples of cannoli in Catania while connecting with my Sicilian roots was a dream come true.

Looking for great food tours in Catania? Here are some options: 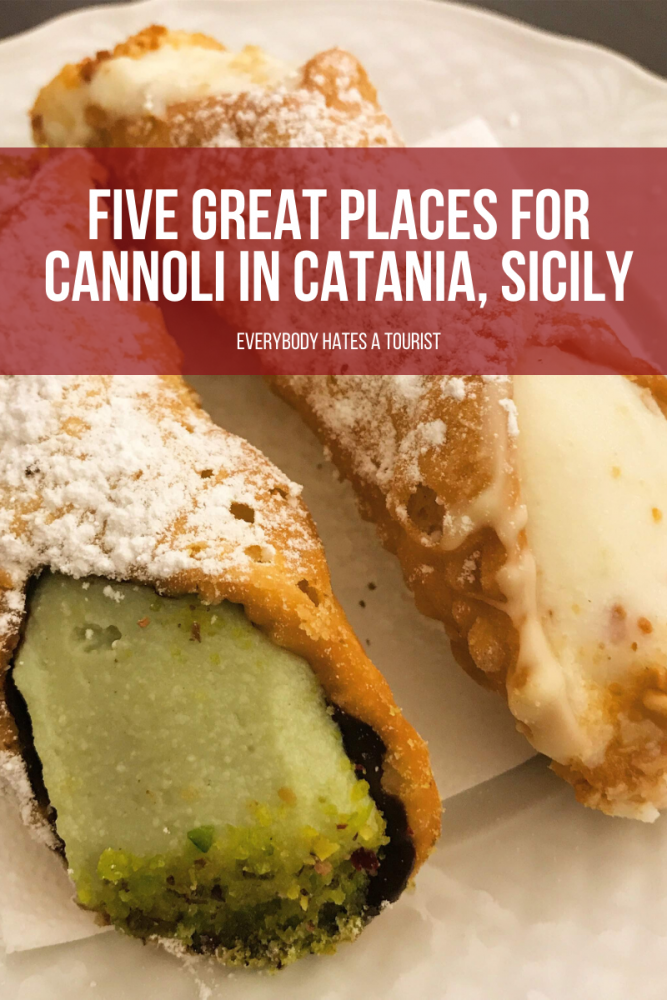