TBEX Catania was originally supposed to be held in March 2020. While the trip rapidly unraveled (read about my whole experience here), I was still able to visit a lovely villa just outside of Catania called Tenuta Del Gelso. At Tenuta Del Gelso, we explored orange groves, had a wine tasting, and ate some great local food.

A tour of the Tenuta Del Gelso villa & grounds

Tenuta Del Gelso (website) was originally surrounded by vineyards when it opened in Catania 1810. However, philoxera killed all the grapevines about 50 years later. As a result, wine is no longer made on site, but rather on the slopes of nearby Mount Etna. 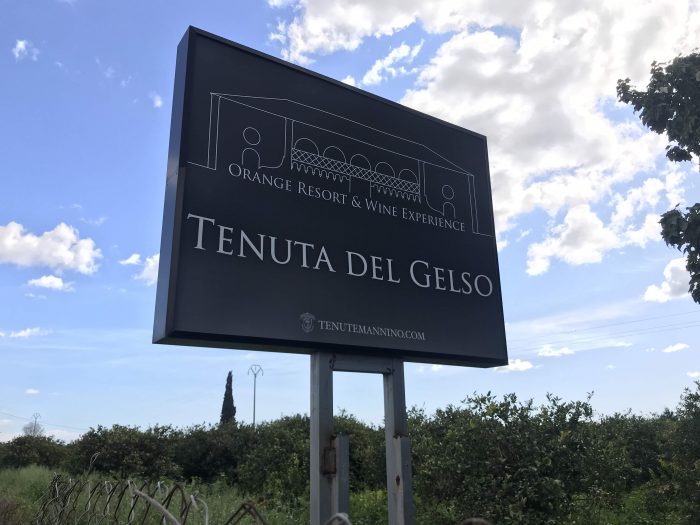 Back when Tenuta Del Gelso was a winery, 300 women would harvest all of the grapes. Those grapes were then dumped in through the windows of the building, where the women stomped them while singing. The combination of the scent of the grapes & sound of the singing must have been quite the sensory experience. 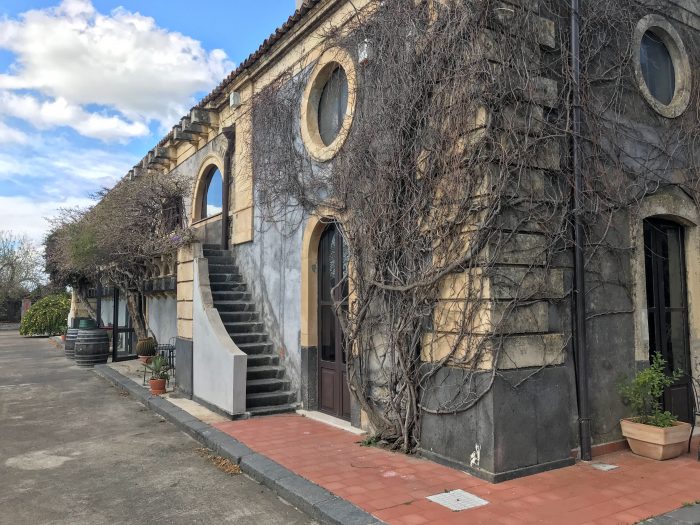 This style of Sicilian farmhouse is known as a villa padronale. While today it hosts wine tastings & events, it was previously the main building for wine production. 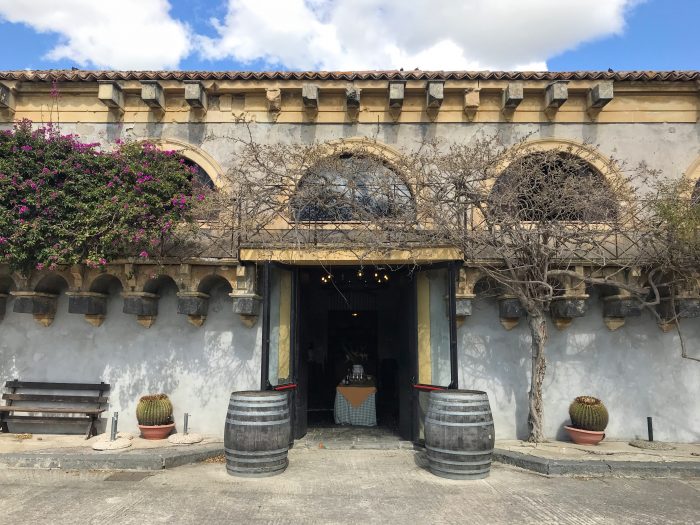 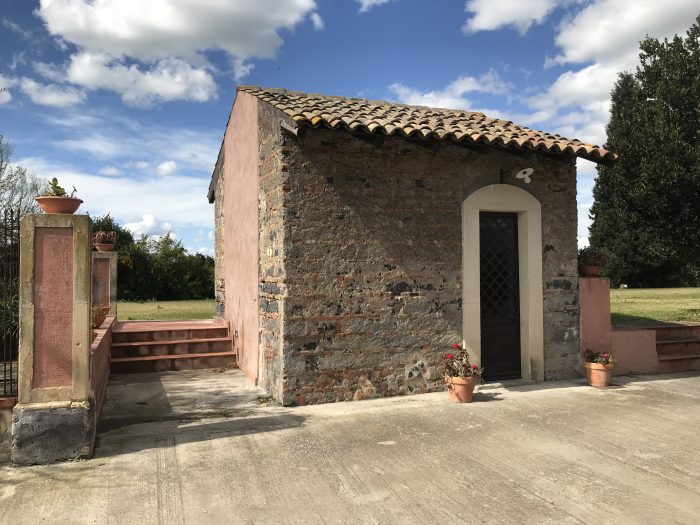 The villa’s production switched to oranges after the vineyards were cleared. Today, orange groves surround the building.

At one point there were 250 hectares of citrus groves at Tenuta Del Gelso, but today they are down to 52, growing a variety of oranges & lemons, including mandarins & blood oranges. Sicilian blood oranges are world-famous, with the volcanic soil helping their rich red color & sweetness. From this production of 500 tons of oranges, they make a variety of marmalades. 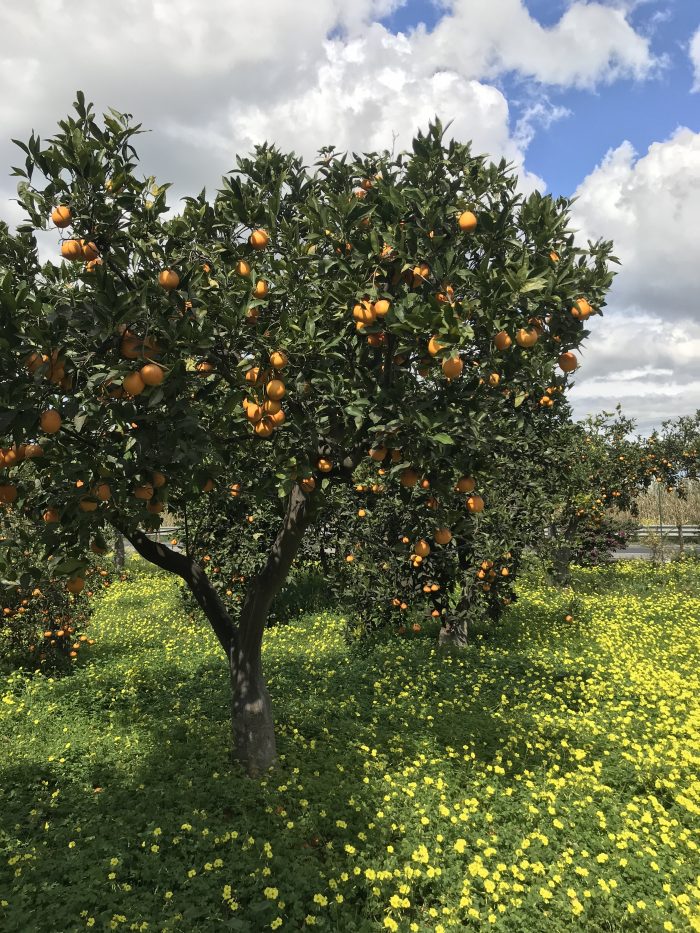 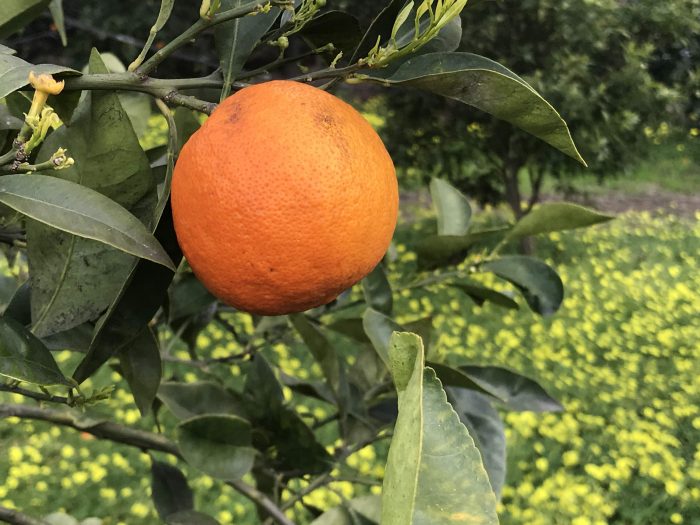 Sadly, climate change might keep Sicily from producing oranges within our lifetimes. This would be a shame, since the island’s food producers make some fantastic marmalades & drinks from each winter’s harvest.

Tenuta Del Gelso also holds private events. It would be a lovely place to have a wedding or a party. 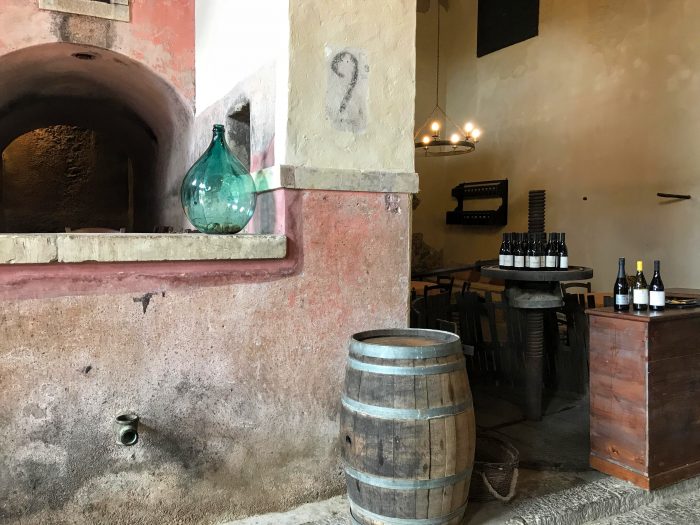 There are even hotel rooms available for rent. 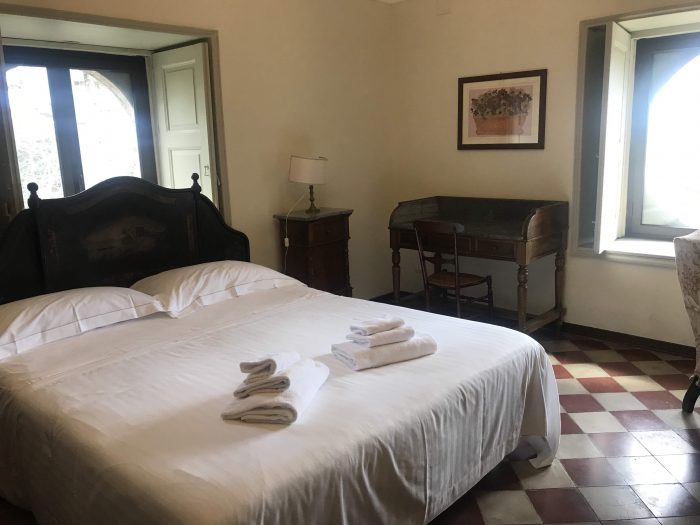 Imagine waking up in the morning to these views (also imagine that Mt. Etna is not shrouded in clouds when you do so)! 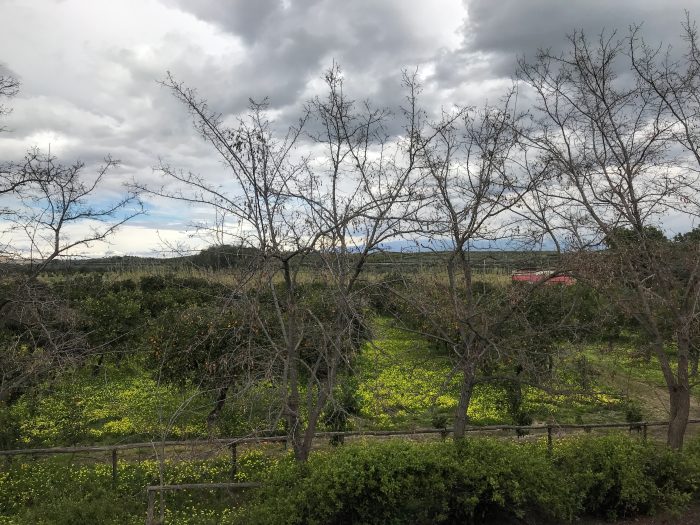 Tenuta Del Gelso is just one of the properties owned by the Mannino Family, whose patriarch Guiseppe Mannino welcomed us during our visit. Tenute Mannino di Plachi is their winery located on the slopes of Mt. Etna.

Thanks to the differing terroir & microclimates, the grapes are actually grown on two separate properties. Red wine comes from the north side of the mountain, while the south side produces whites. Here, the vines cling to terraces on the mountain & are harvested by hand, in accordance with the Etna D.O.C.

While Tenuta Del Gelso itself may no longer produce wine, it’s still a great place for a wine tasting. Our tasting consisted of three Tenute Mannino di Plachi wines. 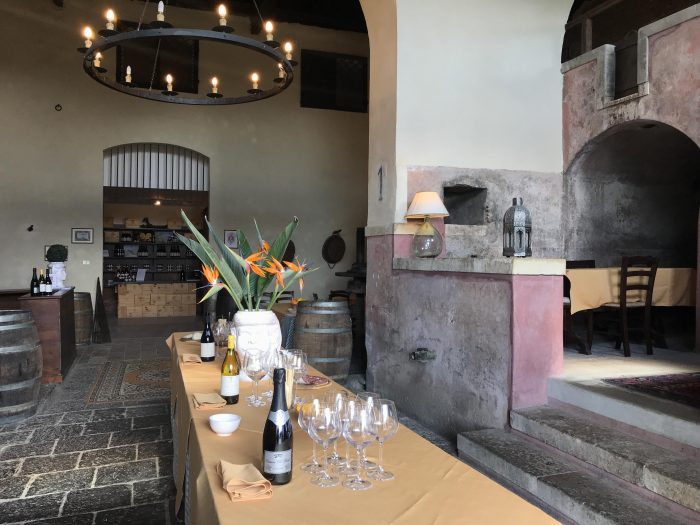 First, we started with a spumante (sparkling) wine called Caterina di Plachi. This wine is made from Nerello Mascalese, an Etna red grape. 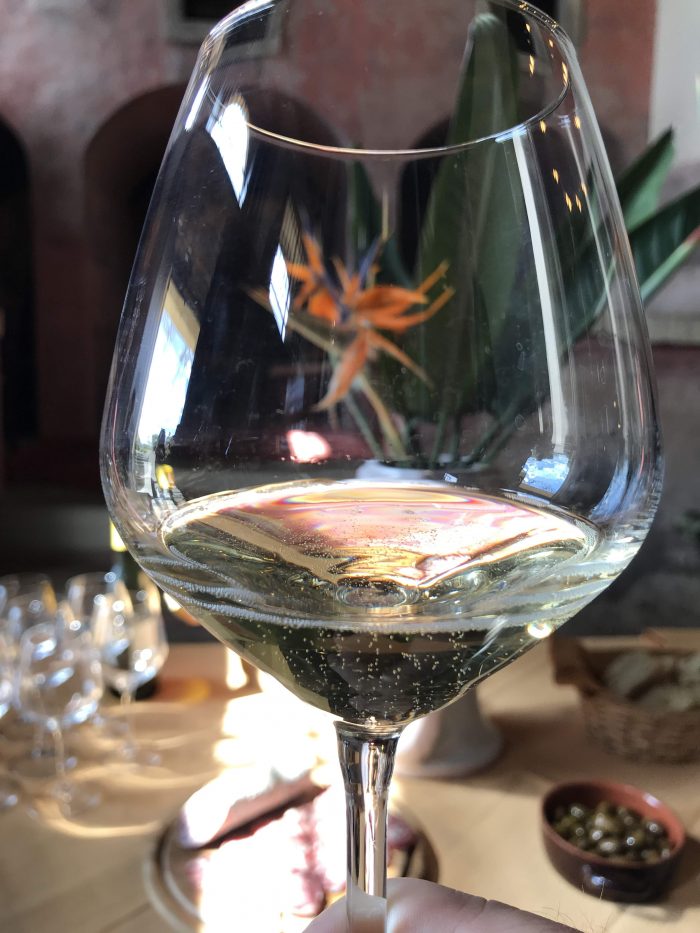 Next was their Tenute Mannino di Plachi Etna Bianco (white), made from Carricante, Catarratto, & Minnella grapes. 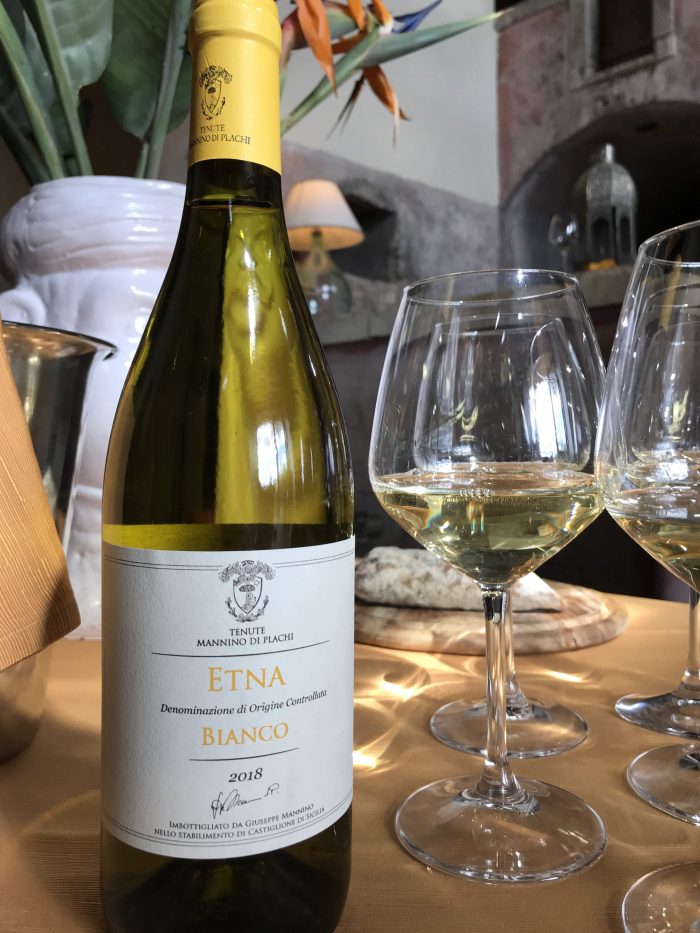 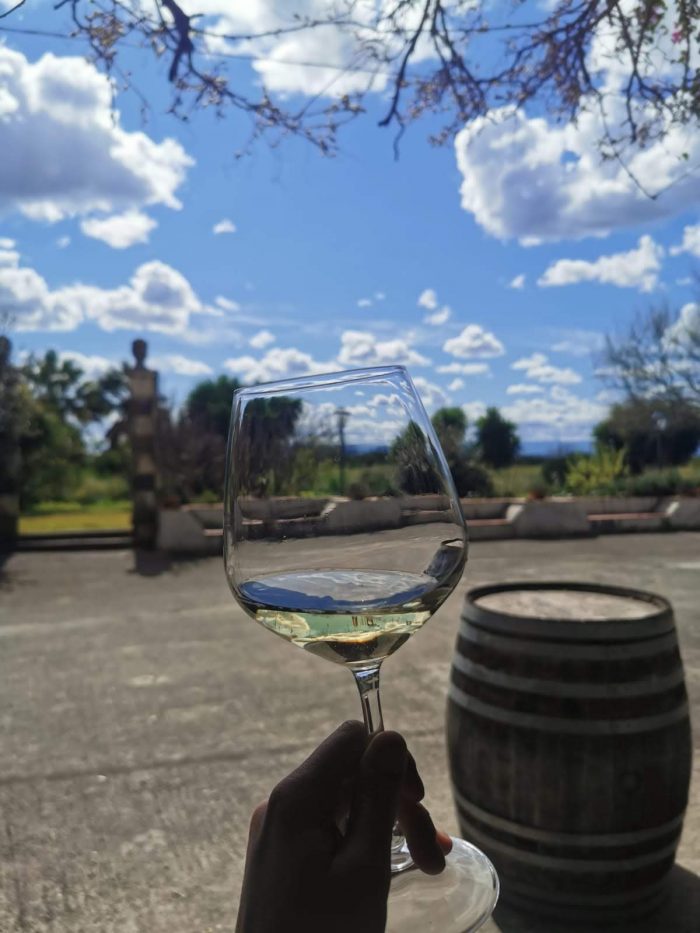 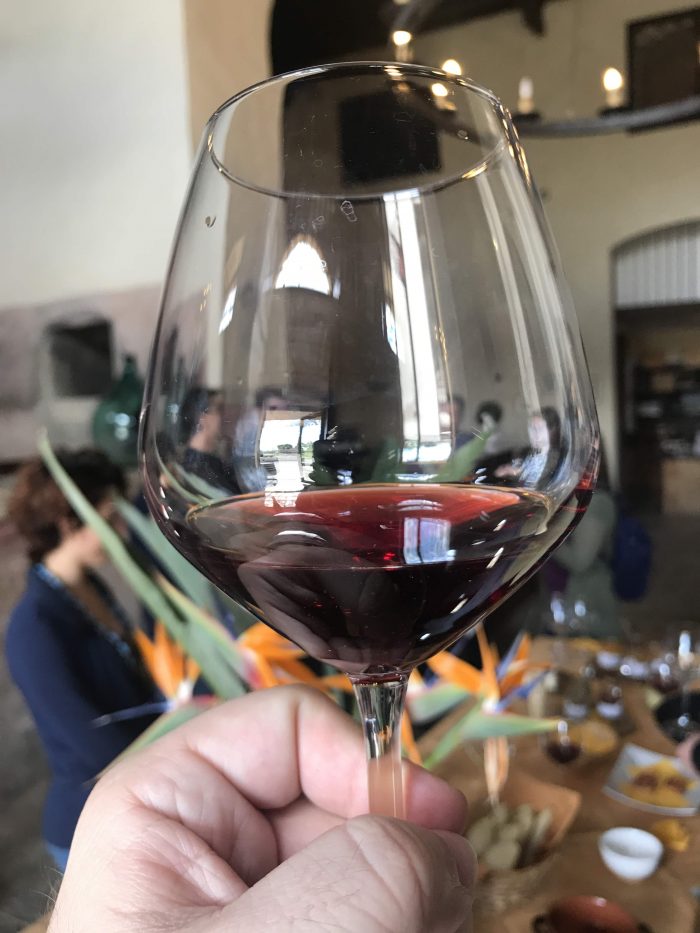 You can’t have a wine tasting without snacks, of course. We drank our wine with local salami, cheese and spreads. In addition to their orange marmalade from their orchard, they also had a Sicilian take on guacamole thanks to their avocados. Both are available in their shop. 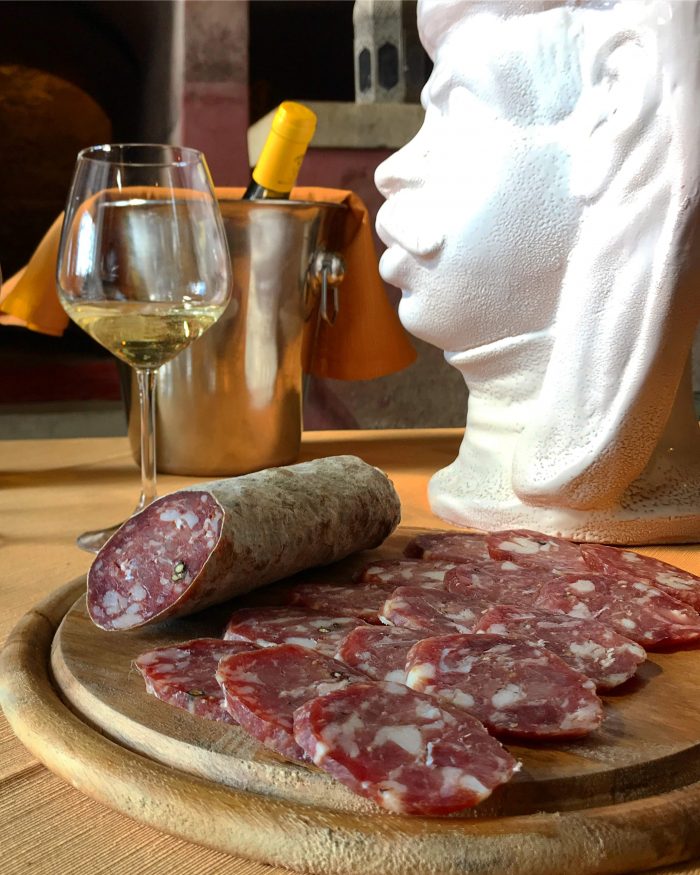 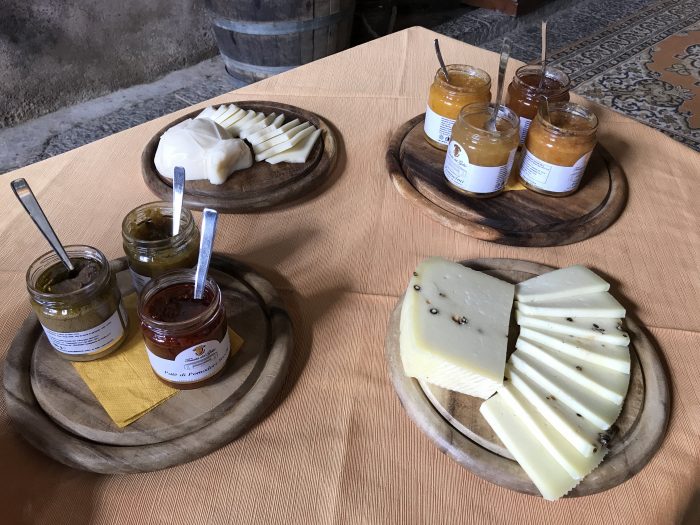 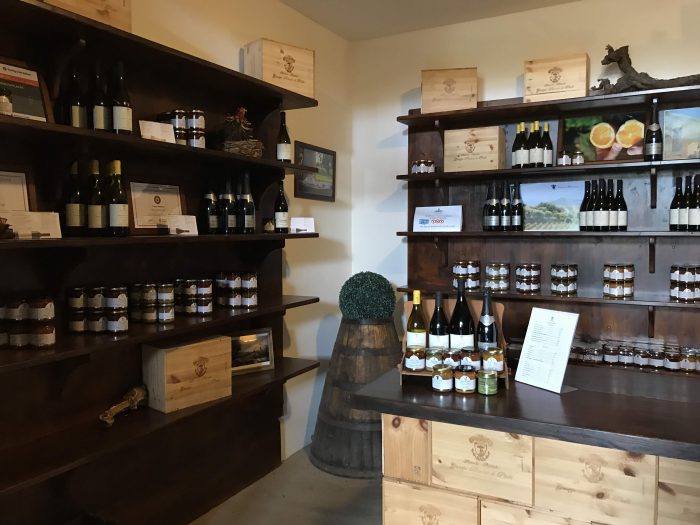 I was only able to spend a couple of days in Sicily before I had to leave, but in that time I managed to have plenty of Etna wines & Sicilian salami #discovercatania

There’s nothing more quintessentially Italian than good local wine & food products made with care. Between their wines & other products, Tenuta Del Gelso & Tenute Mannino di Plachi have been producing quality goods in Catania for over two centuries, long before trendy phrases like “artisanal” or “small-batch” became used for marketing, rather than simply being how things were done.

Disclosure: My Tenute Mannino wine tasting at Tenuta Del Gelso was complimentary thanks to TBEX. All opinions are my own. 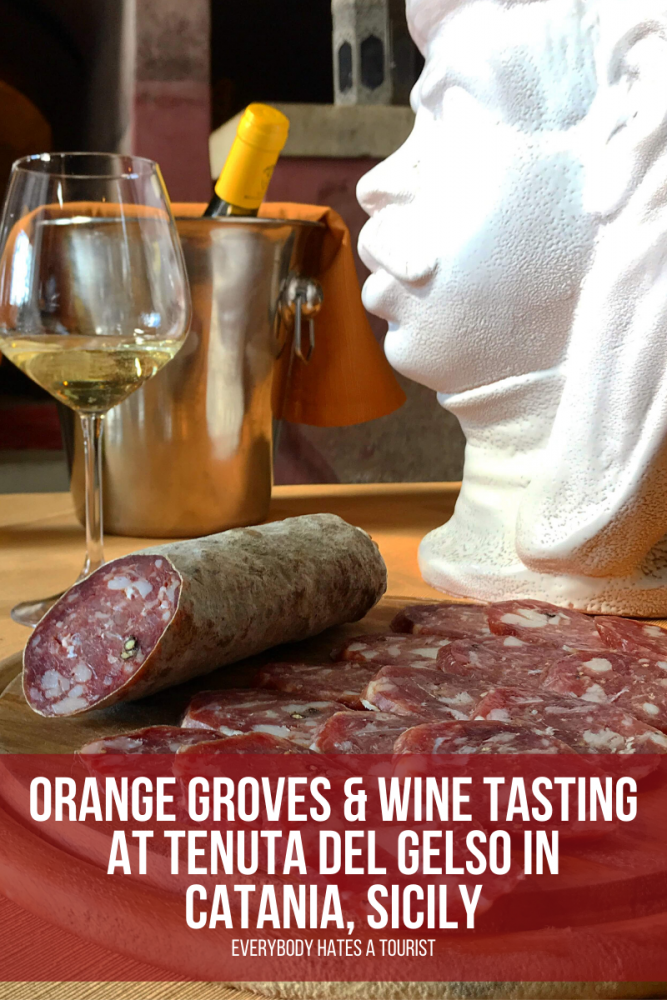