Following my shuttle adventure, my flights to Manchester were pretty uneventful. Nobody tried to sing to me, and nobody tried to kill me. I used miles to fly on U.S. Airways in first class and Envoy the whole way. Between it being off-season and having the US Airways credit card, the ticket was only 55,000 miles, which is a fantastic deal. 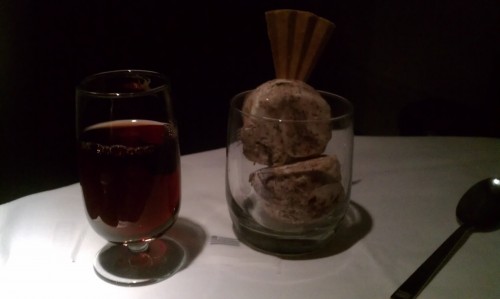 Port and Ice Cream for dessert

We were slightly delayed coming in to Manchester, and then we had to wait a while to get a gate, so after flying through passport control and getting my bag, I only caught my train to London with about 15 minutes to spare. I believe I could have just used my ticket on the next train, but it was better not to find out. 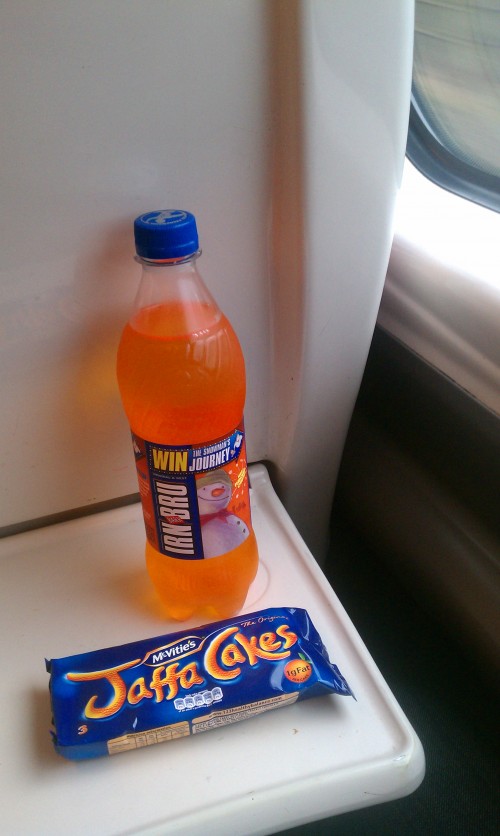 My traditional first meal back in the UK: Irn Bru and Jaffa Cakes

In London, I stayed at a hotel in Limehouse, which was convenient, at least until it was time to head to St. Pancras to get the Eurostar (more on that in my next post). The London transportation system is so easy to use that you can stay pretty much anywhere, as long as it’s near a station. The one drawback is that it only runs until about 12:30 or so, which can make it difficult to get home if you stay out late.

On Friday afternoon, following checking into my hotel, I headed to Shoreditch to explore. I had been trying to find a restaurant that a friend had recommended, but not remembering the name or the exact location made it okay. In the end, it was fine, since I ended up stumbling upon Pieminister (http://www.pieminister.co.uk/) in Boxpark (http://www.boxpark.co.uk/) for an excellent steak-and-Guinness pie. 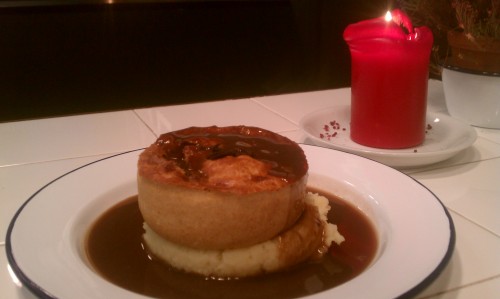 Steak and Guinness Pie at Pieminister 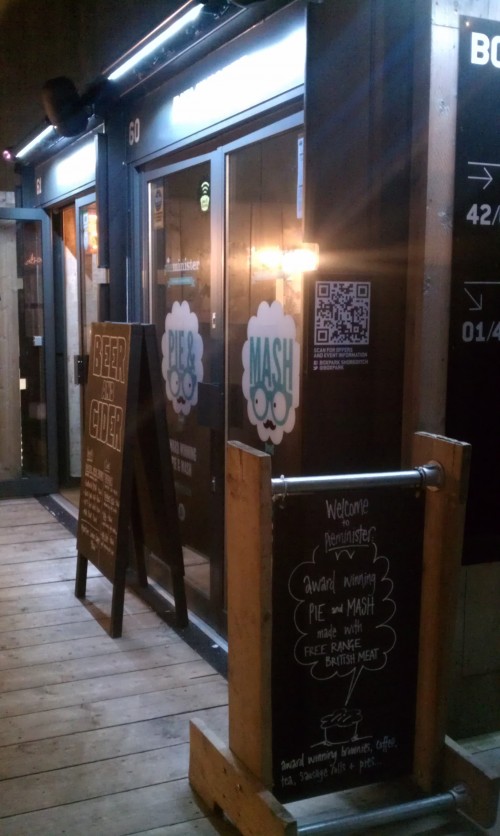 Boxpark itself is an interesting concept of small, pop-up shops, though in actual execution it seems heavily dependent on major brands that are trying to look cool. After a quick walk around, it was time to wander further, at which point I found that there is a new Brewdog bar in the neighborhood. Brewdog (http://www.brewdog.com/) itself deserves a separate post, since I’ll be visiting it at least a couple of times once I’m in Glasgow at the end of my trip. Suffice to say, the rest of the evening was spent drinking some great beers before heading to my hotel for a good night’s sleep, aided by the beer.