If you’re a craft beer fan, then you are familiar with the name Mikkeller. Named after founder Mikkel Borg Bjergsø, Copenhagen, Denmark’s Mikkeller has grown rapidly over the last decade, brewing some of the tastiest beers around. The brewery is unique in that Mikkeller is actually a gypsy brewery, preferring to use the facilities of other breweries rather than owning their own, though this is now beginning to change as the company becomes more established. Mikkeller bars can now be found in a few cities around the world, including San Francisco, where I live. The bar has an excellent selection of European & local microbrews.

Copenhagen is the home of Mikkeller. The company runs a few bars in the city, all with somewhat different vibes, but all with excellent craft beer from all over the world to go with their own creations. When I was in Copenhagen, I visited all three of Mikkeller’s bars. Here are my thoughts on each, in the order that I visited them. 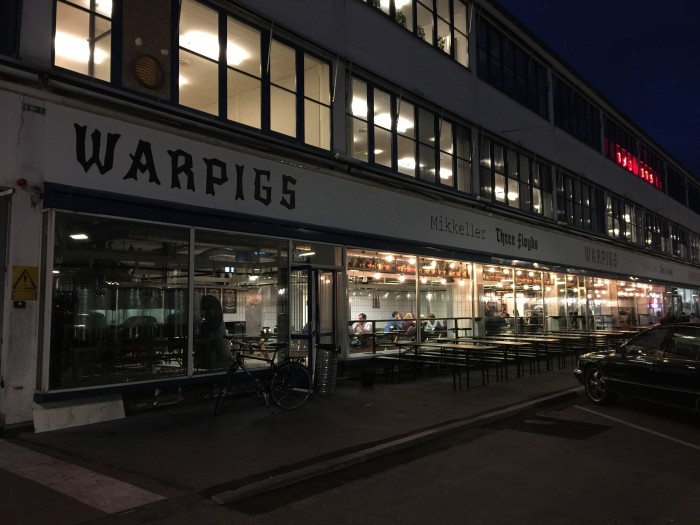 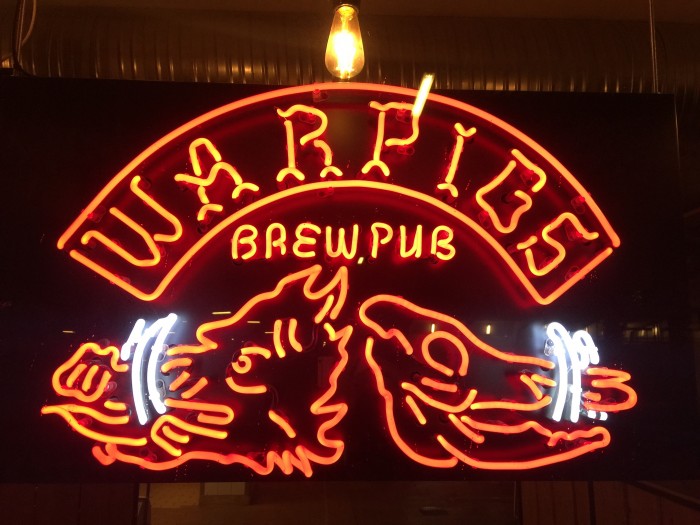 I visited my first Mikkeller bar on my first night in the city. Located just southwest of the Central train station in Copenhagen, Warpigs is a collaborative effort between Mikkeller & Indiana’s Three Floyds. They brew some beer on the premises, which was a first for Mikkeller. The tap list & bottle list is strong, but what sets Warpigs apart from the other Mikkeller bars is the metal music playing in the bar, as well as the BBQ served. 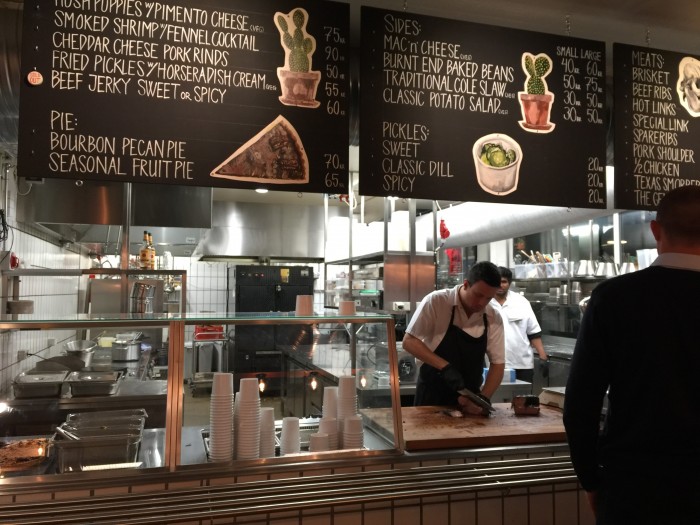 Perhaps BBQ isn’t the most authentically Danish meal one can have, but it was damn good food, and always pairs well with beer. 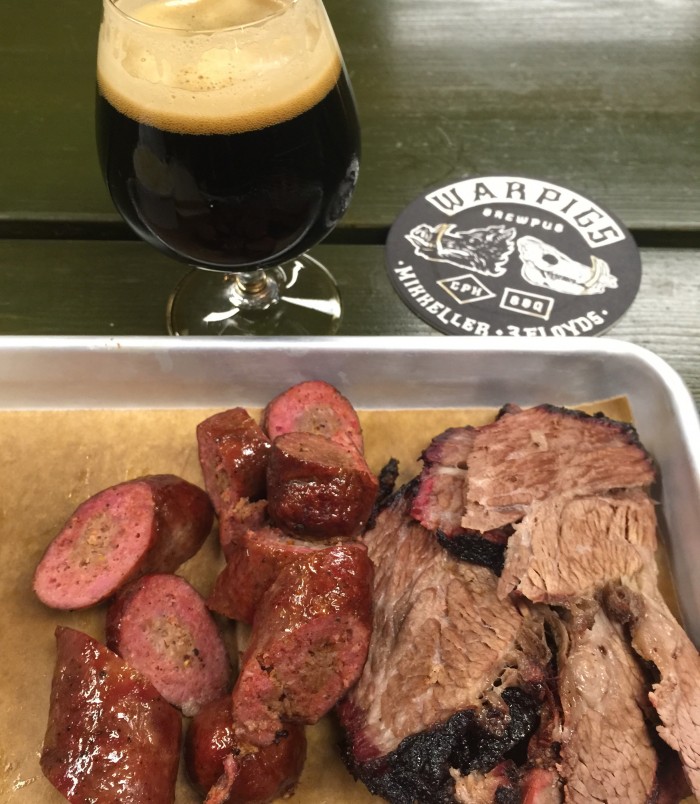 I spent several hours in Warpigs, working my way through their tap list. It was a rainy Monday night, so the bar was quiet (well, aside from the metal). They also have outside seating for when the weather is nice. 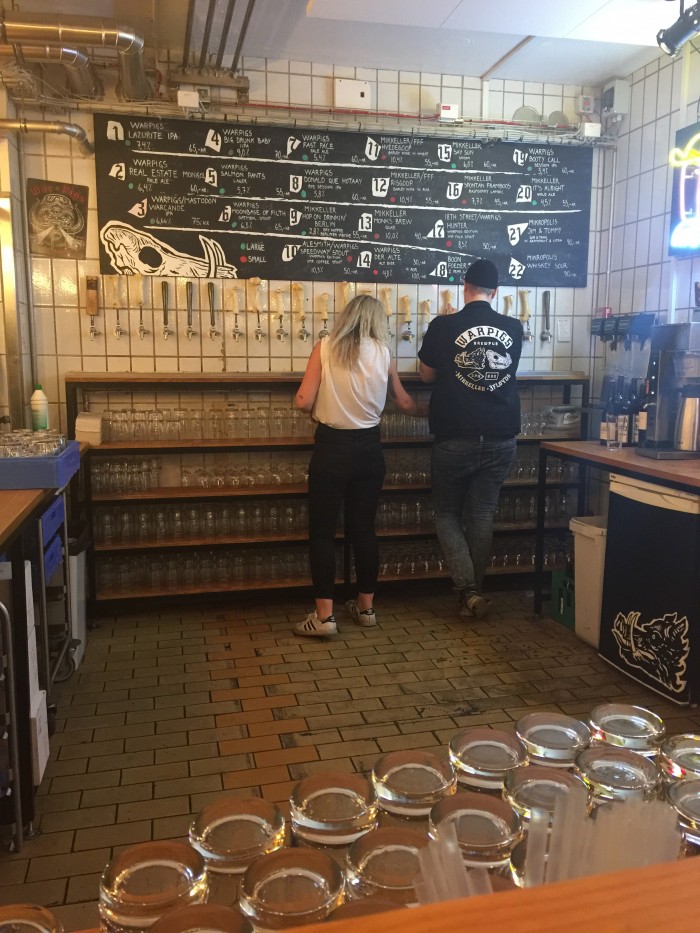 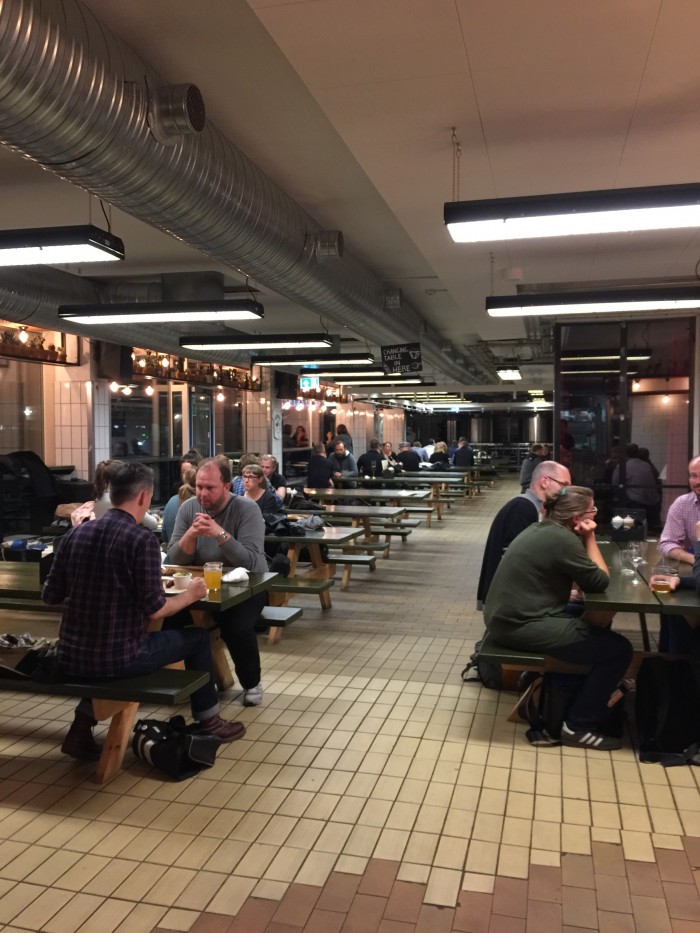 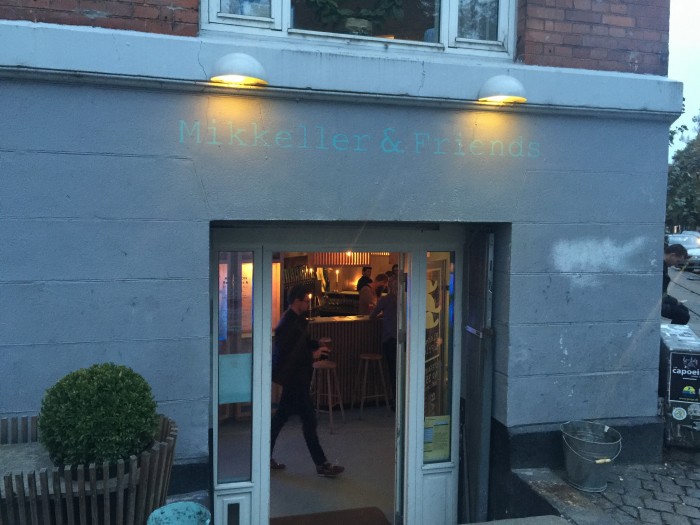 On my second night in Copenhagen, I ventured north of the central part of the city to Mikkeller & Friends in Nørrebro. The bar is run by Mikkeller and another Danish brewery, To Øl. There is also a bottle shop attached, which has a great selection, and also means that the bar has a phenomenal bottle list.

Edit: October 2018 – The bottle shop has since moved to a separate location in the Nørreport food market, and the space is now a sour beer bar called Koelschip. Thank you to tvillingeriget for the update! 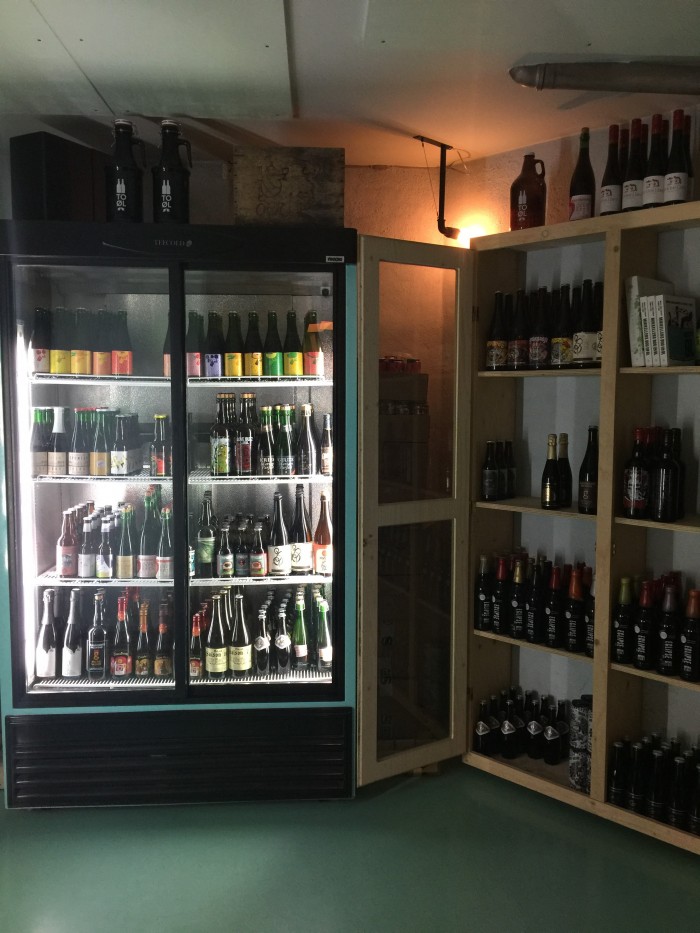 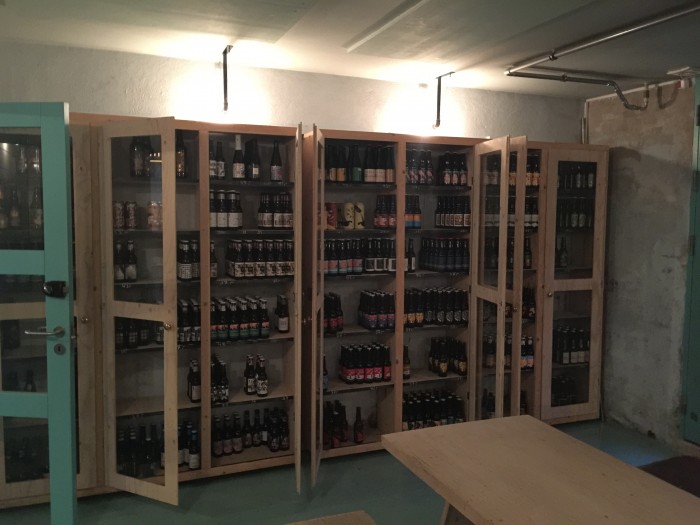 Mikkeller & Friends has an intimate vibe, since it’s down a bit below street level, has a low ceiling, and the 40-tap bar is long, but winds around the building. Again, the tap list was phenomenal, consisting of local offerings with a few others from around Europe & the United States. 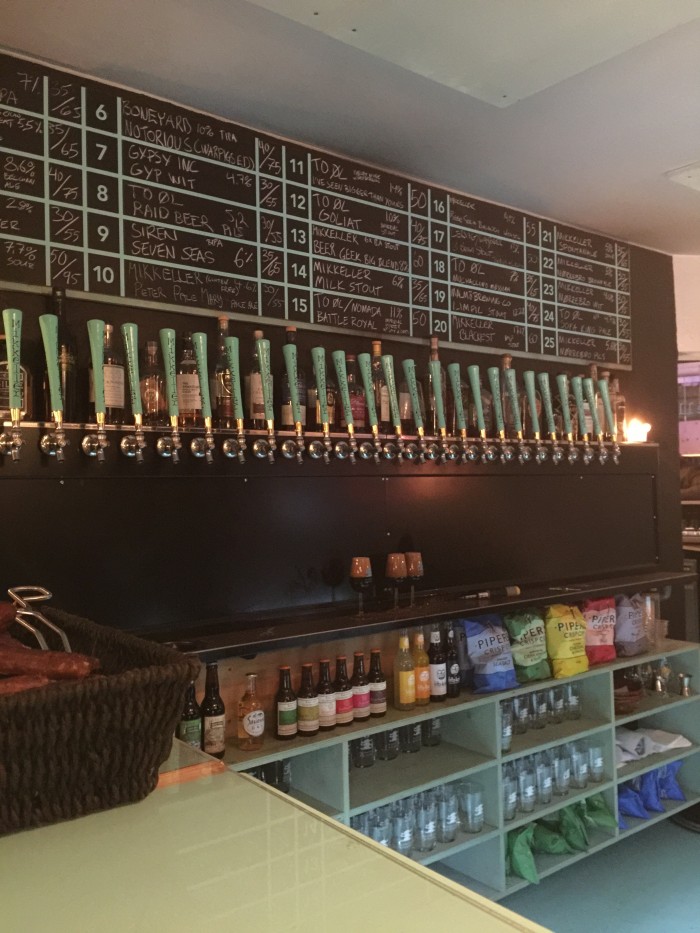 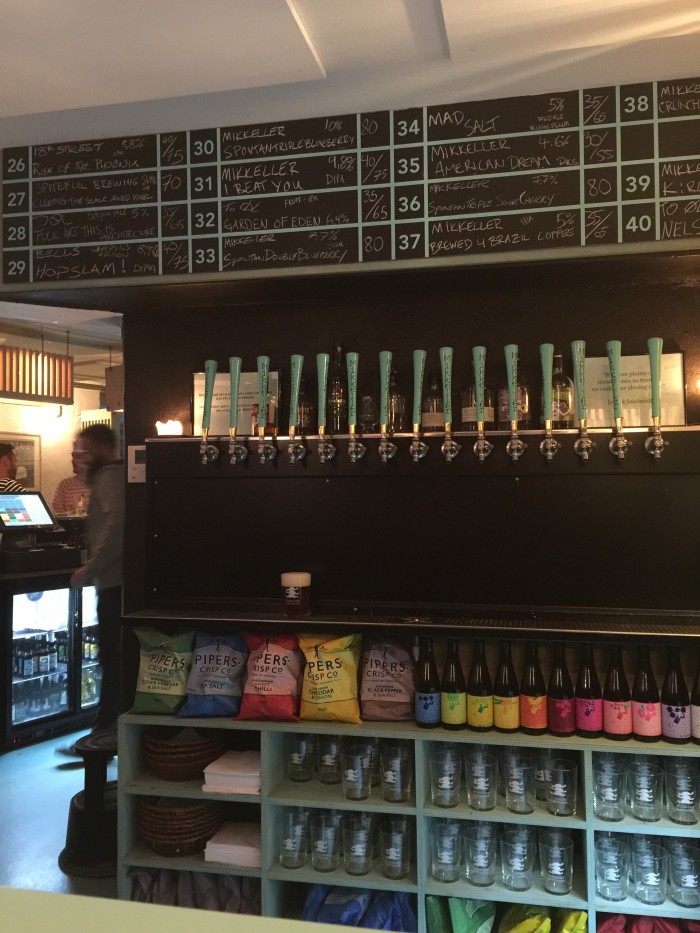 Appropriately enough, I visited Mikkeller & Friends with Kim, one of my friends from my Masters program in Scotland. We had a great time catching up over a few beers. 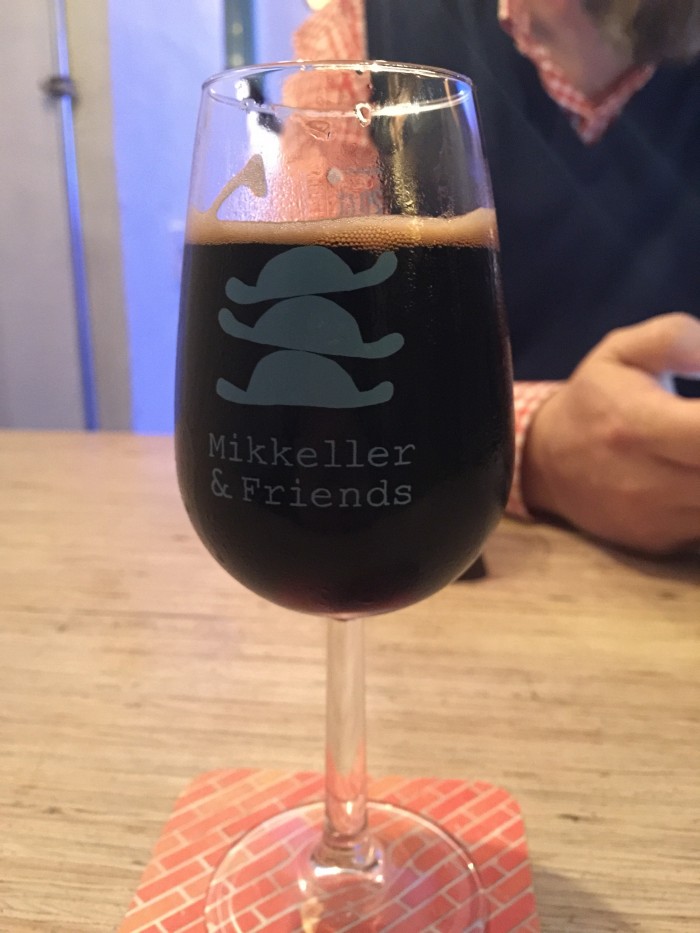 We also tried some of the spirits the bar also offers. While not as easy to reach as the other two Mikkeller bars, Mikkeller & Friends is still worth a visit, especially if you’re looking for some bottles of Danish beer to take back home with you. 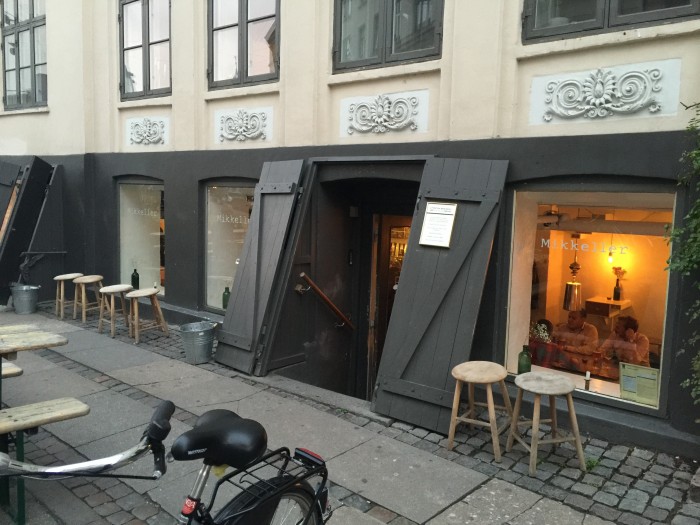 On my final night in Copenhagen, I visited Mikkeller Bar, the first bar opened by Mikkeller. It’s a smaller bar, with fewer taps, but a nice bottle selection. They also have a great liquor list. It’s located just a few blocks away from Warpigs, just west of the train station. 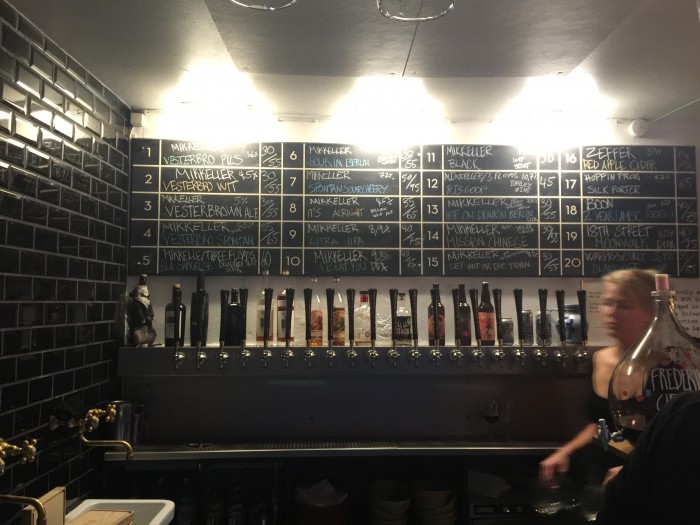 One thing I liked about Mikkeller Bar was that there was nice bar seating, unlike at Warpigs. Mikkeller & Friends did have some bar seating, but I didn’t use it since I was there with my friend. I made a couple of new friends at Mikkeller Bar that night as more solo travelers like myself came and went. 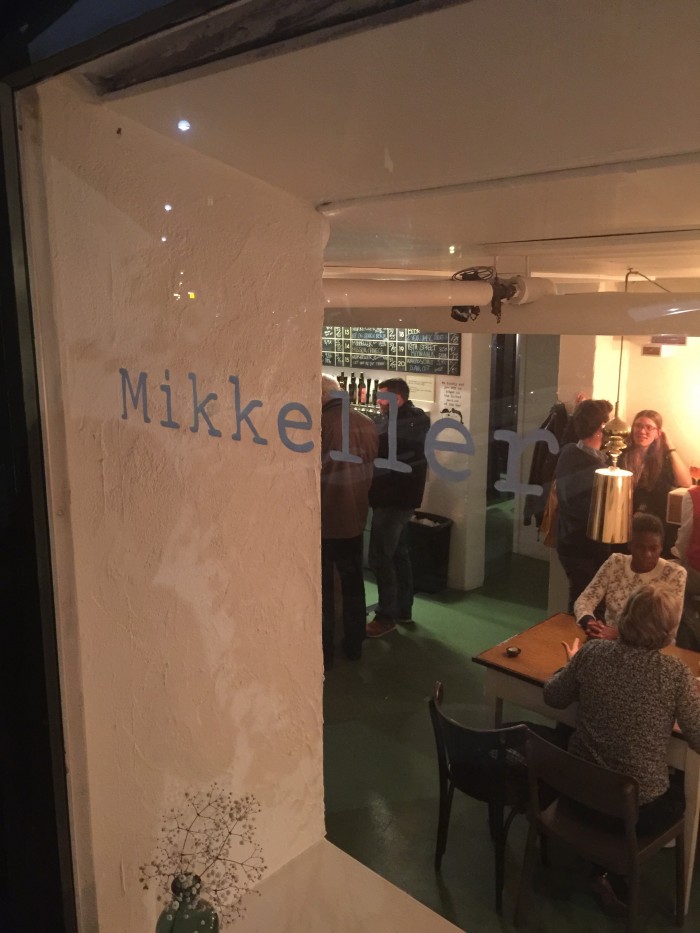 After a few beers, I noticed that Mikkeller Bar’s liquor selection included one of the most sought after bourbons in the world: Pappy Van Winkle. I have been on the lookout for Pappy in the United States, but I’d never come across it. I was thousands of miles away, but they had it at Mikkeller. I debated for a while whether or not I should spend the money to try it, but eventually I decided that I might not stumble across it any time soon. Thus, I finally had my first Pappy Van Winkle. 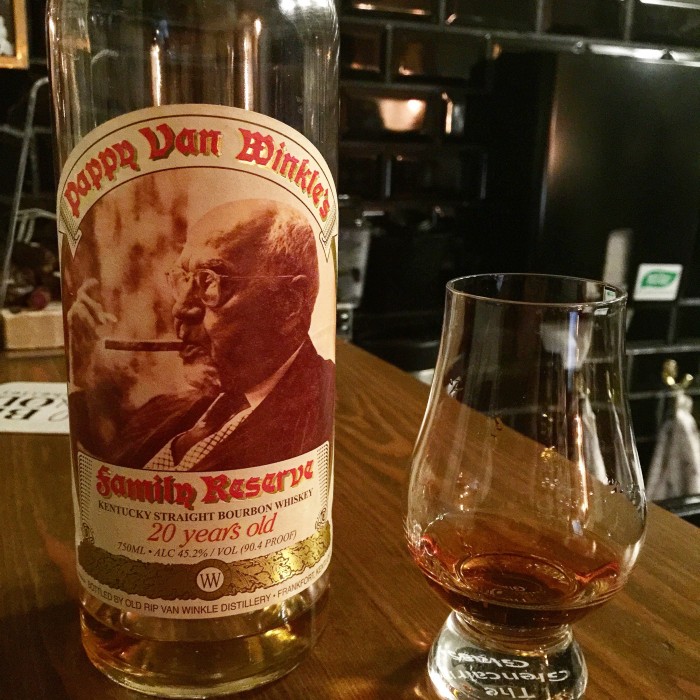 While Mikkeller Bar was small, the staff & patrons were friendly. Of course, all three bars were great for their own reasons. If you’re looking for great beer in Copenhagen, look for Mikkeller.

Update: February 2017 – On my most recent trip to Copenhagen in July, I was able to visit three more Mikkeller locations in Copenhagen.

Located near Nørreport, Mikkeller Mikropolis is an intimate cocktail and beer bar. 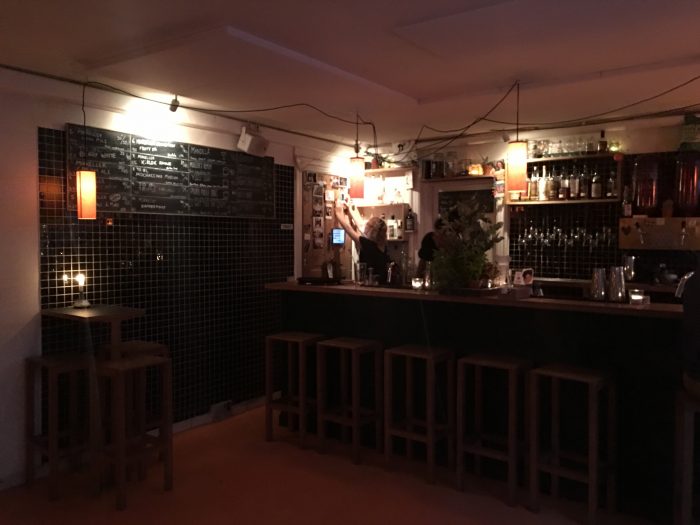 The bar has 10 taps of craft beer, plus a list of 10 cocktails. It’s a friendly, quiet place for a drink, not far from the center of Copenhagen.

Ramen To Bíiru combines two of my favorite things, ramen & great craft beer. I visited the Nørrebro restaurant on a warm day, but that didn’t stop me from having a hot, spicy bowl of ramen, plus a refreshing beer. 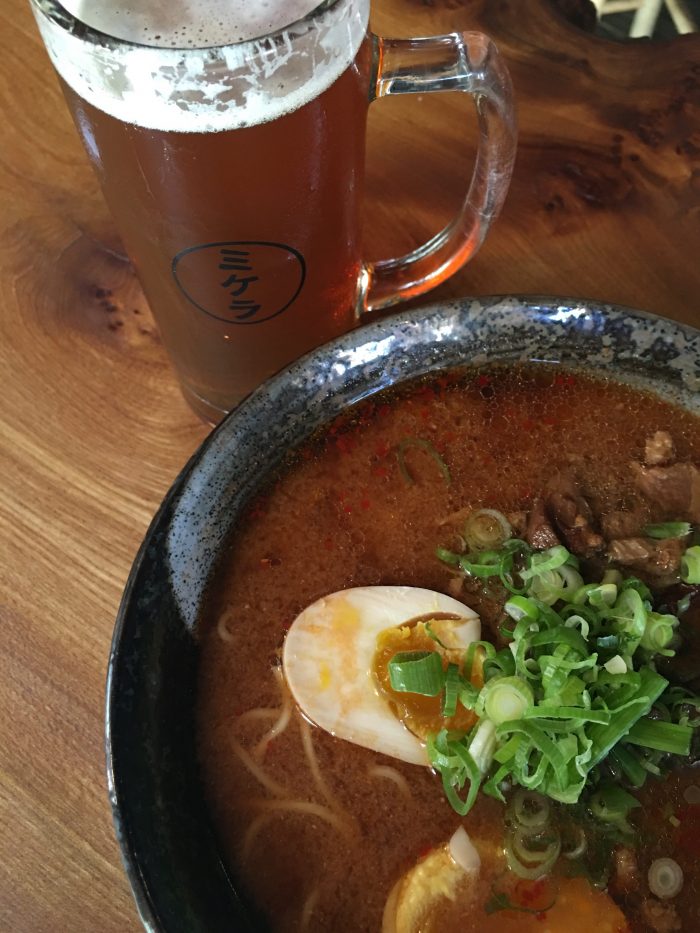 There is even a beer vending machine, like you would find in Japan. 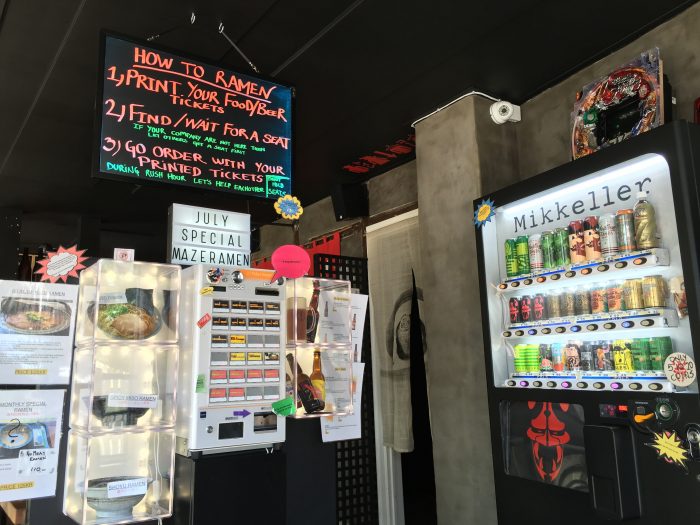 Mikkeller Baghaven Barrel Room was the newest Mikkeller location I visited in Copenhagen. It was only having a limited opening at the time, but I was fortunate enough to catch them on an evening where they were open for a special event. Since then, they have now opened for more regular hours. The bar has 16 taps, but its primary purpose is to house Mikkeler’s barrel aging program. 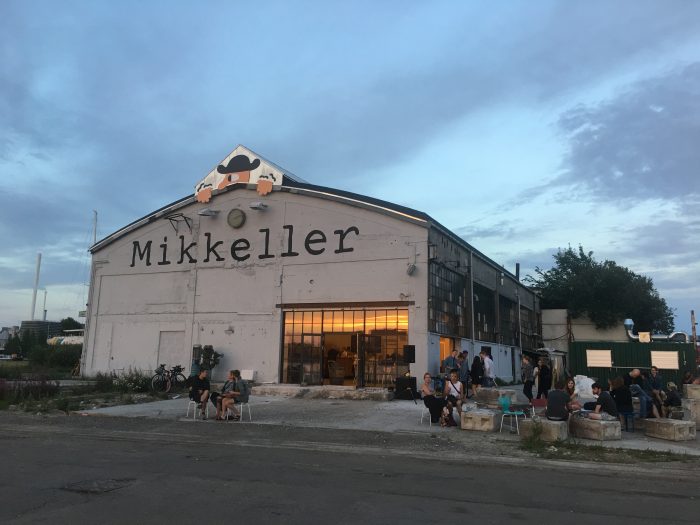 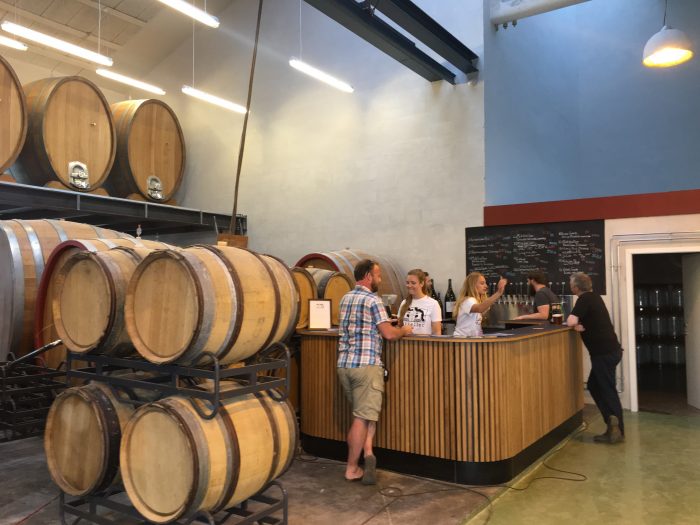 Mikkeller Barrel Room isn’t the easiest place to get to, but it’s located in an awesome spot along the water that’s beautiful on a long summer day. I got there by taking the ferry to Refshaleøen (Refshalevej), then I took a bus back to central Copenhagen afterward. The coast is pretty barren here, but it’s clearly an area that will be built up more in the future, putting Mikkeller in the heart of the action. 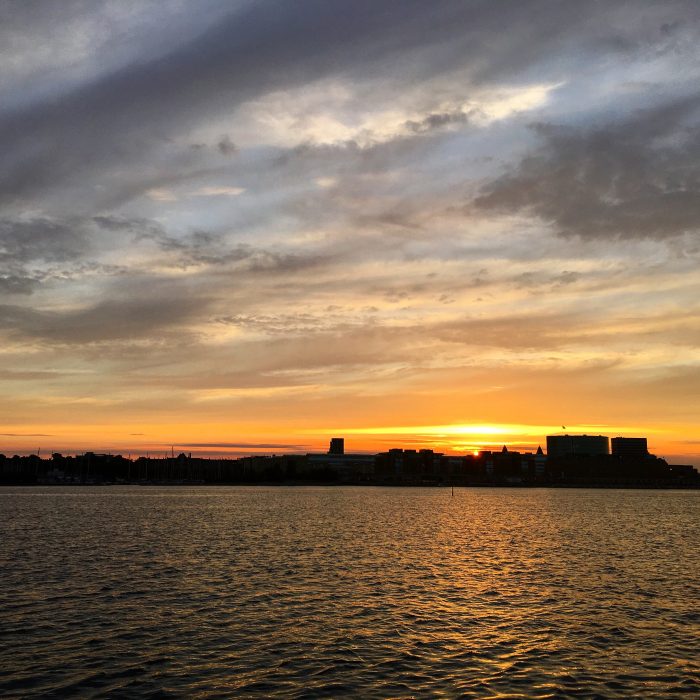