Cathay Pacific has several lounges in their home base at Hong Kong International Airport, each being slightly different, yet still maintaining the same design elements.

On my last trip out of Hong Kong, I visited two of the business class lounges that I had not been to before, since my award ticket to Osaka was in business class. The first of these was The Cabin, the smallest & quietest lounge.

The Cabin is easy to overlook. At the departure gate level, there are only fairly small signs, an elevator, and a staircase heading down. If you weren’t paying attention, you might walk right past it. 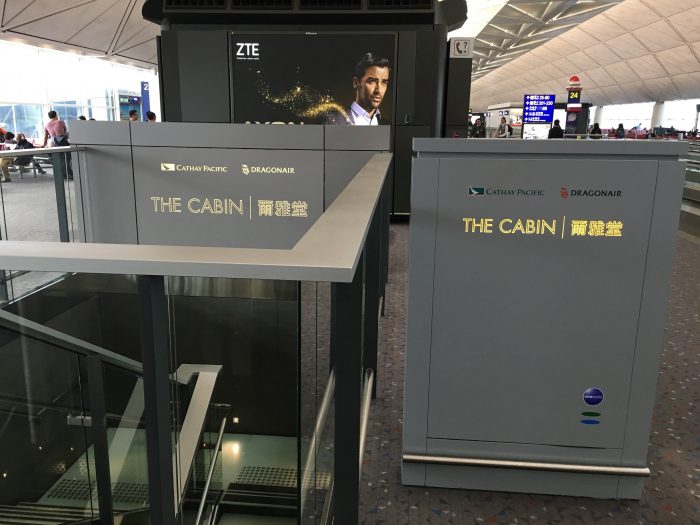 Once you check in, if you head towards the right, you’ll find the IT Zone Business Center. It’s quiet, and there are plenty of semi-private pods, as well as lots of Mac computers to work at. 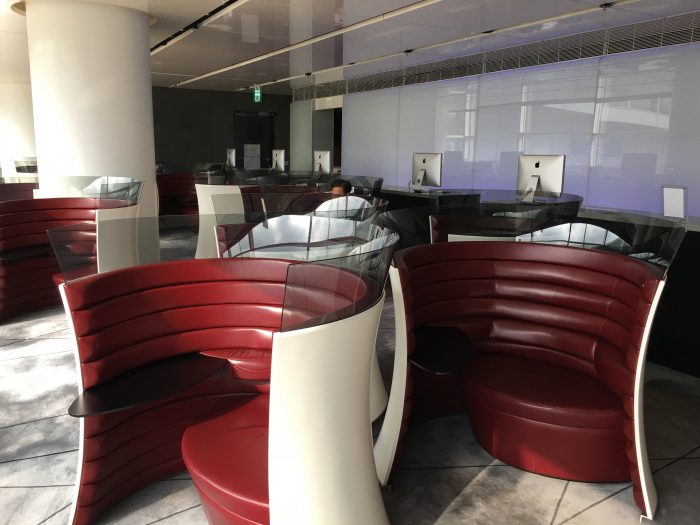 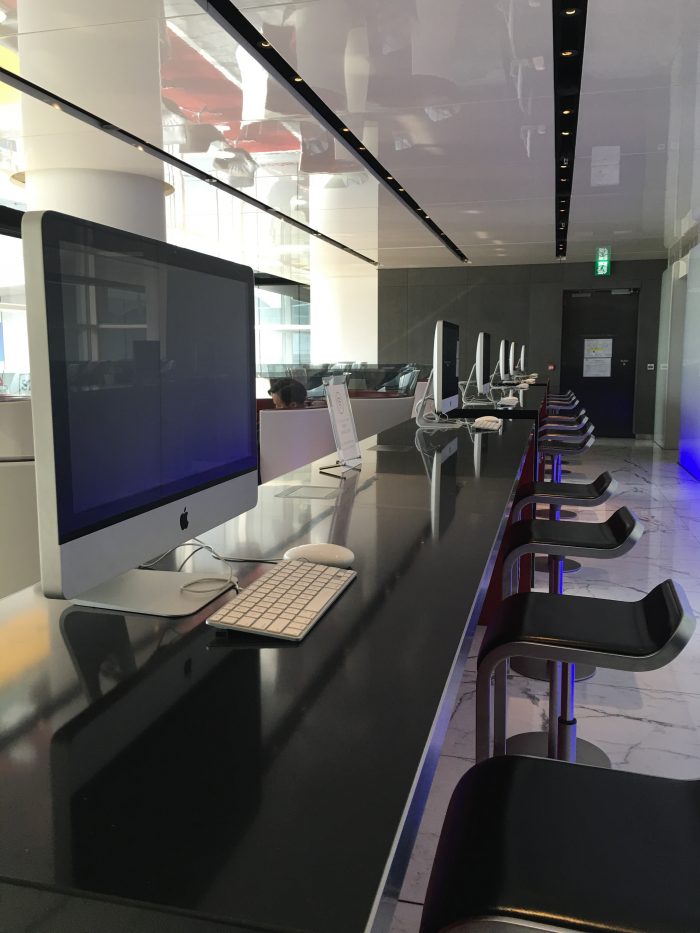 Due to the long hallway shape of the lounge, The Cabin has one of the best lounge views I’ve seen. You can watch all of the tarmac activity from almost the same level as the planes. 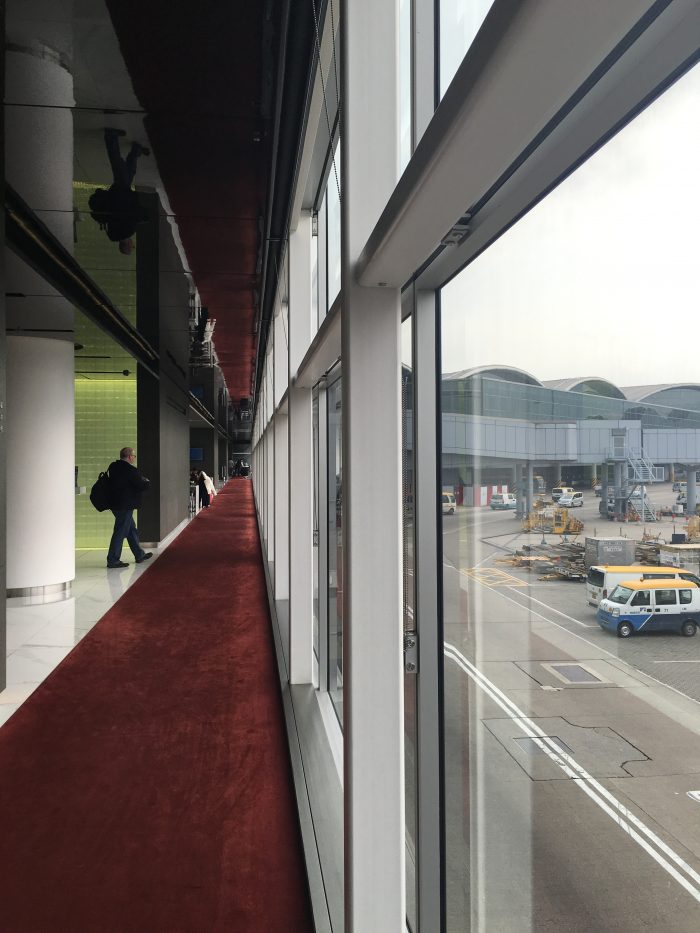 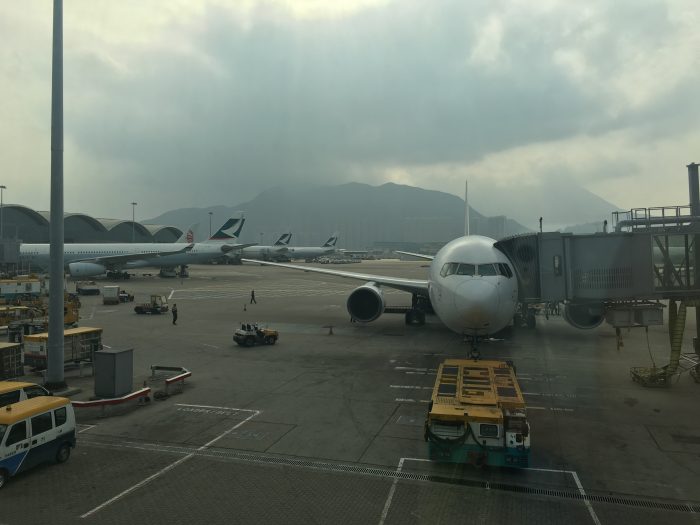 Despite being a smaller lounge, there are still plenty of food options in The Cabin. I was there in the morning so breakfast was being served, including congee, dim sum, eggs, sausage, and little sandwiches. There was a deli that was serving meat, cheese, fruit, salads, and cured fish. Overall, it was a great selection, and Cathay has some of the best lounge food around. 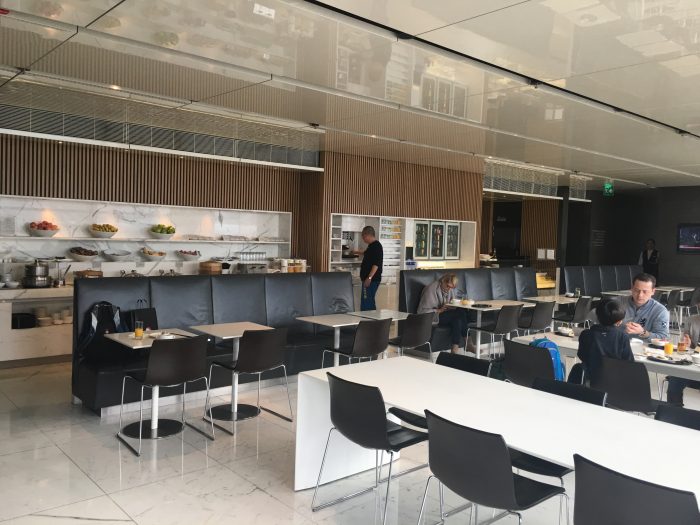 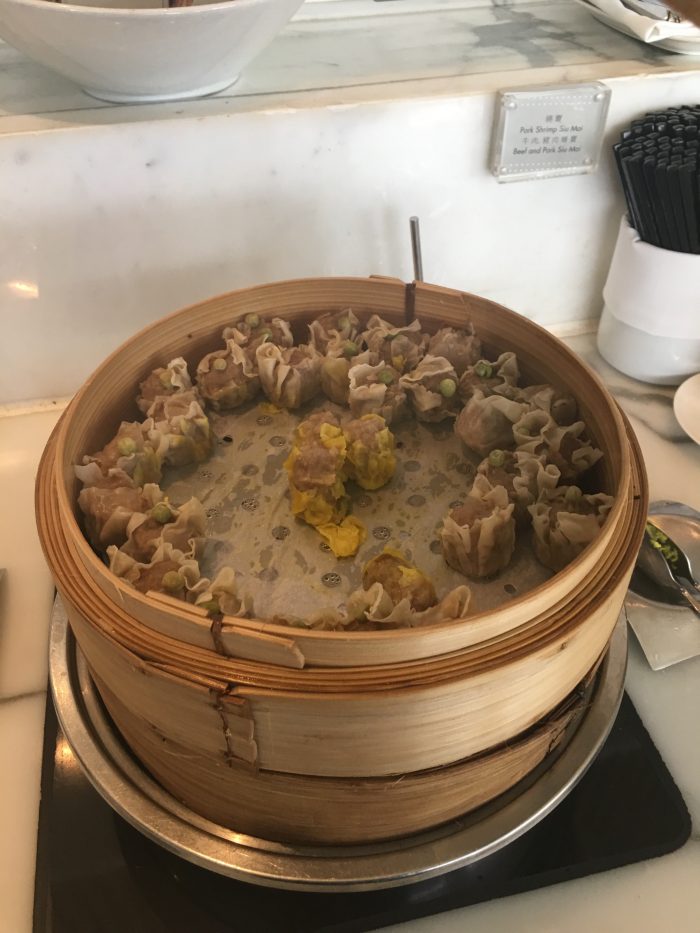 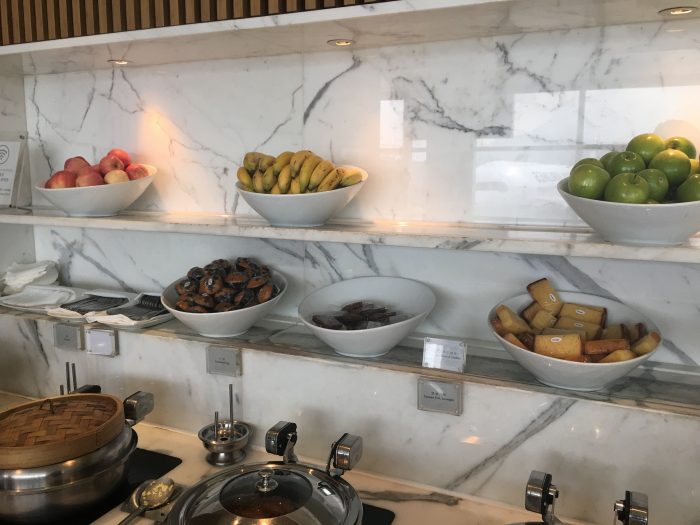 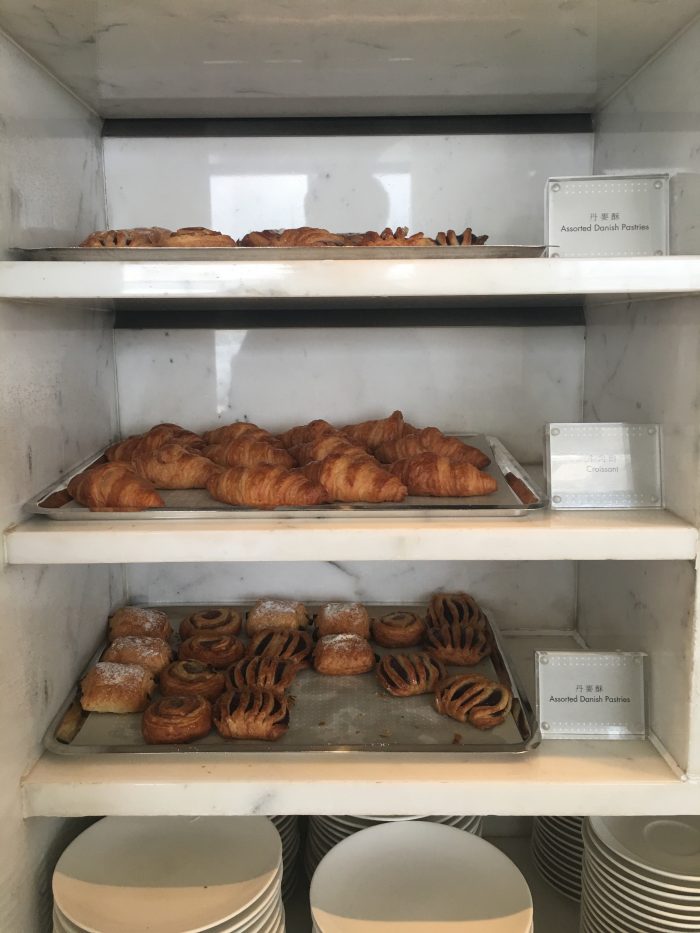 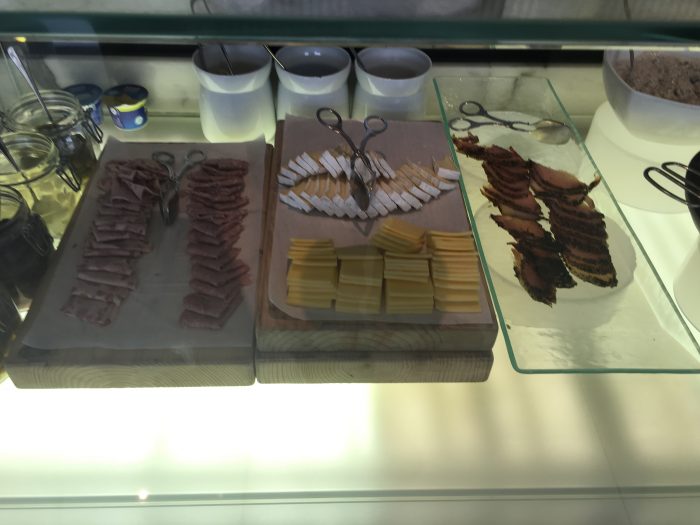 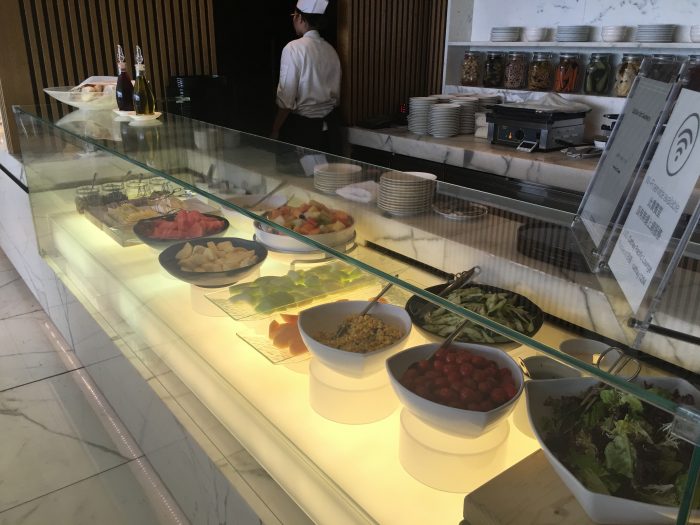 Next to the long main bar, which was fully stocked, there was a health bar featuring several juice combinations as well as smoothies. That’s a nice touch in the mornings. 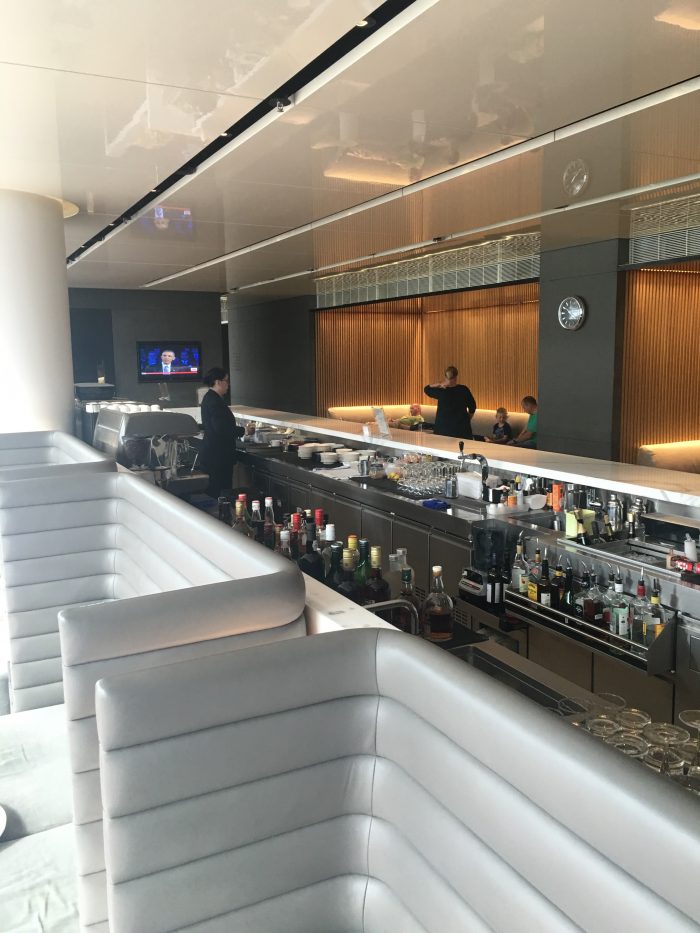 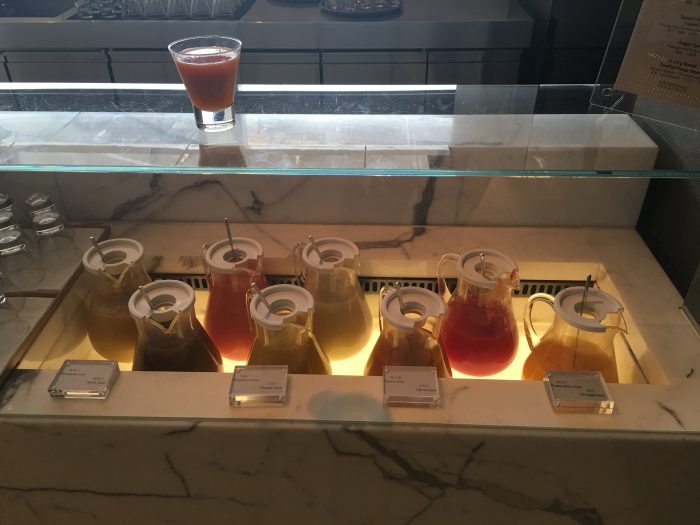 After getting some food, I found a comfortable couch & watched the airport action outside. There was peaceful, unobtrusive music playing. Lounges are supposed to be places to unwind during hectic travel, and The Cabin is one of the best places to do this. 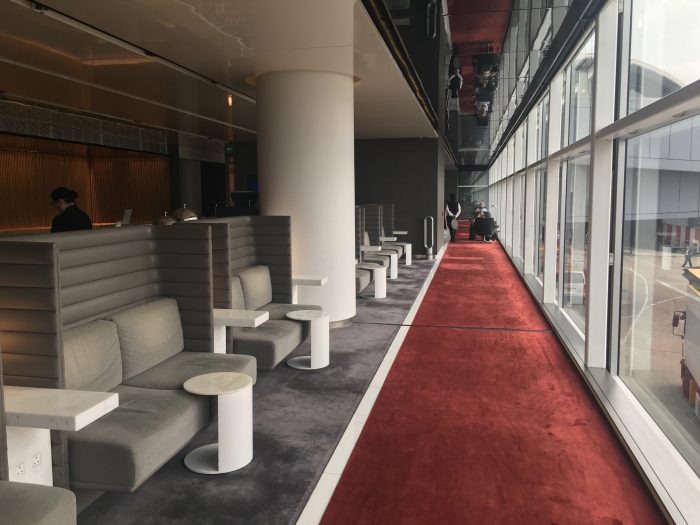 The fact that The Cabin is so hidden makes it an appealing lounge option in Hong Kong if you’re looking for a quiet place to work or relax before your flight. While it might not have quite as many food amenities as some of the other lounges, it’s a fantastic place to kill time before you leave. It’s amazing that Cathay Pacific has done such a great job with their lounges, even the smaller ones, and it’s one of the reasons why Cathay is one of my favorite airlines.