Not many breweries can say that a train station was named after them. But that’s exactly the case with Ebisu station along the Yamanote Line in Tokyo. The station was originally used by the Yebisu Brewery, and the name has stuck ever since. While the Yebisu Brewery is no longer located in Ebisu, you can now visit the Museum of Yebisu Beer on the former brewery site. 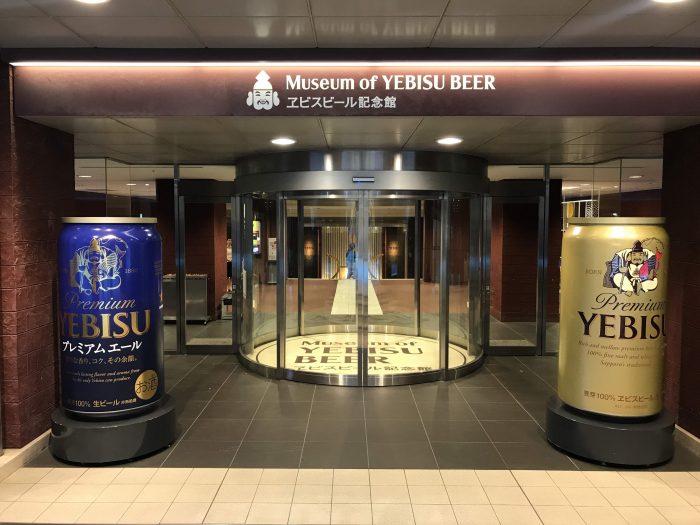 A tour of the Museum of Yebisu Beer

There are three different options for taking a tour of the Museum of Yebisu Beer. The museum is about a 10 minute walk from Ebisu station. 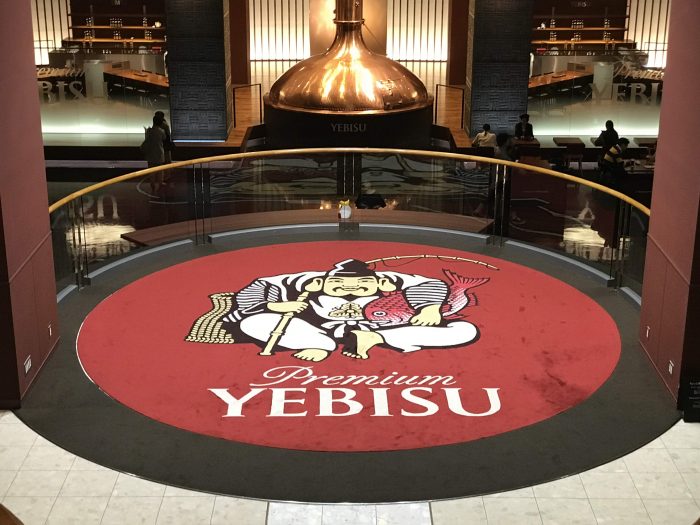 One option is to take a tour in English or Korean. English tours are only available on Wednesdays, while Korean tours are only available on Thursdays. Both tours cost 1000 yen & come with a tasting coin in addition to the regular tour tasting. The tour lasts 50 minutes, and in addition to telling the history of Yebisu beer, it also covers Japanese culture & hospitality. 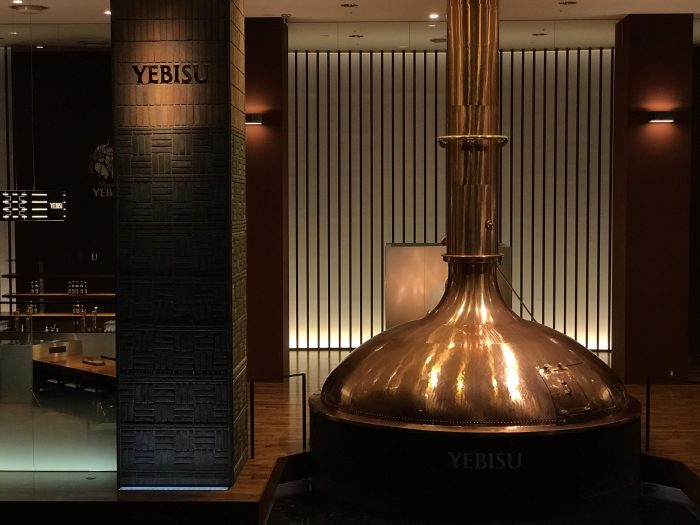 The second tour option is to do a tour in Japanese. These tours are available every day that the museum is open. They cost 500 yen, & last 40 minutes, including a tasting.

Finally, the museum is also self-guided. Most signs are also in English, so not being able to understand is not a problem. You can show up any time you want, and the exhibits are free. 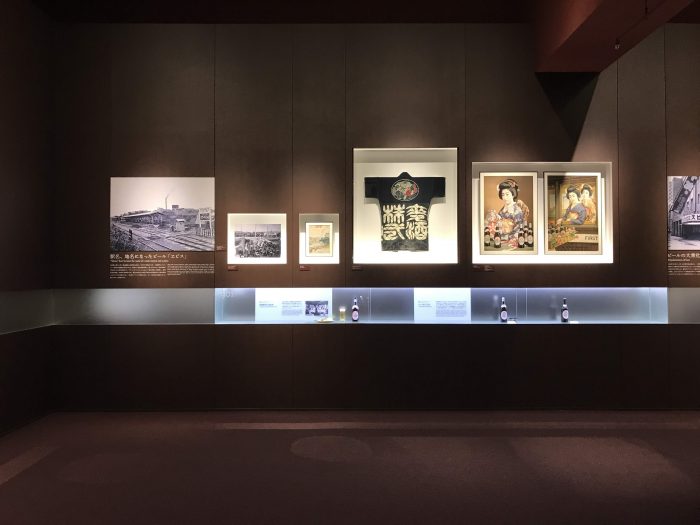 The brewery used to be on this site, so that is of course covered in depth. There are plenty of old photos on the walls showing what the area used to look like. 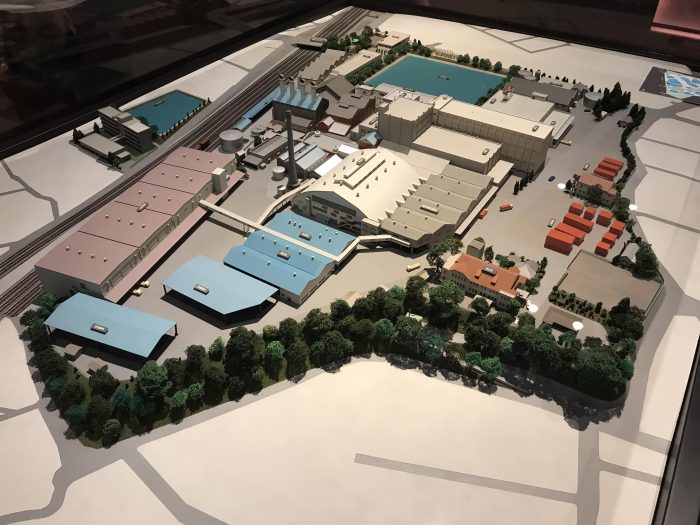 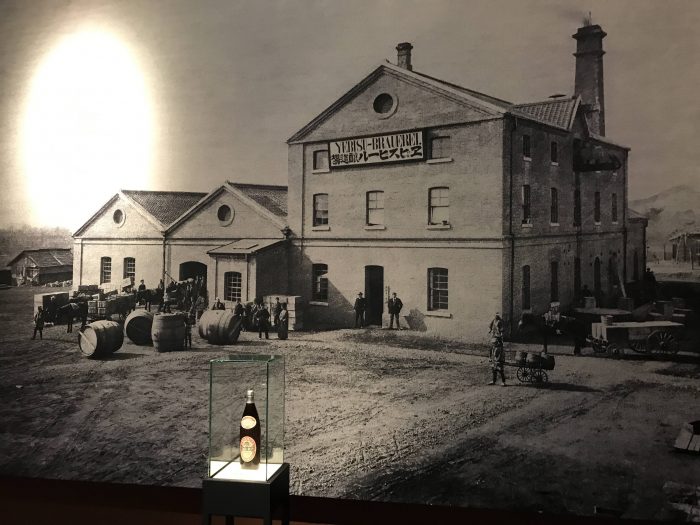 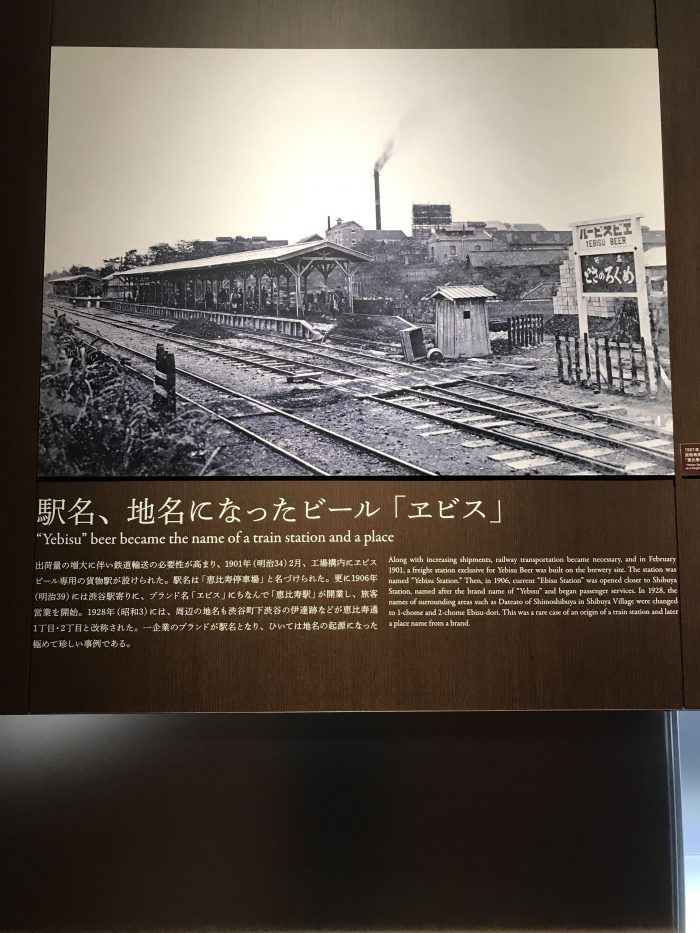 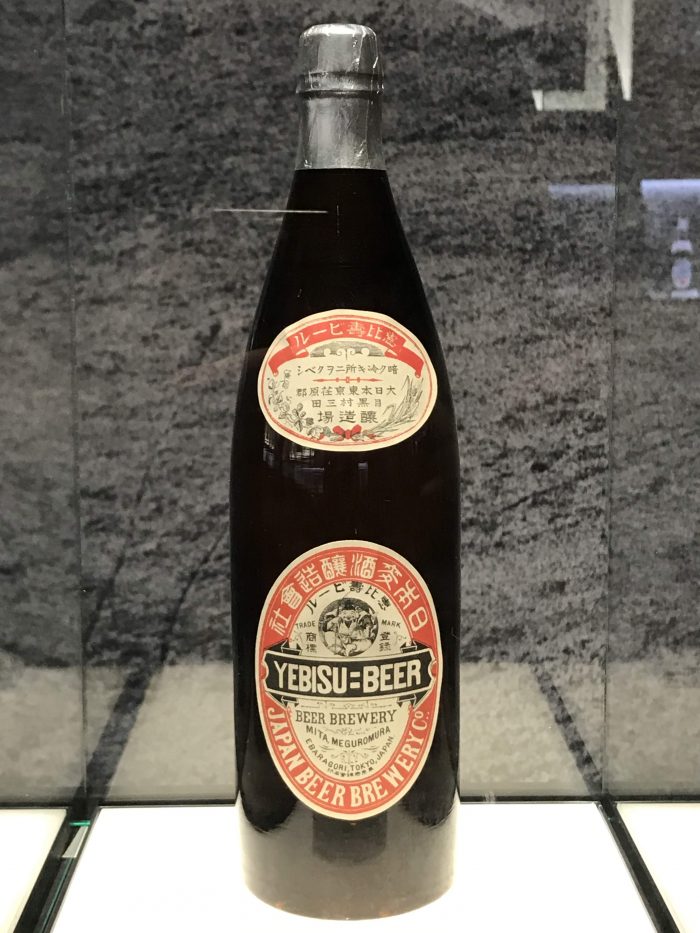 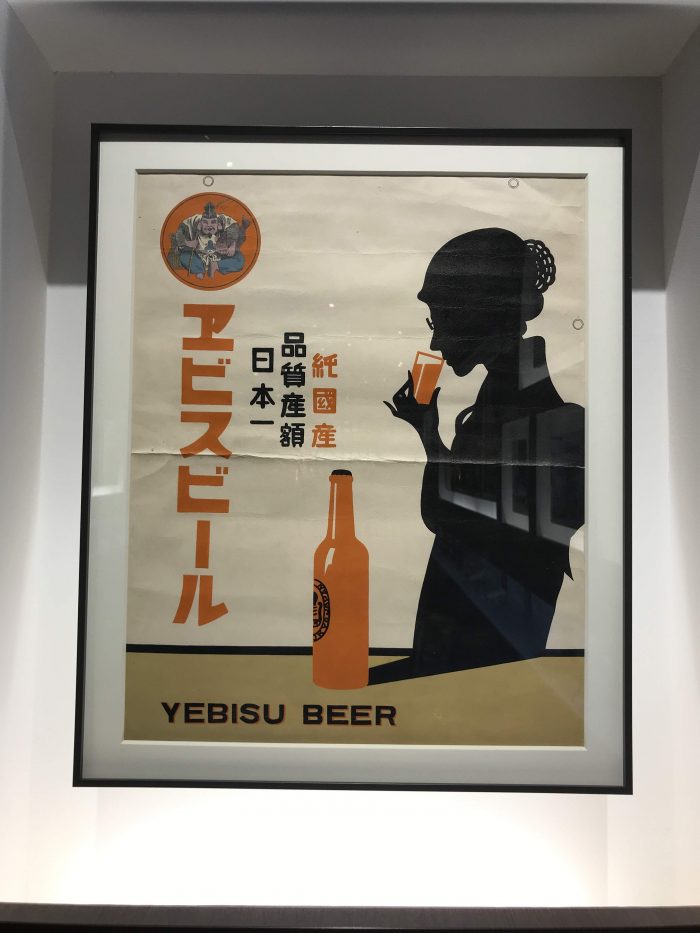 There’s a big gap in the history of Yebisu. Beer production stopped during World War II, and it wasn’t until 1971 that the brewery was resurrected. It was only in 2003 that Yebisu began to produce varieties other than their flagship lager. 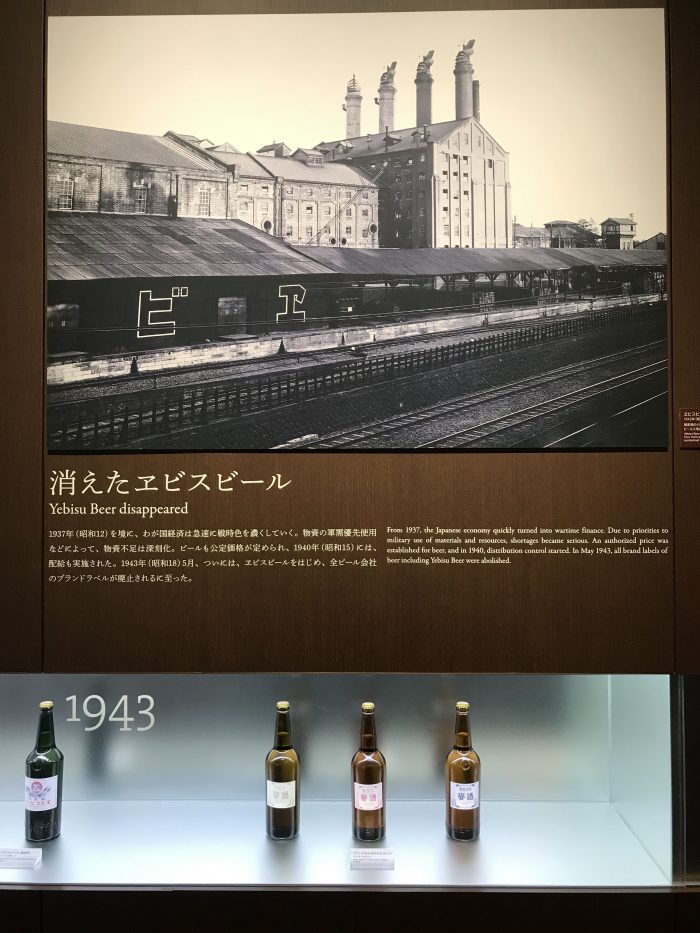 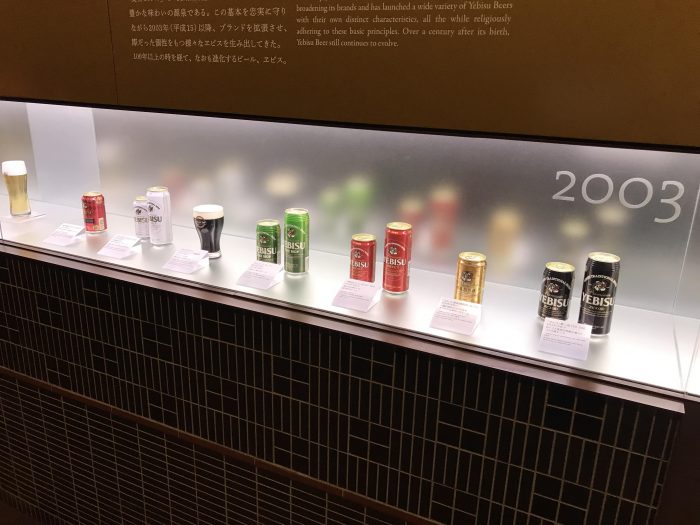 Nowadays, Yebisu is part of the same company as Sapporo, whose own museum I had visited when I was in Sapporo. The company headquarters is now on the former Yebisu Brewery site.

The entire museum takes perhaps 20 minutes. It’s not a huge exhibition, but it gives a nice overview of the brand’s history.

Beer tasting at the Museum of Yebisu Beer

After my quick self-guided tour of the museum, it was finally time for some beer.

There is a formal tasting area for tours, but since I had not been on an official tour, I couldn’t join it. That was fine, since it seemed to consist more of listening than drinking. 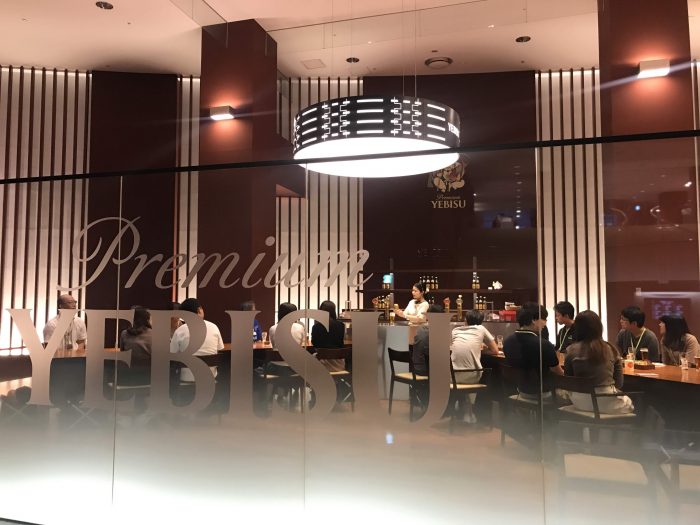 Instead, there is a separate area of the museum that has a gift shop and a tasting/dining room. 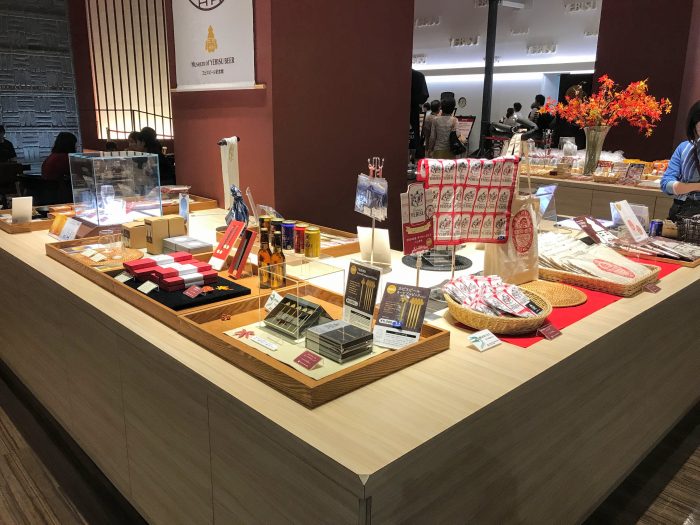 Rather than have a cashier, everything is handled with special coins that you purchase from a vending machine. The menu lists how many coins everything costs. 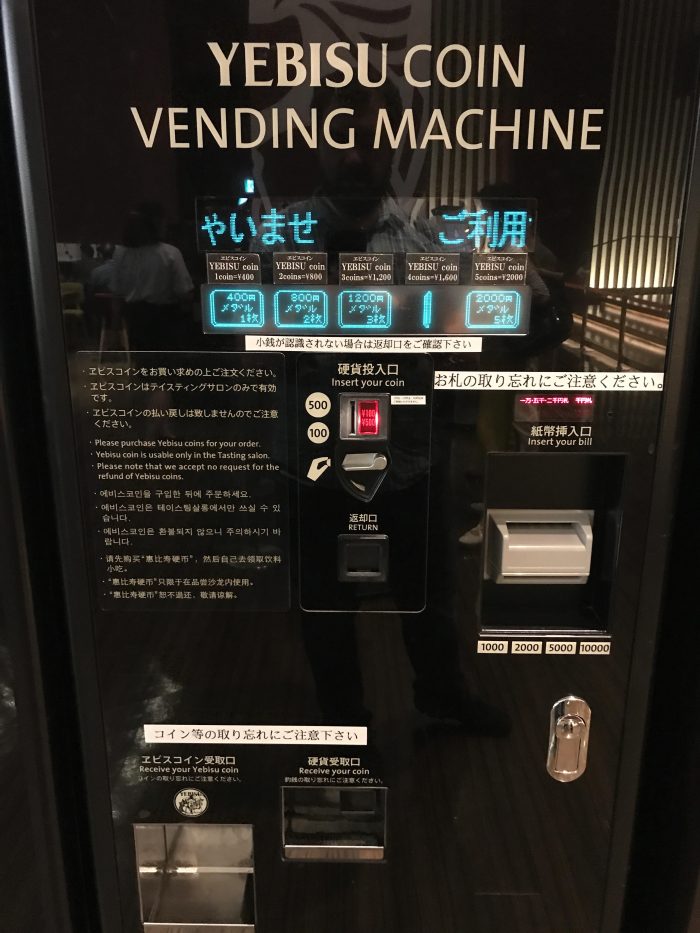 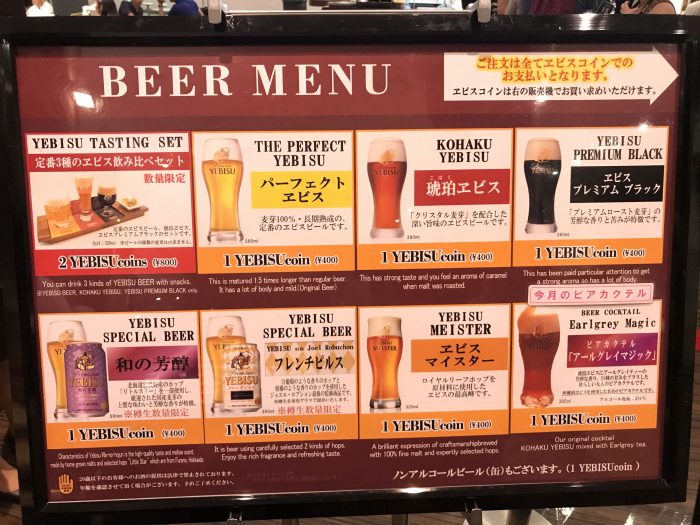 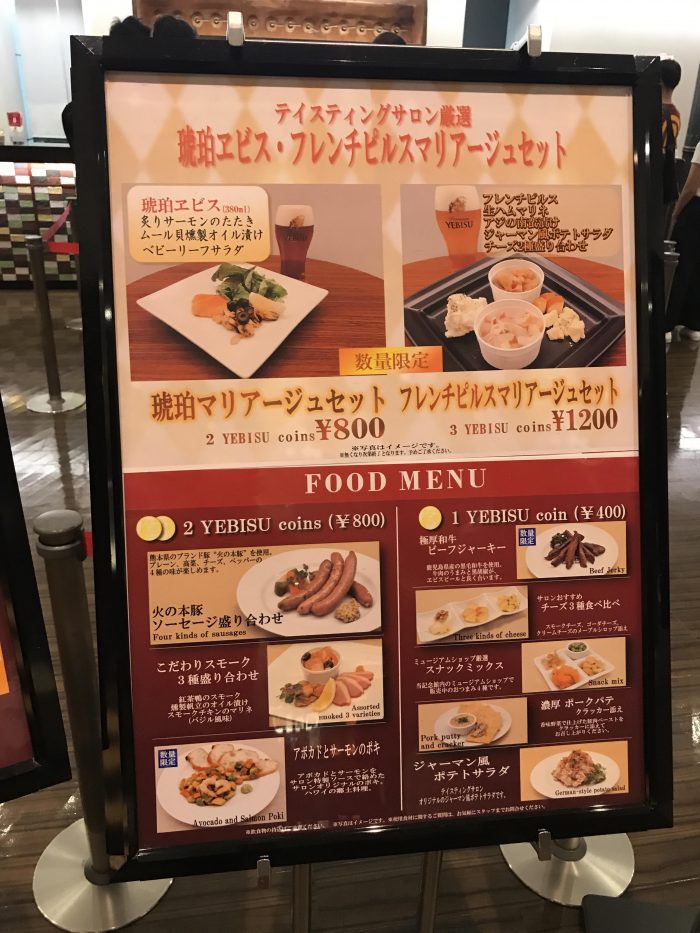 I actually had a couple of coins that friends had given me from when they had taken the English tour & done the tasting. This was enough for me to get a couple of samples of beer. 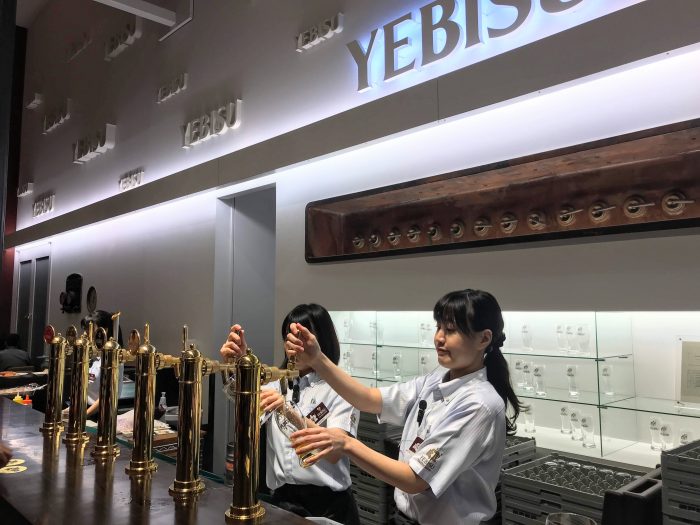 The two beers I had were ones I had not seen elsewhere before. One was called Yebisu Wa no Houjun (和の芳醇), a limited edition beer using all-Japanese ingredients. The other was a collaboration with the late French chef Joel Robuchon that was called Yebisu with Joël Robuchon Kakubetsu no Kanpai (格別の乾杯). This beer used malts from the Champagne region of France, and had a slight wine-like quality to it. 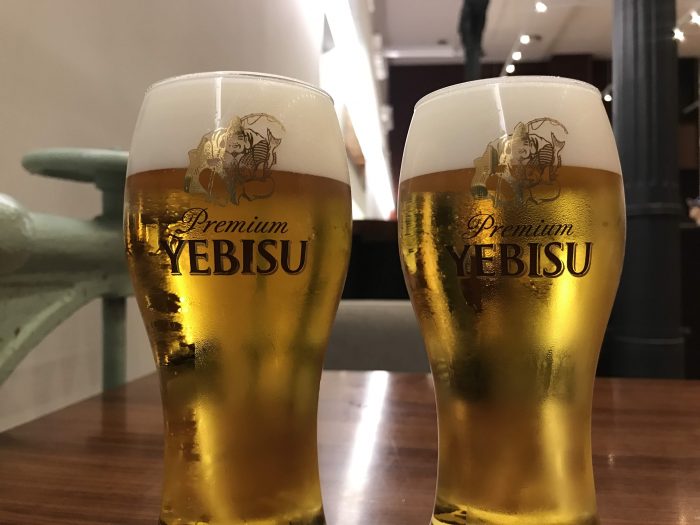 Neither beer I tried was all that spectacular, but it was nice to try them. There’s plenty of other beer in Tokyo if you want something amazing. 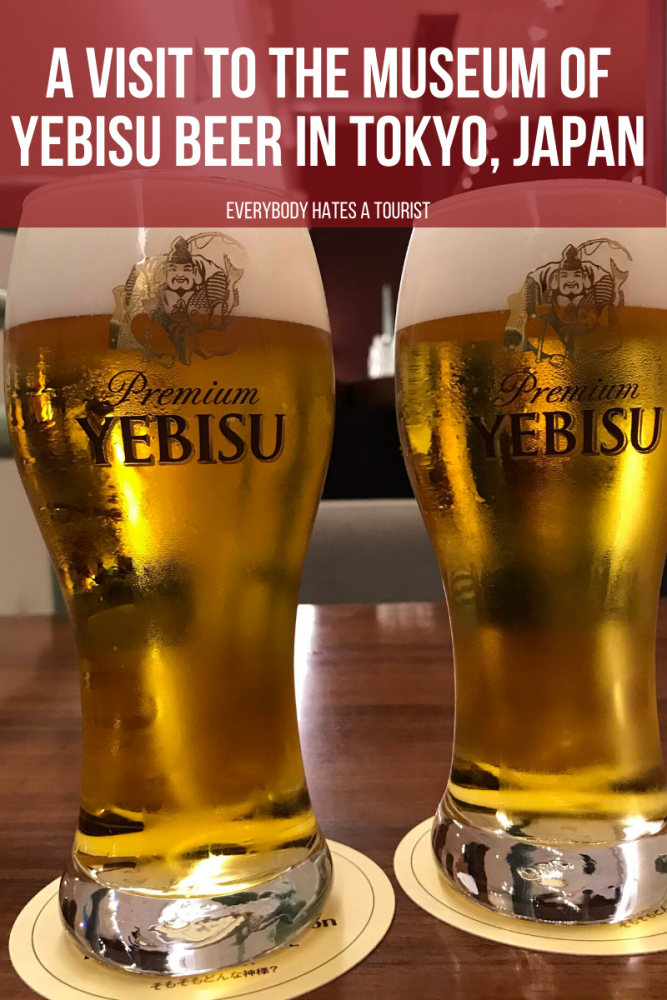