Long an epicenter of trendy culture, Tokyo is now the epicenter of Japan’s burgeoning craft beer scene. While many of the breweries themselves are located elsewhere in the country, there are plenty of great places to drink craft beer in Tokyo. The bars have every vibe you can ask for, from sports bars to dingy basement dives. During my time in Tokyo, I visited as many craft beer bars as I could find. Here, in no particular order, is my guide to the best craft beer in Tokyo.

The best craft beer in Tokyo 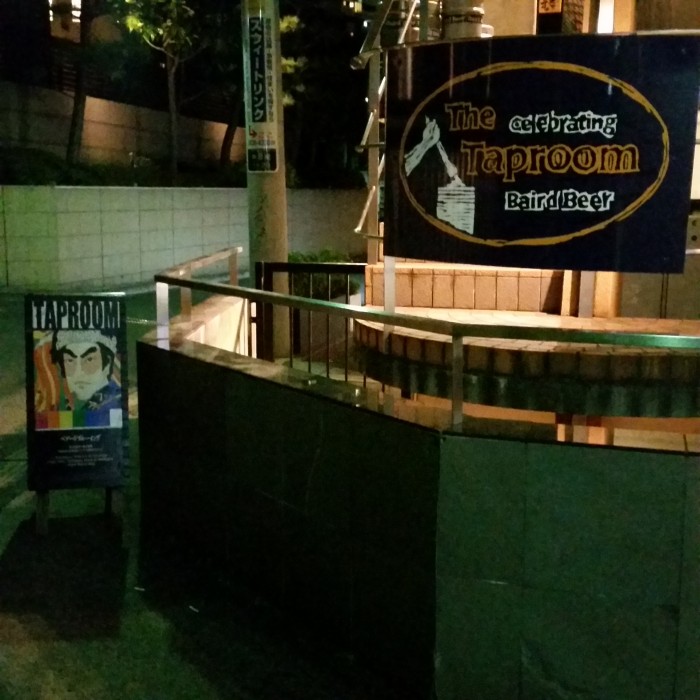 Harajuku Tap Room is owned by Japanese craft brewing mainstay Baird Beer. The bar has 15 taps that feature a comprehensive selection of the brewery’s offerings. Harajuku Tap Room has a lively atmosphere with a great layout that allows customers to chat with each other across the bar, making it one of the best places for craft beer in Tokyo. The beer selection is great, plus the bar offers great izakaya snacks to pair with your drinks. Some are traditionally Japanese, while others such as the bacon might not be, but are still damn tasty with beer. 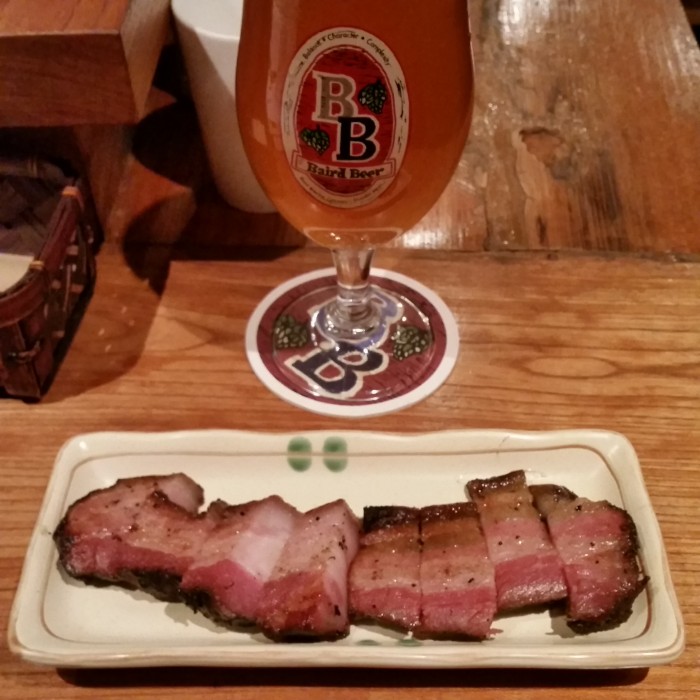 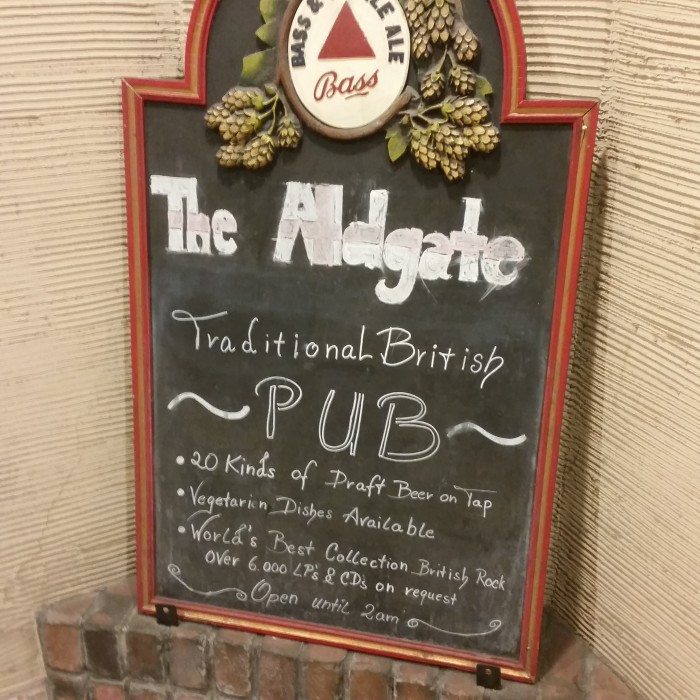 Take a British pub, with all its dark snarkiness, casual neighborhood vibe, and nice beers, put it down in Shibuya, and you end up with The Aldgate. Brits who are nostalgic for home should seek this bar out, but going beyond the British vibes, The Aldgate serves some great Japanese craft beers in addition to a selection from the U.K.. Plus, you can’t beat the music playing, as a great selection of British music gives the place the necessary vibe. Don’t be fooled by the signs that say the restrooms are out-of-order, that’s just the bar having some fun. 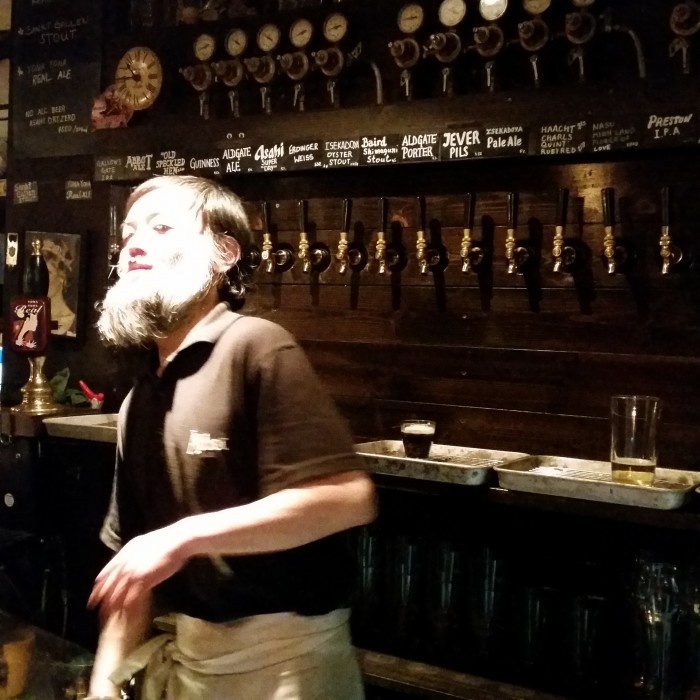 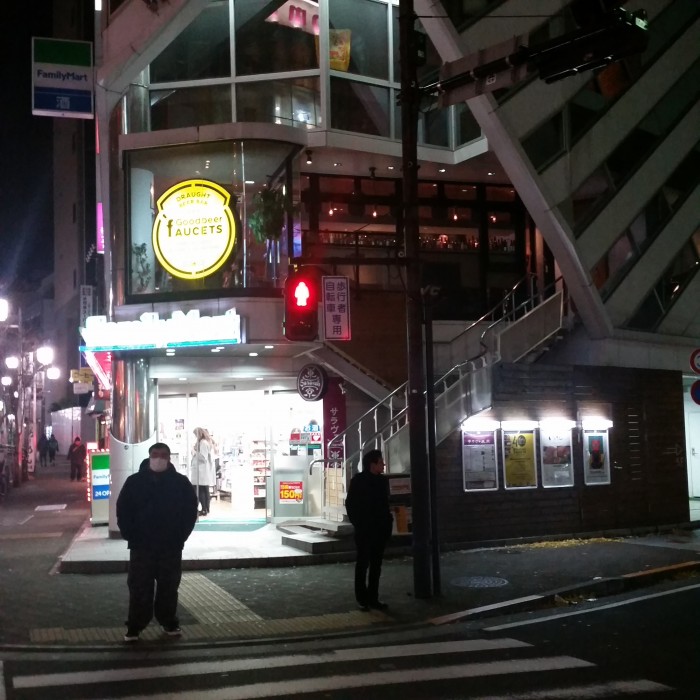 With 40 taps, Goodbeer Faucets in Shibuya is one of the largest places to drink craft beer in Tokyo. The selection of beers is of course nice, with several “house” beers offered as well as other beers from Japan and the United States. When I visited the bar it was fairly crowded, though with the bar area itself being fairly small, it didn’t present as many opportunities to chat with other customers. There’s a lot of space at Goodbeer Faucets so even when it’s crowded, it’s not overwhelming. Compared with some other bars I went to, it came across as a bit more sterile. At the time of my visit, you could save 200 yen off of a beer until 7pm on Sunday, or 8pm Monday through Thursday, taking each beer down to a very nice 700 yen. 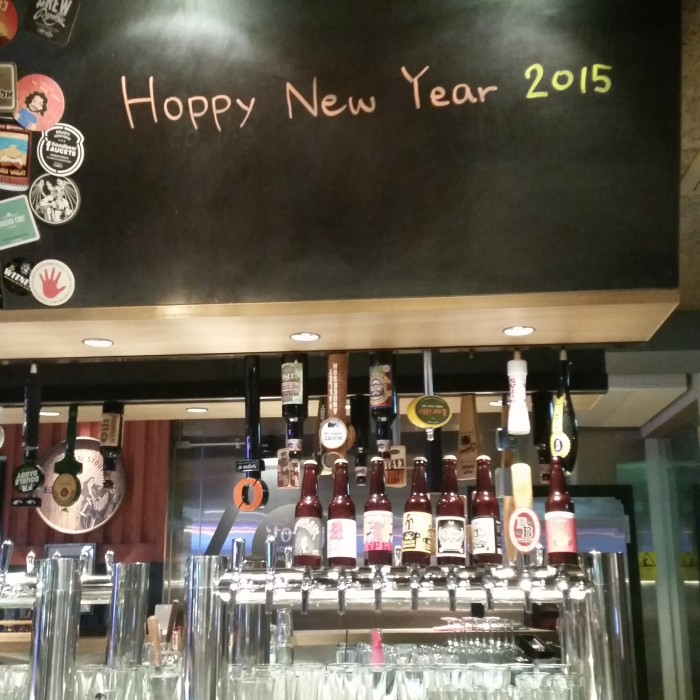 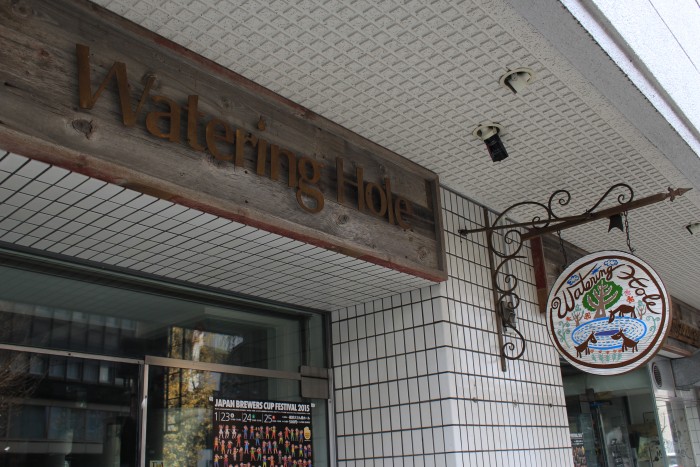 Watering Hole is one of the only craft beer bars in the Shinjuku/Yoyogi area. Despite how busy Shinjuku is, Watering Hole is actually on a fairly quiet street just southeast of Shinjuku station. The bar’s 20 rotating taps feature the best craft beer from Japan, plus a nice selection of mostly West Coast beers from the United States. While I was there for Japanese beers, it was nice to know I could get good American beer had I wanted it. The food is also great. I recommend the gyoza. Just be careful not to walk face-first into their very clean glass door. 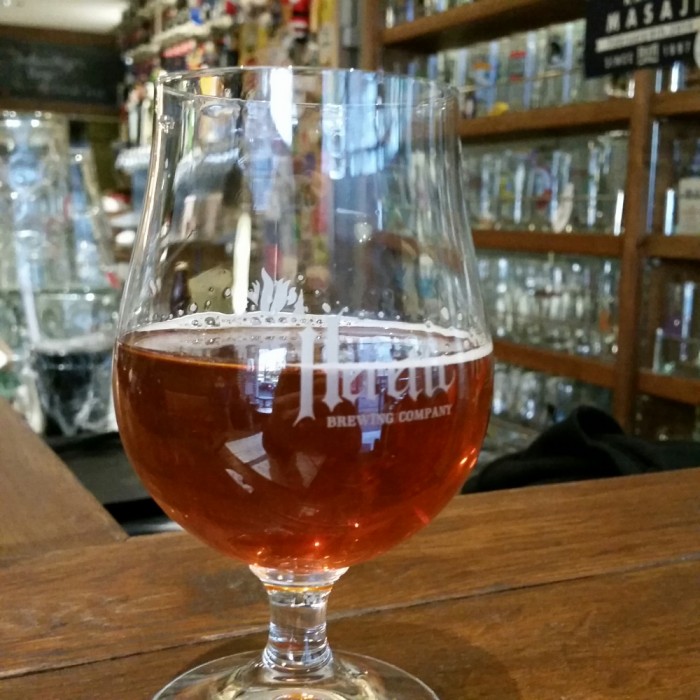 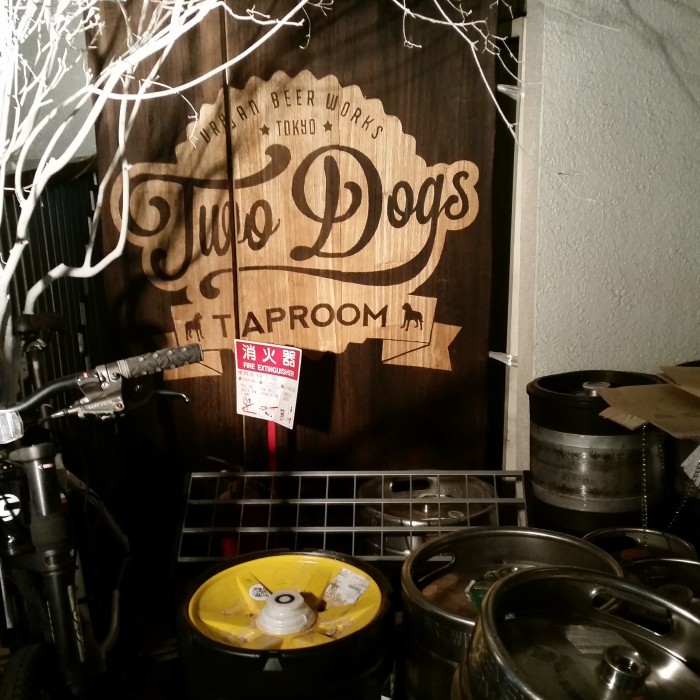 Missing the United States? It happens. If you’re thirsting for a taste and atmosphere of home, you’ll do no better than Two Dogs Taproom in Roppongi. With several large television screens showing American sports, plus 25 taps featuring both Japanese and American beers, you’ll feel right at home in Tokyo. I didn’t try any of the food, but the pizza looked and smelled good. 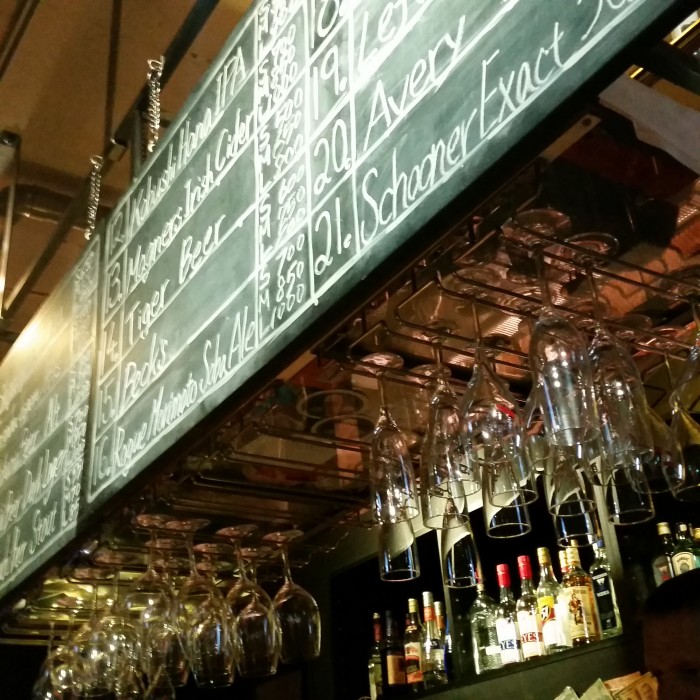 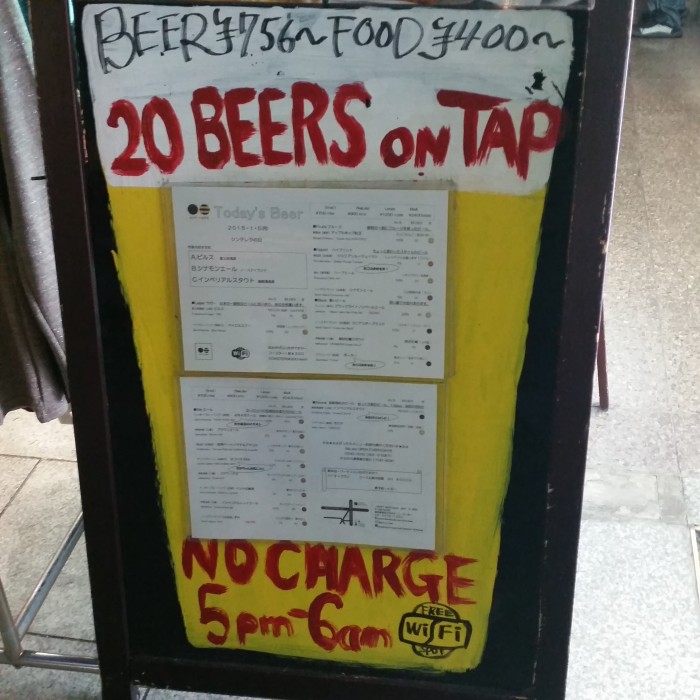 If you know that the best bars are dive bars, and there are always good things to be found in basements, then you’ll want to visit Ant N Bee in Roppongi. Between the selection of all Japanese beers & the bar staff’s limited English, you will not feel like you’re even slightly in an American craft beer bar here. Ant N Bee features 20 taps of Japanese beers, plus some snacks. One negative is that there’s smoking inside, though this might be a positive for some and contributes to the diveyness. Oh, and if you want to have a really late night, Ant N Bee is open until 6:00 AM. This is not a bar for the dilettante, and that’s what makes it one of the best places to drink craft beer in Tokyo. 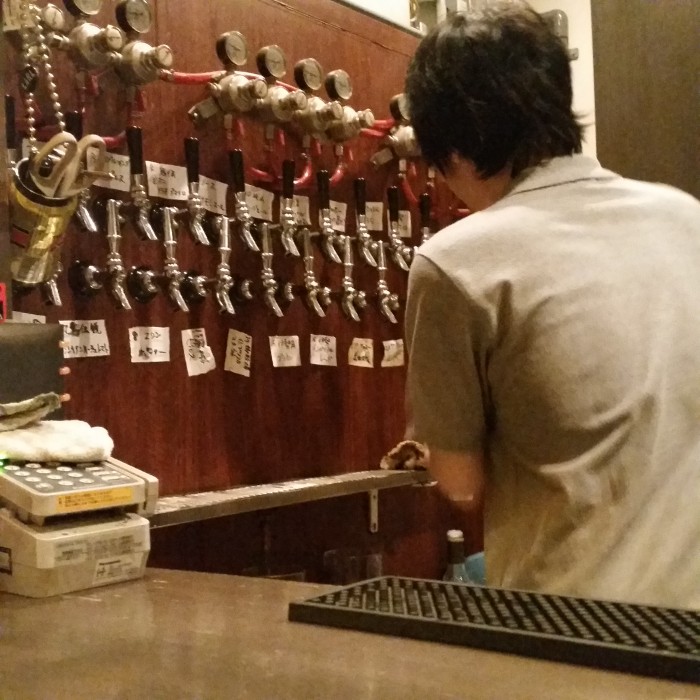 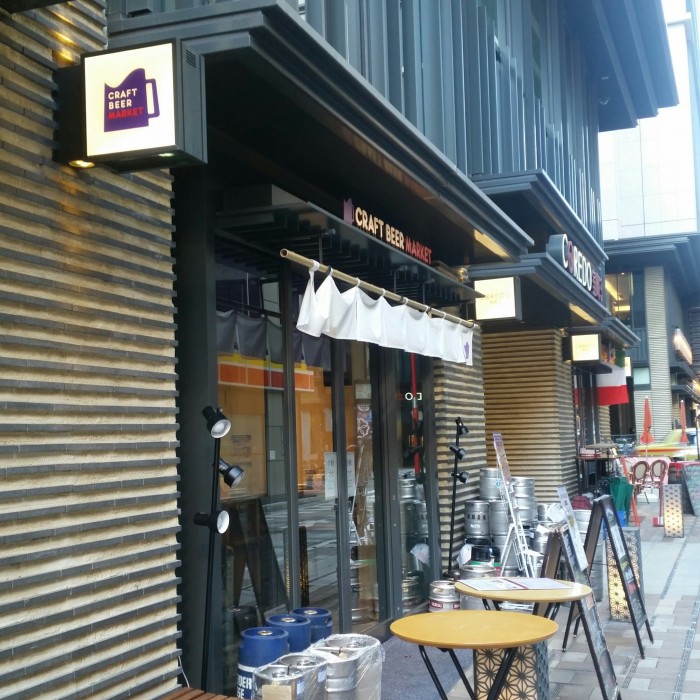 Craft Beer Market is a small chain of bars in Tokyo. I visted their Mitsukoshimae location one afternoon. It had 30 taps of mostly Japanese beers, with a few American selections thrown in. The vibe of the bar was cool, with some good music on, as well as decorations in the style of a slighly-divey, slightly-trendy American craft beer bar. I can say that these guys know their beer. The food looked decent too. The prices were more than reasonable for craft beer in Tokyo, plus they even offer all-you-can-drink options. With some good planning, you could do some serious damage here trying their full tap list. 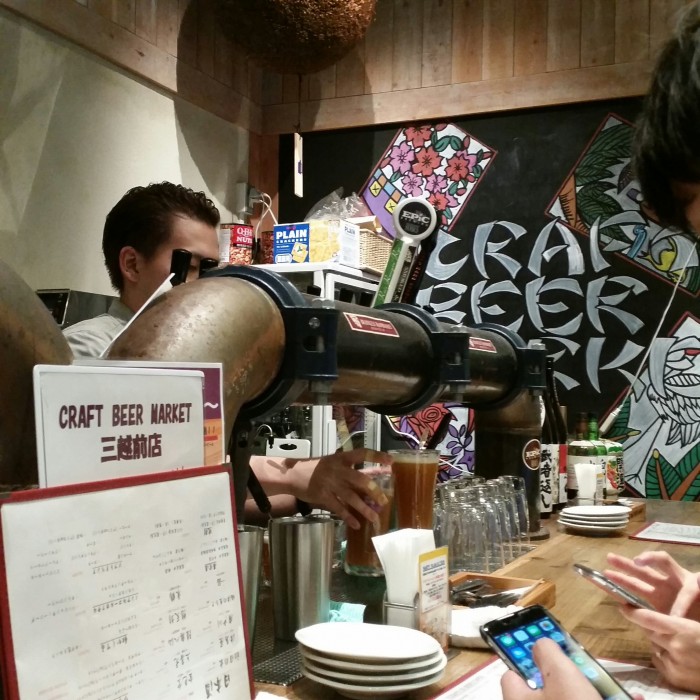 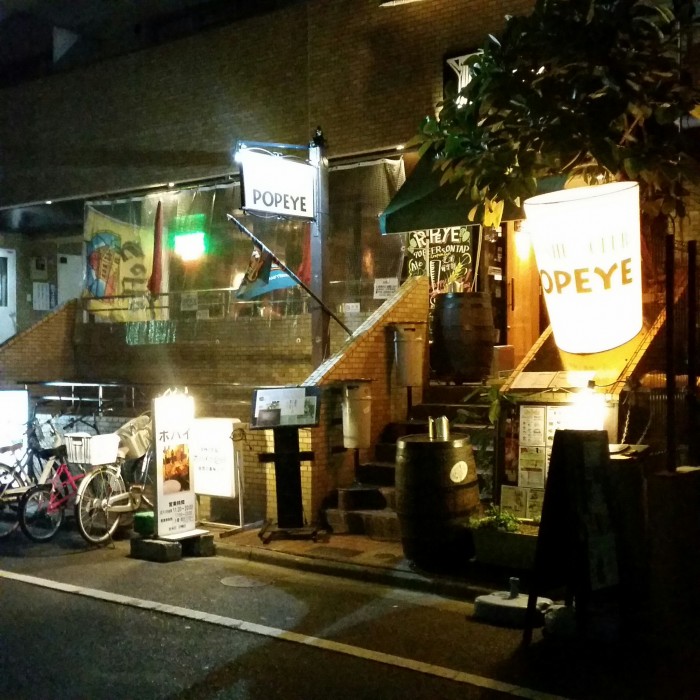 Popeye is the oldest craft beer bar in Tokyo. It’s been around for about 30 years, long before craft beer surged in popularity. This was the last bar I visited in Tokyo, and honestly it was a bit of a mixed bag for me. The 70 tap beer selection was excellent, and there were some interesting happy hour food specials as some drinks came with a free snack. However, the bar was overly-packed. I don’t know if it was due to the nearby sumo tournament which had just finished, or if this was a normal night. What took away from the experience was how badly the crowd & space were managed. Instead of having to wait outside, people were allowed to block the space of servers & people who were already seated. I was sitting at the bar, and at one point one of the servers grabbed my chair and dragged it backward so they could cram more people in. That’s not something you want to have happen as you’re about to take a sip of beer. I’d give Popeye another try to see if I was just there on an off-night, since the bar is nearly-unanimously highly-rated. The selection certainly merits it. 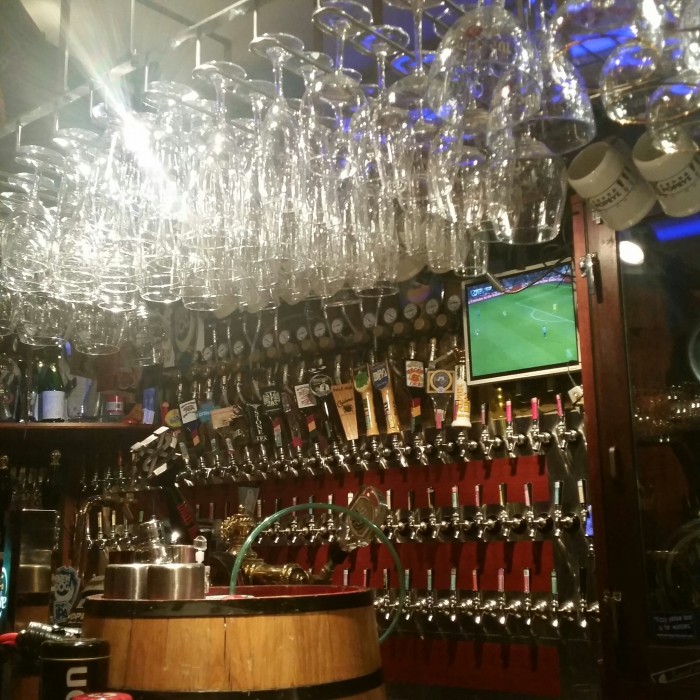 I recently had the opportunity to make a layover in Tokyo, where I found a couple of additional beer bars to add to this list. 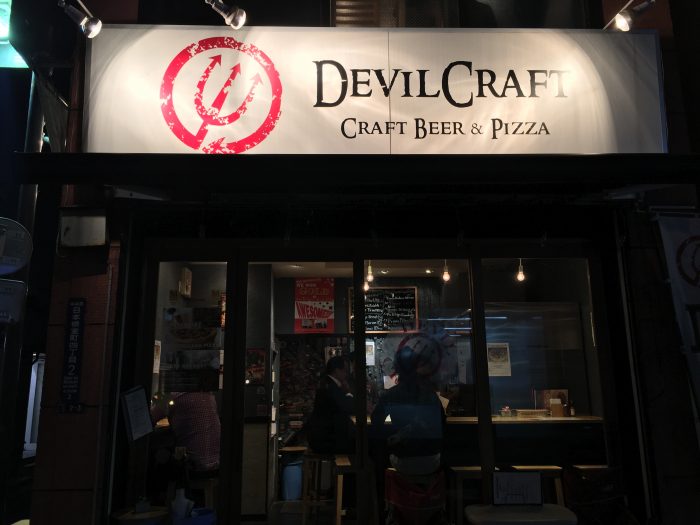 Devil Craft has a couple of locations in Tokyo. Devil Craft brew their own beer, but they also have an additional selection from around Japan and the United States. Their Kanda location is a tiny phone booth of a space, and with 14 frequently-rotating taps they might actually have more taps downstairs than seats. There is an upstairs section as well. In addition to the good local beer, Devil Craft also serves Chicago-style deep-dish pizza, which smelled pretty good. There were several seats at the bar, so I had a good time chatting with the bartenders & other patrons.

Little Delirium was a surprising little find when I was wandering Shinjuku. Located in a shopping area just south of the train station, it’s a tiny bar with big craft beer. Although I did not go inside (it was a bit early in the day for that), it looked like a pleasant enough place. The bar features mostly Belgian beers, plus some food. 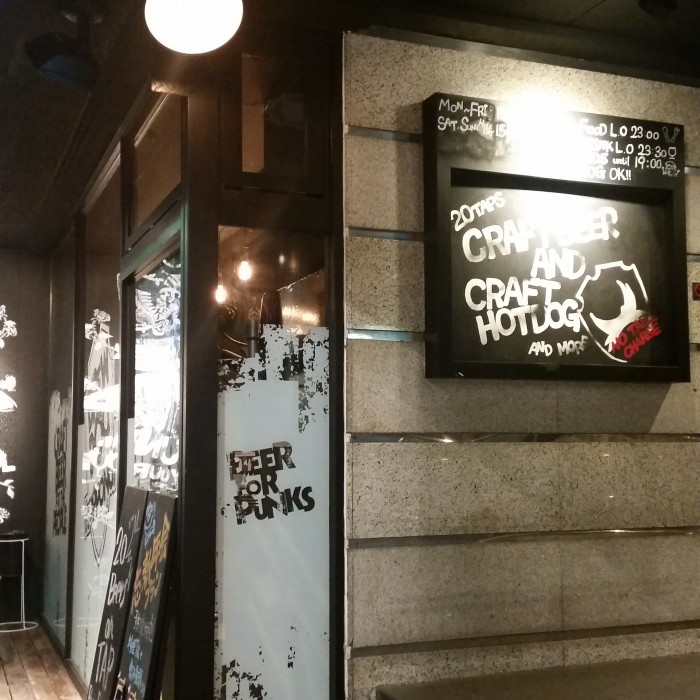 Brewdog Roppongi is a bar that I mention only because it was so disappointing. Having been to several U.K. branches of Brewdog, I felt that the Tokyo outpost of Brewdog was a massive letdown. In the U.K, Brewdog features roughly half their own beer, half beers from elsewhere in the United Kingdom and Europe. In Tokyo, they have zero Japanese beers and about 90% Brewdog. If you’re looking for Brewdog beer, that’s great, but if you’re looking for something more local, you will only be let down. Brewdog has the name to help bring some smaller Japanese brewers along for the ride, so it’s disappointing to see that their Tokyo bar is so self-serving rather than trying to grow a local craft beer scene. I will say that the warm Cocoa Psycho I had was original & tasty, but otherwise this was a bar I could have skipped in my search for good Japanese craft beer in Tokyo.

That’s it for my craft beer recommendations in Tokyo. There are more bars further outside the center of the city, but I focused my time on the core neighborhoods. If you have limited time, you’re best off visiting Shibuya and Roppongi if you want the best bars for craft beer in Tokyo. Happy drinking!