Home
Travel Guides
Europe
Turkey
Istanbul
A visit to the Museum of Innocence in Istanbul, Turkey

Before traveling to Istanbul, I asked a friend if she had any book recommendations for me to read before my visit. She gave me a few good options, including “The Museum of Innocence” by Orhan Pamuk. I chose to read this book not only because it would give me a solid introduction to Istanbul, but because there is also a museum in Istanbul that serves as a companion piece to the novel. As you might have guessed, the museum is called The Museum of Innocence.

A visit to the Museum of Innocence in Istanbul, Turkey

The Museum of Innocence: The Book

Here’s a very brief synopsis of “The Museum of Innocence.” The book was Orhan Pamuk’s first novel released after he won the 2006 Nobel Prize in Literature. I’ll try to keep it as spoiler-free as possible, but skip this part if you really don’t want to know anything about the plot of “The Museum of Innocence”. Once I started the book, I couldn’t put it down, breezing through all 700-odd pages in just a few days. I couldn’t wait to find out what would happen next.

“The Museum of Innocence” is a romantic story. In 1970s Istanbul, a rich businessman named Kemal falls in love with a girl named Füsun, who he meets in a shop. This is a problem because he’s engaged to someone else, a woman named Sibel who is of a similar societal status as he is. Kemal & Füsun continue to meet in secret, fall in love, & become increasingly close. Kemal, being an idiot who thinks he can somehow get married and also keep secretly seeing the woman who he is actually in love with, invites Füsun to his engagement party. That plan doesn’t go well. The two are supposed to meet at his secret love apartment the next day, but she doesn’t show up. The book then follows the ensuing years where Kemal first tries to track Füsun down, then attempts to win back her love. Throughout all of this time, Kemal collects artifacts relating to Füsun & that era in Istanbul. Thus, The Museum of Innocence is born, serving as a device through which the narrator commemorates his life & time with her.

Visiting The Museum of Innocence 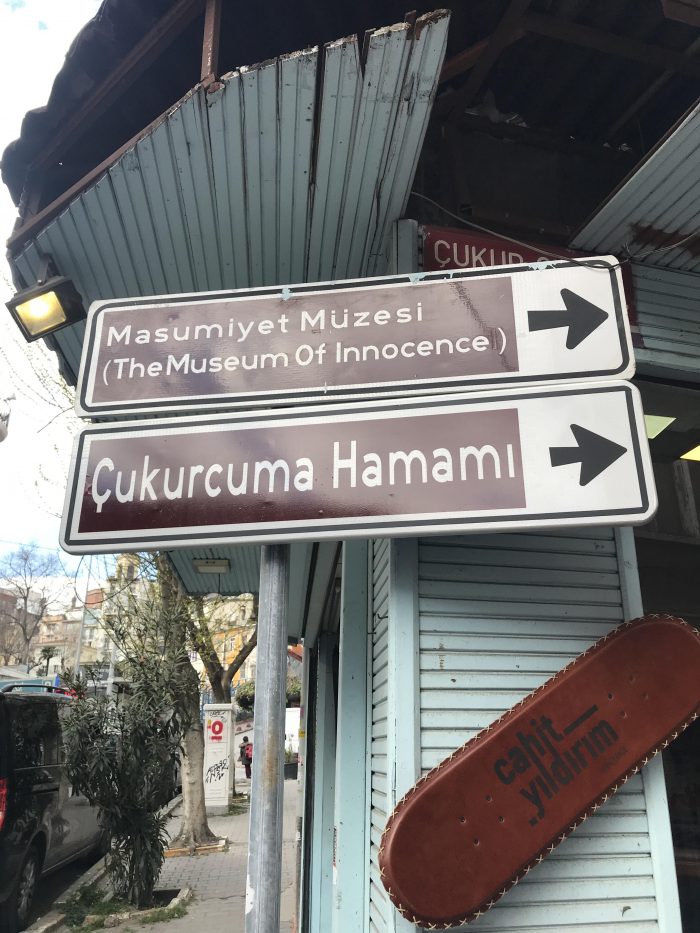 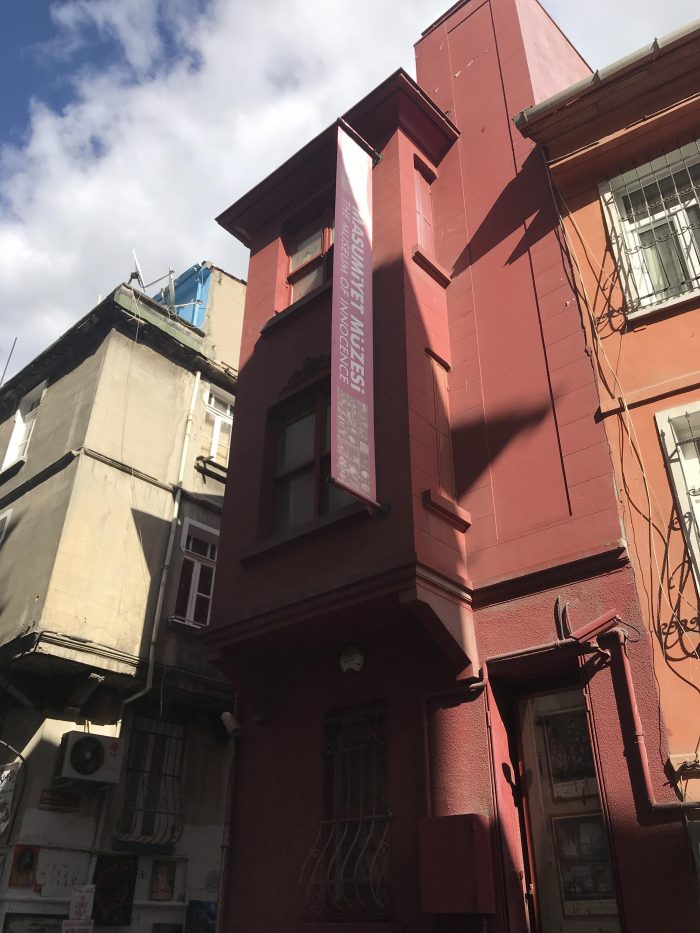 While the book was released in 2008, the actual museum didn’t open until 2012. The Museum of Innocence (official site) is located in Çukurcuma, a central Istanbul neighborhood lined with antique shops, just as it is described in the book. Near the back of the book, there is a free ticket to the museum (which of course didn’t actually exist when the book was first written). Since I had read the book on my Kindle after checking it out from the library, I just paid the entry fee of 40 TL. 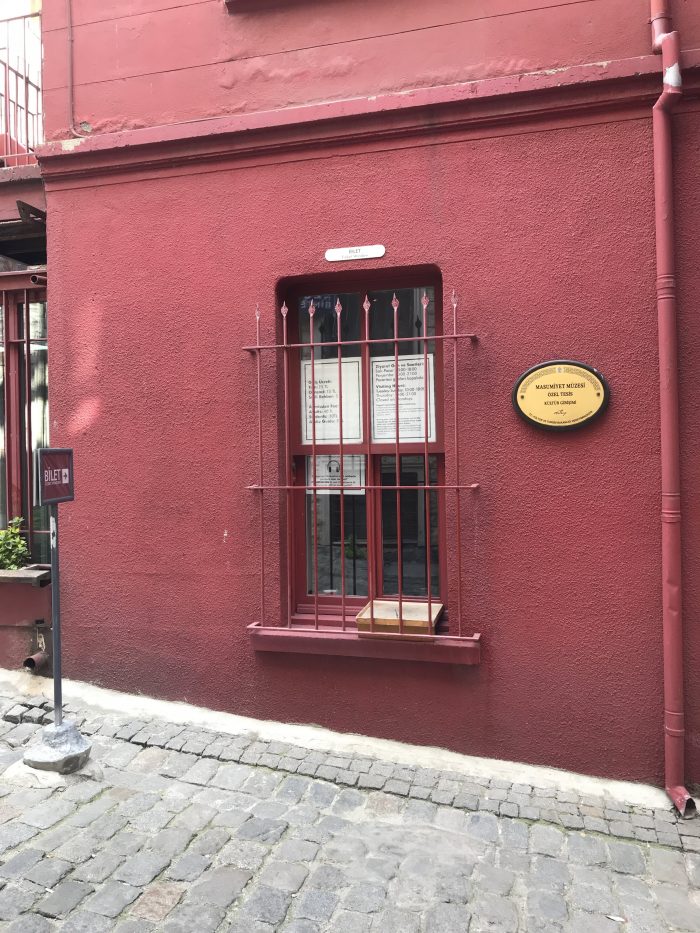 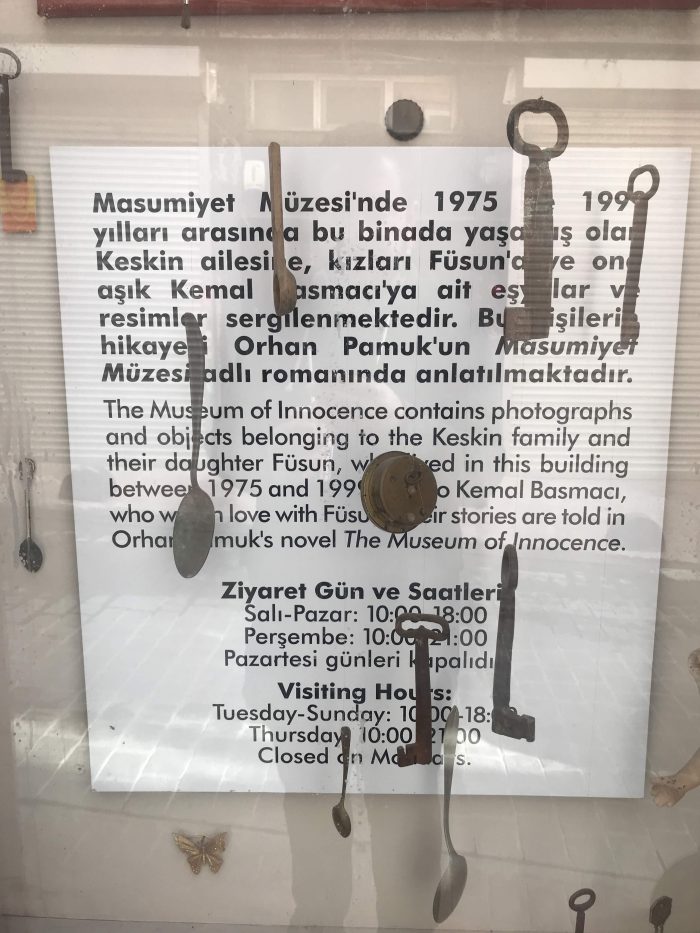 When you enter, you have the option of rent an audio guide for 5 TL. Normally, I find many audio guides to be a waste of time. In this case, I absolutely recommend that you get one. The museum is laid out across every floor of the former home of Füsun & her family, with each individual exhibit showcasing mementos from various aspects of her life, and life in Istanbul in general during that time period. As you move from window to window, you can listen to audioguide descriptions of what’s inside, along with excerpts from the book. 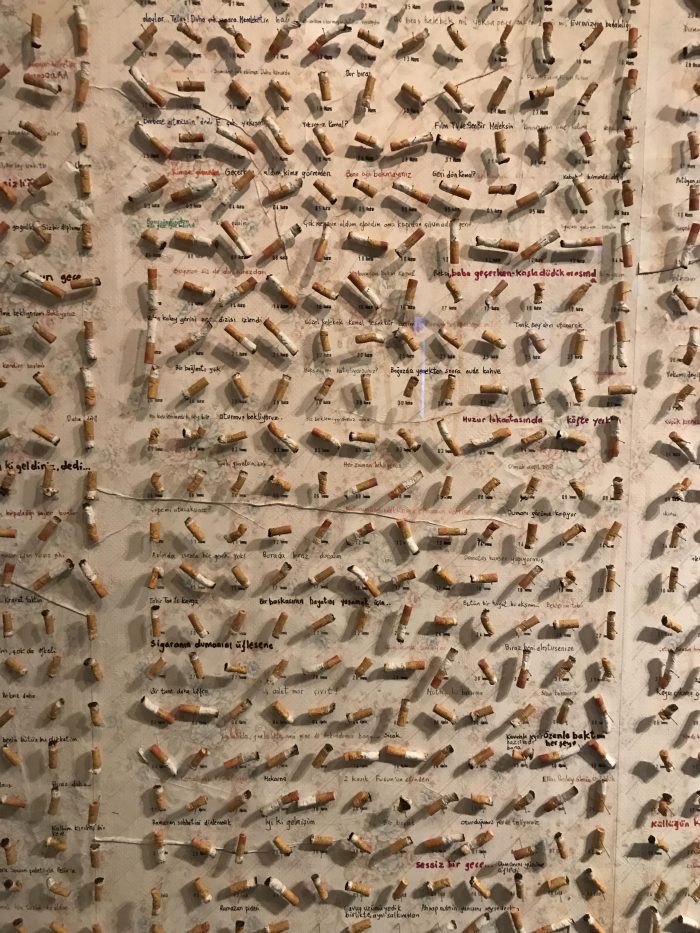 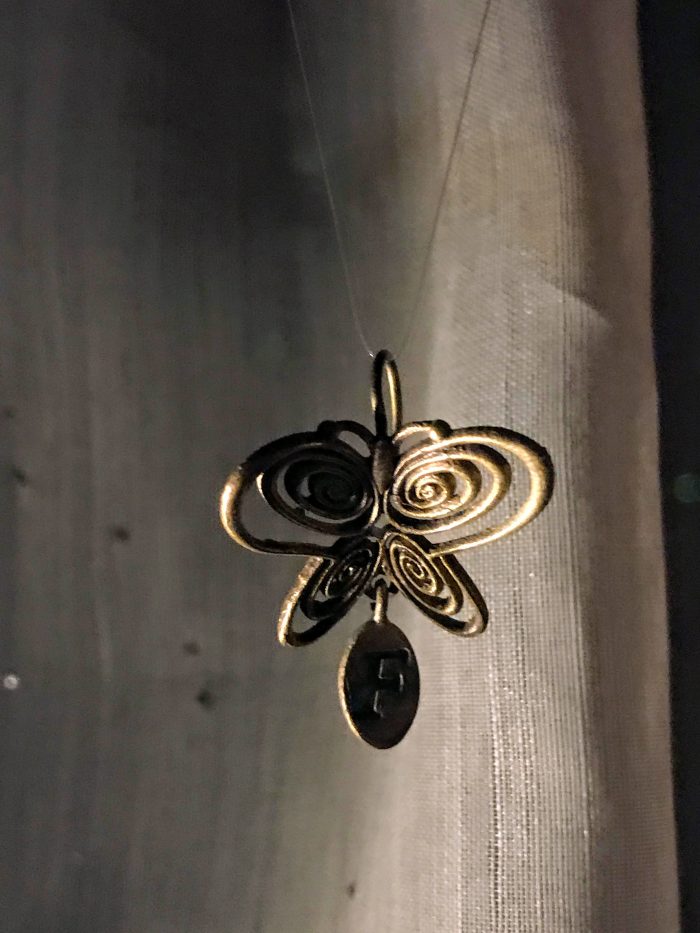 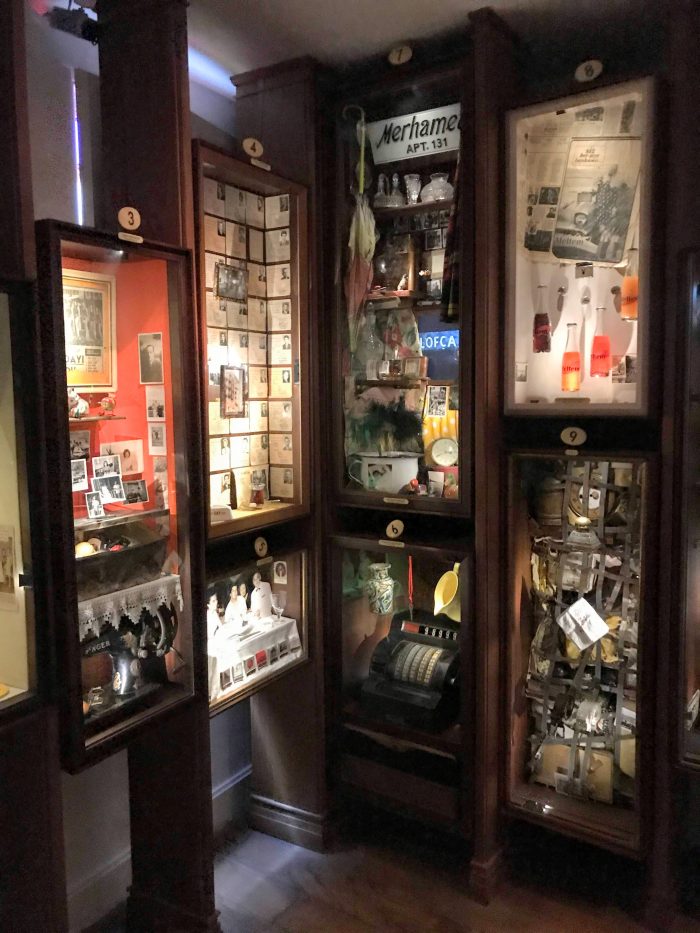 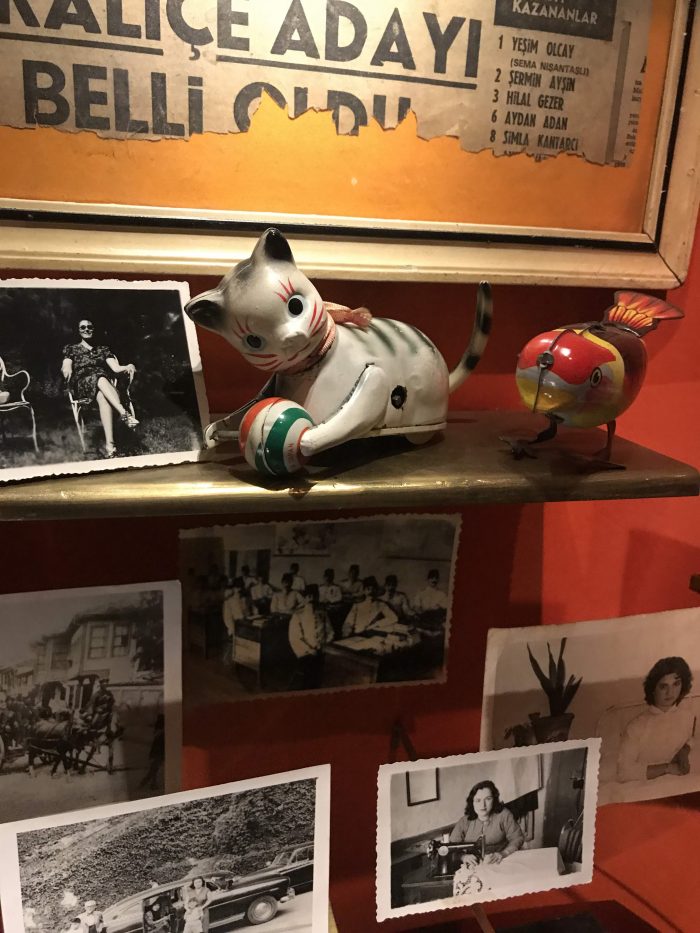 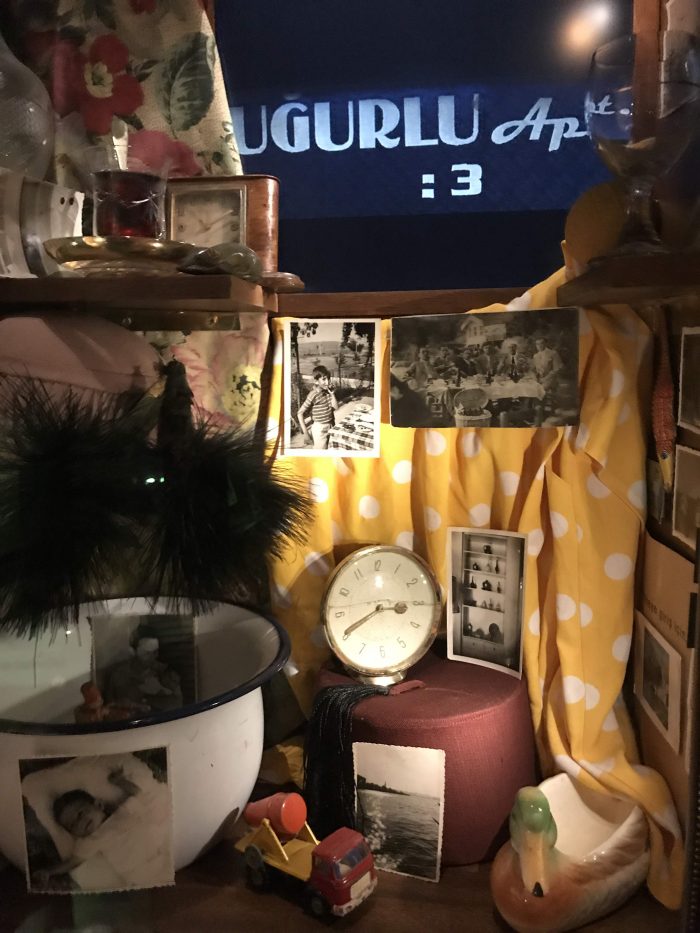 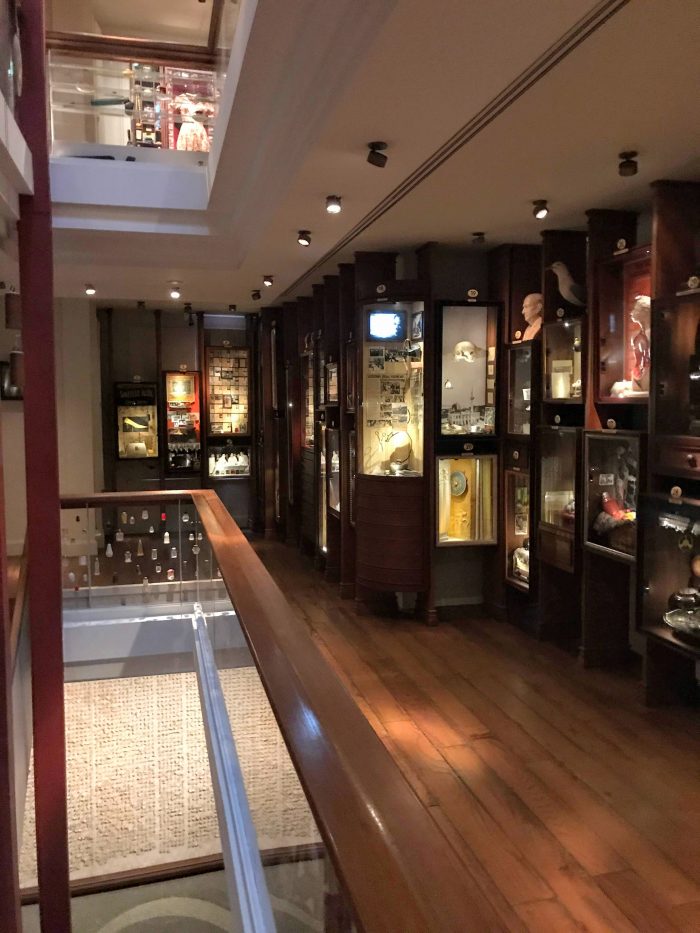 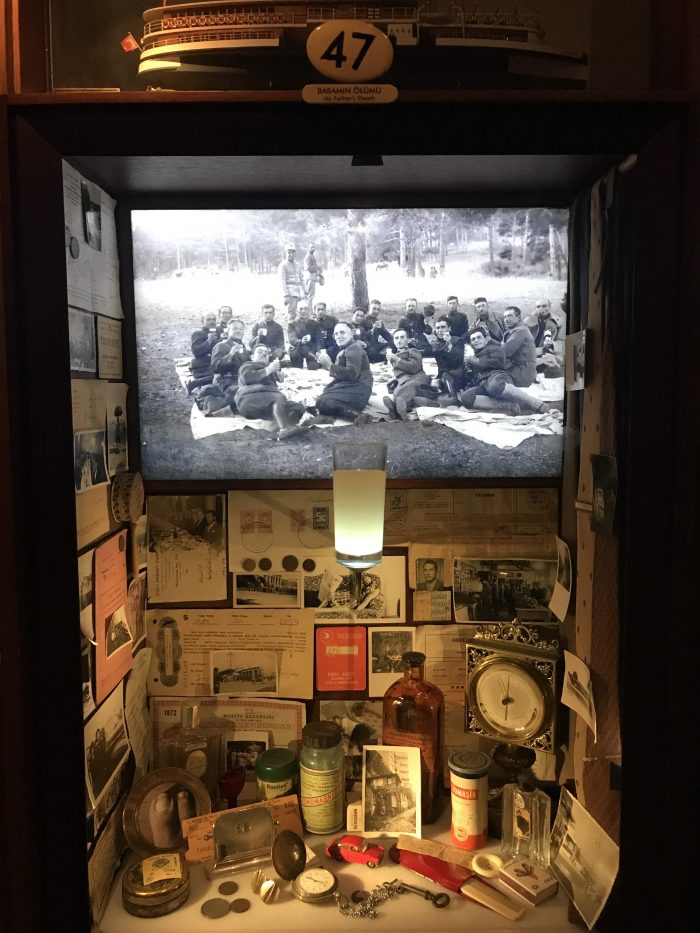 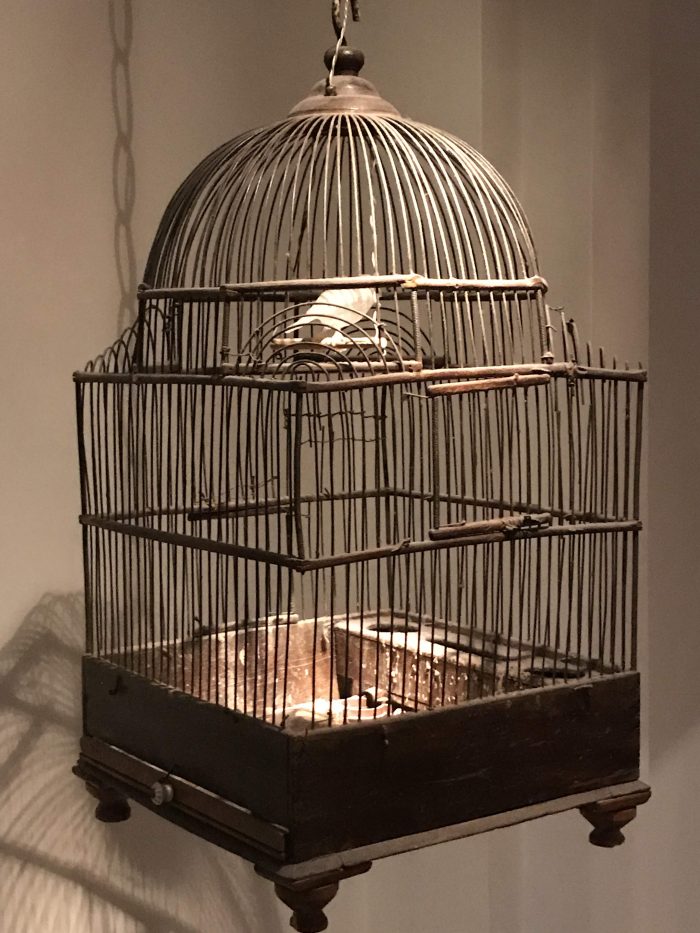 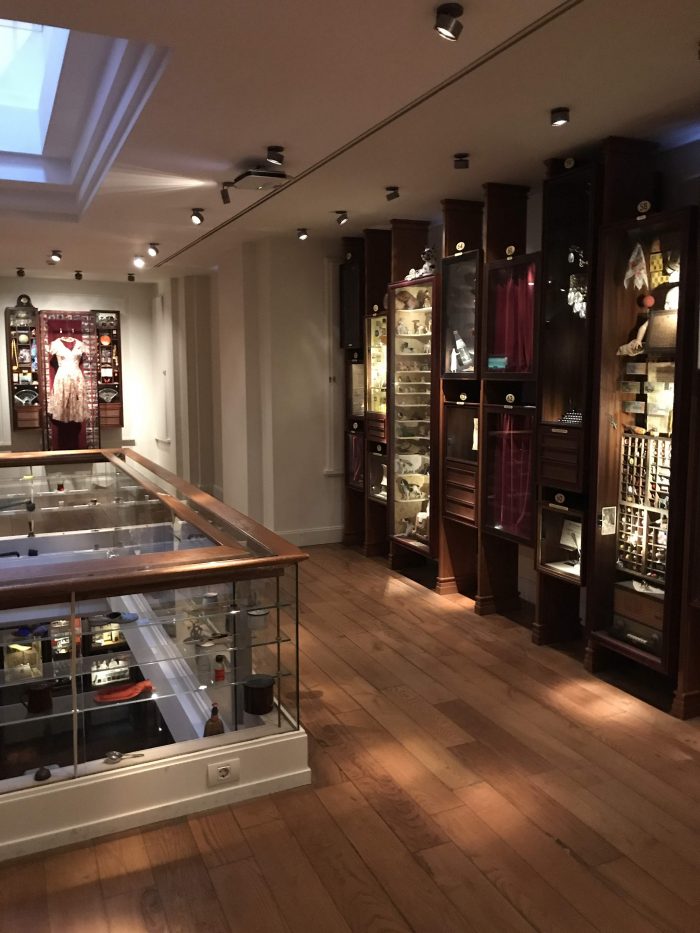 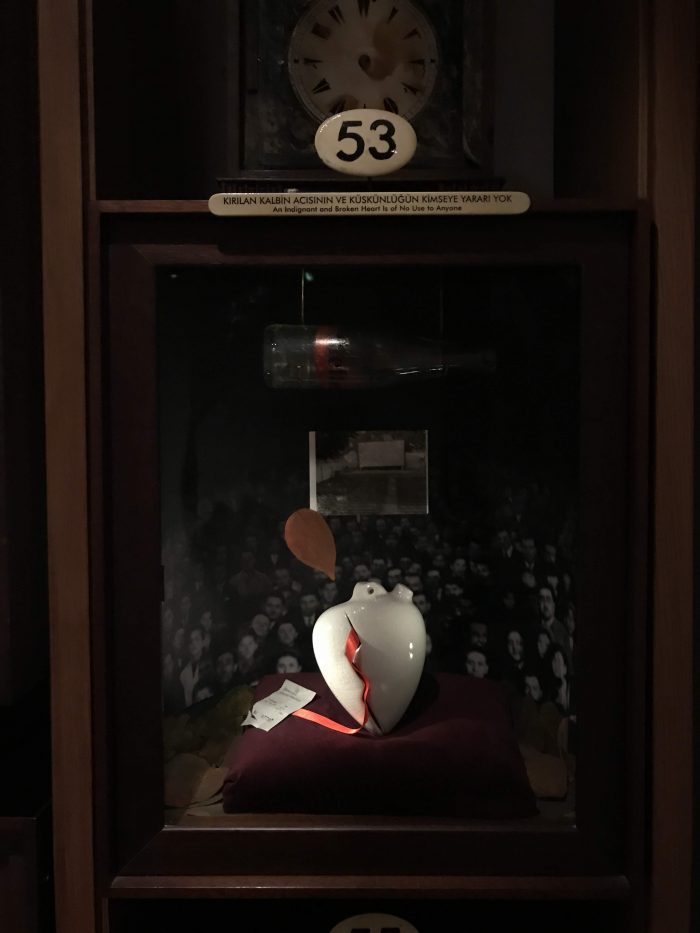 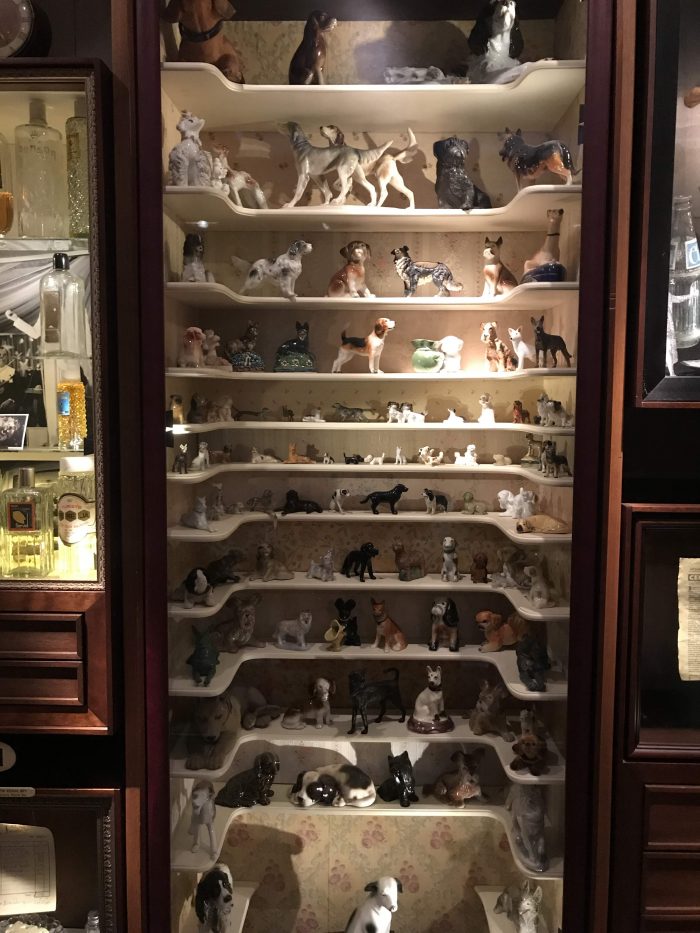 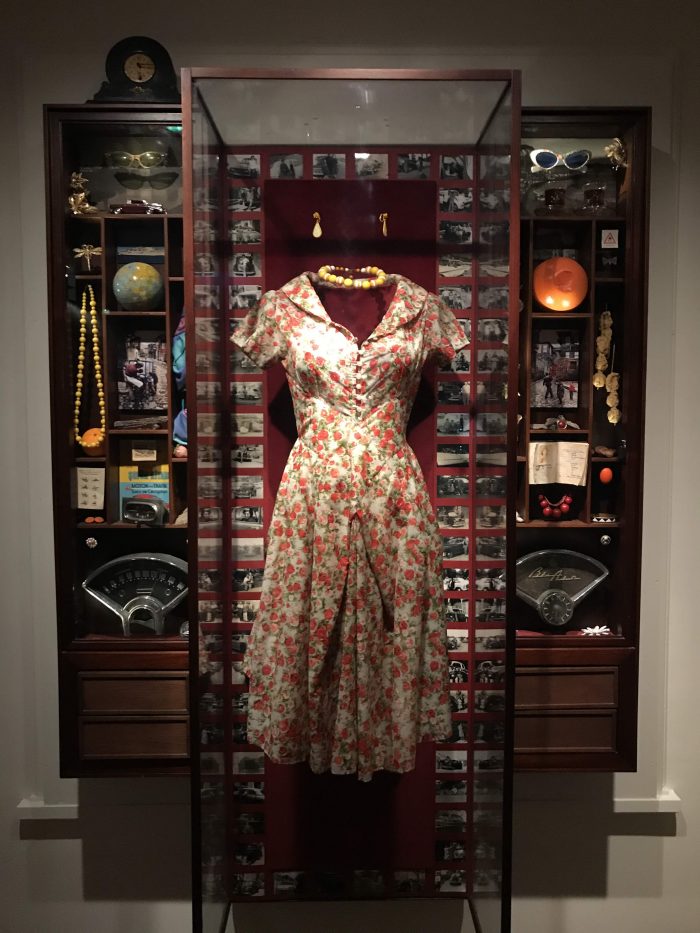 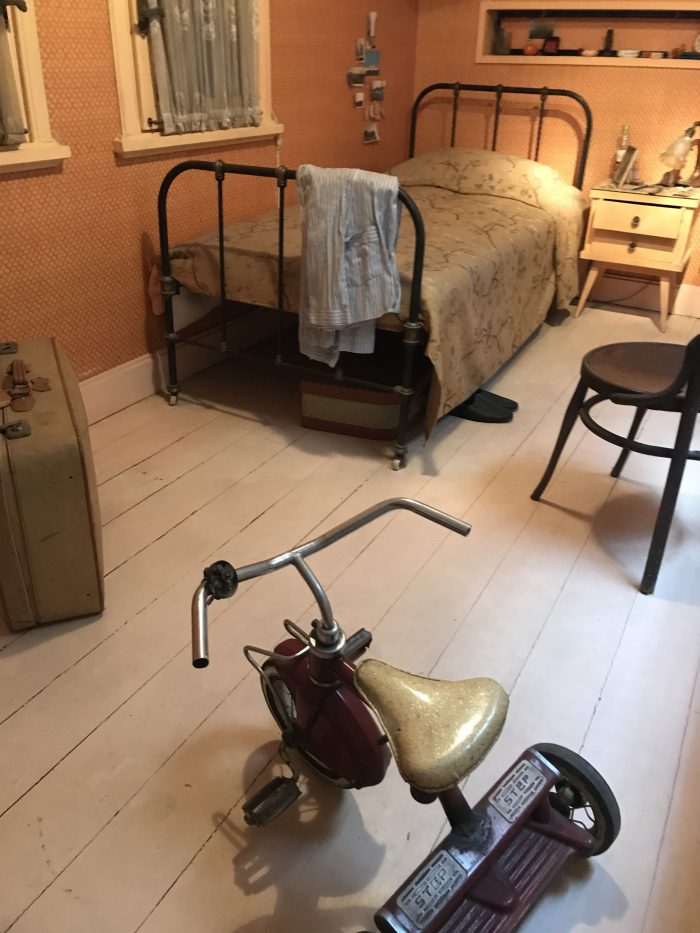 Somehow, without having had any idea of what the museum should look like aside from Orhan Pamuk’s descriptive prose, The Museum of Innocence feels completely right. The author was of course involved with the creation of the museum, but it is truly a remarkable exhibition that works in tandem with the book itself. The book makes the museum feel more real, and the museum makes the book feel more real. I left enamored with both. 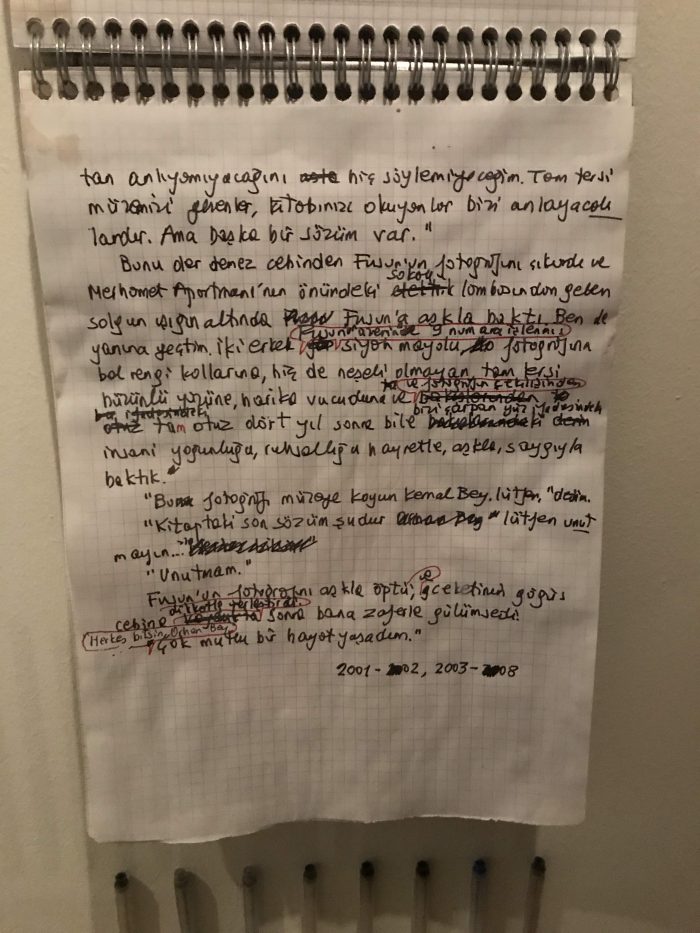 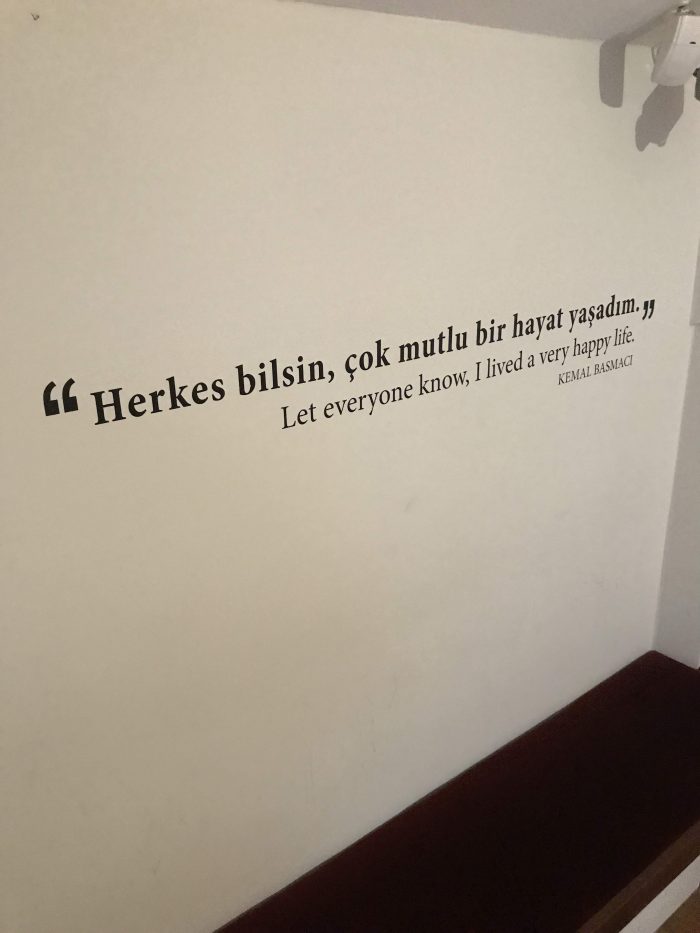 While I had just read The Museum of Innocence a few weeks before my trip to Istanbul, & I highly recommend the story, it’s not vital that you have read the book before visiting. The exhibits give a detailed portrait of daily life in 1970s & 1980s Istanbul. If you’re a fan of cultural museums such as this, then you’ll enjoy The Museum of Innocence, even if you haven’t read the book.

Buy The Museum of Innocence on Amazon.com 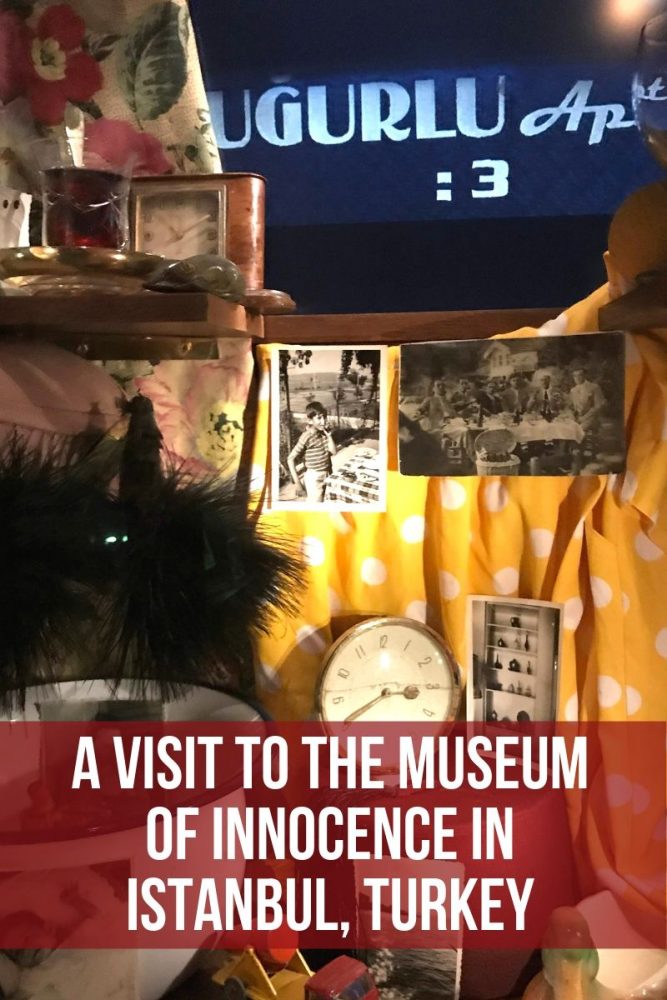