With the nice September weather holding, I decided to spend my 2nd full day in Germany up in the mountains surrounding Garmisch-Partenkirchen, visiting the majestic Zugspitze & nearby Lake Eibsee. 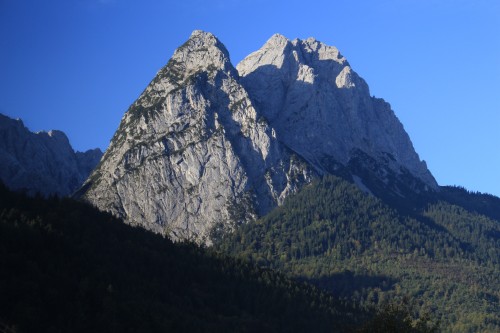 How to get to the top of Zugspitze

Zugspitze is the highest mountain in Germany, towering over the region at 9,718 feet. There are several ways of reaching the top. You can take a train from the town, winding through the valley before climbing via Bavarian Zugspitze Railway rack railway to Zugspitzeplatt, then transfer to a cable car for the rest of the journey. You can also access the mountain via cable car from Eibsee. Finally, you can hike up. I had considered doing the hike, but wisely chose not to. Seeing later how much scrambling hikers had to do over loose rocks on their way up, I was glad of my decision.

Instead, I chose the rack railway + cable car combo to get to the summit. The rail journey itself is nice, though the last part of it is entirely underground, as the route up consists of a winding tunnel. Once at Zugspitzeplatt, you realize that you’re not quite yet at the top, but it’s a nice stop before continuing to the summit. 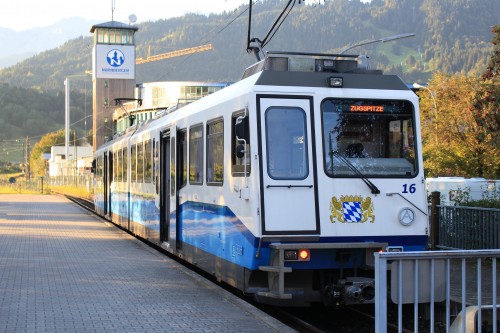 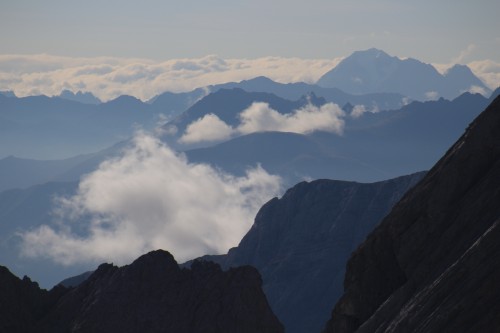 As you can see, the views from Zugspitzeplatt were amazing. When I first arrived it was pretty clear, so I could see for miles toward Austria. I spent about an hour at Zugspitzeplatt, taking photos and hiking around. There’s still a bit of a glacier left there called the Schneeferner, so I hiked on that a bit. Given how the region is warming (I was wearing a short-sleeved t-shirt in late September), I can’t imagine that glacier will be around much longer, so see it while you can. 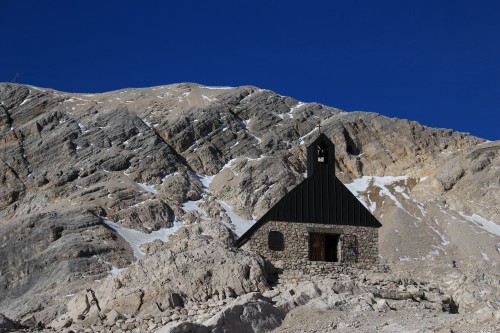 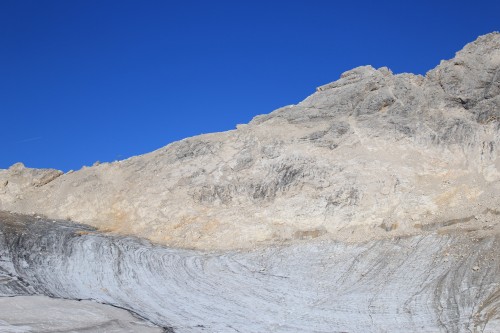 After a while there, I decided to brave the cable car journey to the summit of the mountain. I am not a fan of heights, so riding a swinging car held up by a couple of cables is not my idea of a good time, but if it means getting to see a great view, I can tolerate it. It also helps when there’s beer at the top.

Things to do at the top of Zugspitze

In true German fashion, there were of course multiple beer gardens at the top of Zugspitze, so I had a beer and a bratwurst. Considering the mountain is the highest point in Germany, it’s unsurprising that the summit beer gardens are also the highest places to get a beer in the country. 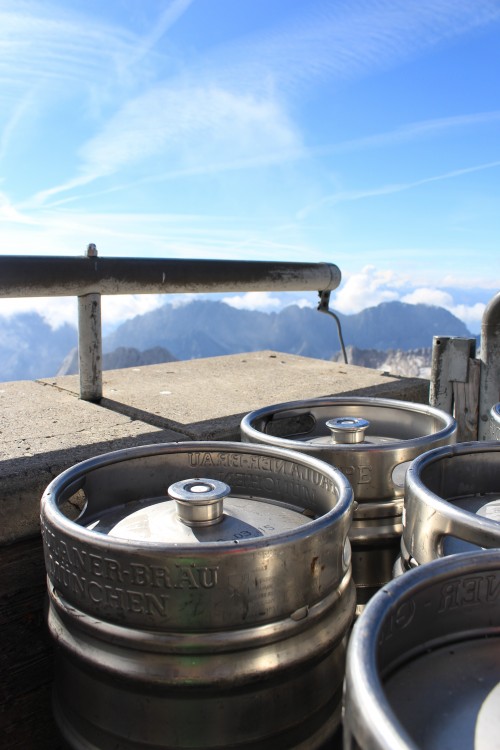 It began to get a little bit cloudier and chillier as the afternoon went on, but I was still treated to great views of Garmish-Partenkirchen and the surrounding valley (including Lake Eibsee, which I would later hike around) from high above. 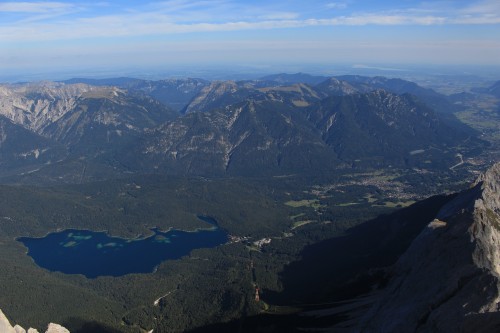 While the views were amazing, unfortunately the top of the mountain was quite crowded, especially considering it was a Thursday in September. It seemed like every person in Bavaria over the age of 80 had decided to go up that day. This wouldn’t necessarily be a problem, but a lot of people were pushing their way around and standing uncomfortably close to me, which did not make a person like myself who was already uneasy with heights particularly happy while standing trying to take photos from several thousand feet above a steep drop-off. The buildings at the summit of Zugspitze actually straddle the border between Germany and Austria. The Austrian side is a bit lower, but it’s far less crowded, so if you find yourself in a similar situation you may want to escape to there for a bit.

With the weather getting even colder and the summit getting a bit more crowded, I headed back down the mountain, this time taking the cable car down to Eibsee. The beer made that cable car journey down a bit less nerve-racking. 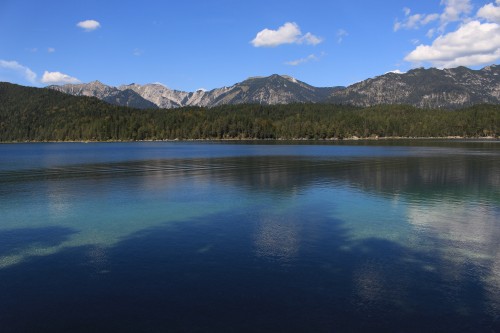 Eibsee sits on Lake Eibsee, tranquil blue-green lake sitting at the base of Zugspitze. After having a snack at a cafe along the shore, I decided to hike around the perimeter of the lake, which is around 5 miles. While there are a few hills, the path is well-maintained and mostly level.

The trails again were more crowded than I expected, leaving me to conclude that nobody in the area has a job, or at least if they do, they have the wonderful freedom to do whatever they would like to on a sunny Thursday afternoon. 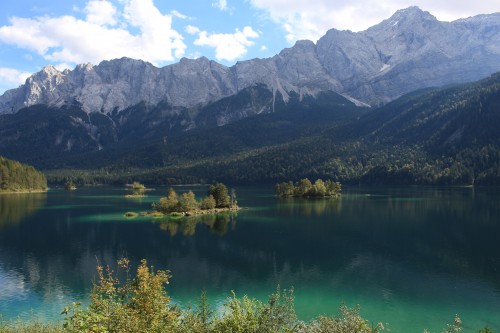 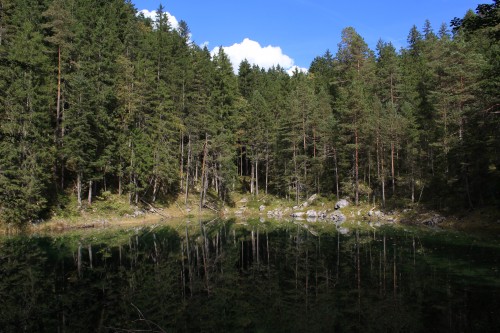 If you lived in a place that had these views, you’d try to get outside whenever you could too.