London Heathrow’s Terminal 3 has a plethora of lounges. There are a couple of Priority Pass lounges, but Oneworld passengers also have several additional options to pick from. On my transit through London, I had several hours to kill at LHR. During this time, I was able to visit a few Heathrow Terminal 3 lounges: the Cathay Pacific Lounge, the No 1 Traveler Lounge, the British Airways Galleries Lounge, and the American Airlines Admirals Club. Here is my review of the London Heathrow Cathay Pacific Business Class Lounge. 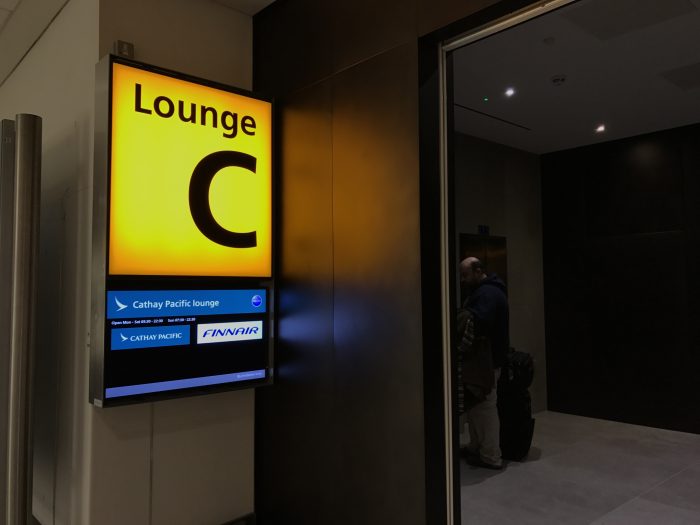 The Cathay Pacific Lounge in London had recently reopened when I visited. I was traveling in business class, so I did not see the first class section, but that alone was impressive. While I had not been in the lounge previously, the resulting product is one of the best airline lounges I have visited, and one that is miles above most of the other options in Terminal 3 (though I have not yet been to the new Qantas lounge). 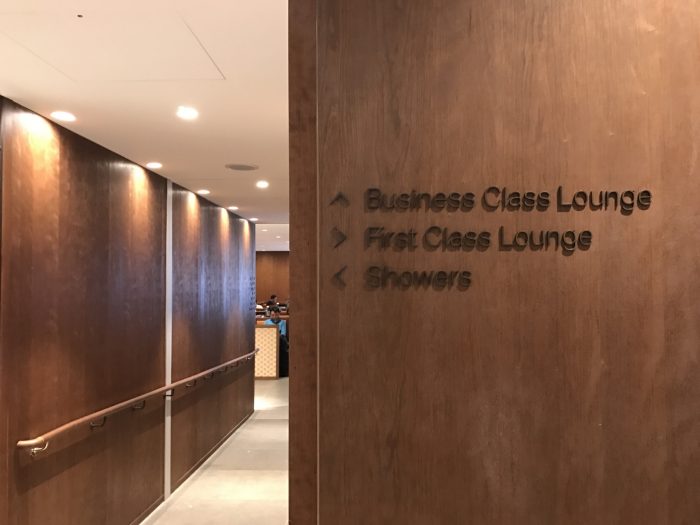 First of all, the LHR Cathay Lounge is spacious.  The first section has nice restaurant-like tables & booths to sit at, along with plenty of power outlets. 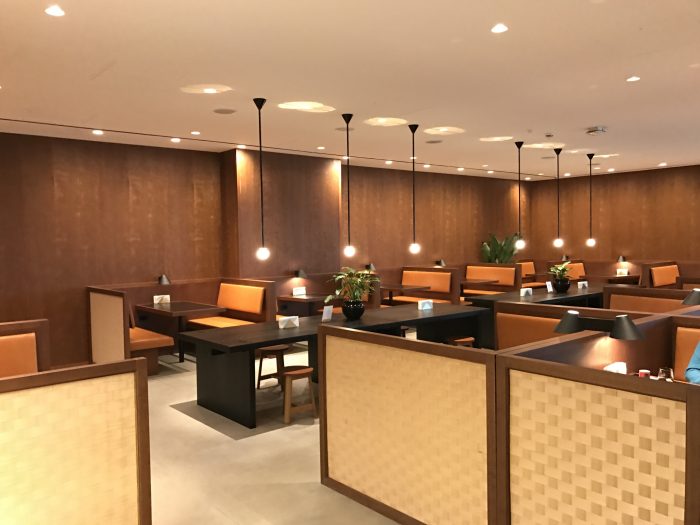 This front section also has Cathay Pacific’s signature noodle bar, along with some dim sum. 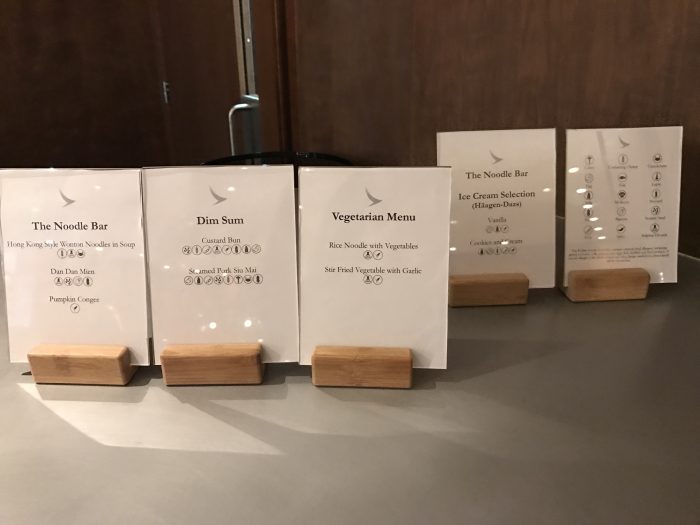 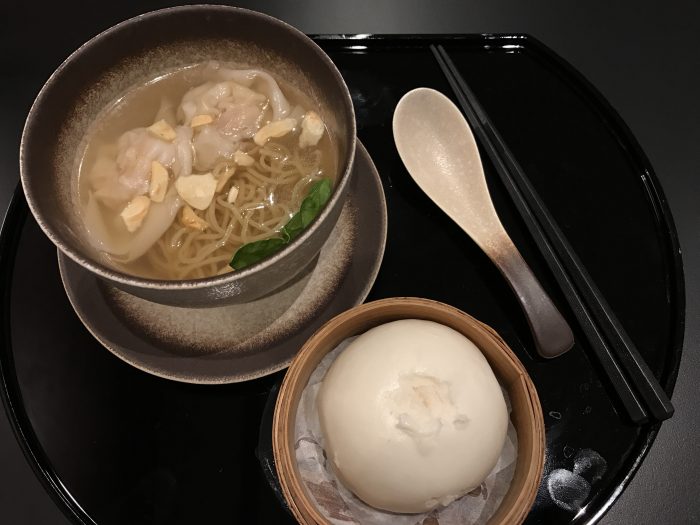 The lounge’s bar has a solid selection of drinks available. For non-drinkers, there are also nice coffee machines, as well as other beverages. 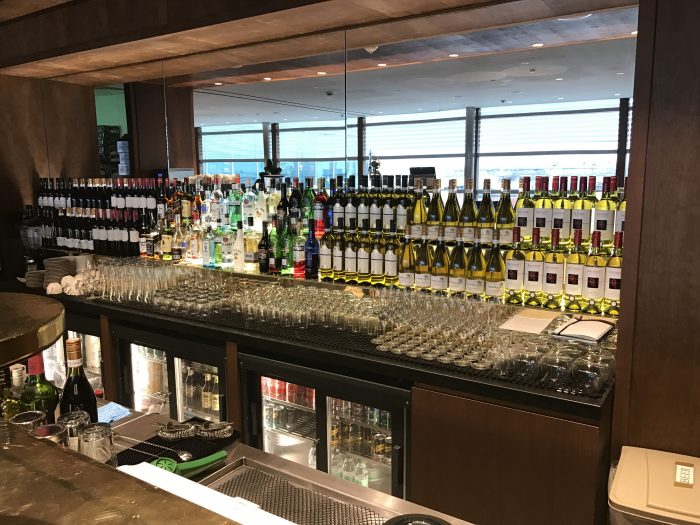 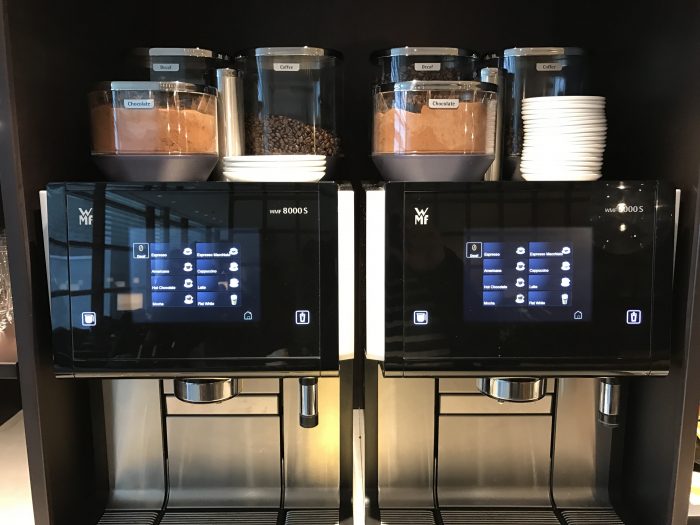 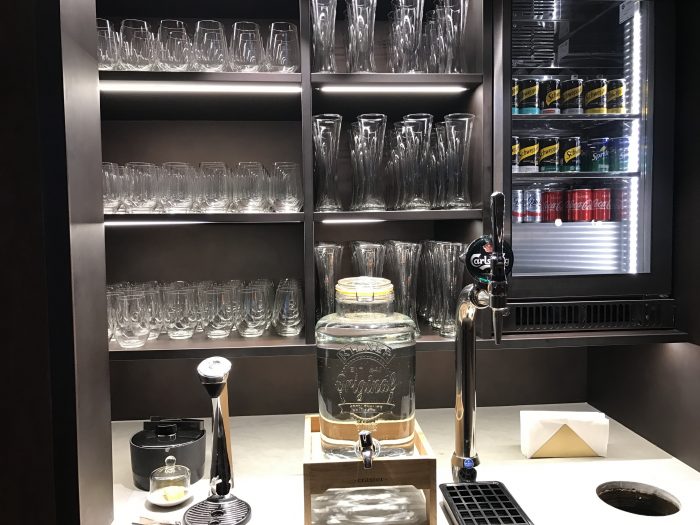 The spread of hot food is outstanding. There was a pretty full breakfast available when I first arrived. Around 11:15, hot lunch items were rotated in. 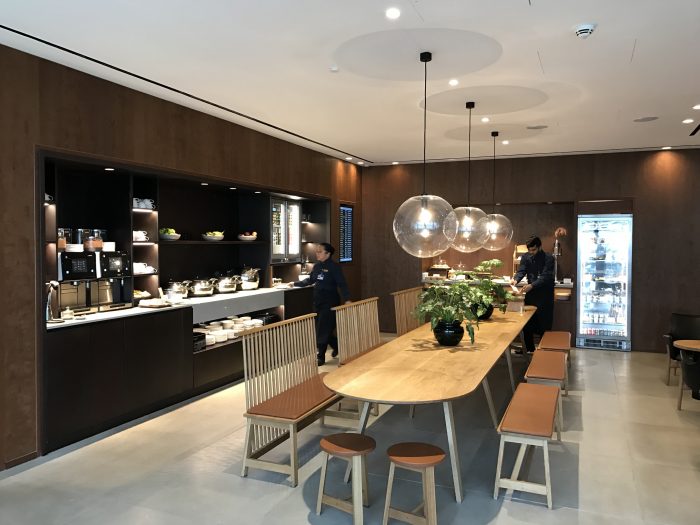 There were also plenty of cold snacks & pastries available. 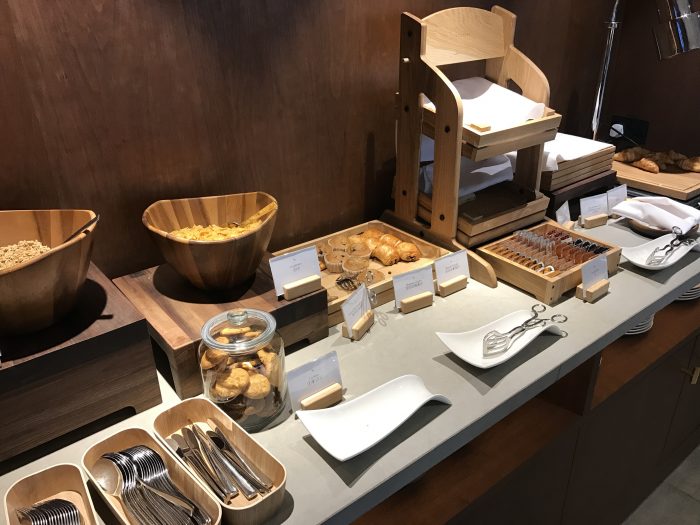 Thanks to the Cathay lounge’s layout, there’s a long window with decent views over the tarmac. Other terminal 3 lounges either don’t have a view at all, or it’s minimal. 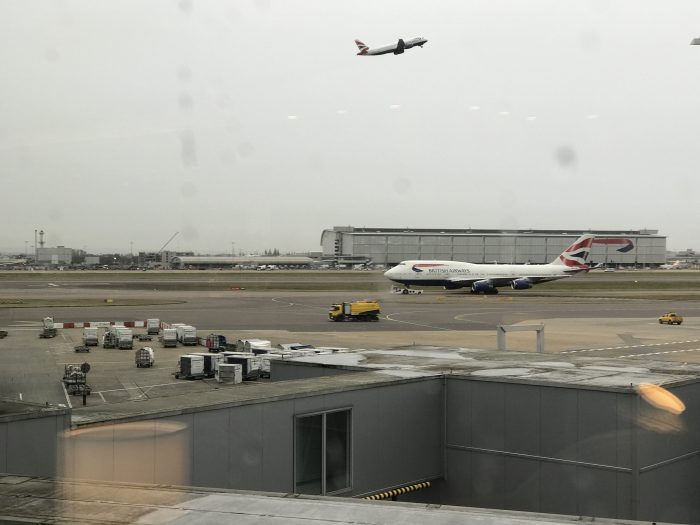 Just when you think you’re at the back of the Cathay lounge, there are more places to sit, including some with excellent privacy. You can find every kind of seat you’d ever want in this lounge. 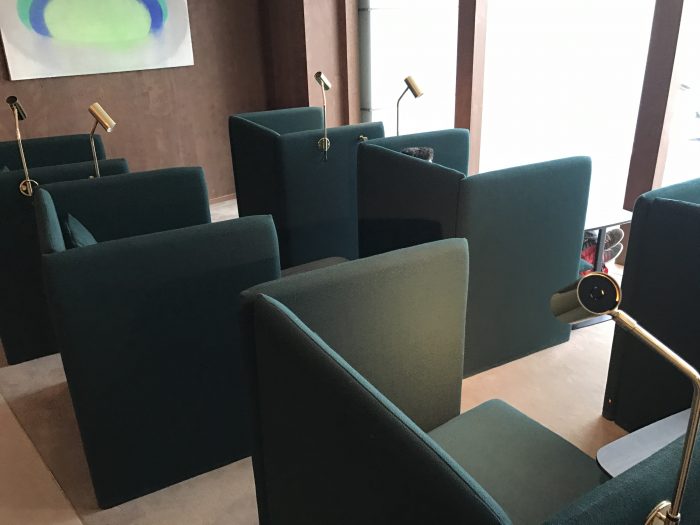 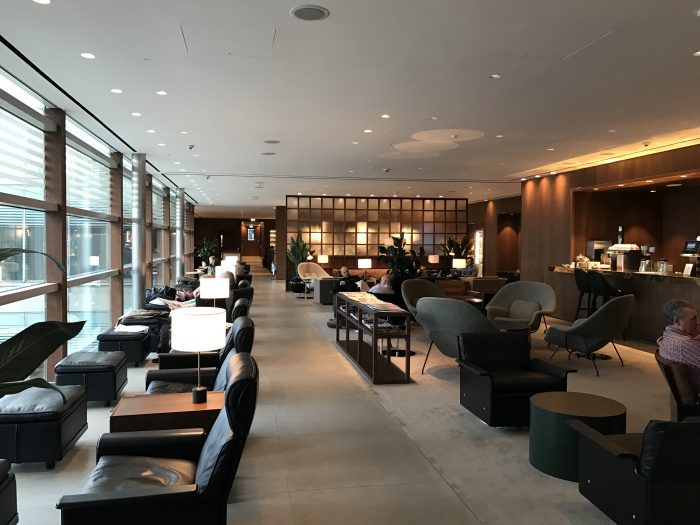 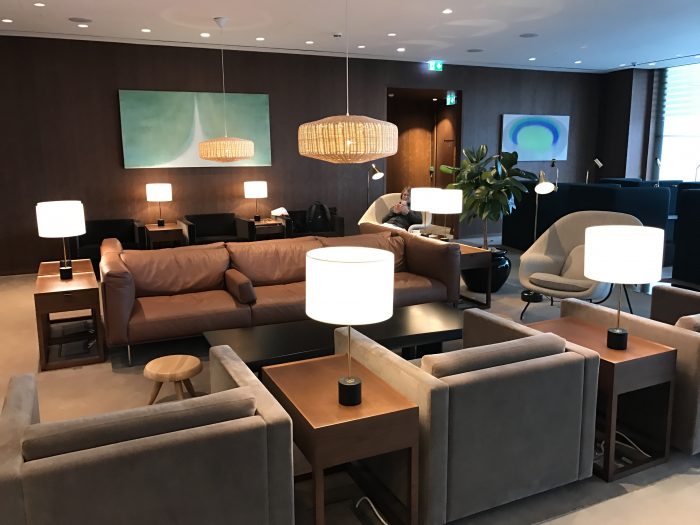 The usual suspects such as a business center and showers were also available. The wifi speed was outstanding. I was able to backup a ton of photos while I was sitting at a table in the restaurant area of the lounge. 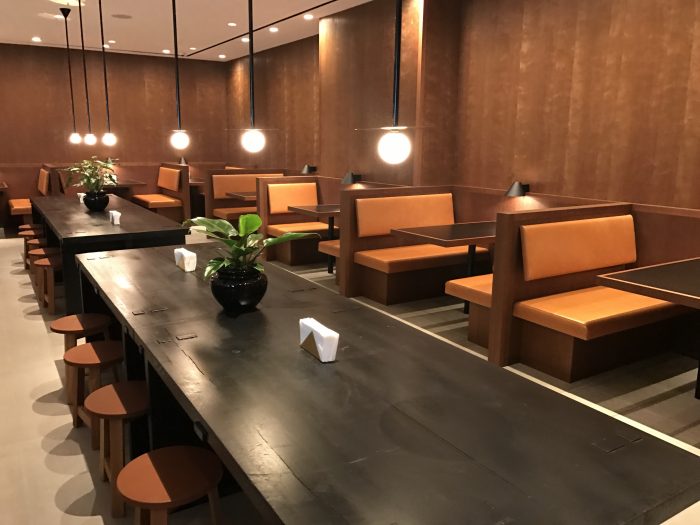 I visited the London Cathay Lounge about an hour and a half before a Cathay Pacific flight was set to depart. There were some people there, but the lounge didn’t feel busy at all. There was plenty of space for everyone. Perhaps this will change as more Oneworld fliers realize this lounge is an option, but given that the new Qantas lounge is now open, there are plenty of great choices in Terminal 3. 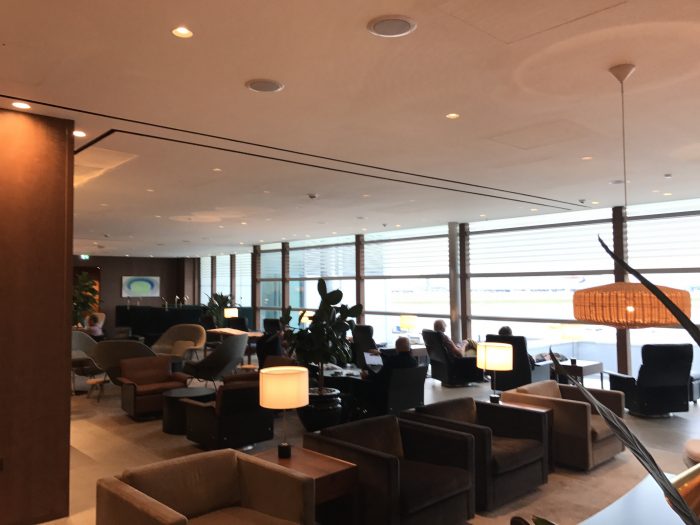 The only minor quibble was that there only seemed to be an elevator leading to the lounge, and no stairs. This became evident when there were 5 of us crammed into a small elevator trying to exit back to the terminal. It’s definitely not a major issue, but keep it in mind if it results in a short wait.

Between all of the Oneworld lounges in London Heathrow’s Terminal 3, the Cathay Pacific lounge is by far my favorite. On future trips through the airport, I will be spending my time there if possible, as it is truly relaxing & has great food & service.