Busan is South Korea’s second largest city. While not as massive as Seoul, Busan still has a vibrant modern edge to it. There are several great breweries & places to drink craft beer in Busan. Most of them are congregated in two sections of the city, Gwangan & Nampo. Here are the best Busan craft beer spots.

The best beer bars in Busan

Owl & Pussycat was the first craft beer bar I visited in Busan, but it wasn’t the first one I tried to go into. I had first attempted to go into a place called Gwangan Taphouse. There was a sign on the building, and I took the elevator up to the floor it was listed on. I opened the door only to find a room full of confused South Korean office workers. I have no idea why this had been listed as a bar, but it clearly was not one. 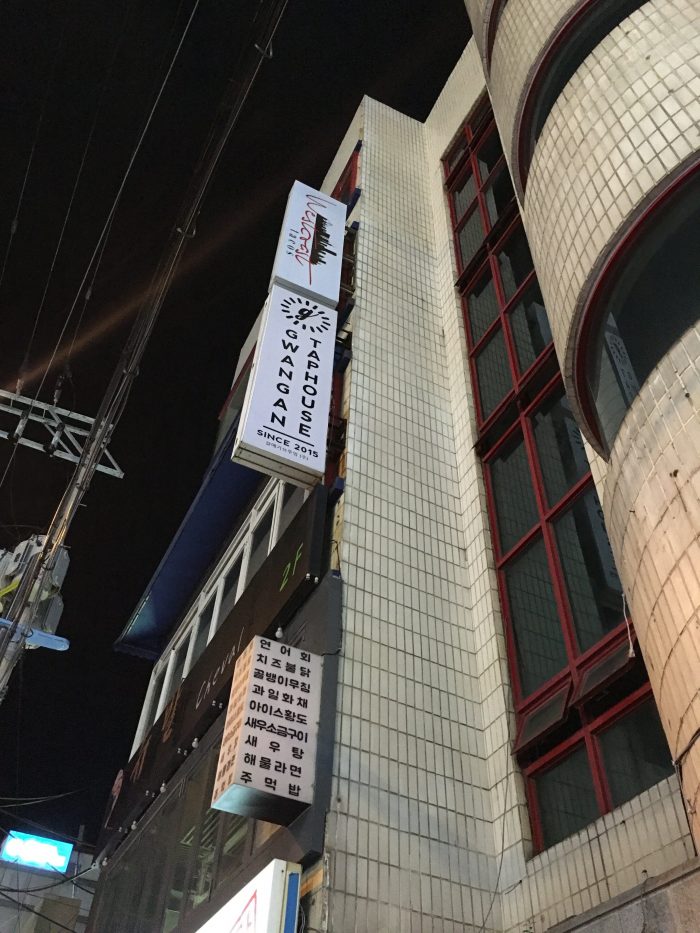 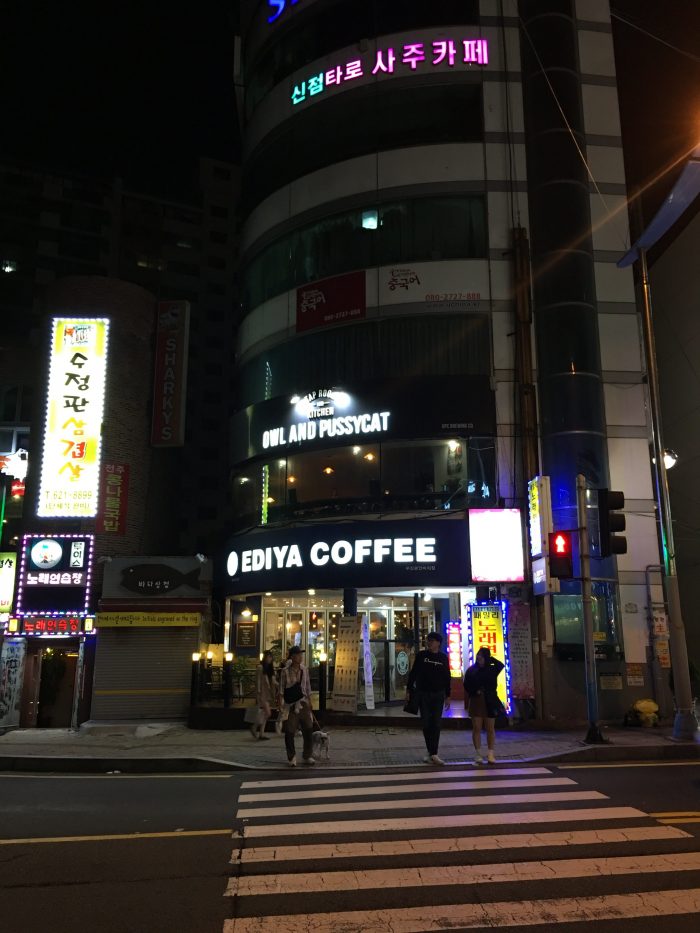 At least Owl & Pussycat was right next door. The bar has 20 taps, though only 14 were on when I visited. They had 2 of their own beers, an impressive 6 more local, then the rest were from the United States and Europe. There was a small, but high quality bottle selection as well, including Prairie Bomb!, Brewdog, Sierra Nevada, Lagunitas, & Stone. 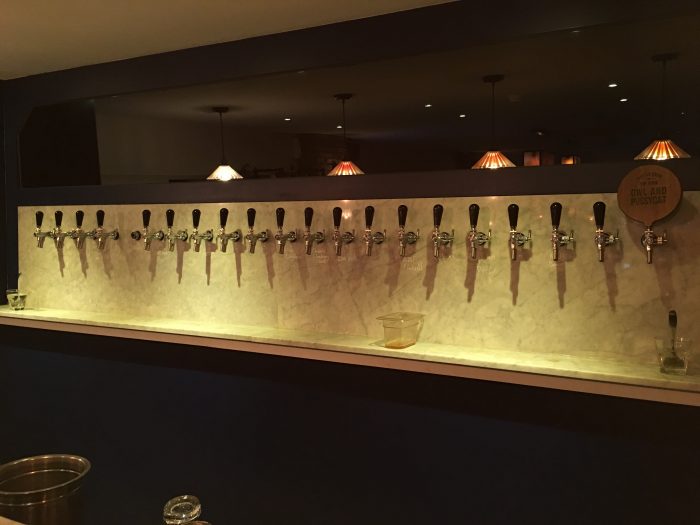 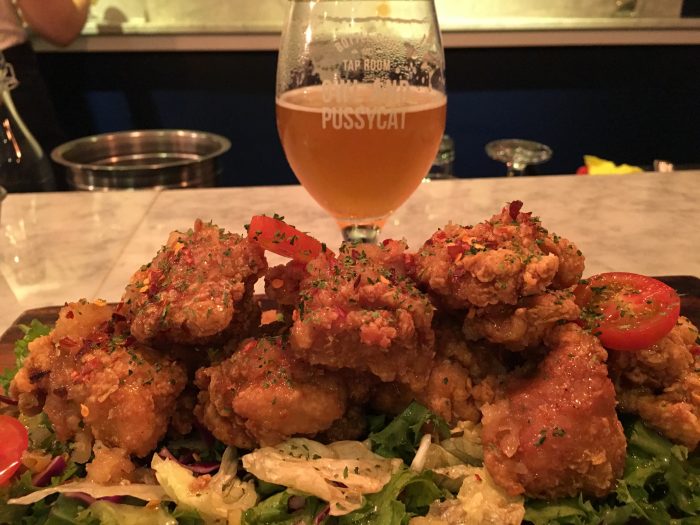 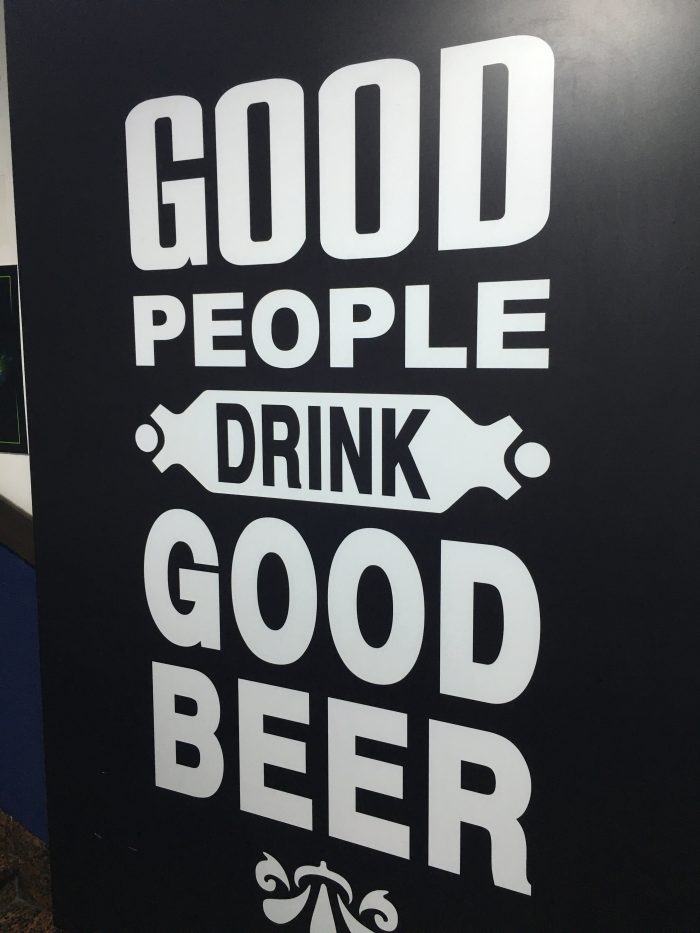 The bar looks out over Gwangalli Beach across the water toward Gwangandaegyo Bridge. The view is particularly nice at night. 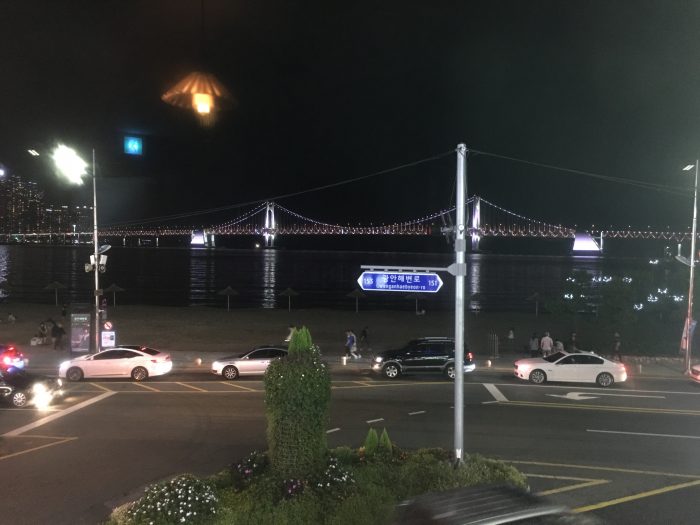 Right across the street along Gwangalli Beach from Owl & Pussycat is a new craft beer bar that I had just happened to notice called Slice of Life Taphouse. SOL isn’t a Dexter-themed bar, but rather a bar specializing in craft beer & pizza. It’s a few floors up, so don’t look for it on the ground floor, which contains another bar. 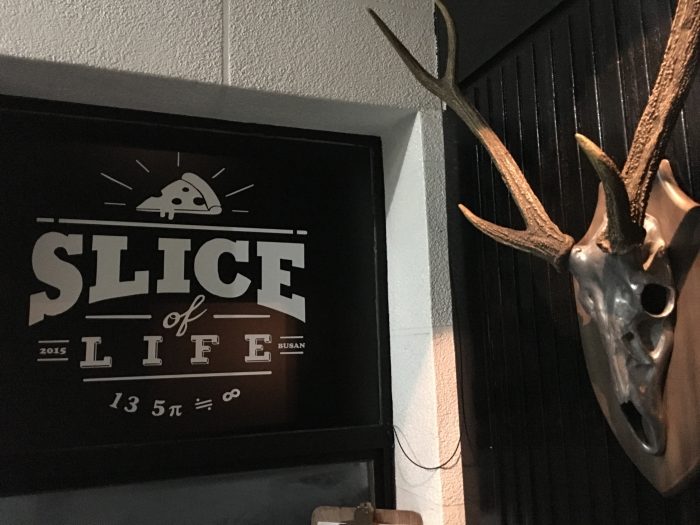 Slice of Life was one of my favorite places to drink craft beer in Busan. It had 12 taps of beer, half local, then half American or European. 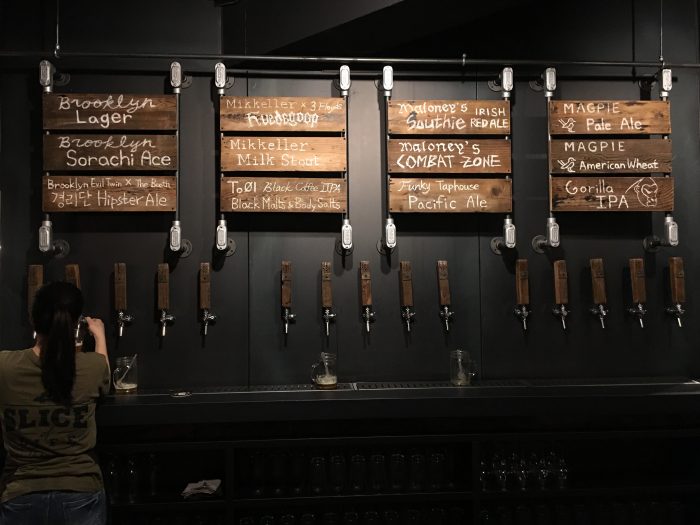 While I do like to try to have local food when I’m traveling & drinking their local beer, sometimes it’s nice to have a break. I had planned on just having a slice of pizza, but Slice of Life has half price wings on Wednesdays, and who can say “no” to cheap wings? The wings are good, and they do a surprisingly solid New York slice. They even have white pizza! 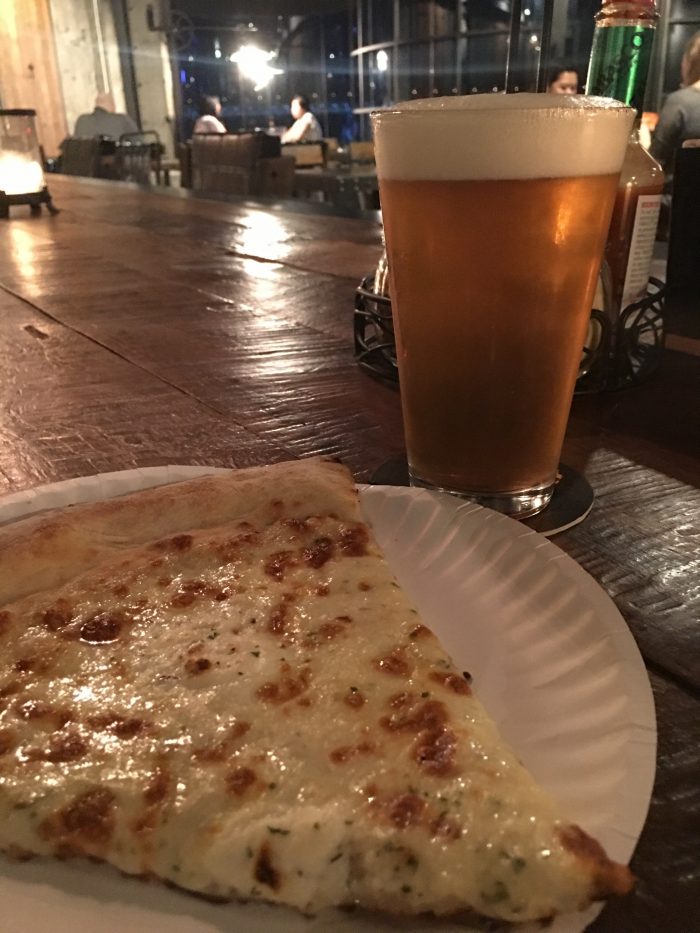 The other craft beer bar near Seomyeon station was called An:nyeong Pub. They had 9 taps and a nice selection of hundreds of bottles from all over the world. Unfortunately, none were local, but the selection was so good overall that this can be overlooked. 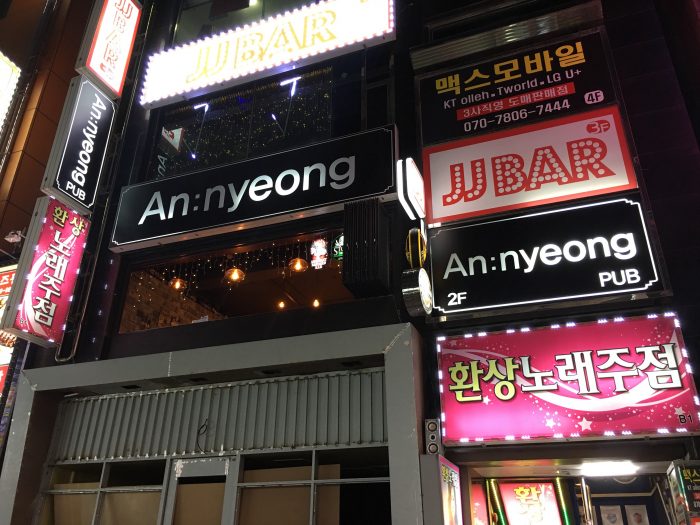 This is a busy bar area, filled with lots of nondescript places that value noise and lights over quality. As such, An:nyeong Pub is an oasis in the neighborhood. It has an intimate, chill atmosphere where the activities are foosball rather than clubbing, and the staff are more than happy to chat about beer & offer samples. 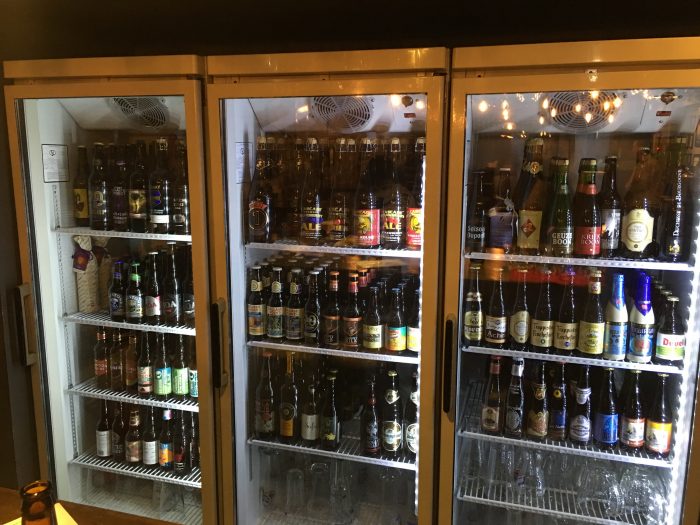 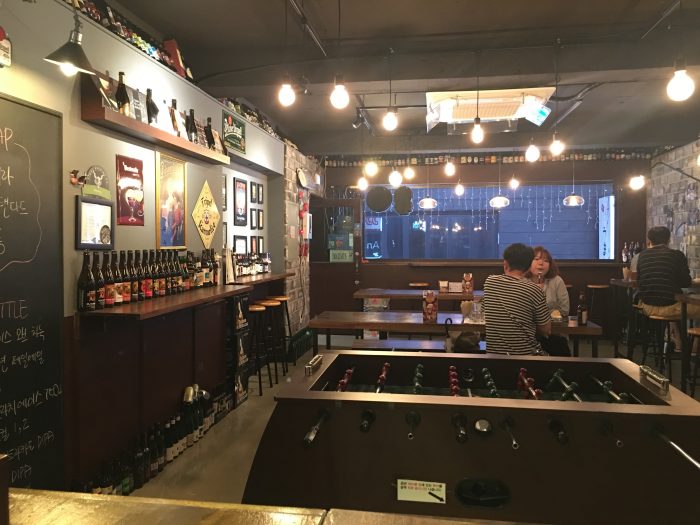 TIA Pub is also in Nampo, a couple of blocks away from Galmegi. It had 18 taps, plus a selection of hundreds of bottles. Unfortunately, it was one exception to what I mentioned above – there were no local beers. TIA is a little bit hard to find since there are so many bars in this area, just look for the giant Brewdog sign. 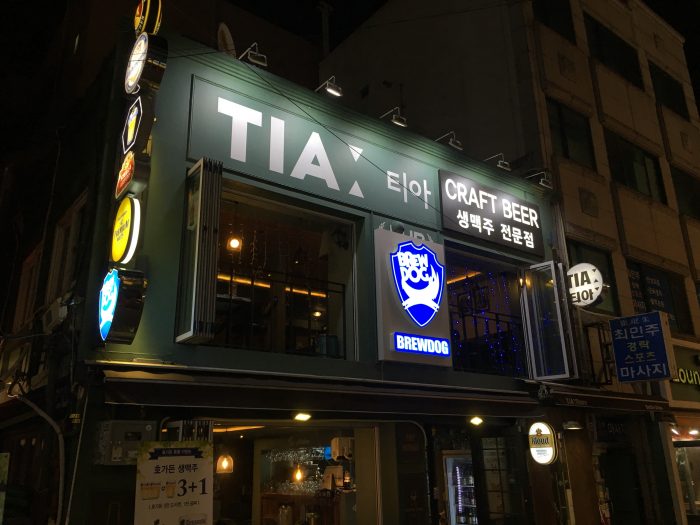 The bar sprawls out over a few storefronts, including the main bar, a bottle shop, and then a separate lounge. If you’re not obsessed with drinking local craft beer in Busan, this a nice looking spot. 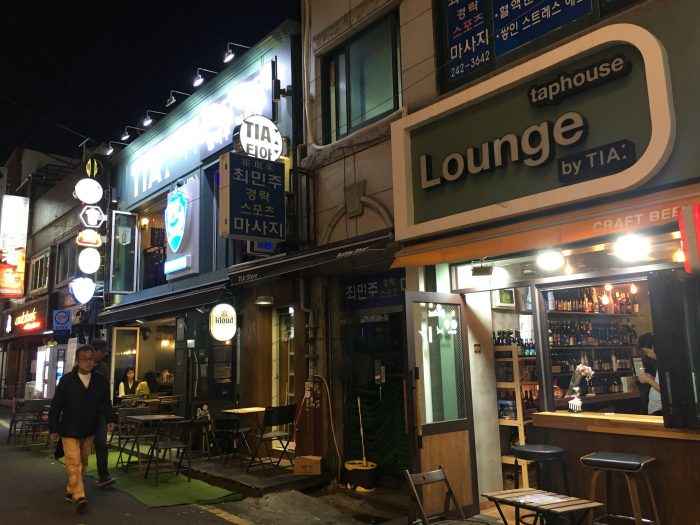 The best breweries in Busan

Wild Waves Taproom is also located in Gwangan, just around the corner from Owl & Pussycat & Slice of Life, making it a nice addition to a little bar crawl through the neighborhood. Gorilla Brewing Company is also located in this area of Busan, though I didn’t have a chance to get to it. 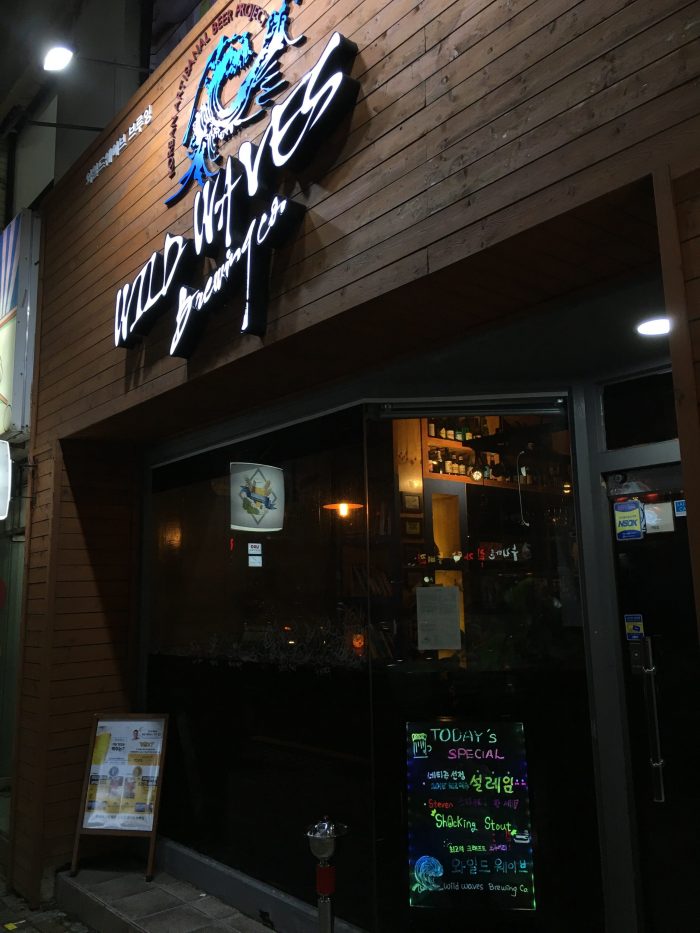 Wild Waves features 9 taps of their own beer, plus hundreds of bottles, including some nice, rare stuff. They have one of the nicest bottle selections of craft beer in Busan. 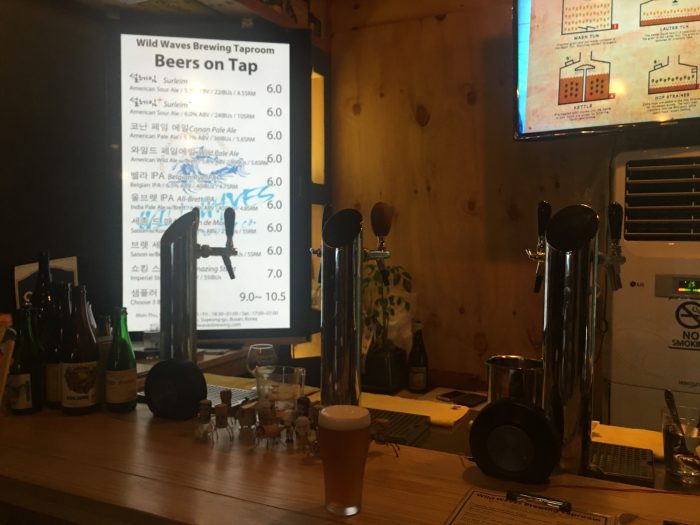 It’s a smaller, more intimate venue than some of the other nearby bars, with a vibe that’s more like a living room. That’s helped by the carpet on the floor. A TV screen rotated photos from breweries around the world, including a bunch I’ve been to in Seattle & Portland. Wild Waves is passionate about beer, and there’s a lot of potential here. 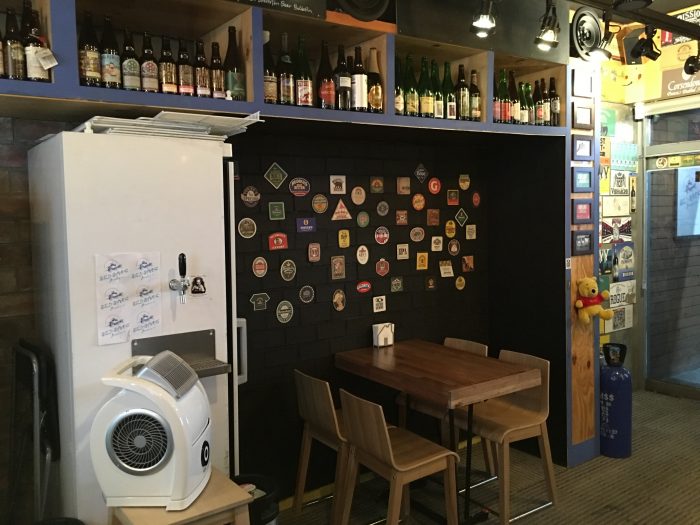 Galmegi Brewing Company has a few locations around Busan. There’s one near the beach in Haeundae, which I didn’t visit, since it was closed that day. Another is located in Nampo, another area with tons of bars in southern Busan. The bar is located on the 2nd floor of a building, with nice open windows that let fresh air in, especially when there is a breeze from an impending typhoon. On my final night in Busan, I visited their similar location near Seomyeon. 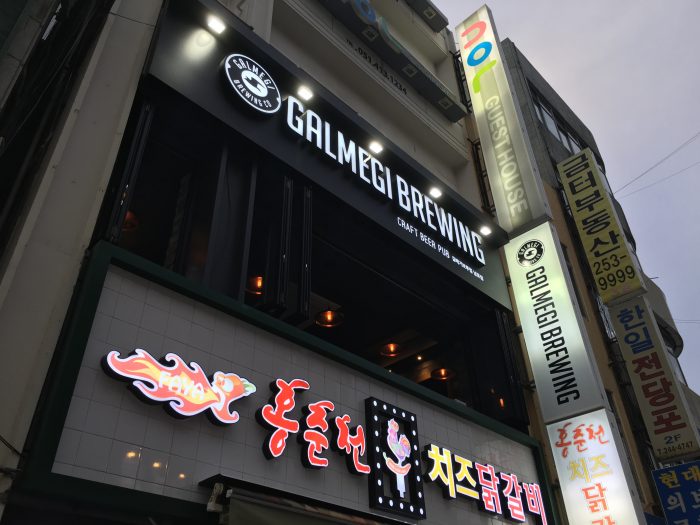 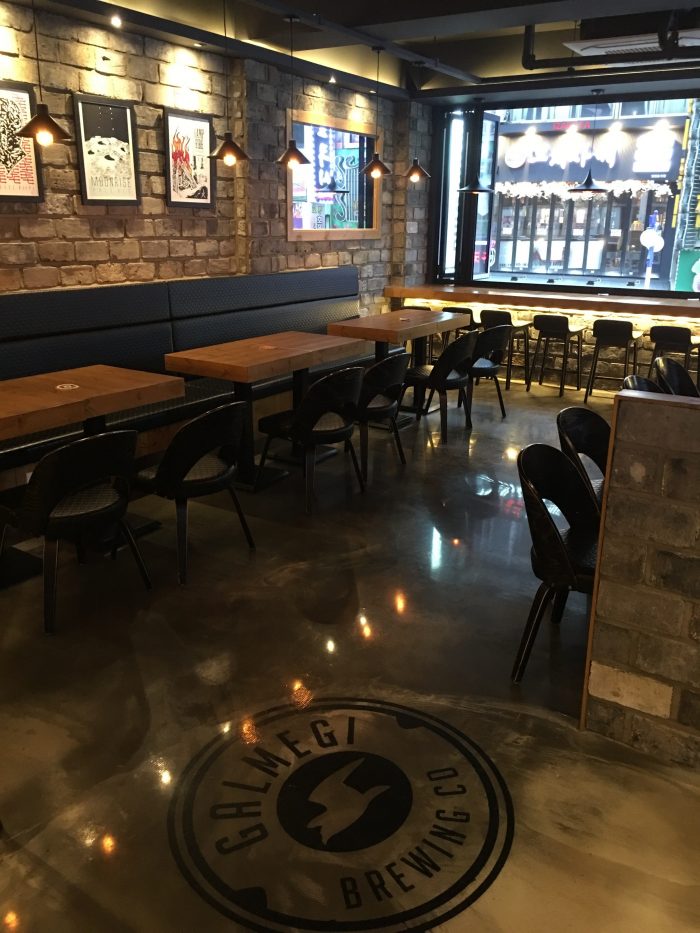 Galmegi was a bit of a stereotypical craft beer bar. It had American indie rock playing, plus a typical menu of bar snacks & pizza. The bar had 14 taps with 7 of their own, plus a small bottle selection. The remainder of taps included some other local beers as well. One thing I noticed about a lot of the places that served craft beer in Busan was that they were especially dedicated to local beer, moreso than in Seoul. While high-quality foreign beers will always be in demand, it’s good to see that the local beer is at the forefront. The imports might draw some people in, but hopefully they’ll stick around for South Korean beer & encourage those breweries.

Akitu Brewing Taproom is located in Nampo as well. However, it’s in a different area. Rather than being in the nightlife area, it’s in a shopping district. As a result, it’s a bit quieter at night. It’s also on the 3rd floor of a building, so you’ll need to look up to spot it. 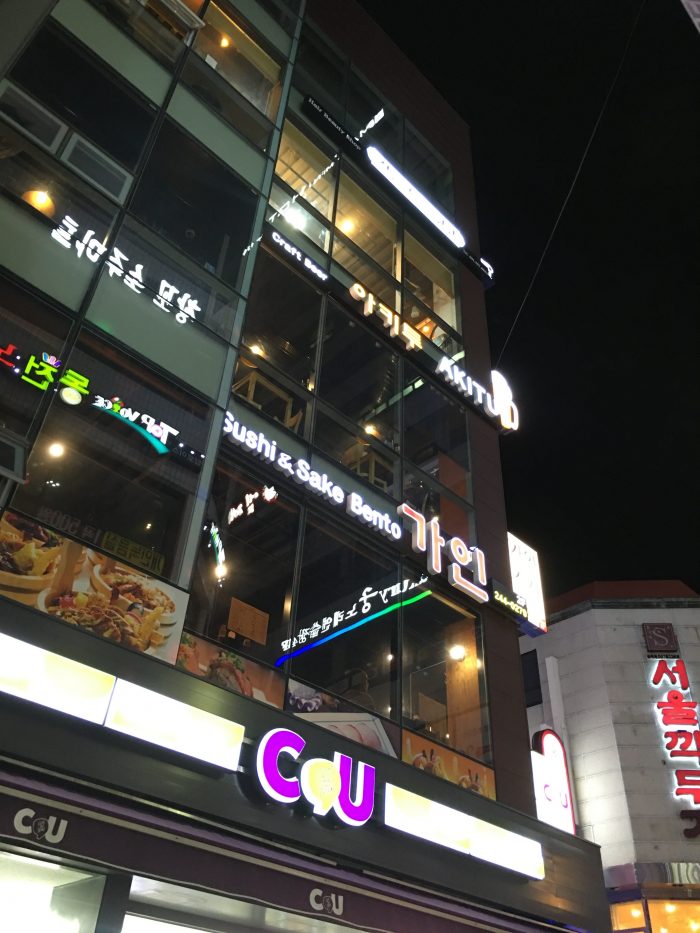 Akitu has 8 taps of their own beers, including a few seasonal selection, as well as 4 guest taps. There are some bottles as well. 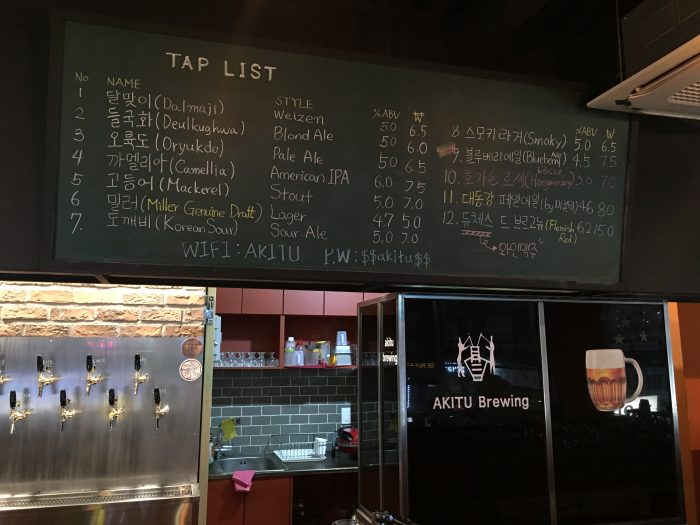 There were a couple of other places where I had craft beer in Busan that were just north of my hotel. Both were located southwest of Seomyeon station. The first was Levee Brewing Company. Levee has a nice spot with a large patio in a busy nightlife district. 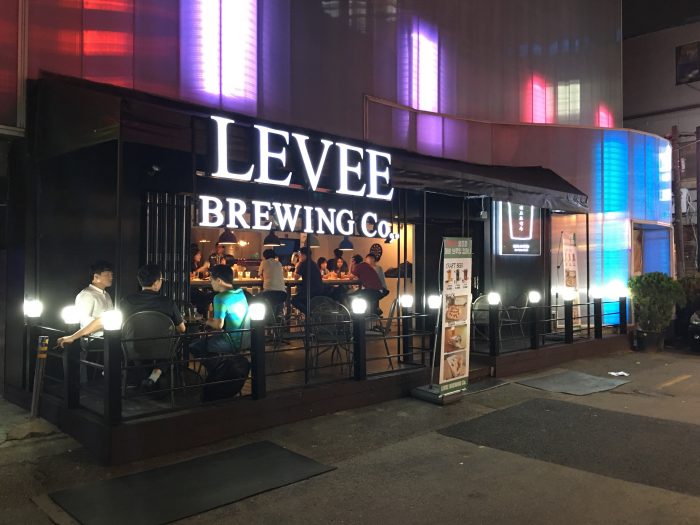 They have 5 taps of their own beer. Unfortunately, I was unimpressed by them, as the beers were below-average attempts at generic styles. Levee has a cool spot to work with, but they need to raise their beer game to match.

As you might expect, the craft beer scene in Busan is much smaller than the one in Seoul, but what it lacks in size, it makes up for with some quality bars. While not every bar was amazing, there are some real gems in the city, including some breweries with real potential.