Many visitors to Bordeaux come to go wine tasting across the Bordeaux region, but the city itself is not to be overlooked. Central Bordeaux & the Port of the Moon have been designated as a UNESCO World Heritage Site due to its historic significance as a place of cultural exchange, notable architecture, & historic preservation. The whole city centre of Bordeaux is worth devoting time to wandering through, but here is a walking tour through some of my favorite spots around Bordeaux & the Port of the Moon.

When I first arrived from in Bordeaux from Paris, I took the tram from the train station to Quinconces. The tram follows the banks of the Garrone & is a nice introduction to the city.

From Quinconces, I walked past the beautiful Grand Theater, then weaved through shopping streets toward my hotel, the Aparthotel Adagio Bordeaux Gambetta 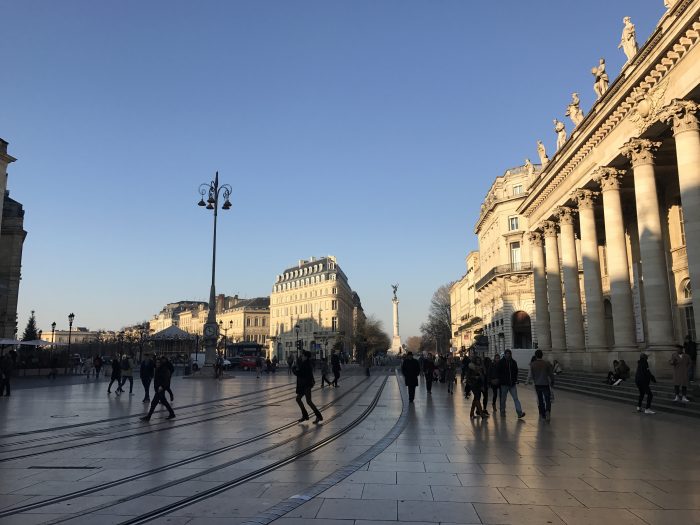 Just before the hotel, I went underneath one of Bordeaux’s city gates, the Porte Dijeaux. 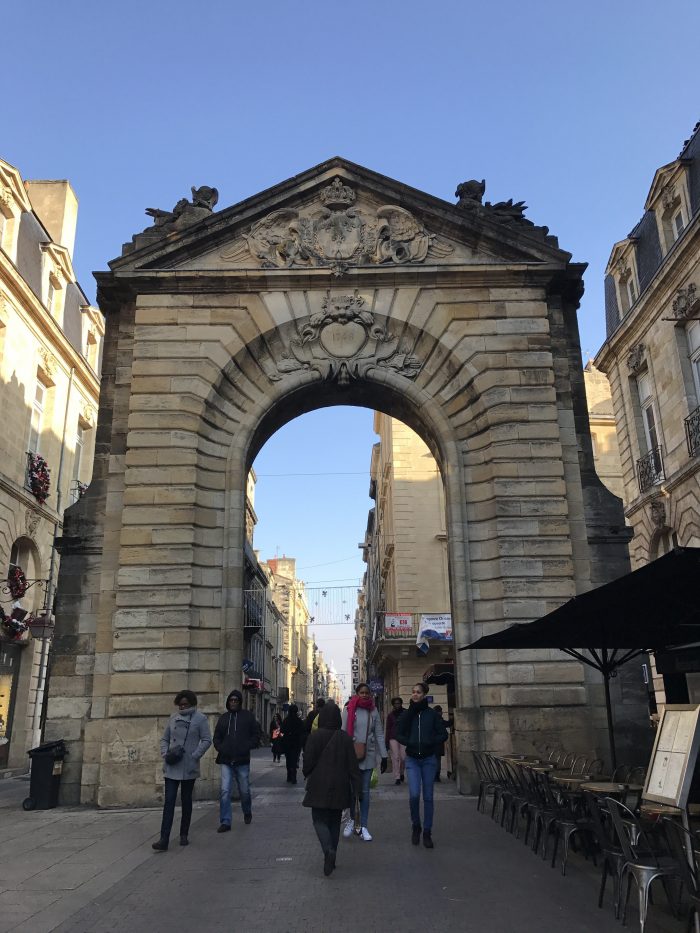 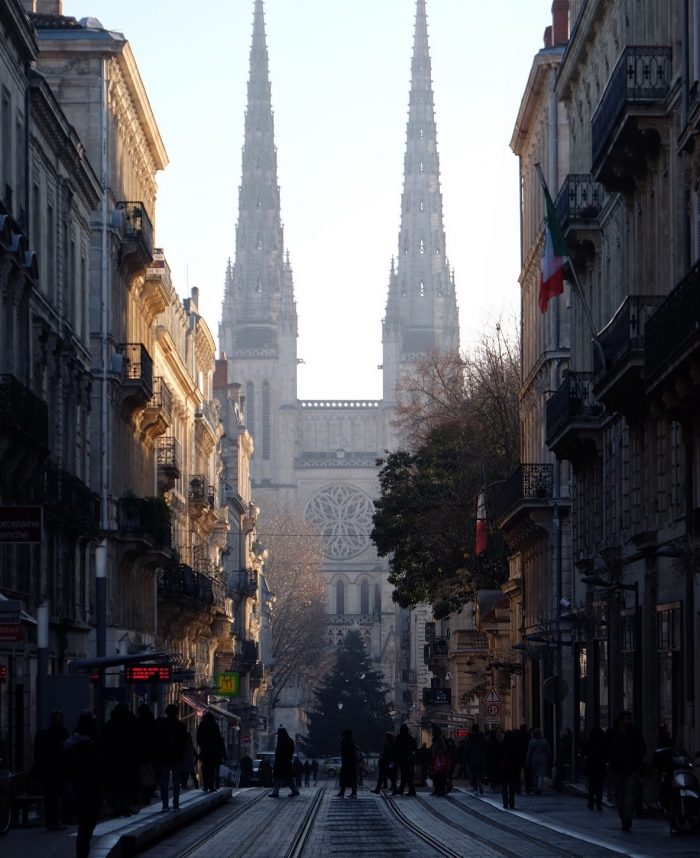 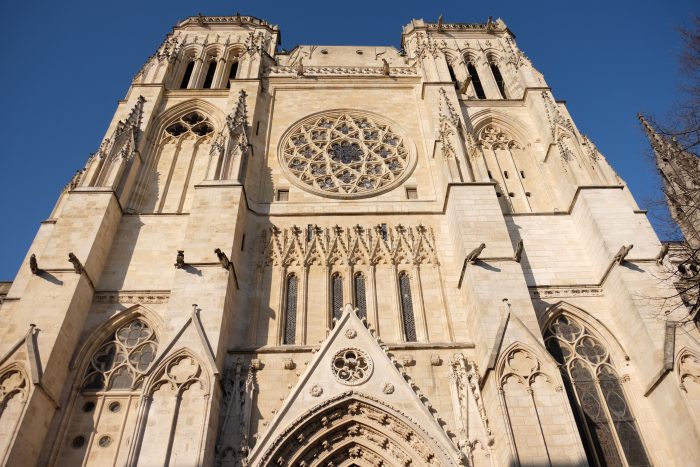 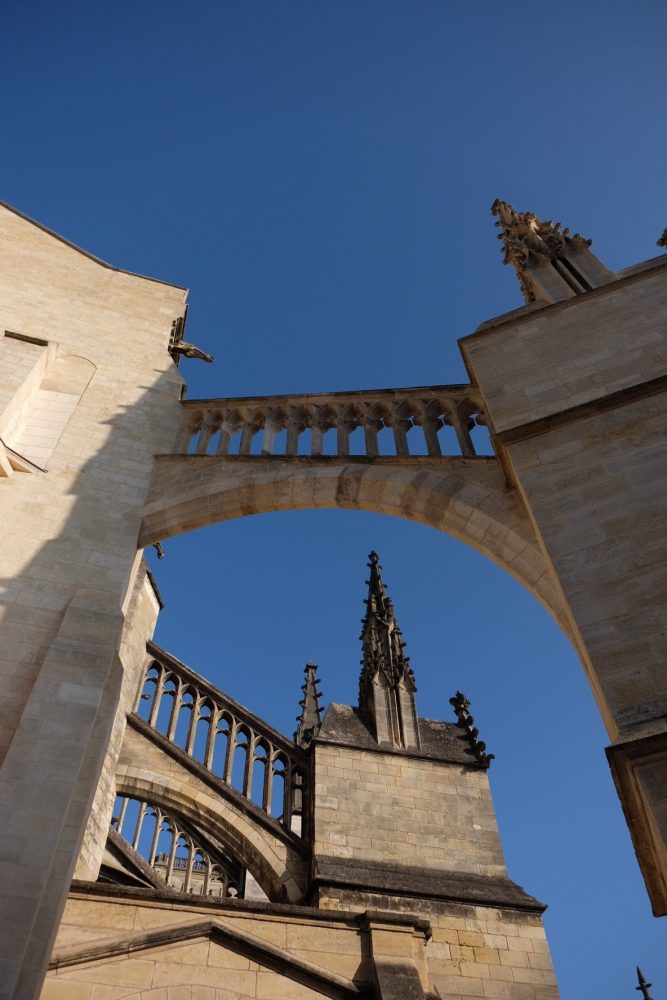 Bordeaux Cathedral has stood in some form on this spot since the 11th Century. Recent refurbishment has put the building back in pristine condition. Entry is free. Inside, it’s one of the brightest cathedrals you’ll see. 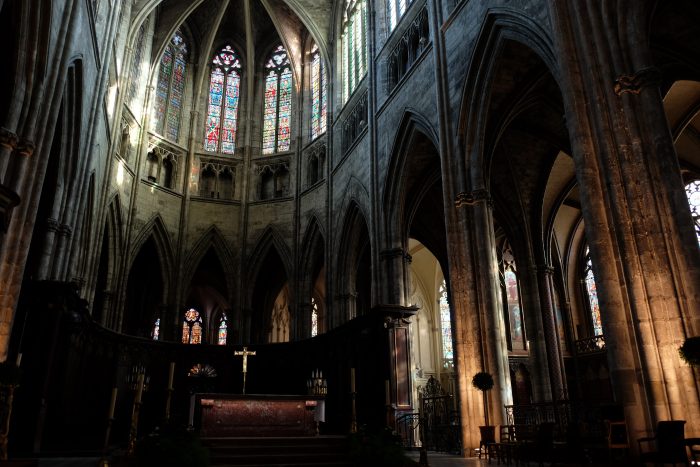 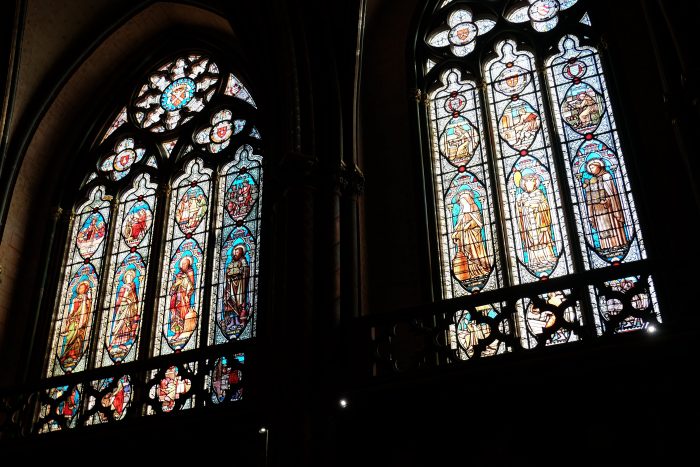 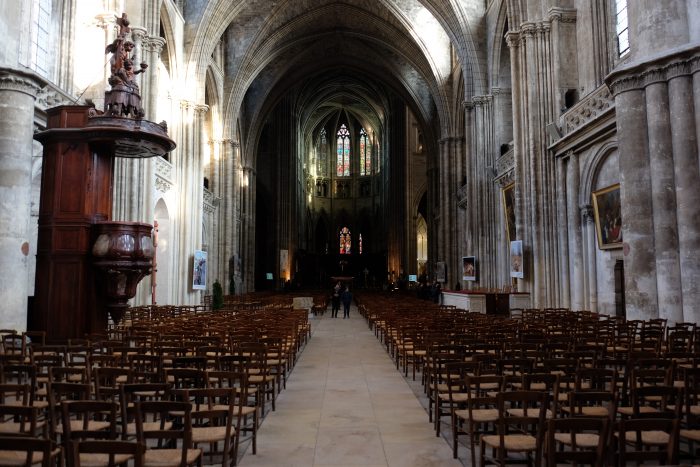 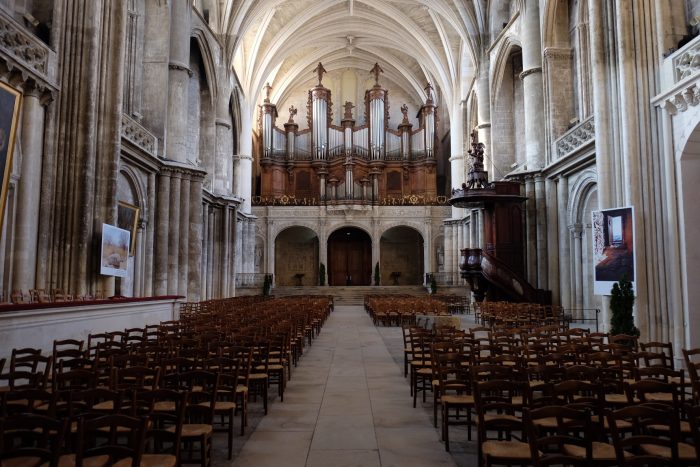 The cathedral is surrounded by a lovely plaza, which also hosts a tower that you can climb to the top of for a nice view across Bordeaux. Only 19 people can go up the Pey-Berland Tower at once, so book ahead or be prepared to queue. Since there was a line, I decided to save the tower for later. The weather & my free time didn’t align, so I ended up not making it to the top. 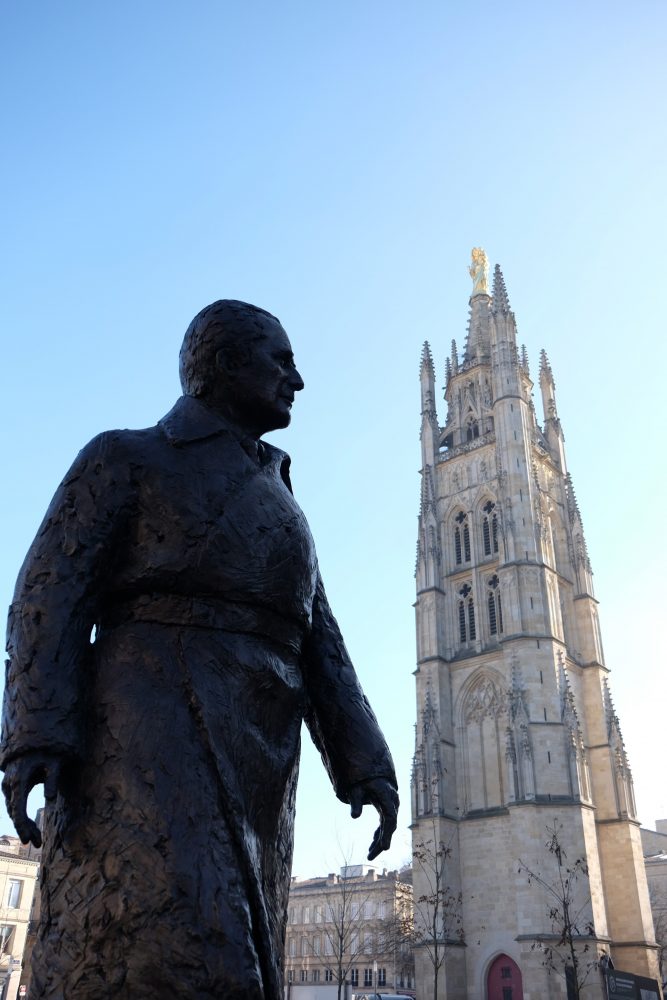 From the cathedral, I headed east, following the tram tracks along Cours d’Alsace-et-Lorraine. This street passes some of the best spots for craft beer in Bordeaux. As I neared the river, I headed just to the north to another of Bordeaux’s city gates, Porte Cailhau. 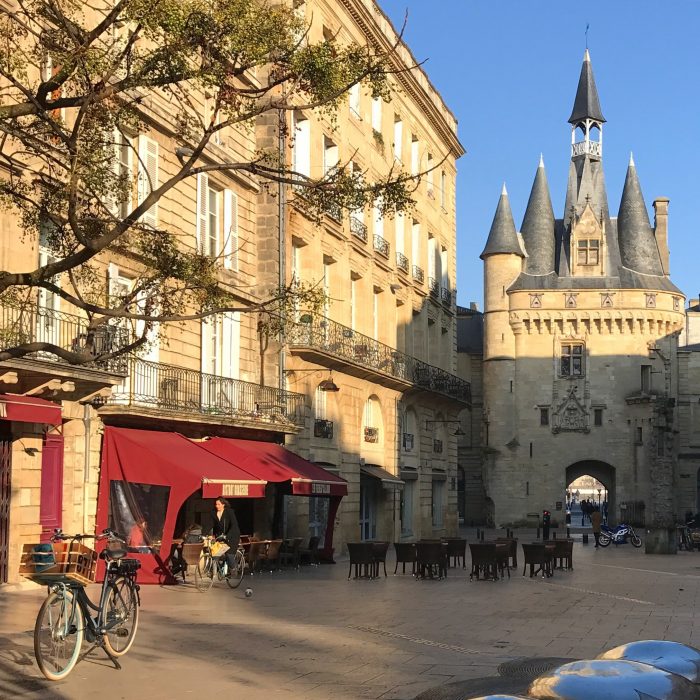 Porte Cailhau was built in 1495, and was once the main gate to Bordeaux. Nowadays, the tower is a history museum. Much of the content of the museum is in French, but there’s a bit of a view over the river from the tower, so it’s up to you if the €3.50 entry fee is worth it. 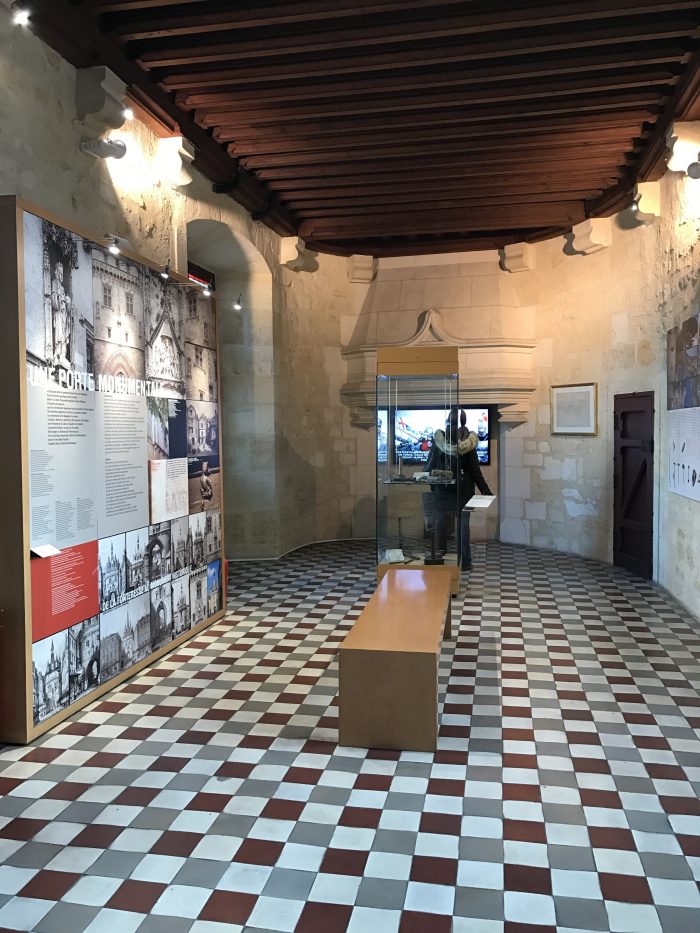 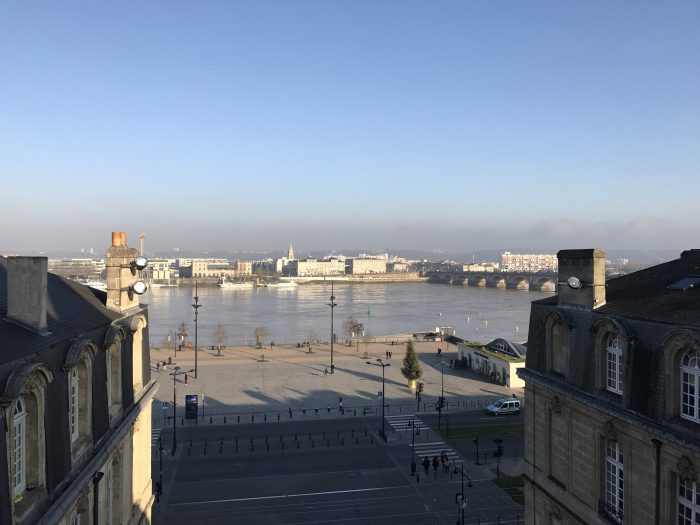 After visiting Porte Cailhau, I crossed the street & tram tracks to the east & walked along the waterfront. The esplanade along the Garrone is a nice walk. I imagine that it’s even more pleasant during the warm summer months, but even during the winter there were plenty of people out enjoying walks & bike rides. 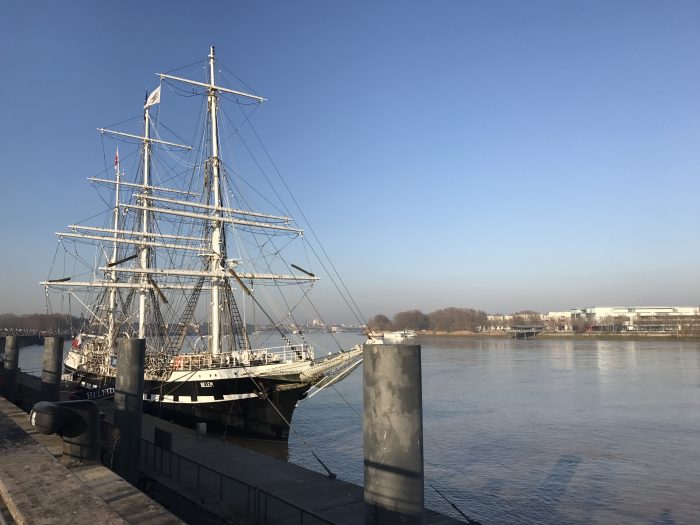 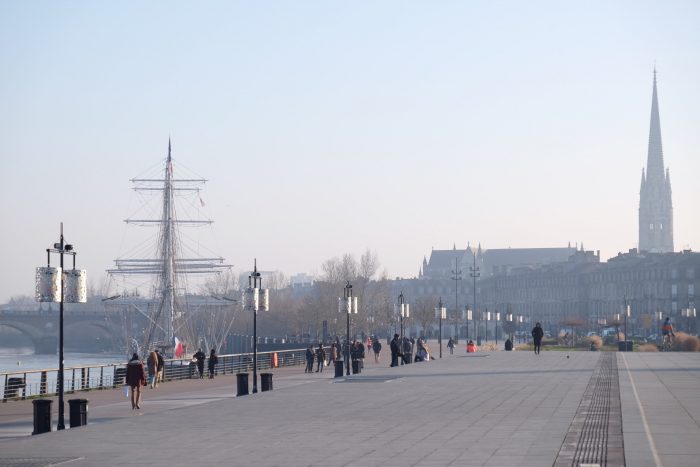 My next destination was Bordeaux’s famed Water Mirror. Le Miroir d’eau is one of the largest reflecting pools in the world. If you’ve seen photos of Bordeaux & the Port of the Moon, you have almost certainly seen photos of the Water Mirror. It’s of the iconic images of the city, and I was excited to see it.

There was only one problem. The Water Mirror is drained during the winter so the pipes don’t freeze. This makes perfect sense, of course, but it was not something that I had considered. I’ll just have to go back to Bordeaux during another season if I want to see the Water Mirror someday. Even without the water, it’s still a pleasant area to visit. 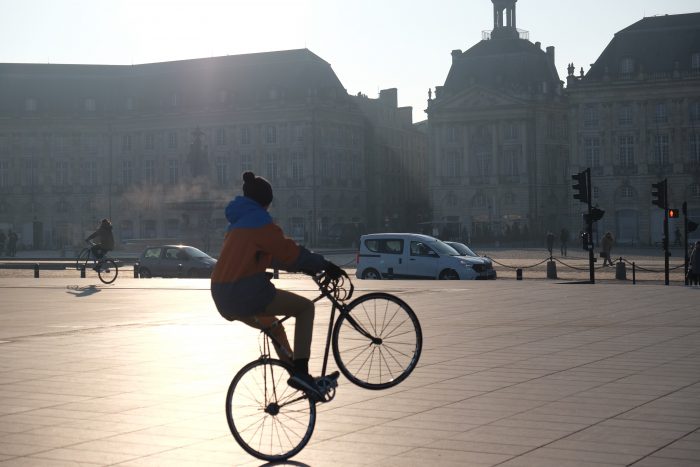 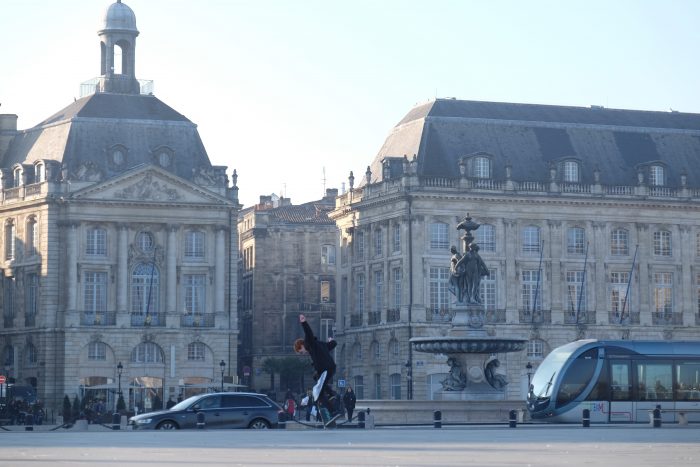 While this walk is just one path through the city, there are plenty of interesting side streets to check out, so don’t feel obliged to follow what I’ve laid out here. 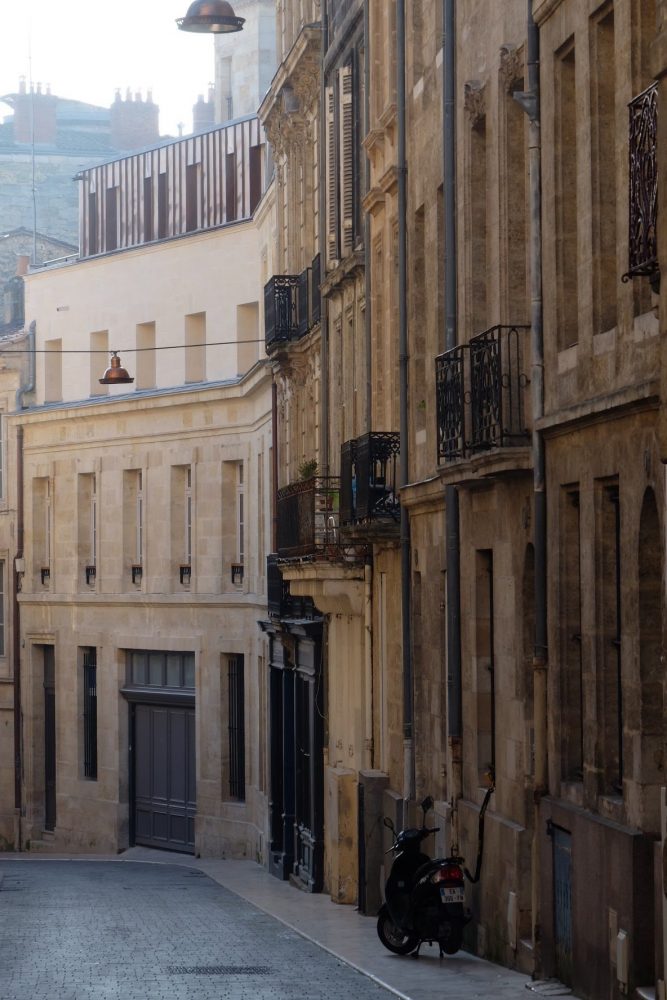 On my second day, I walked around more of Bordeaux & The Port of the Moon. This time I headed toward the north, starting near where I had first disembarked from the tram. My first stop was the Monument aux Girondins. This monument & fountain was built in memory of Girondins killed during the French Revolution. 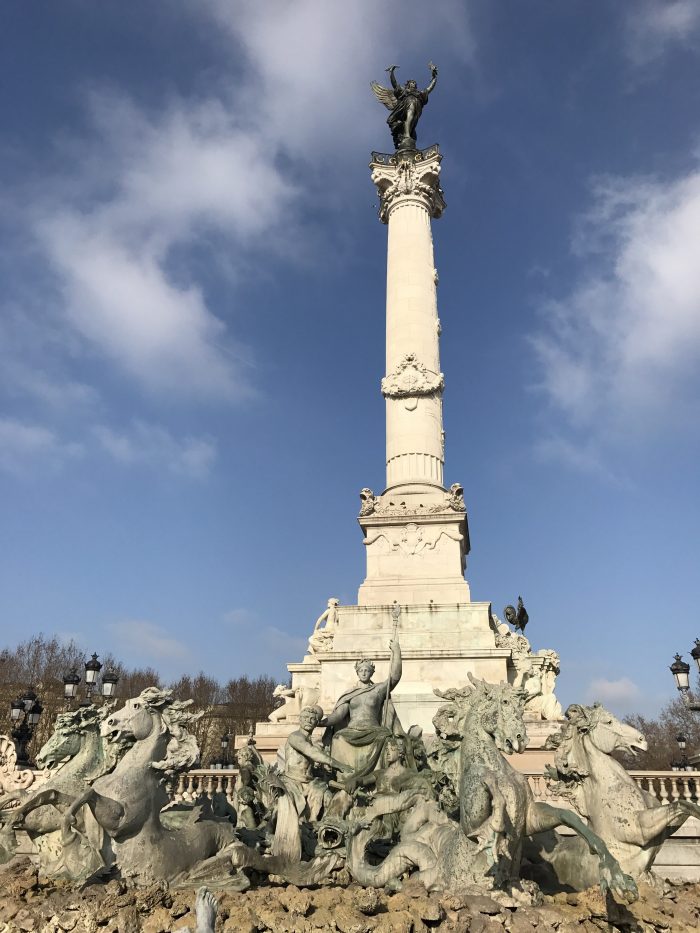 It’s a nice memorial, with grandiose sculptures reaching above the water. Or at least, theoretically above the water. As with the Water Mirror, the Monument aux Girondins is drained during the winter months. The lesson here: don’t go to cold places if you want to see fountains & water features. 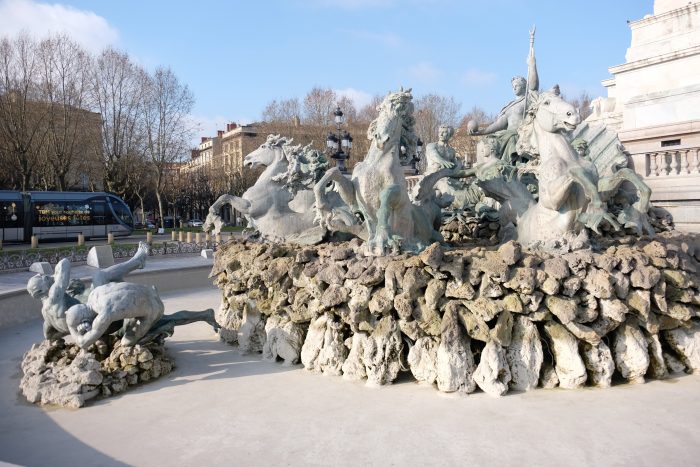 The Monument aux Girondins is located near cheese restaurant Baud et Millet. Further north is the Bordeaux Public Garden. It’s not a huge park, but it’s a pleasant place to escape in the city centre. There are a couple of museums, as well as several statues, art installations, and waterfalls. 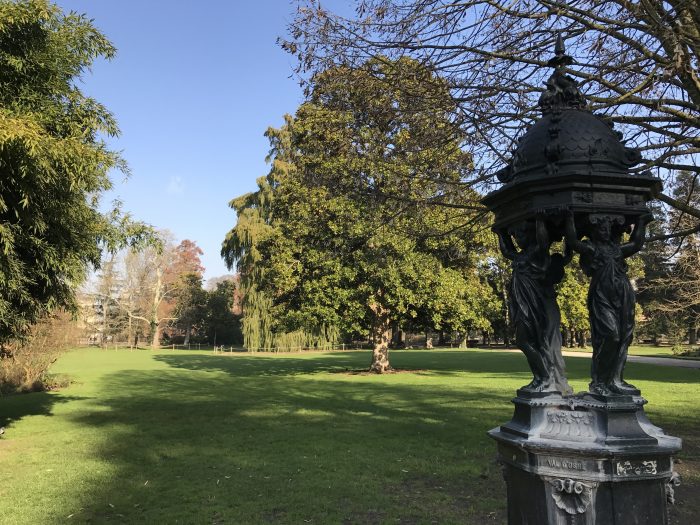 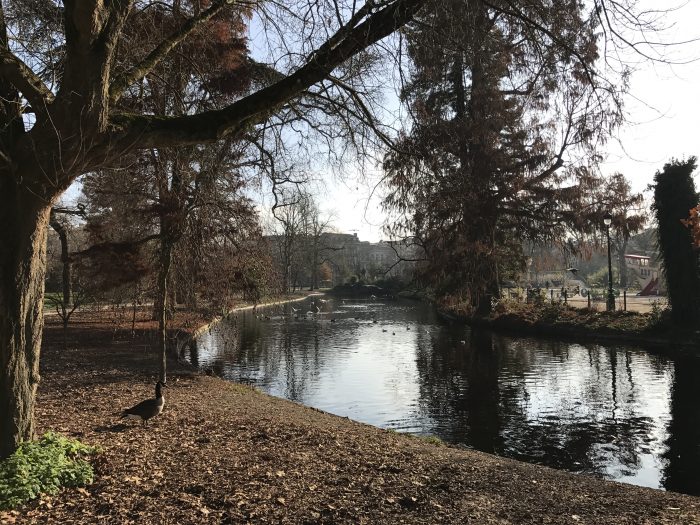 My final stop on my walking tour of Bordeaux & The Port of the Moon was a tiny park called Place Picard. If not for one statue in this park, it would be a completely unremarkable plaza.

French sculptor Frédéric-Auguste Barthodi is most famous for creating the Statue of Liberty. In Place Picard, there is a small replica of the statue. 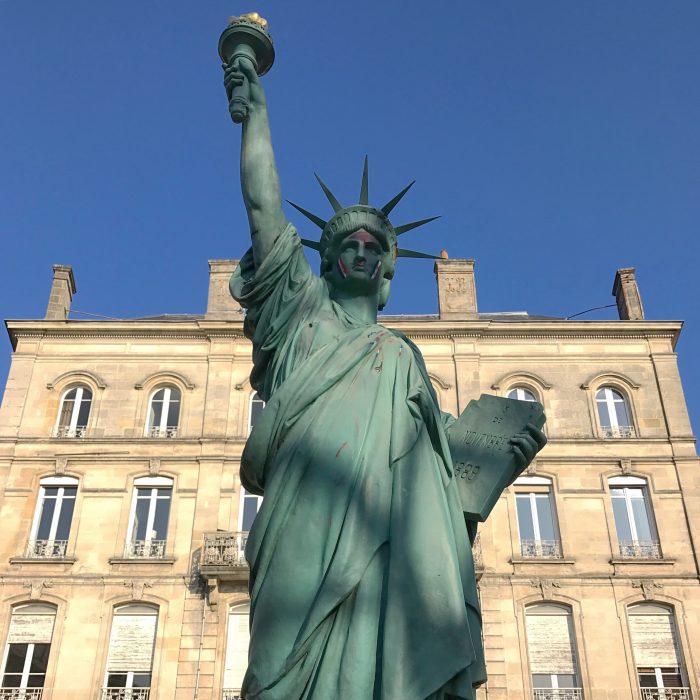 This is not the original replica. During World War II, the original was stolen & melted down by the Nazis. Another statue was created in 2000. Over the years since, this Statue of Liberty has been the site both of protest & memorials. Whatever the feeling at the moment, it stands as a sign of the deep connection between the United States & France.

Bordeaux & The Port of the Moon has been an important crossroads for hundreds of years. Ideas & goods from all over the world have been exchanged here. Visitors coming to Bordeaux for the local wine & food would be remiss to not spend some time exploring the city itself, as its open spaces & architecture are beautiful.