On my walk between one of Morioka’s great noodle restaurants & Baeren Brewery, I passed several beautiful temples & shrines in a suburban area of the city. One of them, Mitsuishi Shrine, has a fantastic history that needs to be shared. Here’s the story of Mitsuishi Shrine.

The story of Mitsuishi Shrine in Morioka, Japan

Morioka is located in the Iwate Prefecture of Japan. It’s the capital of the prefecture, so it’s a nice central place to base yourself in if you’re looking to do some hiking or day trips to Lake Tazawa, Hachimantai, or Tono. It’s also famous for its 3 great noodles. In the northern part of Morioka, there’s a series of temples & shrines, with Hoonji Temple being the largest. Mitsuishi Shrine is small, & a bit off the main road from all of the temples. However, the abundance of signs for the shrine got my attention. Why were they making such a big deal about Mitsuishi Shrine specifically, when there are so many large temples nearby? And what did they mean by “Demon’s Hand Prints?” 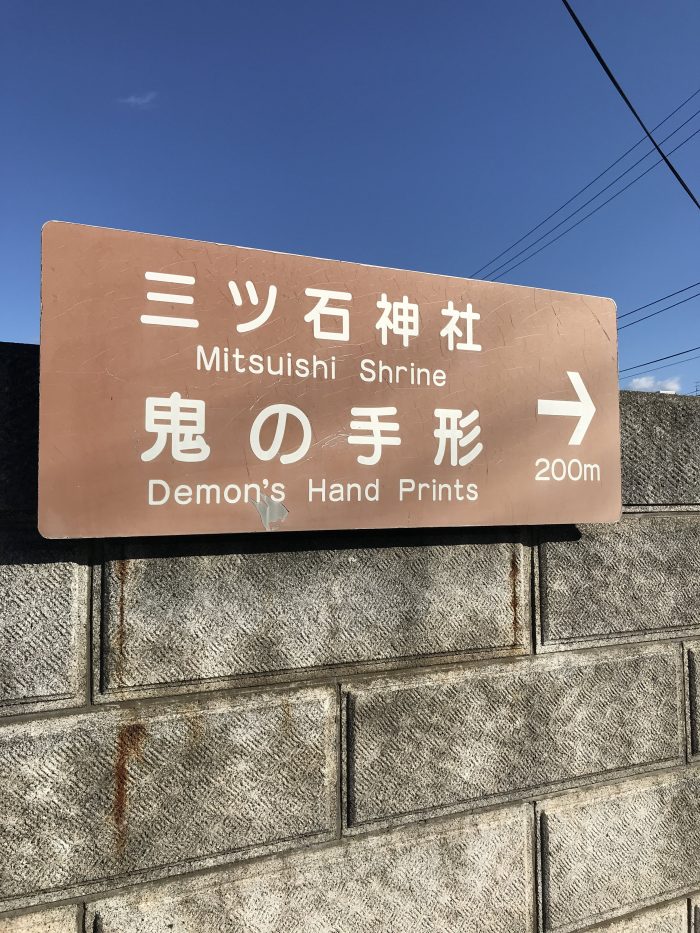 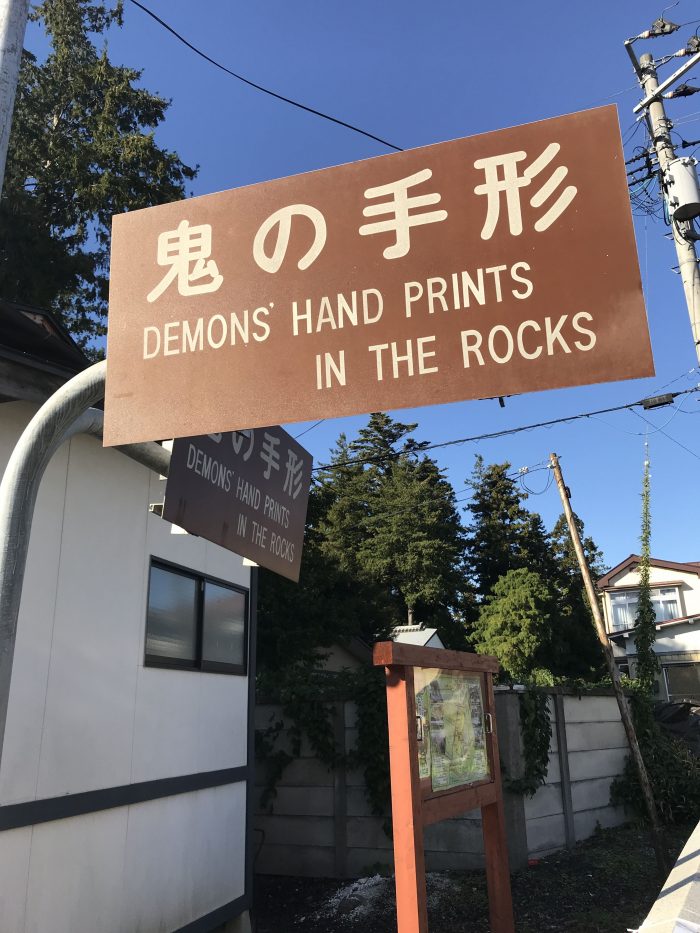 As it turns out, Mitsuishi Shrine has an important place in Japanese history, as it’s the source of the name of the entire prefecture. The name “Iwate” means “rock hand.” Legend has it that a demon called Rasetsu was terrorizing the town of Morioka. 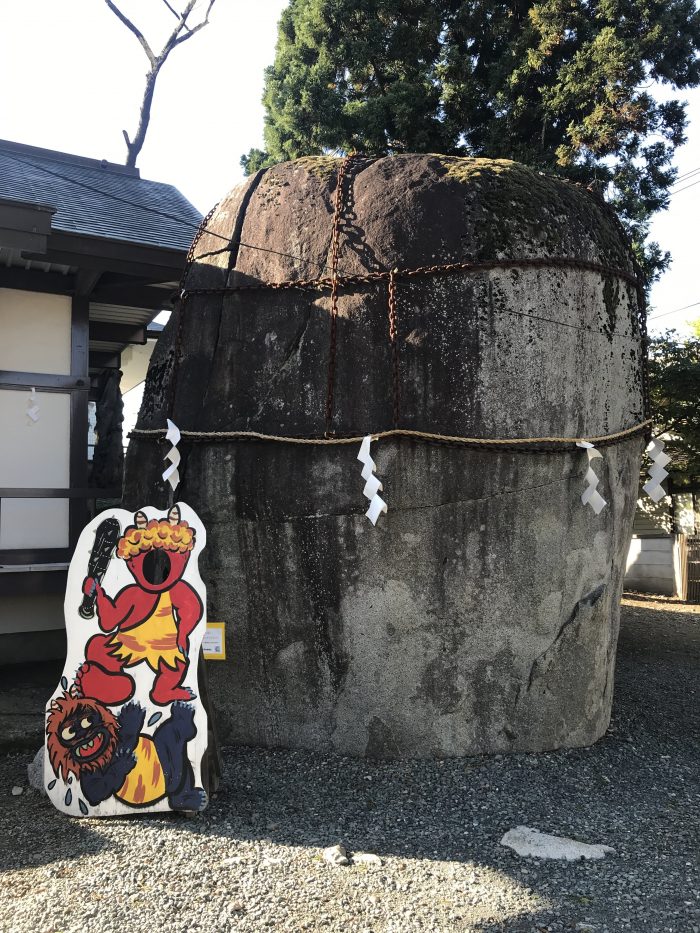 The demon made trouble for travelers & locals alike. The villagers prayed to the local god of Mitsuishi, who defeated the demon. Afterward, Rasetsu was bound to these three rocks & was forced to promise to never return. Eventually, the demon swore that he would never torment the people or come to the area again. The promise was sealed by Rasetsu putting his handprint onto the rock, thus the prefecture was named. 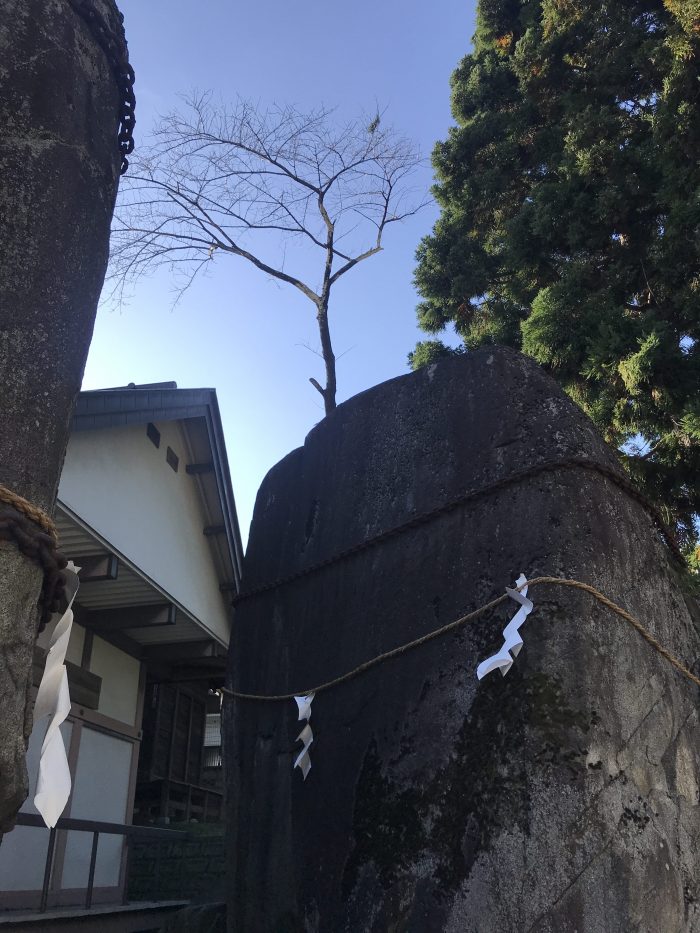 Nowadays, a building enshrines this rock, with two other rocks standing prominently outside. “Mitsuishi” means “three rocks.” You can see the ropes & chains that symbolize how the demon was bound. 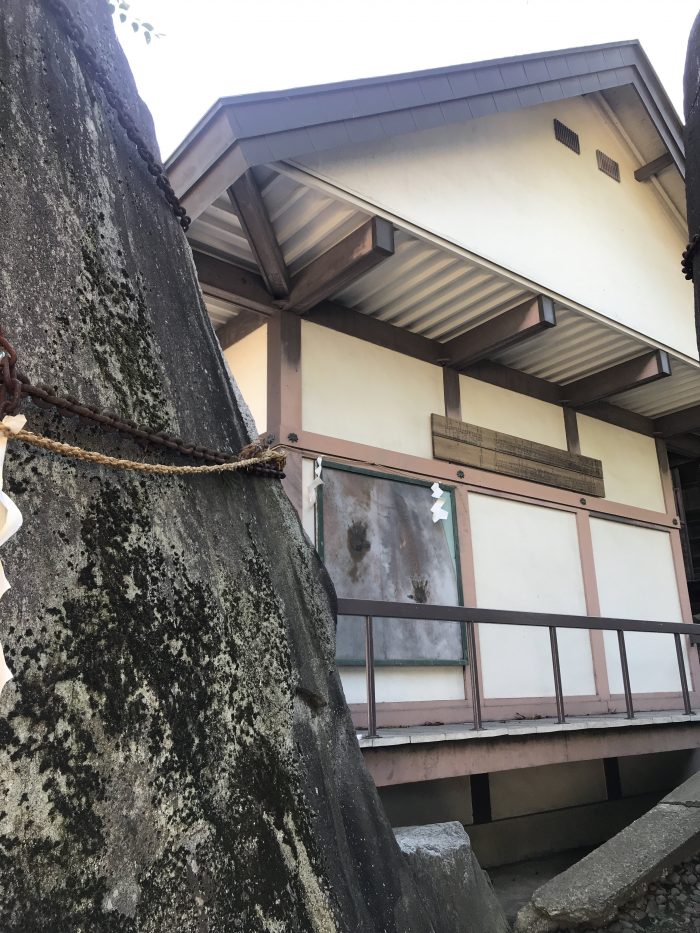 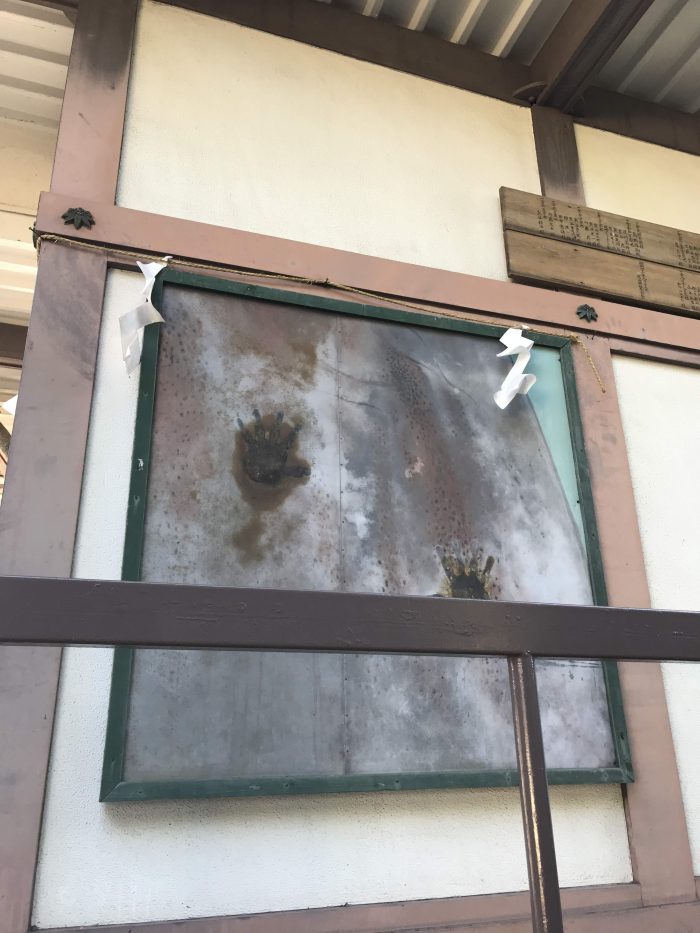 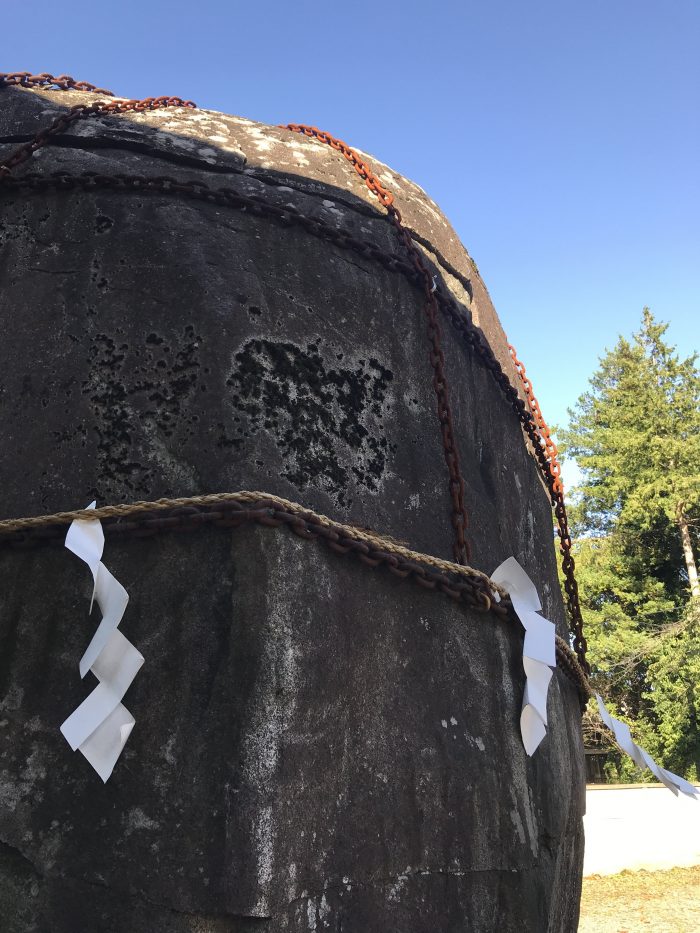 In celebration, the villagers danced with gratitude toward the local god. This dance became known as the “Sansa dance.” In early August each year, the Sansa Odori Festival is held in Morioka, featuring dancers & taiko drummers. This video does a good job of showing what the festival as like (while also similarly telling the origin story above).

In this capital city of the Iwate Prefecture, you can visit the very spot that gave the prefecture its name. It’s a fun story, & a unique place to include on your list while checking out the temples in Morioka. If you are lucky enough to visit during the Sansa Odori Festival, now you know its history! 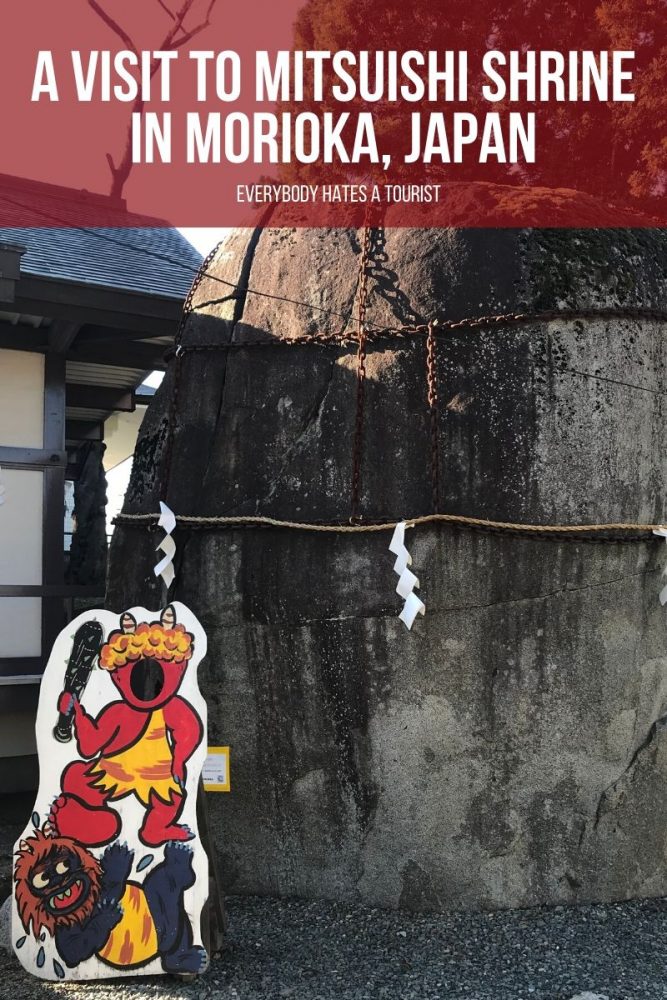