Morioka, Japan is the capital city of Iwate Prefecture, part of the Tohoku region. Not many visitors make it to this area of Japan, which is a shame because there’s beautiful scenery in every direction. Morioka is a great base for making day trips to Lake Tazawa, Hachimantai, Tono, and plenty of other landscapes. It’s also home to the three great noodles of Morioka. Eating all those noodles will make you thirsty, so then there’s beer. Here’s my guide to the best craft beer in Morioka.

The best breweries in Morioka

No discussion of Morioka’s beer scene would be complete without mentioning Baeren Brewery. Baeren is the dominant player locally, with a large brewery and a couple of brewpubs in town. Their beer can also be found at several other bars. Chances are good that if you’re drinking craft beer in Morioka, you’re drinking Baeren. They focus mostly on German styles. 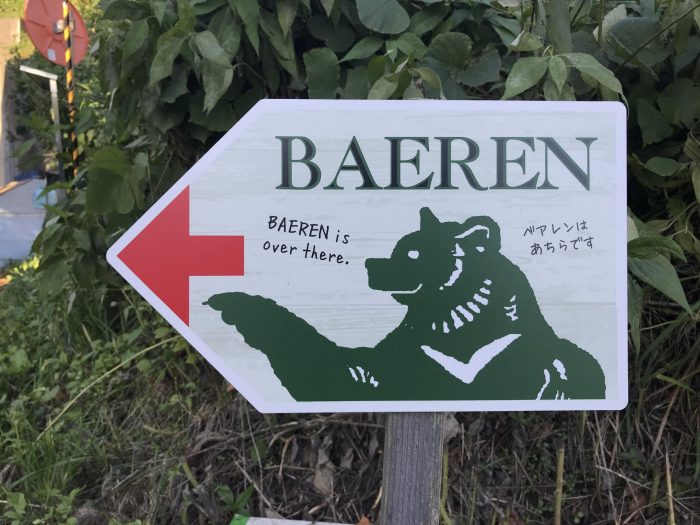 After a long post-noodle walk, I made it to Baeren Brewery, which is on the northern edge of Morioka. I hadn’t researched it beforehand, besides seeing that it was a place that existed. The brewery is spread across a few buildings on the property. 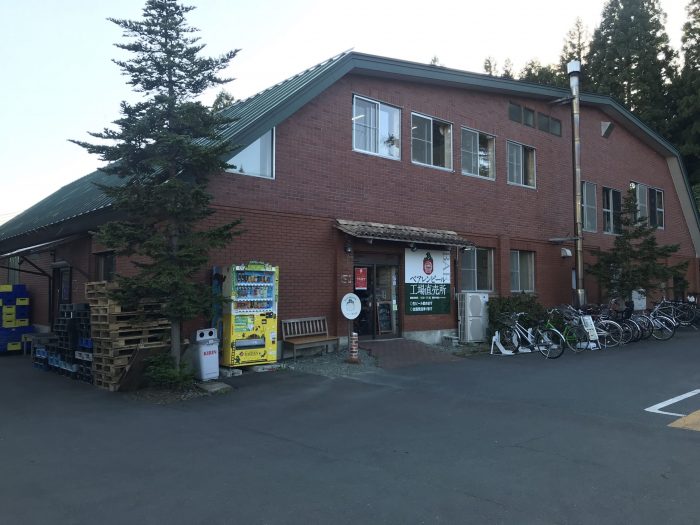 When I went inside the main building, I quickly realized that it’s not exactly set up with a tasting room like many breweries are. There’s a gift shop where you can purchase bottles & other items, along with one tap. 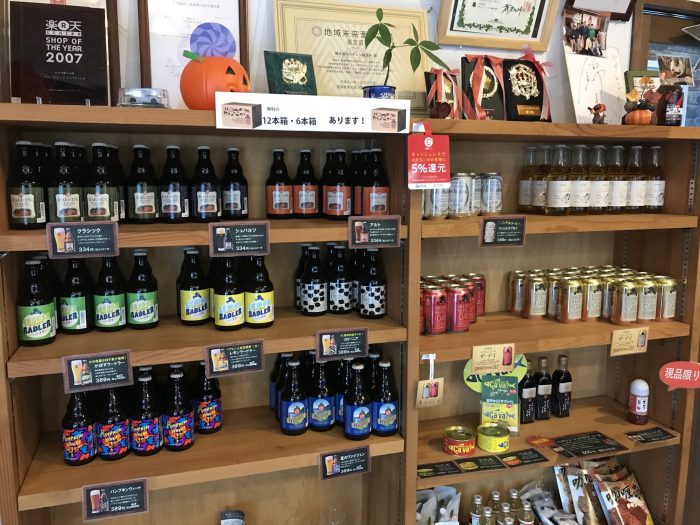 One of the employees got the overseas sales representative from back in the office, and he gave me a quick unscheduled tour of the brewery while I drank a beer. It literally started in the office, where I walked past people who were sitting at their desks. After that, I saw their bottling room, along with the rest of their brewing equipment, including the old copper kettle that is still used to make their classic beer. 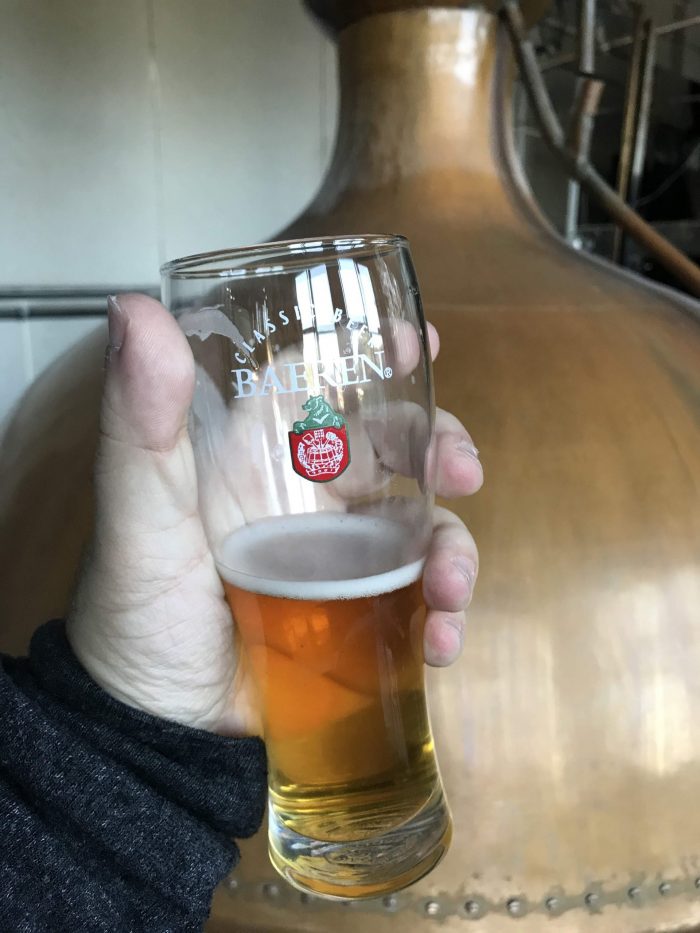 If you’re looking for the widest Baeren beer selection, you’re better off going to one of their brewpubs. 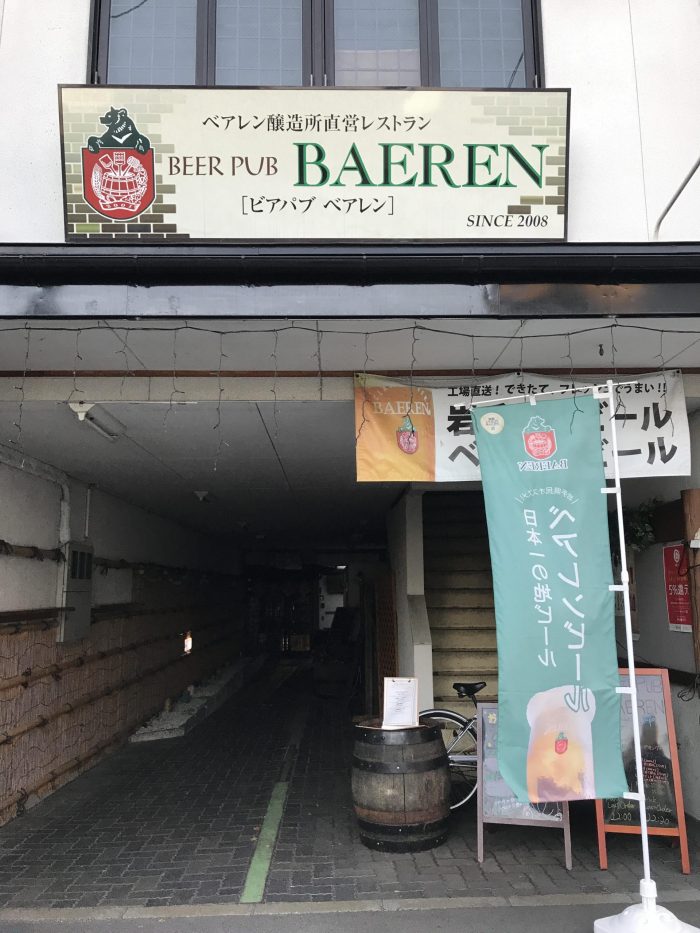 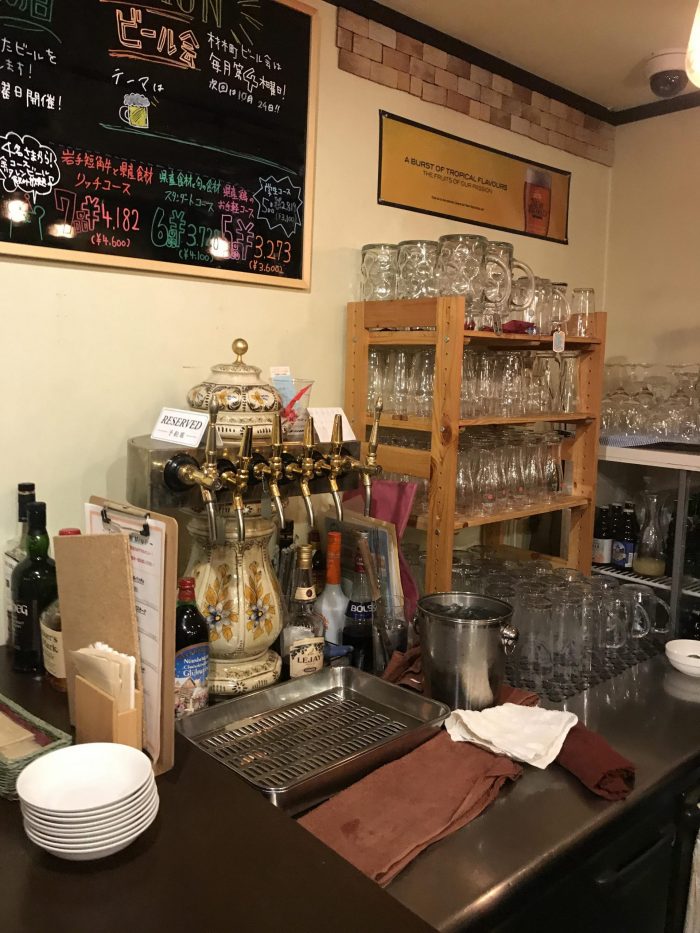 Given how expensive craft beer can be in Japan, Baeren has notably low prices. One pub (Zaimokucho) is located along the Kitakami River, which has a nice outdoor patio with sunset views (well, half of a patio, as the other part was roped off & looked less-than sturdy). I had a seasonal pumpkin wheat beer, which was quite nice. 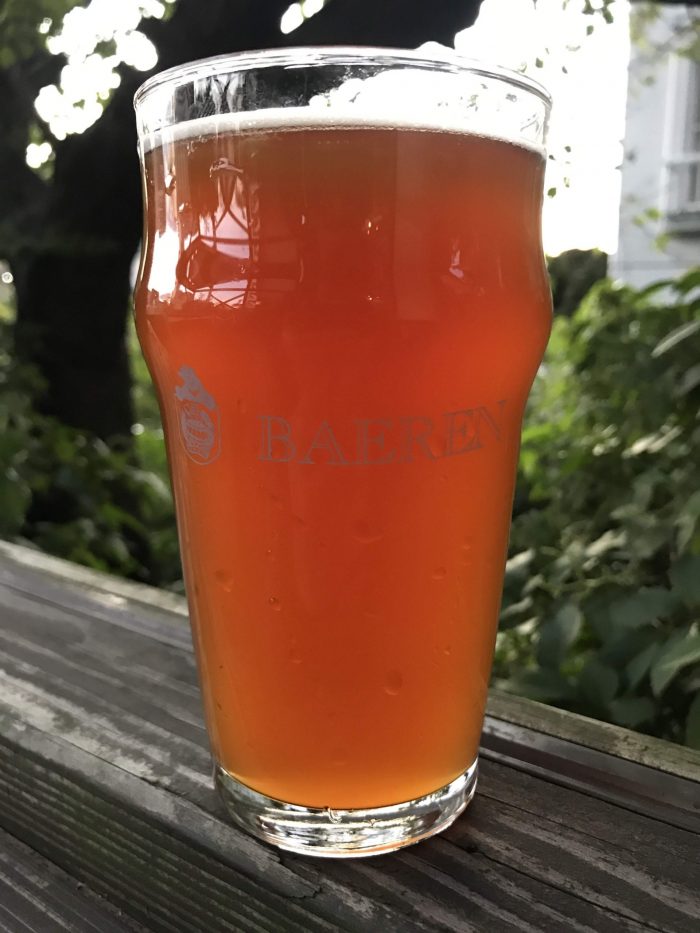 Saien Microbrewery is an offshoot of Baeren, so this bar has 10 taps that are split between the two breweries. 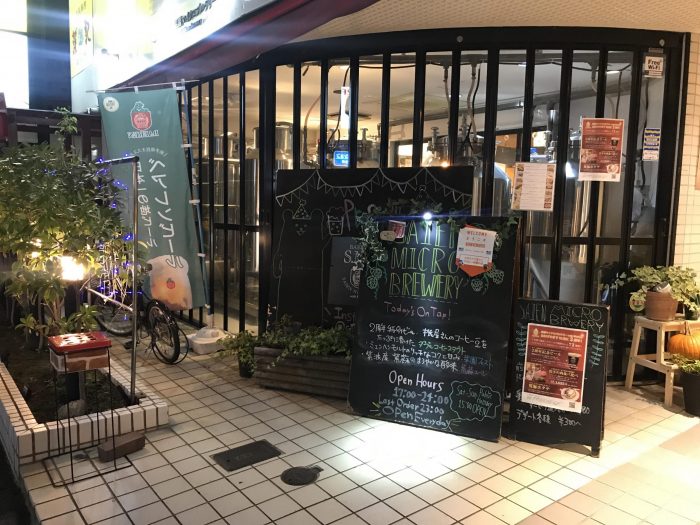 Compared to Baeren, Saien’s beers tend to be less traditional, including smaller one-off batches. They also have Pilsner Urquell, along with a wine & port selection. 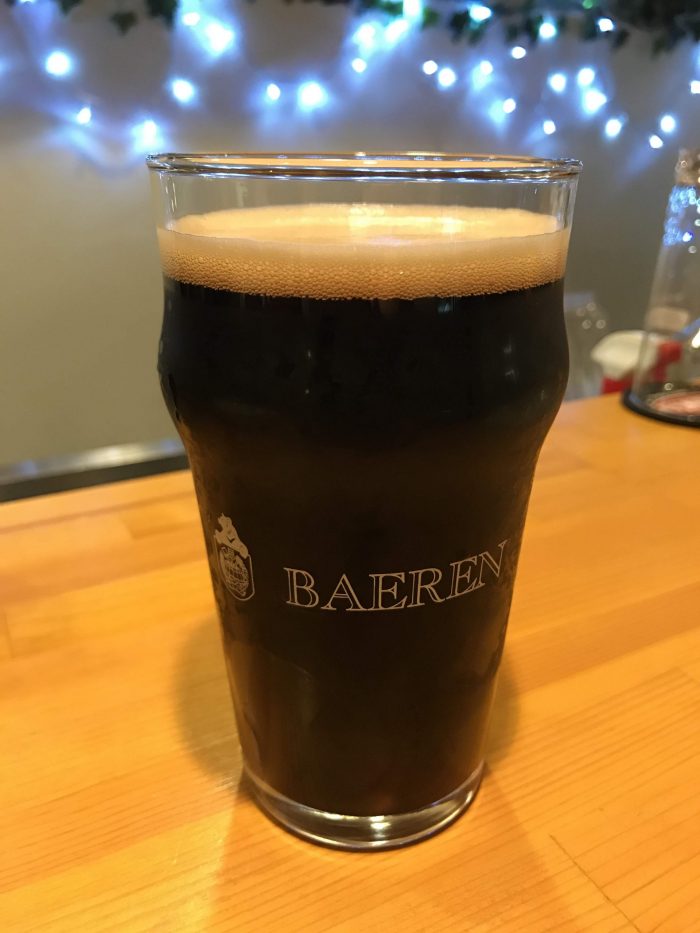 Sakura Brewery is located in Kitakami, but they opened a brewpub in Morioka in October 2019. Since it wasn’t on any maps yet, the only way I spotted it was that I happened to see their very first Untappd checkins from an hour before. The bar is located on the 2nd floor of a building around the corner from Saien. 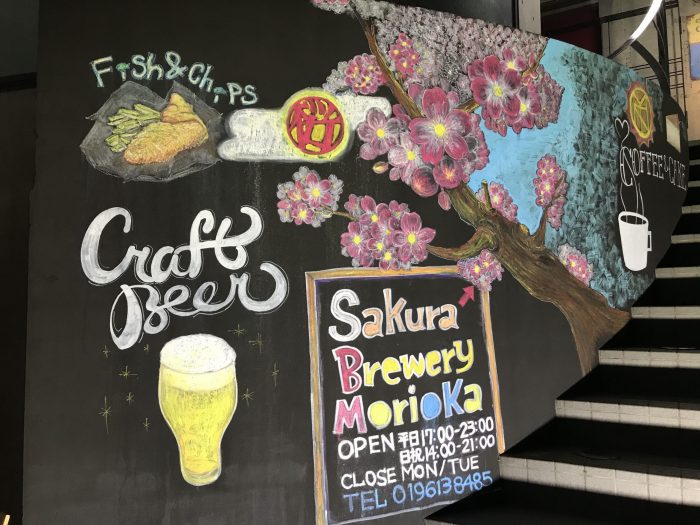 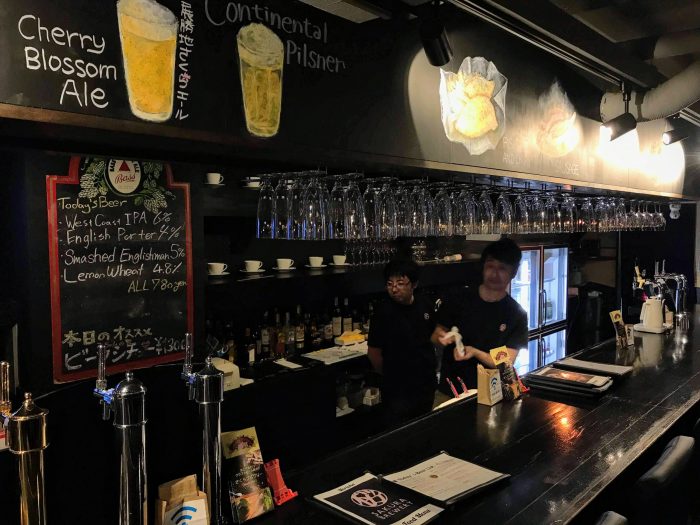 Sakura has a rotating tap selection, which had four of their beers on when I visited. They also have a full food menu with lots of meat. 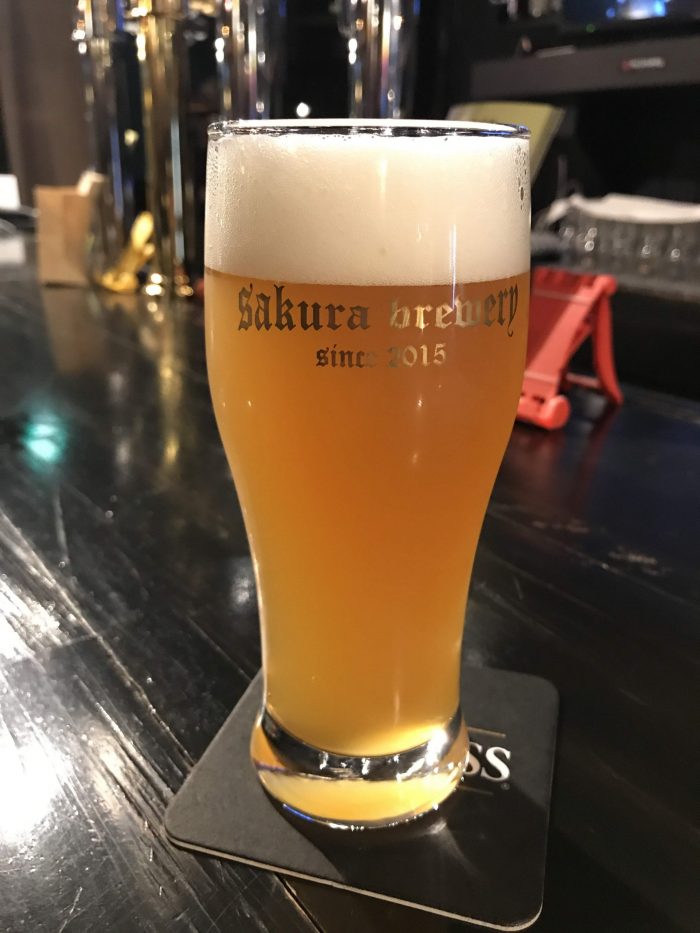 Aeron Standard is probably the best craft beer bar in Morioka, with one caveat: they only serve American beers. As long as you go in with that expectation, you’ll be happily taken on a trip to Portland, Oregon. 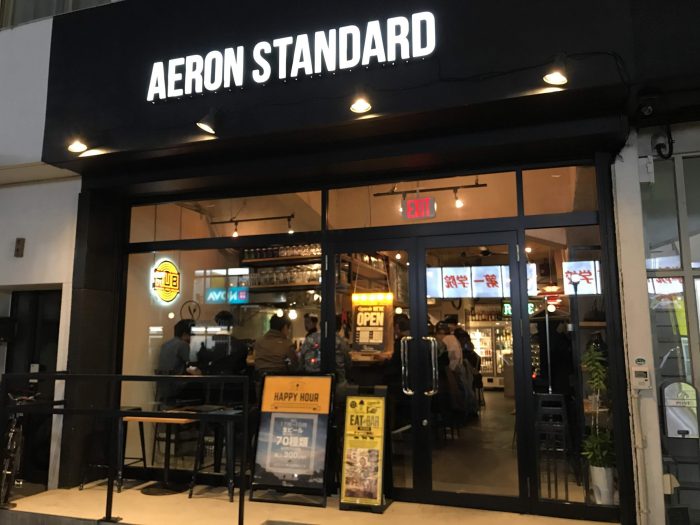 Nearly the entire beer selection at Aeron Standard comes from Portland & nearby Pacific Northwest breweries. And not just the biggest breweries, either. There were 3 taps from HUB & Level, along with dozens of cans & bottles from Ex Novo, Culmination, Rogue, Crux, & Base Camp, plus non-Oregon breweries Stone & Maui.

I opted for the one beer they had that could possibly considered local a special collaboration beer that Aeron Standard had made with Culmination called “Clouds Are Genius.” 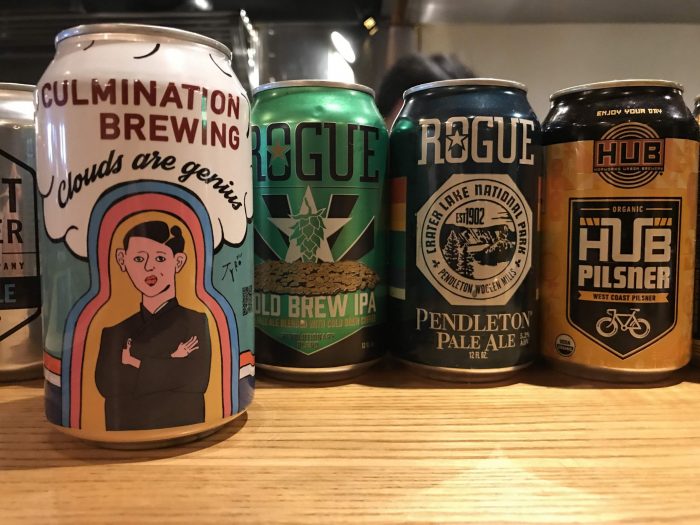 Since all of the beers are imports, you might expect the prices to be outrageous. I wouldn’t say that the beers at Aeron Standard are cheap, but given that most craft beer in Japan is expensive, even from local breweries, I thought the prices seemed more than reasonable.

There’s also a huge food menu with a full range of Japanese & American dishes. If you want to stick with Japanese food, you can have shabu shabu or the excellent local fisherman’s miso-based tartare that I had. From the other side of the Pacific comes American BBQ. 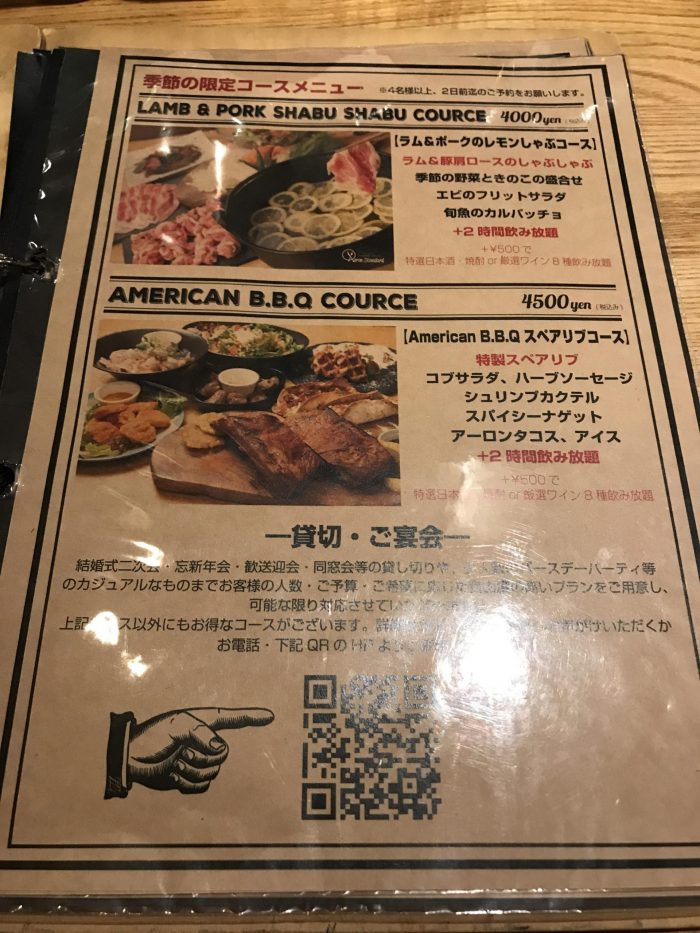 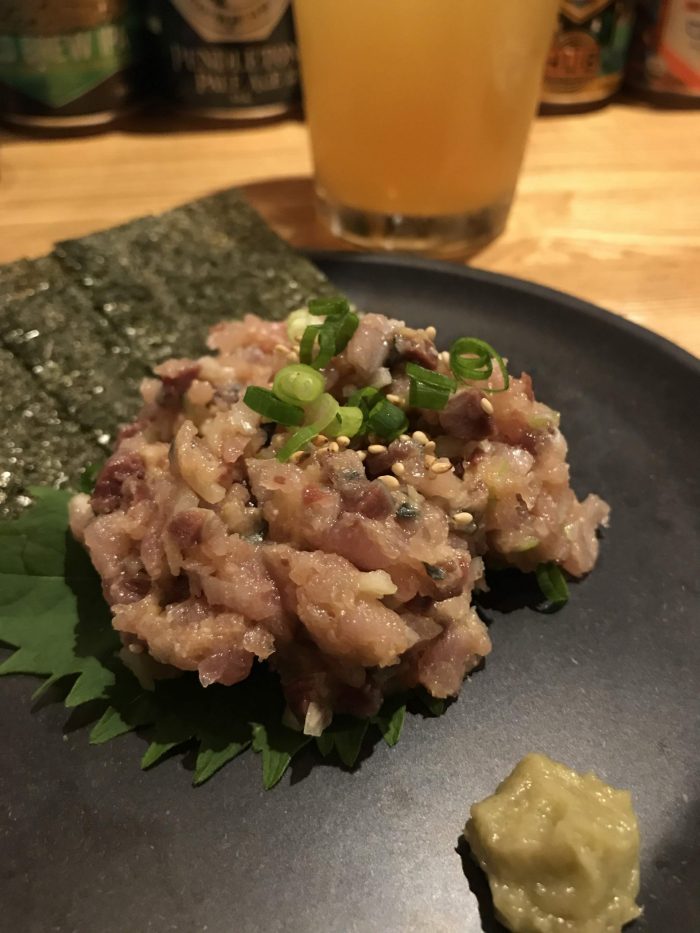 Given that Aeron Standard only opened in 2015 but already has a loyal following (the bar was packed on a Friday night), it will be interesting to see if they have further expansion plans. They clearly know quality & have a fantastic selection of Portland & other American craft beers, so it would be great to see them also have a place with local Japanese beers as well, should they be interested. This is especially true because the bar I had researched as having had the best Japanese beer selection in Morioka (CraftBeer Hoppers) had ceased operations just a couple of weeks before my visit.

They also operate Aeron Coffee & Beer Stand at the Morioka train station, where you can get coffee, ice cream, and other sweets, along with a small bottle & can selection from Pyramid & Culmination. 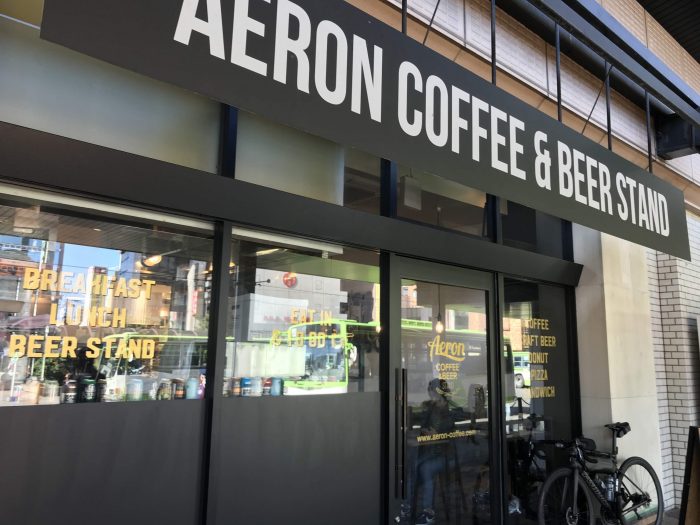 Craft Kitchen is also not far from Saien & Sakura. The brightly lit restaurant has the feel of a diner. 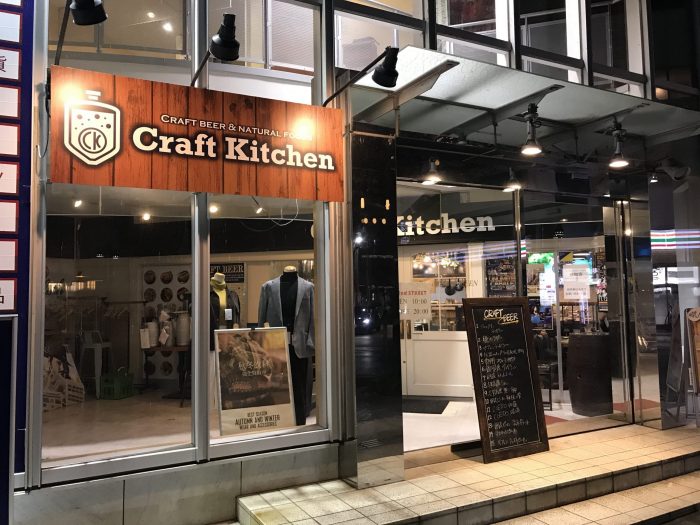 In addition to natural food, they also have craft beer. They have 15 taps, including a couple from Baeren. I’d had most of the beers elsewhere in Japan, so it’s not the most earth-shattering selection, but it’s decent enough. 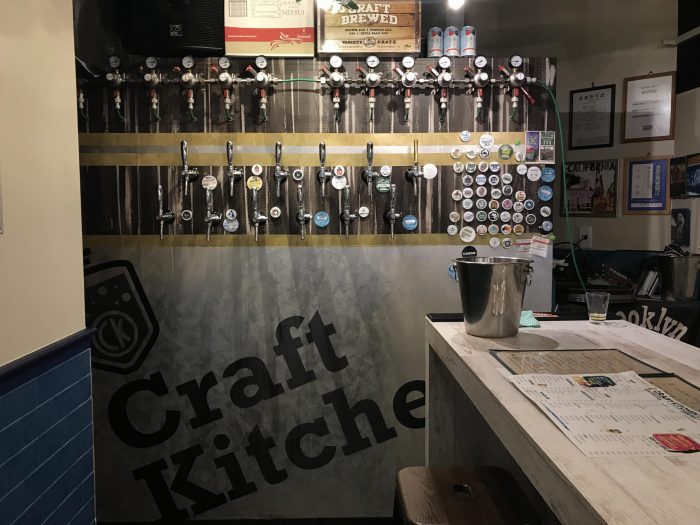 They also have bottles & cans, including Stone, BrewDog, Minoh, and other Japanese breweries. 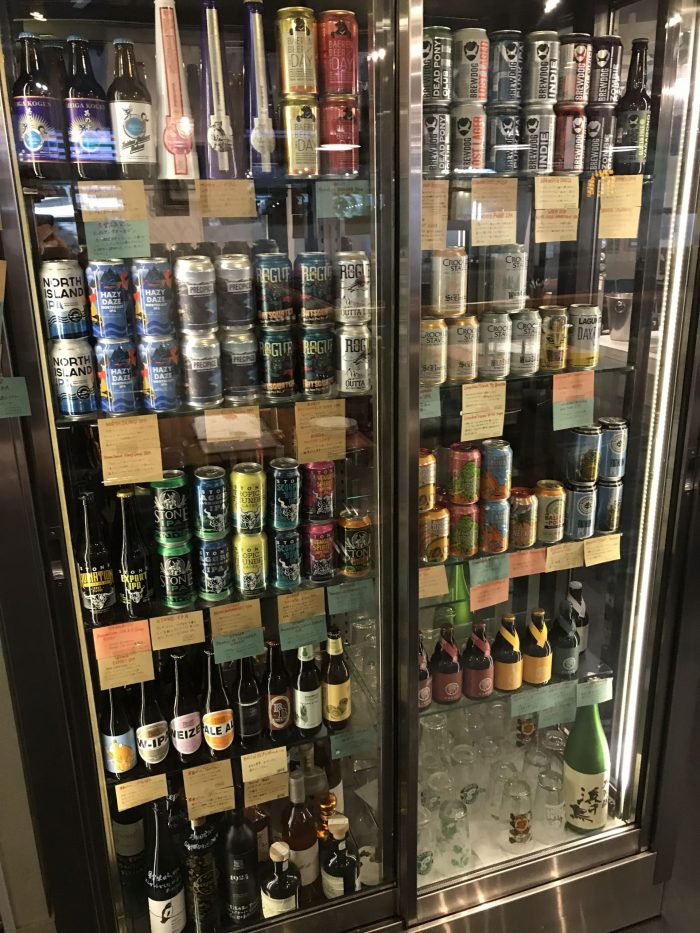 ARIV is located in the basement of Morioka’s Art Hotel. They also have another location in Kitakami. It’s another restaurant that also has a selection of craft beer. The Italian-focused menu has plenty of meat & seafood. They had several Baeren & Ginga Kogen beers amongst their 12 taps. 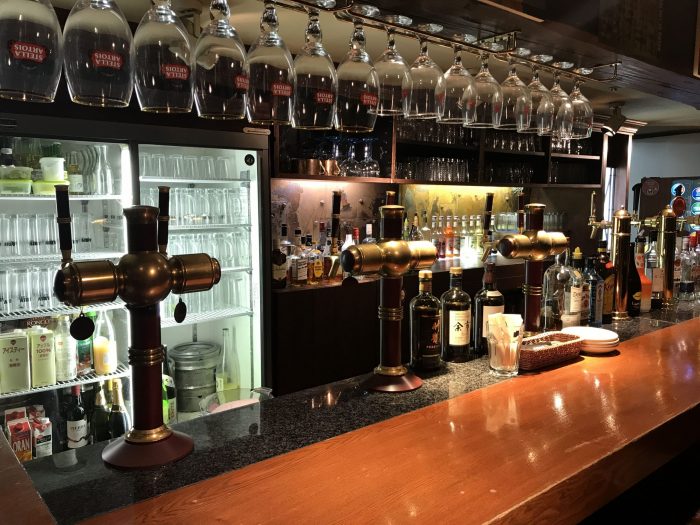 The server accidentally poured me the wrong beer, so I ended up getting a free pint. It helped that it wasn’t busy there was nobody else around who was going to order that other beer, so she was nice enough to let me keep it. That’s friendly service!

Ekichikabar is located in the underground shop area of Morioka train station & has a selection of Baeren beer to go with sausages & curry. 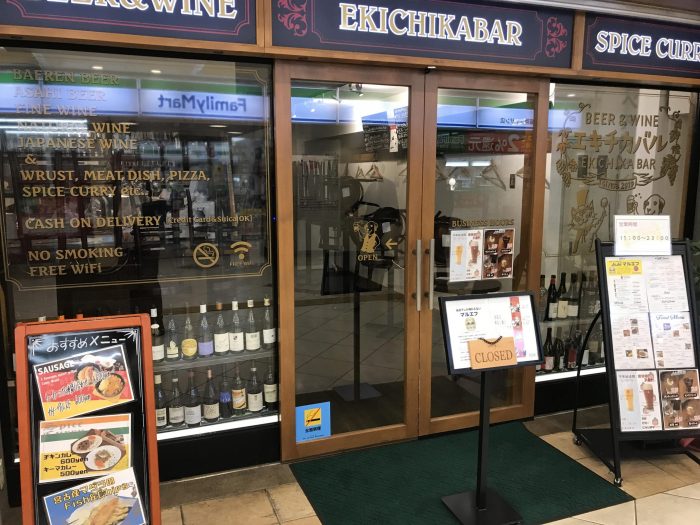 Many Japanese train stations have gift shops that sell local items. The one in Morioka has a nice little bottle & can selection from around the Iwate Prefecture, including Iwate Kura & Tono beers. 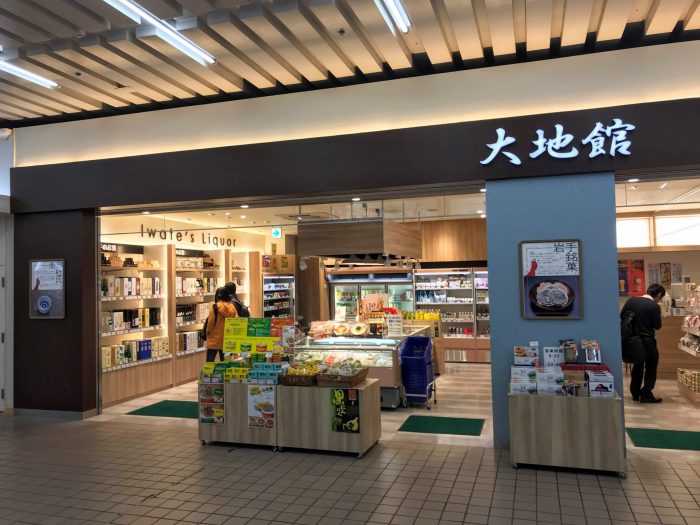 Have you spotted other great Morioka craft beer bars or breweries? Let me know in the comments! 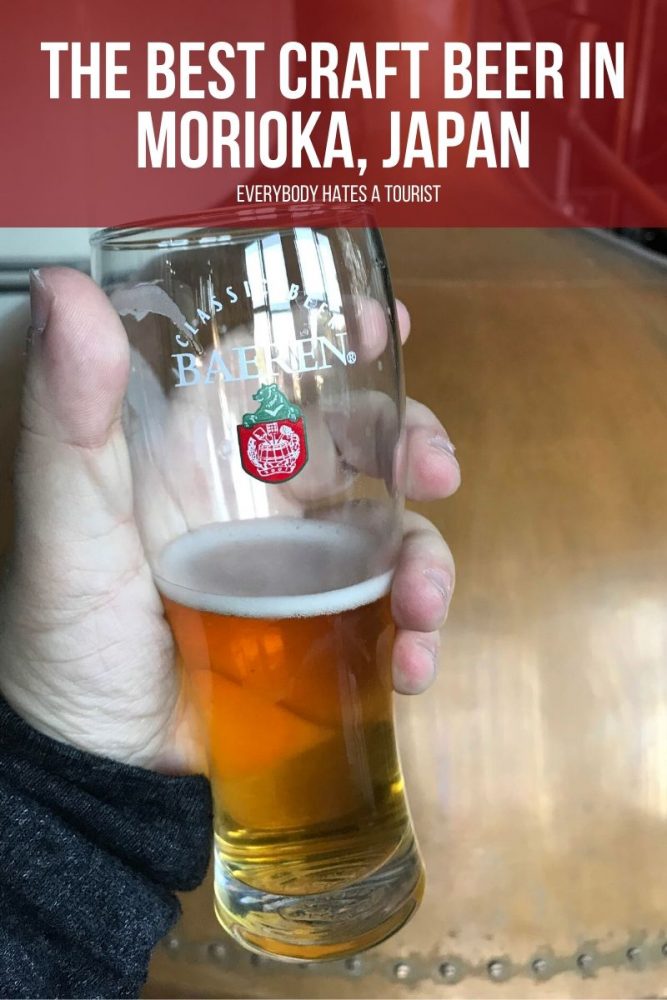