The Lake District is filled with interesting historical spots. If you’re in Ambleside, it’s easy to miss the ruins of a Roman fort that have been preserved along the shore of Lake Windermere. Ambleside Roman Fort is located right near the town in a nice park, making it a nice quick detour if you’re nearby.

How to get to Ambleside Roman Fort

For those with a car, Ambleside is located along the A591 north of Windermere. The fort itself is on A5095 (Borrans Road).

Several buses stop near Ambleside Pier in Waterhead, which is a pleasant short walk from Ambleside Roman Fort. Bus stops here include the 505, 516, 555, & 599.

The history of Ambleside Roman Fort

Ambleside Roman Fort is believed to be the remains of Galava or Clanoventa, mentioned in historical records. Given the lack of detail in the records, historians are unsure which one it is, but recent thoughts lean toward Clanoventa. The ruins date back to the 1st or 2nd century AD.

The purpose of the fort was to guard the Roman road between Brougham & Ravenglass, at the northern end of Lake Windermere. Multiple forts were built on the site during the centuries that the spot was occupied. The sections of the ruins that are visible today are from the time of Emperor Hadrian. The site of the fort was excavated 1913 & 1920. Nowadays, you can see the main gate, south gate, commanding officer’s house, headquarters, & granaries. Historical artifacts have been recovered from around the area, suggesting that a settlement was also located here.

My visit to Ambleside Roman Fort

I visited by taking a bus from Windermere to Waterhead Pier. It’s a nice area for walking, even if you’re not visiting the fort. There’s a pier for boat cruises around the lake, plus cafes & hotels. 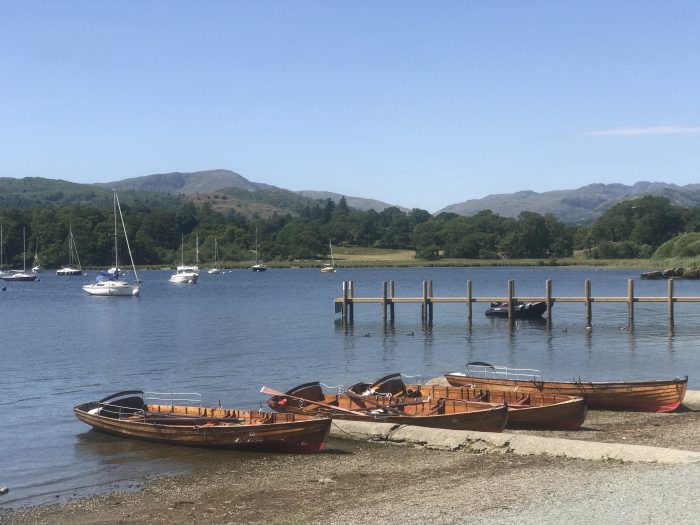 From there, I followed the road toward Borrans Park. You can either follow the shoreline, or take a more direct path to the fort. The fort is located on land just outside the park, along the western side of it. The area was quiet, despite Waterhead being much busier. Not many people seem to be aware of the existence of the park & fort, which is a shame because it’s less than 5 minutes away. 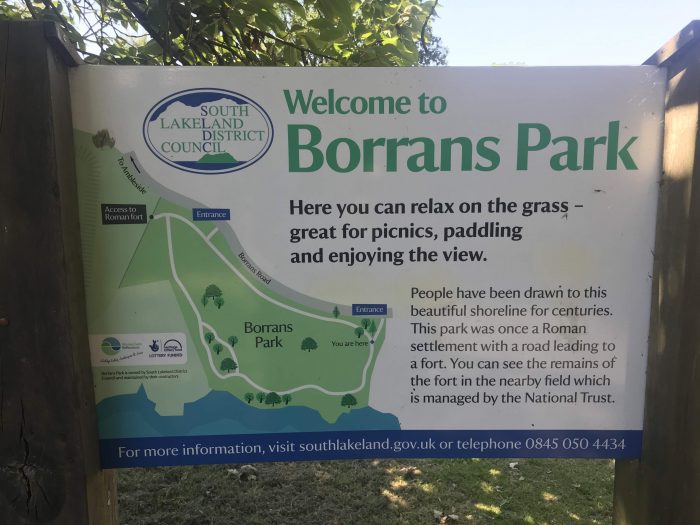 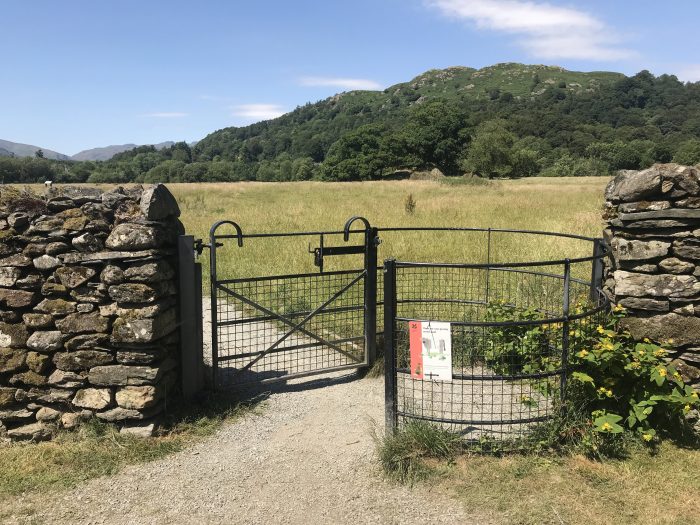 Ambleside Roman Fort is a completely open space. Nothing is roped off, so you can walk all around (and over) the ancient foundations. Just be careful, as there are cows in the field. You’ll want to steer clear of them & anything else they’ve left behind. 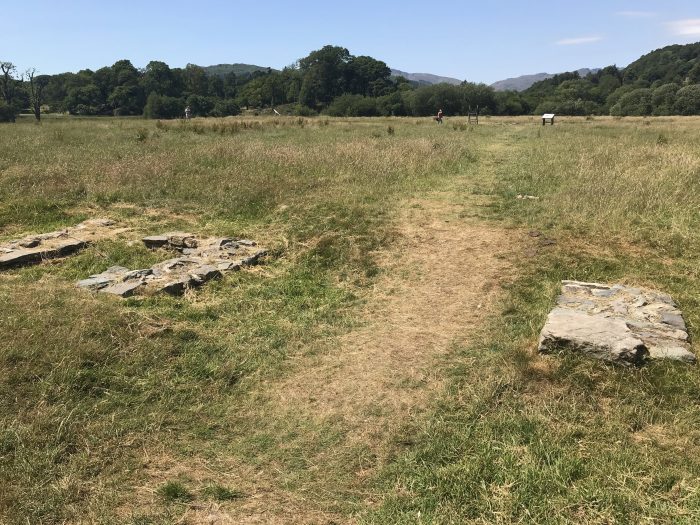 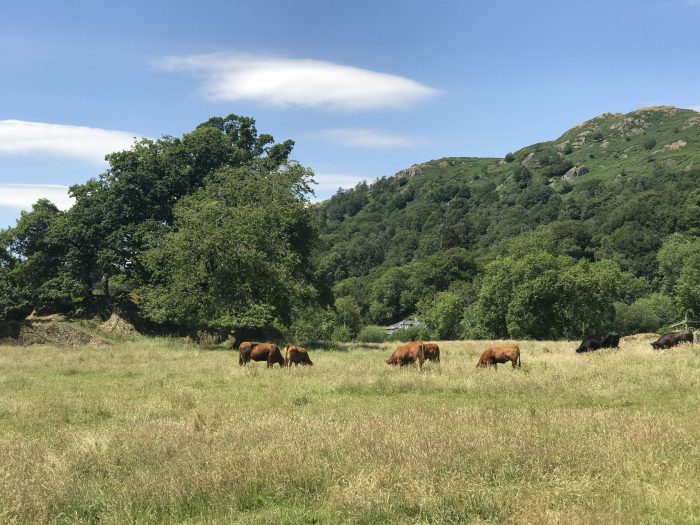 As for the fort itself, there’s nothing remaining other than basic foundations. Thus, it requires a bit of imagination to picture what was located here. This brochure from the National Trust is helpful. 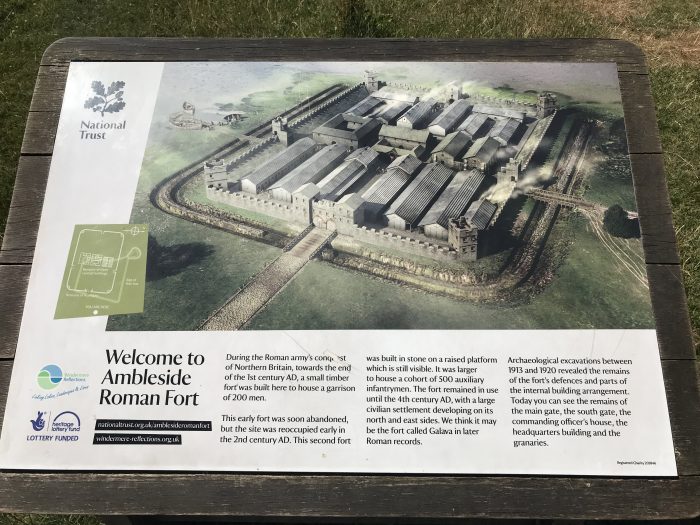 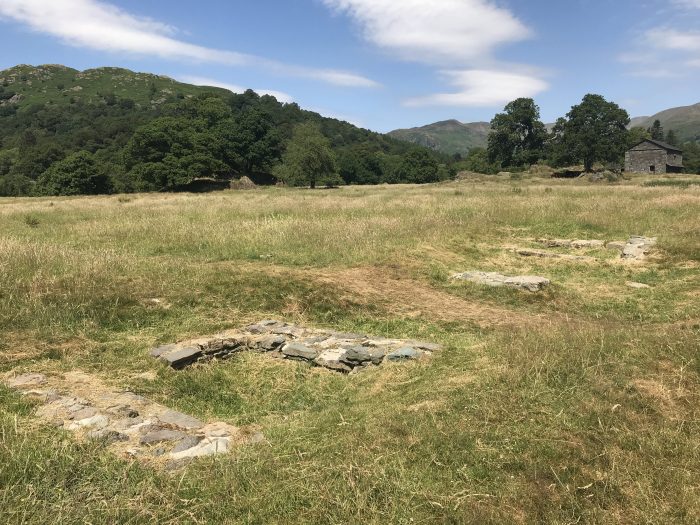 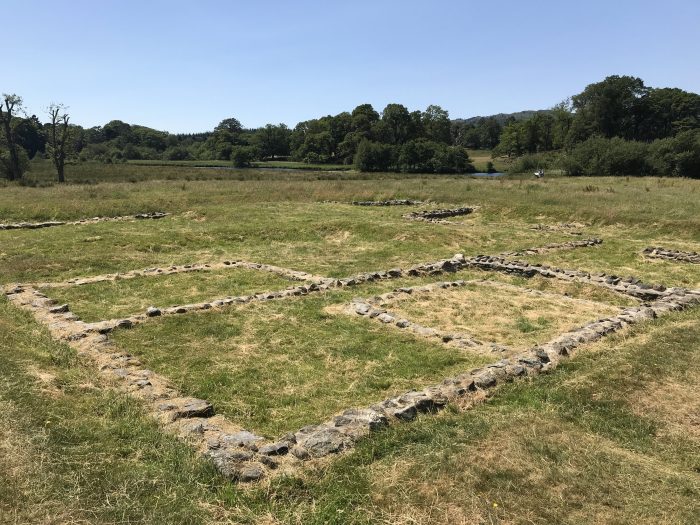 Still, there are signs of the larger complex. For example, there are pivot holes located in what was once a doorway of the south gate. 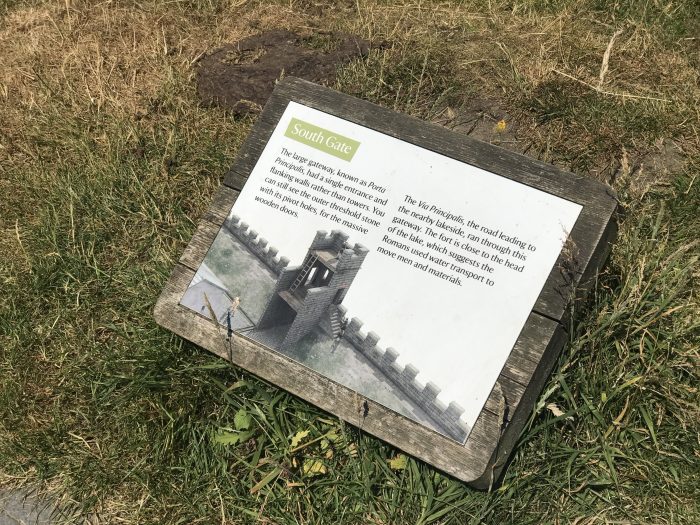 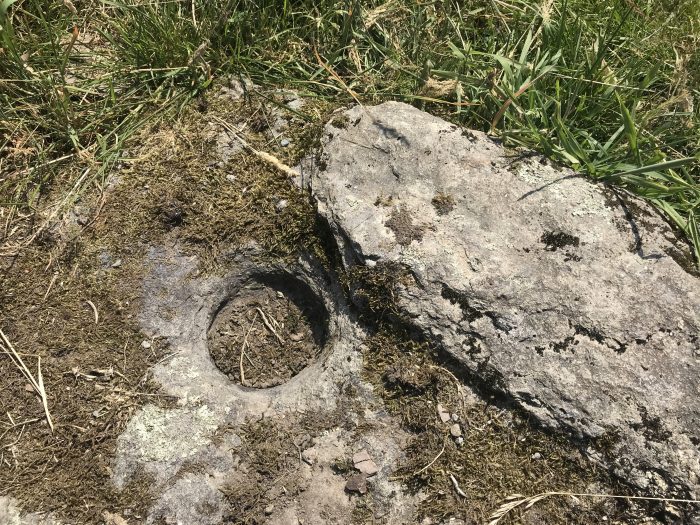 There’s also a little ladder that you can climb to get a somewhat better view of the main areas from above, including the granaries. 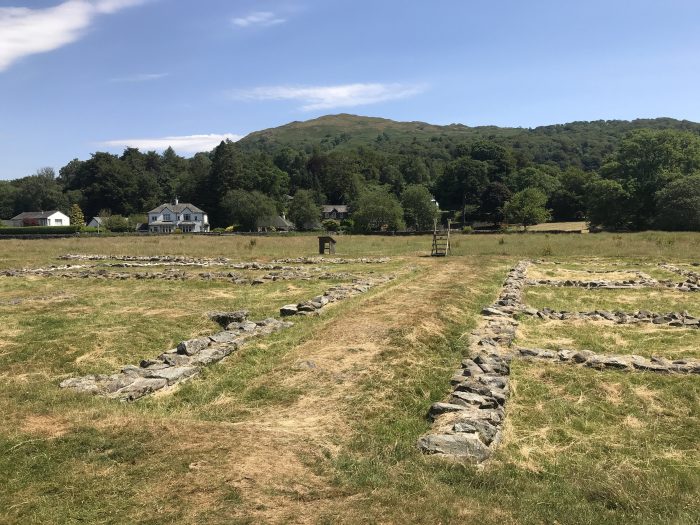 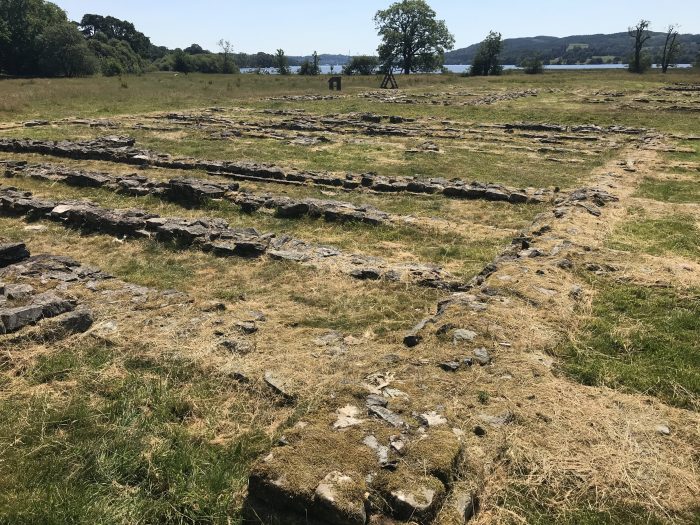 Above the main sections of the fort, there’s a rocky outcrop covered in trees. This is believed to be the original fort, though really it just looks like a big rock. There’s nice shade here on warm days. 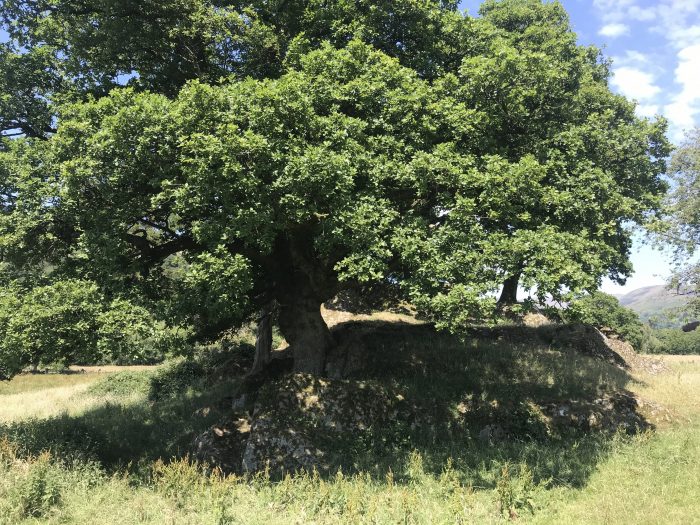 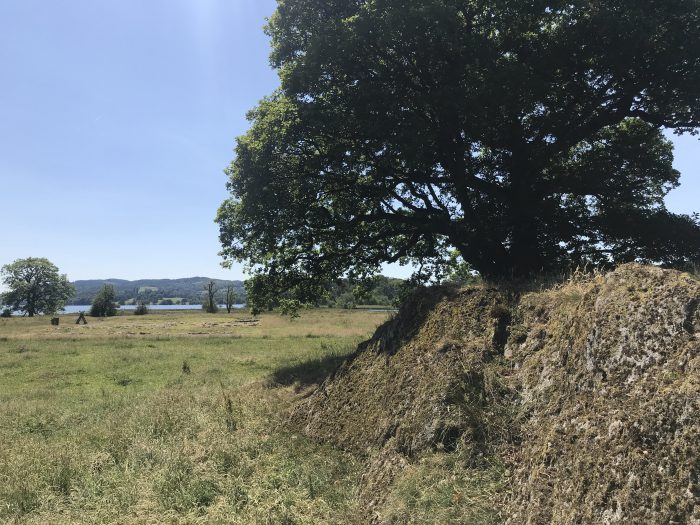 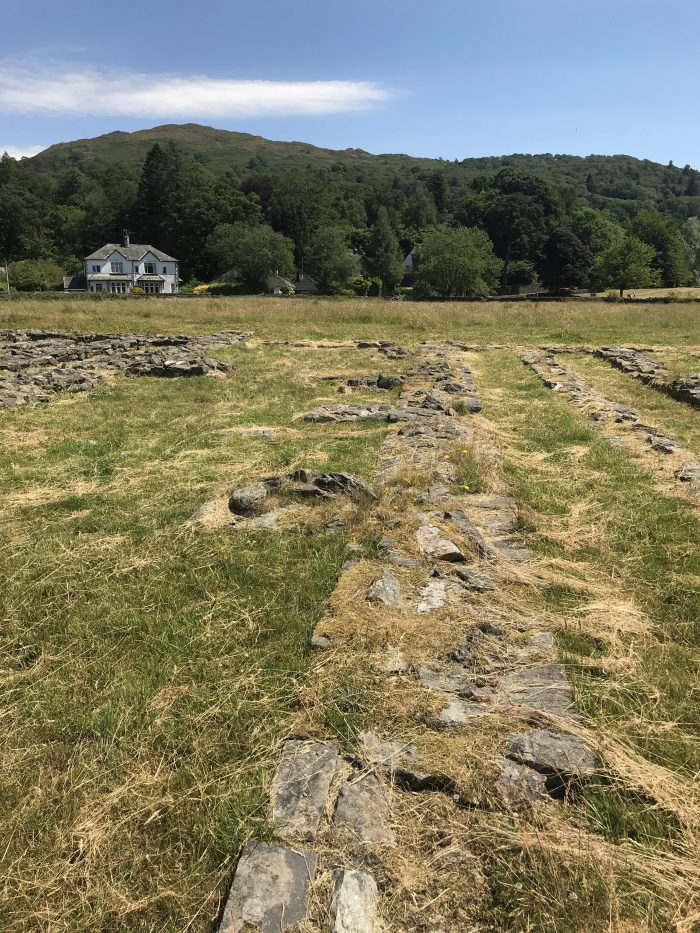 If you’re in Ambleside or Waterhead, take a quick diversion to step back 2,000 years in history at Ambleside Roman Fort. While there’s not much remaining of it, it’s still remarkable that even these foundations have been preserved for so long. 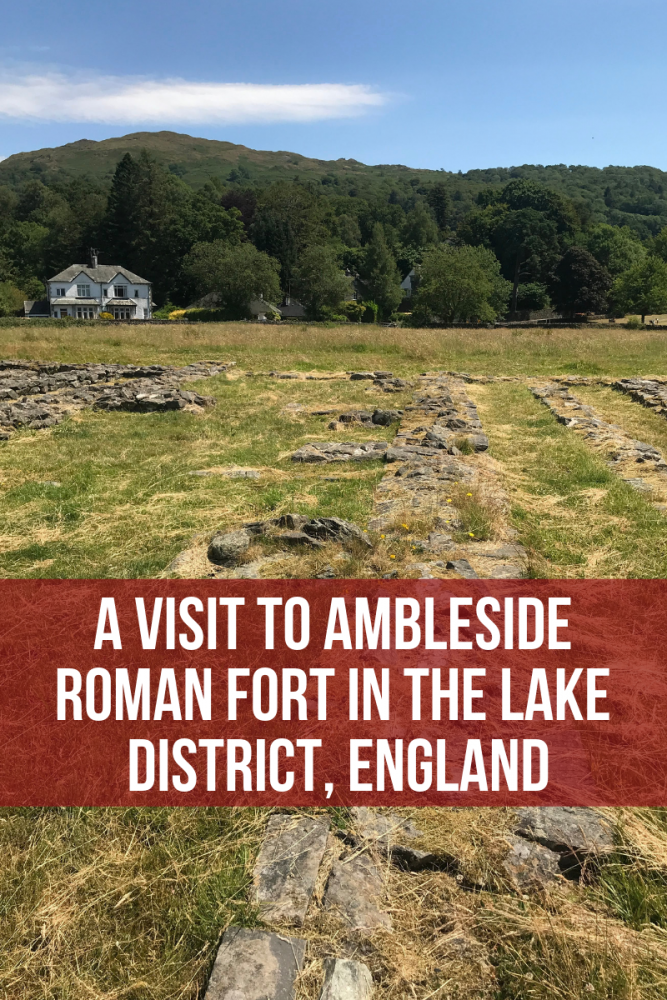