Greenwich makes for a lovely day out from hectic London. Between its open parklands, walks along the Thames, and history around every corner, there’s plenty to see and do. Not only can you do all of this in Greenwich, you can also enjoy everything it has to offer while drinking some good craft beer. Here’s my guide to the best craft beer in Greenwich, England. 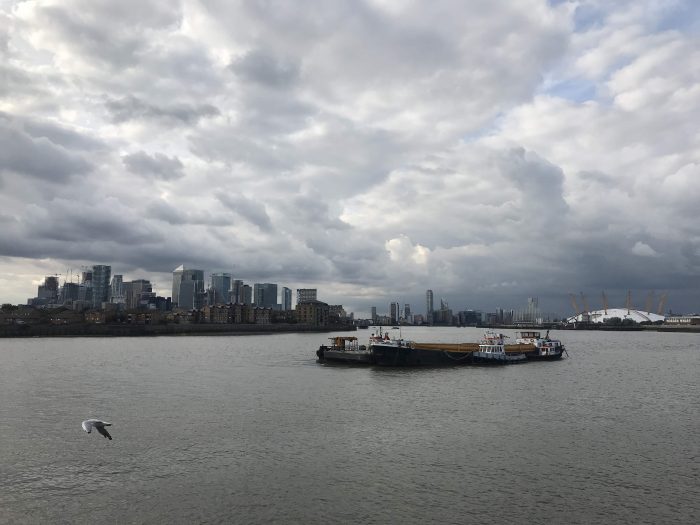 The Vanbrugh is not a bar that anyone would accidentally stumble upon. It’s a neighborhood pub at the corner of a dead-end street, well to the east of the biggest attractions in Greenwich. The sign over the door proclaims it “Greenwich’s best kept secret”, & they’re not wrong. Once you do make it to The Vanbrugh, you’ll find a bar that does a bit of everything, but does it all well. 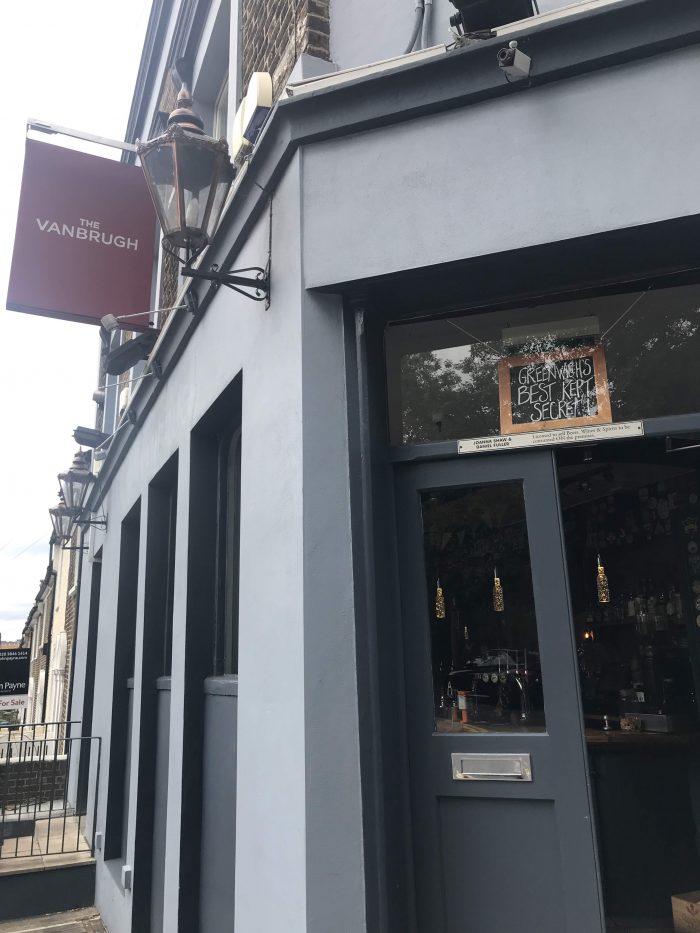 Let’s start with the beer. The Vanbrugh has 3 craft beer taps, plus 3 casks, as well as some additional bottles & cans. It’s not the biggest selection, but this allows them to frequently rotate their taps. According to one of the bartenders, the bar is continuing to evolve & increase their focus on craft beers & cocktails. They have a large gin selection as well. 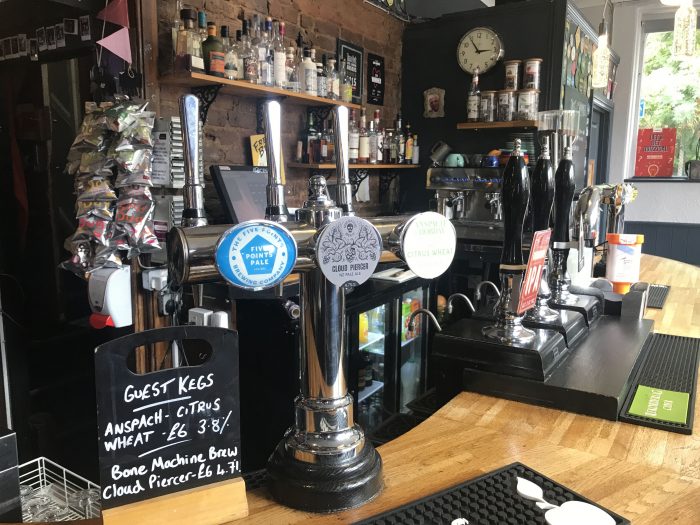 On a Monday afternoon, The Vanbrugh couldn’t have been more laid back, with cricket showing on a TV in the corner, and bluegrass music from Robert Plant & Alison Krauss playing on the stereo. In the evenings, there’s live music & comedy.

There’s also a massive outdoor patio, which you’d never expect from the unassuming corner entrance to the bar. The Vanbrugh is everything a neighborhood bar should be, and it’s worth diverting to if you’re looking for good craft beer in Greenwich. 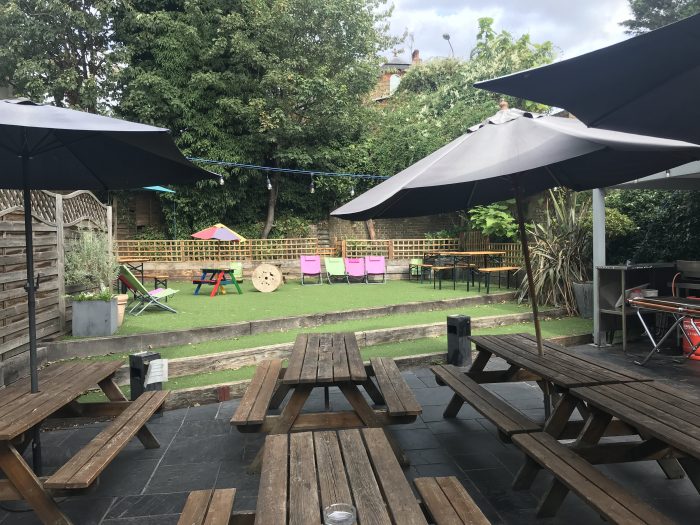 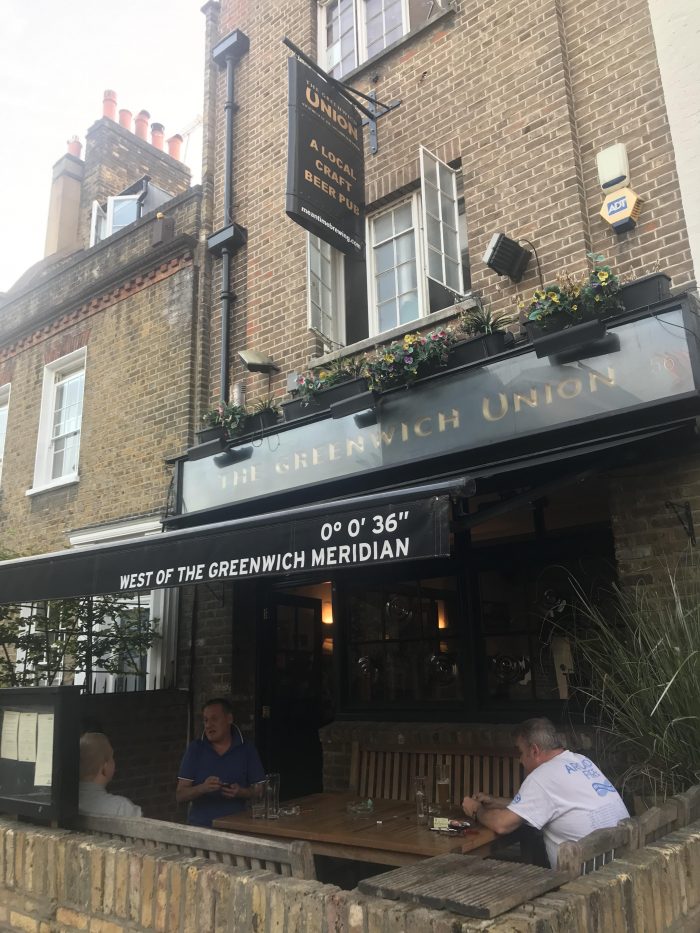 They have a big outdoor patio in the back garden as well. Almost all of Greenwich’s beer bars have patios, making it worth the journey for day drinking when the weather is nice. 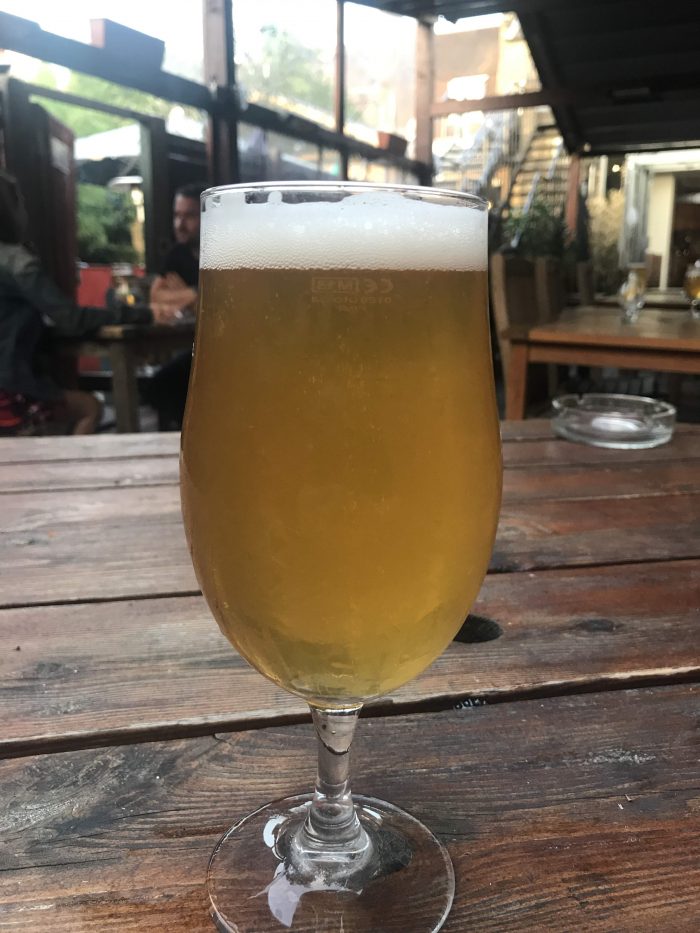 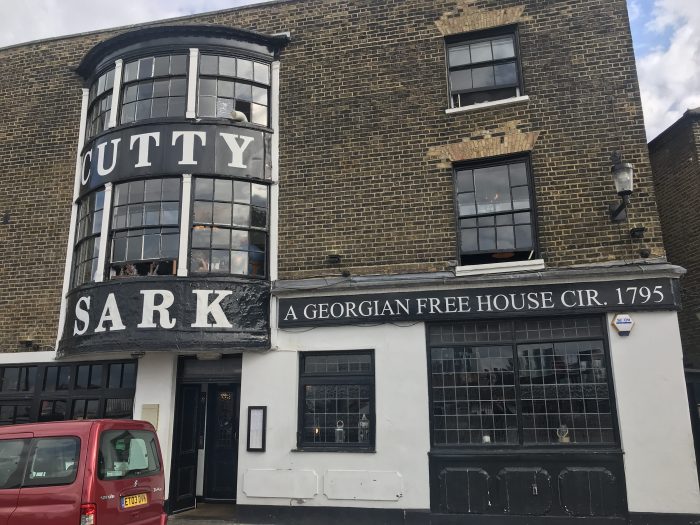 While the beer selection at Cutty Sark isn’t huge, they do have a few craft beers, including some from Meantime. If the weather isn’t nice enough to sit outside, the interior of the old Georgian pub makes for a fun experience as well. The pub, which is owned by Young’s, also has a full food menu that specializes in seafood dishes. 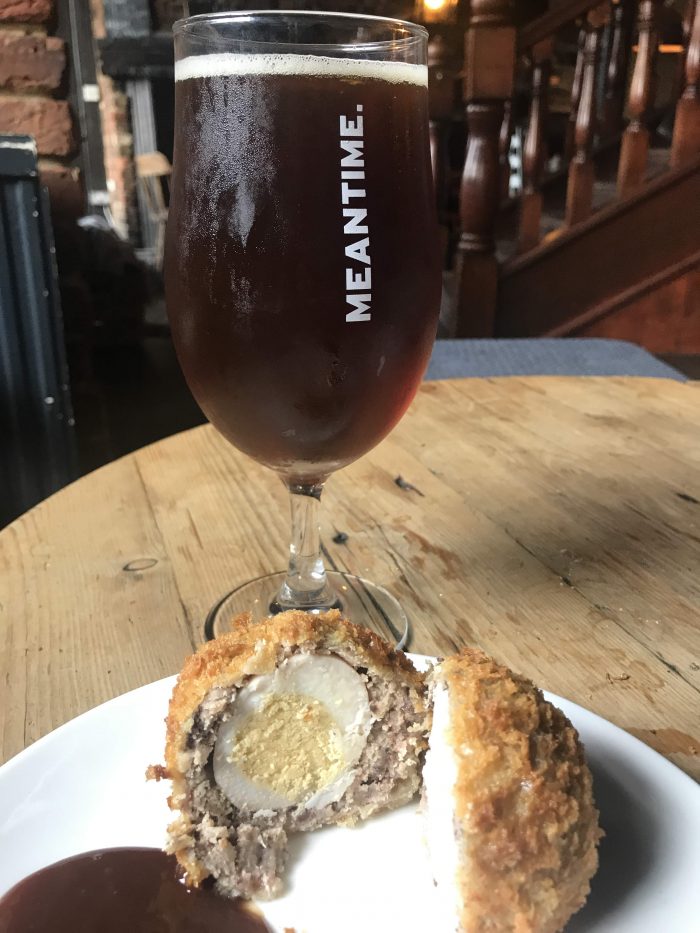 The Old Brewery is yet another Greenwich beer bar where you can drink a pint while also immersing yourself in history. The brewery is the former home of the Naval College brewery, as well as Meantime, the local Greenwich brewery. Nowadays, the grounds are surrounded by the Old Royal Naval College & the rest of maritime Greenwich, making The Old Brewery a UNESCO World Heritage Site you can drink in. Inside, you can find the original copper tanks from the original Naval College brewery. 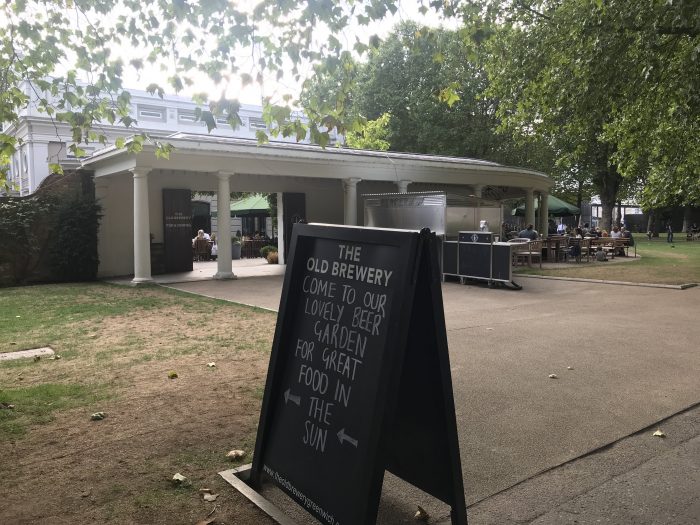 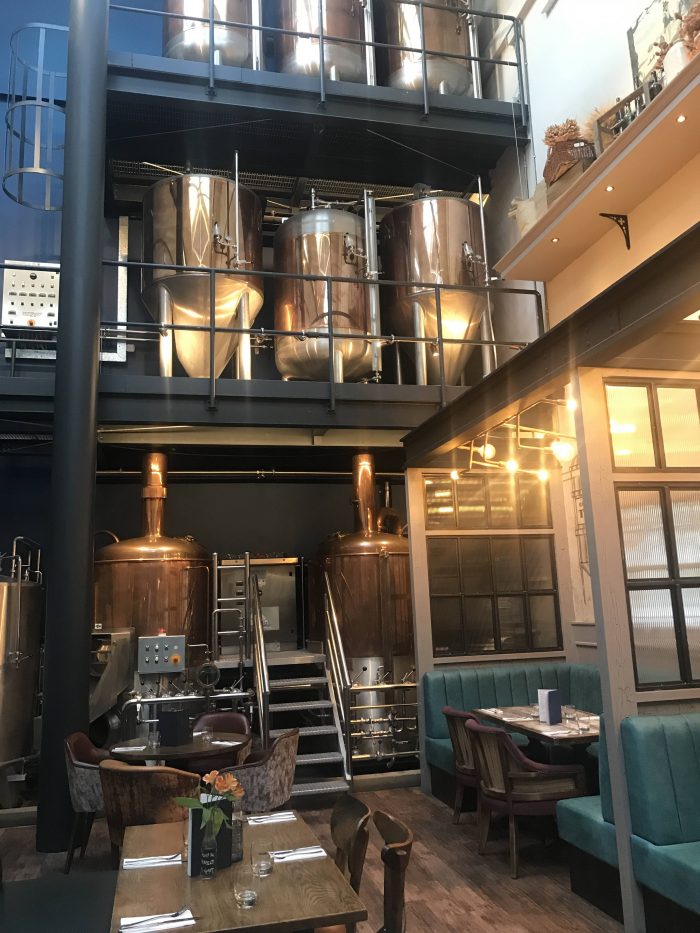 Like the Cutty Sark, The Old Brewery is also owned by Young’s. Similarly, they offer a small local beer selection comprising about a dozen taps, cans, and bottles. However, they were going to be hosting a beer festival the weekend after my visit that was going to have 40 beers from 12 local breweries. The beer garden itself is massive, so what The Old Brewery may lack in corresponding depth of selection, it makes up for with a relaxing outdoor atmosphere. 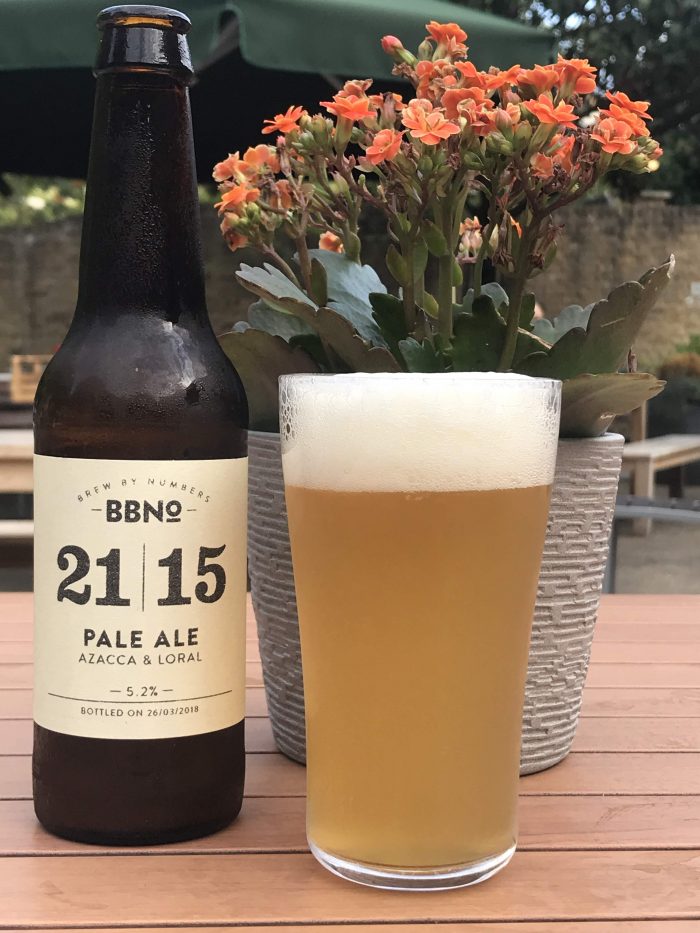 The best breweries in Greenwich, England

Meantime Brewing Company opened in 1999. It was one of the first of the new wave of craft breweries in England. Nowadays, Meantime Brewing Company is owned by Asahi, but they still operate their huge brewery just off Blackwall Lane. The brewery is of course named after Greenwich Mean Time, which you can learn all about if you’re visiting Greenwich & into clocks & timekeeping. 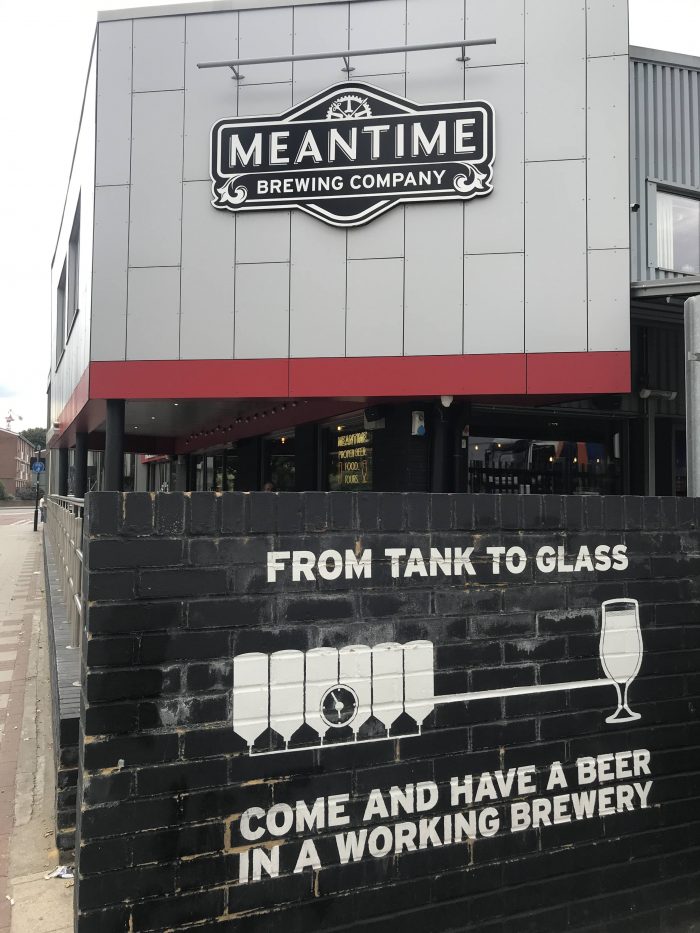 At the Meantime brewery in Greenwich, you can go on a tour, have a tasting, eat lunch, or just sit and drink pints of the latest Meantime creations. Meantime’s beers tend to be on the lighter side compared with many heavy craft beers, but they’re skilled at making these varieties. While their core line of year-round beers can be found at the Meantime tap room, you can also find beers you won’t find elsewhere, such as brewery fresh editions of their pale ale & a tank lager. 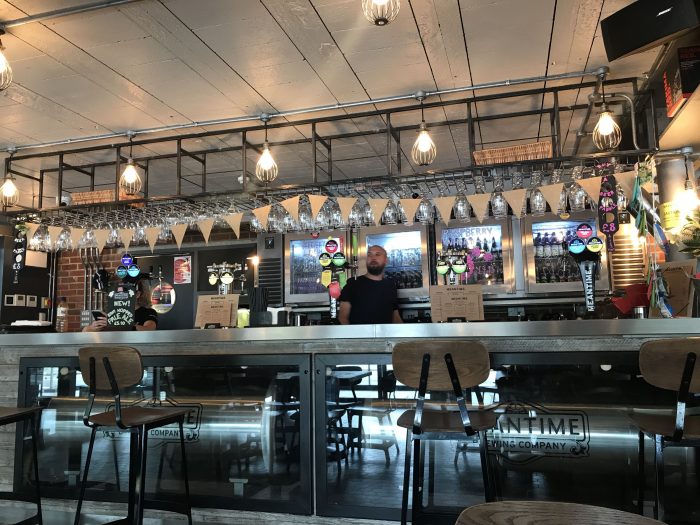 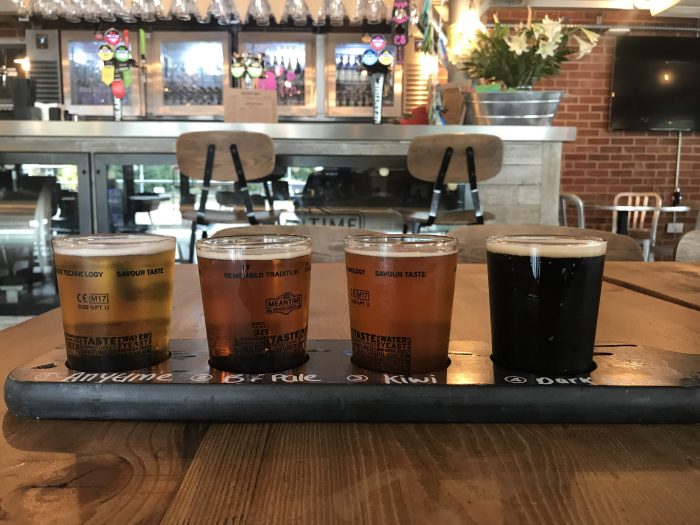 Other bars in Greenwich that have at least a small selection of craft beer include The Yacht, The Lost Hour, & Richard I. For cask ales, check out The River Ale House. If you’re looking for beer while attending an event at the O2 in North Greenwich, there’s Craft London.

Have you spotted other great places in Greenwich for craft beer? Let me know in the comments! 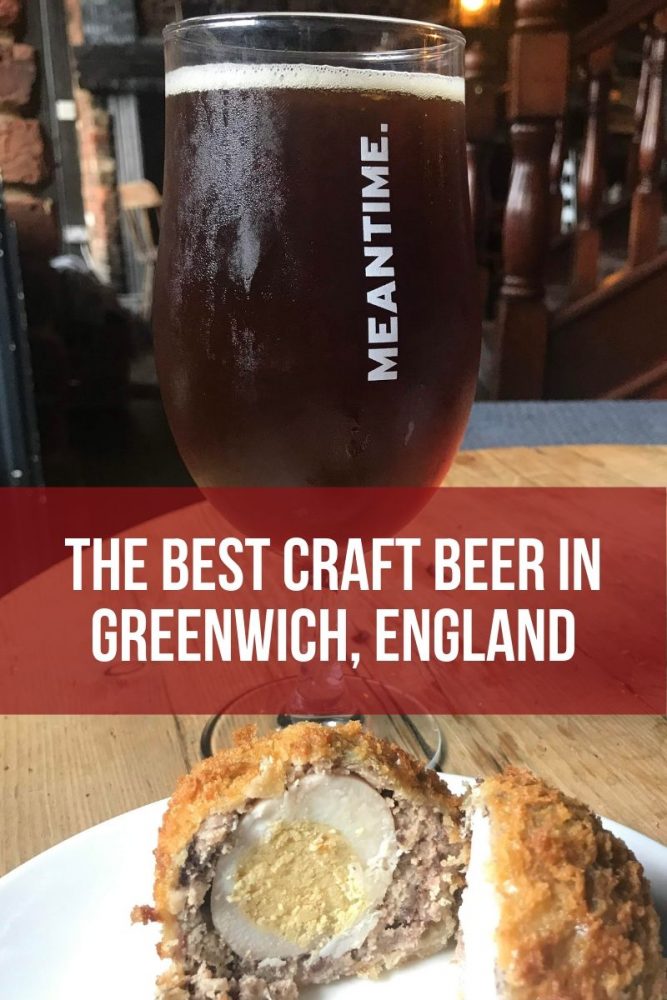