On my first day in New York City, I visited the Museum of the Moving Image in Queens & Tørst in Brooklyn. On my 2nd day, I was even more ambitious. I had great bagels at Absolute Bagels, great beer at Bronx Brewery, saw a great baseball game at Yankee Stadium, and saw a live taping of a great episode of one of my favorite TV shows at the moment, Last Week Tonight with John Oliver.

One of the best reasons to go to New York is for the food. While there are plenty of fancy restaurants to try, New York City is one of the best cities in the world for a quality, basic meal. For the 2nd straight morning, I went to Absolute Bagels on the Upper West Side. On the first morning, I had an everything bagel with nova lox, but this time I opted for plain since they had just been pulled out of the oven not 10 seconds before. 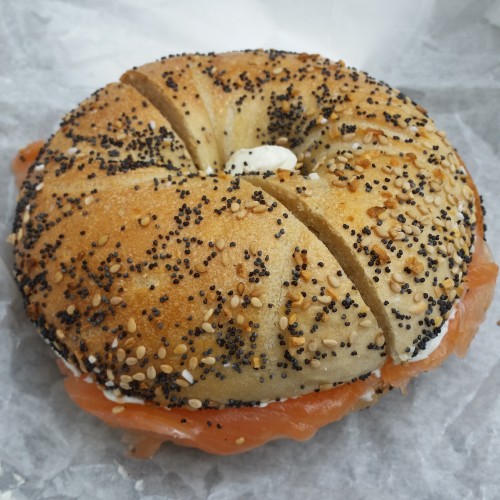 After that, I had some time to kill before my next destination, which didn’t open until noon. It was a beautiful day, so I walked. And walked. And walked. From the Upper West Side through Central Park, through East Harlem, and across the Willis Avenue Bridge into the South Bronx. While it’s not the most picturesque route, especially in the industrial areas of the Bronx, it never felt unsafe, certainly not on a Sunday morning.

A visit to The Bronx Brewery

I arrived at The Bronx Brewery right at noon and immediately set off to try a sampler of all of the beers they currently had on tap. They were all good, but their rye pale ale was my favorite. I also had an interesting rhubarb pale ale. My only regret was not having more time. I would have loved to have stayed for more beer, and perhaps to check out the actual brewery in addition to just the tap room, but the Yankee game was set to start just after 1pm, and it was already 12:30. 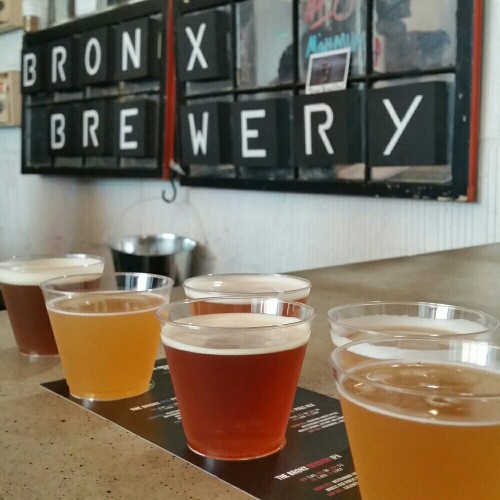 A visit to Yankee Stadium

I hopped on the Bx33 bus, which starts its run on Walnut Street right near the brewery and took it to Grand Concourse/E 138 St, where I then took the 4 train to Yankee Stadium to see the greatest franchise in the history of baseball, the New York Yankees.

The whole journey was quick, and even with a stop to buy a beer at a concession stand, I was in my seat just in time for the first pitch by Michael Pineda. His pitching performance that day was one of the best I have ever seen in person. Pineda struck out 16 batters in just 7 innings, while walking none. While the weather was warm, there were enough clouds passing by to provide relief that it was never unbearable in the bleachers. 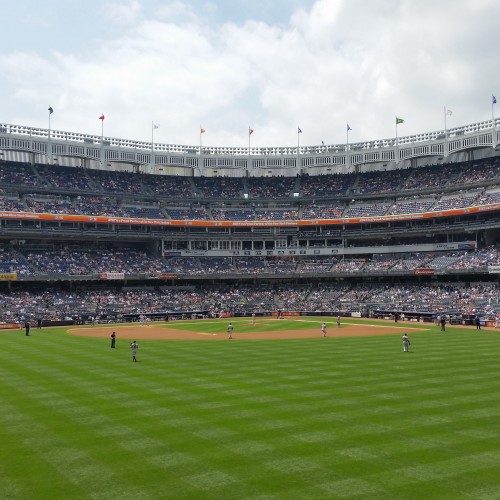 I did take one break for some food, as I had to try the chicken & waffle sliders the Yankees are now offering. They were delicious. My only complaint is that I waited for about 5 minutes to have someone start to make them, only to then have another concession worker give me pre-made waffles. I have no idea why they couldn’t have done that 5 minutes sooner. I had assumed I was waiting for fresh waffles. 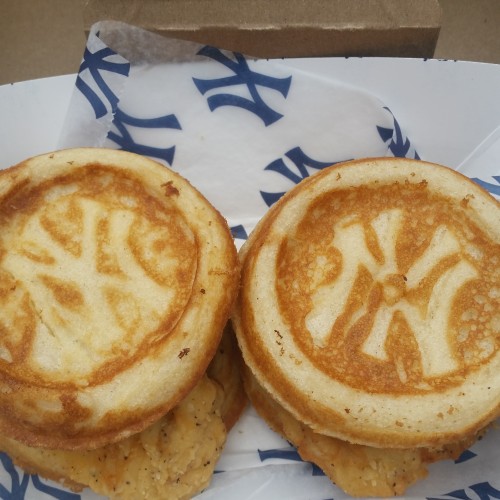 Attending a taping of Last Week Tonight with John Oliver

Sadly, I had to leave the game just a bit early. I hate leaving games early, especially one where the Yankees are winning, but I had no choice. I had tickets to see that night’s taping of HBO’s Last Week Tonight with John Oliver, and thanks to the taping being moved up a half an hour due to a special guest, I needed to get from the Bronx back to the CBS Broadcast Center on 57th Street in Manhattan.

Of course, having given myself plenty of time to get there, I didn’t need all of it. I only had to wait a few minutes for the D train, which mostly runs express to 59 St Columbus Circle. I ended up arriving early, which was just fine. I was able to give my mom a quick call for Mother’s Day & then got in line for the taping. 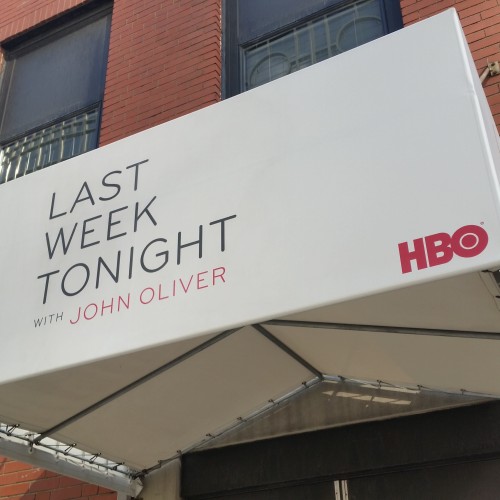 Seeing a live taping of a television show is interesting. As I had seen on the previous day at the Museum of the Moving Image, there’s a lot of work involved with getting a show on the air.  While John Oliver is a comedic genius, there is a whole team of writers, directors, producers, and other staff involved with making the program as good as it is. The audience is well-managed through the entire process, with directions being given at every step of the way regarding where we should go, where we should sit, and how we should act in the studio to help the taping. The studio audience is of course encouraged to laugh and applaud, but with a show like Last Week Tonight, no instructions are really necessary. Here’s a video from the episode that I saw taped live:

The taping wrapped up around 7pm, and by this point we were hungry. I had heard about a new food hall called Gotham West Market that had opened a few blocks away in Hell’s Kitchen. There we had ramen at Ivan Ramen, as well as ice cream at Ample Hills Creamery. Both were great, and I’d love to go back to the market to check out the other eateries that are there. 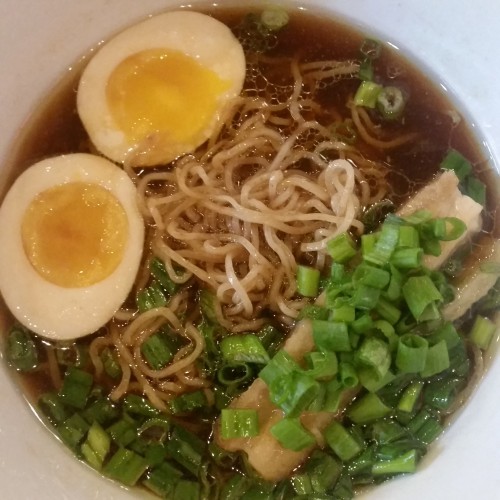 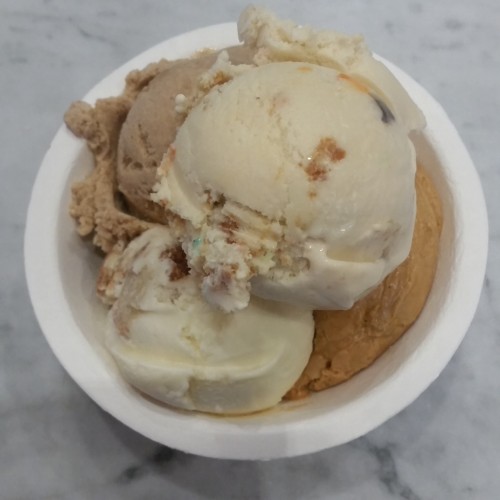 After one quick stop to pick up some cookies at Schmackary’s, it was time to head back to Harlem to watch the second-to-last episode of Mad Men, closing the circle on my time in New York.