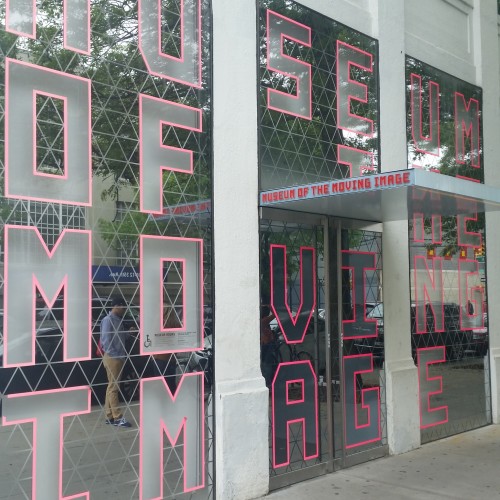 The Museum of the Moving Image in Astoria, Queens, New York, is dedicated to showcasing the history of television, movies, and video games. Until June 14th, 2015, the museum’s temporary gallery is hosting an exhibition titled “Matthew Weiner’s Mad Men”.

I was in New York City last weekend and was able to visit the museum to check out not only the “Mad Men” gallery but the rest of the museum as well. 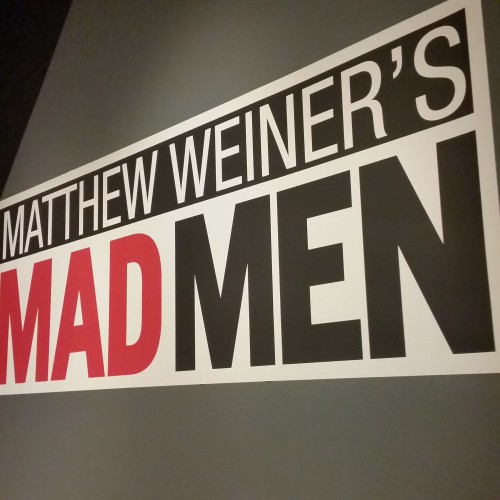 While not many tourists will find themselves in Astoria, the Museum of the Moving Image is actually very easy to get to, especially from Midtown. You can take the R/M or N/Q subway lines to the neighborhood. From Brooklyn, you can use the G to connect to these lines. The museum’s website has full directions.

Our first stop was of course “Matthew Weiner’s Mad Men”, which you can read more about here. Being huge fans of the show, it was our primary reason for going to the museum. Although the website warns to arrive before 2pm on weekends to avoid lines, we arrived right around then, and the crowds weren’t too bad, aside from in the narrow entry hallway. 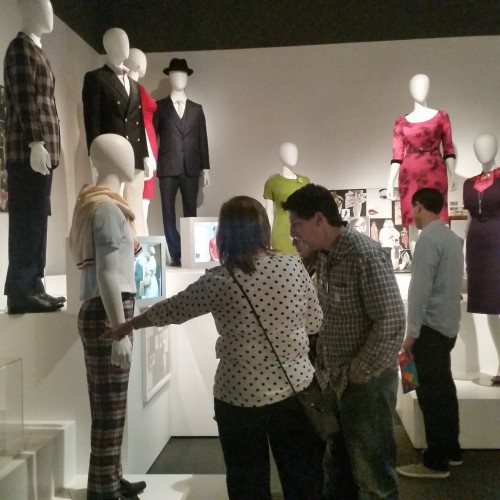 The exhibit covers all aspects of the show, from the creative process behind it to the actors, costumes, and sets. You start out by reading about how Matthew Weiner created the show, passing by original scripts as well as his notes from throughout the series. You then pass by a re-creation of the “Mad Men” writer’s room, which, aside from minor changes to keep final season spoilers covered up, looks just as it did to those who wrote the show.

The next room of the exhibition features costumes and props from throughout the series. Each main character gets a showcase of a couple of notable costumes. Sorry, Bobby Draper, you didn’t make the cut. The museum didn’t have enough room to include your 18 incarnations. They did, however, find enough room to include Pete Campbell’s chip & dip.

In addition to the costumes, there are also televisions featuring famous “Mad Men” scenes such as Megan Draper singing “Zou Bisou Bisou” to Don Draper and the infamous showdown between Don & Peggy in “The Suitcase”, one of the show’s best episodes.

We felt bad for the poor security guard who was stuck having to listen to “Zou Bisou Bisou” all day long.

The exhibit continued with two set re-creations. The first was Don & Betty Draper’s kitchen. The second was my favorite part of the museum’s “Mad Men” exhibition: a re-creation of Don Draper’s office. I would have loved to have grabbed a whiskey and sat down on the couch, but of course, access is restricted.

If you’re in NYC before June 14th & love “Mad Men”, I highly recommend checking it out.

Beyond “Matthew Weiner’s Mad Men”, the rest of the Museum of the Moving Image is quite interesting. You can see movie making & viewing equipment throughout the years, including cameras, televisions, props, costumes, set models, and much more. 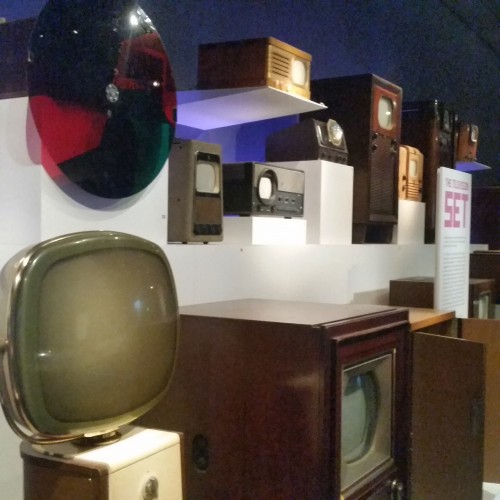 From a more interactive standpoint, there are also stations where you can try your hand at sound mixing, animation, and other vital industry roles.

You can even see how live programs such as baseball games are put together by watching video from the control room of a New York Mets broadcast. 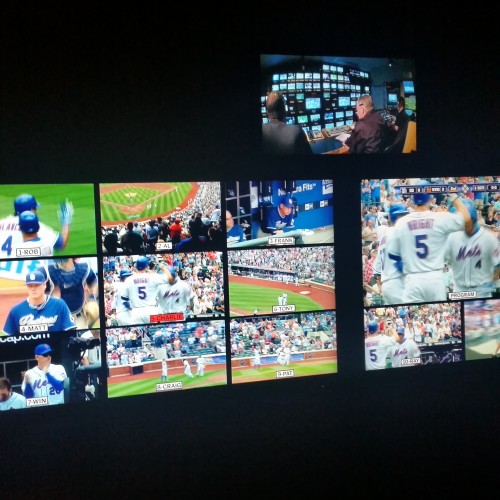 There are also props & costumes from famous movies and television shows such as “Star Wars”, “Mork & Mindy”, and “Star Trek”. While the props are certainly there to impress fans the films & programs, they are also presented in a way that demonstrates how they are actually designed and made. The promise of a museum of pop culture can bring people in the door, but while they are there they get to learn about everything that goes on behind-the-scenes. 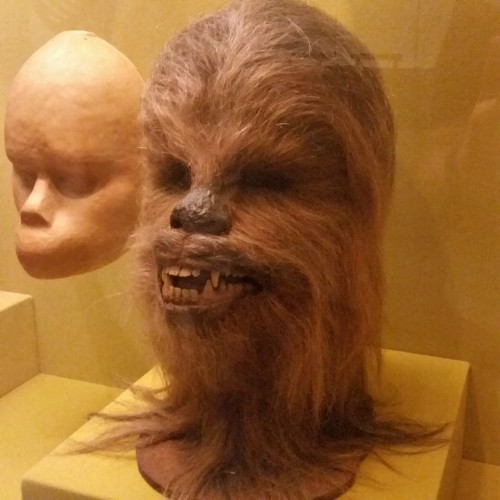 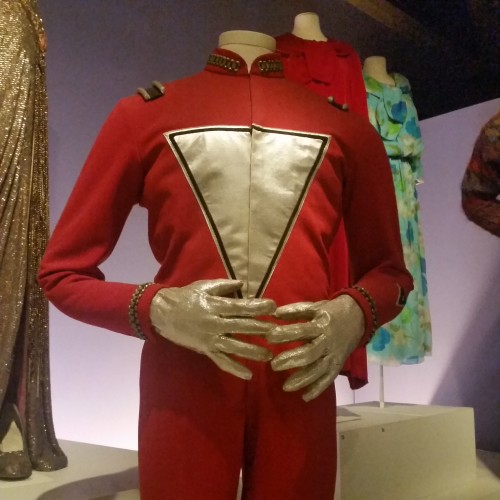 Scattered throughout the museum at the moment is another set of experiences titled “Sensory Stories”. As you may guess from the title, the various installations utilize modern technology to create art that appeals to all senses. 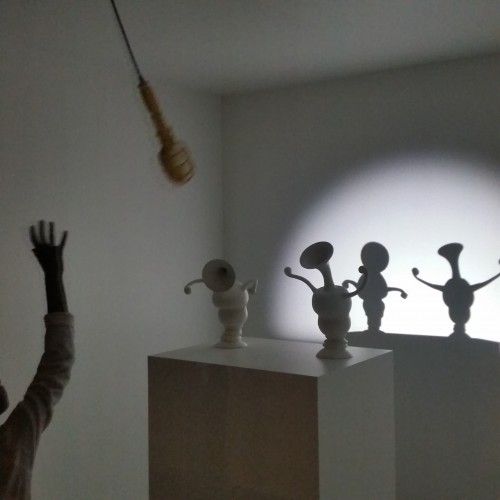 The highlight here was Dpt. & Laurent Craste’s “Parade”, an interactive shadow sculpture. The Creators Project & Dpt. describe the work much better than I can, but you can see video below.

Our final stop included a room of video games. Nearby, an area is blocked off for construction, with a sign stating that a new permanent exhibition dedicated to the career of Jim Henson will be opening later in 2015. Given how the museum is so well-dedicated to the process of making films & TV now, I can only imagine the amazing “Muppets” and “Sesame Street” creations that will be featured.

Between the permanent galleries (both current & forthcoming) and the excellent temporary exhibitions, I look forward to going back to visit the Museum of the Moving Image in New York again someday to see what’s new.