After Riga, Latvia, my next destination was Tallinn, Estonia. I could have flown or taken a train, but taking a Lux Express bus was actually both the cheapest and most likely the fastest option.

The Riga coach station is easy to find. It’s right next to Riga Central Market, which is nice if you want to grab some snacks before the journey. The bus station has a large sign reading “Autoosta” on the roof. As far as bus stations go, it was surprisingly bright and not dodgy, though I did have a couple of people politely ask me for spare change. 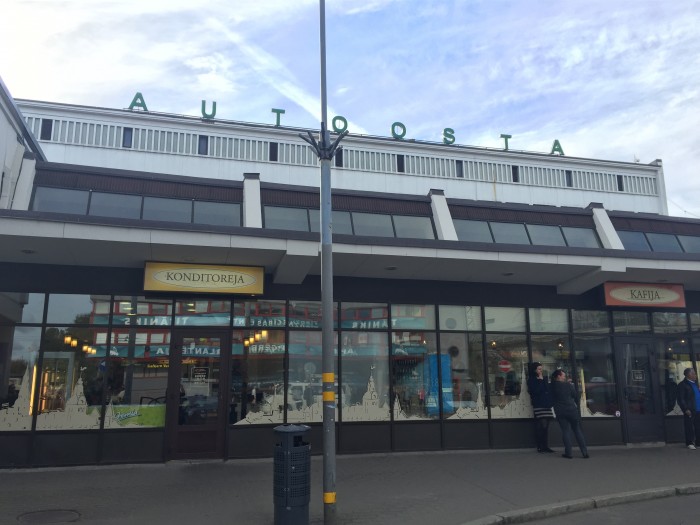 The bus arrived about 15 minutes before the scheduled departure time, and most passengers also arrived then, since seats were pre-assigned. There are a couple of main bus companies that run between Riga & Tallinn. I had chosen Lux Express because it sounded fancy. 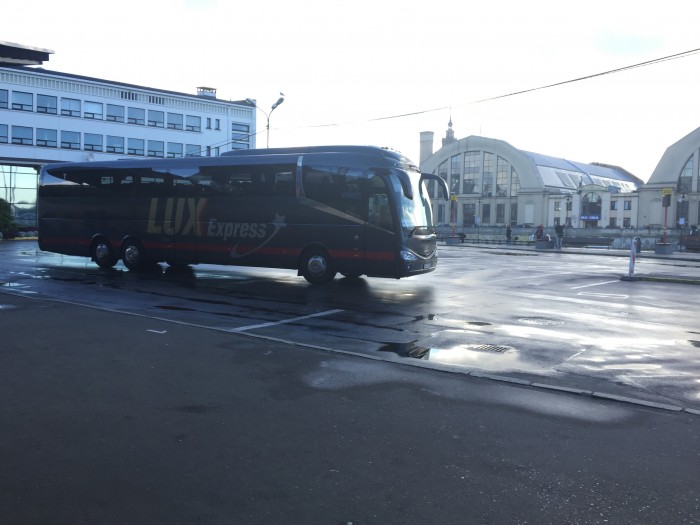 The bus was fairly luxurious as far as buses go. While not nearly as nice as the long-distance buses I rode in Argentina, it was still more than comfortable enough for the ride. It was also helpful that the bus was only about half full leaving Riga. A couple more people got on at stops on our way out of the city, but I had my row to myself the entire way. 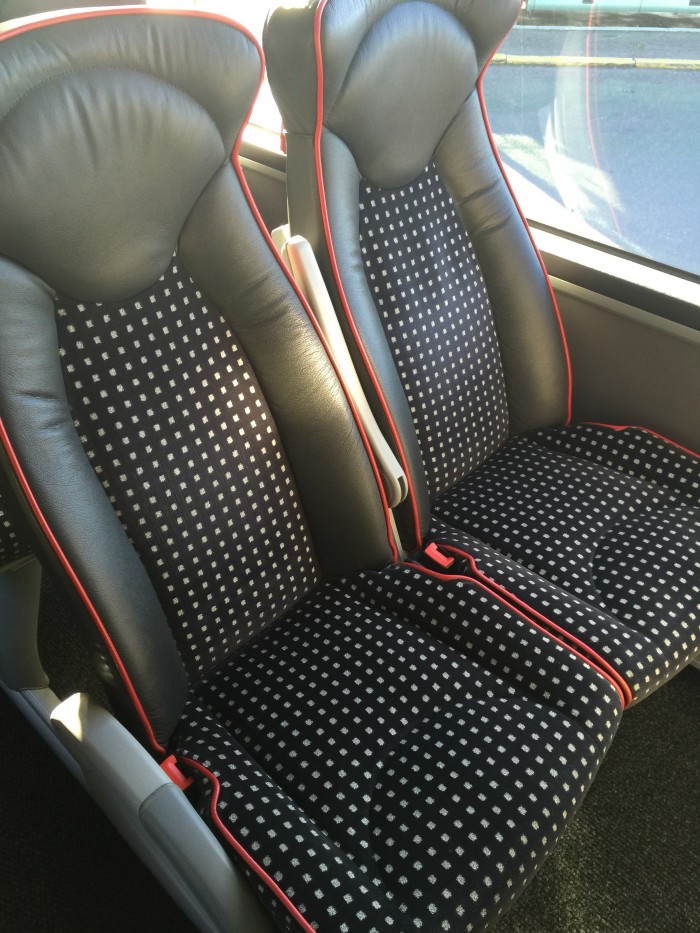 There was a coffee machine on board. Sure, the drinks weren’t high quality, but bus coffee machine coffee is better than no coffee at all (plus they also had other drinks such as hot chocolate, which was what I had). 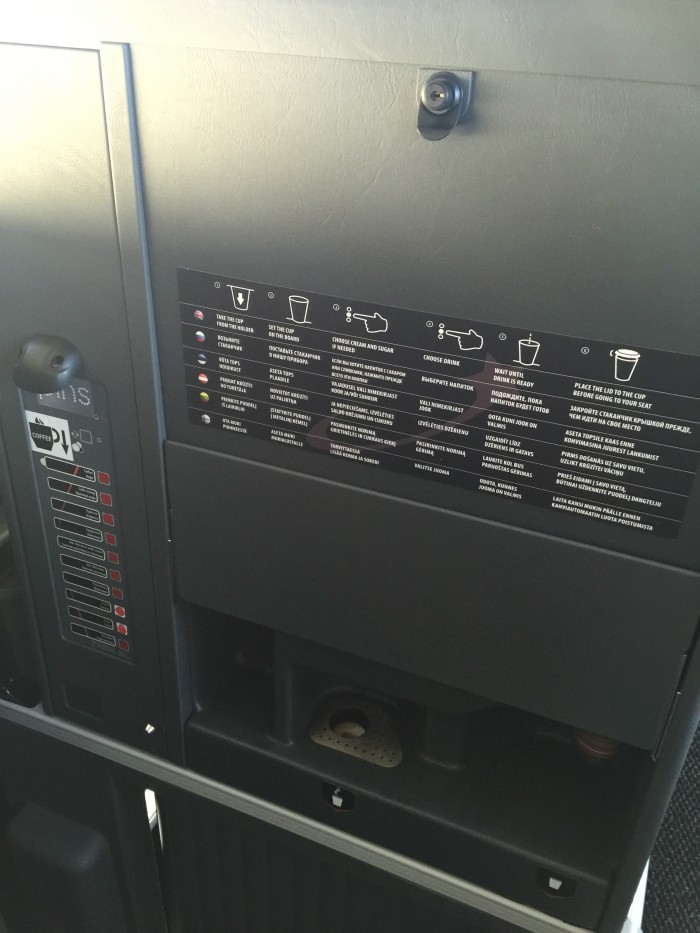 There were also personal video screens at every seat, with a decent selection of movies in multiple languages. I watched The Imitation Game, which was fantastic, as well as Kingsman: The Secret Service, which I enjoyed a lot more than I thought I would. The bus also had Wifi and power outlets. 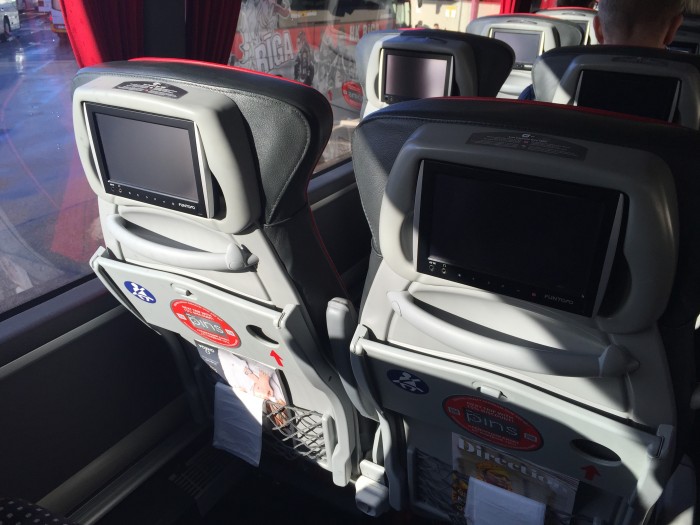 The entire journey did take 4.5 hours, thanks to the lack of major highways for much of the way. Even when the roads were straighter and wider, there were speed limits for buses, adding to the time.

On a related note, I recommend always wearing a seatbelt on a bus if one is offered. There are always stories in the news about major bus accidents, and part of what makes them so bad is that very few people take the simple step to protect themselves.

The ride from Riga to Tallinn passes through alternating forests and countryside. I spotted some people who appeared to be foraging in the forests. 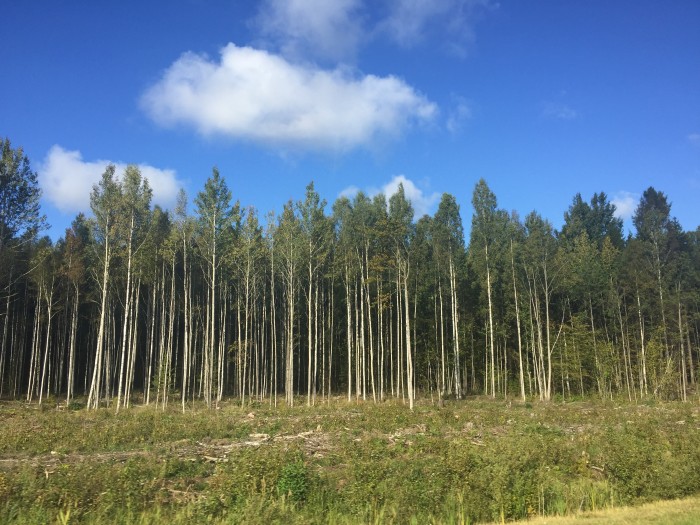 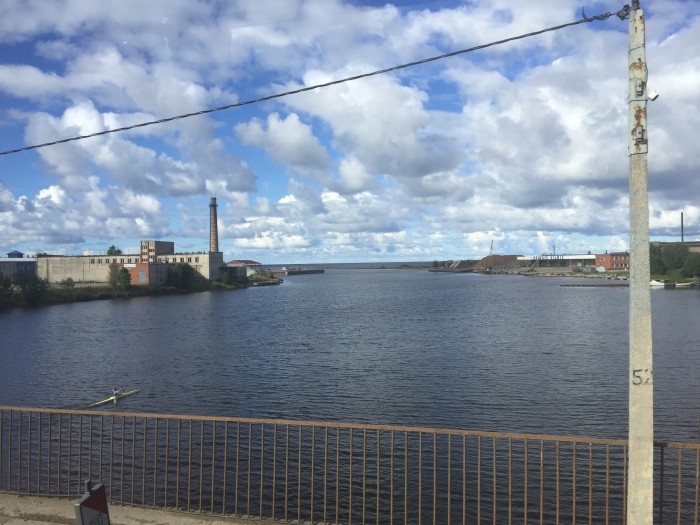 We eventually made it to Tallinn. The Tallinn coach station is located a bit outside of the city center, which will make sense once you see that the old Medieval town center is mostly pedestrianized. There is a light rail line that runs from a block or so away from the bus station to the city center. The bus station is called the “bussijaam”, which sounds like a fun party. 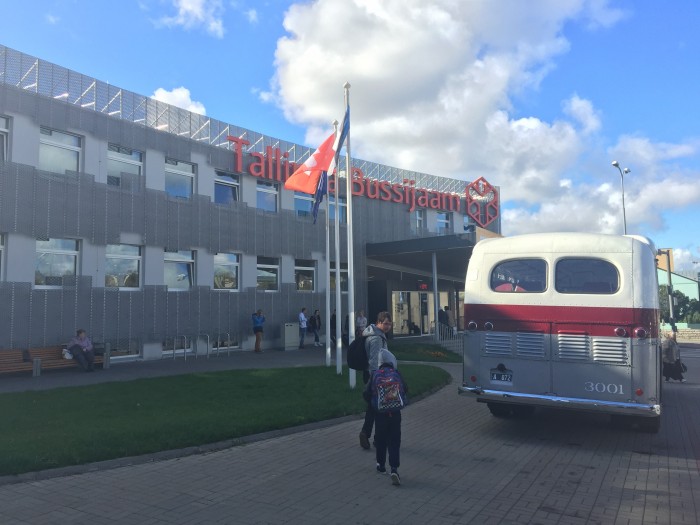 Overall, the bus ride from Riga to Tallinn was comfortable and uneventful. At just 16 Euros, it was a great cheap way to travel between the two Baltic capitals.