When I was in Riga, Latvia, I was somewhat surprised to see that despite the weather beginning to change, Latvians were still outside taking in the last of the sun before winter would arrive. I visited Riga in early autumn, but there were still plenty of events being held outside, along with the famed Riga Central Market. I ate well when I was in Riga. Like the rest of Eastern Europe, Latvian cuisine can be considered hearty. Thick breads, meat, cheese, and other baked goods are some of the most popular items, but vegetarians will find plenty to enjoy as well.

Riga Central Market is one of the largest markets in all of Europe, which is remarkable since Riga doesn’t come off as a huge city. 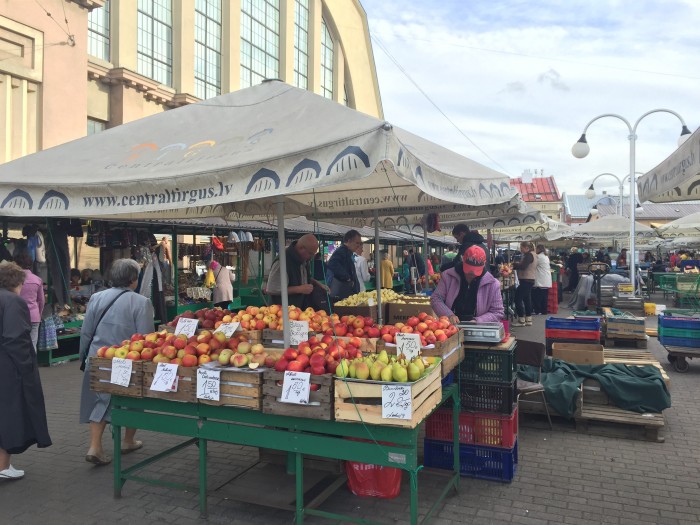 When I first arrived at Riga Central Market on a Saturday afternoon, I didn’t think much of it. Sure, there were some produce tents set up outside. However, the market building I entered wasn’t too busy, and it only contained butcher shops. It was rather one dimensional, though the cured meats did smell amazing. Surely this couldn’t be the entire famous market? 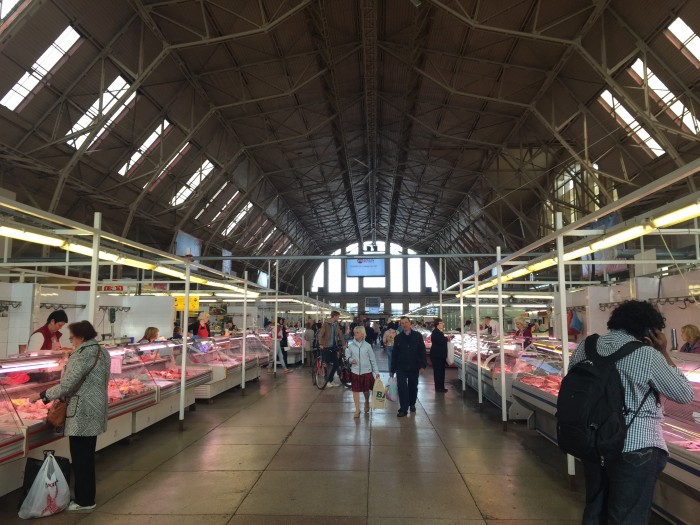 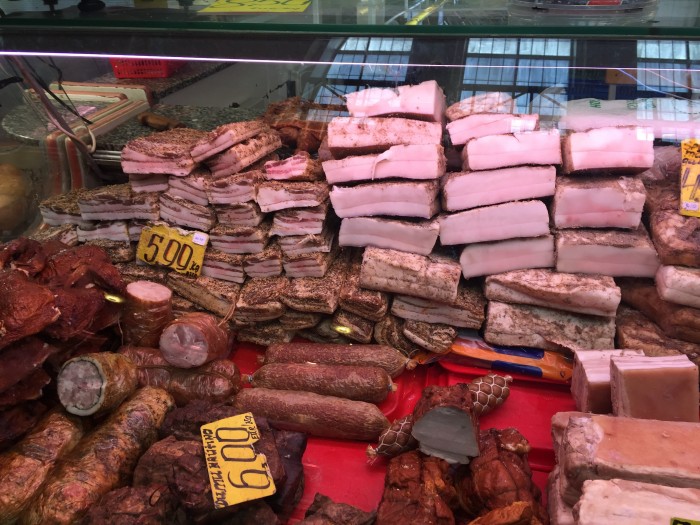 Of course it wasn’t. I went outside and spotted another building across the way. Which led to another building. And then another. Then one more after that. There are five huge buildings in the Riga Central Market, all former German zeppelin hangars. Food is a much better use for them. 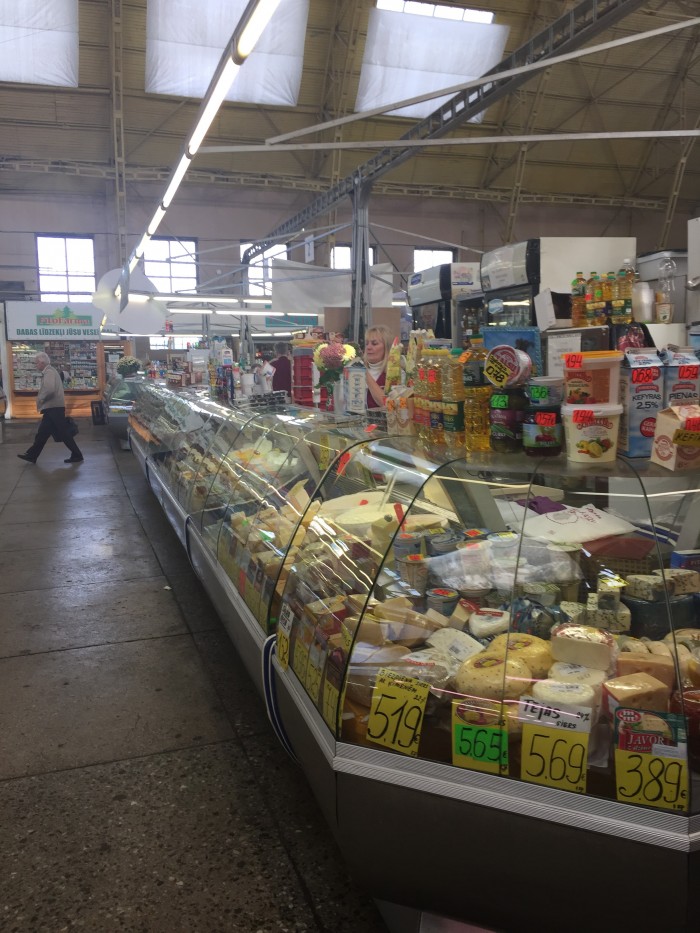 The Riga Central Market is a feast of fresh fruit & vegetables, meats, pastries, breads, flowers, seafood, cheese, and so much more. 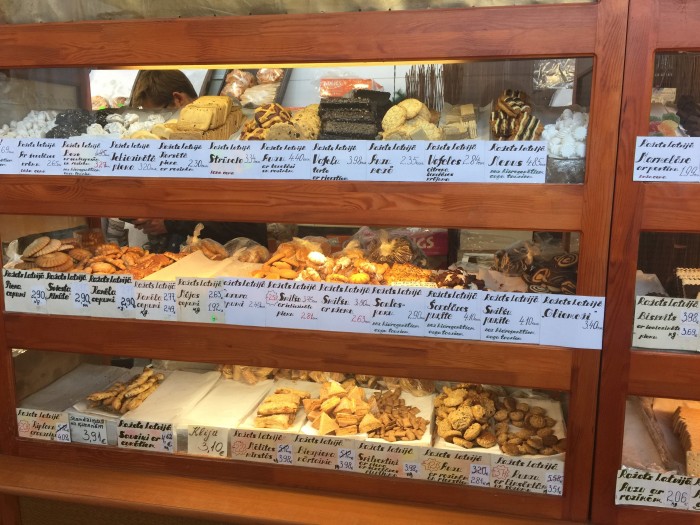 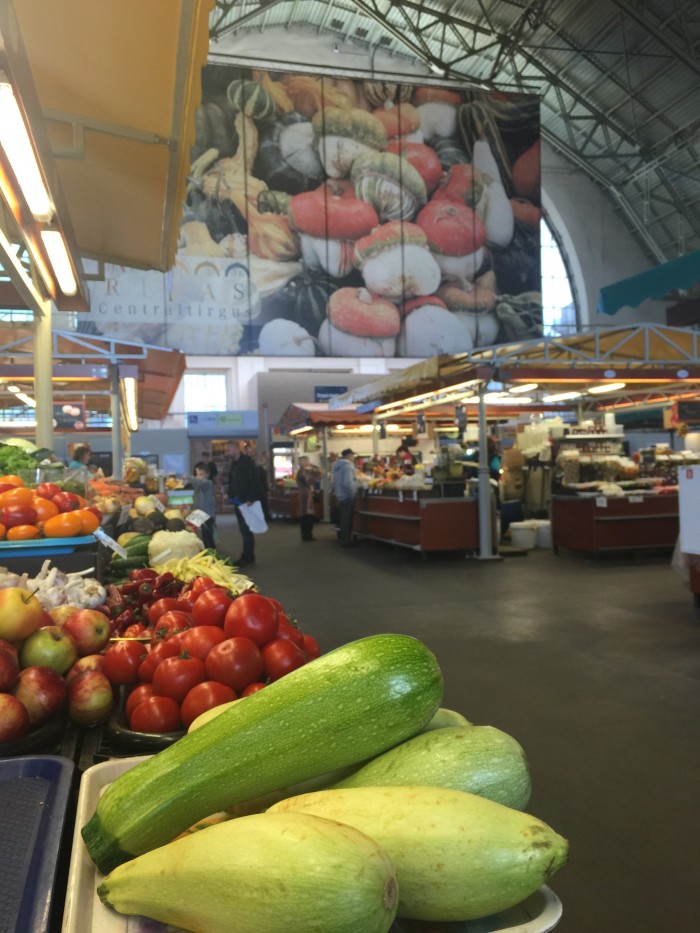 There are even a few bars scattered throughout in case you need a break from shopping and eating. One of these bars is a smaller market outpost of Alus Darbnīca Labietis, my favorite brewery in Riga. 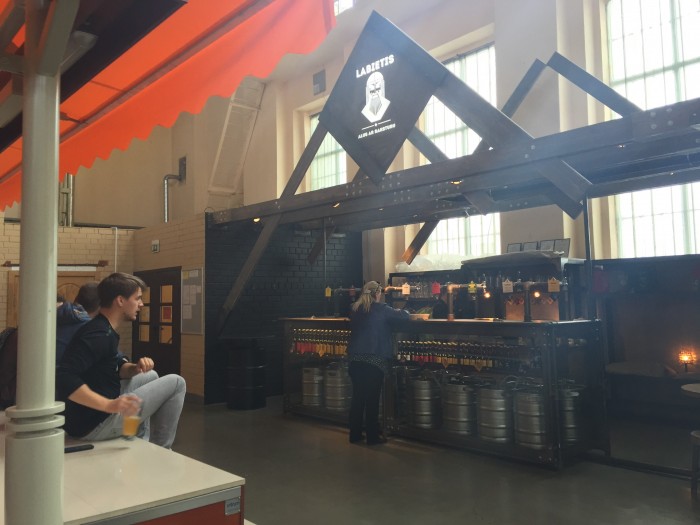 The dense pedestrianized center of Riga is a great place for a street fair. I happened to be there during an autumn harvest festival called Mikeldienas Gadatirgus (Michaelmas Fair) There was plenty of street food, along with other stalls selling arts and crafts. 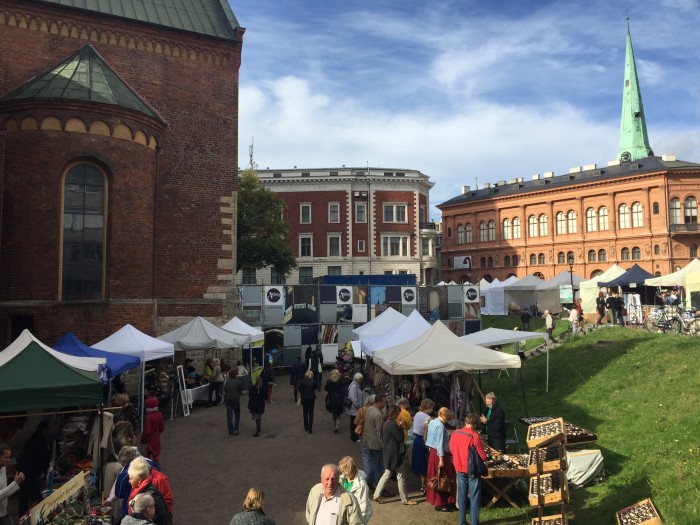 In the center of the square, a stage had been set up, with performances of Latvian dancing & music taking place throughout the day. It was a great atmosphere for wandering around the narrow streets and alleyways. 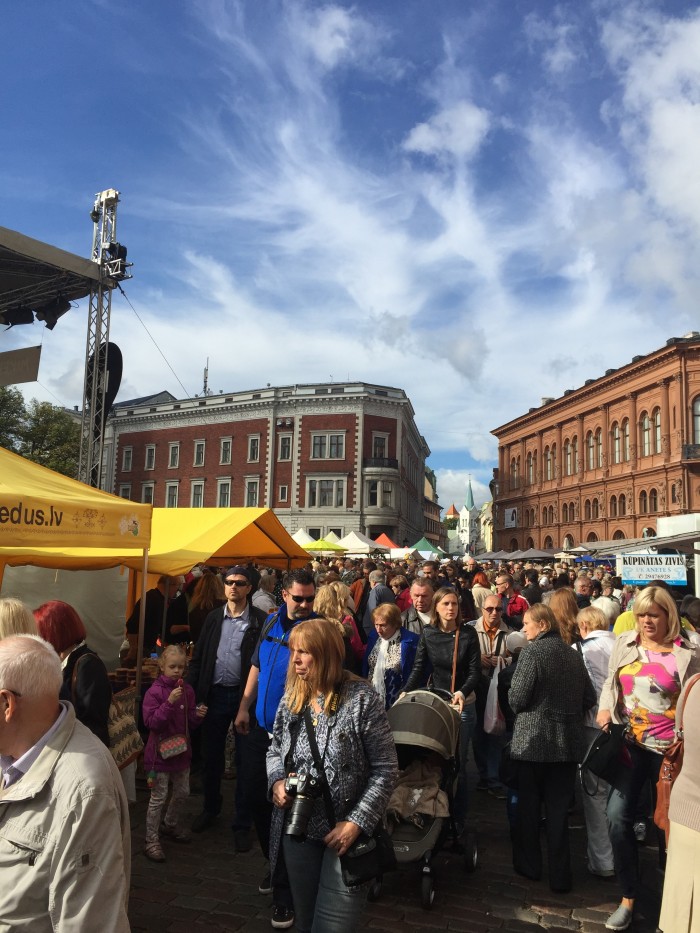 Here are a couple of videos of the performances at the fair:

I’ll be covering Folkklubs Ala Pagrabs more in my post about craft beer in Riga, but I had an excellent meal in the live music venue & bar. I thought I had ordered a couple of appetizers that together would be a good meal, but instead I received a feast that was far more than I could eat.

I started with the Beer platter with garlic bread, local cheese and smoked meat. At only 4 Euros, I expected it to be small. Instead, I got this: 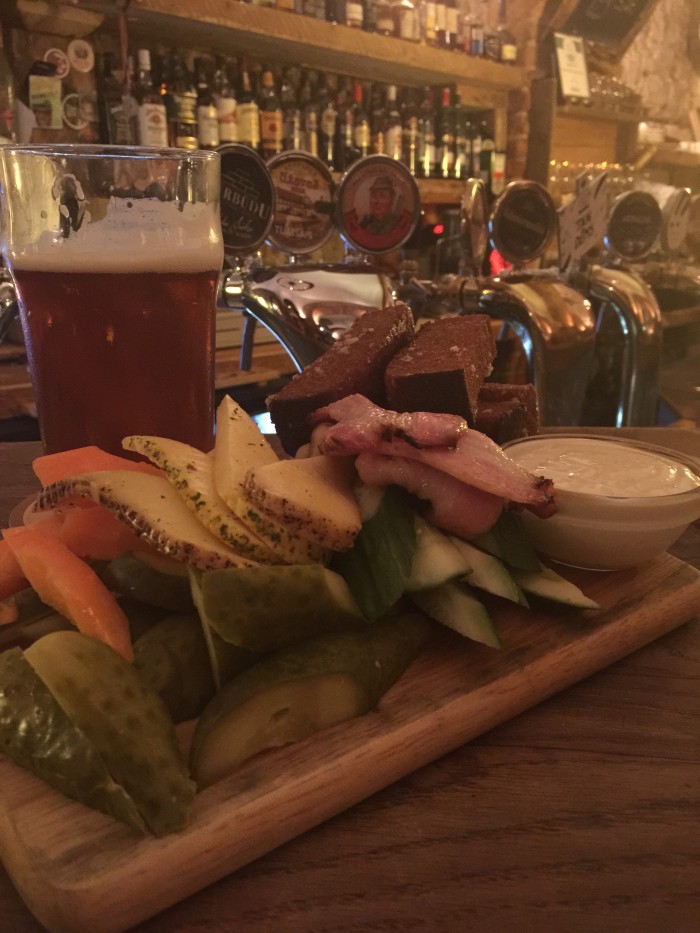 Not expecting that massive feast, I had also ordered the traditional potato pancakes with smoked bacon. Unsurprisingly, this was also a ridiculous amount of food for around 4 Euros. 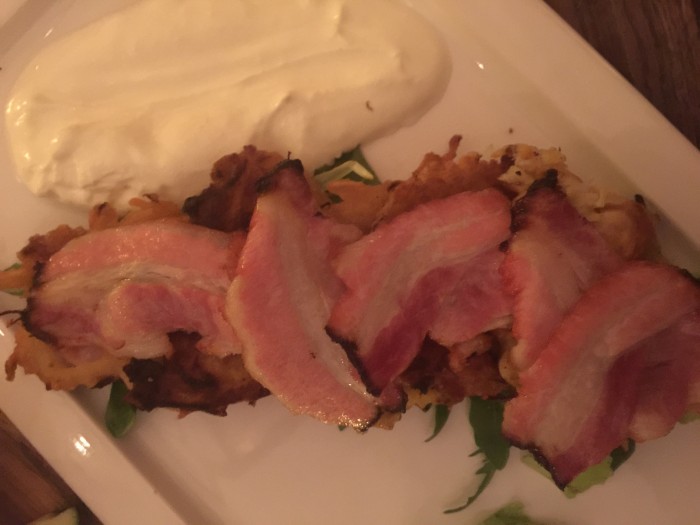 It was my first day, but I had learned that Latvia can be very cheap.

Province is a traditional Latvian restaurant right in the center of old town Riga. While one might consider it a bit touristy given it’s location, the food is fantastic. There is space indoors along with an outside patio. Despite it being a bit chilly, I sat outside, but I was given a blanket which help kept me warm. I also felt like I was FDR. 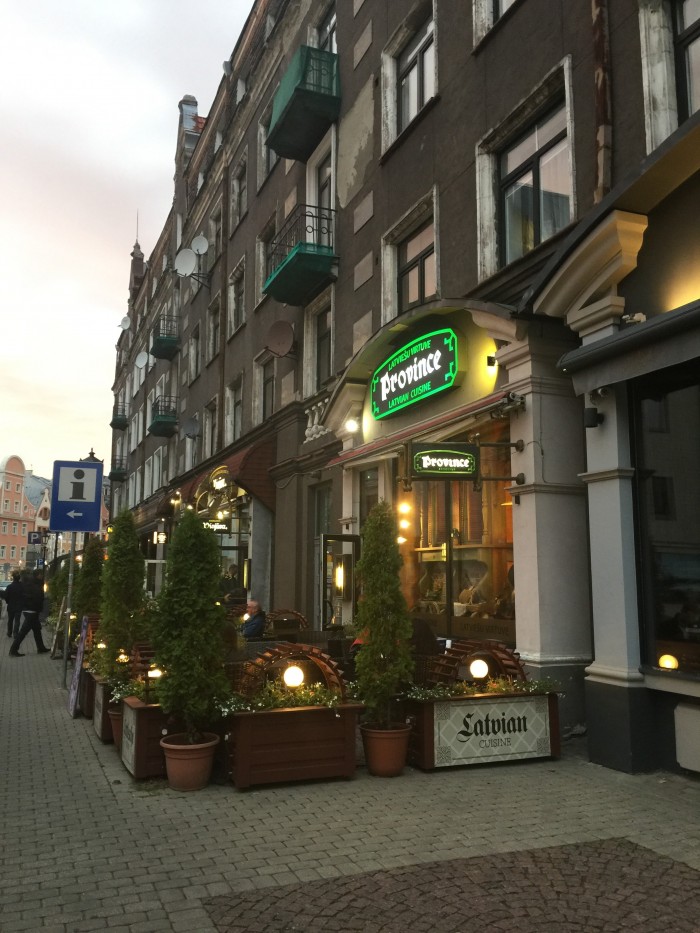 On my second night in Riga, I had a hearty dinner while watching people pass by through the old town. I started with garlic bread with cheese sauce, along with pea soup with smoked bacon. The garlic bread was delicious in both the cheese sauce and the soup. 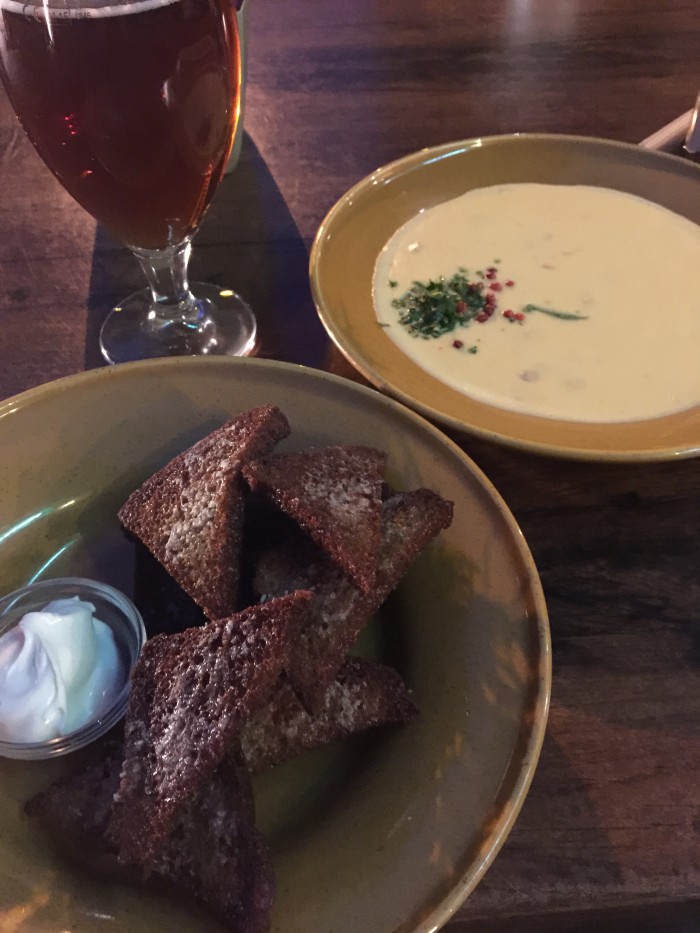 For my main course, I had the meat dumplings, which were especially excellent, as they were filled with perfectly spiced meat. Riga, Latvia is heaven for those who like good, hearty meals. Vegetarians might struggle a bit at times (aside from the market), but if you like meats, cheeses, and breads, you’ll be very happy.